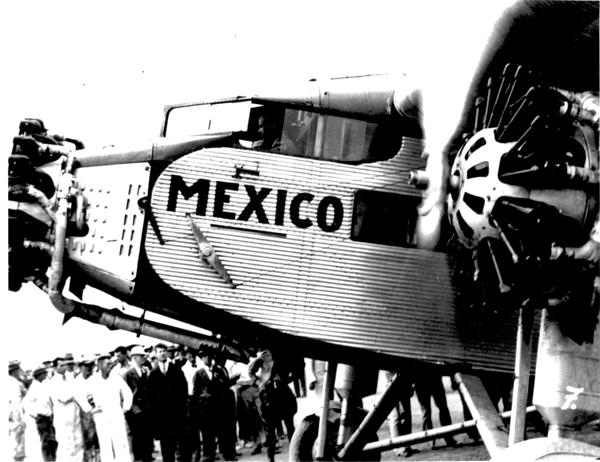 In February 1929, after eight years of operation, Pan Am CEO Juan Trippe took over Mexicana and opened the carrier’s first international route from its base in Mexico City to Brownsville, Texas via Tuxpan and Tampico. The first flight drew a crowd not only for its famous pilot but for its new airplane. It was piloted by Charles Lindbergh, shown here in the cockpit of the three-engined, nine-passenger Ford Trimotor, built in 1927. 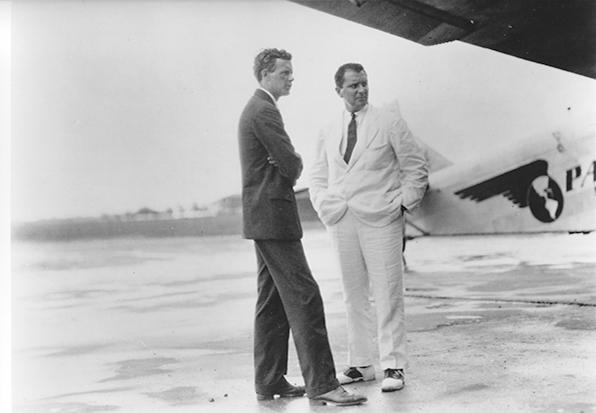 Juan Trippe (right), Pan Am founder, chats with aviation pioneer Charles Lindbergh. Lindbergh was a technical adviser to Pan Am, having flown many survey flights for the airline in the 1930s.