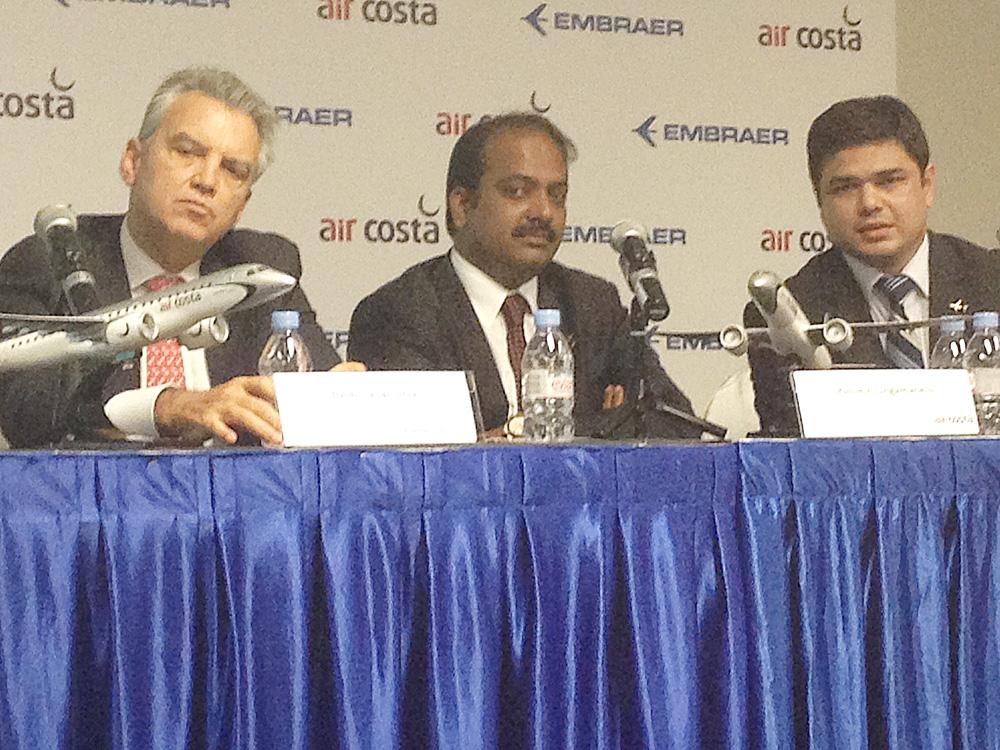 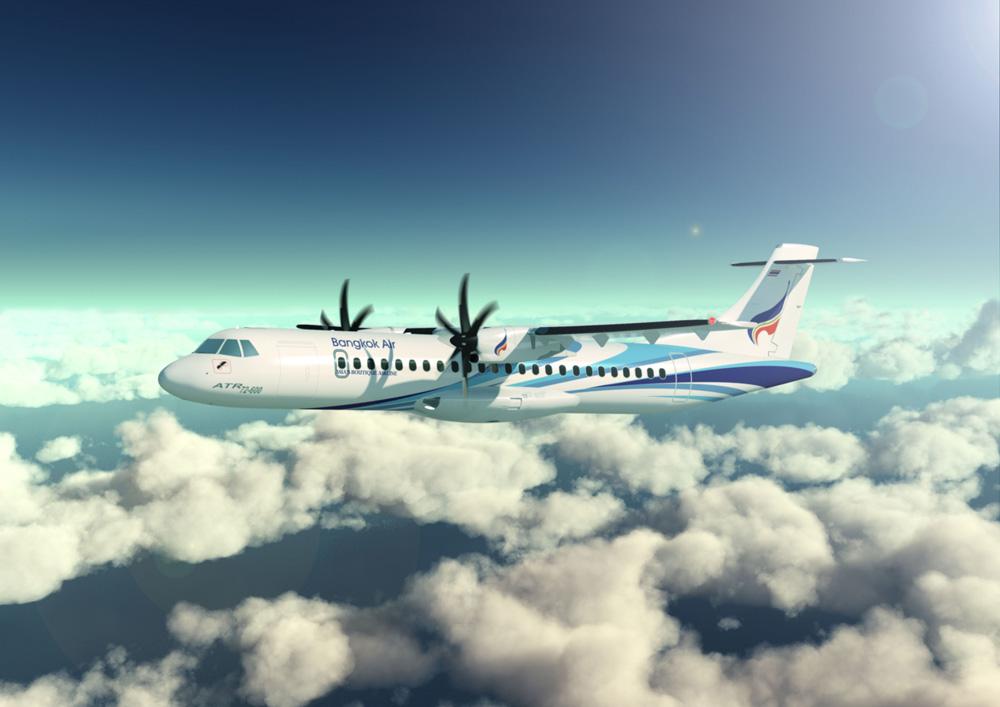 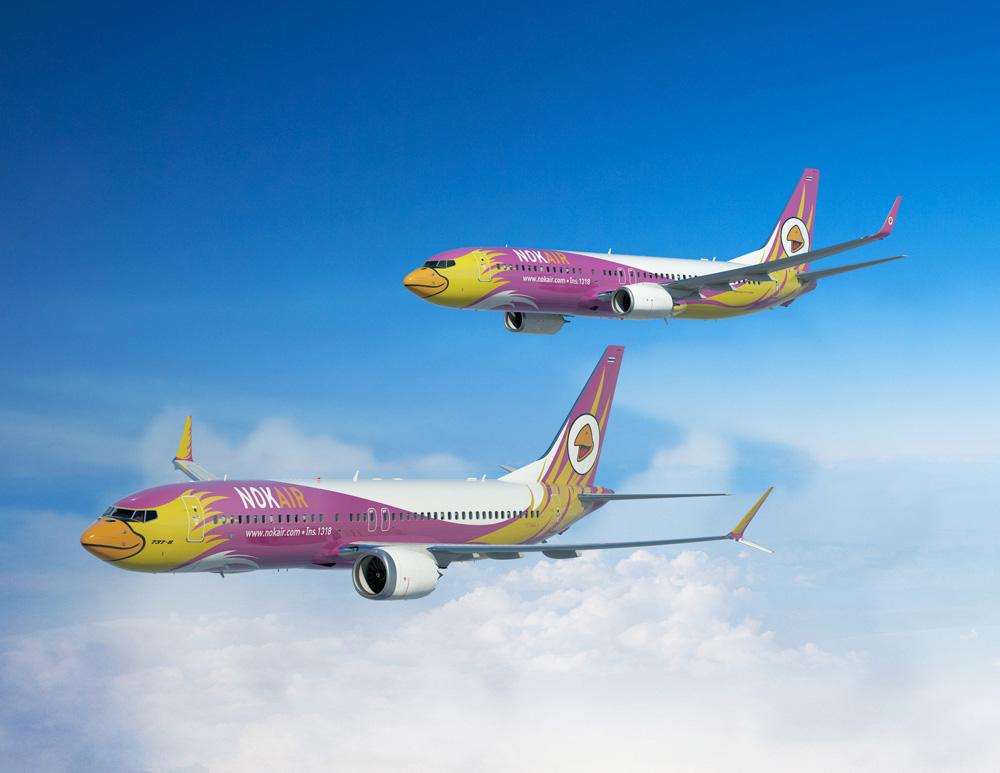 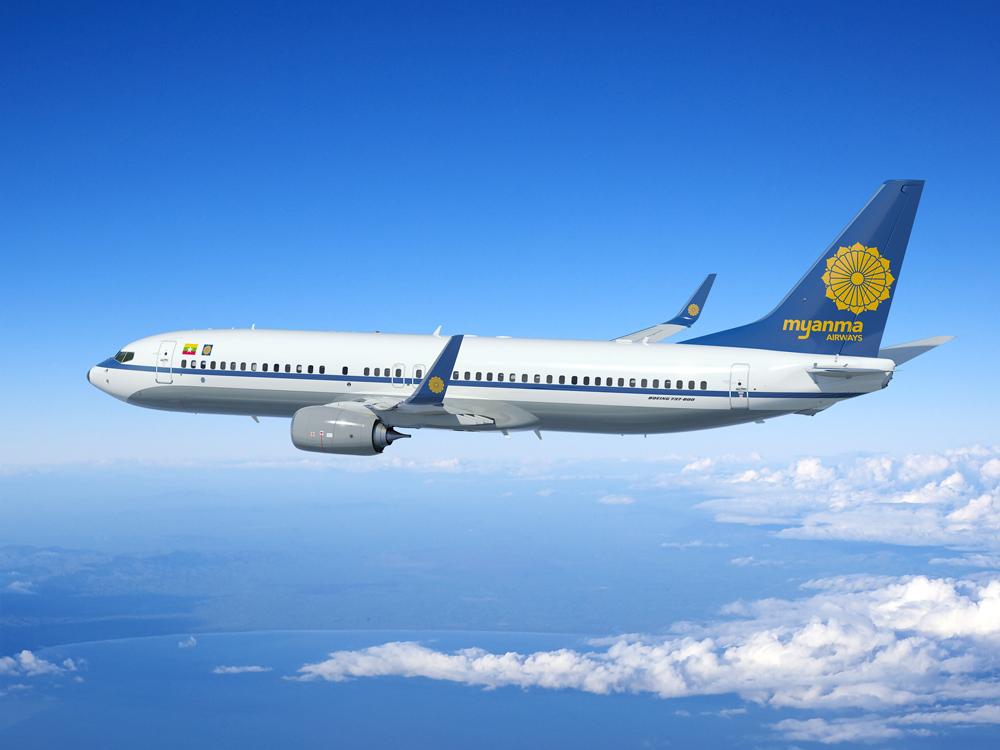 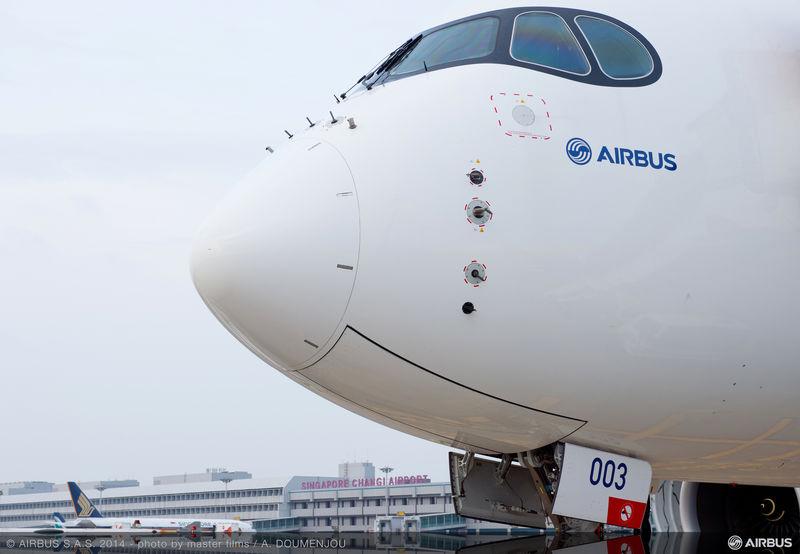 The A350 XWB flight test aircraft (MSN3) arrives at Singapore Changi Airport for the Singapore Airshow where it will perform its first ever airshow flying display on Feb. 11-12. Courtesy, Airbus 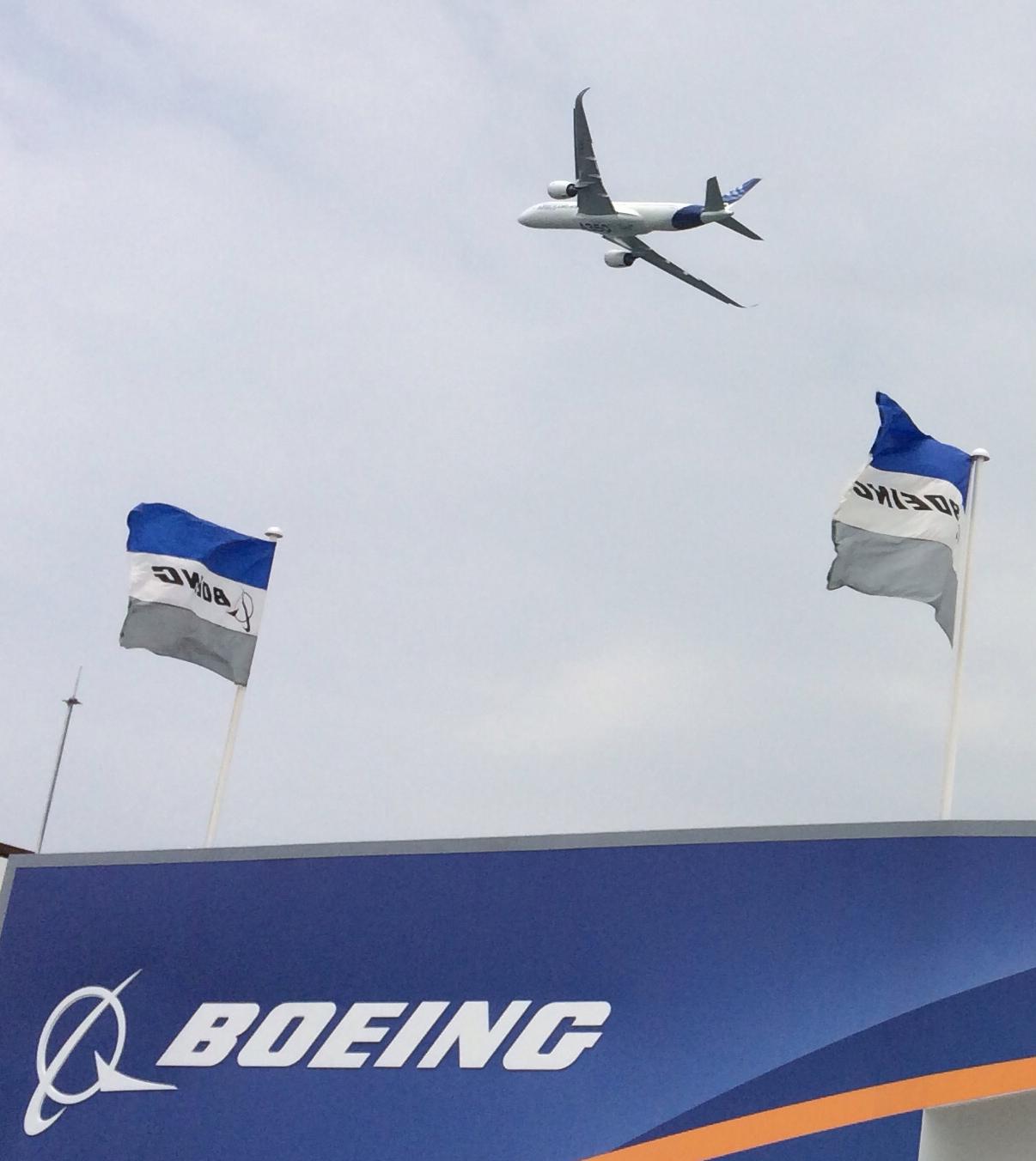