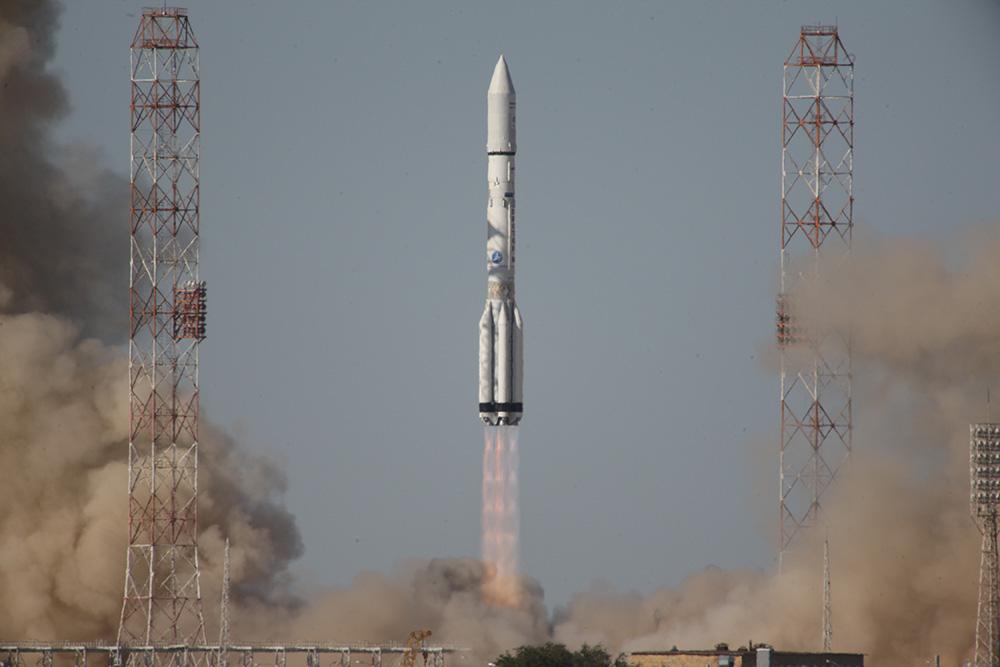 Global mobile satellite communications services provider Inmarsat launched the third satellite in its Global Xpress program, Inmarsat-5 F3 (I-5 F3), on Aug. 28. The third Boeing-built Inmarsat-5 satellite was launched from the Baikonur Cosmodrome in Kazakhstan on an International Launch Services Proton Breeze M launch vehicle and is now in orbit. 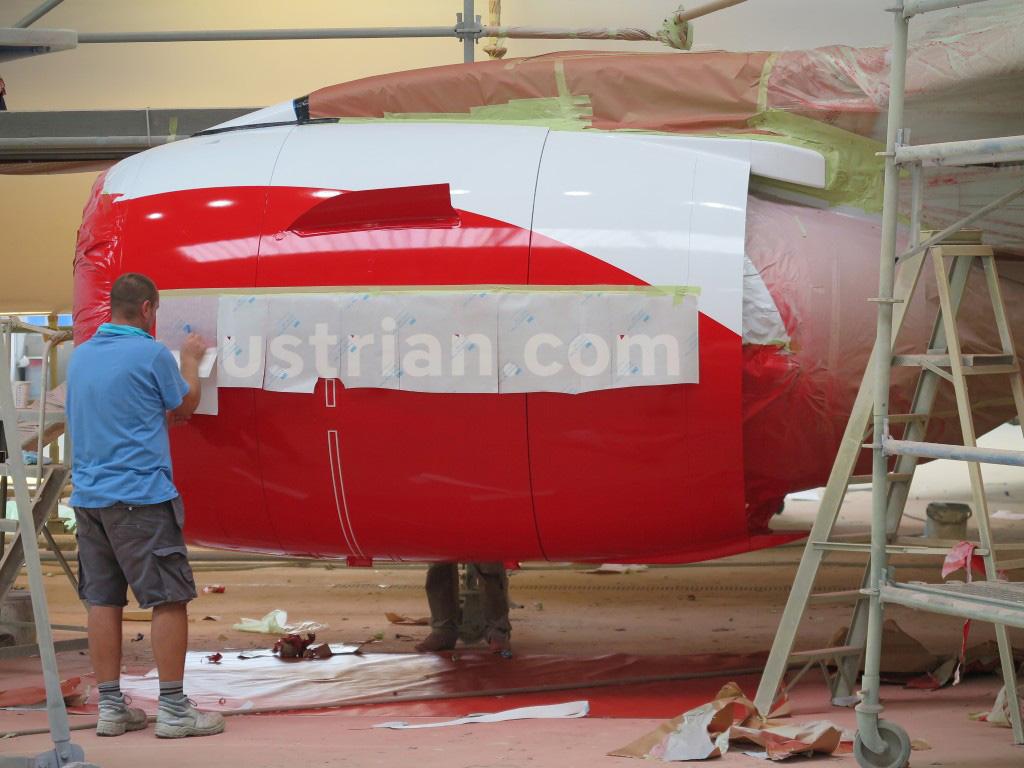 Lufthansa subsidiary Austrian Airlines is preparing to receive the first of 17 modified Embraer E-195s. The first 120-seat jet will be used on training purposes initially before transitioning to revenue service. The first commercial flight is scheduled for January 2016. A second aircraft is expected to join the fleet in September. Austrian acquired 17 former Lufthansa CityLine Embraer E-195s at a list price of nearly $900 million to replace its aging Fokker 70/100 fleet. Pictured: Embraer E-195 receives new coat of paint 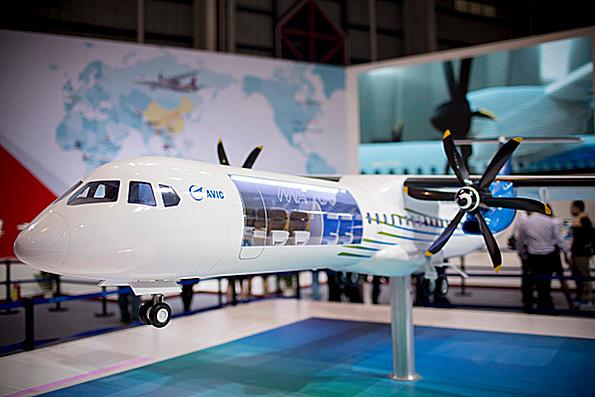 The Aviation Corp. of China (AVIC) has received 185 orders for the Chinese regional turboprop MA700 from 11 customers. 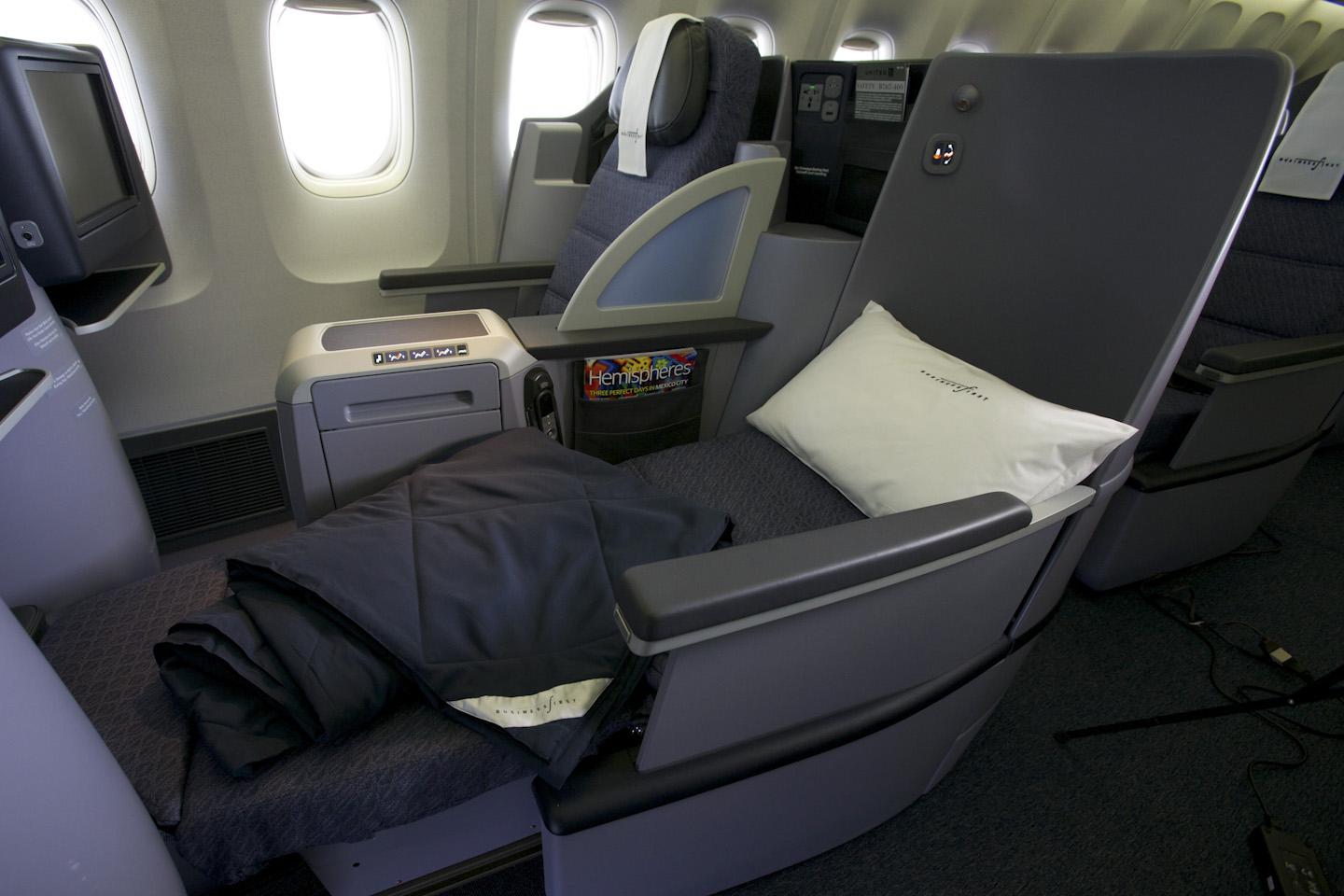 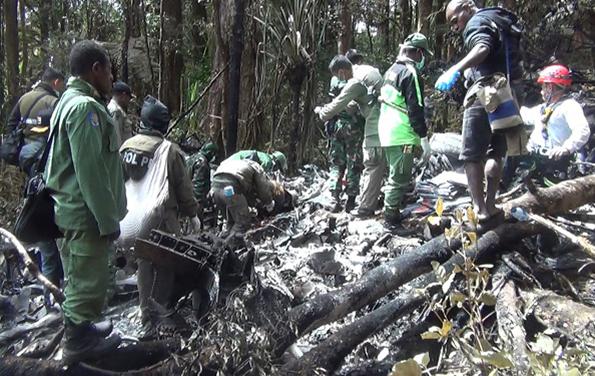 Search teams have recovered the flight recorders of the Trigana Air Services ATR 42-300 that crashed in Indonesia’s Papua province on Aug. 16. 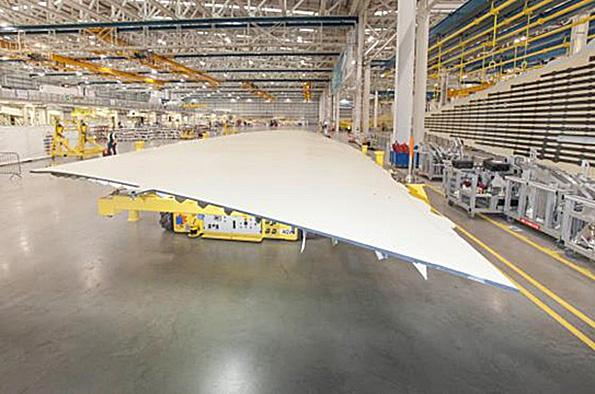 Airbus has begun assembling wings for the first A350-1000 at Broughton, North Wales, according to a statement by the European manufacturer. 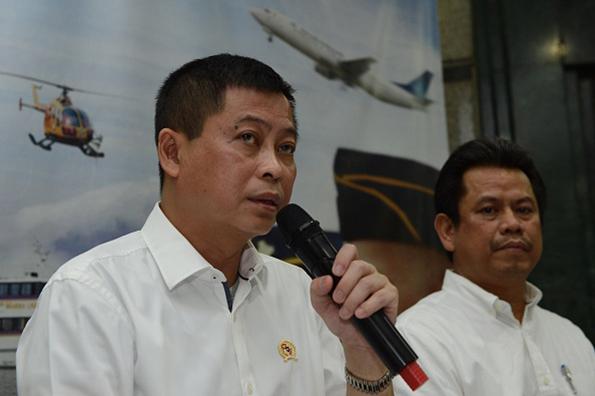 Indonesia’s Transport Minister Ignasius Jonan confirmed a Jakarta-based Trigana Air Service ATR 42-300, carrying 49 passengers and five crew, crashed Aug. 16. The aircraft was on a domestic flight between Jayapura-Sentani Airport and Oksibil Airport in Indonesia. Wreckage was spotted on the slopes of Mount Tangok. 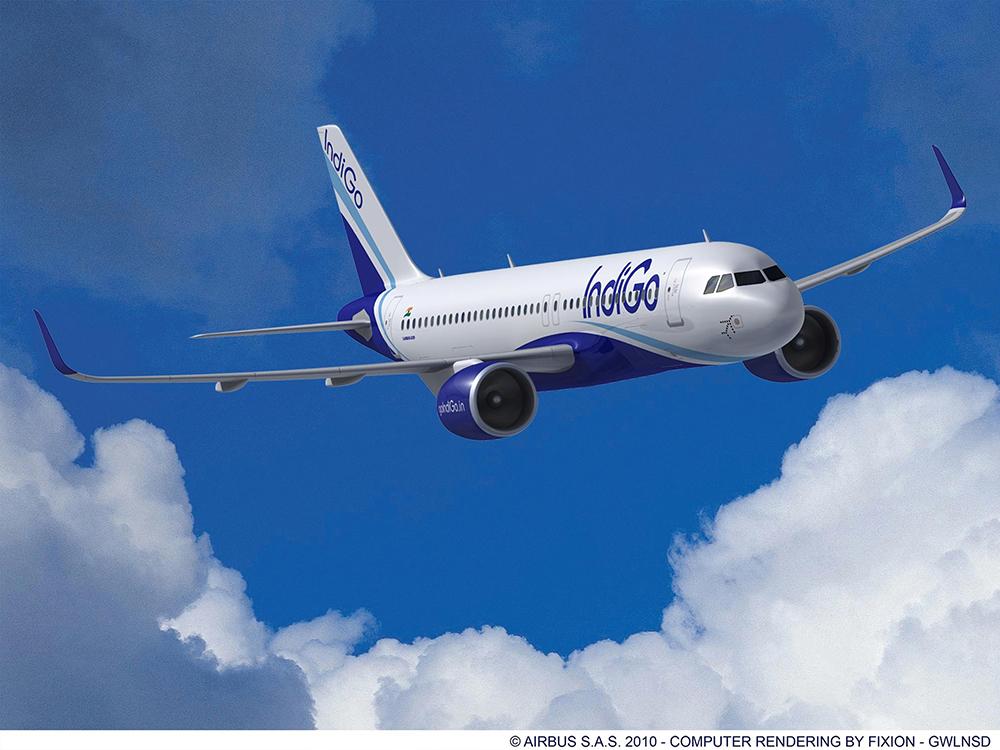 Indian low-cost carrier (LCC) IndiGo has firmed up commitments for 250 Airbus A320neo family aircraft. It is the largest order, in terms of number of aircraft, Airbus has ever won in a single contract. The order is valued at $26.55 billion at list prices. 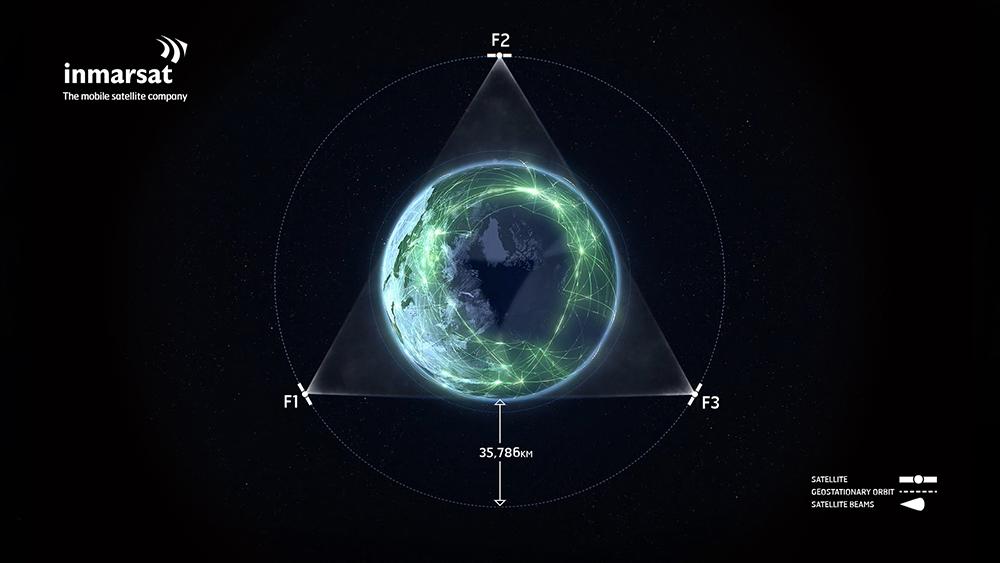 Global mobile satellite communications services provider Inmarsat confirmed the third satellite in its Global Xpress program—Inmarsat-5 F3—will launch Aug. 28. The third Global Xpress satellite to be launched, I-5 F3, will cover the Pacific Ocean region and will, together with Inmarsat-5 F1 (I-5 F1) and Inmarsat-5 F2 (I-5 F2), create the world’s first globally available, high-speed mobile broadband service, delivered through a single provider. 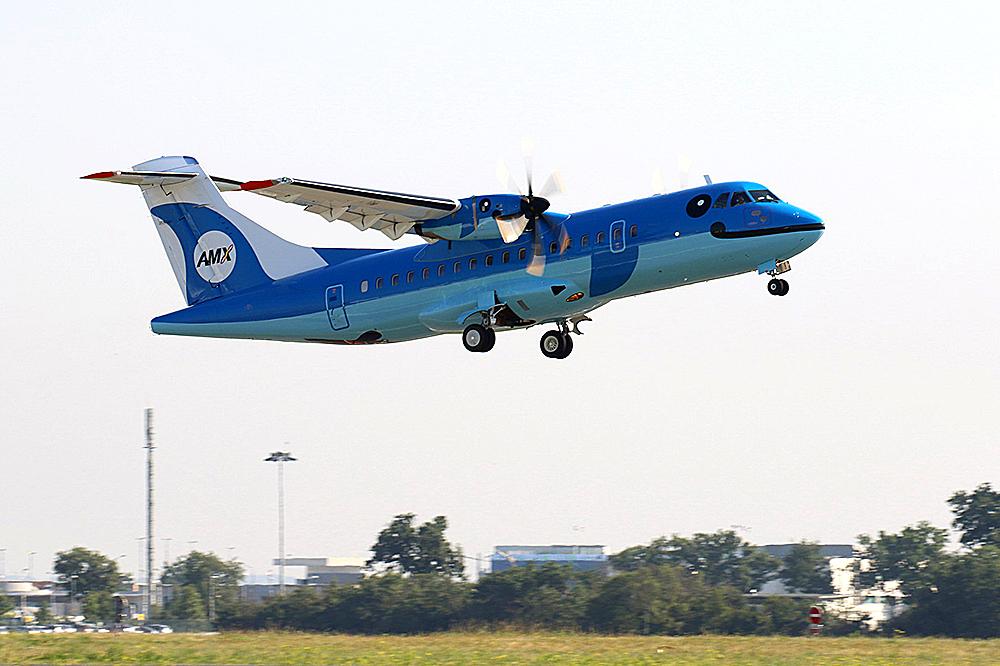 Japanese regional carrier Amakusa Airlines has taken delivery of its first ATR 42-600, making it the first ATR operator in Japan. 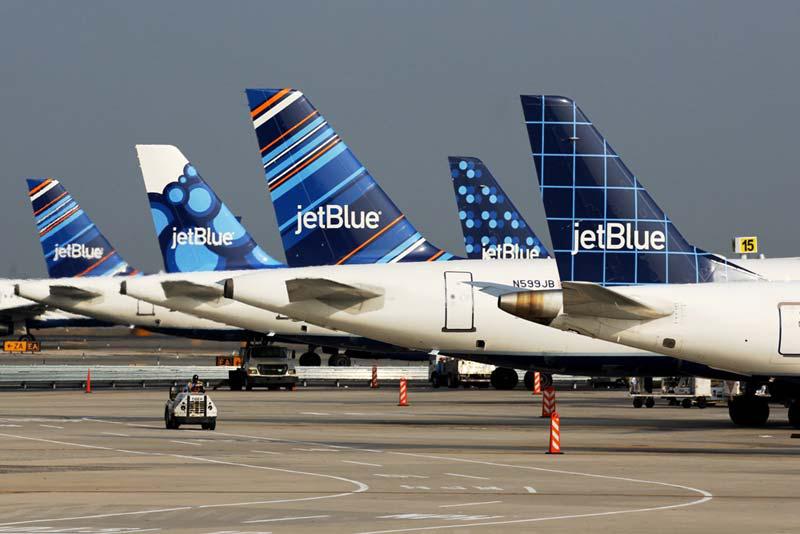 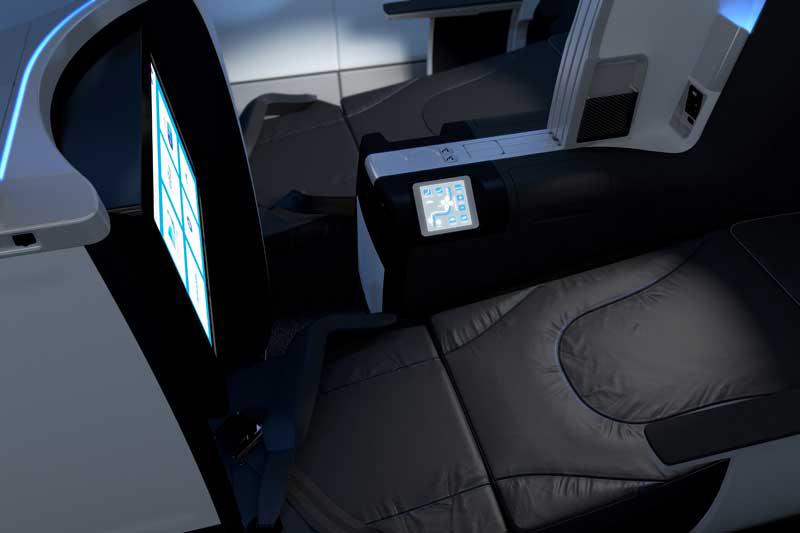 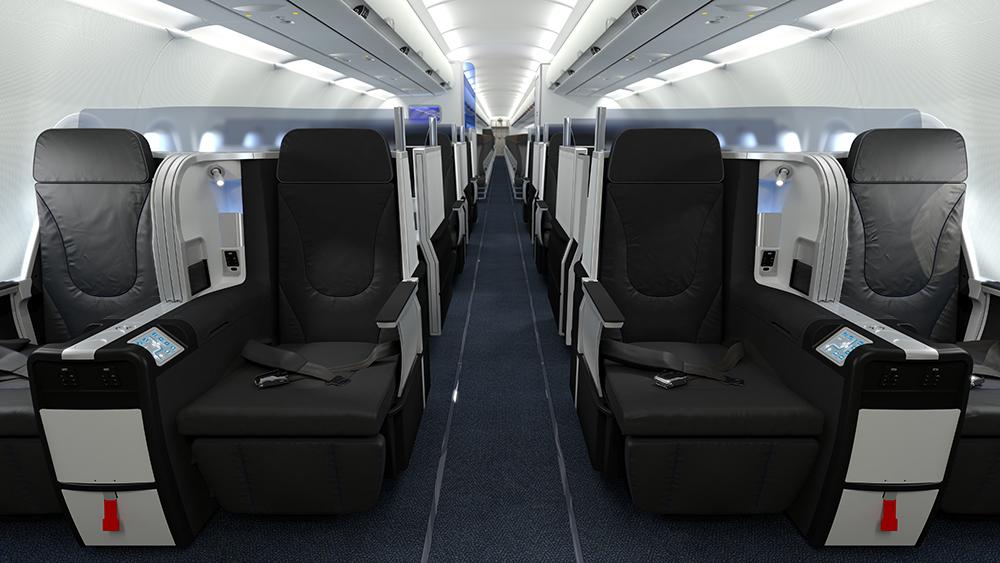 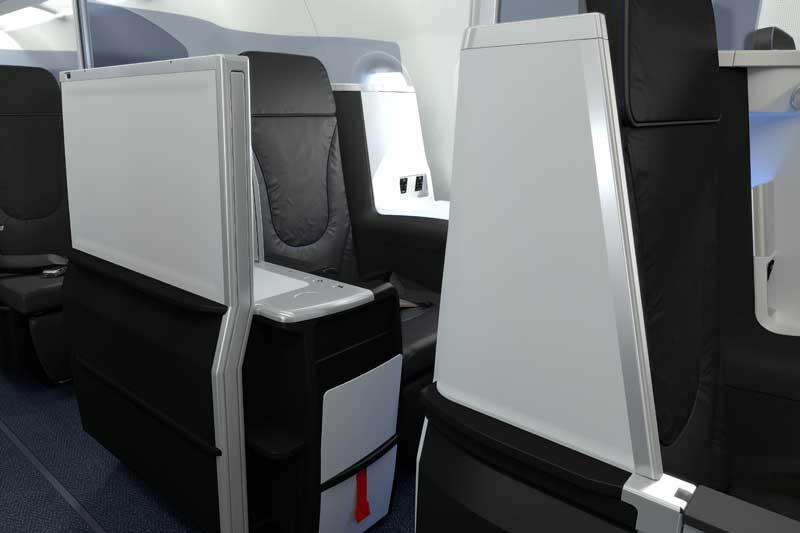 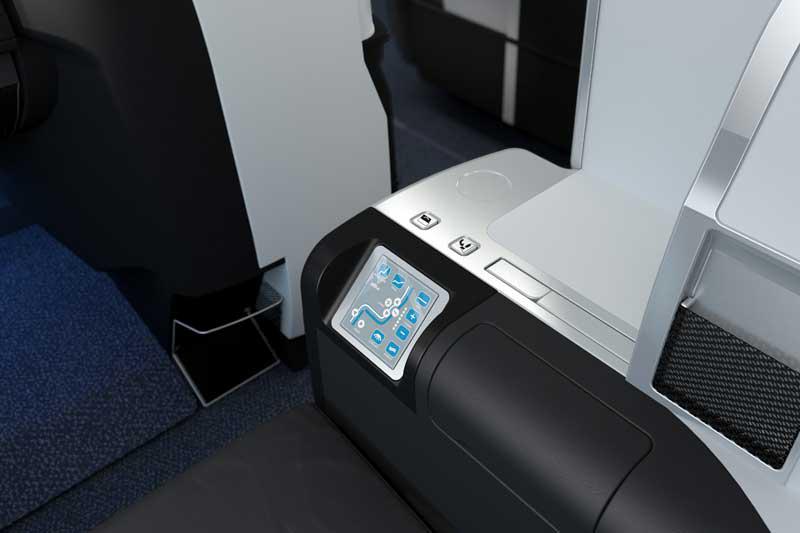 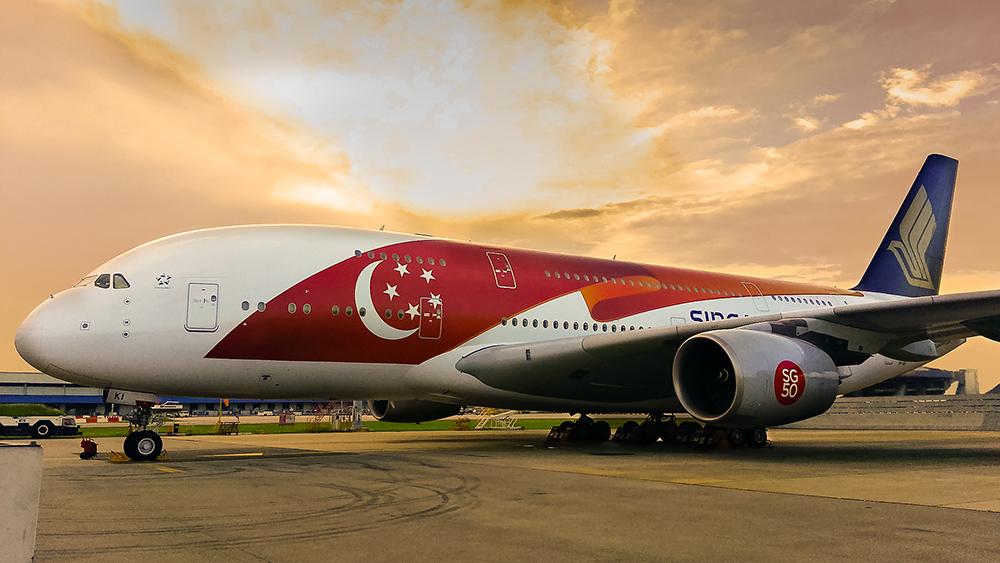 Singapore Airlines is celebrating Singapore’s 50 years of nationhood with a low-level flypast of a newly liveried Airbus A380 on Singapore’s National Day, Aug. 9.

This is the first time a civilian aircraft has participated in the country’s annual National Day Parade and will see the A380 in a special livery, featuring a 47m-long Singapore flag design on both sides of the fuselage.

The special anniversary livery will be used on two in-service aircraft, both of which will be used on routes to Beijing, Hong Kong, London, Mumbai, New Delhi, Shanghai, Sydney and Zurich.

As part of the National Day celebrations, the airline will also introduce its Premium Economy Class. 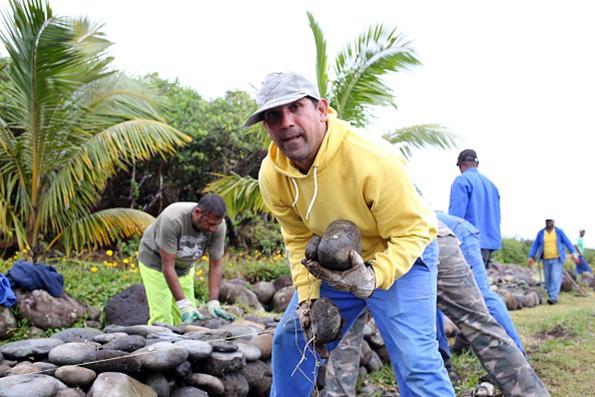 Johnny Begue, who stumbled across a piece of plane wreckage from Malaysia Airlines flight MH370, helps repair the costline in Saint-Andre on the east of the French island of La Reunion. Malaysia’s prime minister on Wednesday confirmed the piece of aircraft wing discovered on Reunion Island July 31 is from flight MH370, the Boeing 777-200 that disappeared last year. 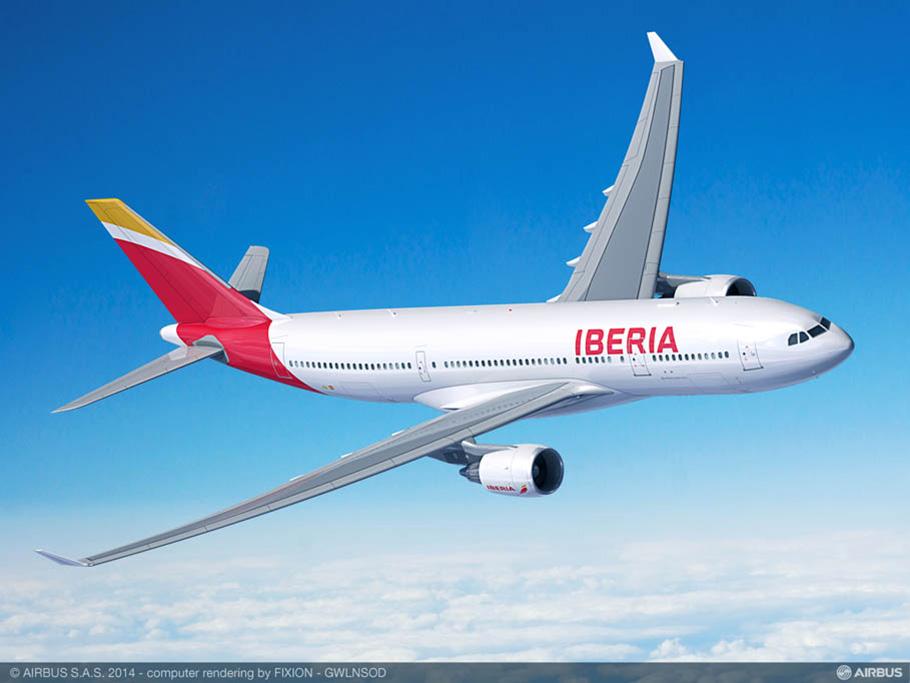 The aircraft will be delivered between 2020 and 2021 and can be used by any airline in the group for fleet replacement. The options were originally placed in August 2013.

IAG has also confirmed that it is converting eight A350-900 and three A330-200 long-haul aircraft options into firm orders for Iberia. 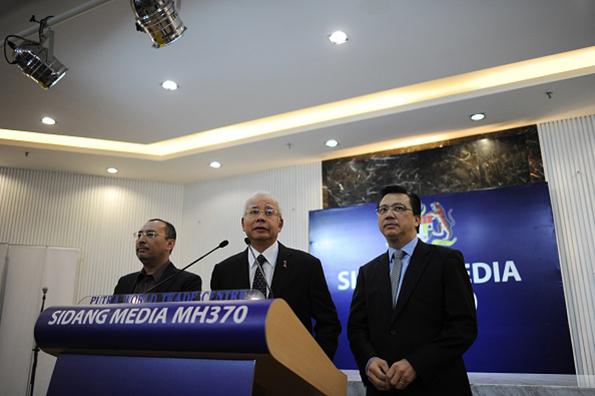 Reunion wing flap is from MH370

Malaysia’s prime minister has confirmed that the piece of aircraft wing discovered on Reunion Island last week is from flight MH370, the Malaysia Airlines Boeing 777-200 that disappeared last year.

Prime Minister Najib Razak says in a statement just released Aug. 5 that aircraft experts in Toulouse, France – where the part was taken for investigation—“have conclusively confirmed that the aircraft debris found on Reunion Island is indeed from MH370.” 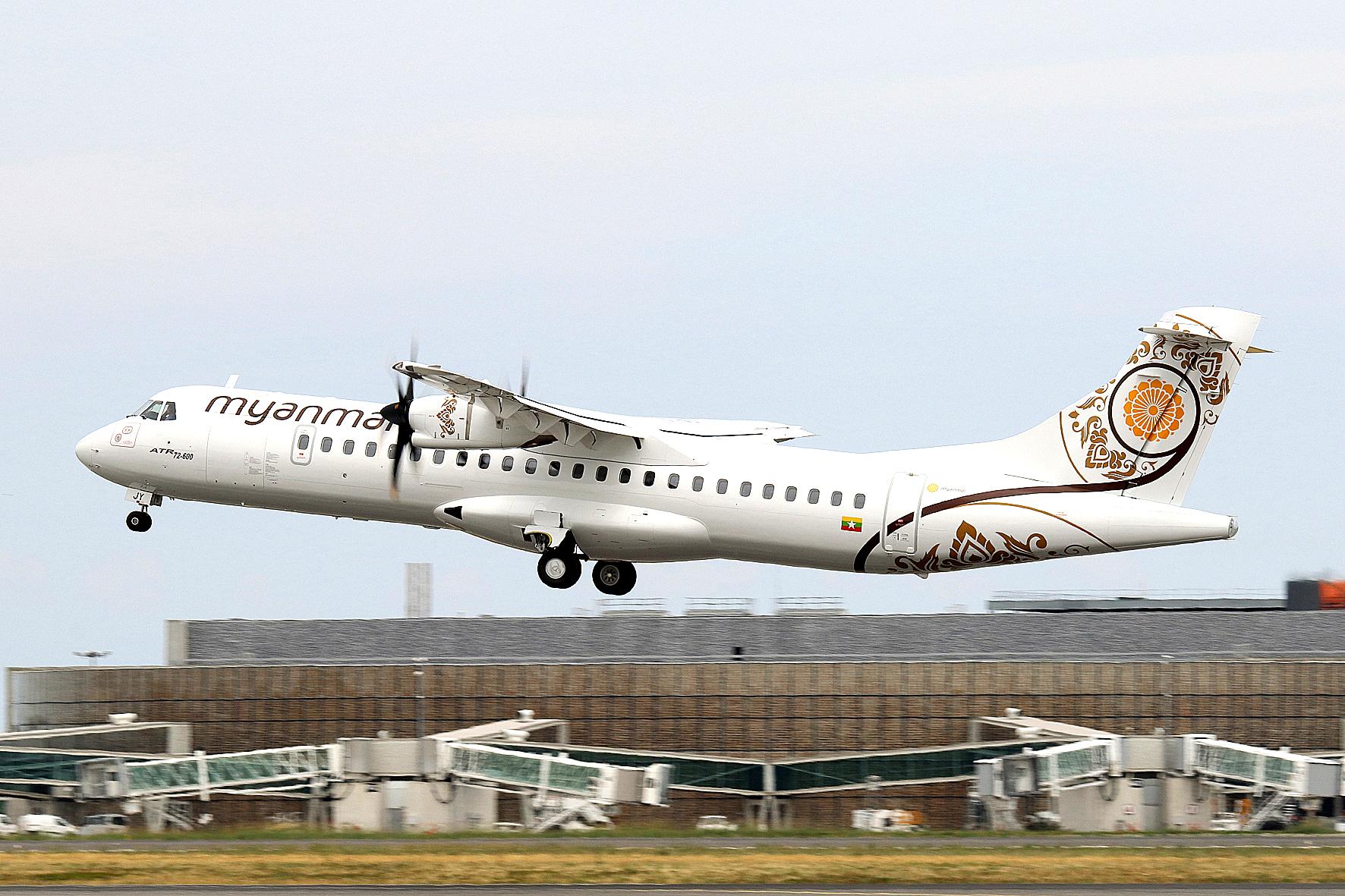 Myanmar flag carrier Myanmar National Airlines has taken delivery of the first of six ATR 72-600s as part of an $296 million order for the regional turboprop aircraft. 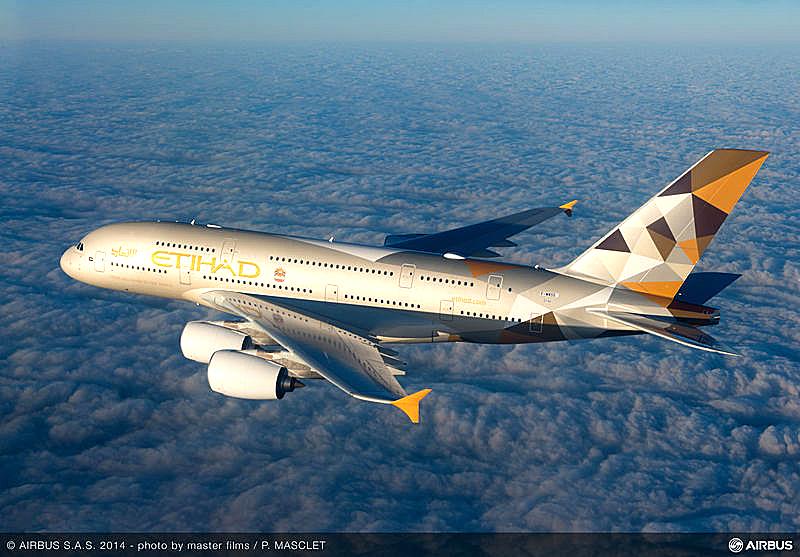 Emirates takes delivery of 65th A380