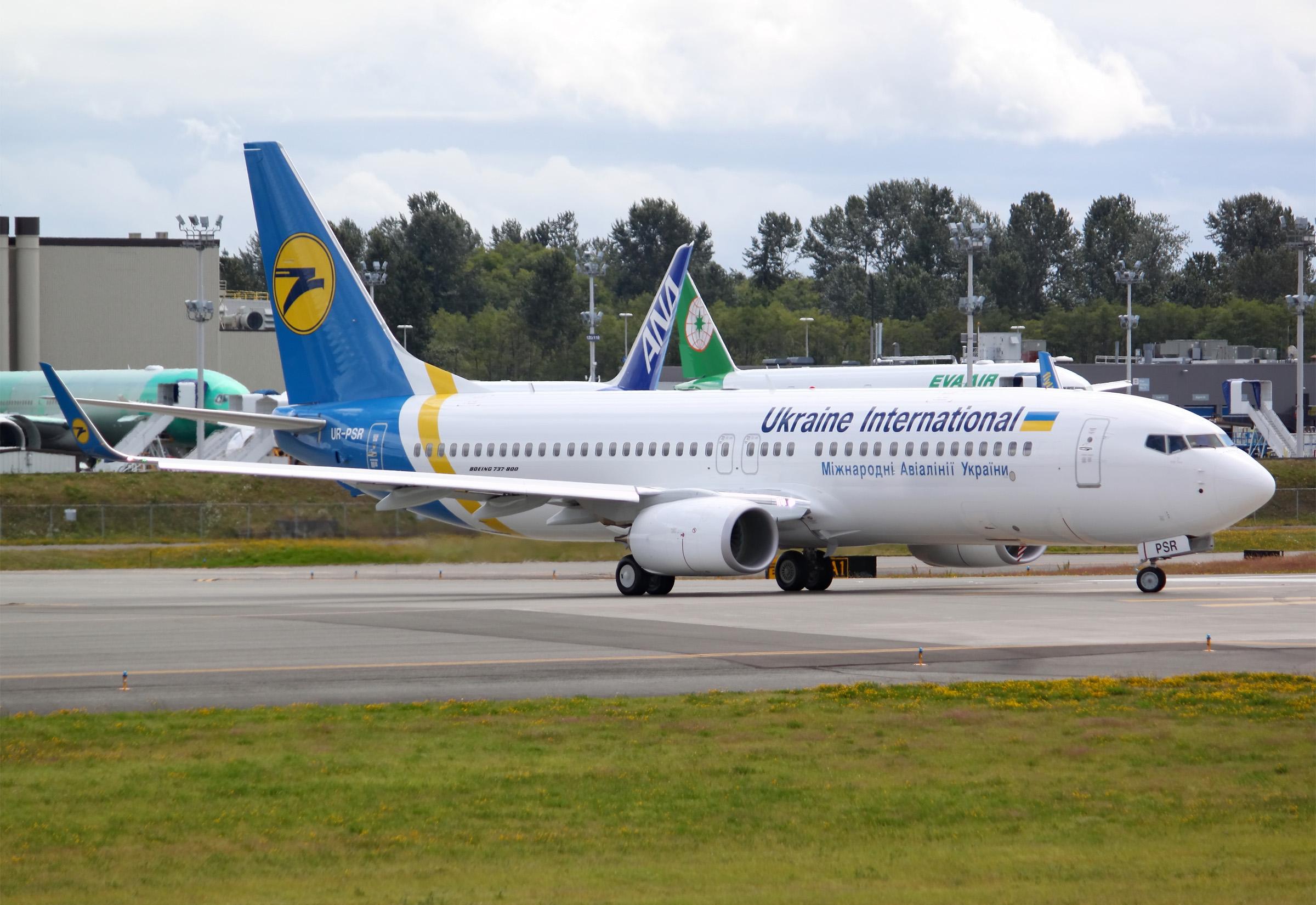 A Ukraine International Airlines (UIA) Boeing 737-800 crashed close to Tehran, Iran, Jan. 8, the airline confirmed, with the loss of all passengers and crew on board.

Flight PS752 took off from Tehran International Airport at about 6.10 a.m. local time bound for Kiev, Ukraine. Tracking data from Flightradar 24 shows the aircraft rose steadily to almost 8,000 ft. before the signal disappeared about six minutes after take-off.

The airline said in a Jan. 8 statement that according to preliminary data there were 167 passengers and nine crew members on board. Ukraine’s ministry of foreign affairs confirmed via Twitter that all passengers and crew on board had died.

“UIA representatives are currently clarifying the exact number of passengers on board,” the airline said adding that it would post passenger lists on its website after final confirmation of their presence on board the aircraft.

The aircraft, registered UR-PSR, was built in 2016 and delivered directly to the airline from the manufacturer. Boeing said on Twitter: “We are aware of the media reports out of Iran and we are gathering more information.”

The last scheduled maintenance of the aircraft took place on Jan 6, 2020, according to the UIA statement. The carrier said it was suspending its flights to Tehran with immediate effect until further notice.

The crash coincided with growing military tension between the U.S. and Iran. Iran launched missile strikes against U.S. bases in Iraq at about 5:30 p.m. local time on Jan. 7. The FAA subsequently issued a notice prohibiting U.S. carriers from flying over Iran, Iraq, the Persian Gulf and the Gulf of Oman.

Many other airlines also avoiding flying over the region. For example, Qantas said it is adjusting the flight paths on its route between Perth and London "until further notice," to avoid Iran/Iraq airspace.

The change would add 40-50 min. to the QF9 Perth-London leg, so the airline would have to reduce the passenger load on this flight to carry more fuel. The return London-Perth leg, QF10, will have an unchanged flight time and full passenger load, as it will have more favorable prevailing winds.

Qantas said it is also considering rerouting QF9 over Asia and adding a fueling stop in Hong Kong or Singapore so it could fly with a full load.

A Lufthansa Group spokeswoman said: “Due to the current incidents in Iraq, Lufthansa has canceled today’s flight LH 600/601 to Tehran as a precautionary measure. Lufthansa is evaluating the situation together with national and international authorities. As soon as we have detailed information, we will decide if and when flight operations to/from Tehran and Erbil can be resumed.”

Air France also said it had suspended all flights over Iranian and Iraqi airspace until further notice.

“As a precautionary measure and as soon as ongoing airstrikes were announced, Air France has decided to suspend all flights over Iranian and Iraqi airspace until further notice,” a spokesman said. “Air France is constantly monitoring the geopolitical situation of the territories served and overflown by the company's aircraft. Flight plans are adjusted in real-time according to the decisions of the French and regional authorities, throughout the world, in order to ensure the highest level of flight safety.”

UIA said it was working with authorities to determine the cause of the crash. “As at 9.30 a.m. Ukraine local time, UIA is in close cooperation with the aviation authorities, takes all measures to determine the causes of the air accident. In parallel, the airline will be contacting the relatives of the passengers, providing all possible assistance in the current situation,” the airline said.

It said the investigation would be conducted with the involvement of Ukrainian aviation authorities, Boeing representatives, the airline and the National Bureau of Air Accidents Investigation of Ukraine.