Aircraft Seating: How To Fit More Passengers In Comfortably 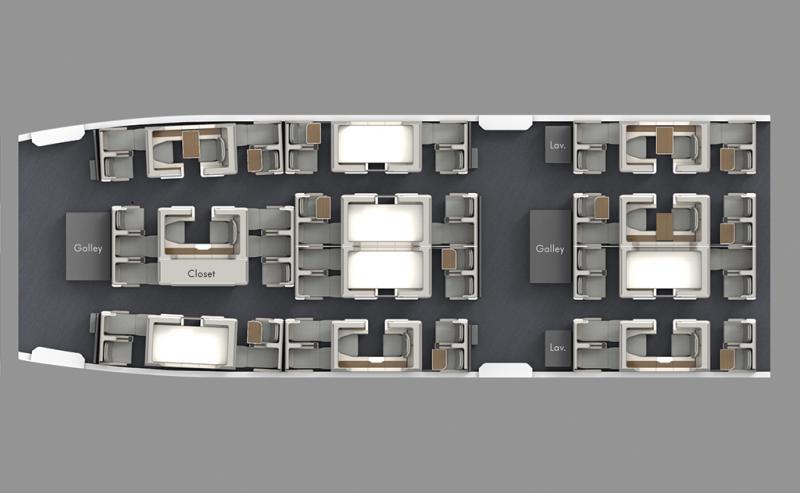 In 2016 Atlanta-based product development company Formation Design Group believed it had found an answer to adding extra seats to premium cabins without sacrificing space or comfort.

Based on a layering principle patented by the firm in 2008, the concept features two forward-facing and two aft-facing lie-flat seats, which face in toward a separate premium-class suite. In an upright position, all five seats are at the same level, but when converted into berths the suite’s bed rises up and the other beds deploy lower, allowing the suite’s bed to overlap the footwells of the standard beds. The lowering of the standard beds also allows for easier step-over from the window or central locations to the aisle.

The company says its concept of overlapping enables airlines to “offer choices while maintaining a seat-count density that is substantially higher than any current configurations allow.”

The article was published in Mar 2016 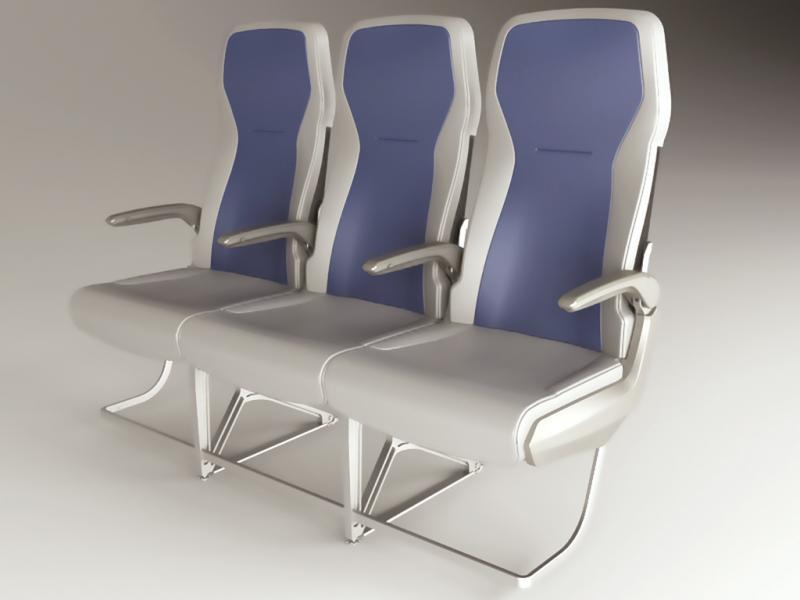 Italy-based Geven’s Essenza economy-class seat promises “excellence in knee, shin and leg space at the extreme pitch of 28 in.”

“Pitch extremes of 27 in. are being contemplated mostly for regional, short-haul operations, but with the densification craze well underway, it is not unthinkable that these more restricted spaces be applied to the short-medium sector as well,” says Zara Carletto, a company marketing and sales representative.

“With the passenger’s comfort as the prime priority, new geometrical shapes, design contours and innovative materials become a necessity,” she said.

The article was published in Mar 2016 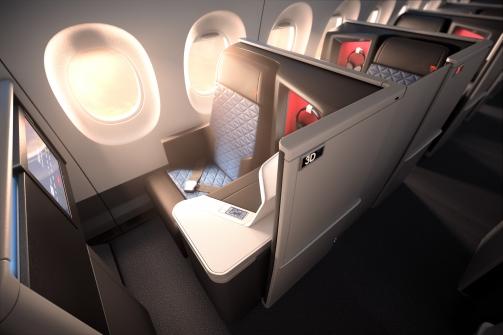 Delta seat cabin concept Delta Air Lines is bringing a First Class feeling to Business Class travel with its Delta One Suite. The premium all-suite business class cabin focuses on privacy and comfort with sliding doors and a personal stowage area. The airline’s Airbus A350-900s will debut the new suite this year, and will be retrofitted on its Boeing 777-200 fleet in 2018. 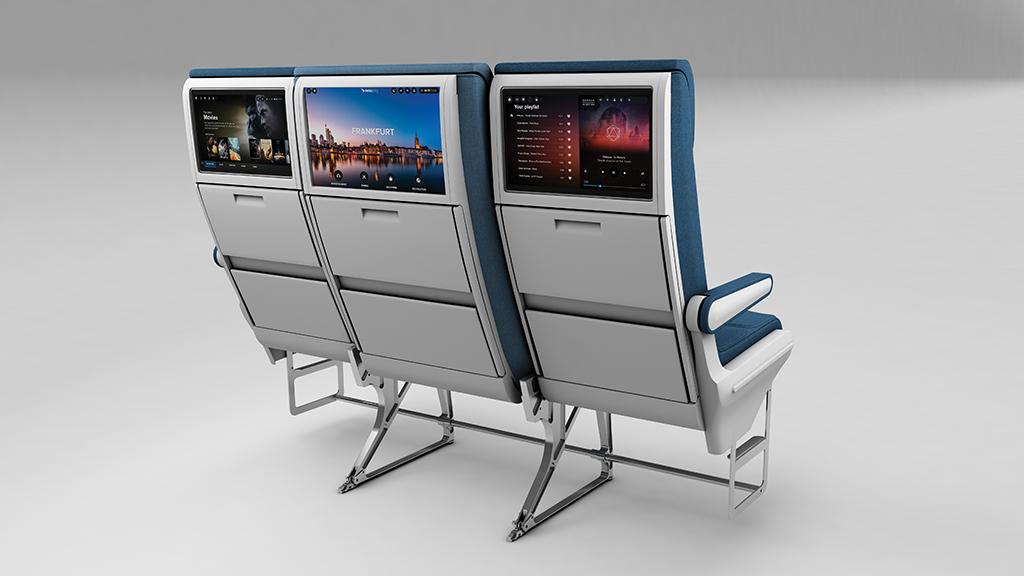 To the staggered design, BMW Designworks added sculpted armrests and one-sided headrests. Panasonic has used the wider middle seat to mount an 18-in. monitor, “the widest IFE screen available in economy class,” it says. Aisle and window seats have 16-in screens.

Panasonic Avionnics installed an 18-in.-wide screen for the middle seat of the Stagger Seat design.

The article was published in Mar 2017 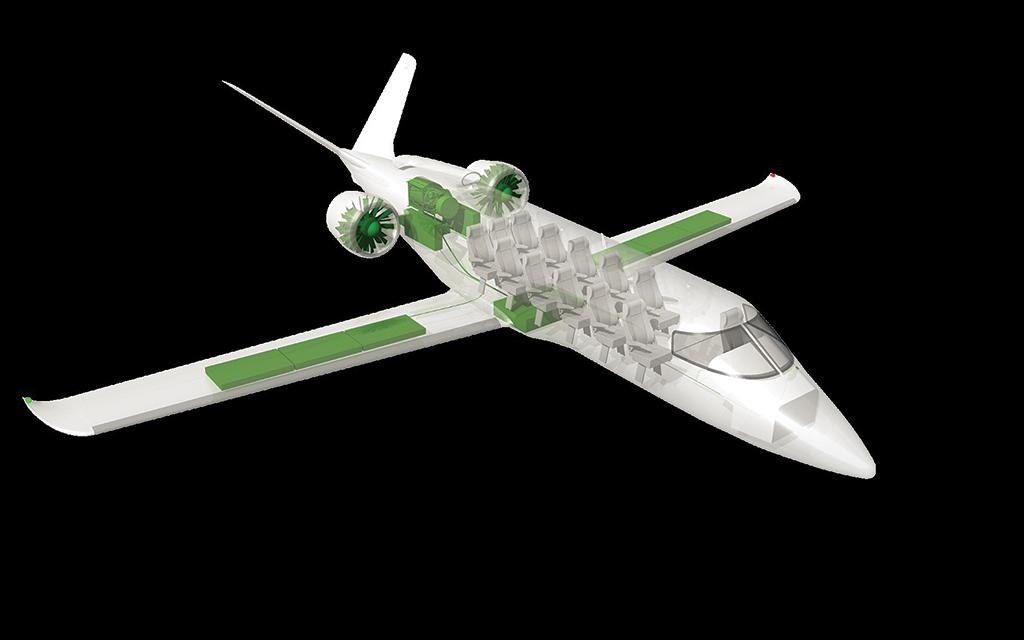 How To Fill A Regional Jet

Zunum believes dramatically lower operating costs can revitalize a regional air transport system that has contracted as aircraft have increased in size.

Matt Knapp, Zunum Aero chief technology officer and co-founder said, “Back in 1980, there were close to 300 small carriers in this country, and they were operating things like the Beech 1900. They averaged about 20 seats and about 150-mi. stage lengths. For those of us that travel, that is almost unheard of now.”

He added: “There are now well less than 300, and they are averaging 60 seats and 450-mi. stage lengths. They are not called regionals anymore.”

These airlines now fly large turboprops and regional jets. “They basically left the regional market, because now they are filling that many seats,” he says.

The article was published in Oct 2017 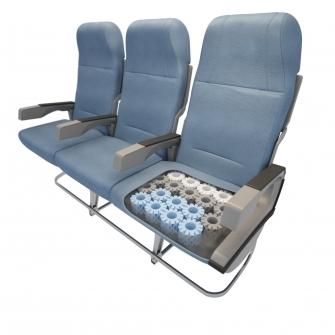 Sitting in one position for long periods of time leads to sore and achy bottoms, but this new seat concept can help improve the long-haul flying experience.

The technology uses 30% fewer materials and would reduce the weight of an economy seat by up to 150 g. 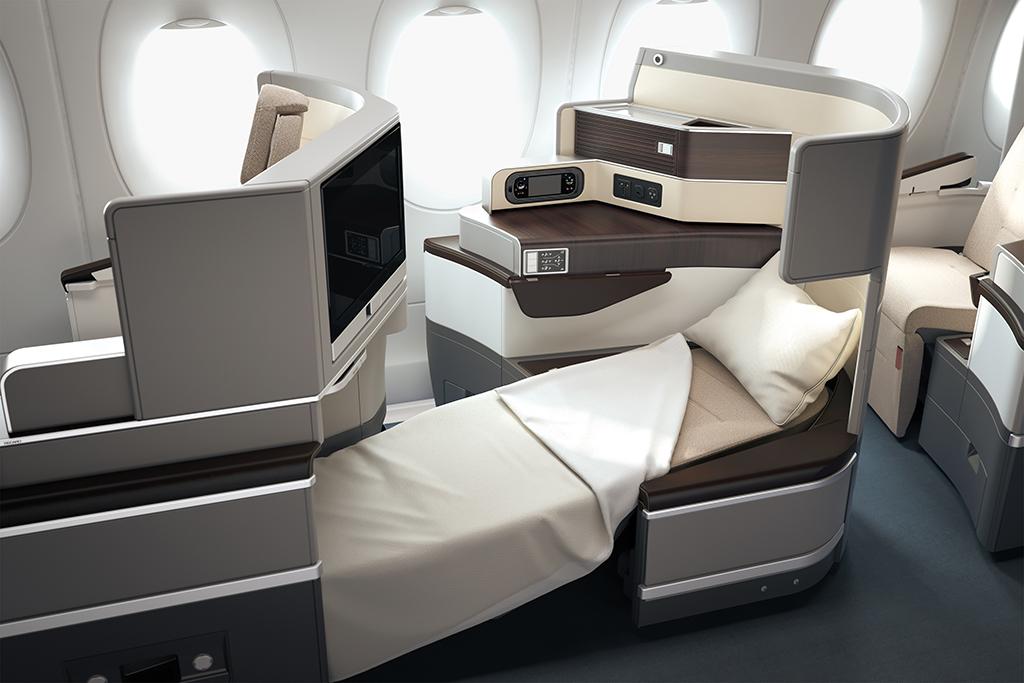 Recaro Aircraft Seating's CEO Mark Hiller said: “What I know from several airlines and original equipment manufacturers is the weight of business-class seats right now is a really challenging topic. Some seat development programs ran out of control on weight, and airlines are now exposed to higher weights [than planned].”

The seat converts into a flat bed and provides direct-aisle access, so passengers do not need to step over their neighbor to leave their seat.

The article was published in Jan 2018 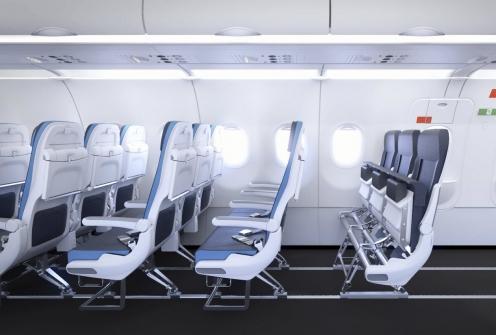 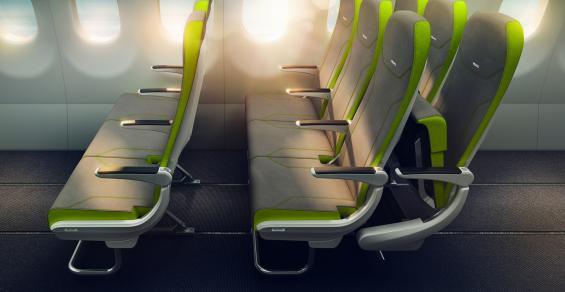 “The needs of passengers and airlines change during the lifecycle of an aircraft seat,” explains Mark Hiller, Recaro CEO. “Recaro is now authorized to approve modifications on the component level as well as on the aircraft level, for example for new seat covers or additional footrests.”

As a result, Recaro says it can save customers money, time and coordination efforts by going through a single source. “As a provider of comprehensive solutions, we take care of services that the airlines previously had to handle themselves or even outsourced to third parties.” 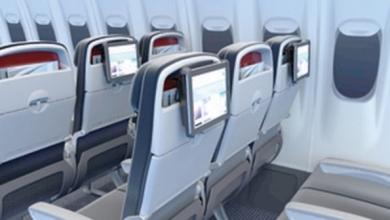 B/E Aerospace is a key competitor in the interiors market and has been well placed to capitalize on others' weaknesses.

Aggressive pushes from Airbus and Boeing for A330 and 777 orders to bridge the gaps between the current and new versions could bring a business boost to interiors suppliers that can deliver product quickly, and B/E Aerospace (BEA) is confident that it is ideally positioned to capitalize.

Here is a slim seat configuration with seat back screens in economy class.

The article was published in Jun 2015 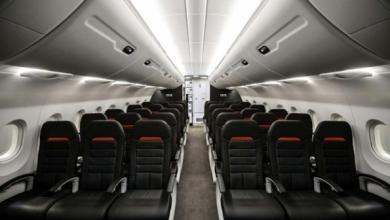 Focus On The Bottom Line

Zodiac Aerospace struggled with aircraft seat-delivery delays in 2015, a situation that hurt its first-half fiscal results and prompted a major reorganization at the Plaisir, France-based company.

A month after the profit warning, the company acknowledged that “the problems are deeper than we expected,” CEO Olivier Zarrouati said.

“We overloaded the production capacity. These delays are unacceptable, for the client and for us,” he said.

To fill the gap, Zodiac has had to fund production-cost variance and pay penalties, with some seats being flown to airline customers in an effort to reduce delays, albeit at high cost. Despite the efforts, the problems have contributed to delivery delays for aircraft manufacturers, including Airbus and Boeing.

The company launched FOCUS an “industrial battle plan” to reorganize all its processes. Changes would initially target the management model, with a new full-reporting line and standardization of processes across the business, a stark departure for a company that has tended to give some leeway to its many production units around the world.

How will Zodiac fare in the market at this years Hamburg show?

The article was published in Apr 2015 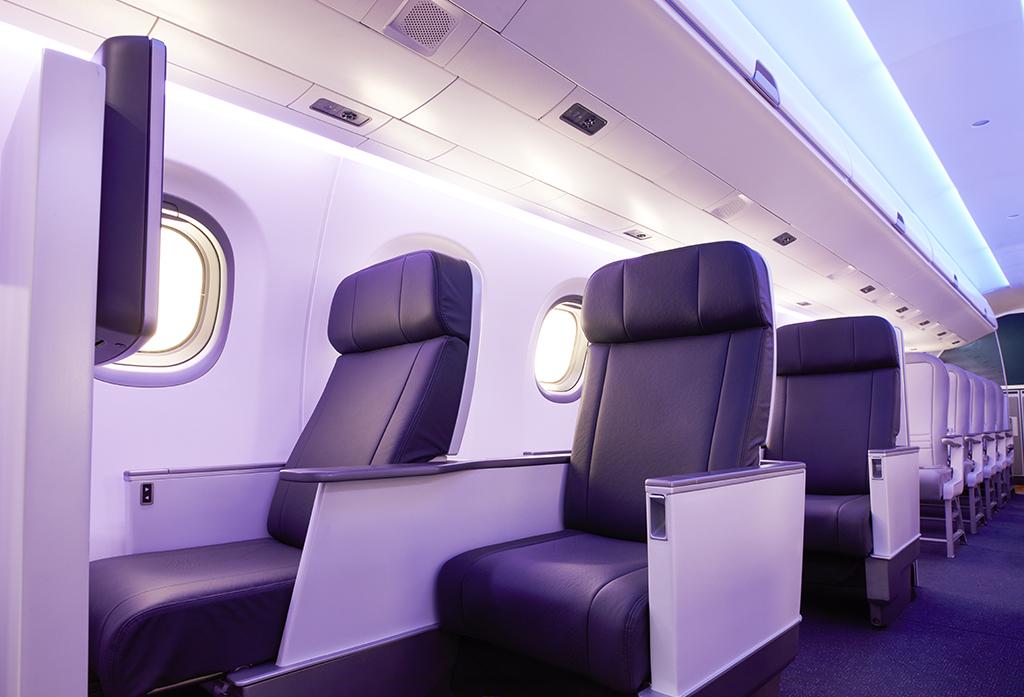 Embraer showed off its first E2 cabin mockup in 2014 and has been honest about subsequent alterations. “We went back to the drawing board, created more passenger space, getting back about an inch above [the passenger’s] head.”

It now has a premium cabin in both 2 X 1 and staggered 2 X 2 configurations to provide “as much flexibility to our customers as possible,” said Andre Stein, director of industry analysis and product strategy at Embraer Commercial Aviation.

The ability for operators and lessors to reconfigure the cabin was a driving factor in the design of Embraer’s E-2.

Stein explained: “We needed to change the DNA of the cabin, for which we took cues from automotive design to places like modern hotel lobbies. One major driver was that this cabin had to be easy to reconfigure. That will make it easier for leasing companies when they move the airplane from one customer to the next.”

The article was published in Nov 2017 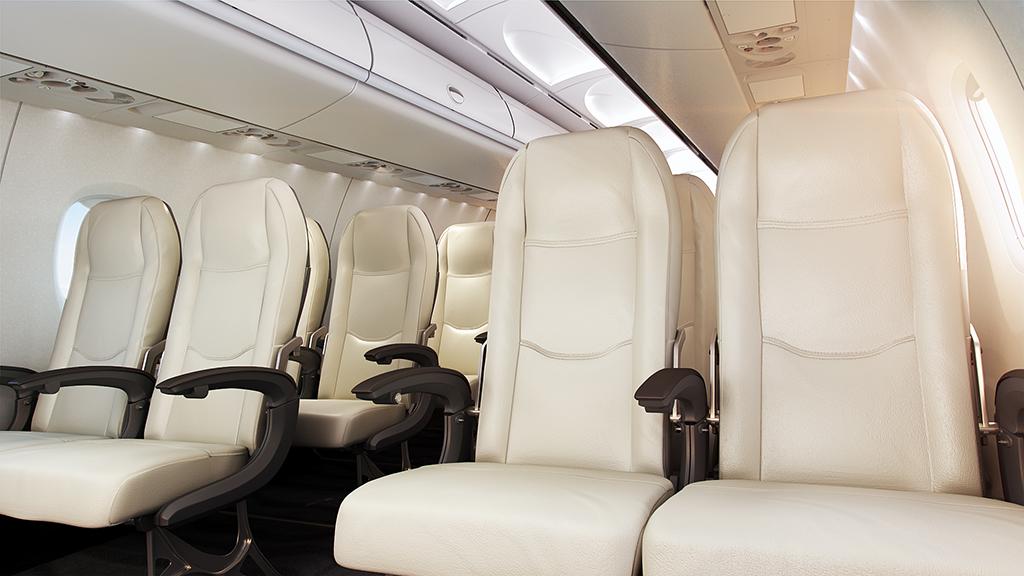 The overall design gives “a true wide-body feeling in a single-aisle", according to Hideyuki Kamiya, director of strategic marketing at Mitsubishi Aircraft Corp., speaking about the company's cabin design goals.

Kamiya added: “Passenger comfort had to be at the same level as mainline jets.”

It has a wide cabin with 2 X 2 seating and large overhead bins.

The article was published in Nov 2017 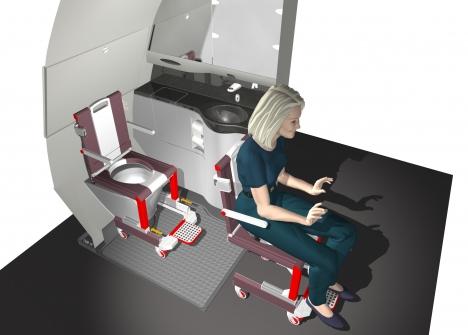 A lightweight onboard wheelchair designed by the Hamburg University of Applied Sciences promises to improve mobility through the cabin aisle and provide more hygienic lavatory usage with its ‘over toilet functionality.’ The concept is the only device for passengers with reduced mobility that eliminates the need to transfer onto the toilet seat. 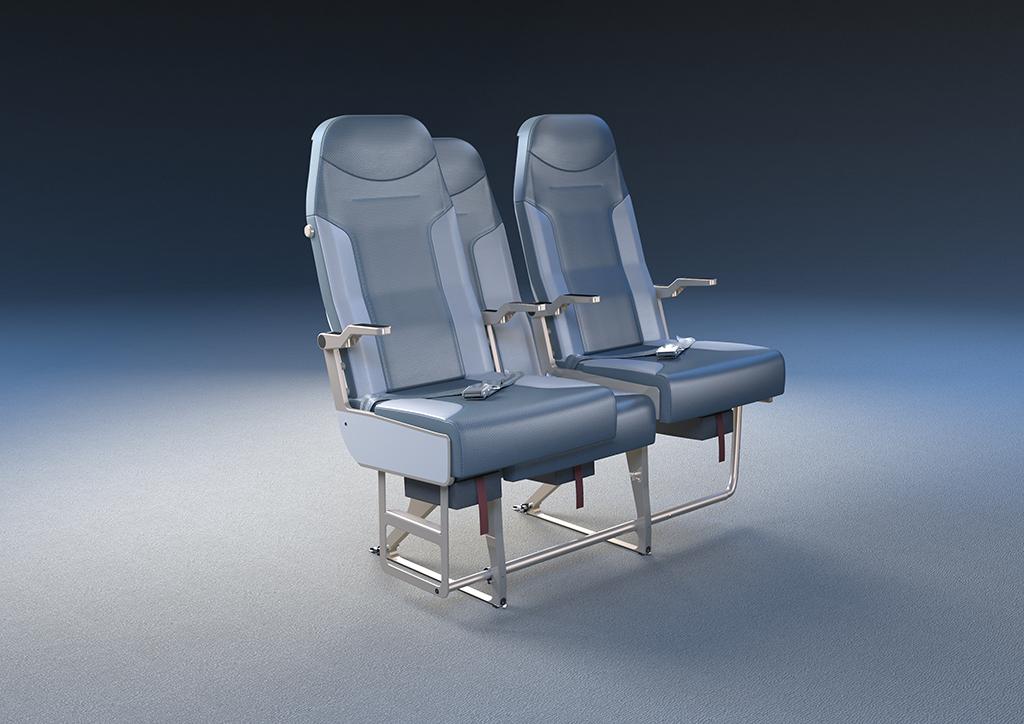 The Side-Slip is a standard seat in flight, and during taxi, takeoff and landing, with an FAA-minimum 20-in. aisle inflight. On the ground, the aisle seats slide sideways over the middle units, creating a 42-in.-wide aisle. During boarding, as a passenger stands in the aisle-seat space while stowing their bags in the overhead bins, the wider aisle allows other passengers to flow past.

Molon Labe’s Slide-Slip Seat was unveiled in October 2015 and is specifically designed for short- and medium-range operations in economy class. The Side-Slip has passed in-house 14g and 16g dynamic testing and in late 2016 passed head impact criteria testing “with flying colors”.

The article was published in Mar 2017

The aircraft interior design houses are always tweaking designs. Here we can see some innovation in the field, but how comfortable can passengers really be, and at what cost will airlines put people on moveable, bigger and lighter seats, in denser cabins?

We explore many of the designs and some of the challenges faced.

Is This The Future Of Commercial Aviation? Cabin Design Innovations
Urinals To Wine Coolers - Innovations In Cabin Improvements