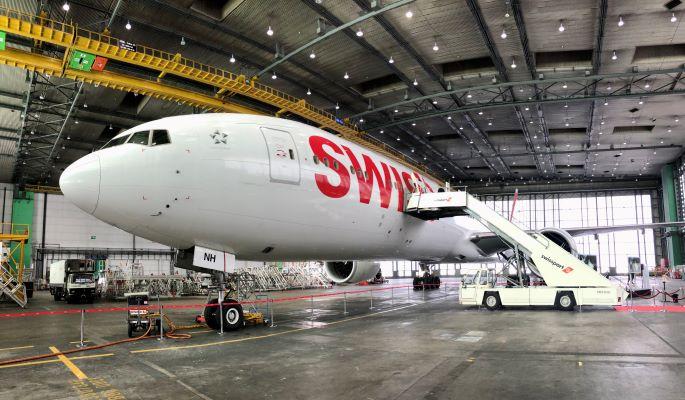 The first SWISS 777-300ER equipped with the new premium economy travel class will be deployed on Zurich-Miami services from the beginning of March 2022. 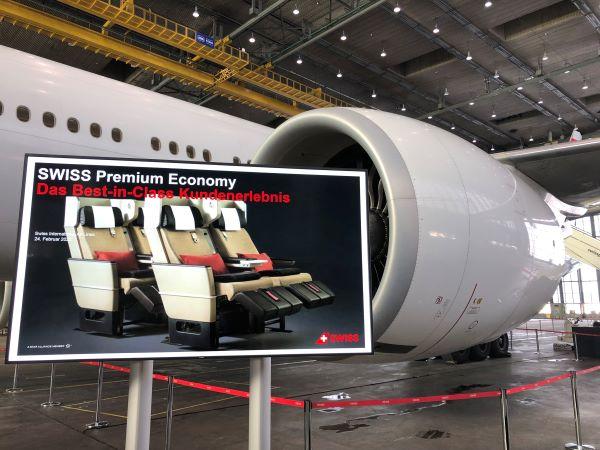 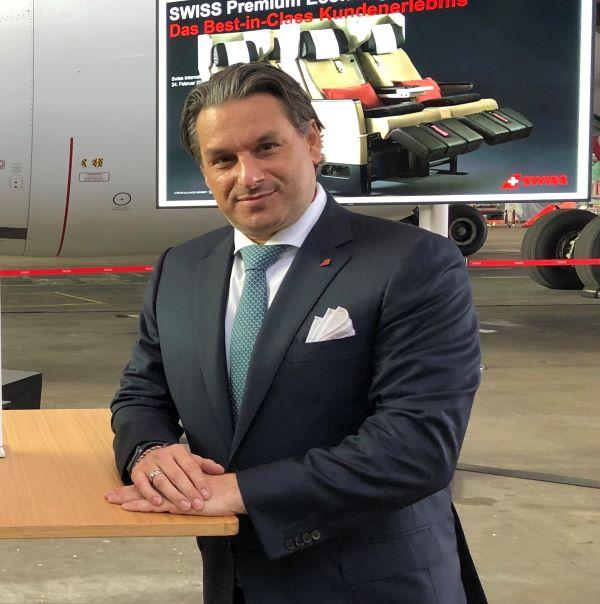 SWISS CCO Tamur Goudarzi Pour welcomed ATW onboard and gave a tour through the aircraft. 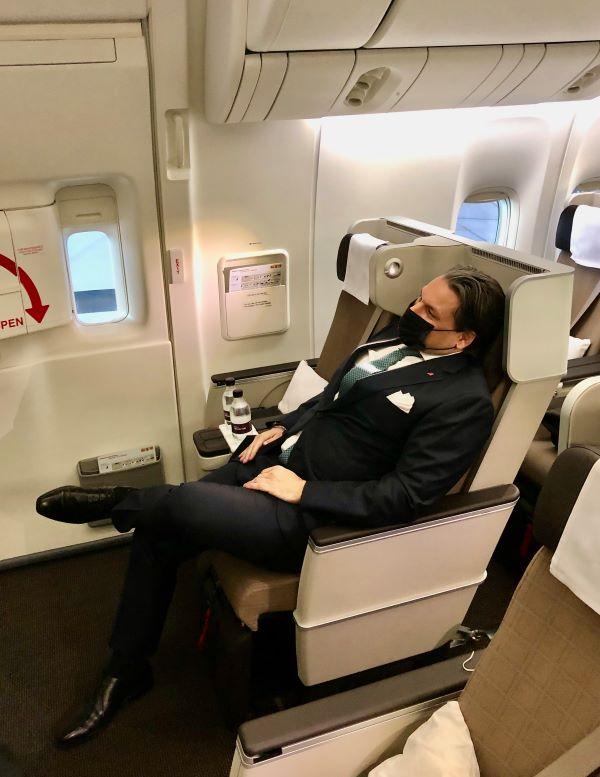 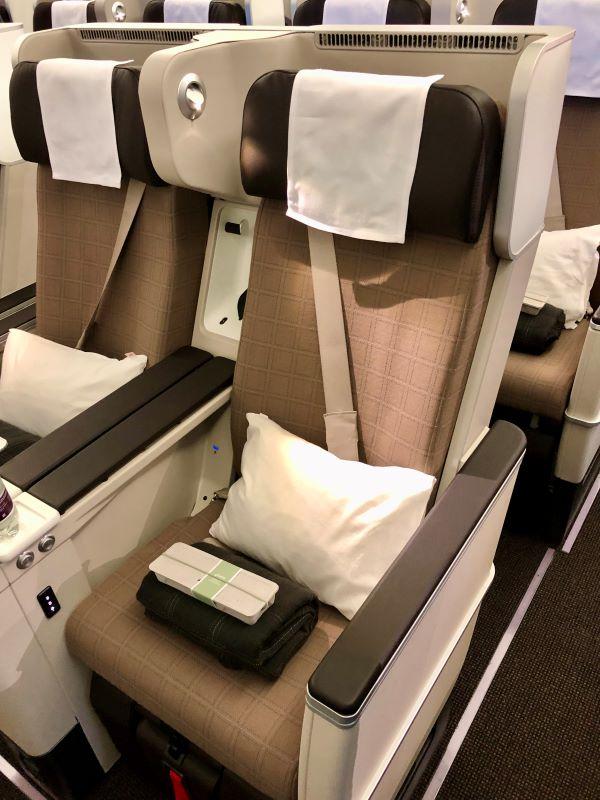 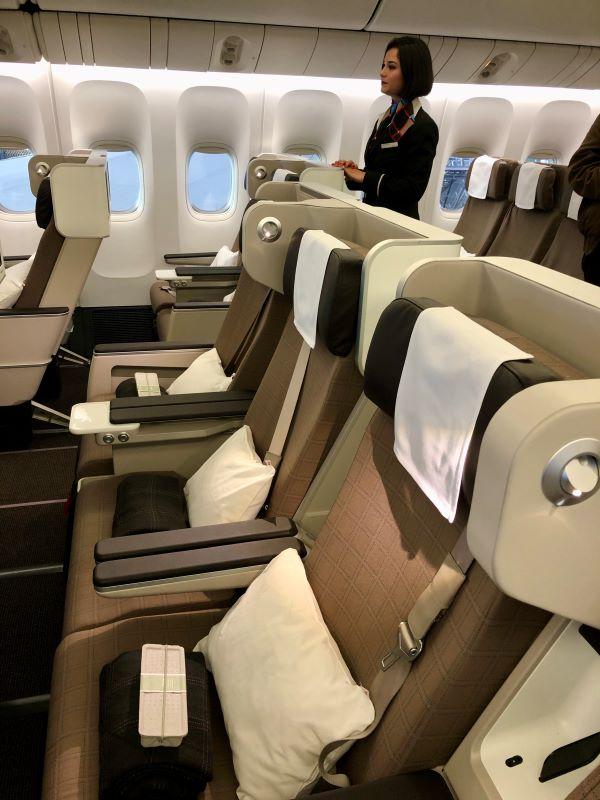 During the introductory phase of the new class of travel, SWISS customers will be offered for-a-fee upgrade to premium economy, if available, either when they check in or at the departure gate. 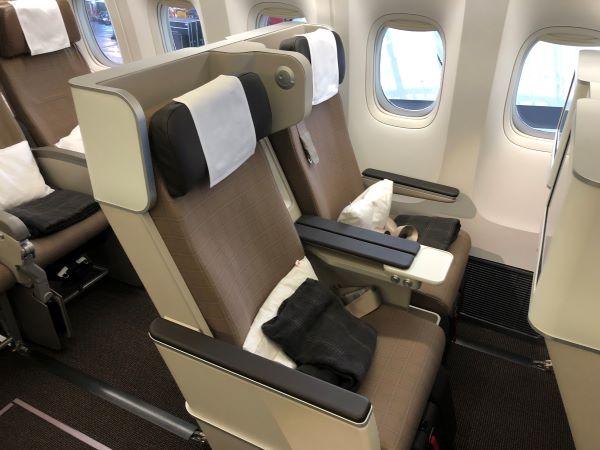 The ZIMprivacy seat features a hard shell design that enables an easy recline at no inconvenience to the passenger behind. SWISS is the first airline in the Lufthansa Group to offer its customers this newly developed ZIM premium economy seat. In the future, Lufthansa or Austrian Airlines may also install this product. 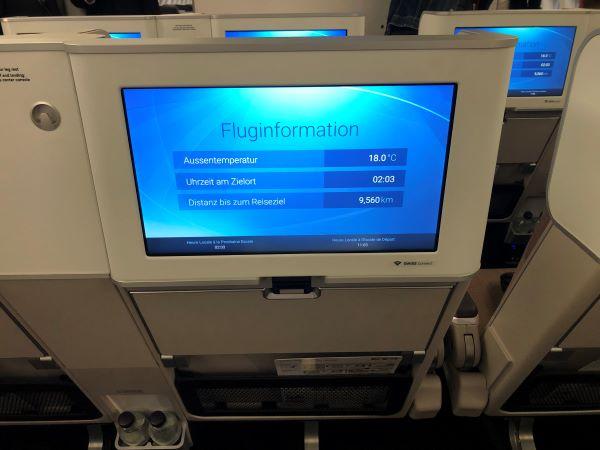 Noise-reducing headphones, inflight audio and video entertainment are all available on the 15.6-inch in-seat screen. 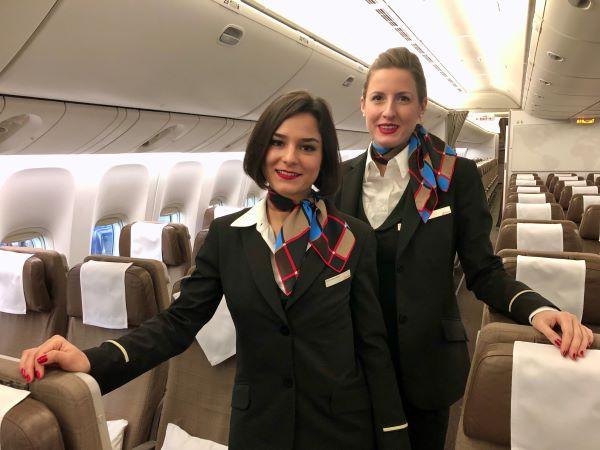 Flight attendants welcome ATW on board the SWISS Boeing 777-300ER. 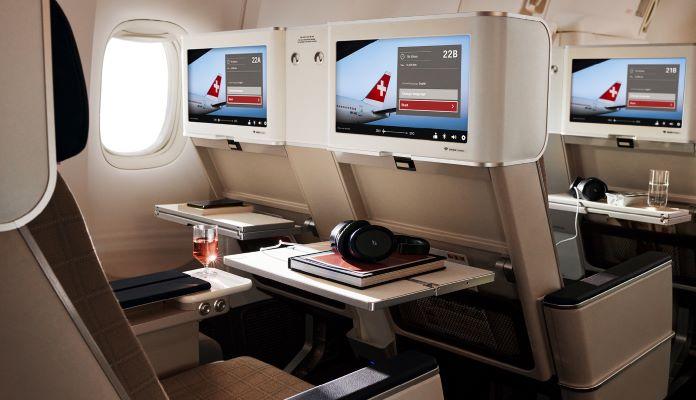 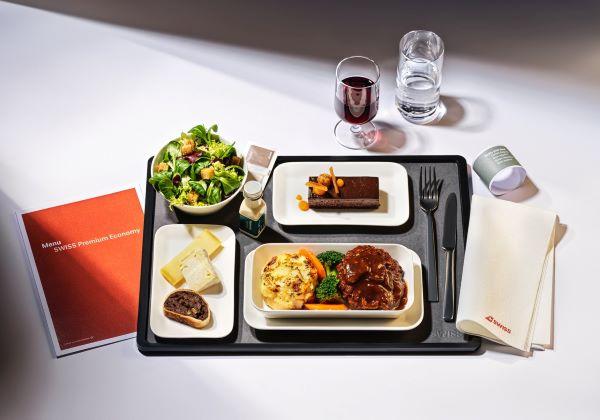 SWISS’s inflight culinary offering has been specially modified to accommodate the new class of travel. SWISS premium economy guests receive a welcome drink and are offered a choice of three hot meals. 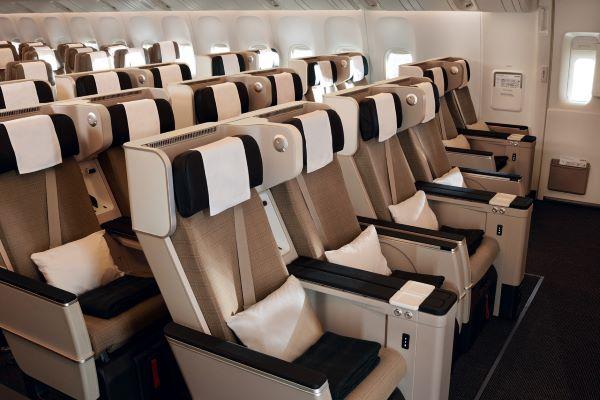 The premium economy class section is located behind the business class cabin. 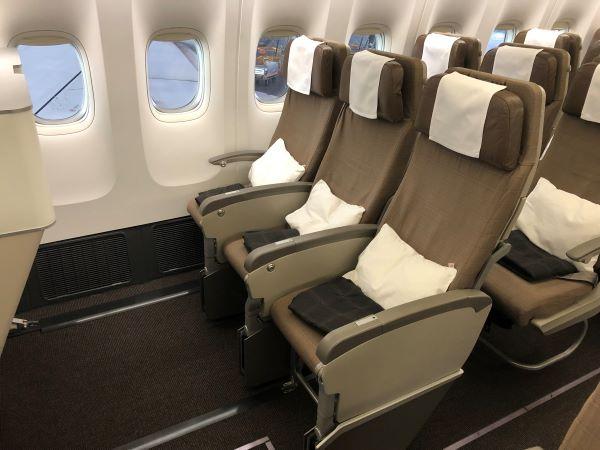 The first row of economy class, called Comfort Zone, is located right behind premium economy and offers a large seat pitch. The Comfort Zone is available for an extra fee. 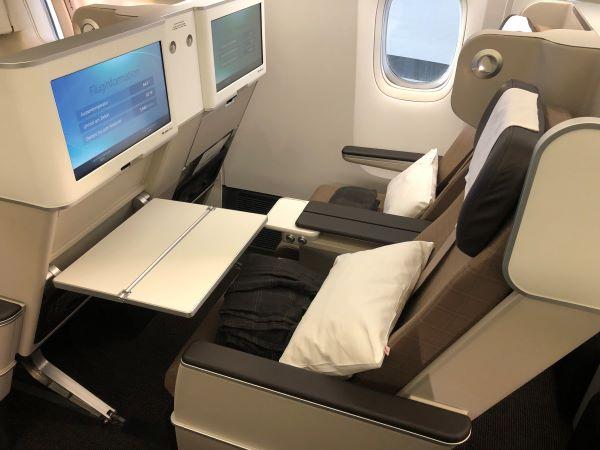 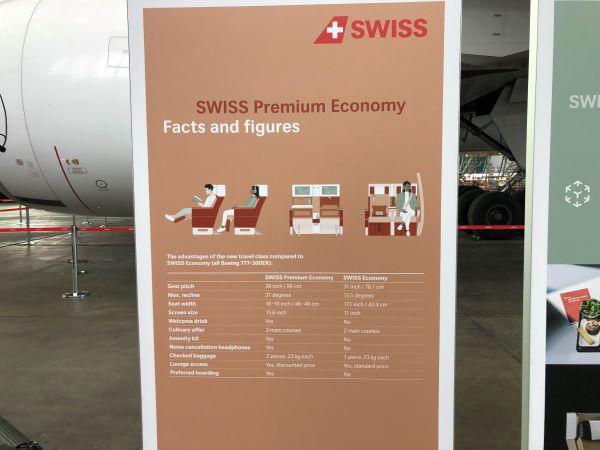 Facts and figures about the premium economy class and economy cabin.

Lufthansa Group subsidiary Swiss International Air Lines (SWISS) on Feb. 24, 2022, unveiled its first aircraft equipped with its new premium economy class at Zurich Airports. The new class of travel complements SWISS’s existing economy, business and first-class products and will be gradually installed on all 12 of the airline’s Boeing 777-300ERs.

ATW was invited to visit the first aircraft, Boeing 777-300ER (HB-JNH), which has been deployed on SWISS’s Zurich-Miami services. After Miami, the next destinations to be served by SWISS premium economy-equipped aircraft will be San Francisco from mid-April and São Paulo from the end of April. Premium Economy will be available on all of SWISS’s Boeing 777-300ER routes from the end of May 2022 onward. This project has been in the works since 2018.