Concorde At 50: Faster Than A Speeding Bullet 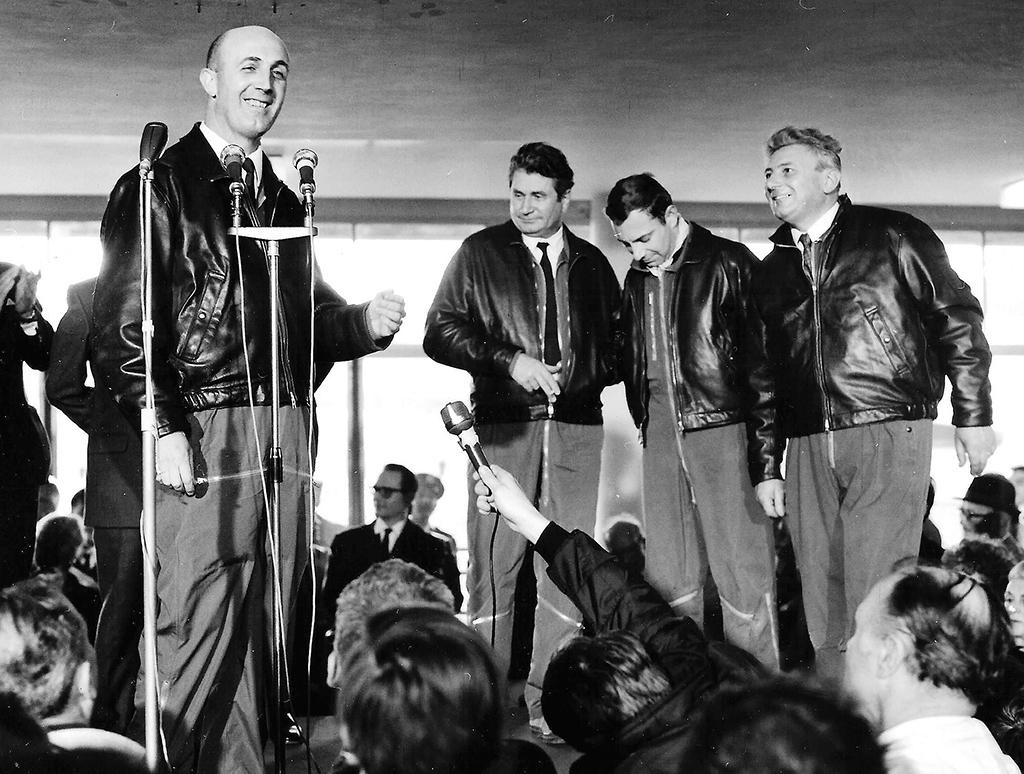 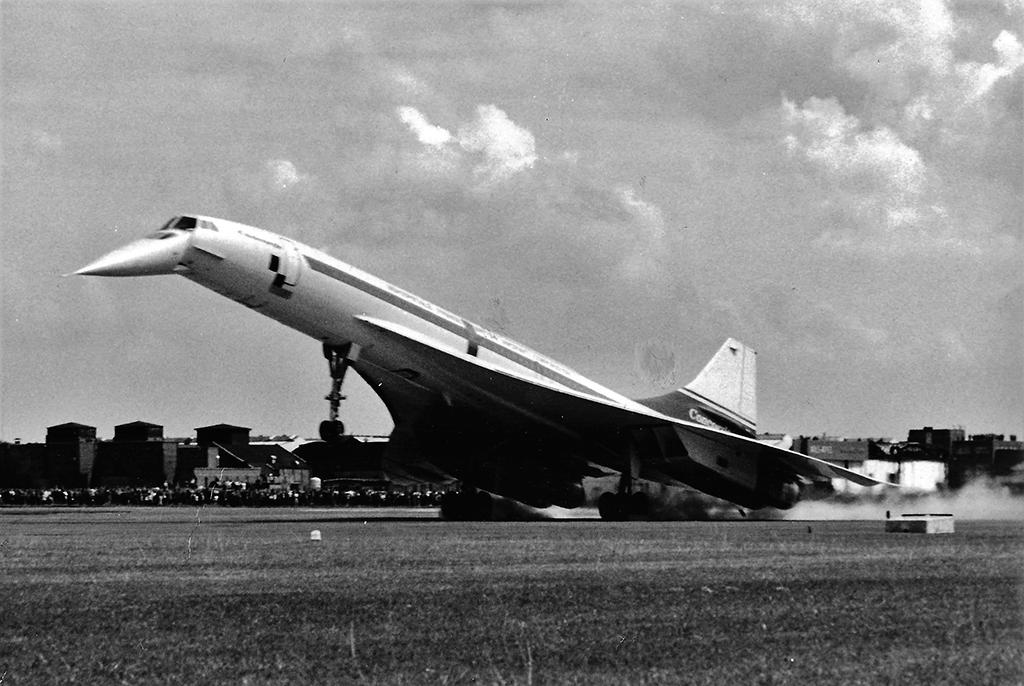 The first French-built preproduction Concorde, No. 01, flew to the British Aircraft Corp. (BAC) final-assembly site in Filton, England, where British Concordes were completed, in the summer of 1972 for installation of production-standard Rolls-Royce/Snecma Olympus 593 Mk. 602 engines and variable geometry inlets (AW&ST Aug. 21, 1972, p. 22). The aircraft was retired to the French Air Museum at Le Bourget in October 1973 after 4.5 years of flight-test work. Although Turcat joked that the aircraft was retired because “the ashtrays were full,” he openly eulogized the prototype. “It had given us the biggest thrills of our careers and heralded a new transport era for the world. In return, we just loved it.” 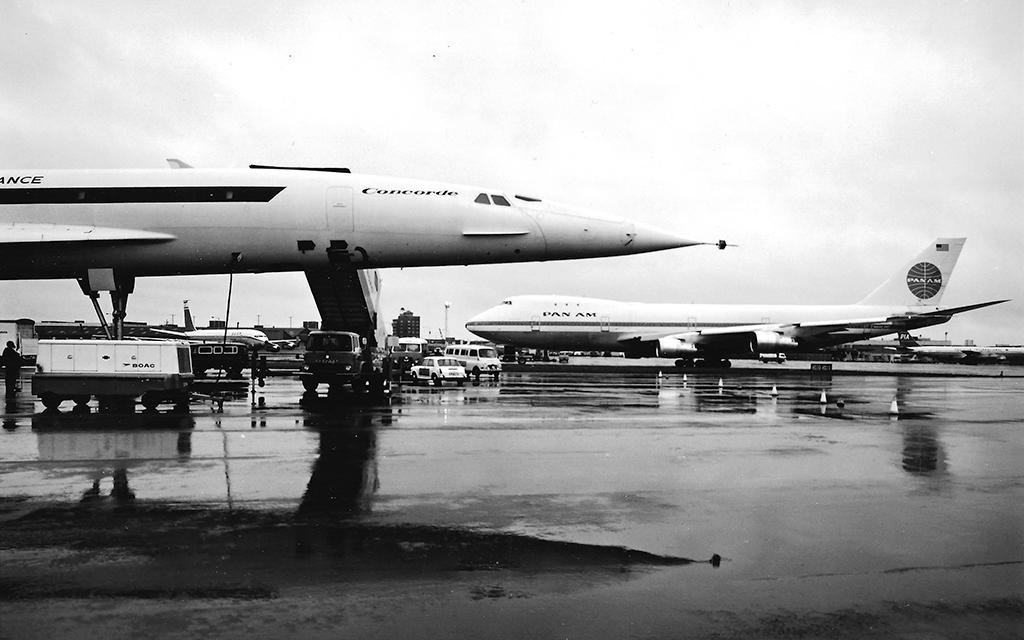 With certification and the start of commercial service still more than six years away, the first British-built prototype, 002, made an unplanned visit to London Heathrow Airport in September 1970 (AW&ST Sept. 21, 1970, p. 32), providing an early meeting between the supersonic jet and its eventual nemesis, Boeing’s 747—the first widebody airliner. The aircraft was flown by BAC Chief Test Pilot Brian Trubshaw, who in later years recalled the thrill of working on the program: “When we went supersonic, it was like being at the controls of a rifle bullet, just amazing.” Concorde 002 was retired to the Fleet Air Arm Museum in Yeovilton, England, in 1976 after 438 flights, 196 of which were supersonic. 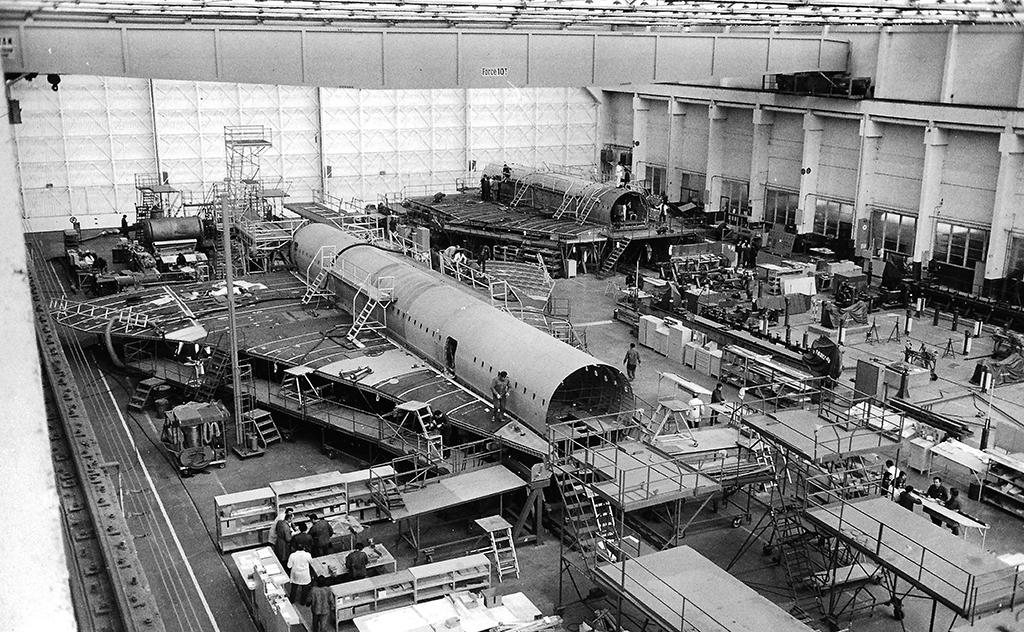 Concorde 102, the first of the family in the final production shape and dimensions, was built in France in 1972 and flew in January the following year (AW&ST Feb. 7, 1972, p. 44). With a redesigned tail section incorporating added fuel space and a longer cabin, 102 was the first Concorde to visit the U.S., when it flew to Texas for the opening of Dallas/Fort Worth International Airport in September 1973. 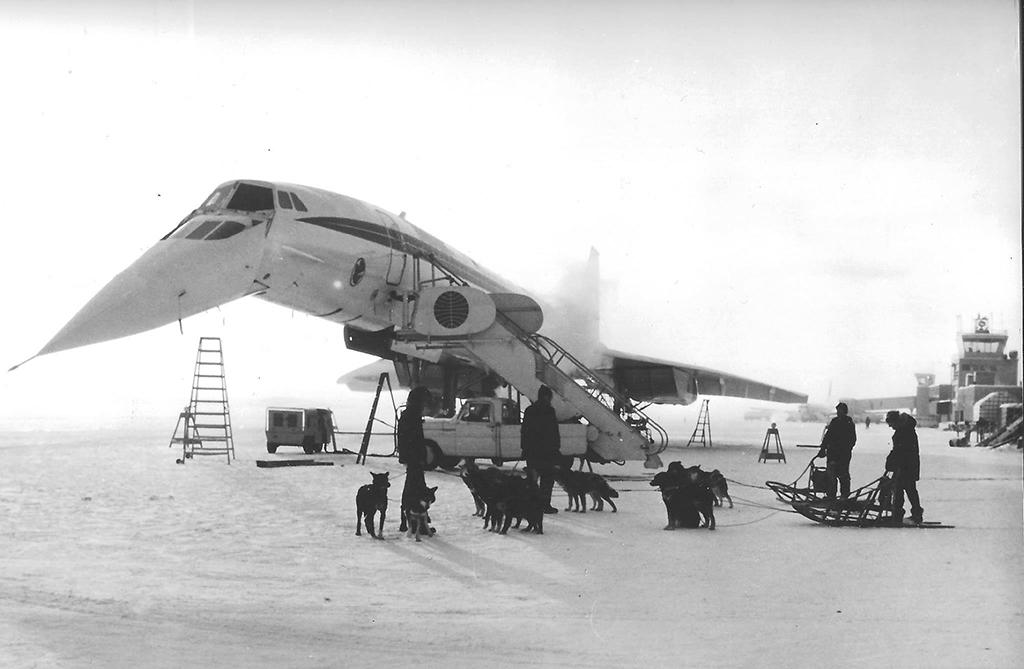 Concorde 102 underwent a gauntlet of extreme-temperature testing in early 1974, including 12 days in Fairbanks, Alaska, where it remained outdoors for several nights in temperatures as low as –44C (–47F). Retired from flight-testing in May 1976, 102 is today preserved at Paris Orly Airport. 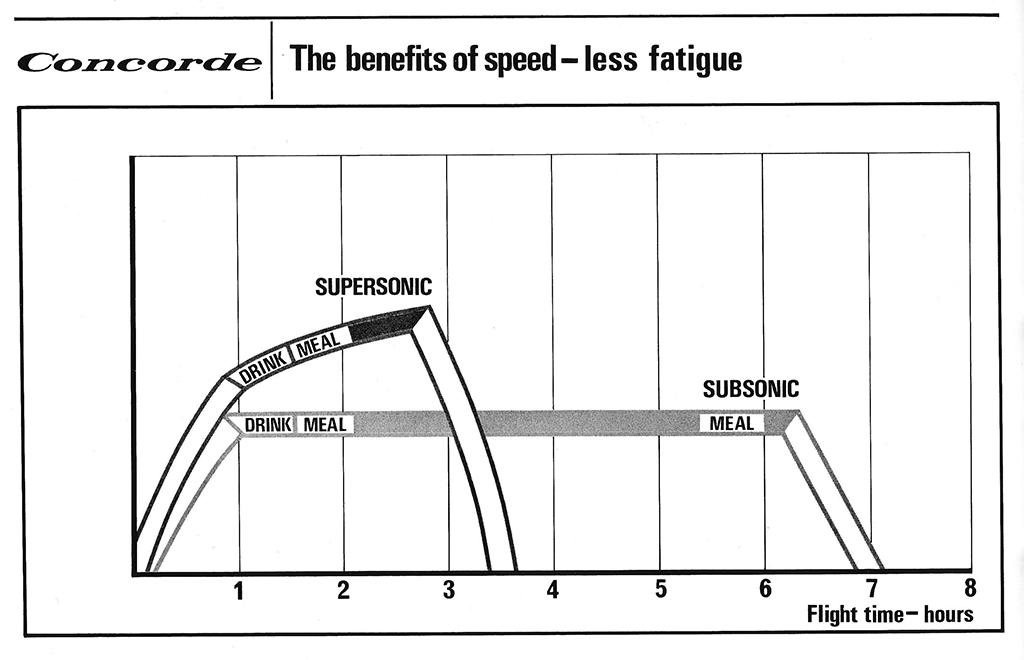 The Benefits of Speed—The Hard Sell

Despite the aircraft’s ability to operate safely and reliably at its Mach 2.04 cruise speed (1,354 mph at cruise altitude) and with seating for 128 passengers, the fuel crisis of 1973 and the ever-present challenge of noise killed off any chance of additional production beyond those committed to France and the UK. Although Air Canada and United Airlines had already canceled their commitments in 1972, the real body blow followed in 1973 when Pan Am ditched its orders, followed in quick succession by Continental Airlines, American Airlines, Trans World Airways, Middle East Airlines, Japan Airlines, Sabena, Eastern Air Lines, Braniff International Airways and Lufthansa. The marketers desperately tried to revive interest by advertising the benefits of speed, but it was too late. Air India canceled in 1975, while CAAC of China and Iran Air both confirmed cancellation of their options as late as 1980. 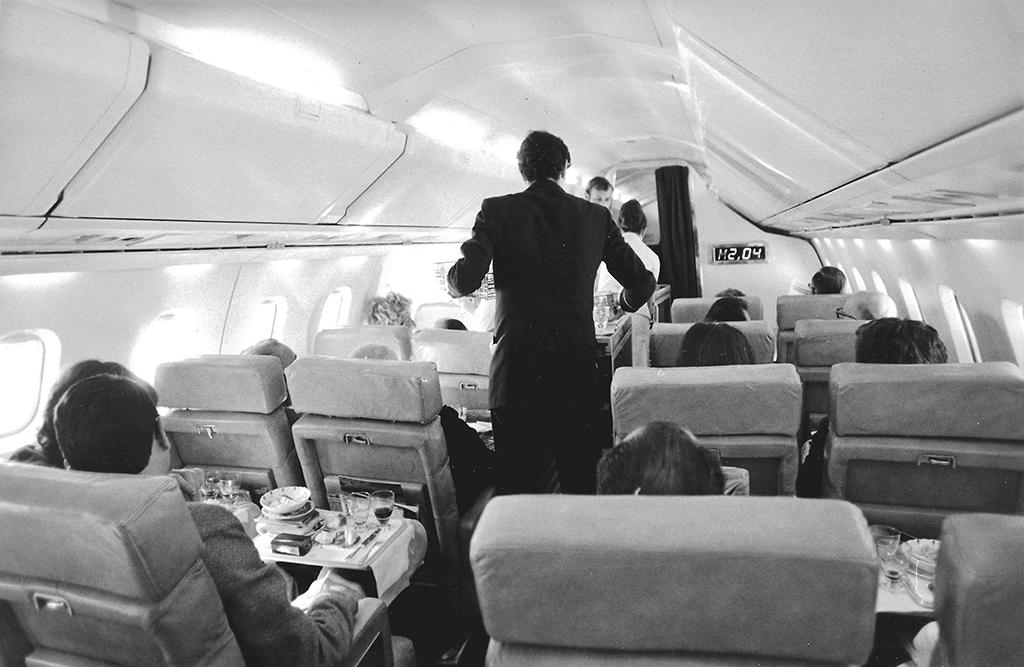 In the buildup to service entry, Air France and Aerospatiale pilots and crews flew a series of 35 route-proving flights during the summer of 1975. Up to 70 invited passengers were carried on the flights, which flew between Paris and Gander, Newfoundland. Here, cocktails are served as the aircraft cruises at 54,000 ft. over the North Atlantic at Mach 2.04. 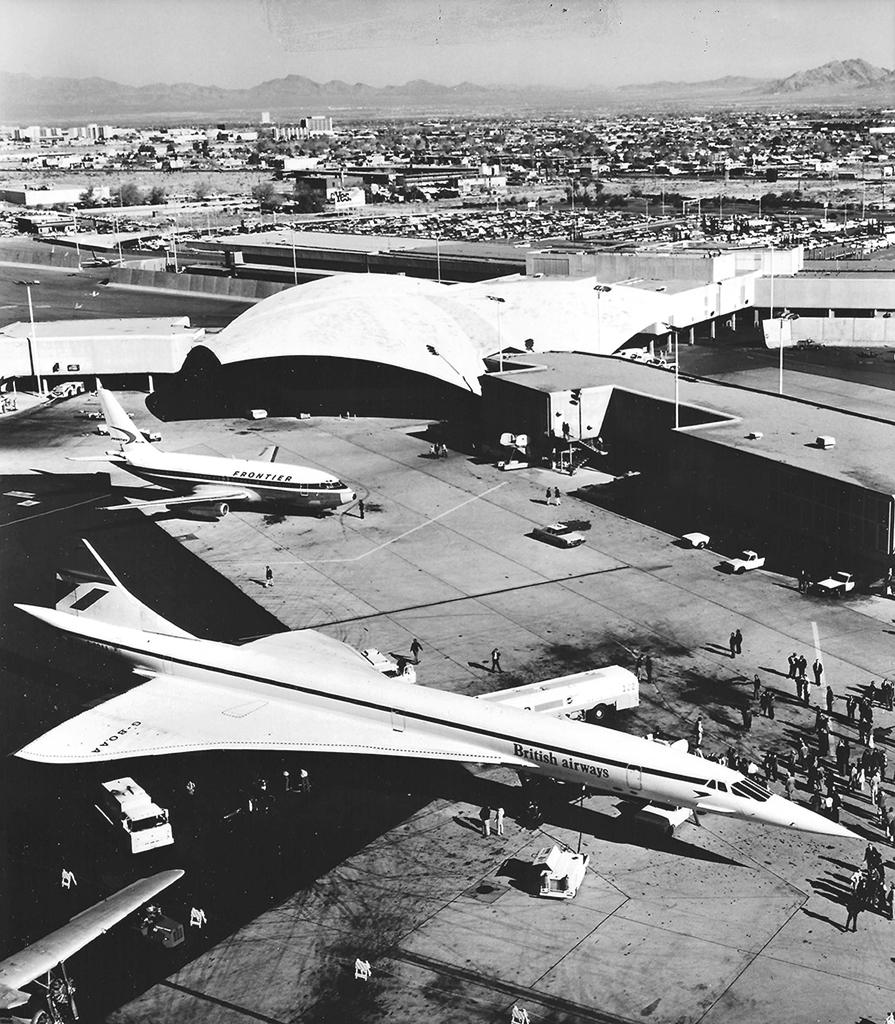 Concorde 206, the first to operate a commercial service for British Airways in January 1976, flew proving trials in December 1978 for U.S.-based Braniff International Airways before the short-lived services with the Concorde began between the two airlines in 1979. The aircraft, which was also the first to fly a commercial supersonic flight to New York after the city’s ban on the Concorde was lifted in 1977, is pictured at Las Vegas during the 1978 trials. Flown by Braniff and British Airways crews, the aircraft visited 16 U.S. cities during the tour, 13 of them for the first time. This aircraft last flew in 2000 and is preserved in East Lothian, Scotland.

March 2, 1969, marks the 50th anniversary of the first flight of the Anglo-French Concorde, the world’s first and—so far—only supersonic civil airliner to see prolonged service. As plans advance for a 21st-century generation of civil supersonic aircraft, we take a trip back through Aviation Week & Space Technology’s archives to highlight some of the Concorde’s earlier years.

Final Testing Will Clear Way For Assembly Of Supersonic X-59A