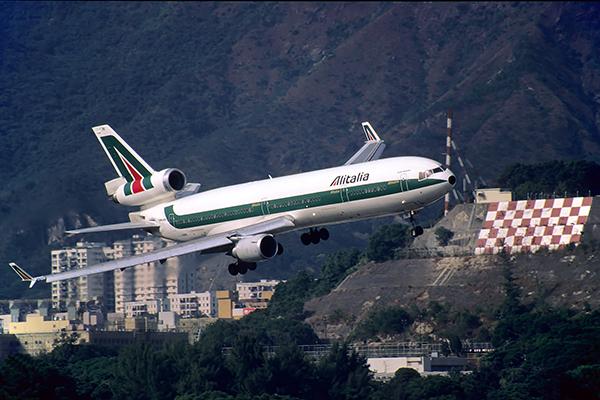 An Alitalia MD-11 making its right-hand turn at the checkerboard, somewhat lower than was normal. 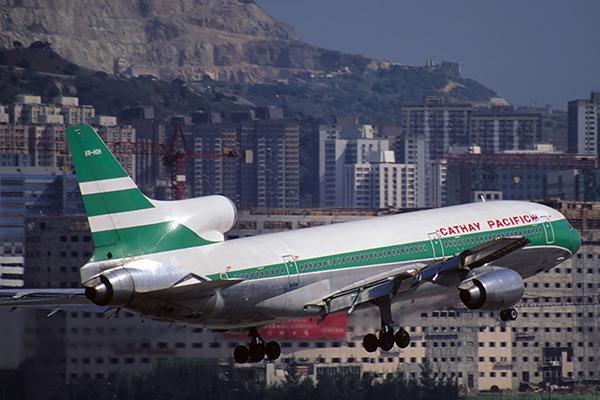 A workhorse for Cathay Pacific for many years at Kai Tak, was the Lockheed Tristar, shot from the roof of some council flats. 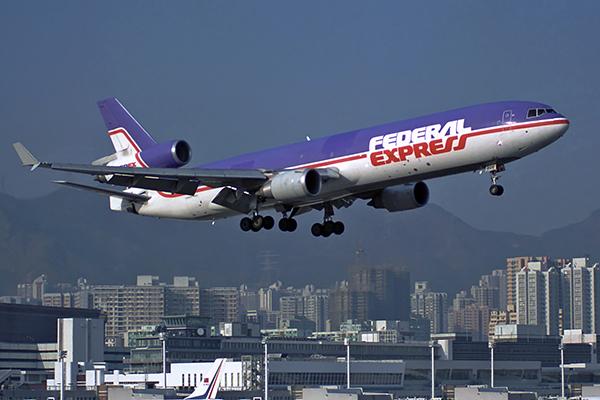 The FedEx MD-11 was a regular sight, every afternoon at Kai Tak. 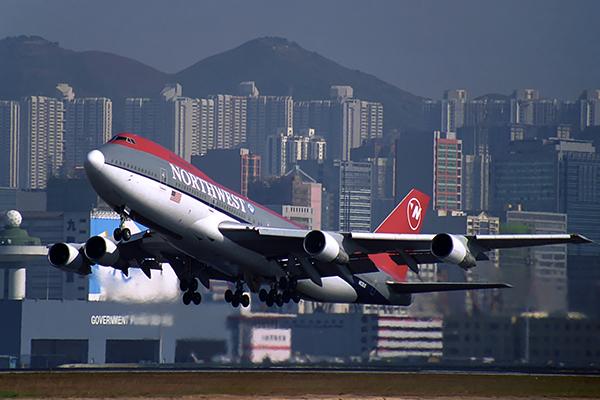 A Northwest Boeing 747-200 rotates off runway 31, offering a different view of the airport. 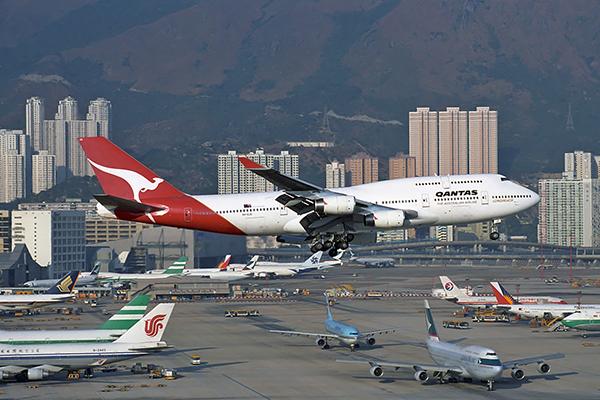 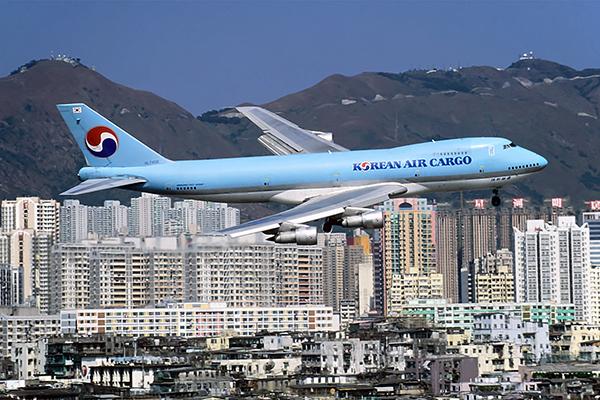 A Korean Air Cargo Boeing 747 freighter banks to the right as it passes the buildings of Hong Kong. 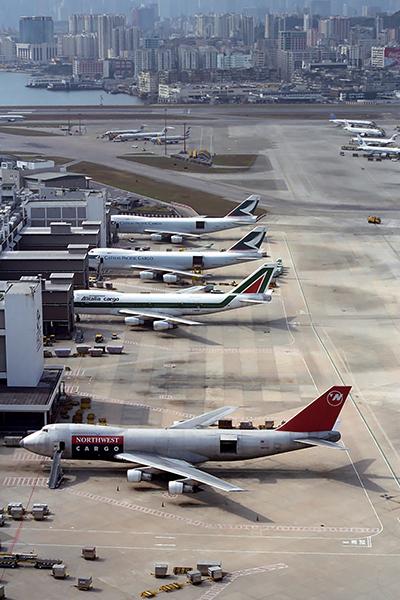 Air cargo was a big operation at Kai Tak, this image shows a lineup of Classic Boeing 747 freighters at the cargo terminal. 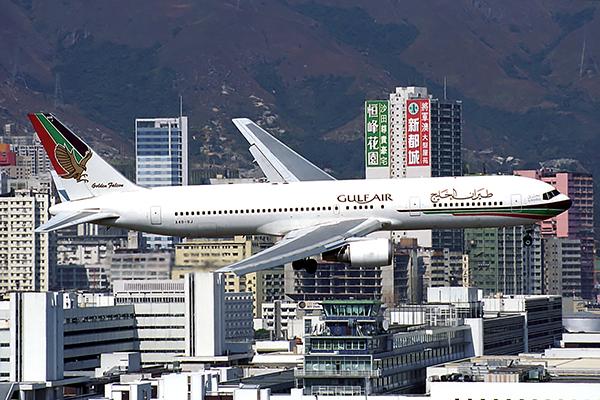 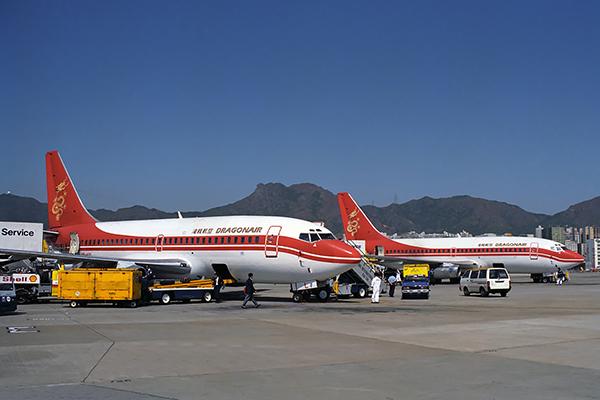 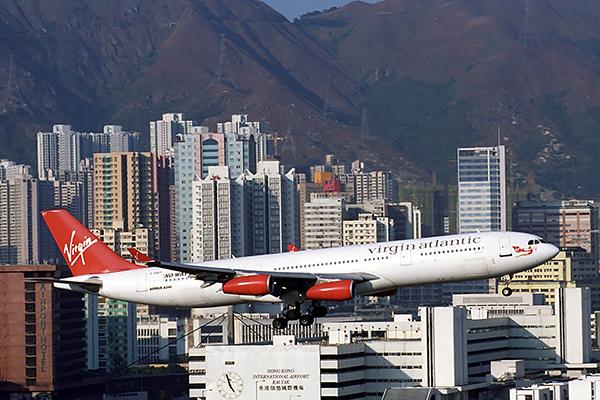 A Virgin Atlantic Airbus A340-300 shown arriving late afternoon. The car park roof in the background was a popular spot to watch the aircraft on approach and landing. 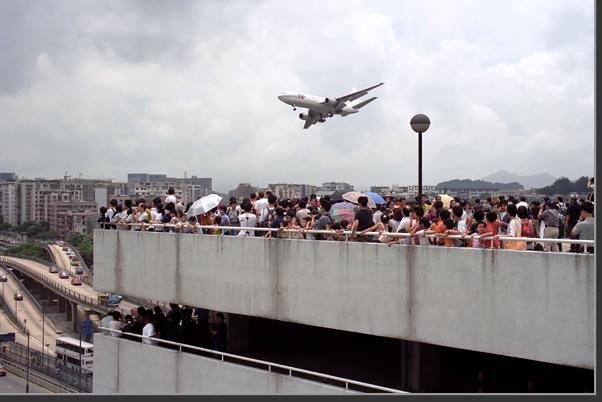 A crowd gathers on the car park roof on July 5, 1998, to view some of the last flights at Kai Tak Airport.

Kai Tak Airport was the international airport of Hong Kong from 1925-1998. It was well known for its hair-raising aircraft landings, making it a favorite of aviation photographers and crowds alike.

Landings were technically demanding for pilots, as they could not use aircraft instruments to land. Who could forget the checkerboard approach, with the tight right-hand turn to line up for runway 13 (aka “Kai Tak heart attack”), and passengers at the right-hand windows looking right into people’s lounge rooms?

It was pleasing to learn recently that the famous Checkerboard Hill itself was being renovated.

The airport was closed in 1998 to make way for the current Hong Kong International Airport, at the safer Chek Lap Kok island location.