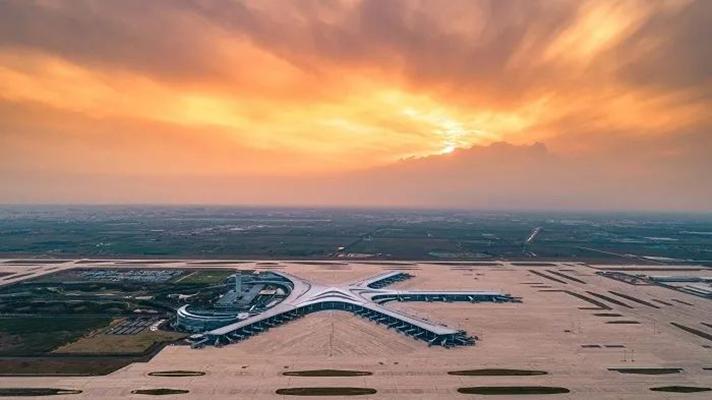 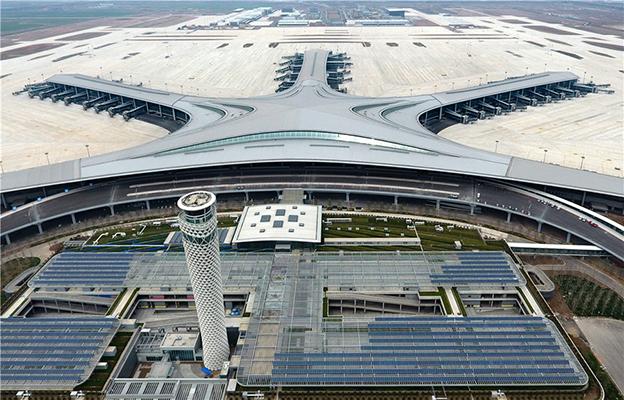 Construction of Qingdao Jiaodong International Airport began in June 2015 and was completed in June 2020. 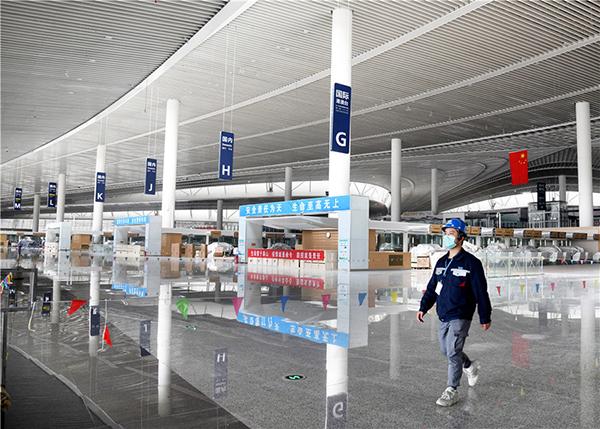 Qingdao Jiaodong International Airport will be able to handle 35 million passengers, half a million tonnes of cargo and 29.8 million movements. 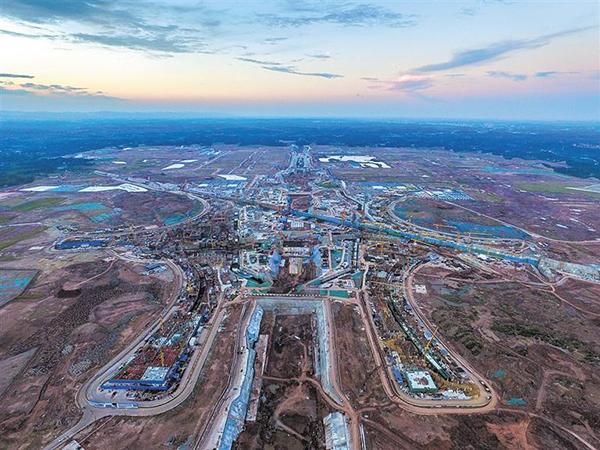 Chengdu opened Tianfu International Airport (TFU) June 27, becoming the third Chinese city to operate two major airports after Beijing and Shanghai. TFU is the largest civil transportation airport constructed as part of China’s 13th five-year plan and the most ambitious since the development of Beijing Daxing Airport (PKX). The purpose of TFU is to ease the load of Chengdu Shuangliu International Airport (CTU), which handled 55.9 million passengers in 2019, surpassing its designed capacity. Even though the pandemic reduced passenger numbers, CTU was the world’s third busiest airport in 2020, with 40.7 million passengers. Pictured, TFU under construction. 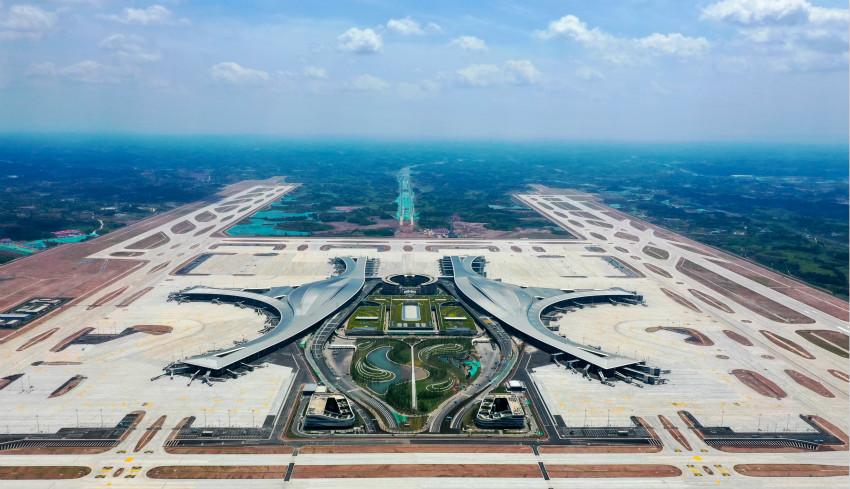 Chengdu Tianfu terminals are built to resemble a sunbird. 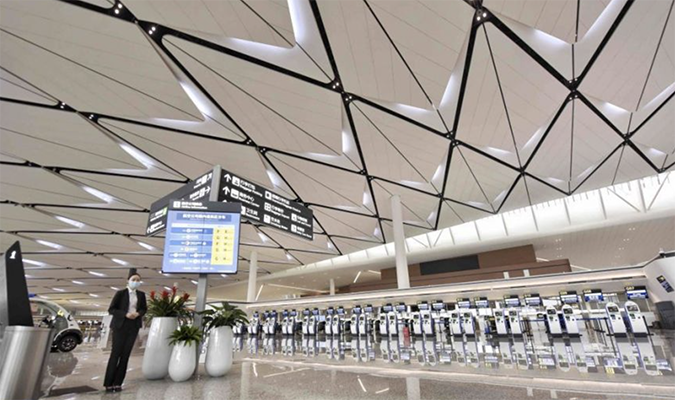 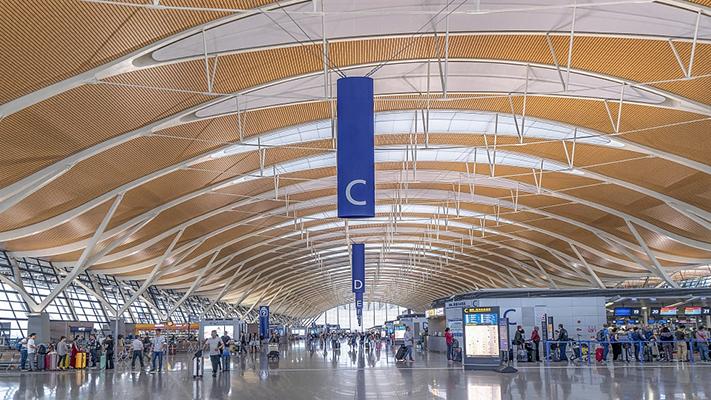 Shanghai Pudong Airport consists of two different terminals: Terminal 1 and Terminal 2 and the new satellites. Pictured: inside the Shanghai Pudong Satellite Terminal, which opened in September 2019. 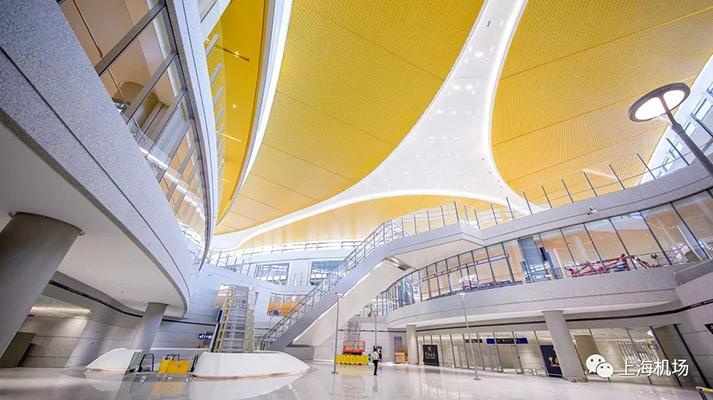 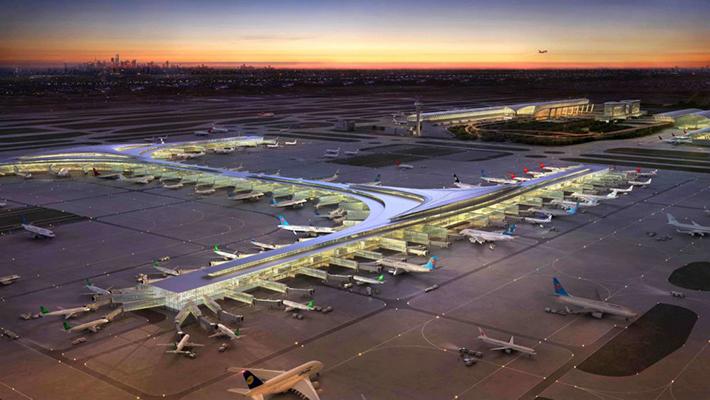 The Civil Aviation Administration of China (CAAC) is forecasting that passenger volume in 2021 will reach 590 million, or 90% of 2019 levels, contributed mainly from domestic traffic. CAAC said it will adjust its international passenger flight policy to promote the recovery of flights from abroad, as well as implement an “open policy” for air cargo traffic rights to increase capacity.

In 2021, China wants to build six new airports, bringing the total number of commercial airports to 247. In the last five-year plan between 2016 and 2020, 43 airports were built, 39 of which were regional or provincial hubs. Most notably, passenger volume of airports in the central and western provinces increased by 55.7% more than the national average of 7.9%.

China’s domestic air travel demand is fueled by massive pent-up demand from the upper middle-class segment who are unable to travel abroad for holidays due to border closures. Regardless if international travel resumes, some major airports are already seeing positive growth in key indicators, and Chinese airports are taking the lull period to improve airport infrastructure with minimal disruptions.

Chen Chuanren is the Southeast Asia and China Editor for the Aviation Week Network’s (AWN) Air Transport World (ATW) and the Asia-Pacific Defense Correspondent for AWN, joining the team in 2017.