People To Watch In Commercial Aviation In 2022 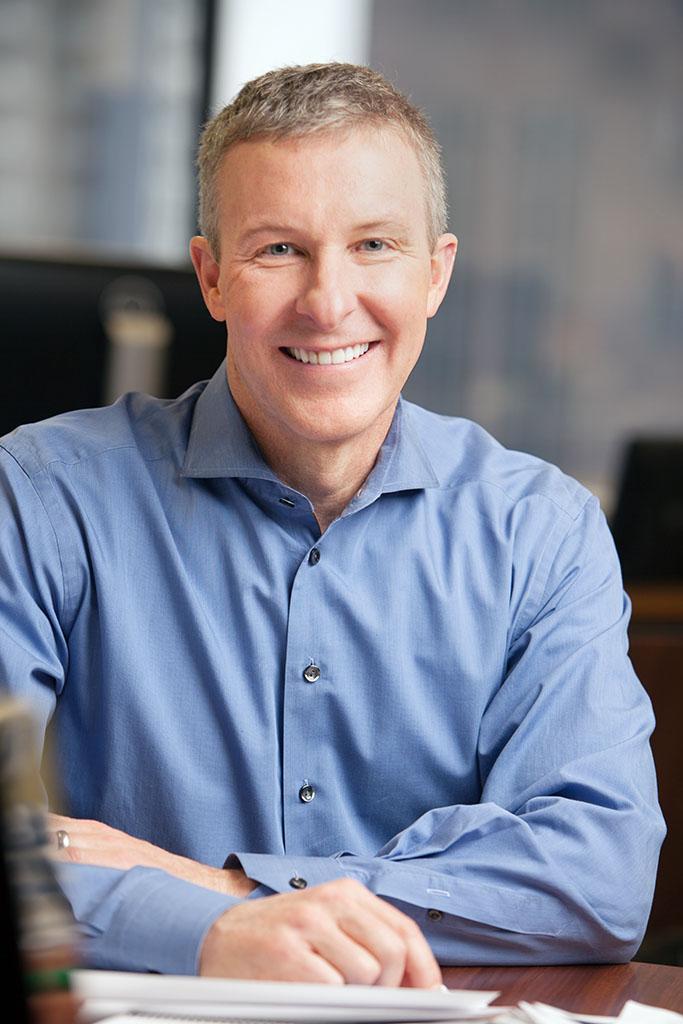 Kirby has formulated many long-term targets for United—moving into supersonic flying, meeting net-zero emissions without offsets and placing orders for air taxis and electric regional aircraft. In the shorter term, he is aiming for United’s turnaround to make it a more customer-focused and -friendly airline. The carrier has also been the only big U.S. legacy airline not to retire widebodies, in a major bet for international operations recovery in 2022. Kirby would like United to be the biggest American transatlantic operator by next summer as the airline rebuilds its European and African networks. United is restoring its networks ahead of the introduction of the Airbus A321XLR, which will replace its Boeing 757s on thin, long-haul routes out of Washington’s Dulles International Airport and New Jersey’s Newark Liberty International Airport. 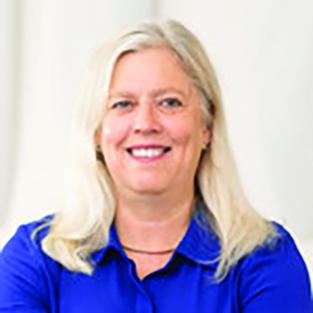 Before she took this role with Joby in early 2020, Simi held many other disruptive and eyecatching positions. Most recently, as president of JetBlue Technology Ventures, she led corporate venture capital investment for what was one of the airline industry’s first such offices. That came after 17 years as a line pilot for JetBlue Airways and United Airlines. And before that, the California native was a three-time Olympian and 10-time U.S. national champion in luge and bobsled, as well as an expert commentator for the NBC Sports Group.

While she likely knew of Joby’s business plans to become a publicly traded stock, it is doubtful she imagined the COVID-19 pandemic as she transitioned from JetBlue’s venture capital group to one of its key investments. Now Joby is both public and a leader in the ballooning advanced air mobility sector after the pandemic triggered a rush of investment and interest in private and sustainable aviation. The startup says it remains on track to meet its goals of FAA Part 23 certification for its all-electric vehicle in 2023 and Part 135 approval to launch its air taxi service in 2024. 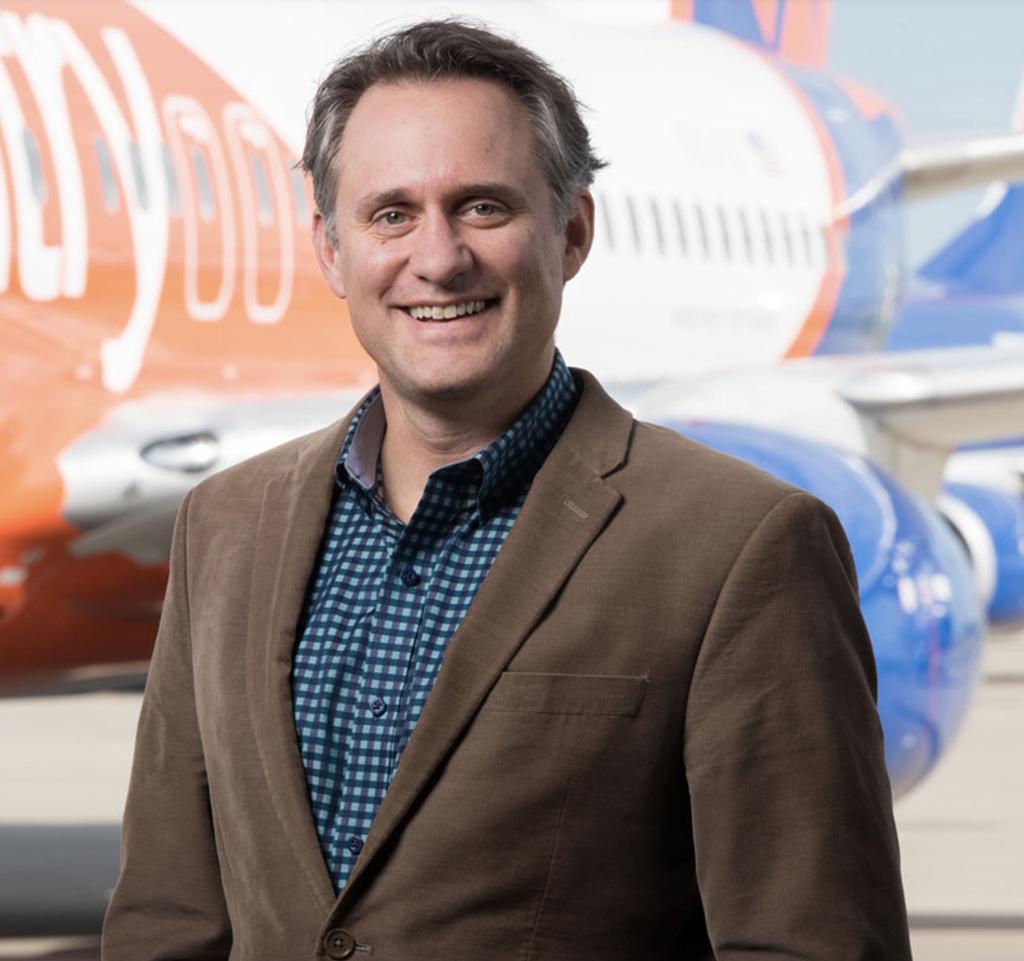 Bricker joined Sun Country in 2017 and transitioned the airline, whose history dates back to to 1982, into an ultra-low-cost carrier (ULCC). That transition included eliminating first class, overhauling the IT system and adjusting its network to focus heavily on seasonal leisure trends. Sun Country has also diversified its revenue streams into charter operations and a contract to operate Boeing 737-800 freighters for Amazon—it now flies 12 of the aircraft for the e-commerce giant. The cargo and charter operations, which peak in the fall, counterbalance weaker leisure demand during that same time period. This revenue diversification has been key during the COVID-19 pandemic, reflected in Sun Country’s ability to increase its third- quarter revenue by 1% compared to the same period in 2019. Sun Country’s model is unique in the ULCC space, as it is the only ultra-low-cost airline to offer a dedicated freighter operation. 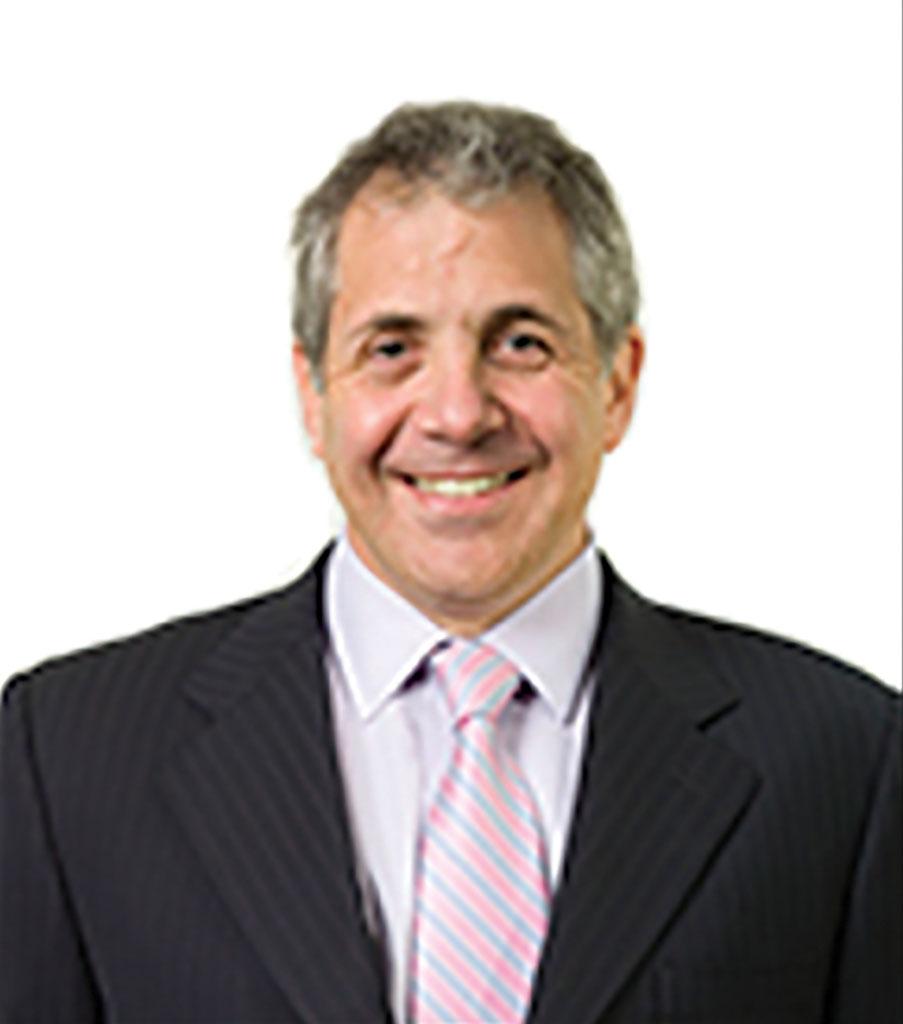 Alvo has been a long-time member of the LATAM Airlines senior management team, having joined LAN Airlines in Chile in 2001. But it was only in 2020 that he stepped up to become CEO of the airline group, replacing Enrique Cueto, one of the founding shareholders of the group. He took over responsibility for the company amid the COVID-19 crisis and, in the absence of government aid, was forced to place the company into bankruptcy protection. Now that a restructuring plan has been filed, Alvo’s primary task in 2022 will be to complete LATAM’s exit from Chapter 11 and restore the airline to its position as the leading carrier in Latin America with branches in several different countries. 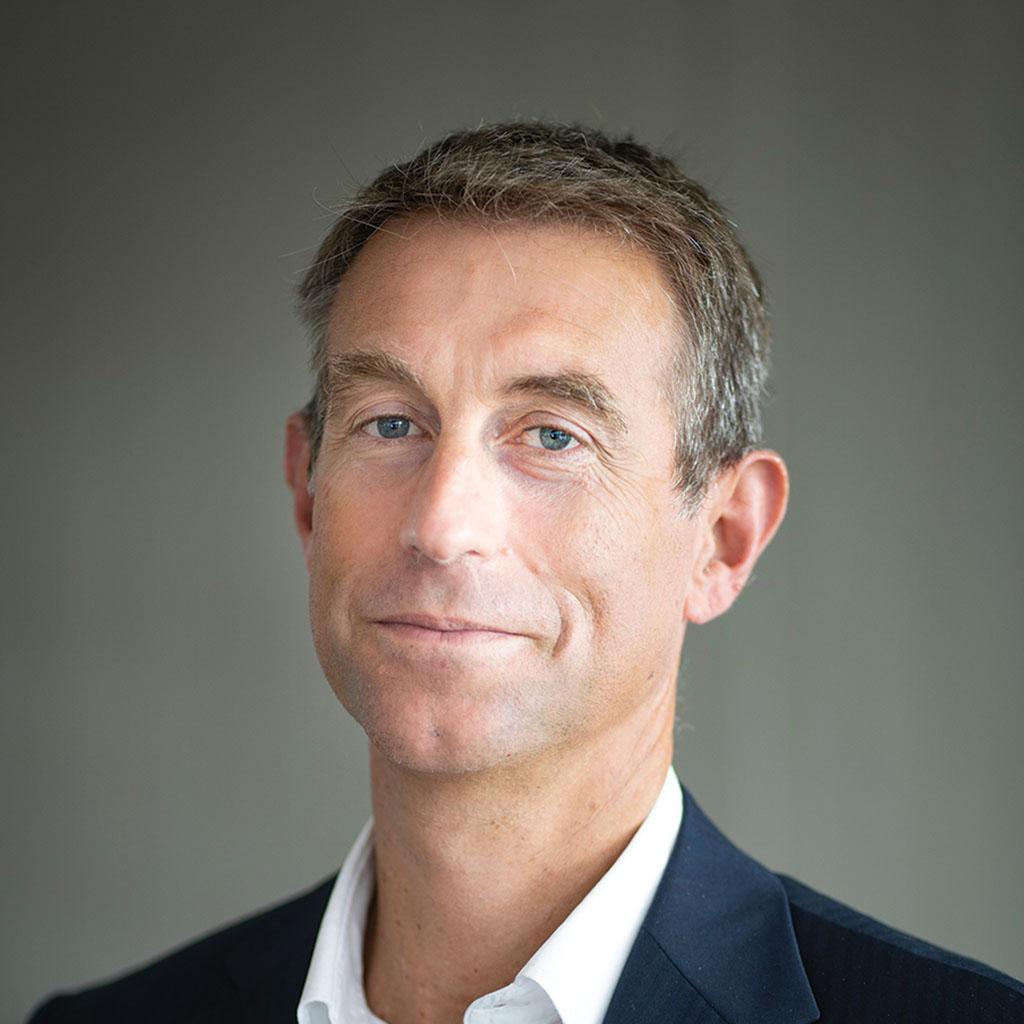 With the emphasis Airbus has been putting on digital tools and big data analysis, Rouby will play a central role in the manufacturer’s future. One of Rouby’s projects is aimed at nothing less than eradicating unscheduled maintenance. Such an unprecedented advancement in MRO is the goal of the Digital Alliance formed by Airbus, Delta TechOps and GE Digital. The new entity will cover Airbus and non-Airbus aircraft.

Airbus’ Skywise data-sharing and analysis platform is a pillar of the company’s digital transformation. Some 140 carriers have signed the Skywise core agreement and 10,000 aircraft are connected. 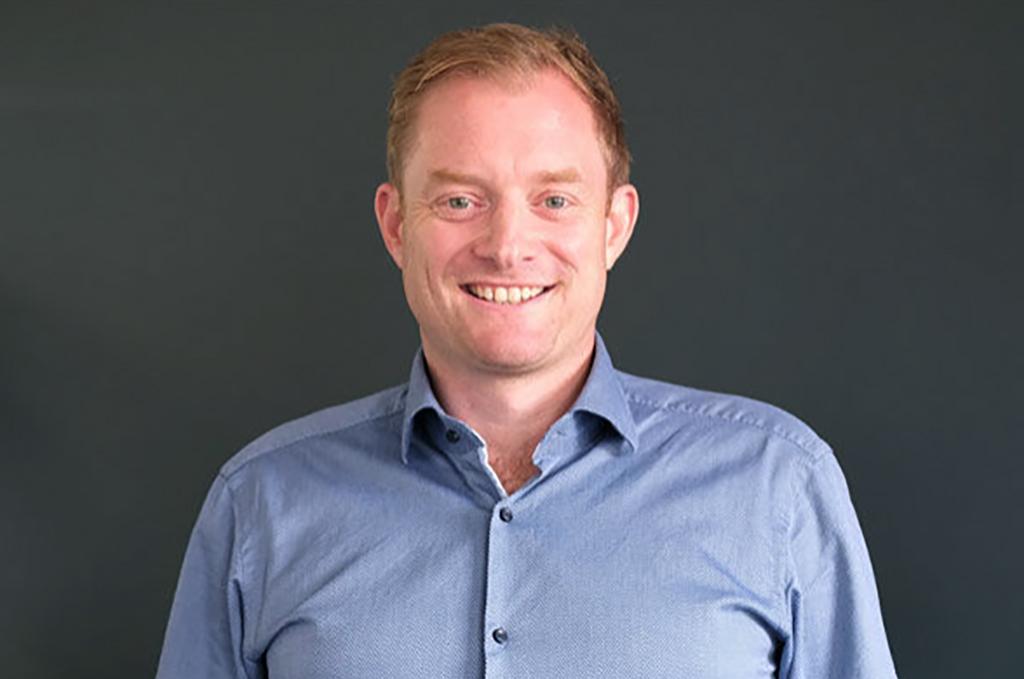 The background of Satavia founder and CEO Durant includes expertise in cloud microphysics, volcanic ash clouds and climate science. “Ash detection got me in innovation for aviation,” he says, referring to the 2010 eruption of Iceland’s Eyjafjoll, which disrupted air traffic for weeks. Now Durant may become a key player in the prevention of contrail formation. Condensation trails, or contrails, are believed to account for one-half to two-thirds of aviation’s climate impact.

Satavia was founded in 2013 and began commercial operations in 2015, thanks to a grant from the European Space Agency (ESA). At the time, the company was focusing on engine condition and damage from the environment such as the effect of ice crystals. It harnessed satellites to validate its models—hence ESA’s support. Satavia worked for three years with Rolls-Royce and GKN on engine certification for icing conditions in the framework of the UltraFan program. “It was a logical step to look at contrail formation, which we began a year and a half ago,” says Durant. Etihad is Satavia’s first airline customer for contrail prevention. 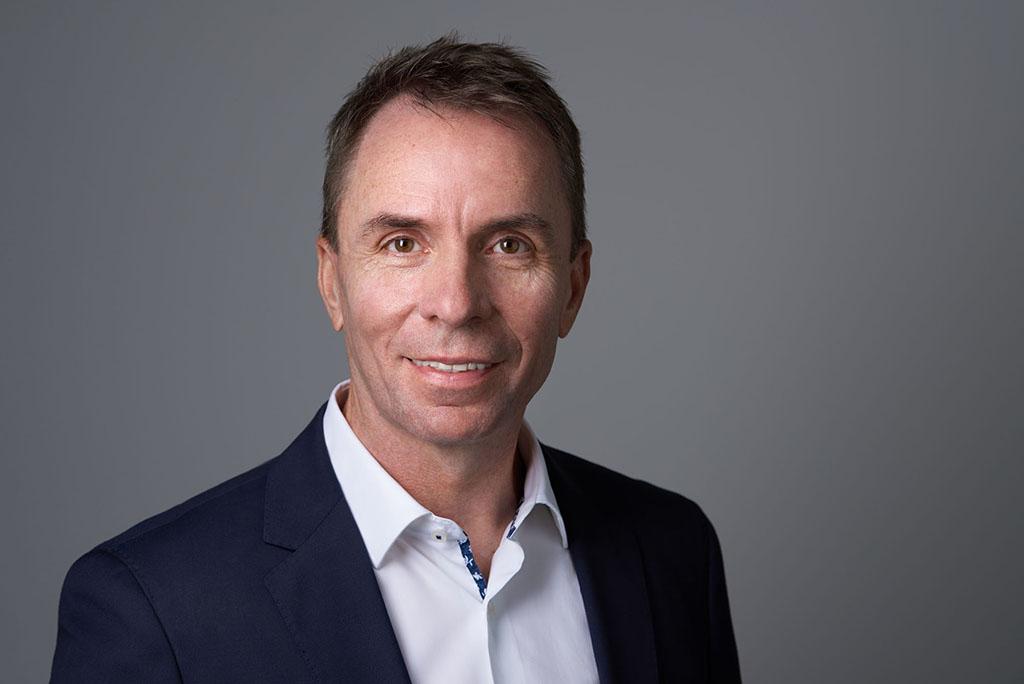 Varadi was one of the founders of Budapest-based Wizz Air in 2003, and nearly 20 years later, the LCC’s CEO is presiding over a rapidly expanding airline that has found opportunities amid the COVID-19 crisis. Wizz Air made its first flight in 2004 and in 2019 carried 200 million passengers. The LCC has been opening new bases and growing existing ones during the crisis, and its CEO has demonstrated his entrepreneurial flair with innovative projects such as the January 2021 launch of Wizz Air Abu Dhabi. Wizz Air now operates from 151 airports in 44 countries, and its fleet of 120 Airbus aircraft is set to grow dramatically. A major order unveiled in November 2021 boosted the carrier’s firm orders to 34 Airbus A320neos, 254 A321neos and 47 A321XLRs. It is well on the way to its ambition of being a “500-­­­​aircraft group.” 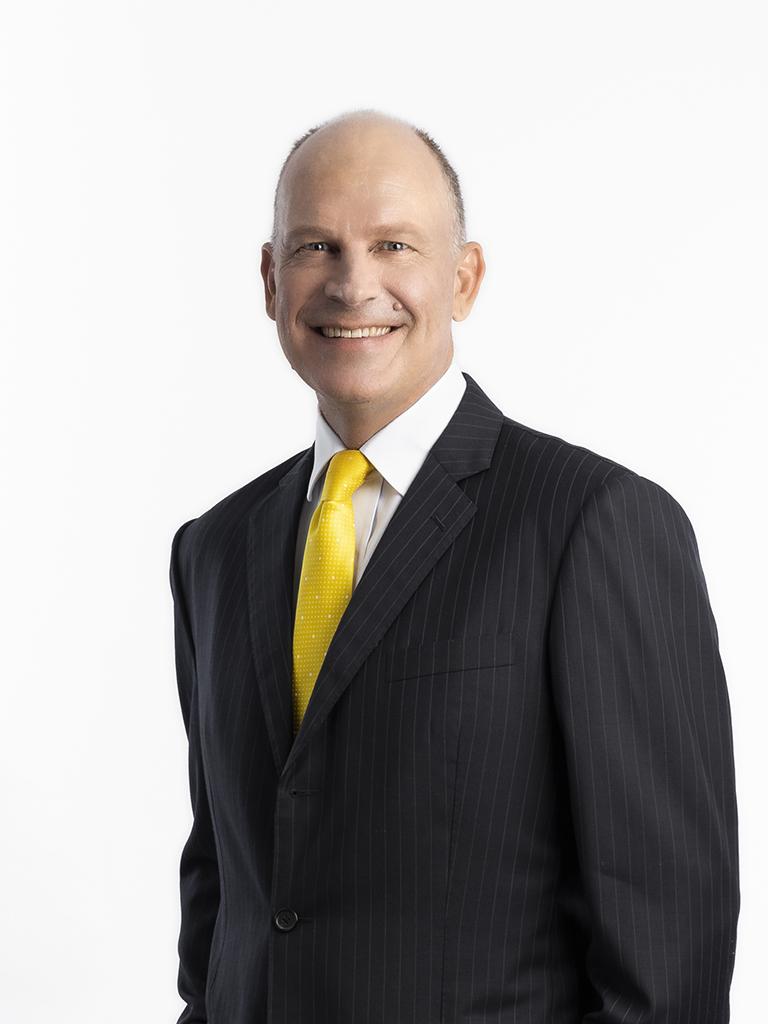 Under the leadership of CEO Wilson, Singapore-based Scoot is becoming the standard bearer for the long-haul, low-cost business model in the Asia-Pacific region. Scoot is expanding its routes between Singapore and Europe despite the COVID-19 pandemic. The airline restarted its Berlin and Athens routes in 2021 after a hiatus due to the pandemic and was scheduled to launch service to London Gatwick Airport via Bangkok on Dec. 16.

Wilson is in his second stint in charge of the LCC, which is a subsidiary of the SIA Group. He was Scoot’s first CEO when it launched in 2011, then switched to another senior executive role elsewhere in the SIA Group about five years later. He returned to take over the LCC again in April 2020. Scoot is playing an increasing role in the SIA Group’s strategy, particularly after picking up a number of routes from now-defunct SIA carrier SilkAir. Scoot could be particularly important to the group in the post-pandemic period with its Boeing 787s and Airbus narrowbody fleet. The carrier still has five 787s and 40 Airbus narrowbodies on order, so more growth is in the cards. 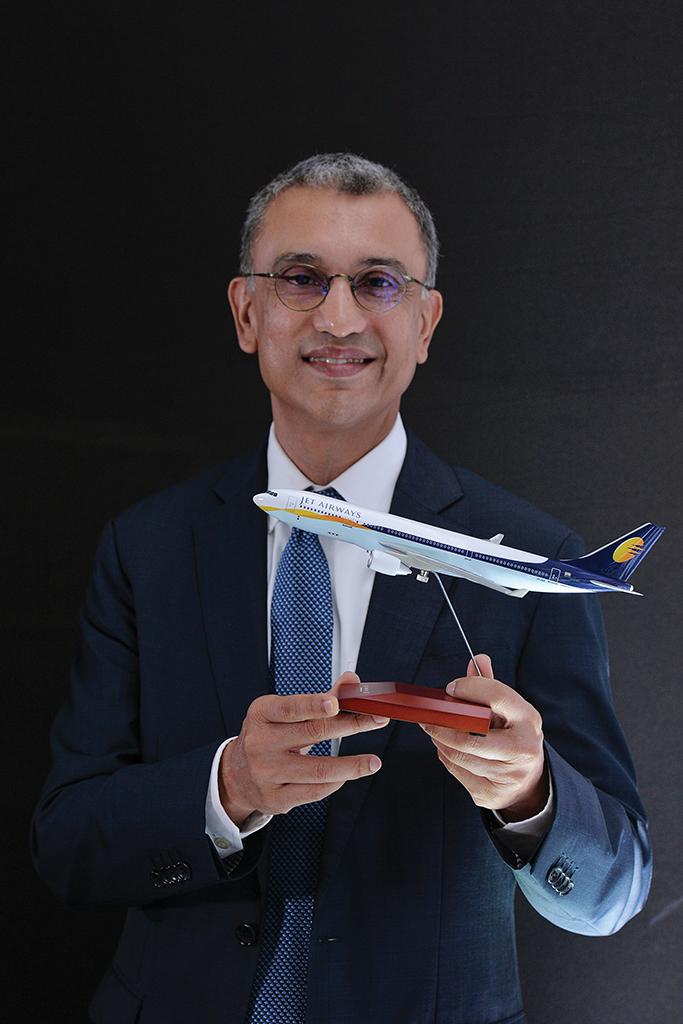 Indian airline industry veteran Dube will be at the helm of startup LCC Akasa Air when it launches in the summer of 2022. Dube is a former CEO of Jet Airways and LCC GoAir, and his involvement will make rivals take the startup seriously. Akasa placed an order for 72 Boeing 737 MAXs at the Dubai Airshow in November, a move that underlines its ambitious growth plans. The carrier also has strong financial backing from high-profile Indian investor Rakesh Jhunjhunwala.

The Indian domestic market is already dominated by LCCs, particularly market-leader IndiGo. Akasa will not be large enough initially to threaten IndiGo, but it could pose new problems for smaller LCCs. The entry of a dynamic newcomer could even help spur further consolidation in the Indian LCC market.

Airline CEOs and others who will make a difference and lead trends in 2022.