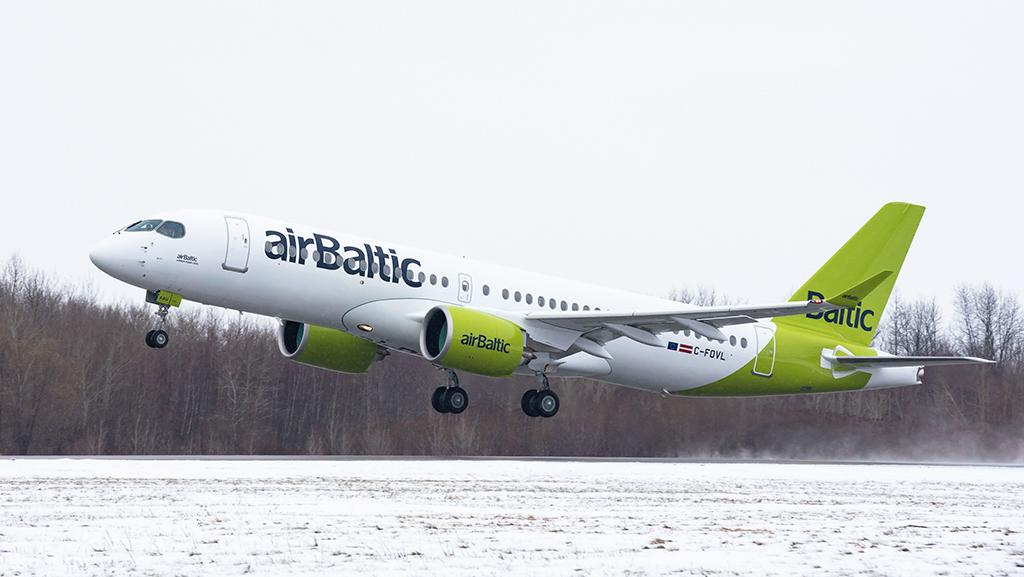 Distinguishing features: Swept tail fin set relatively forward over horizontal stabilizer with prominent extended tail cone, relatively large high-bypass-ratio engines relative to fuselage width, and distinctive pointed nose with blended four-screen windshield. Two main family versions are differentiated by length: The A220-100 has 12 forward windows ahead of emergency exit, while the A220-300 has up to 17. Sometimes mistaken for: A320, A320neo, E-Jet. 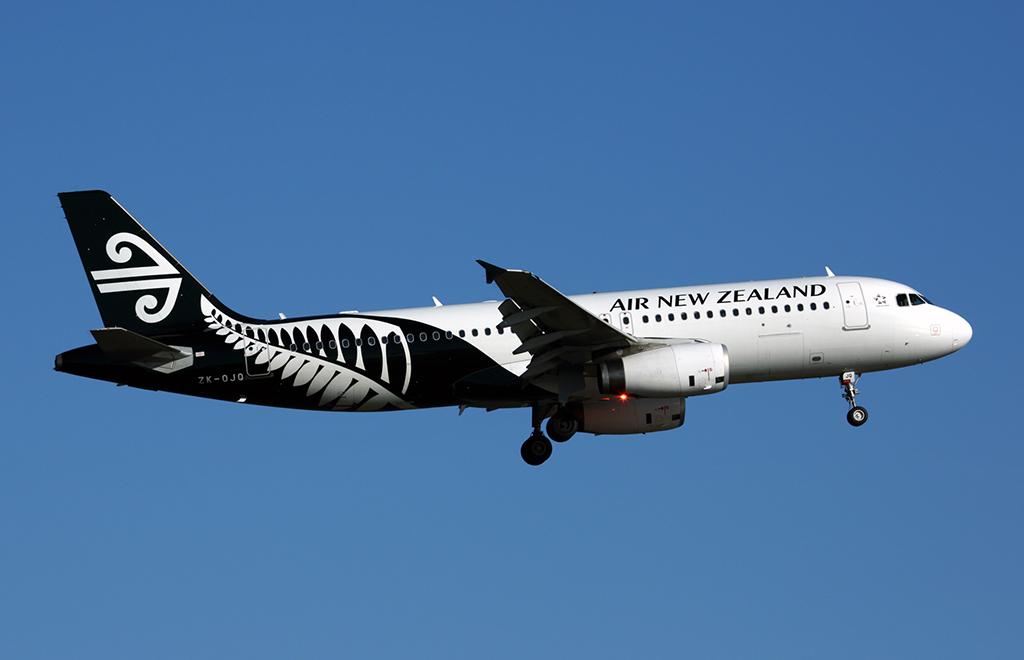 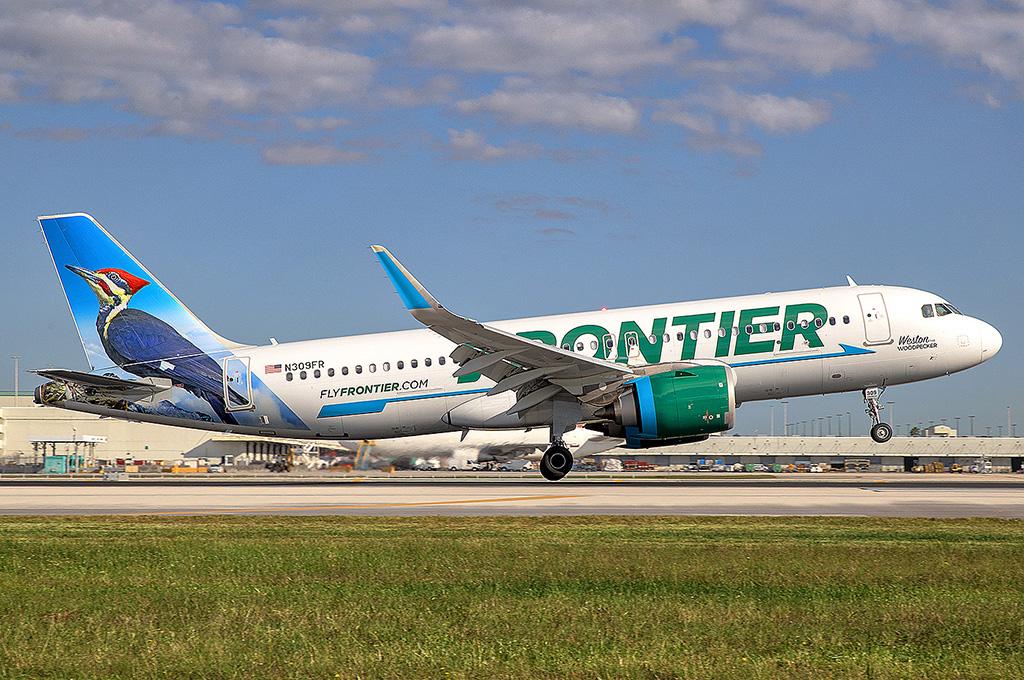 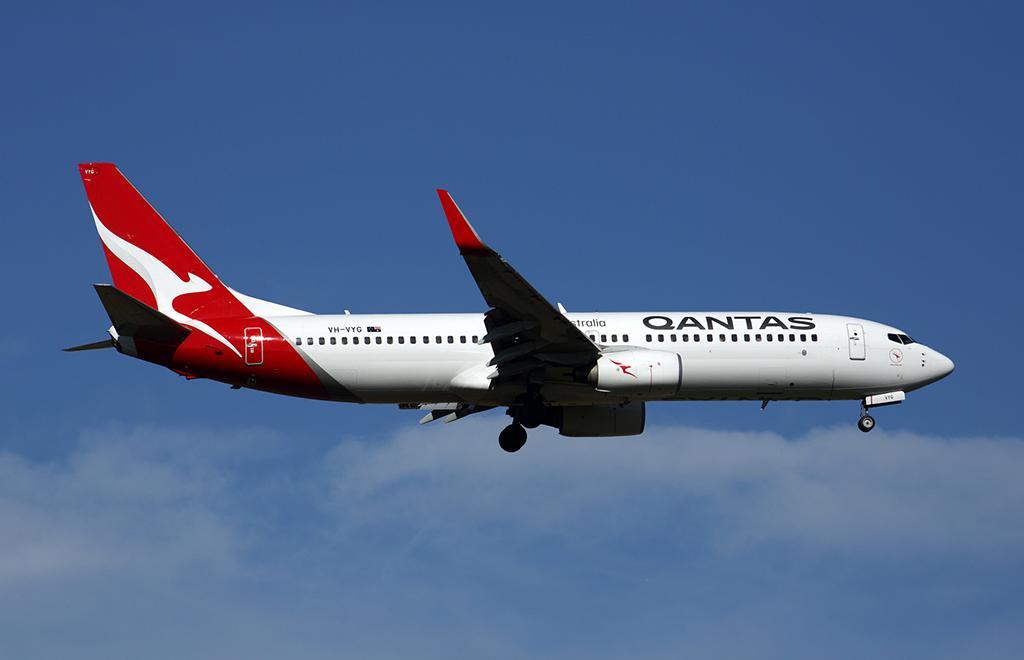 Distinguishing features: Narrower, more-pointed nose section, shorter nose and main landing gear legs compared to A320 and “V” shape beneath flight deck side windows; dorsal fin forward of vertical tail; shortened tail cone directly beneath rudder; no doors over main landing gear when retracted; and flattened lower engine nacelles. The smaller 737-600/700s have two main doors and one over-wing exit per side, while the 737-800 has two main doors and two over-wing exits. The 737-900ER has an added exit door aft of the wing trailing edge. Sometimes mistaken for: A320, 737 MAX. 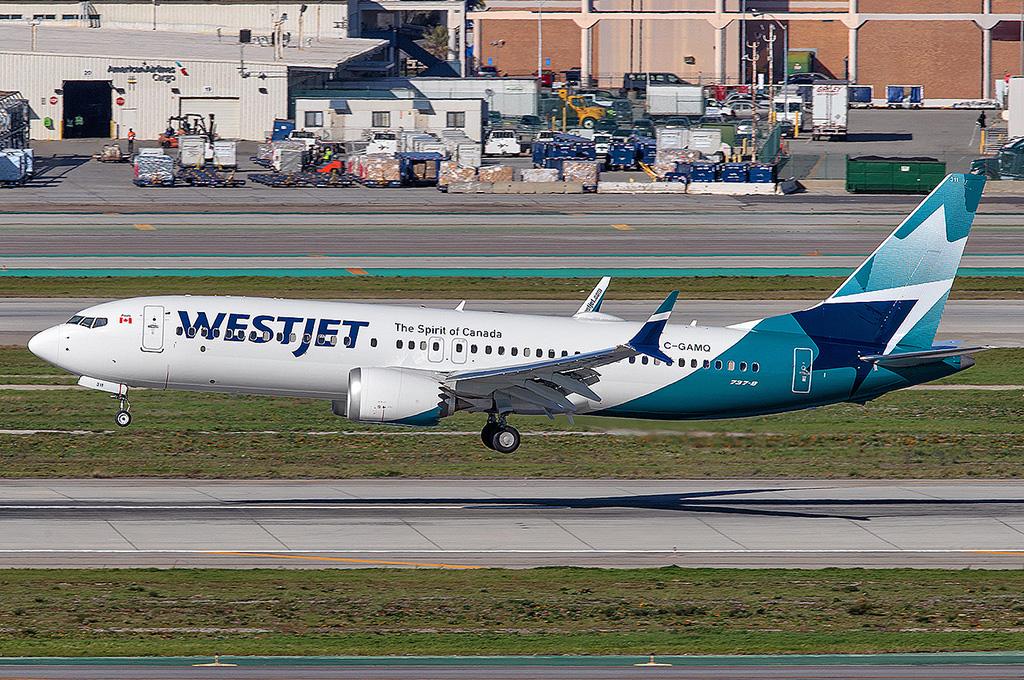 Distinguishing features: Larger engines with chevron shapes around aft bypass duct, prominent extended nose leg and large split winglets (similar split winglets can be retrofitted to 737NG). The 737-7 and -8 have two main cabin doors and two over-wing exits. The 737-8-200, -9 and -10 have an added exit aft of the wing trailing edge. Sometimes mistaken for: A320, 737NG. 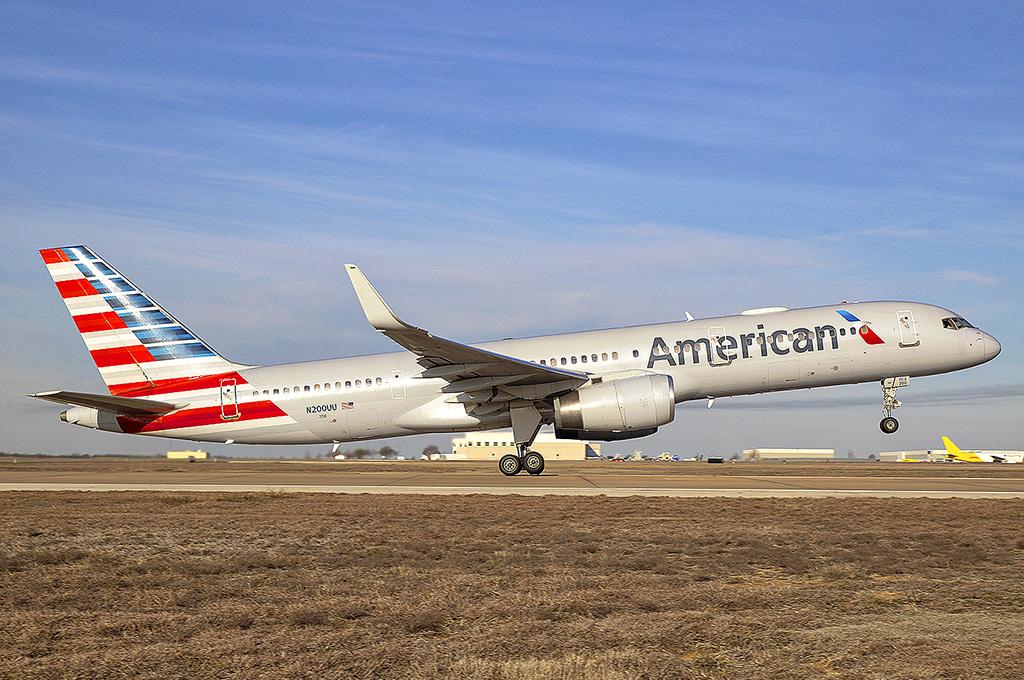 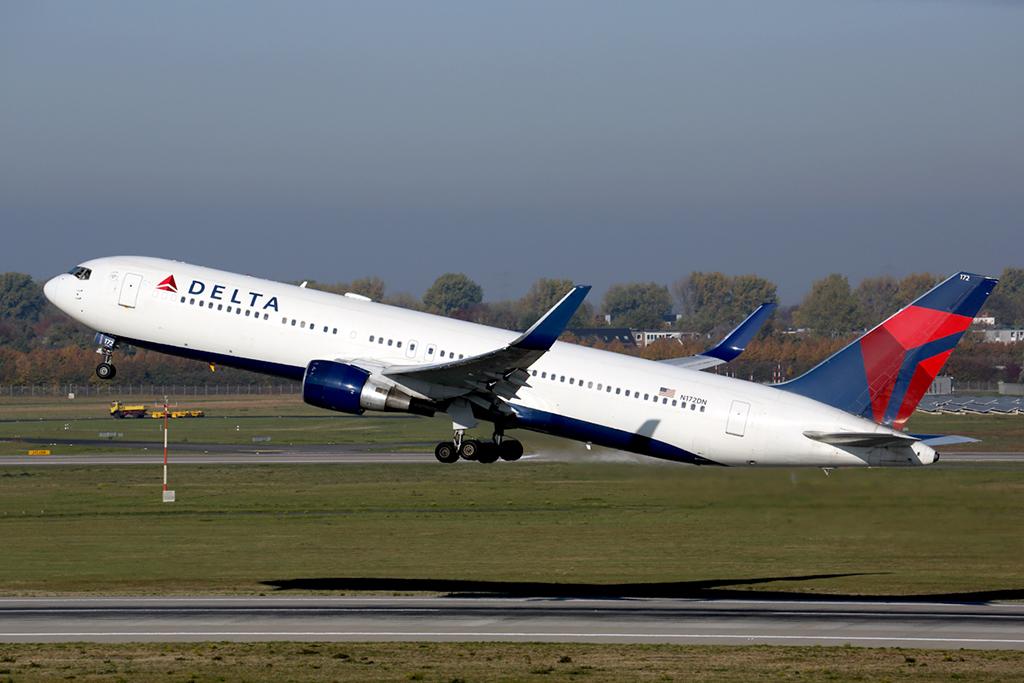 Distinguishing features: Wide body, blunter nose than 757 or A330 and four-wheel main landing gear—the front axle of bogie hangs lower than aft when extended. The shortest version, the 767-200, has one over-wing emergency exit door, while the 767-300 typically as two, some with one forward or aft of the wing. The 767-400 has two emergency exit doors, one forward and one aft of the wing. The 767-300 and -400 both have retractable tail skids, while the -400 is the only version of the 767 with raked wingtips. Sometimes mistaken for: 757, A330. 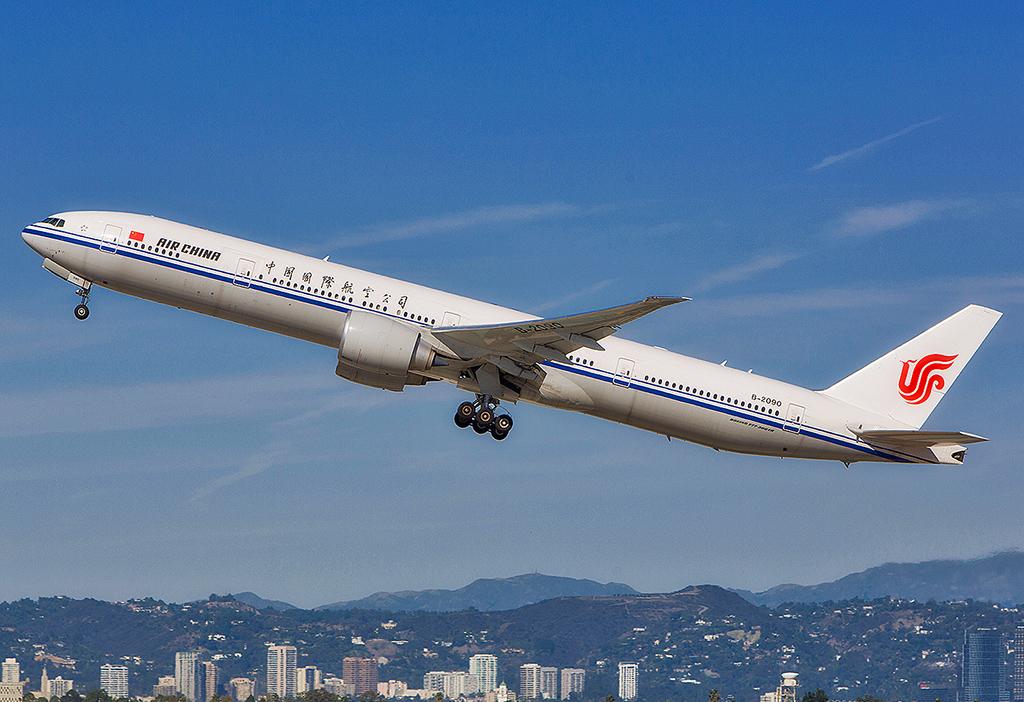 Distinguishing features: Very large high-bypass engines, circular fuselage cross-section (ovoid on 767), six-wheel main landing gear units (hence the spotter nickname “big foot”) and a flattened “bladed” tail cone with APU exhaust on one side only. The 777-200 has four main cabin exit doors while the 777-300/300ER has five. All later -200LR, 777F and -300ER versions have raked wingtips. Sometimes mistaken for: 767, A330, A350. 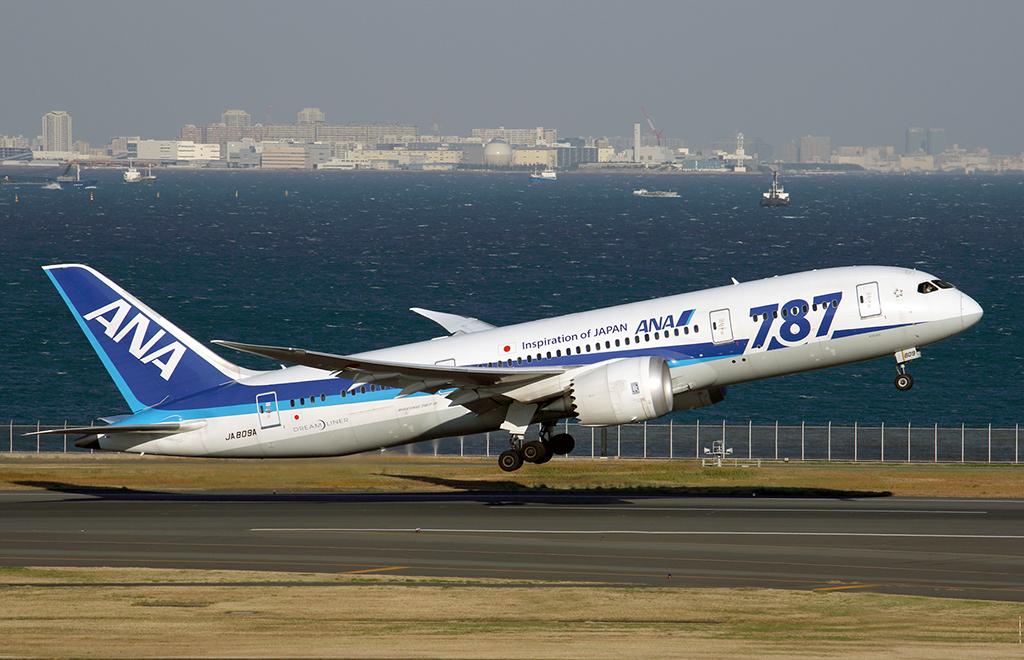 Distinguishing features: Prominent dihedral angle of wing, particularly in flight, engines have chevron serrations around fan exhaust, smooth nose profile with blended flight deck windows which are made up of four panels, and raked wingtips. The shorter 787-8 has nine windows between the first and second main cabin doors, while the 787-9 has 14 and the 787-10 has 19. Sometimes mistaken for: 767, A330, A350. 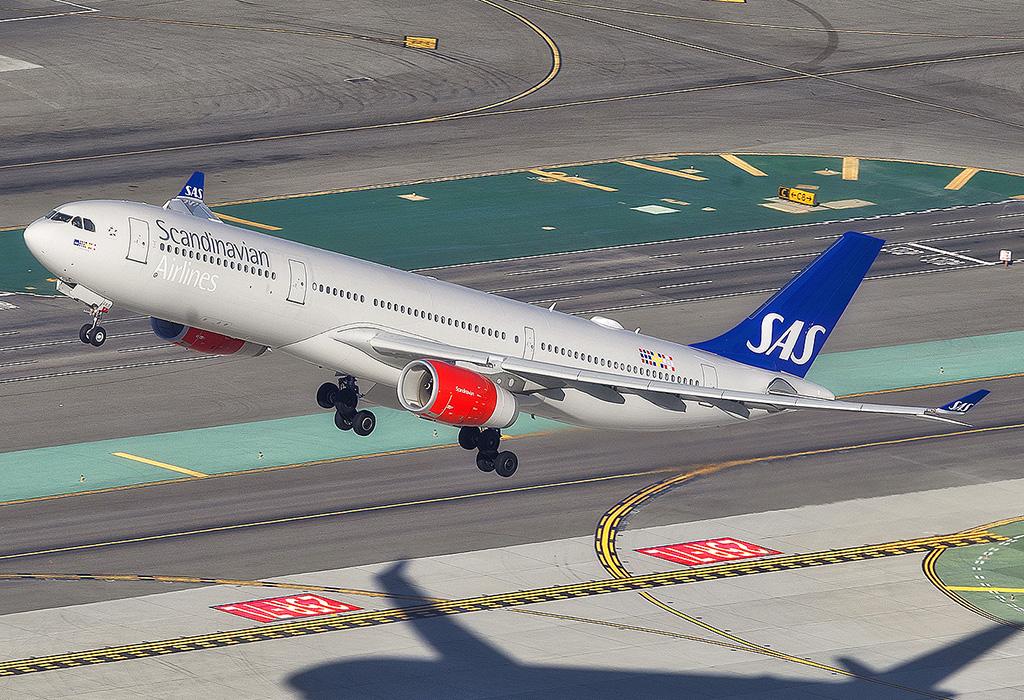 Distinguishing features: A320-style notched flight deck side window, four-wheel main landing gear truck with aft axle lower when deployed, prominently bulged wing-body and a more rounded nose compared to 767. The A330-200 has 12 windows between the forward two main cabin doors while the longer A330-300 has 17 or 18, depending on variant. The re-engined A330-800 and 900 have larger engines and curved “sharklet” style winglets, while the baseline A330 has angular winglets. Sometimes mistaken for: 767, 777, 787, A350. 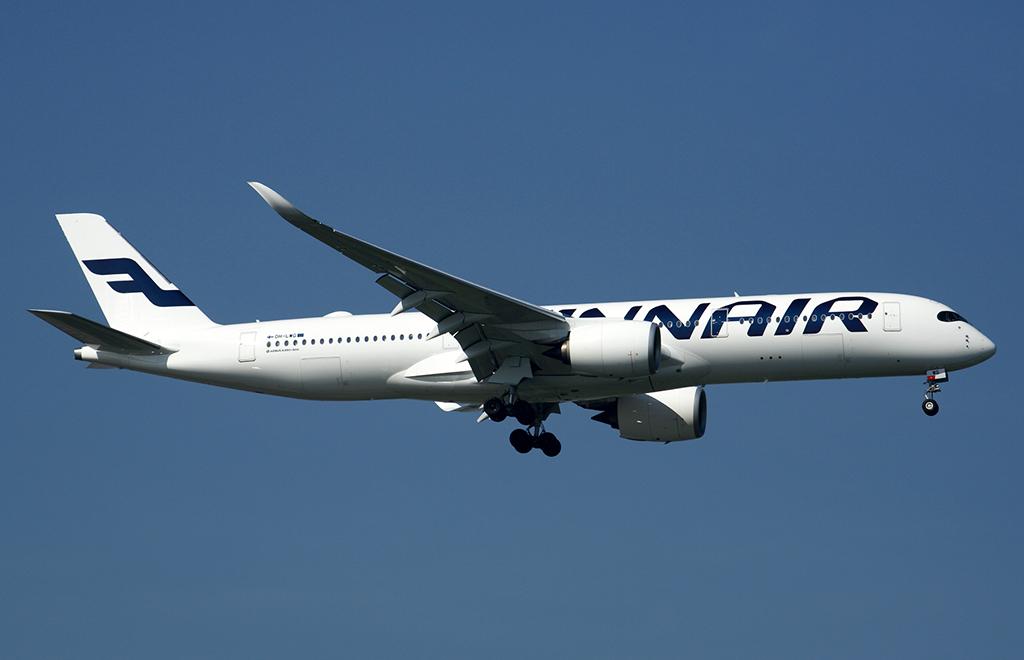 Distinguishing features: Blended nose profile with six-piece flight deck windshield, side windows have curved edges held within a black frame, large high-bypass-ratio turbofans, distinctive curved wingtips, and a distinctive step in extended aerodynamic fairing aft of trailing edge. The A350-900 has a four-wheel main landing gear truck while the longer A350-1000 has a six-wheel main landing gear truck. A350 has a smaller fin than the 777. Sometimes mistaken for 767, 777 and 787. 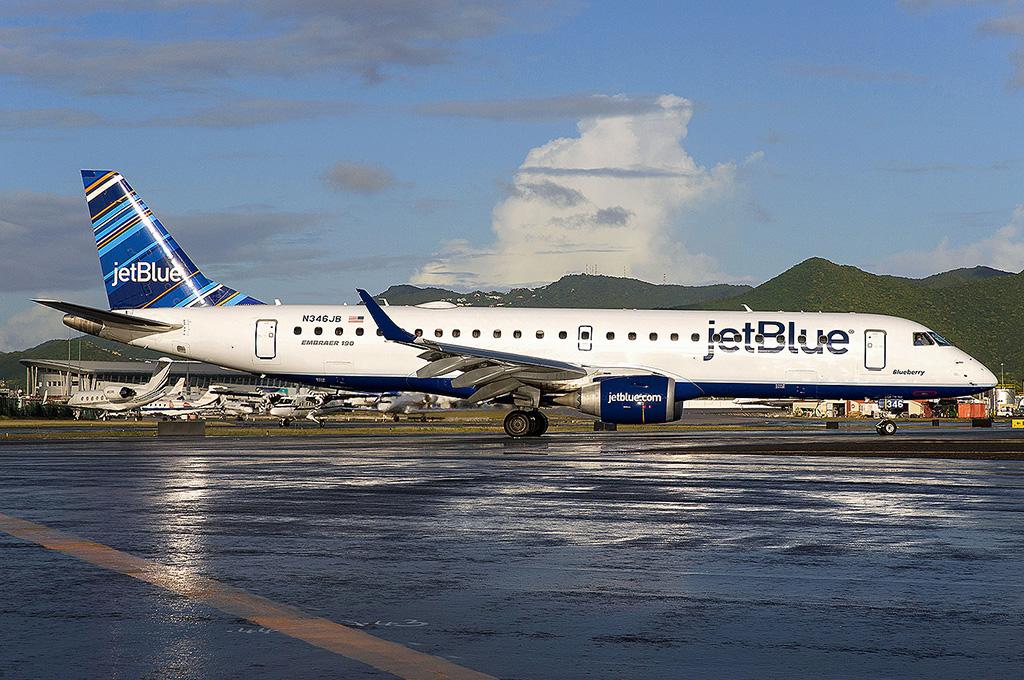 Distinguishing features: Slim fuselage with angular, raked fin and unblended dorsal; ventrally mounted antenna; and pointed tail cone with integrated APU exhaust. The E-175 has no over-wing emergency door, while the E-190 and E-195 both do. The E-190 has 14 windows between the over-wing exit and the aft cabin door while the E-195 has 16. The E2 series is distinguished by larger higher-bypass-ratio turbofans and higher aspect ratio wings. Sometimes mistaken for A220, A320. 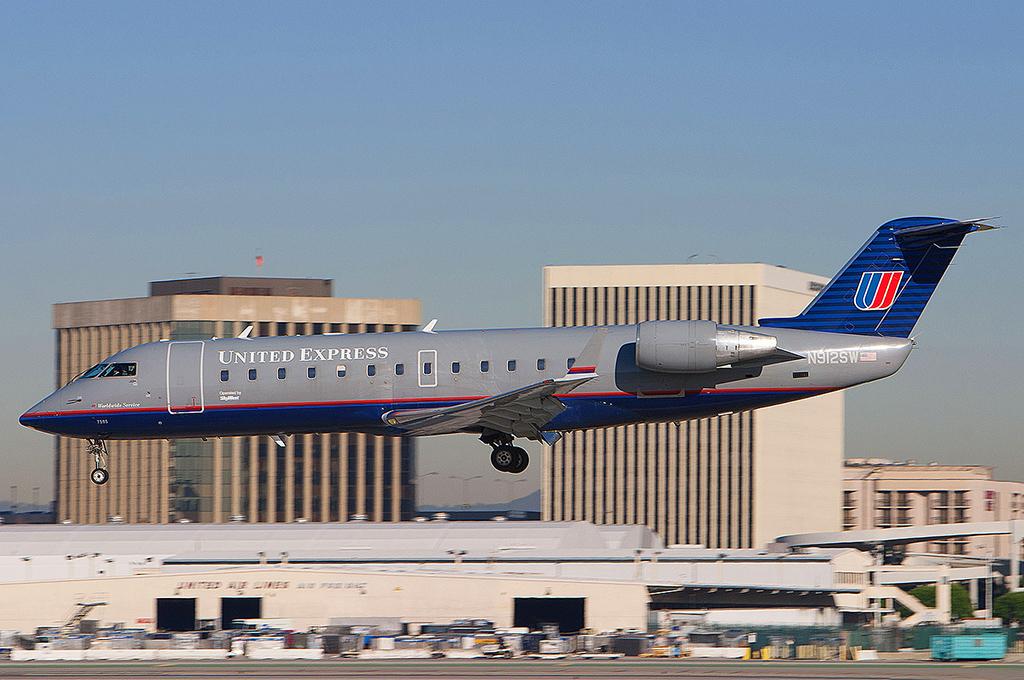 Variety may be the spice of life, but diversity seems to be increasingly rare when it comes to the configuration of the latest generations of jet airliners. To the uninitiated, and sometimes even to the experienced observer, the plethora of twin-engine, low-wing designs can make identification a challenge, regardless of differences in size and style.

Technologically it is the engine makers and not the airframe manufacturers who bear most of the responsibility for this troubling trend. Since Boeing led the classic wing-mounted podded engine design for the Model 367-80 tanker-transport prototype in the 1950s based on its earlier successes with the B-47 and B-52 bombers, gradual improvements in engine power and efficiency have enabled successive generations to follow the same flexible tube-and-wing formula.

From the start Boeing preferred the wing-mounted design for several reasons: It enabled designers to take advantage of the bending relief moment provided by the weight of the underslung engines and build a lighter wing, and it provided easy access for engine maintenance—a concern with temperamental early powerplants. Both advantages led Boeing to steer clear of the low-drag fuselage-integrated engine design of the pioneering de Havilland Comet.

Boeing’s “Dash 80” paved the way for the 707, and ultimately the same layout was adopted by the competing Douglas DC-8 and Convair 880. The wing-mounted engine configuration was later scaled up for the 747. However, when it came to the first generation of shorter-range widebodies, the limited power of early high-bypass-ratio turbofans forced Douglas and Lockheed to adopt a compromise. Both developed novel trijet designs—combining a tail-mounted engine with underslung wing-mounted engines—for the DC-10 and L-1011 widebodies of the early 1970s.

For smaller aircraft aimed at regional routes, designers moved the engines to the tail, which allowed the airliner to sit lower to the ground for easier servicing at less well-equipped airports. Starting with the Sud-Aviation Caravelle, which had a cruciform tail, succeeding single-aisle models like the DC-9, BAC One-Eleven, Trident and 727 were configured with T-tail designs. These resulted in heavier, complex empennage structures but simpler, more-efficient wings.

Longer-range T-tail designs reached their zenith in the 1960s with the Vickers VC10 and Illyushin IL-62. But the limited engine power at the time required parallel podding of engines in a quad-jet configuration that would be commercially uncertifiable today. The same goes for the twin-podded, quad-jet supersonic Anglo-French Concorde and the Tupolev Tu-144, which both grouped engines together in underwing nacelles for low drag at speeds beyond Mach 2.

But two notable designs of the 1960s and 1970s bucked the trend: Boeing’s “baby”—the 737—and the Airbus A300, which was the world’s first widebody twin. Both were unusual at the time and each in their way provided the blueprint for the future. Designers took advantage of the engine power available—the 737 with the Pratt & Whitney JT8D and the A300 with the General Electric CF6—to develop configurations that combined the operating efficiency of the smaller twinjets with the bending relief and capacity growth potential of the larger quadjet configurations.

With the availability of higher bypass, mid- and high-thrust turbofans in the 1980s and 1990s, aircraft manufacturers were able to do with two engines what previously had only been possible with three or four. The improved fuel efficiency of twinjets also made them more popular with operators and the fate of older, more fuel-thirsty trijets and single-aisle quadjets was effectively sealed.

The phenomenon was seen in the small models most profoundly as the A320 and the re-engined CFM56-powered 737 replaced earlier T-tail generations, while A300s/A310s, 757s and the 767 soon replaced the 707, 727-200 and DC-8. The new era of big twins and the emergence of the A330 and 777 in the 1990s also spelled the end of widebody passenger trijets. As these twins became larger, aircraft like the A350-1000 and 777-300ER have displaced higher-capacity 747s. The market collapse following the COVID-19 pandemic has reinforced this trend as airlines replace prematurely retired fleets of 747-400s and A380s with more modern, efficient twins.

Despite the market success of the McDonnell Douglas MD-80 and short-lived follow-on designs such as the MD-90 and MD-95/717, time has also run out for the bigger single-aisle T-tails. Only the former Bombardier CRJ series continues the T-tail tradition in the large regional market, accompanied by a shrinking population of smaller Embraer E-145 family members. For its larger E-Jet aircraft series, Embraer too has adopted the familiar tube-and-wing, wing-mounted model, as has Airbus with the A220, the former Bombardier-developed CSeries. Similar trends have emerged in China and Russia, where the C919 and MS-21, respectively, closely resemble the A320.

For those wishing for more interesting shapes in the sky, hope may be on its way. The urgent push for sustainable aviation is driving research into new forms of propulsion which, like the generations before them, will ultimately dictate new configurations. These could range from familiar-looking tube-and-wing designs adapted to fly on liquid hydrogen fuel to more extreme configurations with high-aspect ratio wings or “propulsive” fuselages with boundary layer ingestion systems. In the mid-term we may see the potential reemergence of T-tail designs with open rotor engines, and longer-term the appearance of blended-wing body transports with distributed propulsion systems.