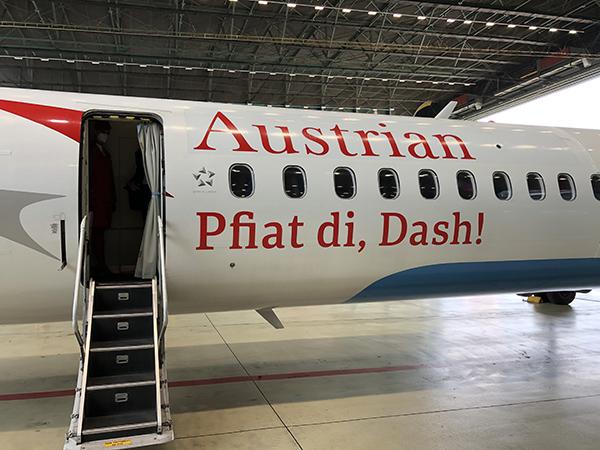 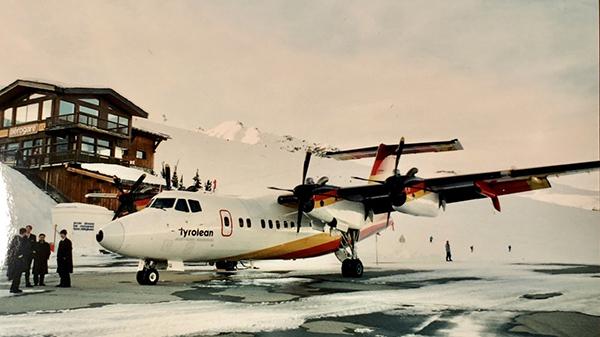 In the late 1980s, a Tyrolean Airways Dash 7 sits at Courchevel Airport in the French Alps. The airfield is located within the skiing area. A 535-meter (1,755 ft.) runway goes downhill on an 18.5 degree slope. Only specially qualified pilots have been allowed to operate from this airfield. 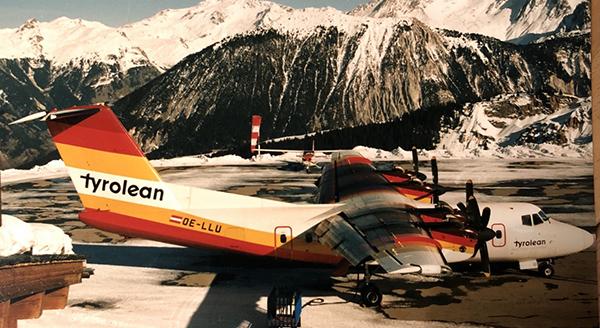 The Dash 7 at Courchevel Airport. The takeoff returning to Innsbruck felt like we were ski jumping. Tyrolean was the only airline to operate from this airport. 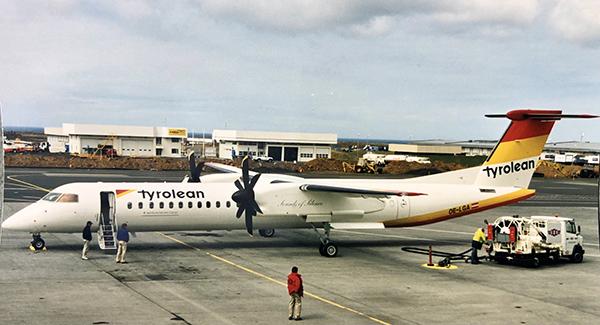 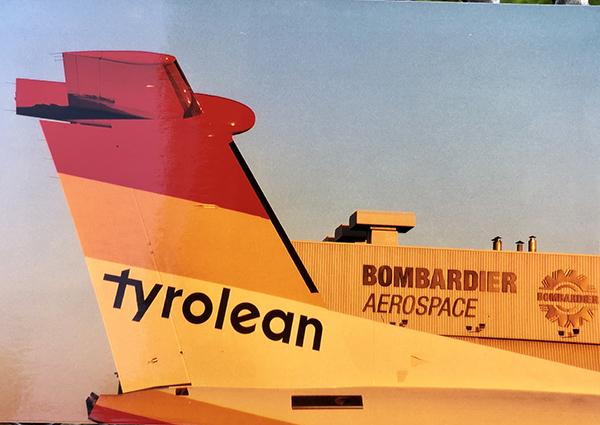 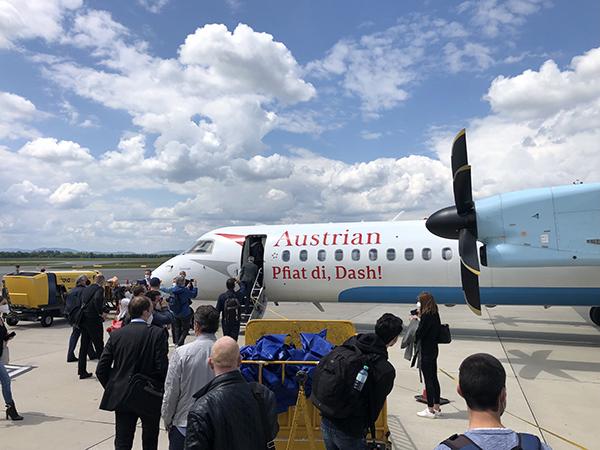 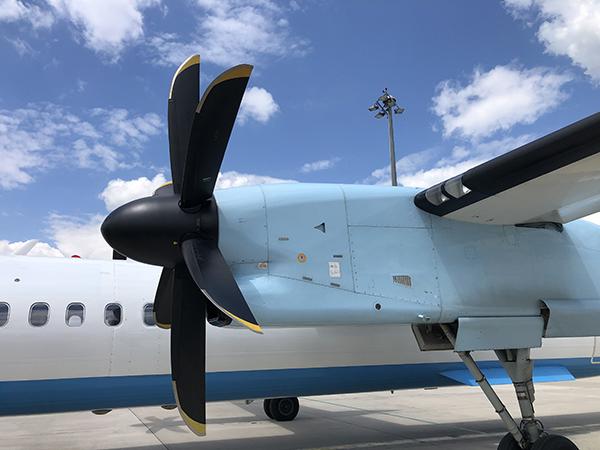 May 31, 2021, marked the end of an era for turboprop aircraft operations for Lufthansa subsidiary Austrian Airlines. 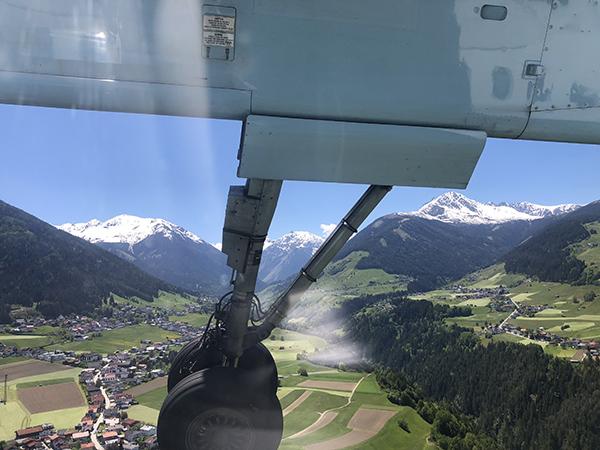 The Vienna-Innsbruck service has been one of the main routes for the turboprops over the past 41 years. Here, the pilot makes a right turn during approach into Innsbruck Airport in Tyrol, which gives passengers a spectacular mountain view. 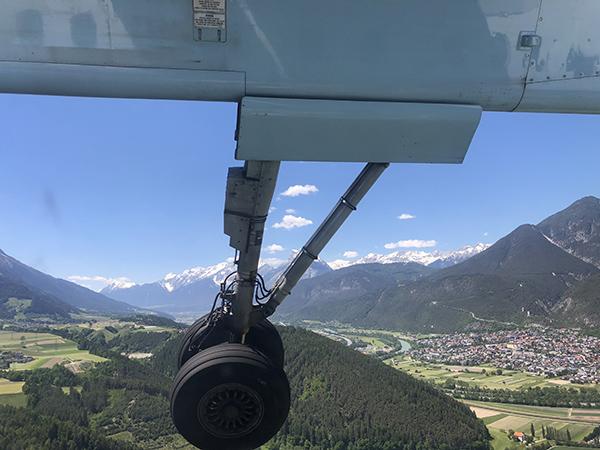 The same right turn. However, strong foehn winds, which are quite common in this region, presents a challenge for pilots, but Tyrolean/Austrian pilots became very skilled when operating in and out of this airport in the Alps. 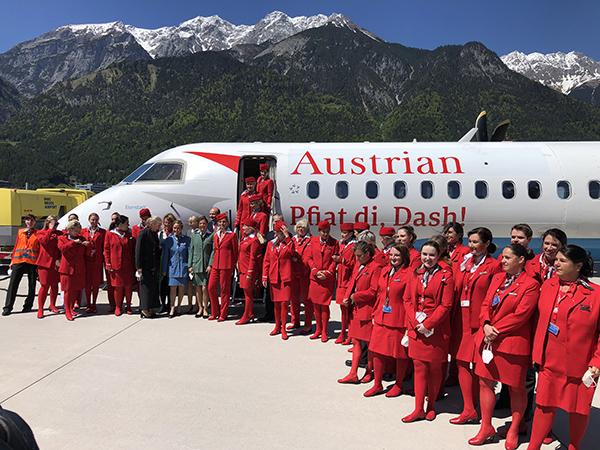 Austrian Airlines staff and Tyrolean Airways former staff gather to bid farewell to the Dash 8-400, which operated to this airport. 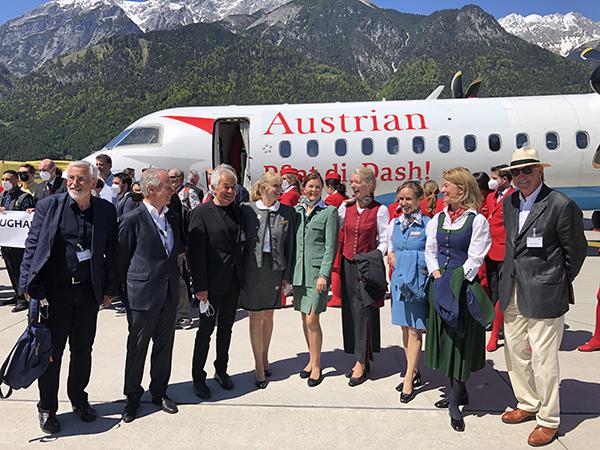 In the mid-1980s, Tyrolean Airways became one of the leading regional carriers in Europe. In 1998, it received the ATW Regional Airline of the Year award. In this picture from the early years are (from left) Jakob Ringler, who ordered the first Dash 7 in 1978; Manfred Helldoppler, who had several management positions; CCO Josef Burger; and (far right) CEO Fritz Feitl. 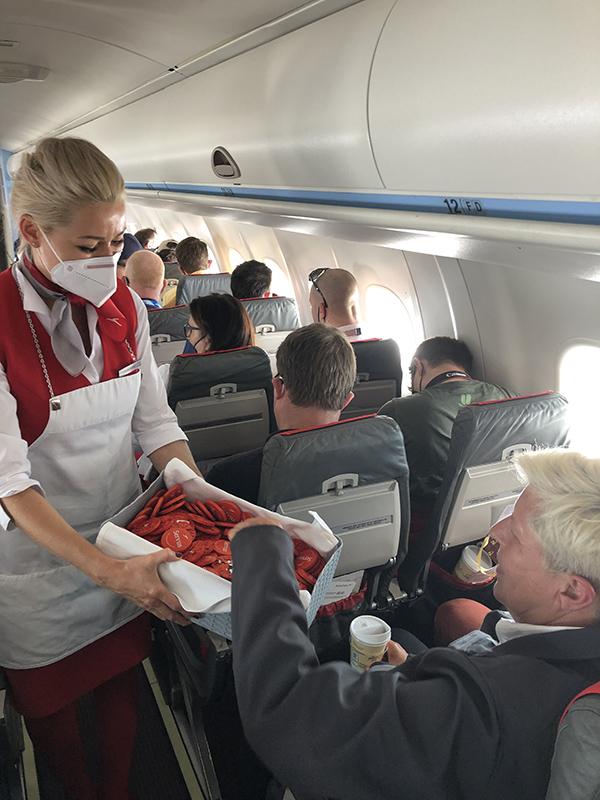 Onboard service on the Dash 8-400. The average flight time of a Dash rotation has been 53 min. Flight attendants served 2.6 million cups of coffee. 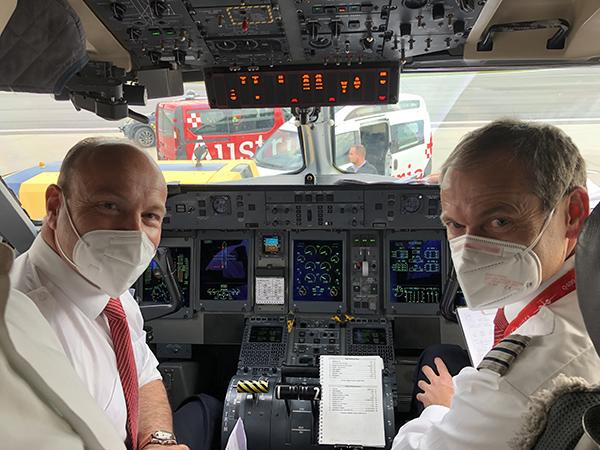 The cockpit crew completed the final scheduled service in Vienna. 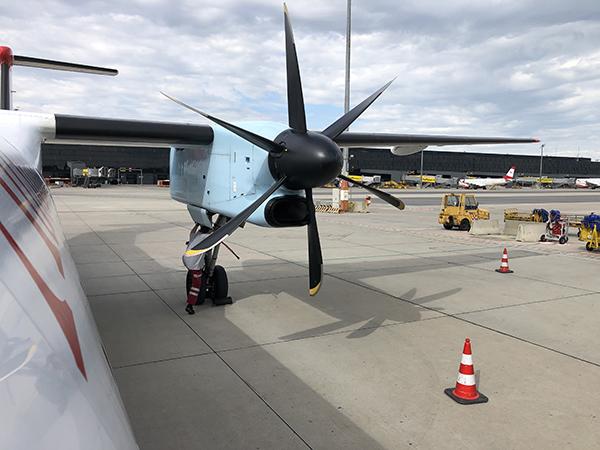 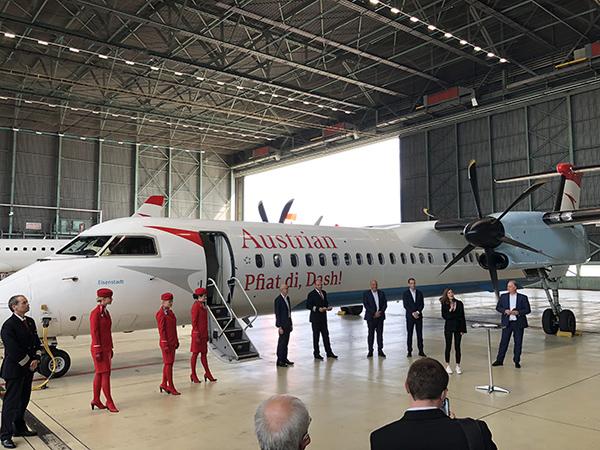 On May 31, Austrian Airlines operated its last Dash 8 Q400 scheduled service on its Innsbruck-Vienna route.

From 1980, 60 De Havilland Dash 7 and Dash 8 aircraft have been operating in Austria, transporting 20.4 million passengers on board the Canada-manufactured turboprops. The first aircraft, a Dash 7, was operated in 1980 for Tyrolean Airways, which became part of Austrian Airlines in 1998, when former owner Gernot Langes Swarovski, who died earlier this year, sold the company.

Aviation Week/ATW correspondent Kurt Hofmann was on board the final flight and shares exclusive pictures.