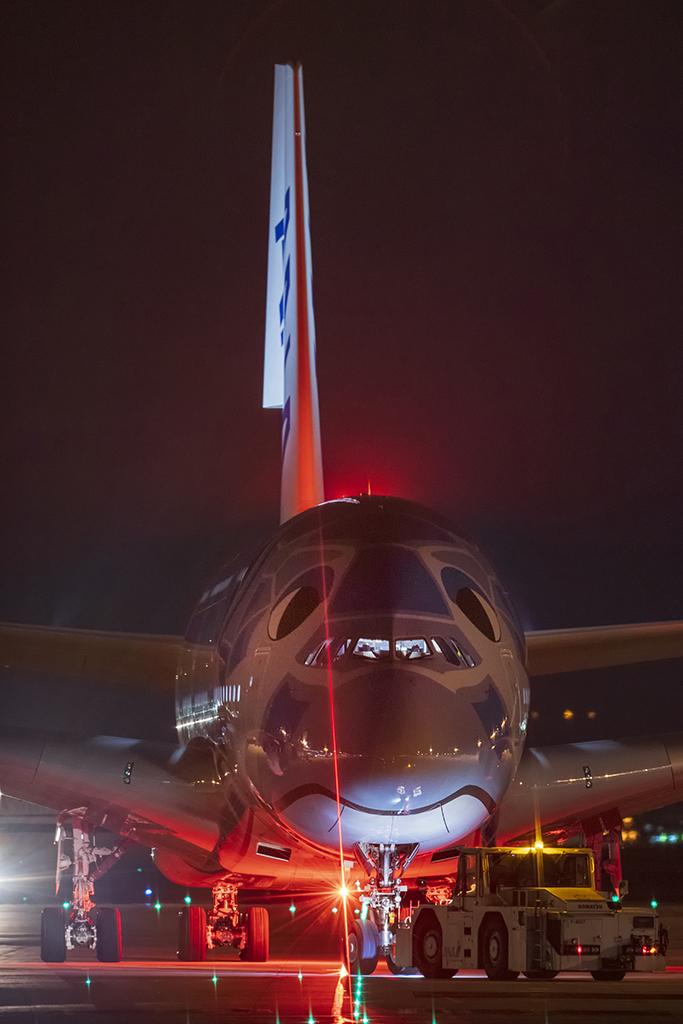 Credit: Ryohei Tsugami/Osaka, Japan
A brand new All Nippon Airways Airbus A380 pushes back for departure on a training flight from Kansai International Airport in Osaka, Japan. 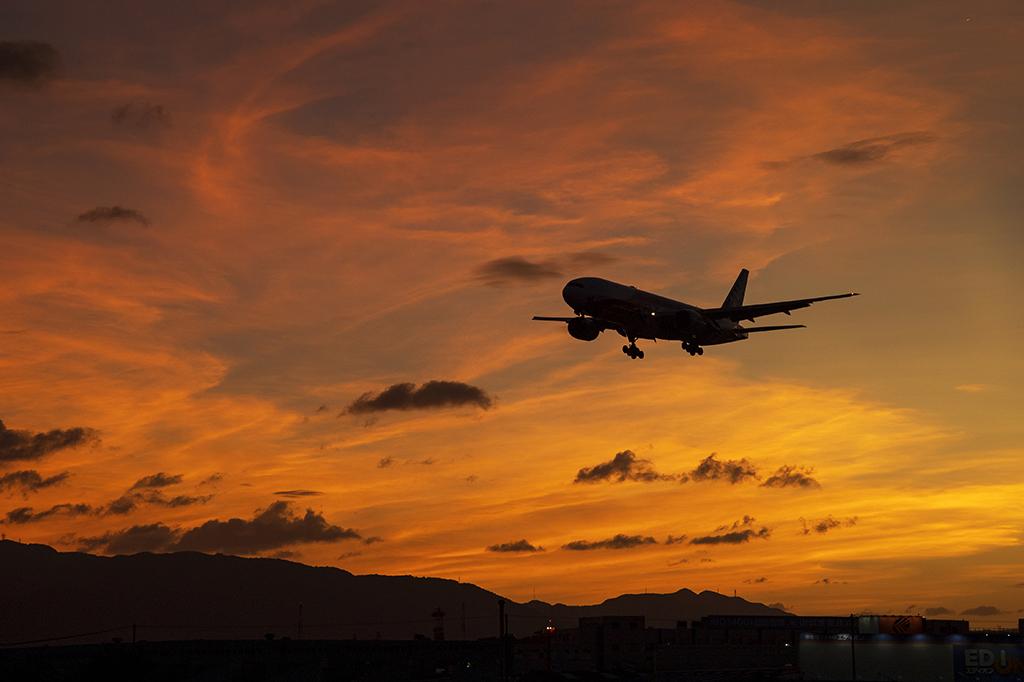 Credit: Ryohei Tsugami/Osaka, Japan
An All Nippon Airways Boeing 777 descends toward Osaka-Itami International Airport’s Runway 14R with a beautiful sunset serving as the backdrop to its final approach. 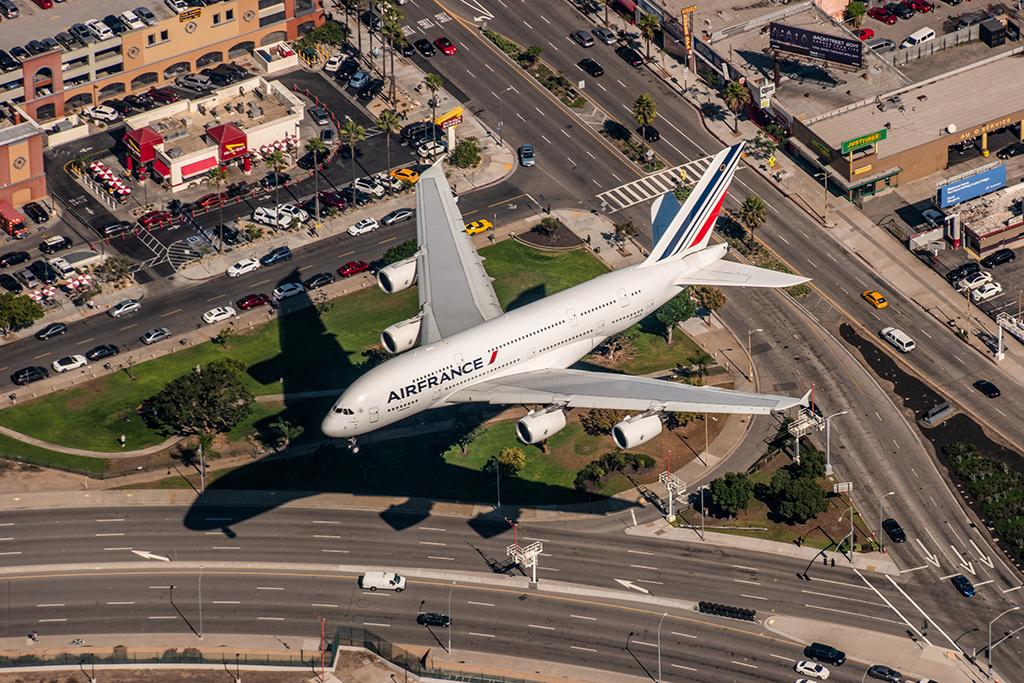 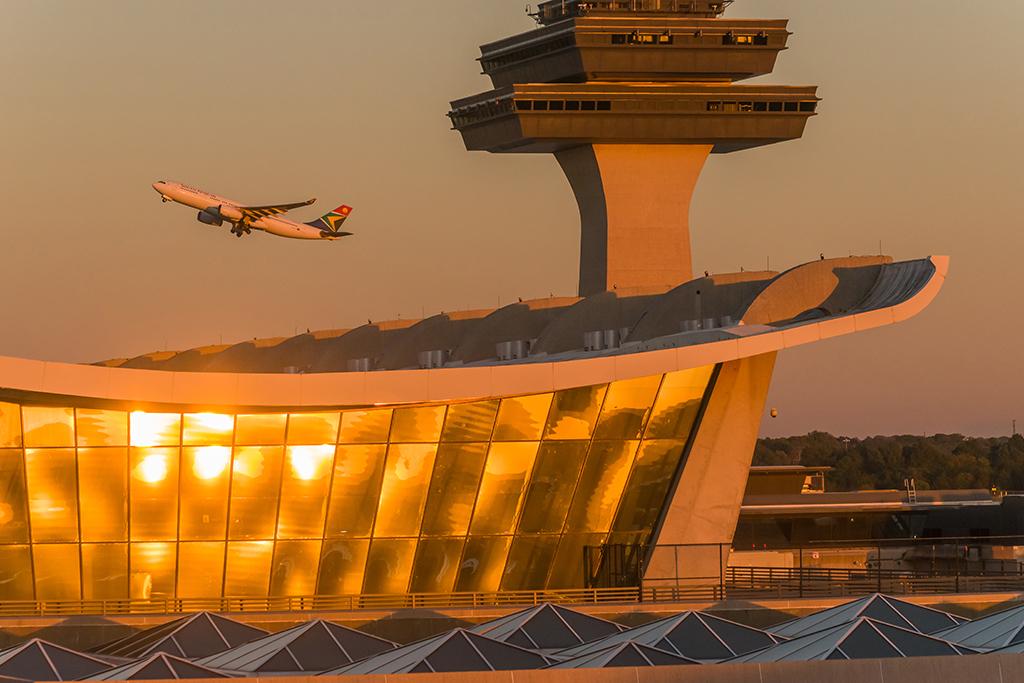 Credit: George Hamlin/Fairfax, Virginia
A South African Airways Airbus A330 departs for Africa at sunset with the iconic Saarinen Terminal at Washington's Dulles International Airport in the foreground. 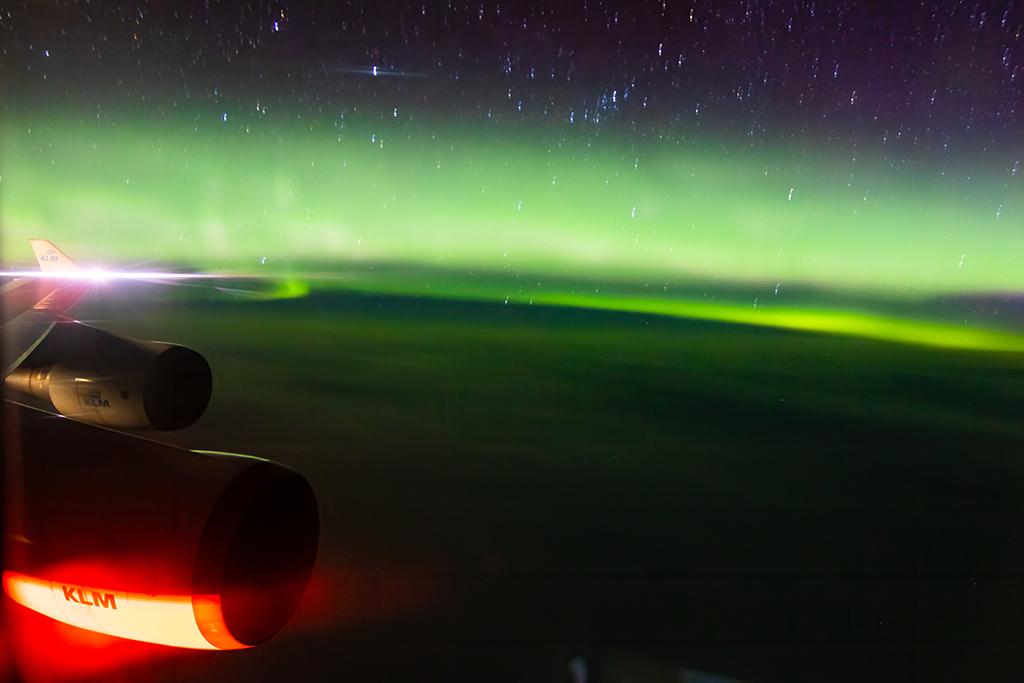 Credit: Jin Nakashima/Ardmore, Oklahoma
I was on my last flight on KLM's Boeing 747-400 from Los Angeles to Amsterdam when Mother Nature finally smiled at me. The trip coincided with the 50th anniversary of the Queen of the Sky. 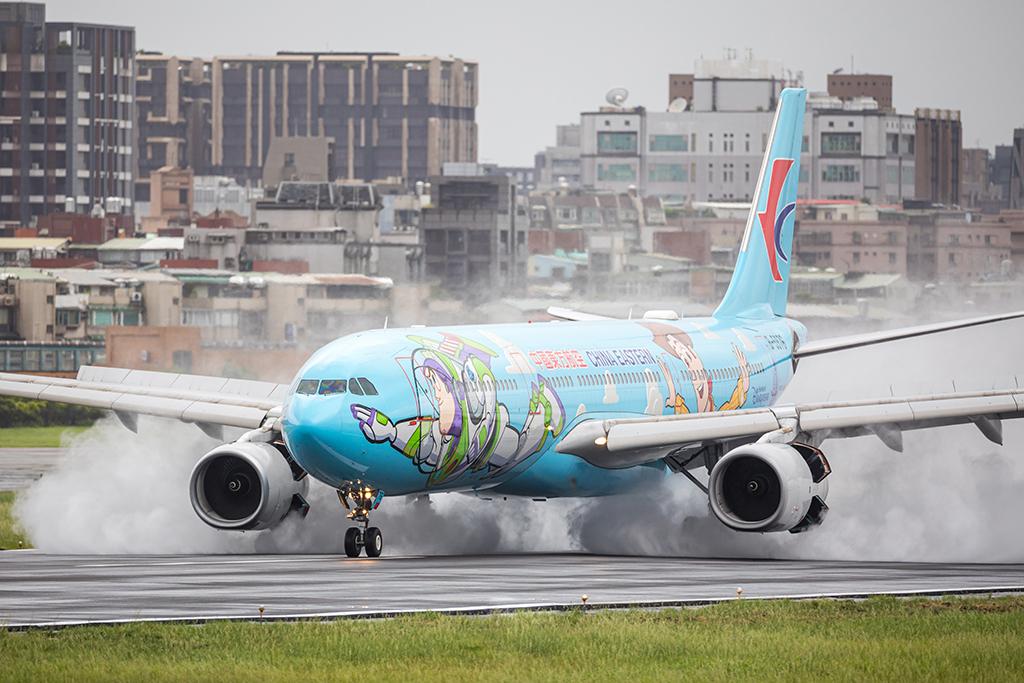 Credit: Andreas Zeitler/Manching, Germany
With full-thrust reverse, a China Airlines Airbus A330 kicks up plenty of water from the runway of Taipei's Songshan Airport in Taiwan. An approaching hurricane brought plenty of rainfall and caused these impressive effects. 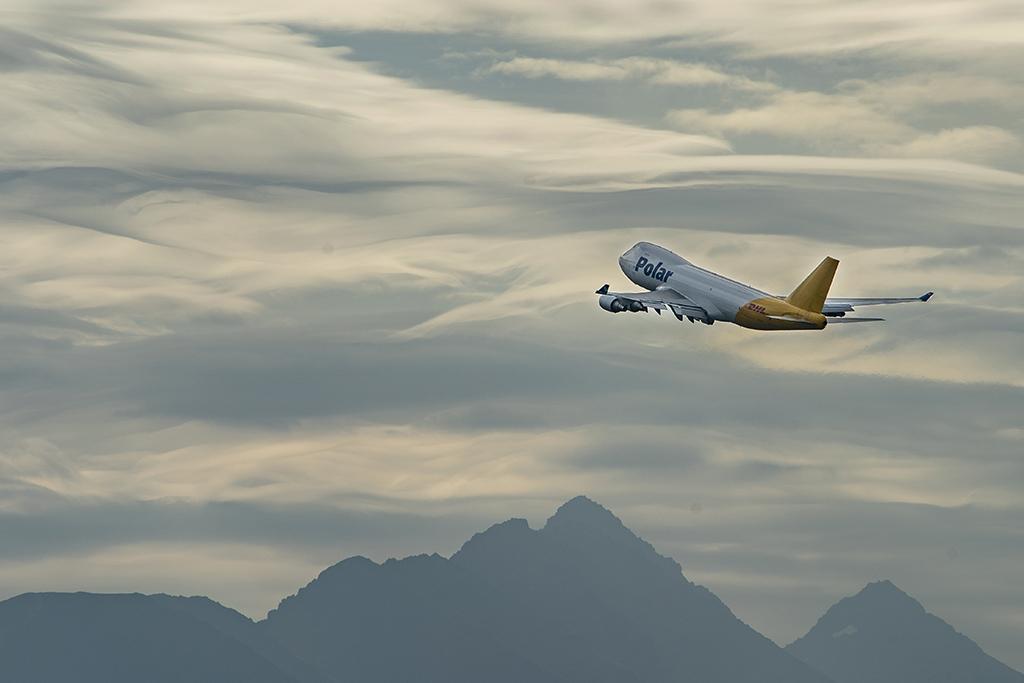 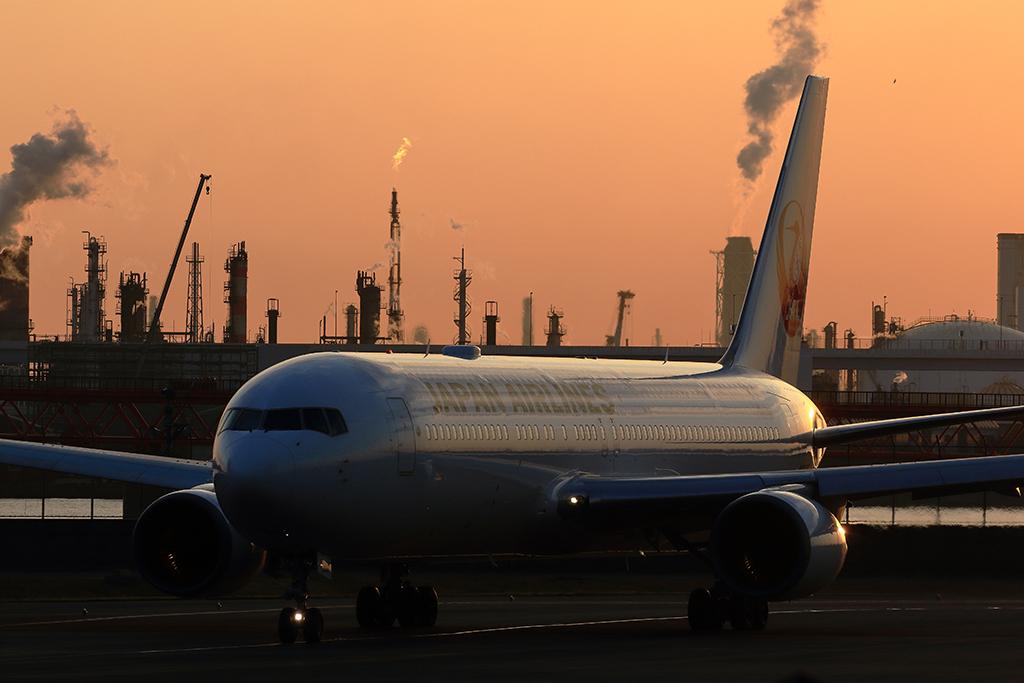 Credit: Takehito Sato/Tokyo
A Japan Airlines Boeing 767-300 wears the golden cloth of the Sun on its white skin during a sunrise at Tokyo Haneda International Airport. 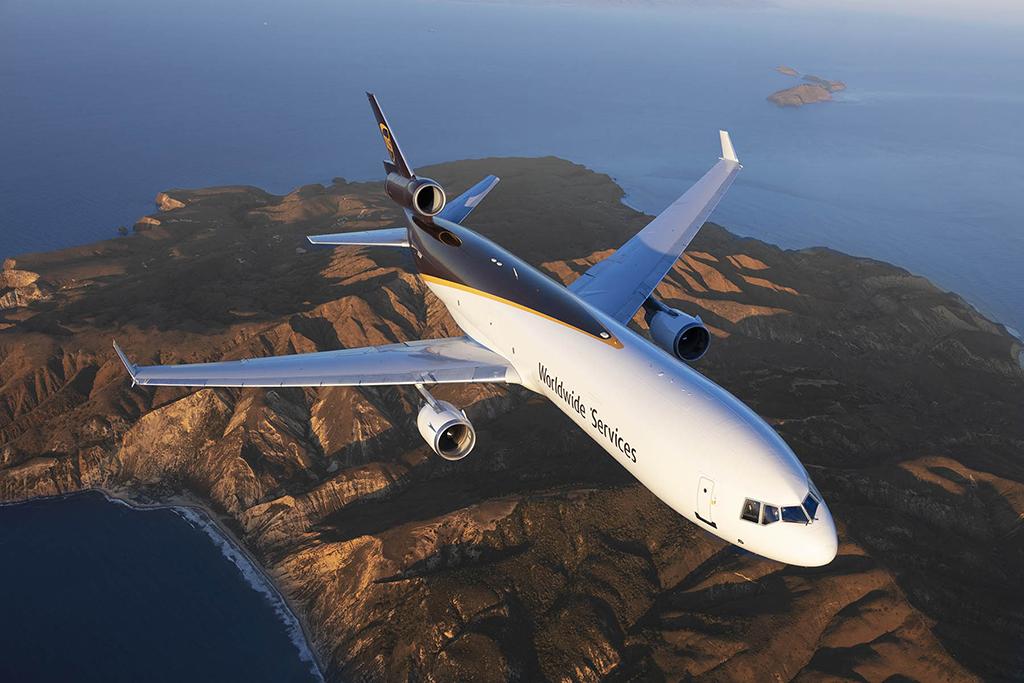 Credit: Chad Slattery/Los Angeles
An image of a UPS MD-11 Freighter, photographed on assignment while flying over California's Channel Islands, was captured with a remotely controlled underwing pod camera attached to the photo platform of a Wolfe Air Aviation Learjet 25B.

A selection of photos from the 2019 Aviation Week Photo Contest focusing on commercial widebodies.