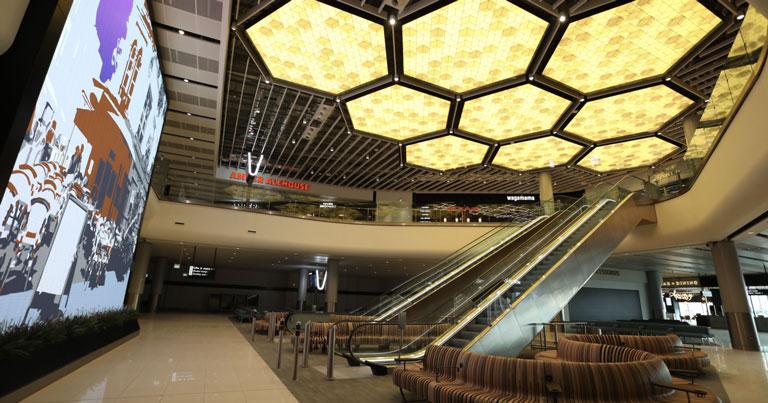 England’s Manchester Airport in July 2021 unveiled its new £1 billion ($1.4 billion) Terminal 2 extension. Jet2 and TUI flights will operate from the flagship facility initially, with others to follow. The new terminal includes a new check-in hall and a new security area, which has 10 29-meter (94 ft.) long lanes, that use new technology for more efficient passenger processing. The departure lounge’s new features include a honeycomb light installation with 16 million settings that illuminates the space, in a nod to the famous Manchester worker bee (see photo). The new terminal also includes a wide range of new shops, bars, cafes and restaurants, that feature many local brands and popular chains. Two airport operated lounges will also open. A modern new baggage reclaim will also open, with the operation of three of eight new baggage belts. 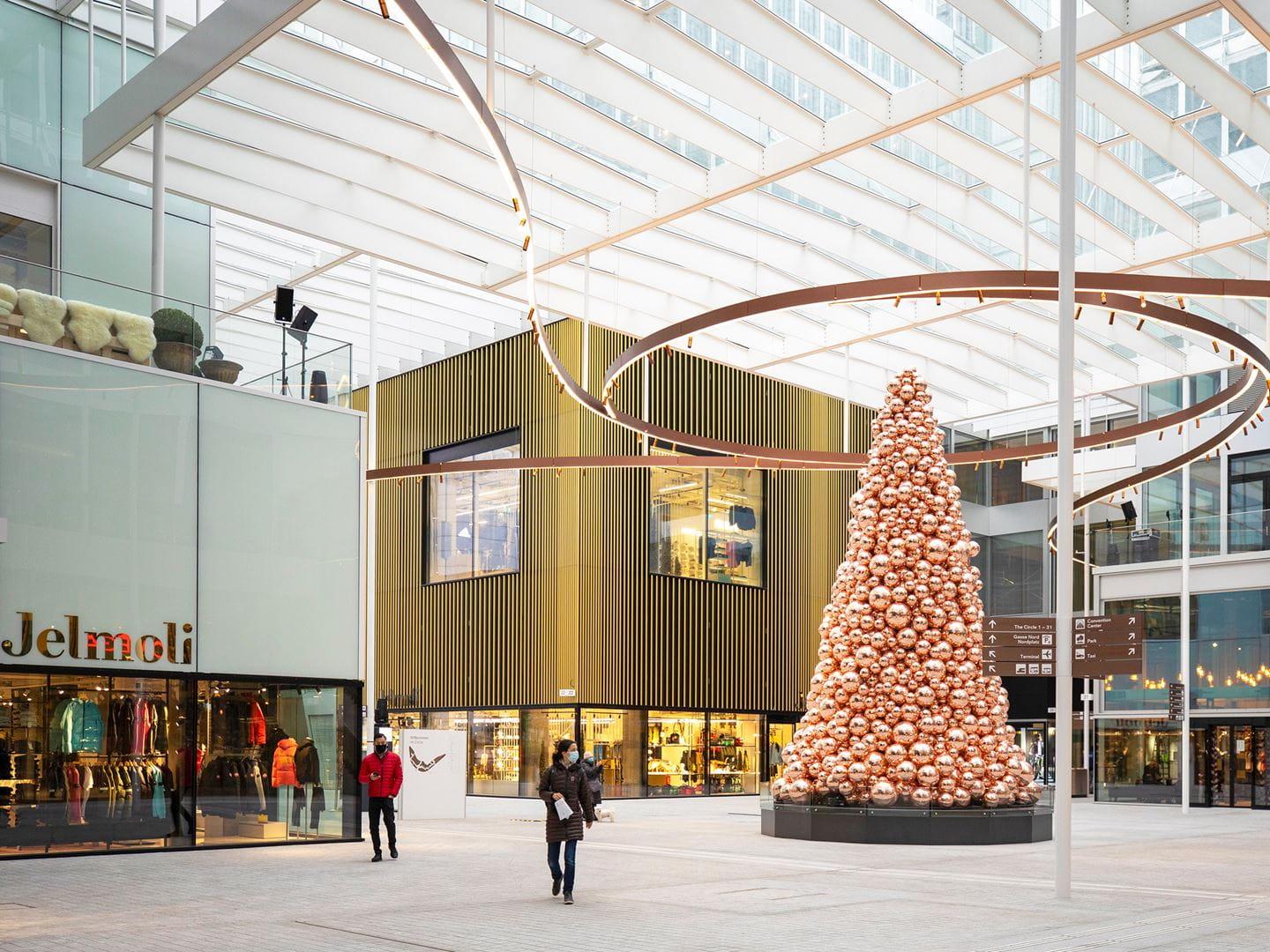 Zurich Airport has opened the Circle district with new stores, restaurants and much more. In the Circle, numerous new stores, restaurants and bars will invite people to shop and spend time there. The new University Hospital Airport offers a wide range of medical services. The new Convention Center will host conferences for up to 2,500 guests, with accommodation being offered by two Hyatt hotels. Other services, such as coworking spaces, a gym and a crèche will round out the wide range from 2021. 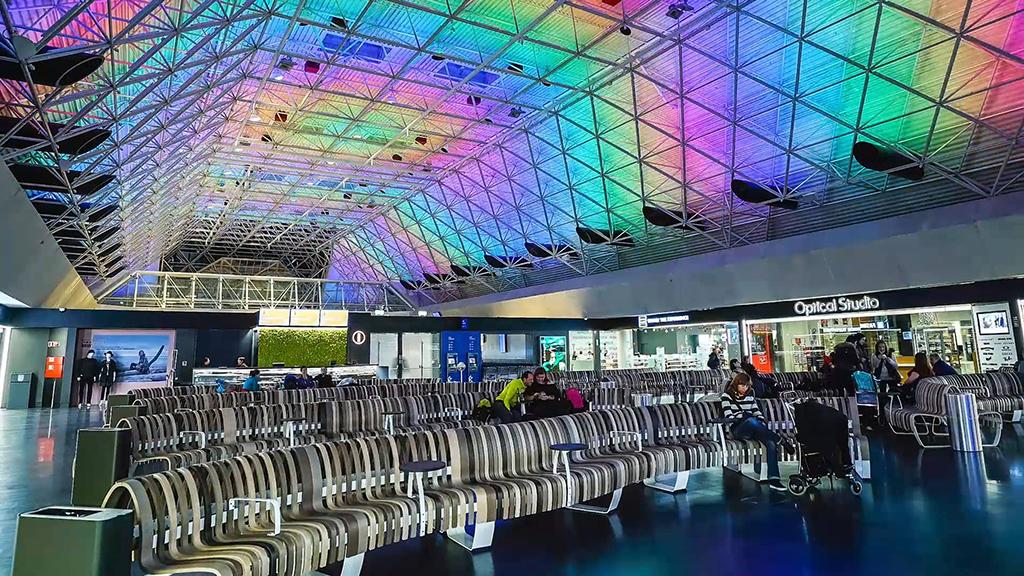 Portland Design is working with Vienna International Airport on the creation of a strategic vision to deliver a holistic commercial passenger experience to all public-facing areas of the airport. A key part of the project is to create an overarching design language to reinforce a Viennese “Spirit of Place” that endorses a unique passenger experience. The “Spirit of Place” will act as the springboard for all creative work, including passenger touchpoints, service proposition and commercial offerings. 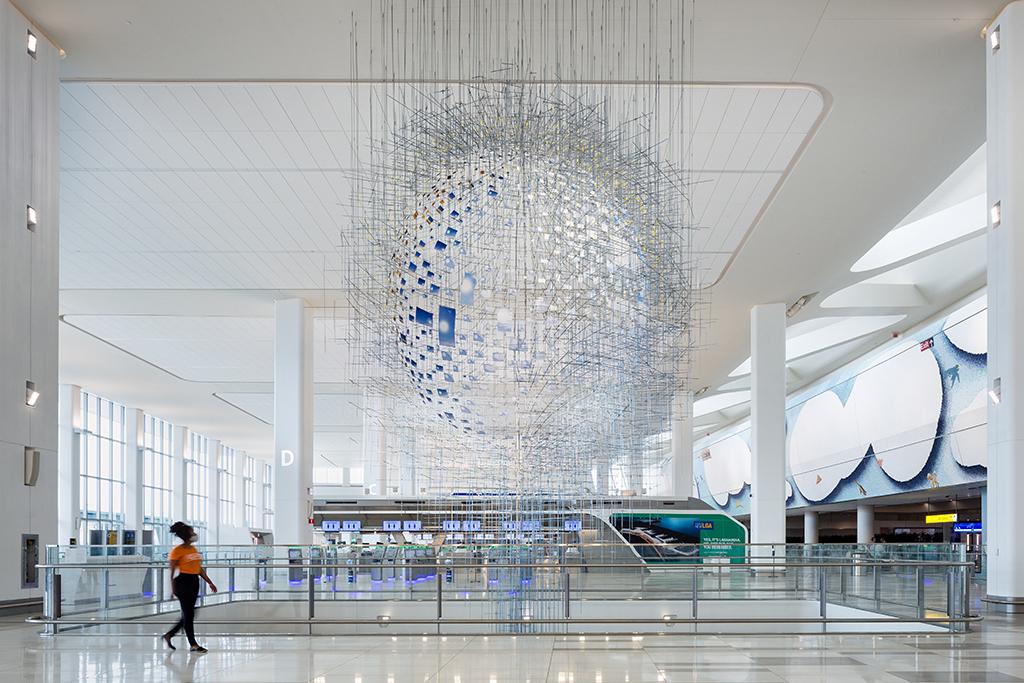 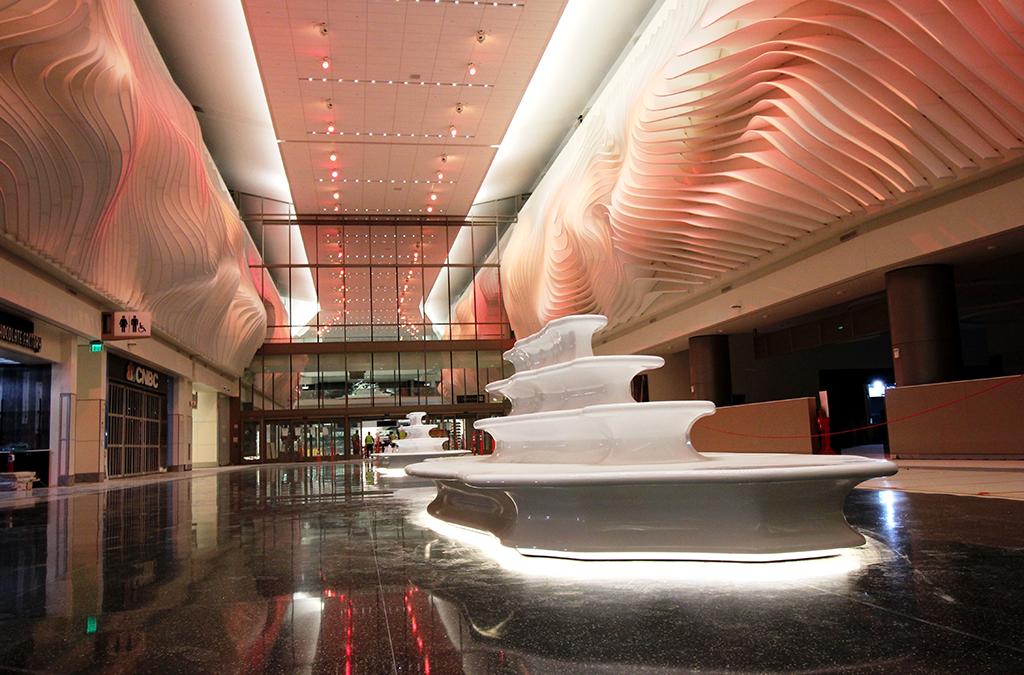 Salt Lake City International Airport, which opened its first phase of a $4 billion expansion program in September, is an example of an innovative terminal—designed by HOK—centered around bringing in the natural wonders of Utah, through two major art installations by California artist Gordon Huether. “The Canyon" terminal resembles the shape of a canyon that begins with a vast open space, pinches in the middle and opens up again. Mimicking smooth canyon walls, the art design spans over 362 ft. in length. 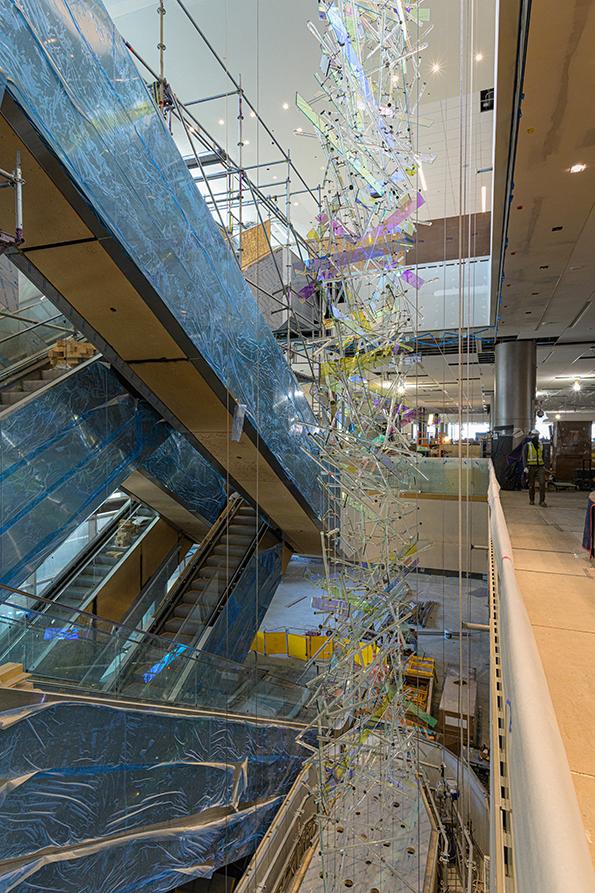 Salt Lake City International Airport, which opened its first phase of a $4 billion expansion program in September, is an example of an innovative terminal—designed by HOK—centered around bringing in the natural wonders of Utah, through two major art installations by California artist Gordon Huether. "The Falls” is comprised of 300 dichroic glass panels and 220 hand-drawn glass and Pyrex rods, forming a 65-ft.-tall suspended sculpture that cascades down the escalator well at the terminal’s main entrance. 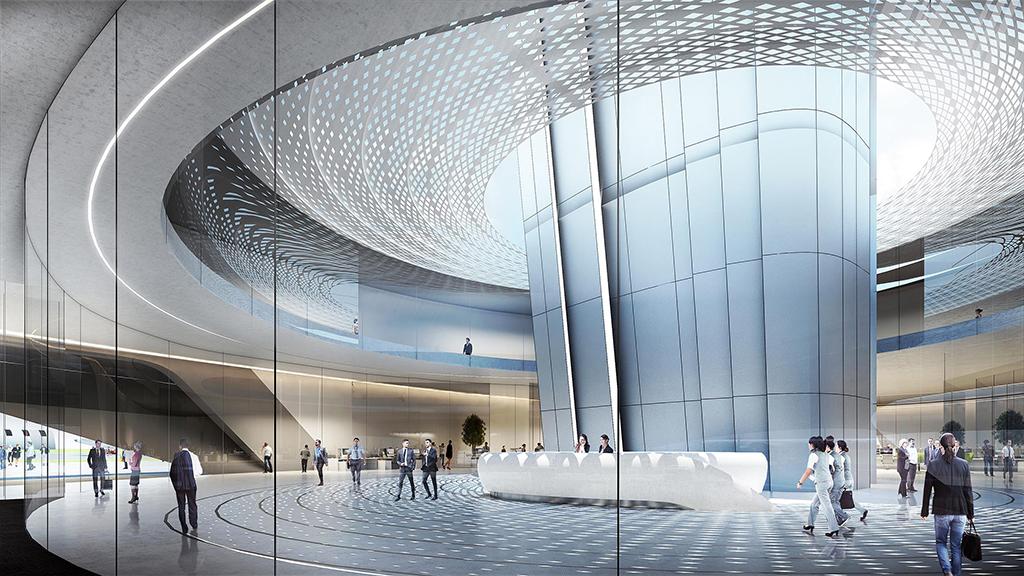 New Istanbul Airport's ATC tower, designed by Pininfarina and AECOM, opened Oct. 26, 2018. The 360-deg. view of the air traffic controllers is guaranteed through a glazing designed to optimize irradiation and acoustic comfort. The tower is an example of biophilia design that uses nature-based elements rooted in both design and infrastructure. The tower is inspired by the tulip, for many centuries a symbol of Istanbul and an important cultural reference in Turkish history.

Airport designers are rethinking traditional ways of moving people safely through their journey as the COVID-19 year of 2020 draws to a close. Progressive designers are looking beyond short-term solutions of hygiene and physical distancing. Designers agree there will be a reshuffling of the goals associated with projects to emphasize passenger comfort, safety, and perception of health and well-being as a paramount goal of a project.