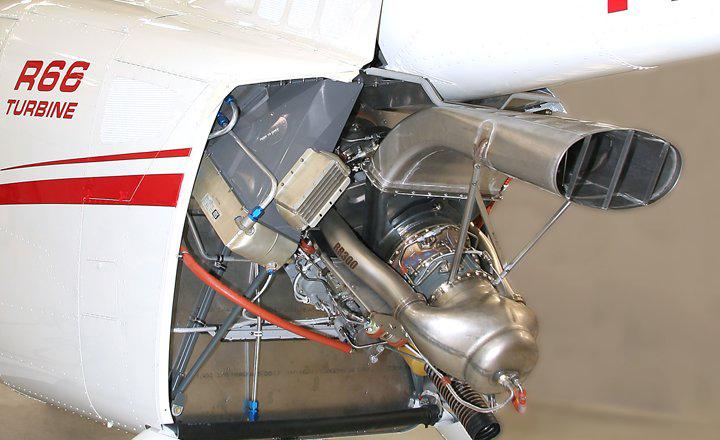 Rolls-Royce has focused its attention on the light turbine end of the commercial helicopter market, enjoying significant success with its 300-shp RR300 on the Robinson R66, 600 of which have now been produced since deliveries began in late 2010. Rolls is pursuing additional platforms for the RR300, which was based on the long-running M250. A new RR300 application, revealed at this year’s Heli-Expo, is the KC630, a five-seater from New Zealand-based Composite Helicopters International targeted for certification in 2017. The company is also proposing an M250-C20B-powered KC640 for certification in 2018.
“We are very bullish on the engine,” says Rolls-Royce Civil Helicopters Senior Vice President Jason Propes. Robinson is expected to increase production of the R66 following certification by the European Aviation Safety Agency in April 2014. Two-thirds of sales have come from non-U.S. customers. “We see a lot of potential growth as a result of this certification,” Propes says.
Rolls has delivered more than 800 RR300s since the engine was certificated in 2008. Credit: Rolls-Royce 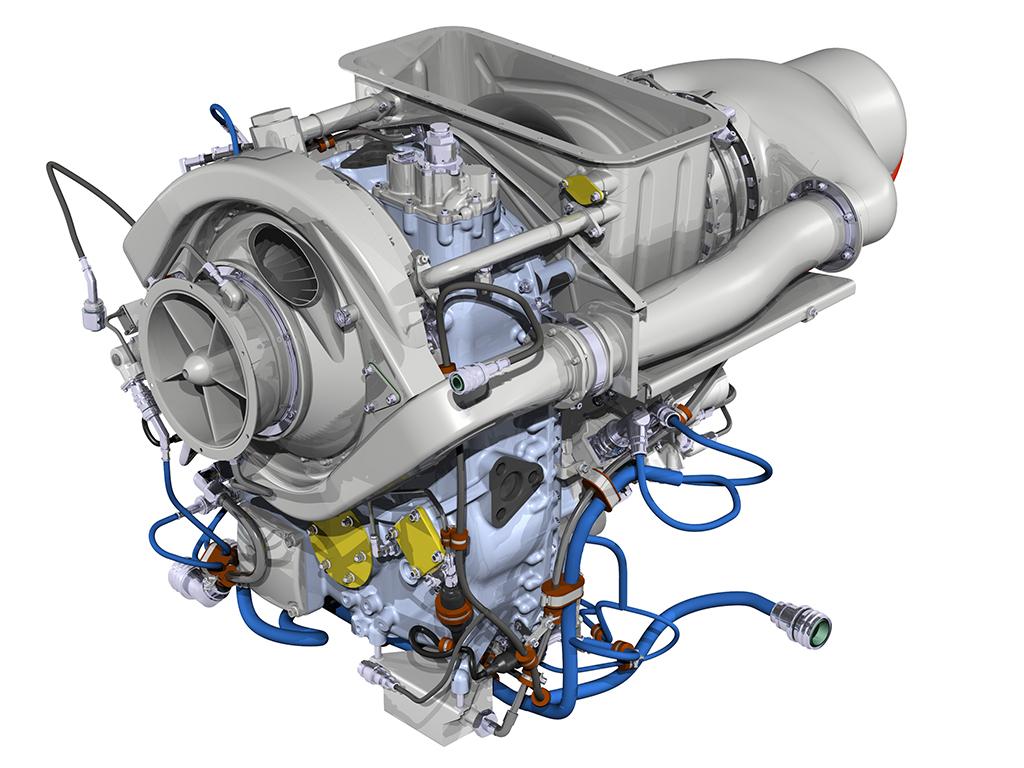 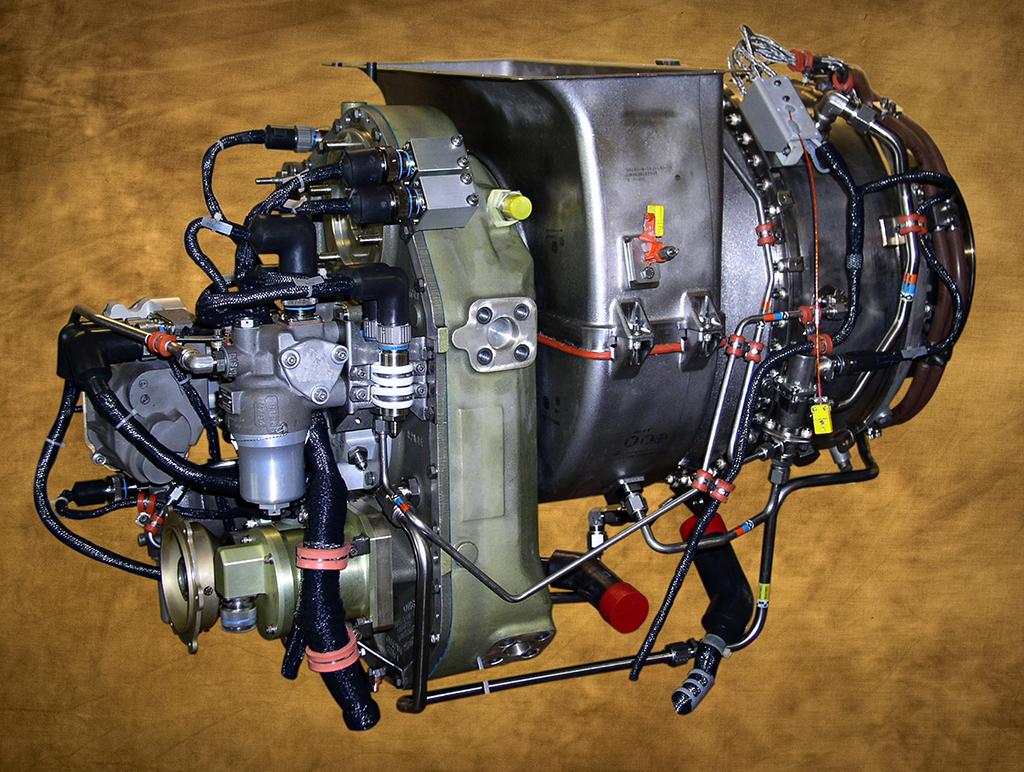 Honeywell’s 1,000-shp HTS900-2 powers Marenco Swisshelicopter’s single-turbine SKYe SH09, which first flew in October, and the company has supplied another engine for the second prototype, which is scheduled to fly this year. Initially, the HTS900 was selected merely for the prototypes, but the manufacturer is now offering the Honeywell engine as standard fit. Credit: Honeywell 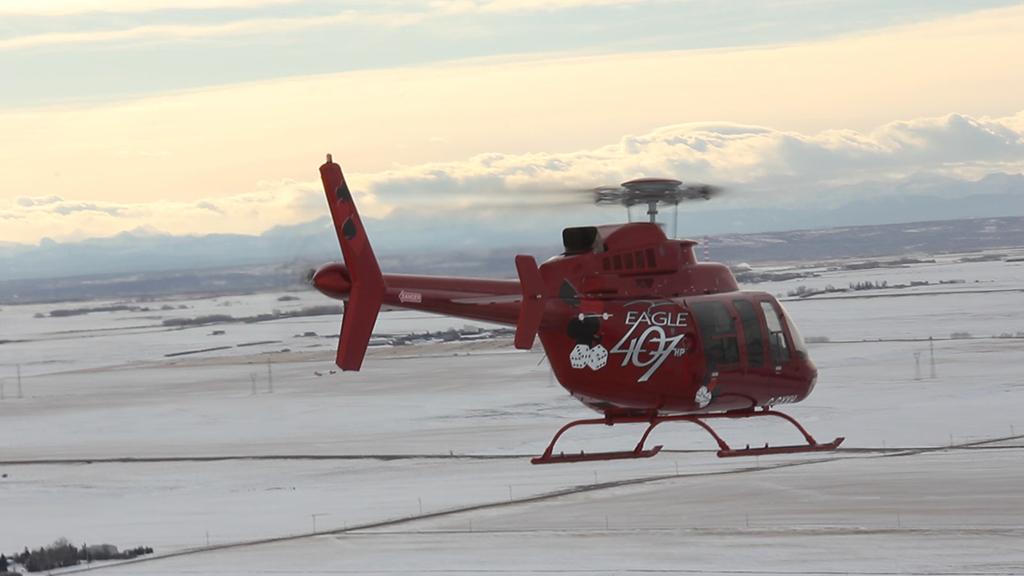 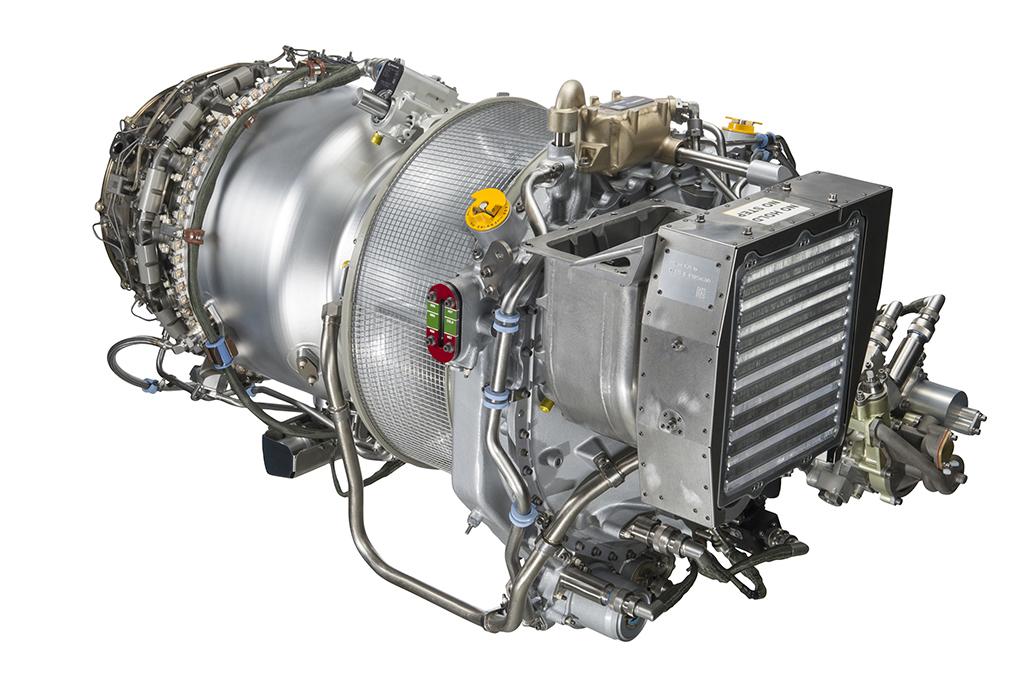 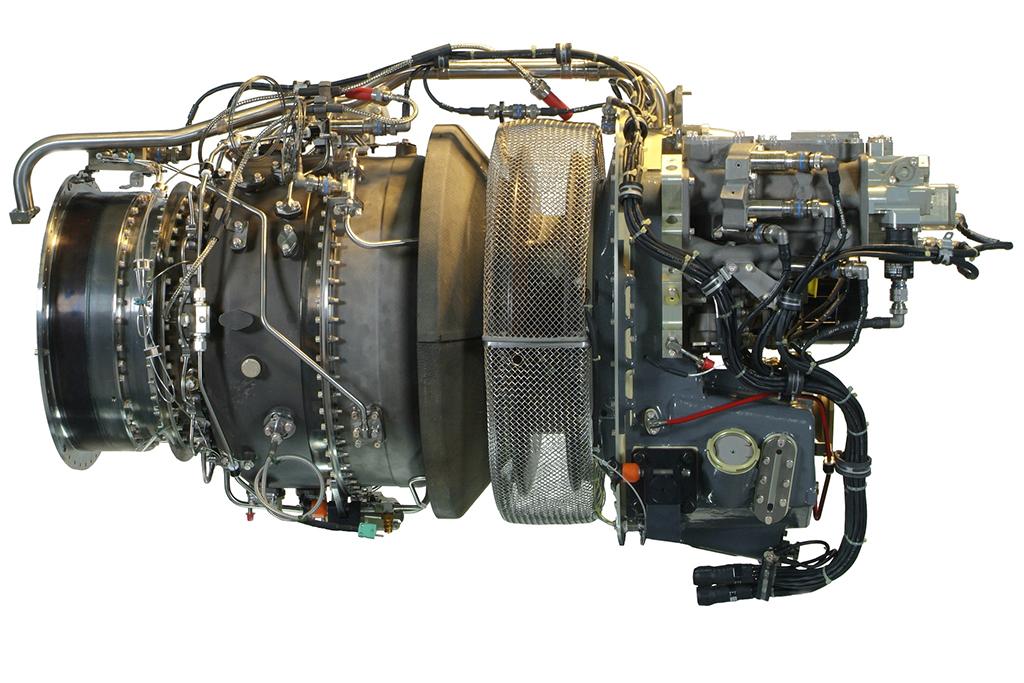 Airbus Helicopter’s X4 medium twin, to be unveiled at Heli-Expo, is the launch application for Turbomeca’s 1,100-1,300-shp Arrano. The French manufacturer, meanwhile, has received European certification on a trio of engines for upgraded Airbus products: the Arrius 2B2+ for the EC135 T3, Arriel 2E for the EC145 T2 and the Arriel 2N, which will power the military AS565MBe Panther following the cancellation of the commercial AS365N3e Dauphin. Credit: Turbomeca/Remy Bertrand 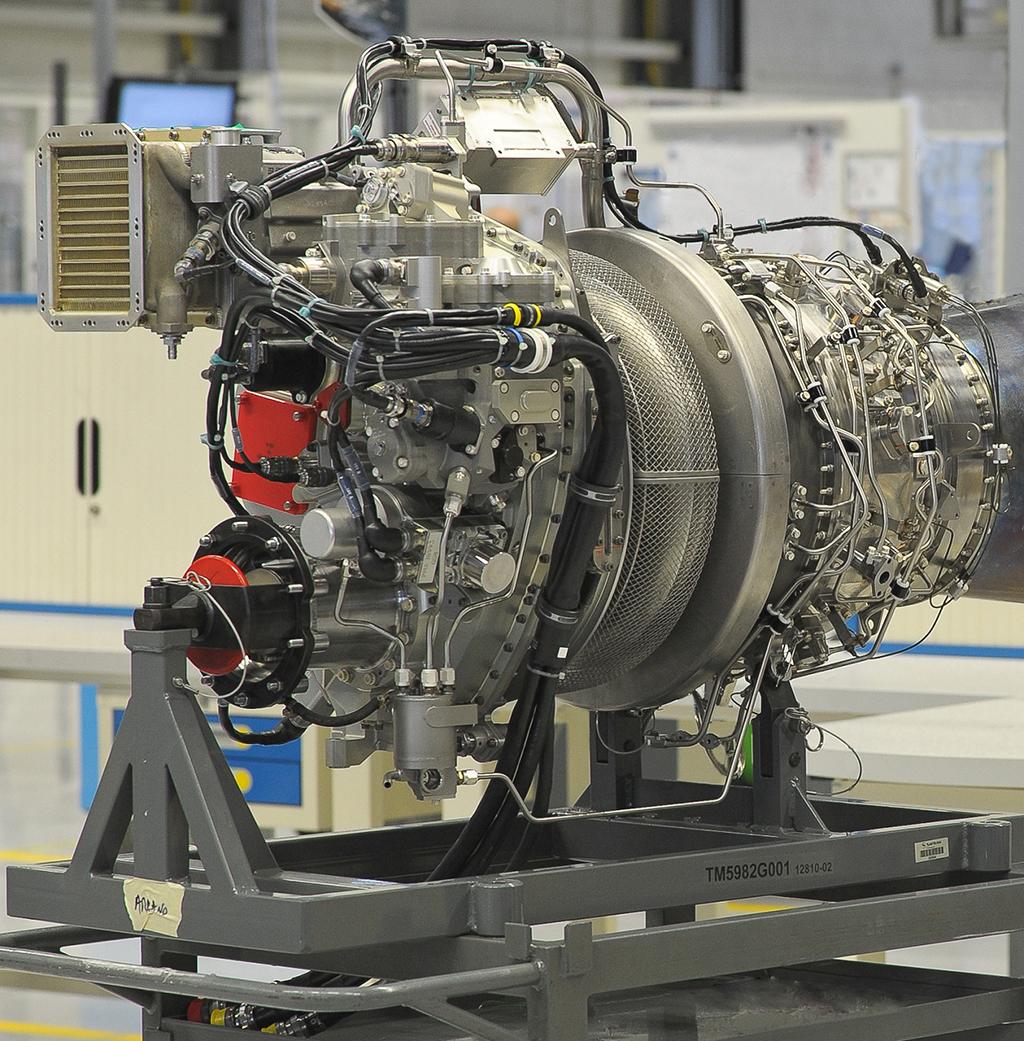 Another significant program is the Arrius 2R powering Bell’s Model 505 JetRanger X light helicopter, now in flight testing. This is the first Turbomeca engine to power an aircraft from Bell, which has already received letters of intent for 300 Model 505s. Bell plans to produce up to 200 a year, so Turbomeca is preparing to assemble the engine at its facility in Grand Prairie, Texas.
Hindustan Aeronautics (HAL) took delivery of the first 1,000-shp Turbomeca Ardiden 1 for India’s single-turbine Light Utility Helicopter (LUH) at the end of 2014. Coproduced in India as the Shakti, the Ardiden 1H1 powers HAL’s Dhruv and the Light Combat Helicopter derivative now in testing. The Ardiden1U for the single-engine LUH is scheduled for certification in 2017.
Turbomeca says it is ready to develop a new 600-shp category turboshaft following completion of its Tech600 technology program and is awaiting interest from helicopter manufacturers in an engine that CEO Olivier Andries says would provide improvements of 10-15% in specific fuel consumption, maintenance costs and environmental impact. These engines are among 10 programs in parallel development at Turbomeca—the largest at any one time by the Safran-owned company. The Arrano is expected to achieve certification in 2017. Having taken over full ownership of the RTM322 from partner Rolls-Royce, Turbomeca is using its experience on that engine to develop a new 3,000-shp commercial engine through its Tech3000 demonstration program. Credit: Turbomeca/Remy Bertrand 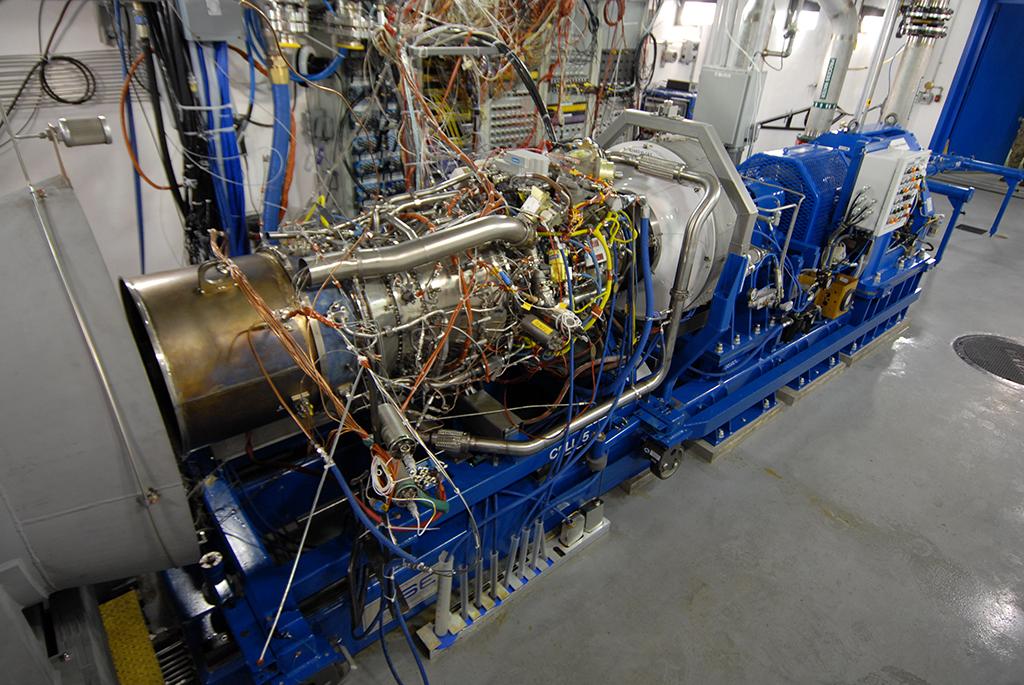 One of the most powerful helicopter engines yet made, the 7,500-shp General Electric GE38, will power Sikorsky’s CH-53K King Stallion into the air for the first time, possibly as early as March. The start of flight tests was delayed from 2014 because of gear system cracks discovered in ground tests.
GE aims to use the GE38 turboshaft as a launch pad for a 6,500-7,500-shp commercial turboprop derivative dubbed CPX38, but it will also eye large civil turboshaft derivative opportunities, should the market develop. Longer-term improvements to the GE38 and CT7 families are expected to flow from technology being developed under the U.S. Army’s 3,000-shp Advanced Affordable Turbine Engine and 5,000-10,000-shp Future Affordable Turbine Engine programs. Credit: General Electric 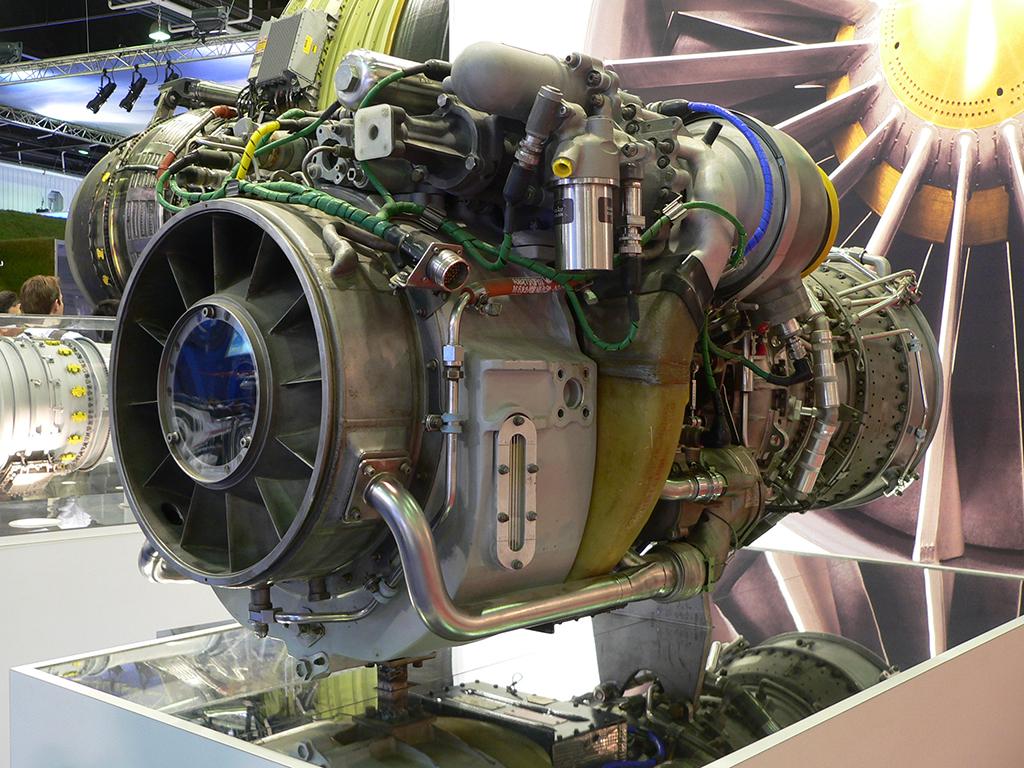 Meanwhile, GE’s CT7 turboshaft family continues to serve the heavier end of the commercial helicopter market thanks to its use in Sikorsky’s S-92 and newer AgustaWestland AW189. More than 500 CT7-8As have been installed on around 225 S-92s, which have accumulated more than 1.4 million engine flight hours. Credit: General Electric

With a swath of new helicopters entering service and more in the pipeline, engine manufacturers are pushing ahead with new developments and readying new powerplants for service. Thanks largely to a downturn in sales of single- and twin-engine light helicopters, 2014 was not a strong year, yet it is in this market segment that a significant proportion of engine development is underway.