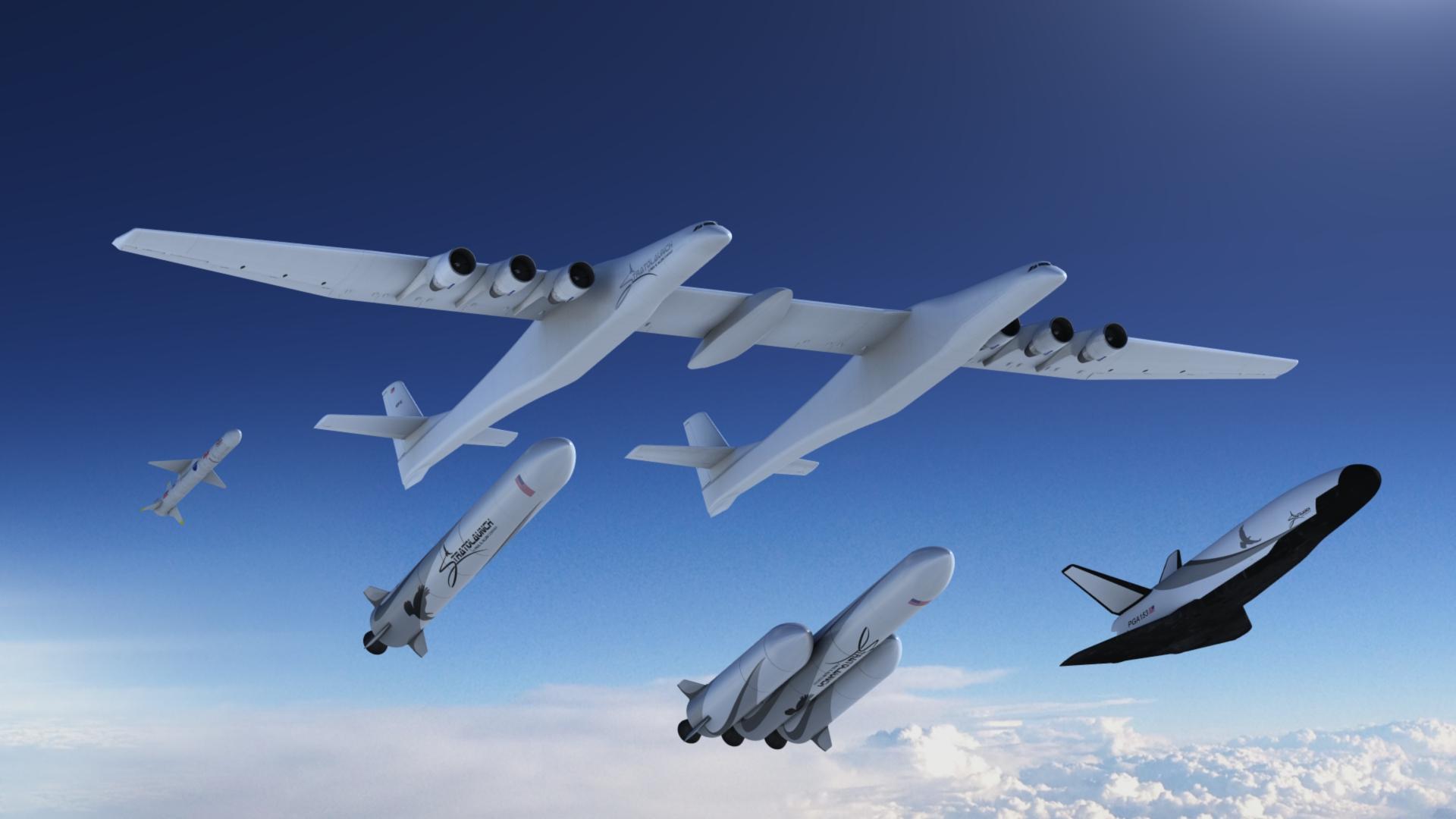 Stratolaunch recently unveiled plans to develop a complete launch vehicle family to operate from its giant carrier aircraft. They range from the previously announced Northrop Grumman Innovation Systems Pegasus XL to ‘Black Ice’, a fully reusable spaceplane which, the company says, will eventually be capable of carrying astronauts to low earth orbit. 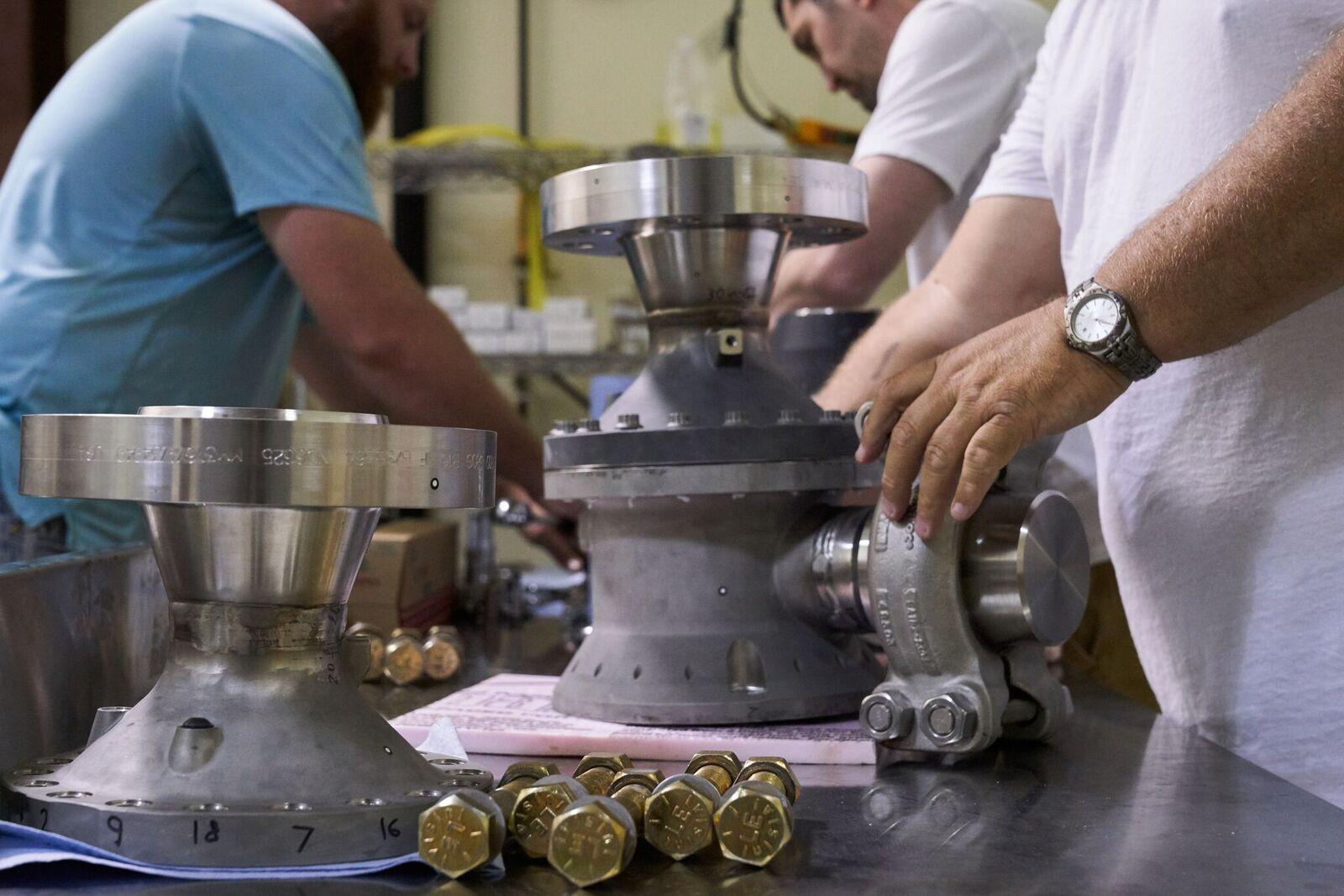 A common liquid-fueled engine, the PGA, is being developed to power the launch vehicles. A prototype pre-burner for the PGA is seen being prepared for testing. 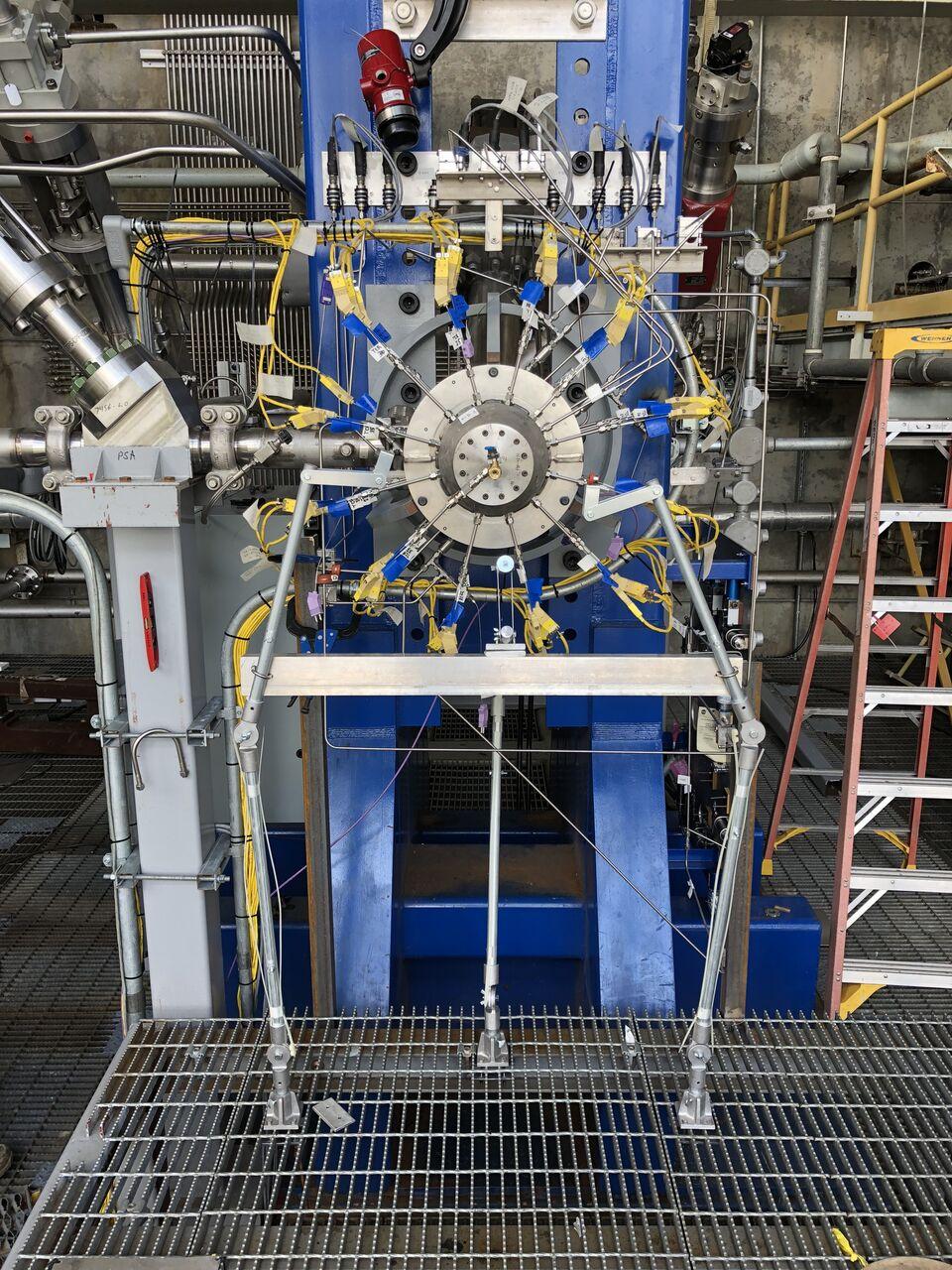 Tests of the PGA engine are set to begin at NASA Stennis in October. 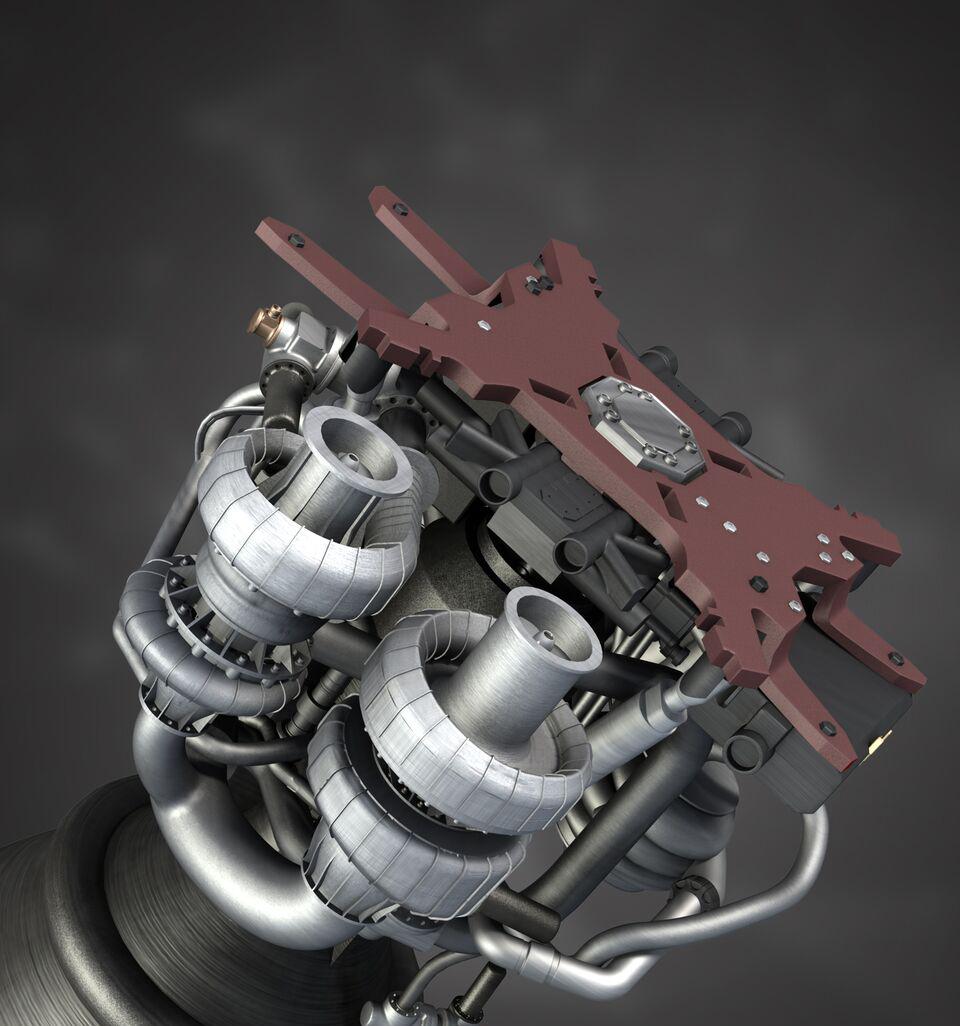 The PGA is a liquid oxygen and hydrogen engine with fuel-rich staged-combustion. 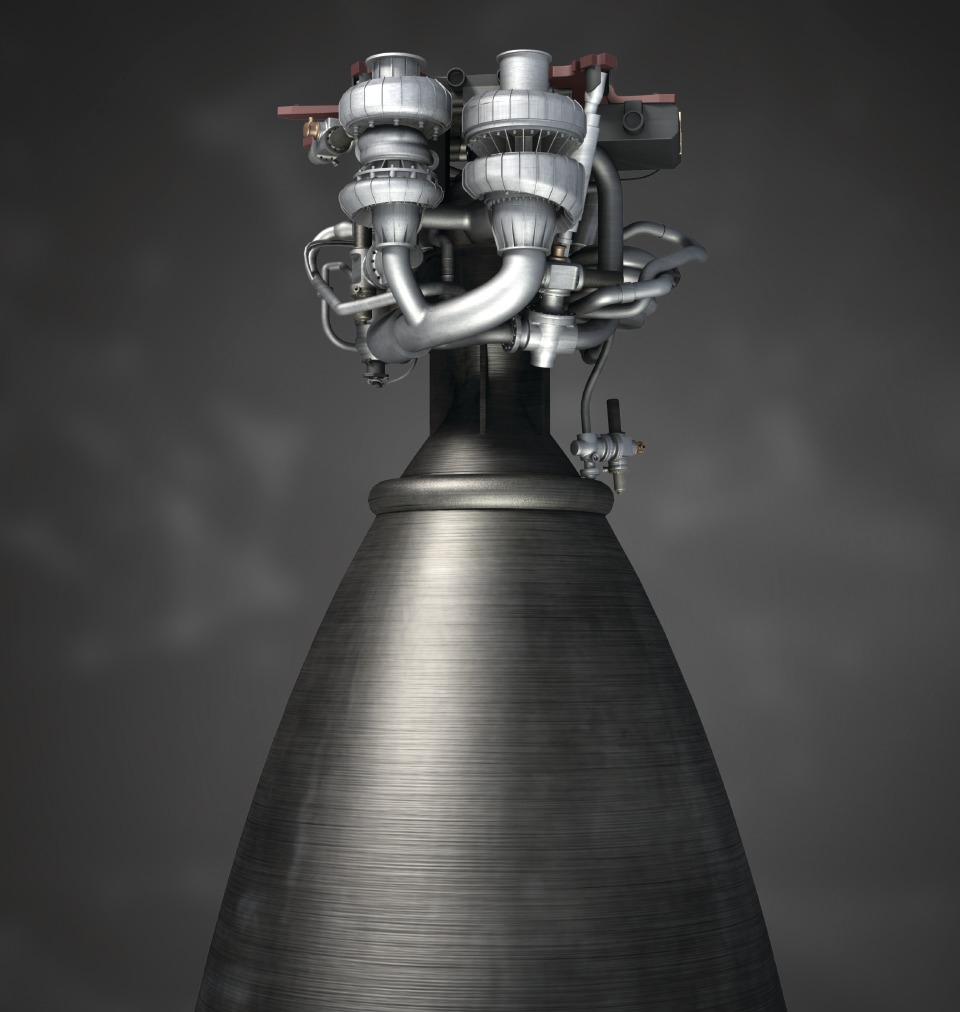 Designed for air-launch from the Stratolaunch aircraft, the PGA is designed to produce 200,000 lb. thrust. 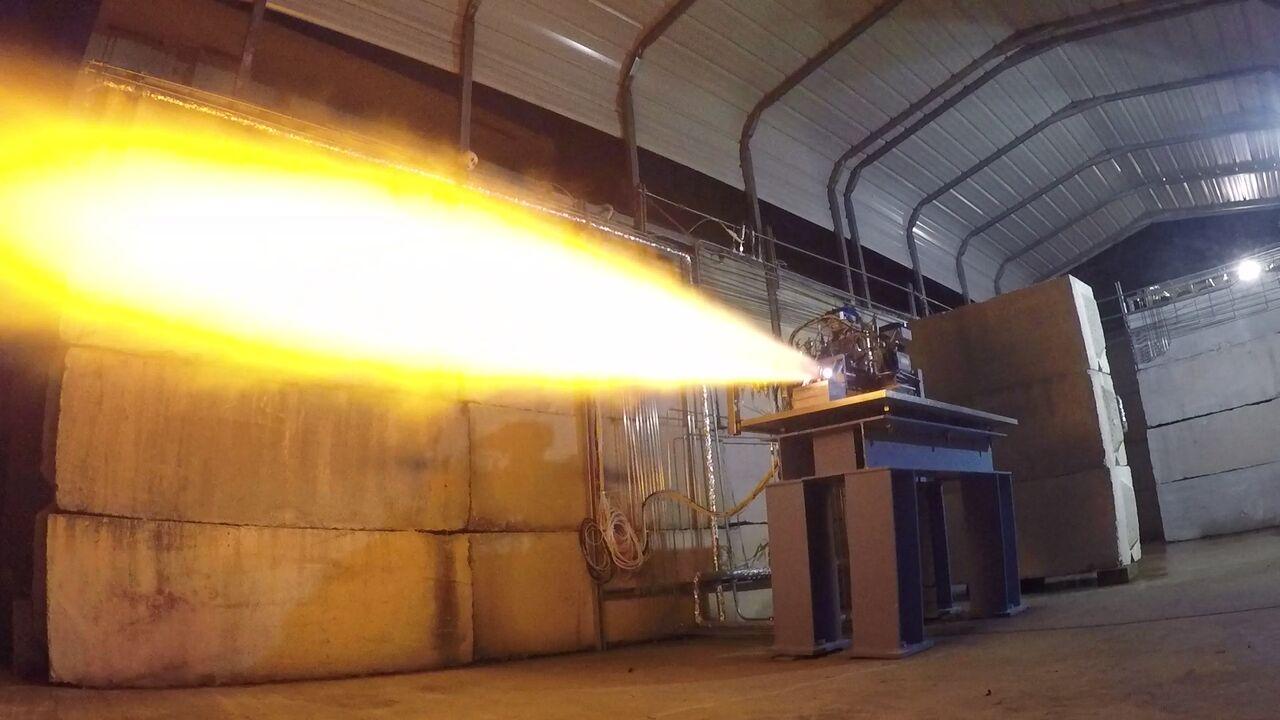 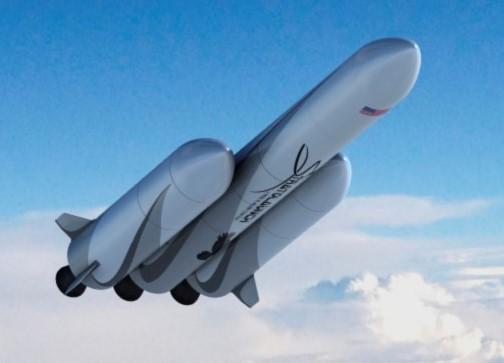 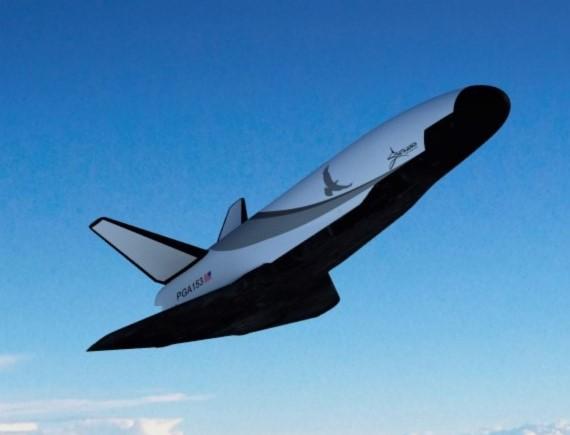 The fully-reusable Black Ice spaceplane will be powered by three PGAs for single-stage air-launch to orbit capability. A human-rated of the vehicle, which is designed for in-orbit maneuvers and cargo return, is also a long-term possibility.

Stratolaunch plans to conduct a final series of high-speed ground runs of the 6-engined carrier aircraft in coming weeks, paving the way for a long-anticipated first flight and the start of an 18 month-to-24 month flight test program. 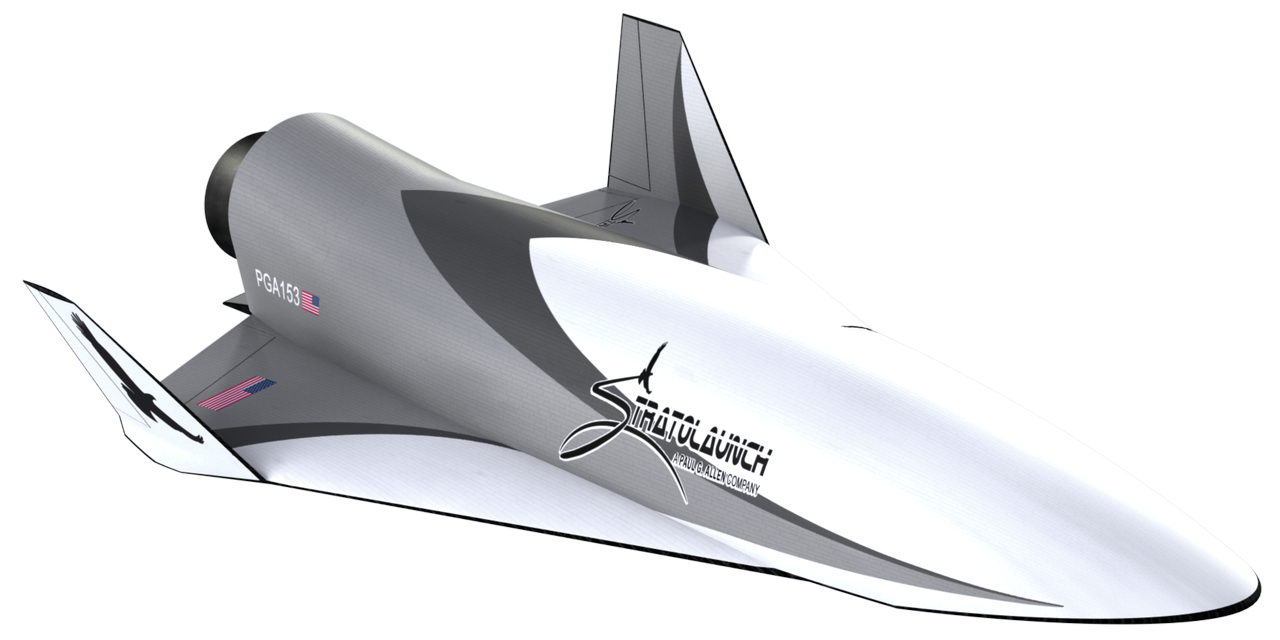 Stratolaunch has also unveiled a Mach 10 vehicle concept which could be used to evaluate the re-usable PGA engine as well as provide a flying testbed to U.S. defense and industry hypersonic researchers.

<p><em>Designed to power the family of air-launched vehicles unveiled by the company in August, the emergence of the PGA marks a major gambit in&nbsp;Stratolaunch&rsquo;s bid to take a slice of the growing small- and medium-payload space-launch market.</em></p>