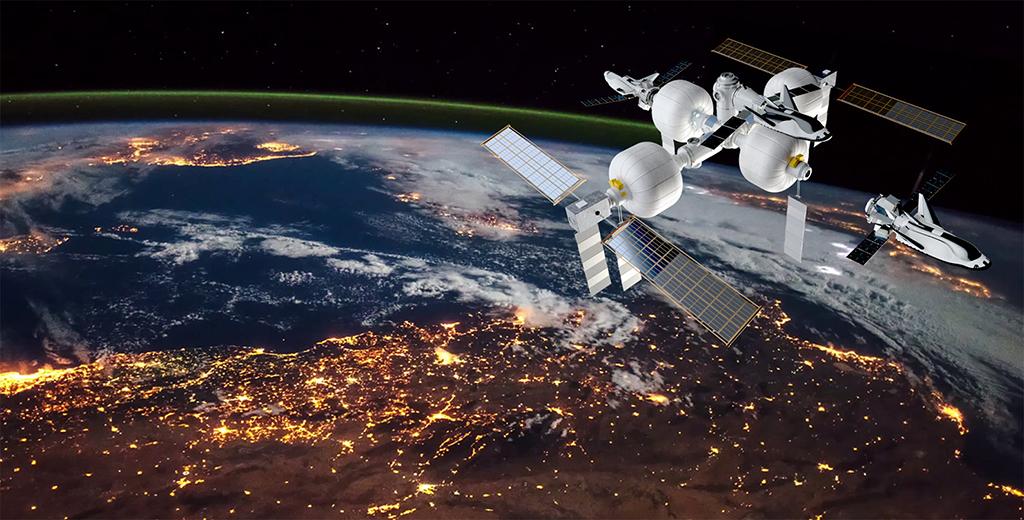 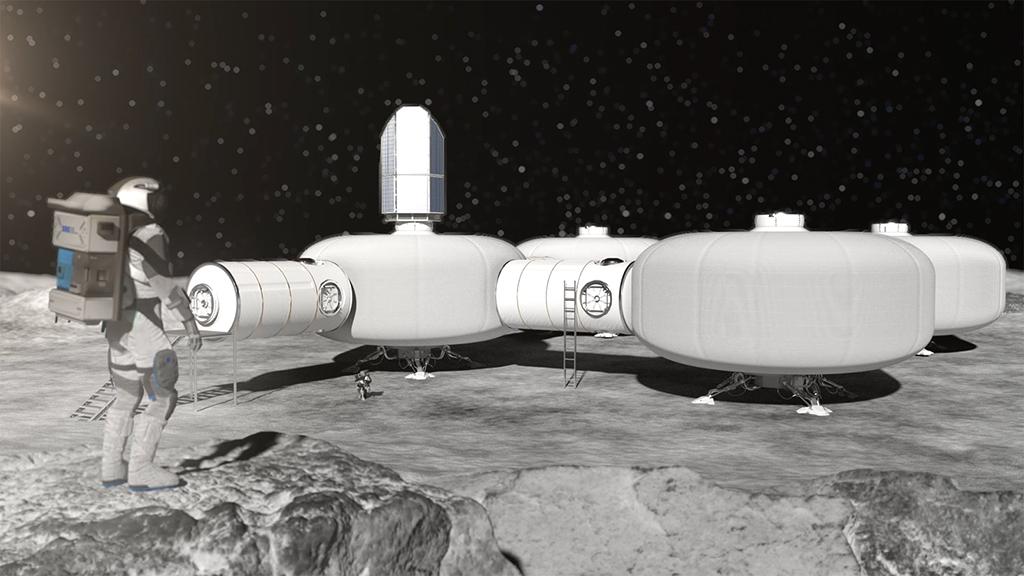 Sierra Nevada Corp.’s (SNC) concept builds on the company’s LIFE habitat (for “large inflatable fabric environment”), which is now in development under Phase 3 of NASA’s Next Space Technologies for Exploration Partnerships (NextSTEP-2) program for lunar and Mars missions. 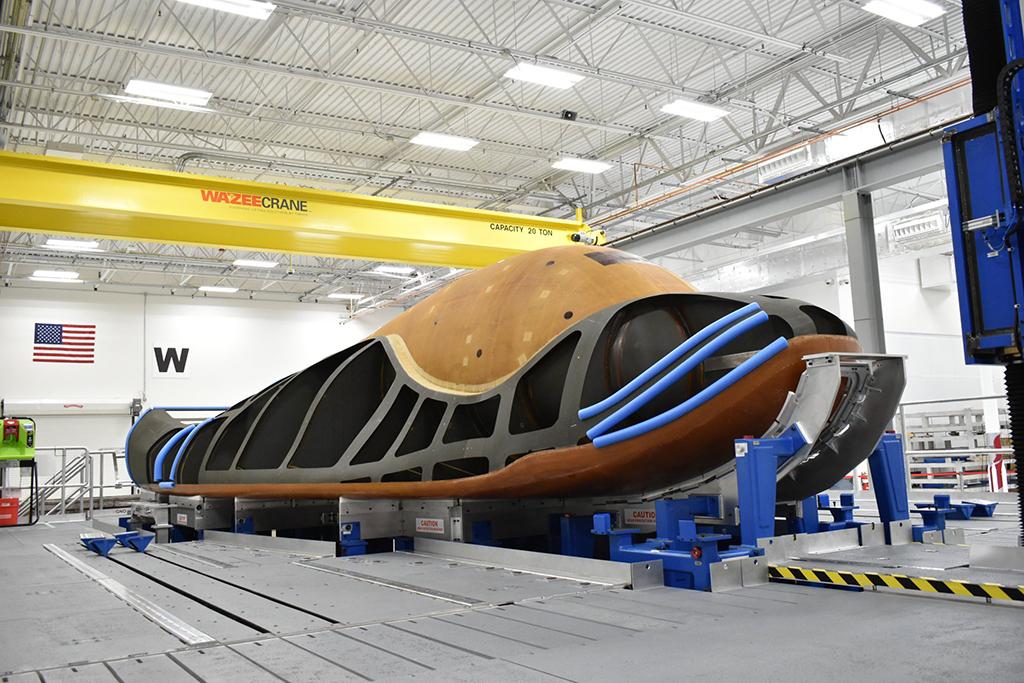 The other key element of SNC’s LIFE station plan is a crewed version of the Dream Chaser lifting-body space vehicle, the cargo version of which is now being assembled for commercial resupply missions to the International Space Station (ISS) starting in 2022. 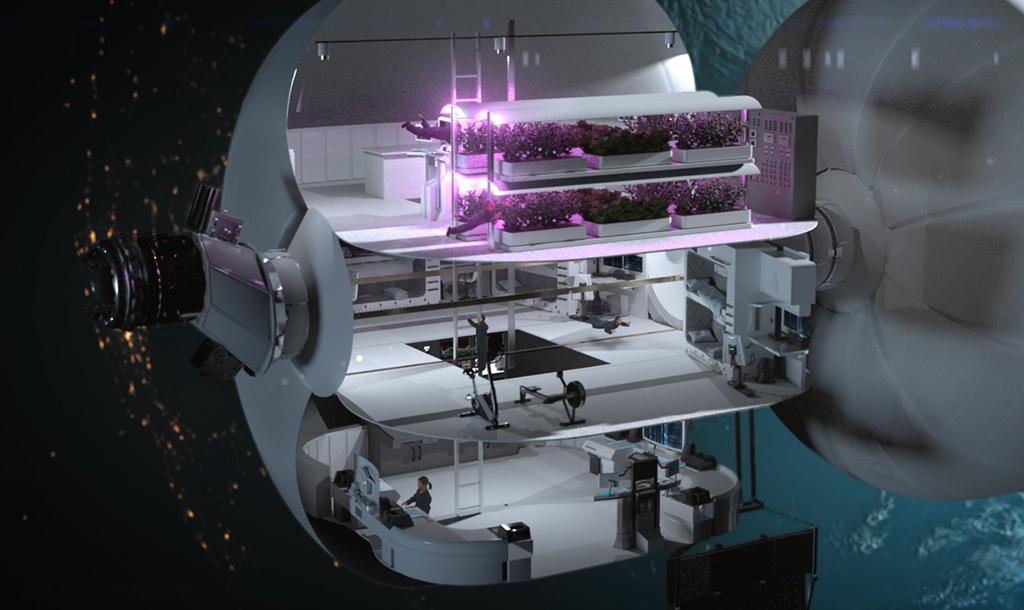 SNC envisages combining these programs into a joint capability in which a free-flying commercial space station in low Earth orbit will be supported by both crewed and cargo variants of the Dream Chaser. “Our goal is to provide a turnkey space transportation service,” says Eren Ozmen, SNC co-owner, chairwoman and president. 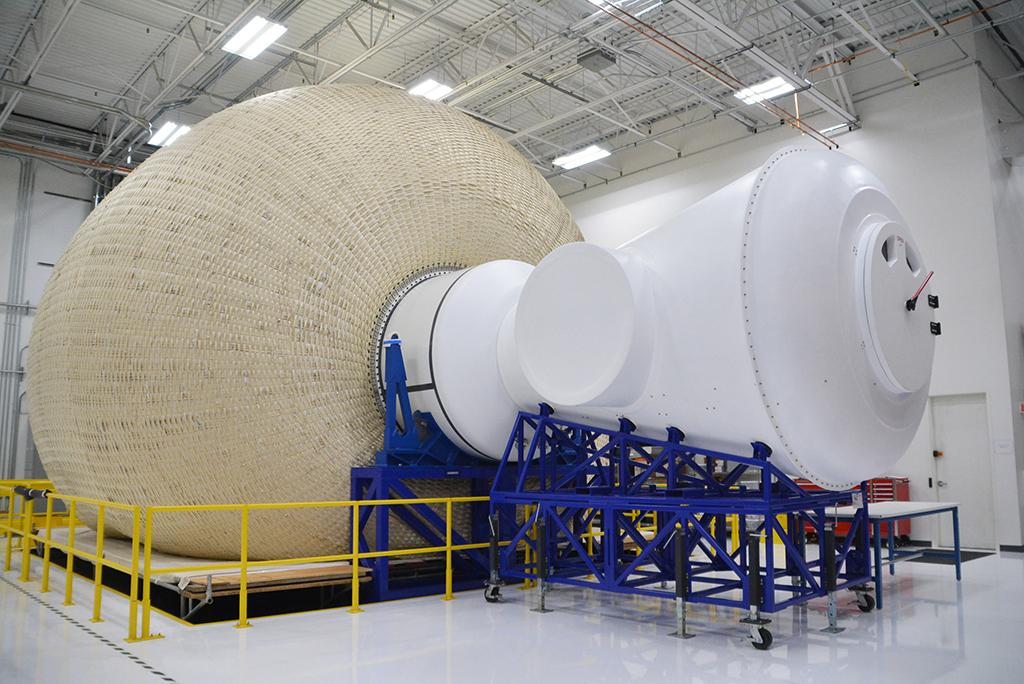 The ground prototype LIFE module, which has been undergoing pressurization burst and material creep tests under NextSTEP-2 at NASA’s Johnson Space Center in Texas, is now being transferred to Kennedy Space Center in Florida for further testing on short- and long-term habitation. The module, equivalent in size to a three-story building, incorporates a standard docking system and uses expandable material technology developed by Delaware-based spacesuit maker ILC Dover. SNC’s concept, in turn, evolved from NASA’s TransHab expandable habitat program of the 1990s. 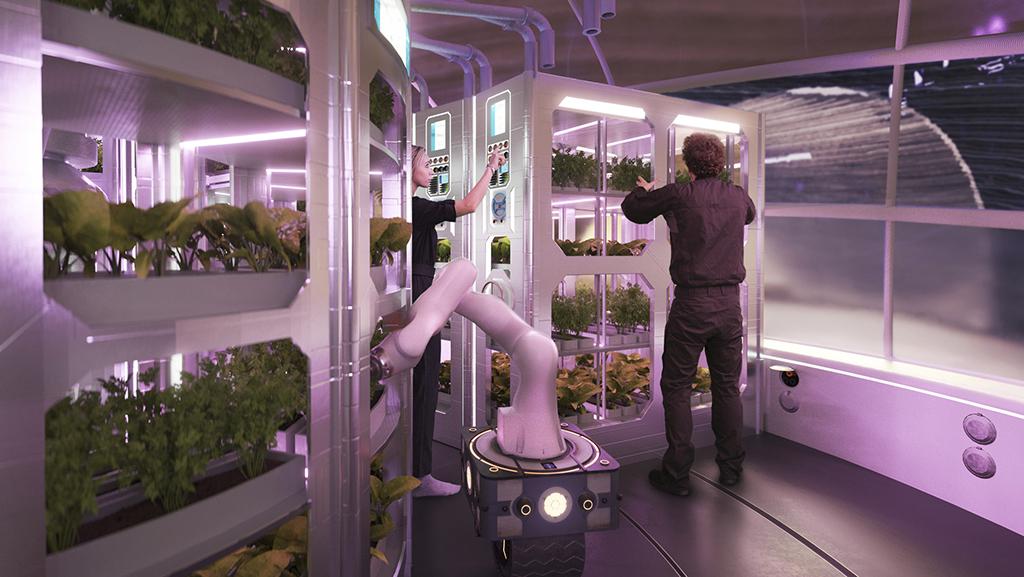 SNC’s LIFE in LEO would also include an “Astro Garden,” which would grow fresh produce in microgravity using a combination of red, blue and white LED lighting to compensate for the lack of direct sunlight. 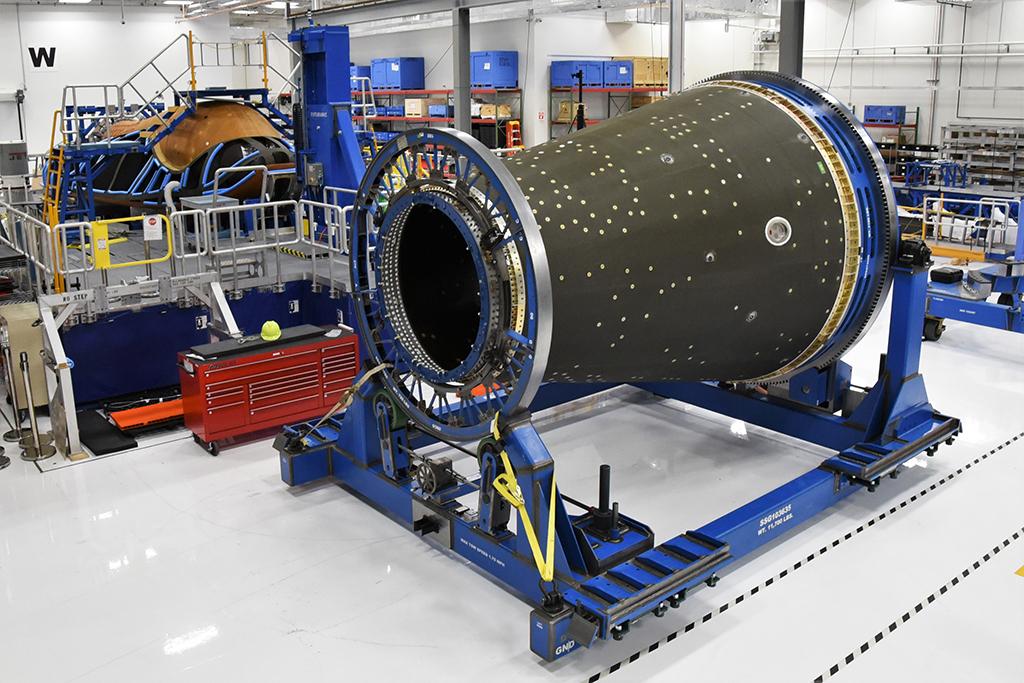 SNC is also building the first Shooting Star vehicle that will fly to the ISS with the Dream Chaser. The 15-ft.-long spacecraft can carry up to 10,000 lb. of pressurized and unpressurized cargo and, with solar panels providing 6 kW of power, it can also operate as a free-flying vehicle. Once all cargo has been unloaded, the transport vehicle can be used to stow cargo for disposal. (Note the Dream Chaser under assembly in the background.) 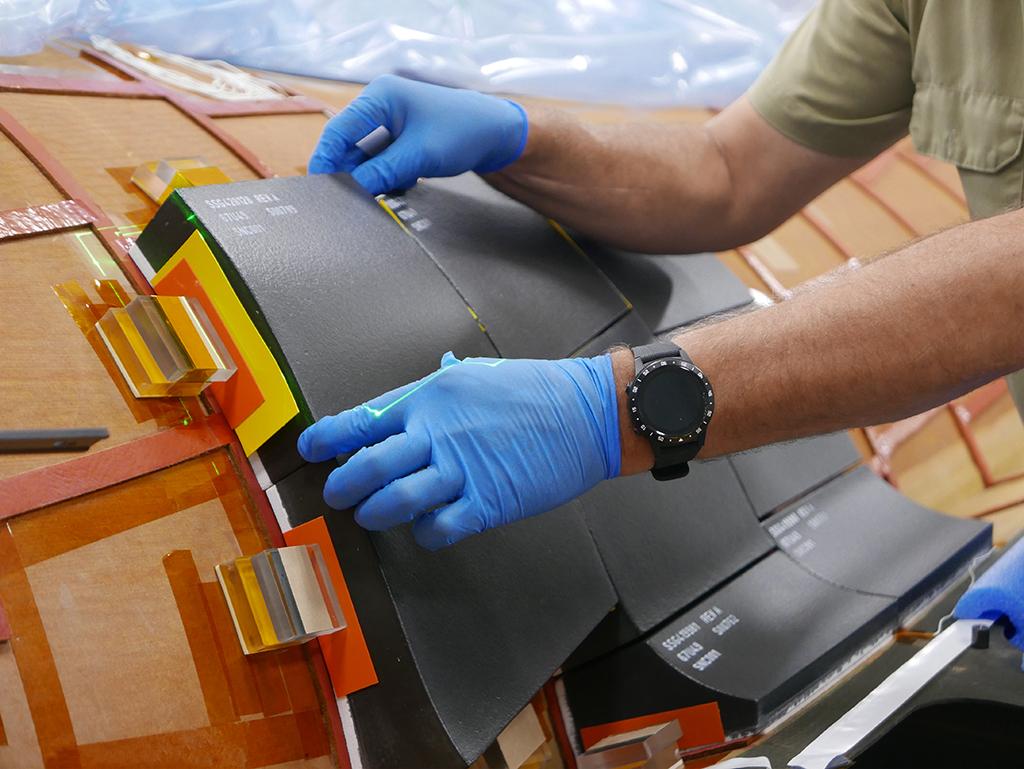 Work on the first Dream Chaser, dubbed Tenacity, is accelerating with heat-resistant tiles for the thermal protection system currently being attached to the vehicle’s skin at the company’s Louisville, Colorado, facility. 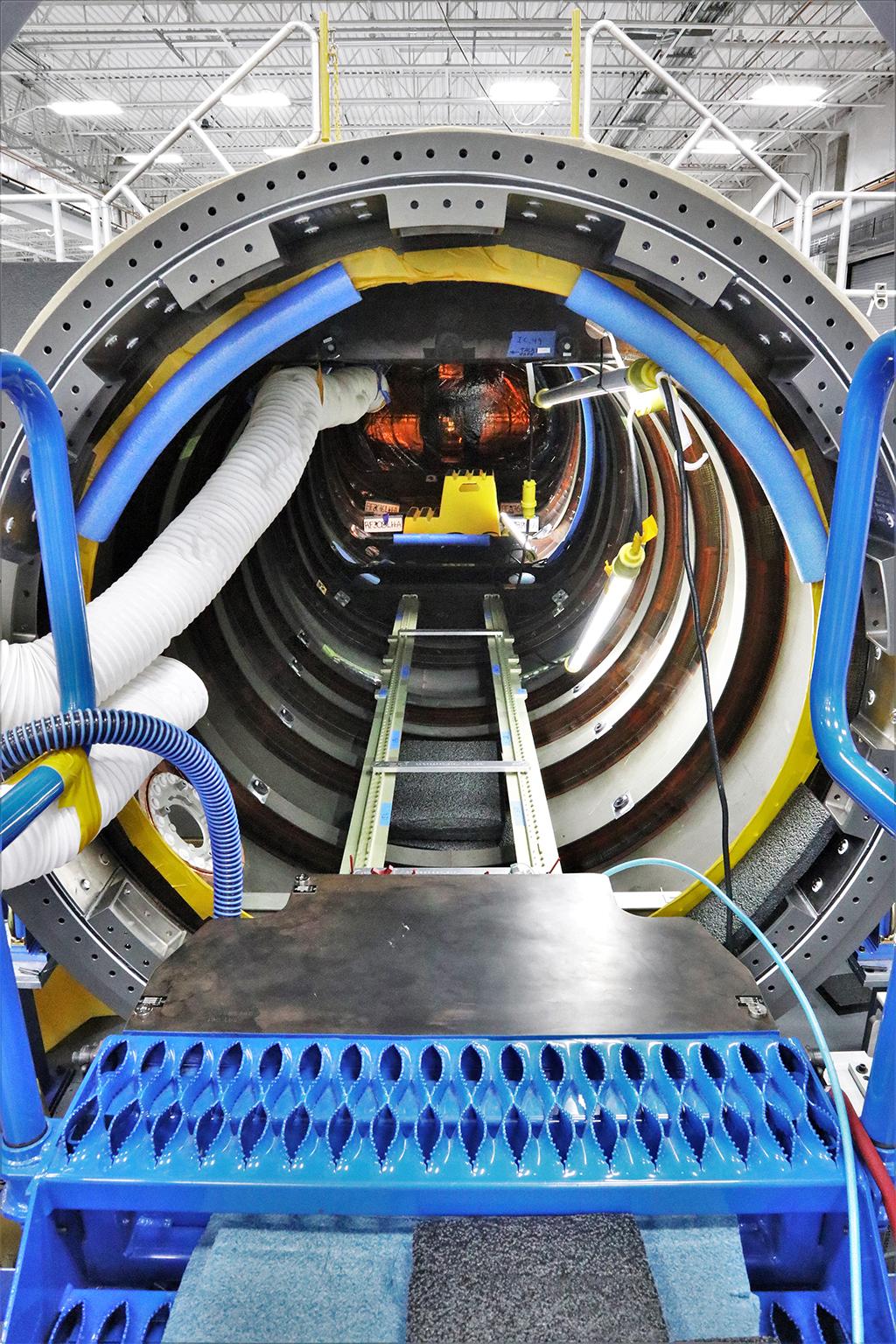 Cargo will be stored and loaded into the ISS through this tunnel-like structure connecting the core of the Dream Chaser with the Shooting Star module. 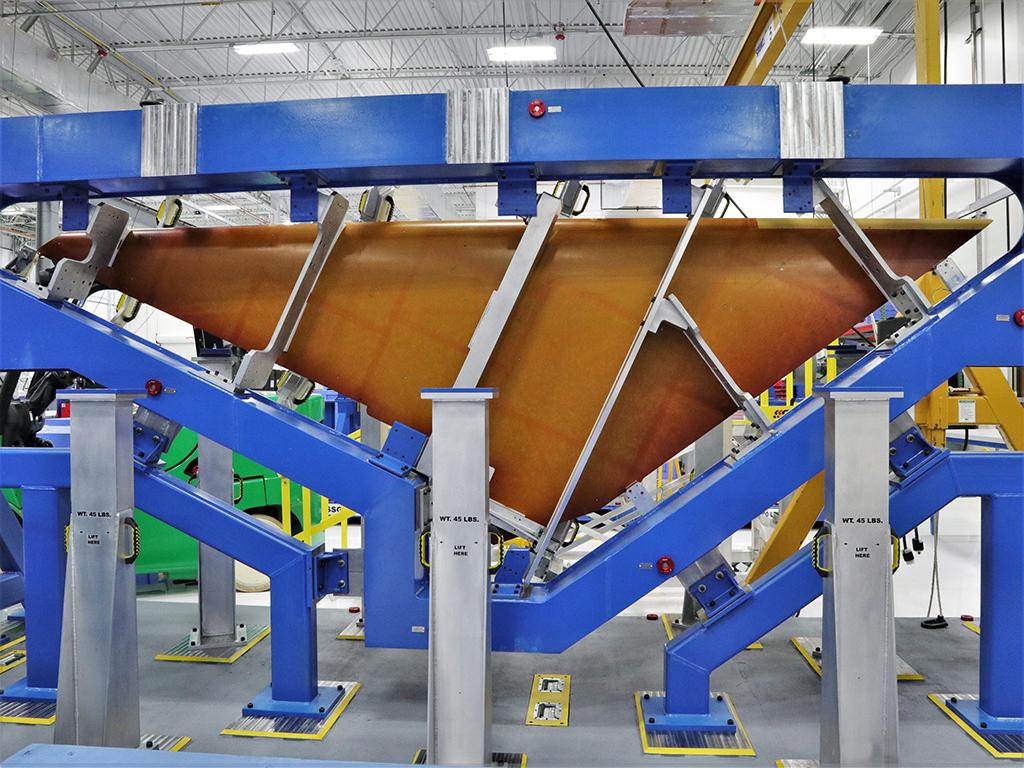 One of the next major assembly milestones will include installation of the nose landing gear, followed by the wings around the middle of the year, says former astronaut Steve Lindsey, senior vice president of strategy for SNC Space Systems. The wings—one of which is pictured in an assembly jig—will be installed along with locking and unfolding mechanisms that enable the Dream Chaser to fit within the payload shroud of the United Launch Alliance (ULA) Vulcan rocket, which will be used to place the vehicle in orbit.