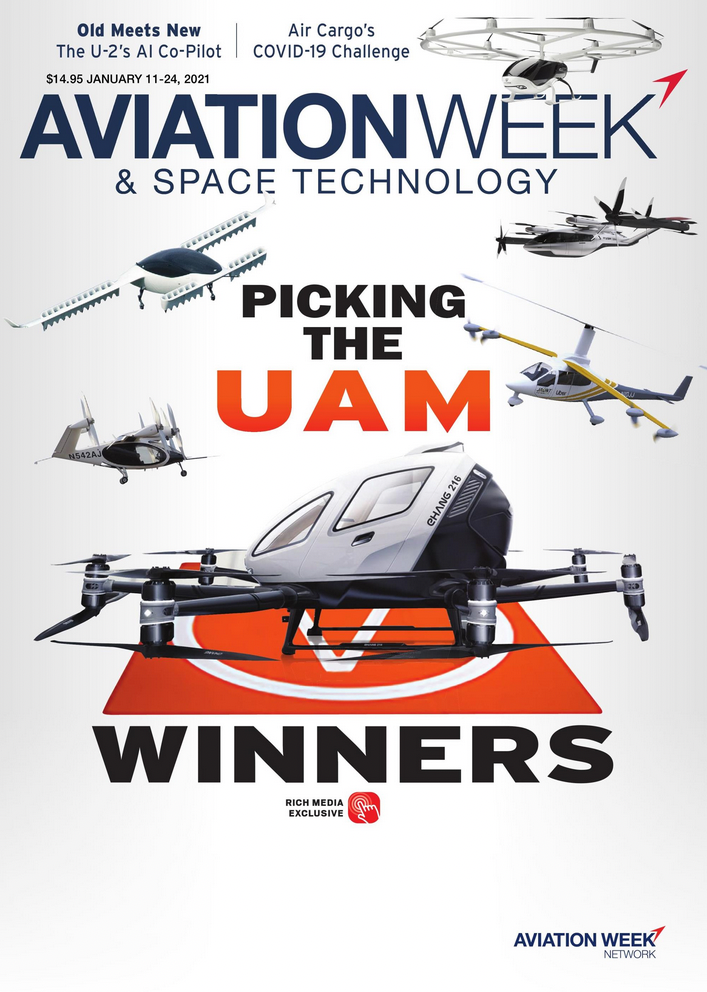 January 11 - 24 - Front-Runners And Dark Horses: Who Is Leading The UAM Race?

A half-dozen startups are making the pace in the race to unlock UAM, with at least as many close behind. Who will be the winners? 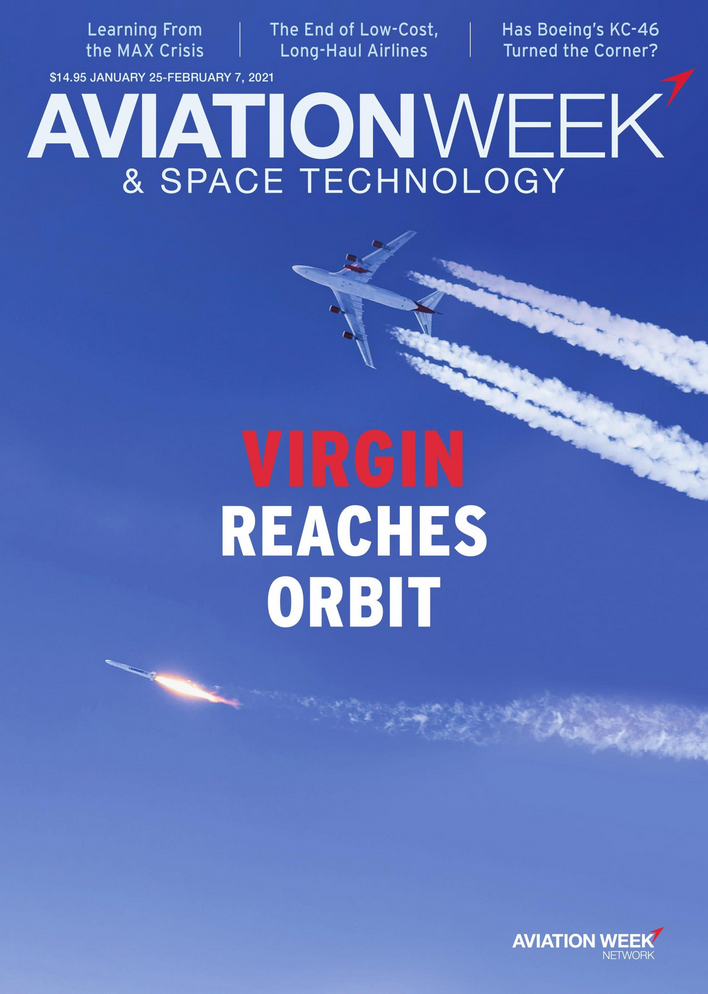 Virgin Orbit had barely tweeted news of the successful Jan. 17 space debut of its LauncherOne vehicle on social media when new launch contracts began arriving in the company’s email inbox. 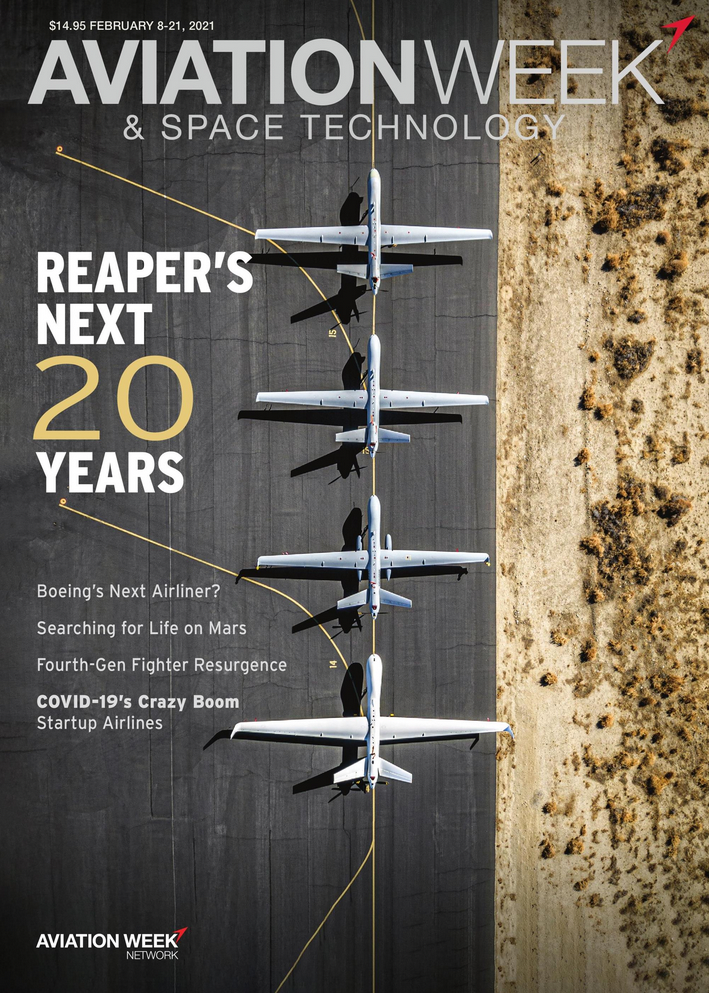 Neal Blue’s original idea for what became the feared MQ-9 Reaper was not an armed unmanned aircraft system at all, or even a military reconnaissance platform. 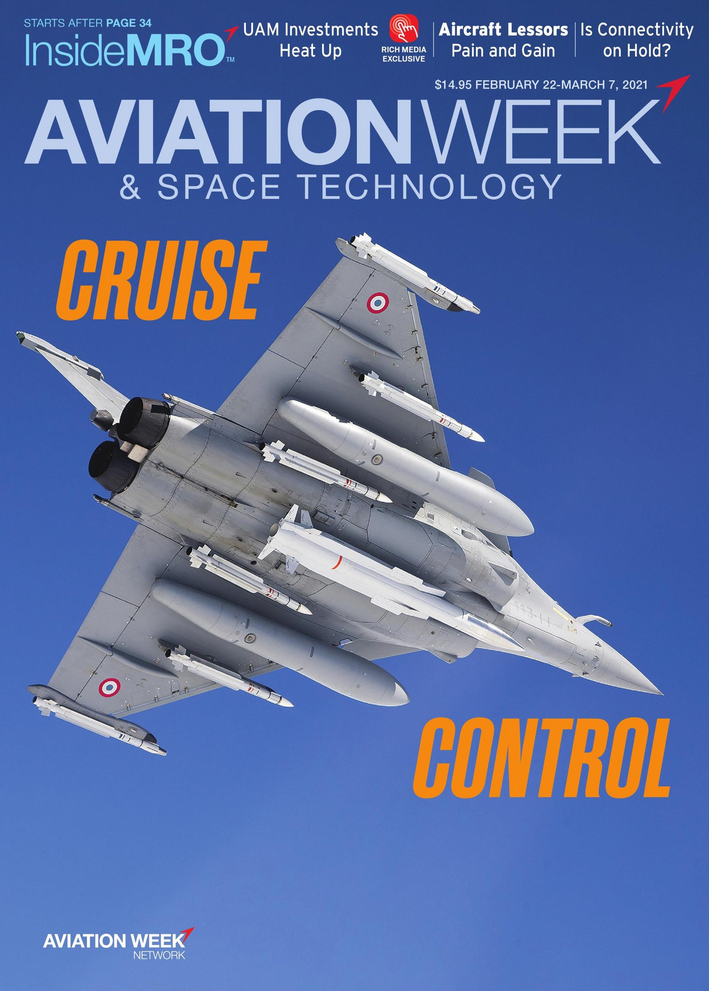 Beyond its conventional cruise missile development efforts with the UK, France is also pursuing the development of a replacement of the AMSP-A nuclear-tipped missile for its strategic forces. 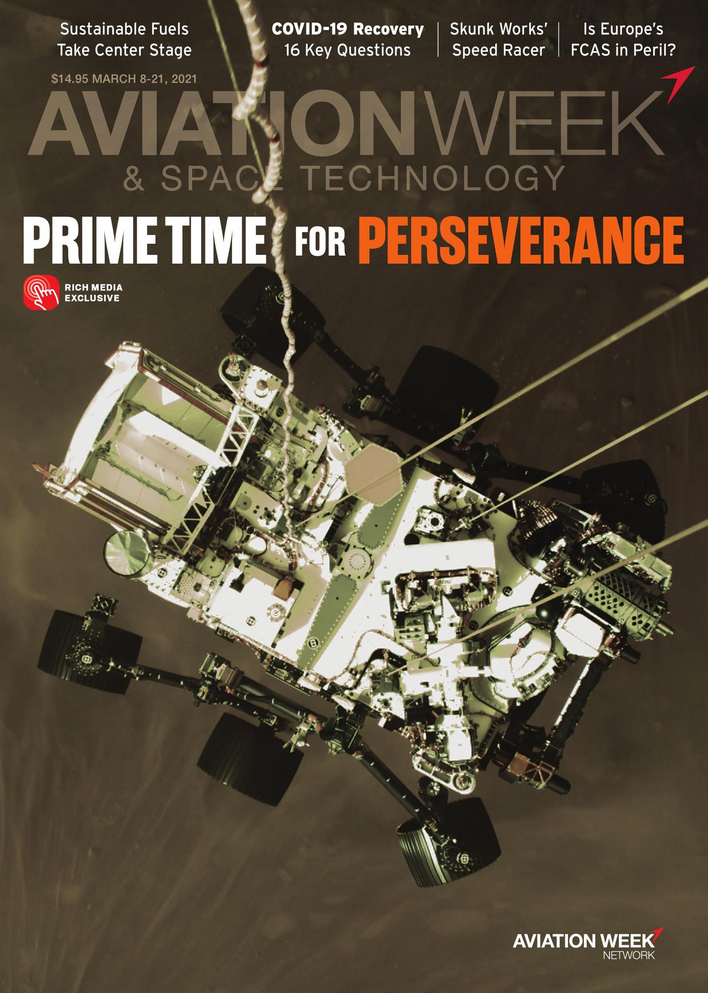 A suite of video cameras provided an unprecedented view of what it is like to land on Mars. 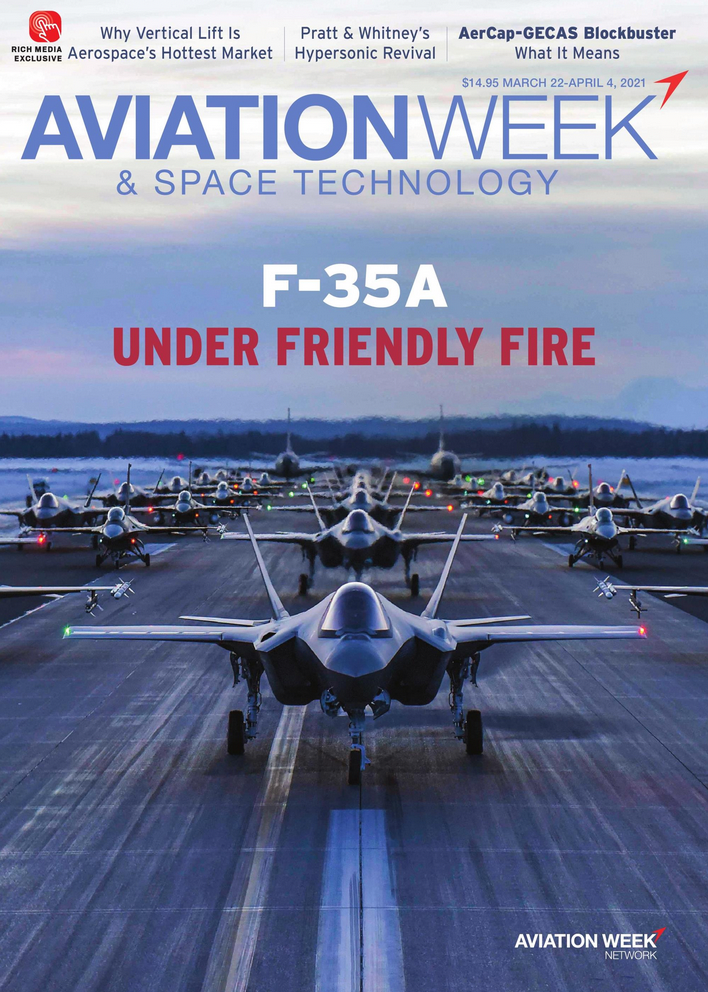 The U.S. Air Force is seeking alternatives to the only domestic stealth fighter in production. 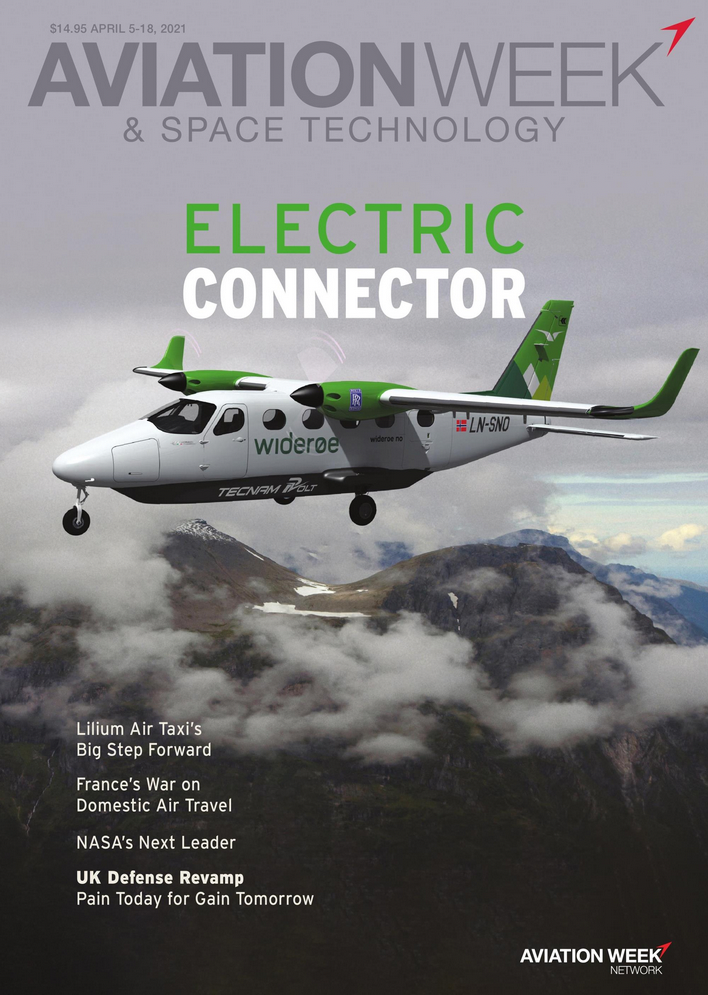 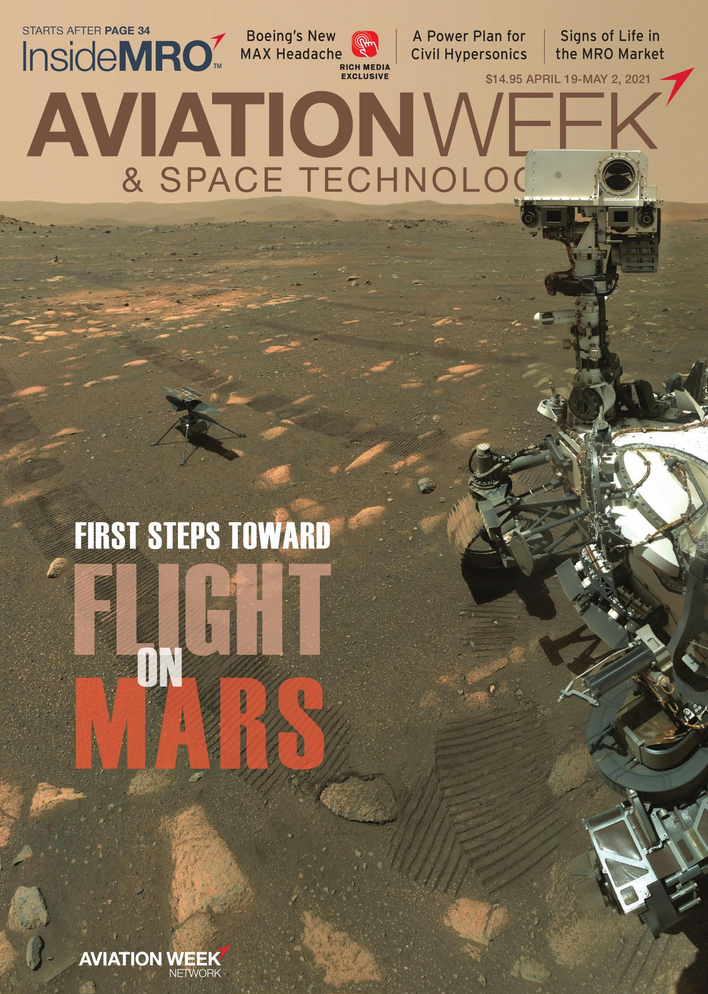 April 19 - May 2- From Kitty Hawk To Jezero Crater

NASA prepares for the first powered flight on Mars. 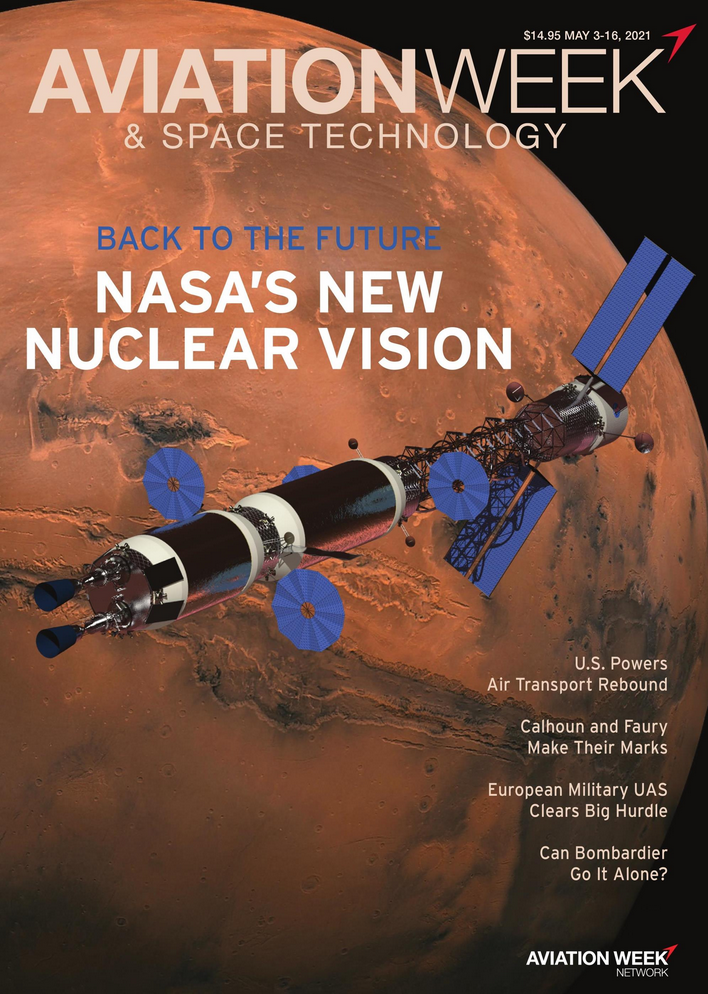 NASA gets serious again about nuclear space propulsion for missions to Mars and beyond. 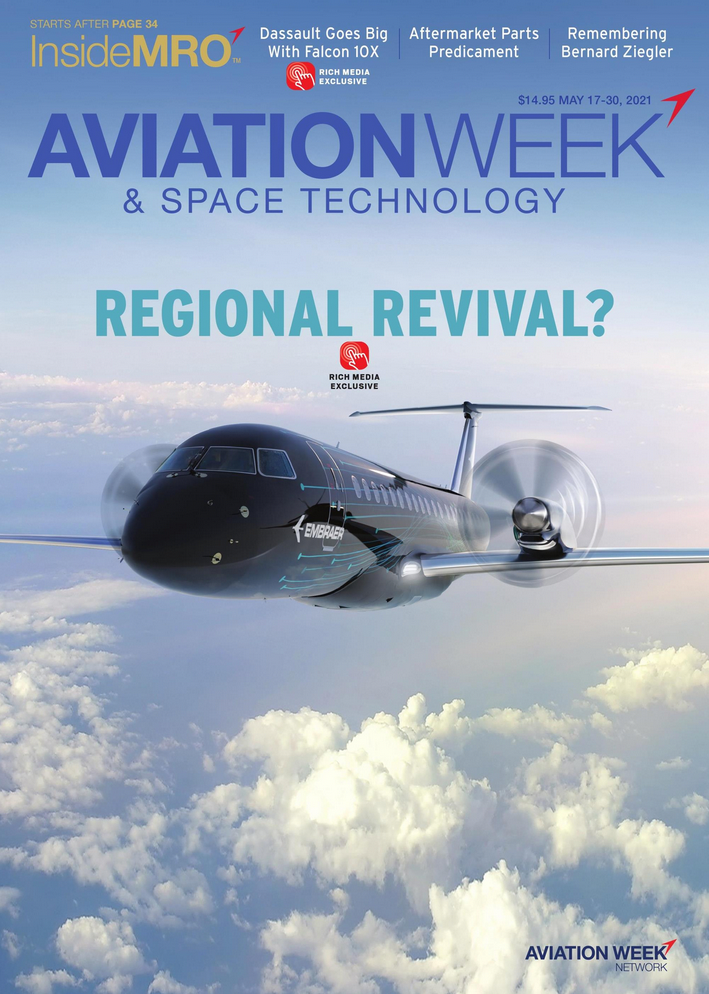 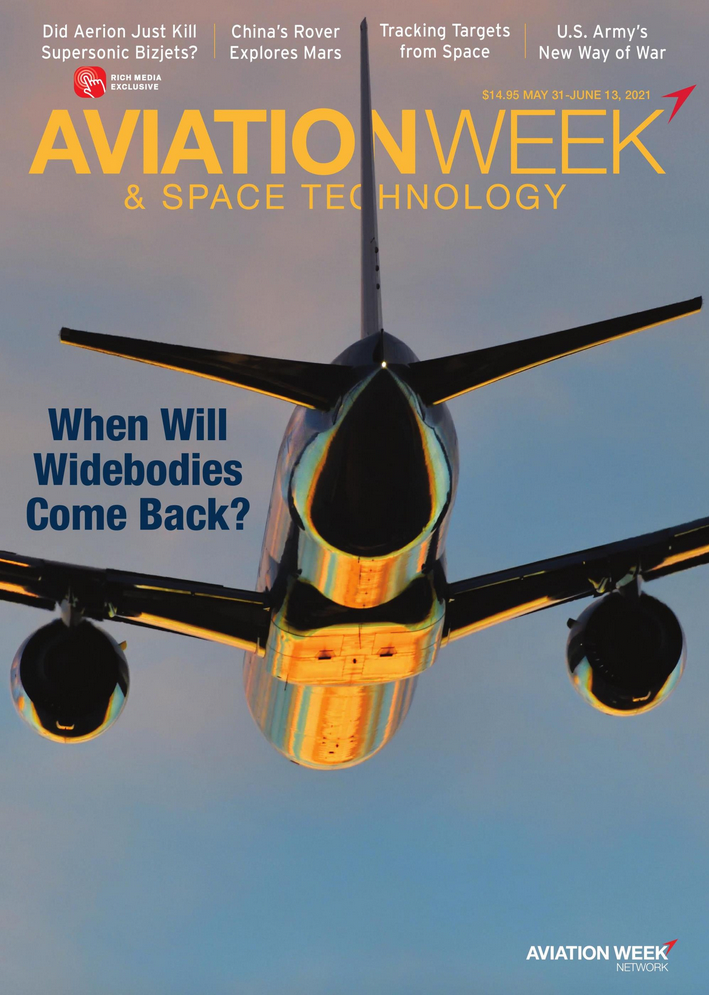 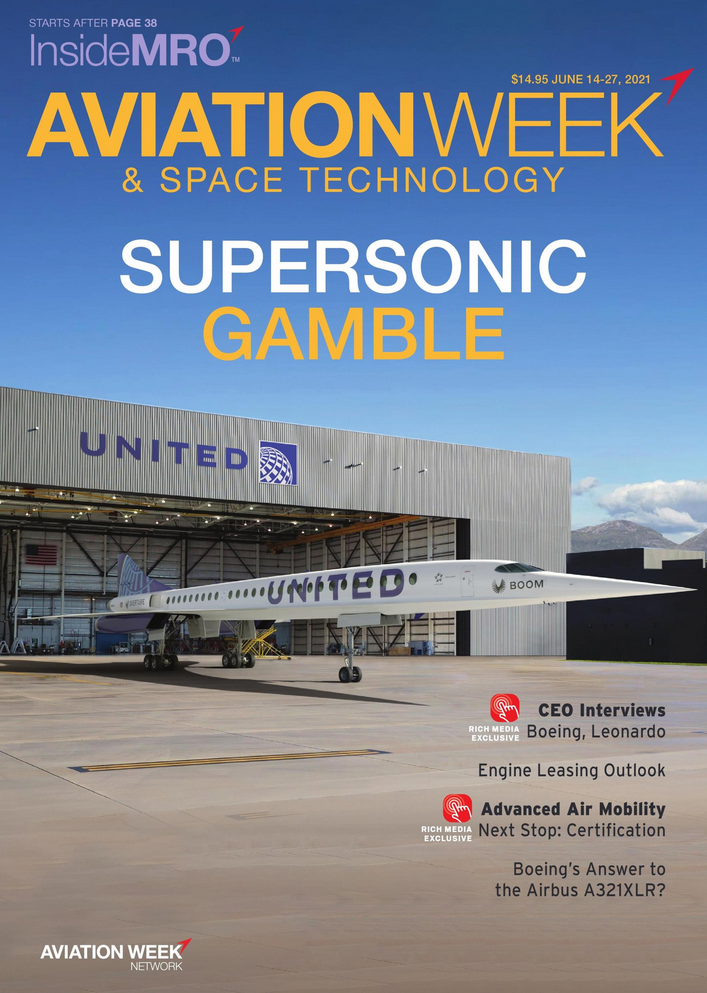 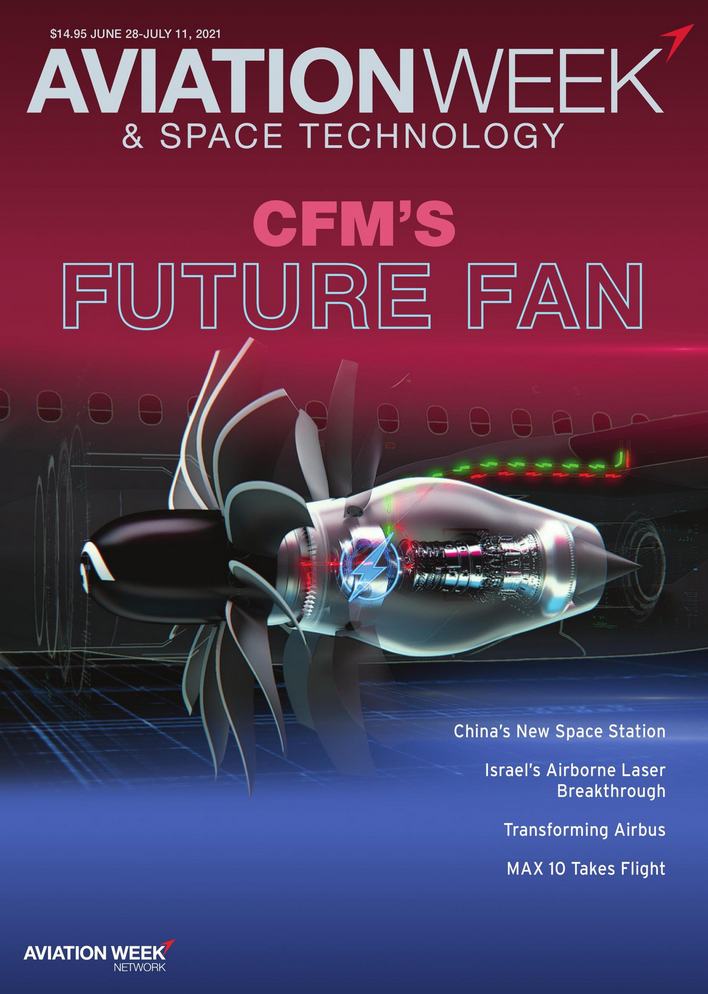 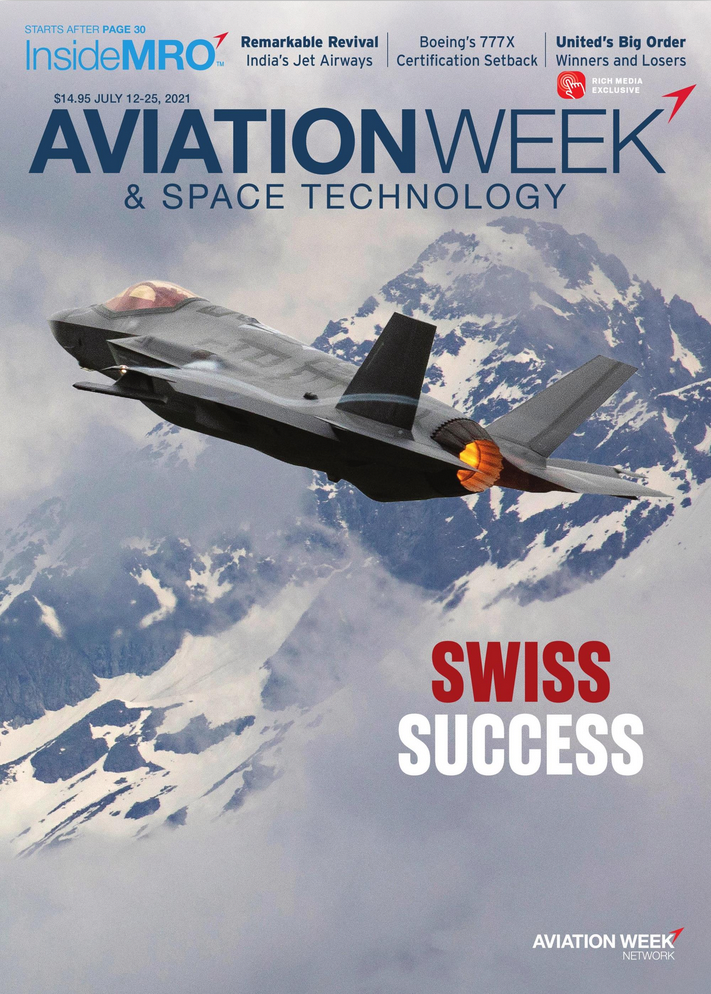 Switzerland looks to the U.S. to meet future air defense needs with F-35 and Patriot selections. 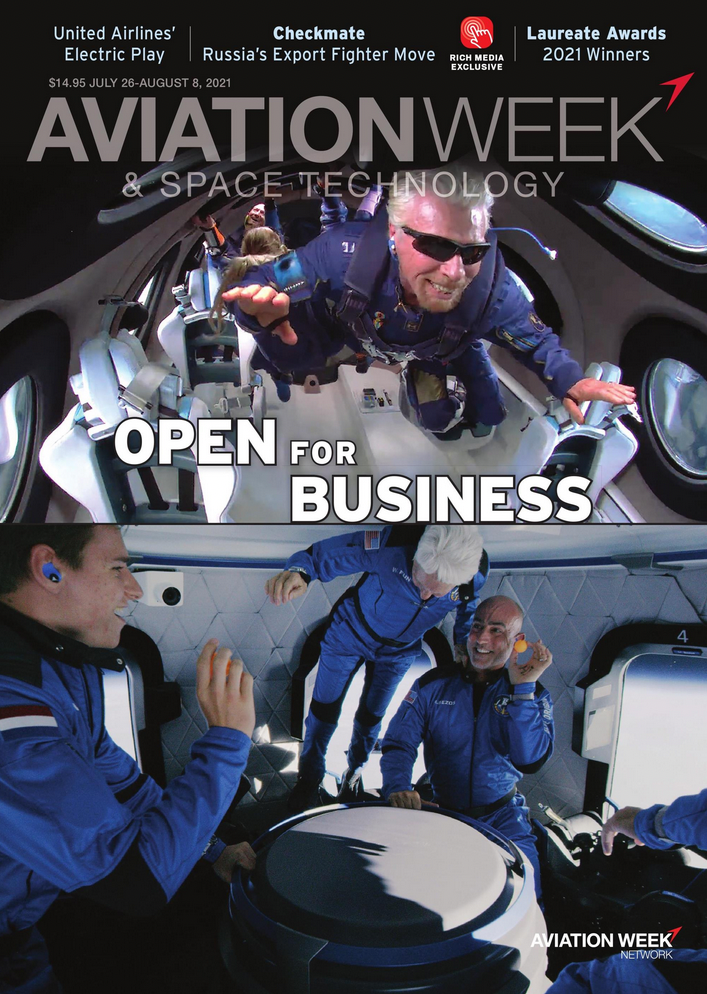 July 26 - August 8 - The Rise of the Private Astronauts 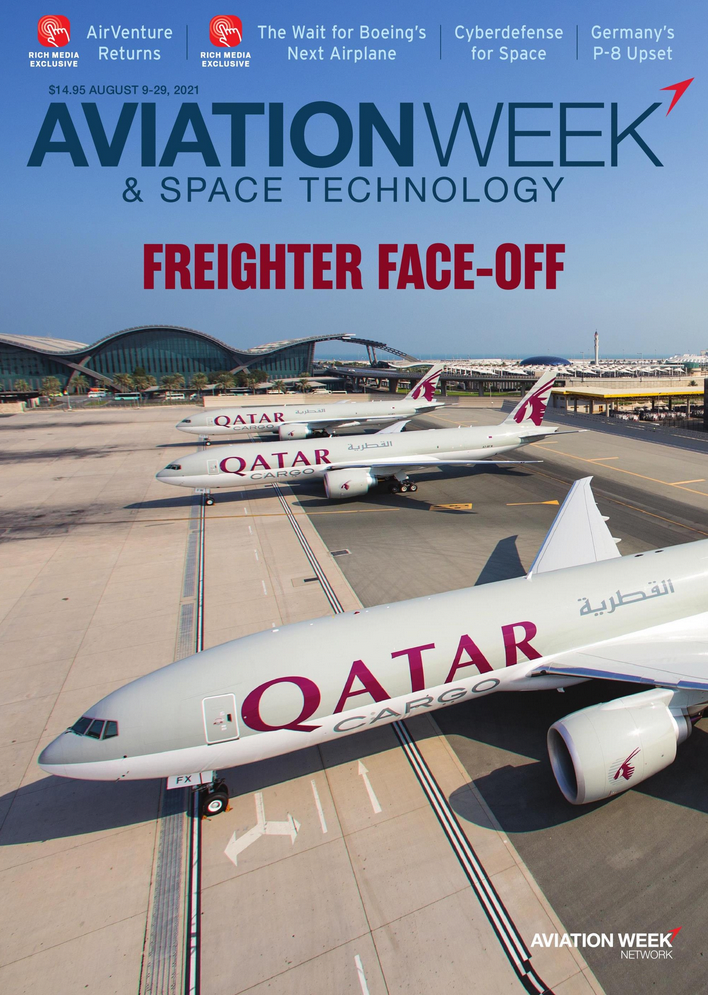 After being largely absent from the new-build freighter market, Airbus proceeds with the A350 freighter, and Boeing considers its response 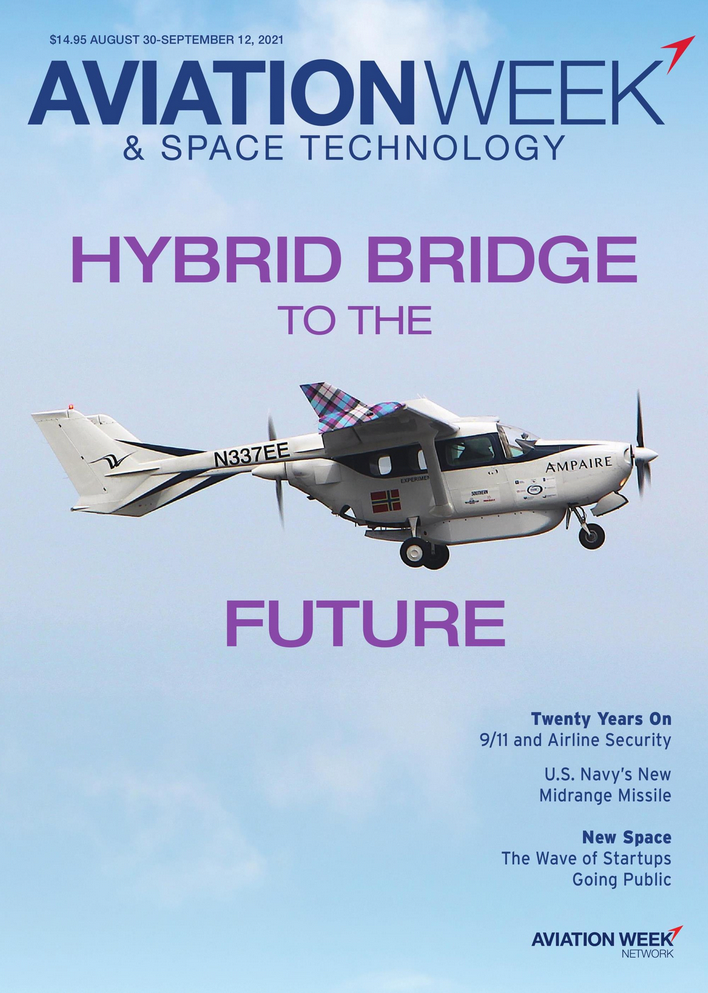 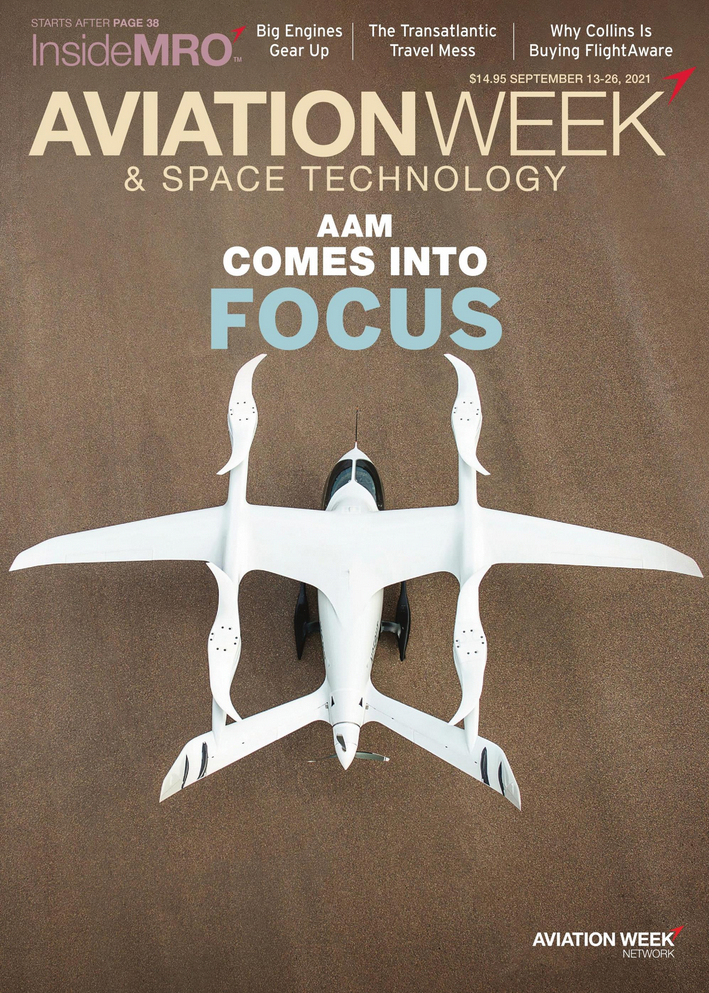 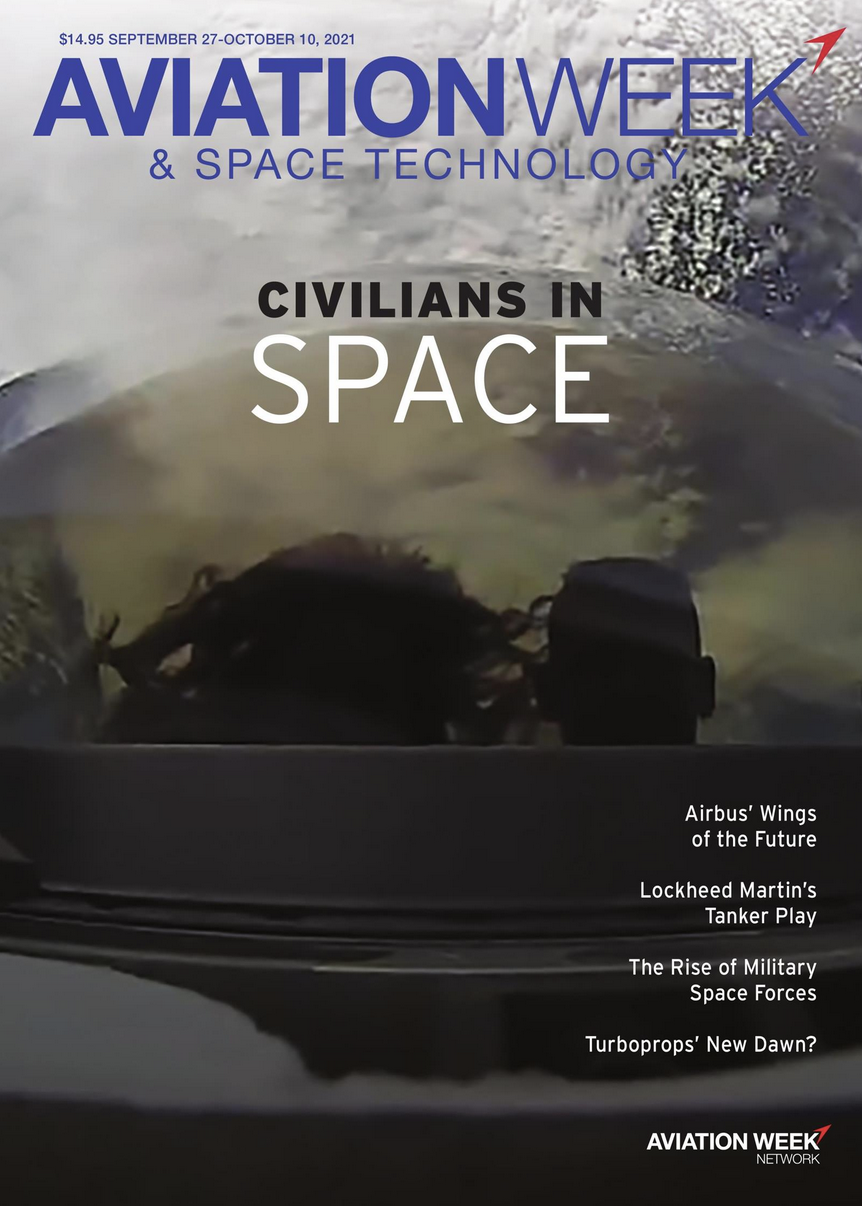 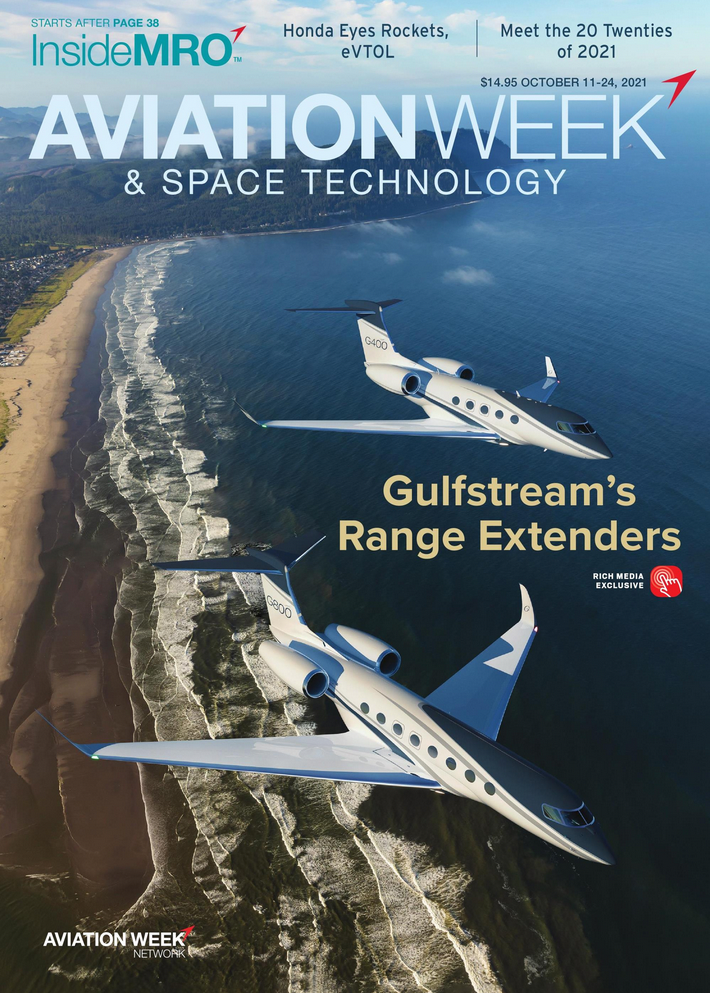 Gulfstream Aerospace debuts the G400 and G800, in stealthy development for years. 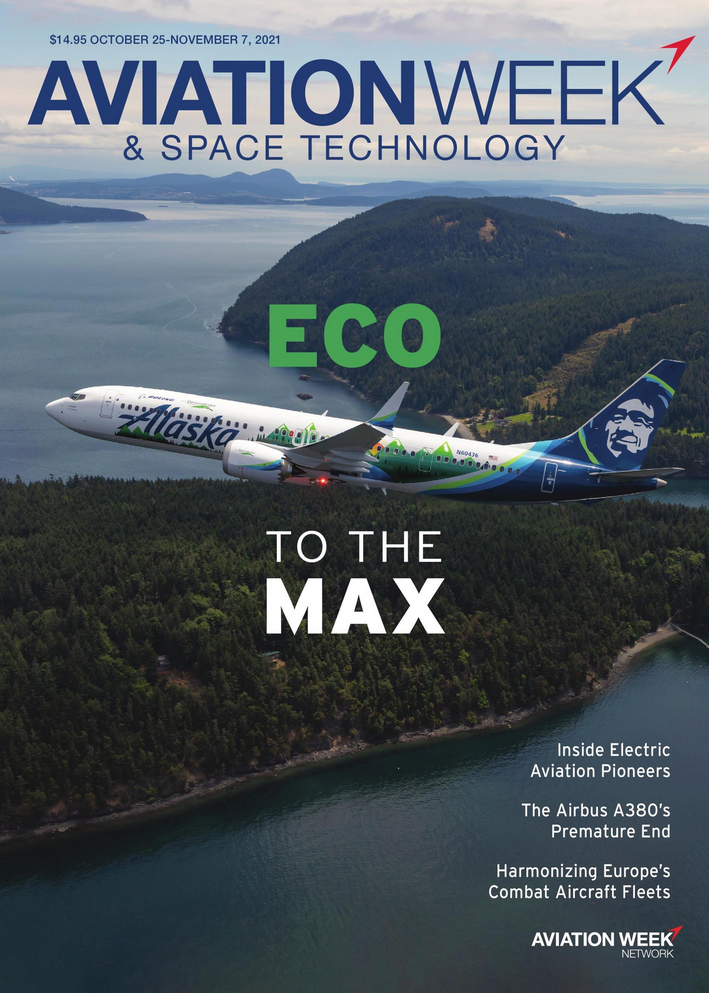 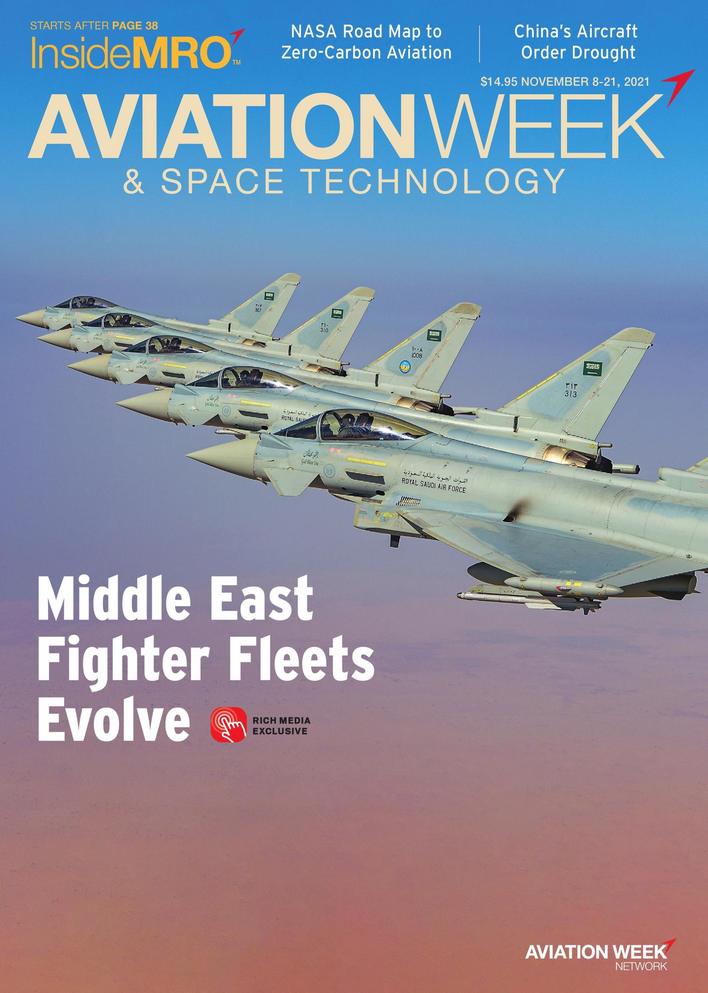 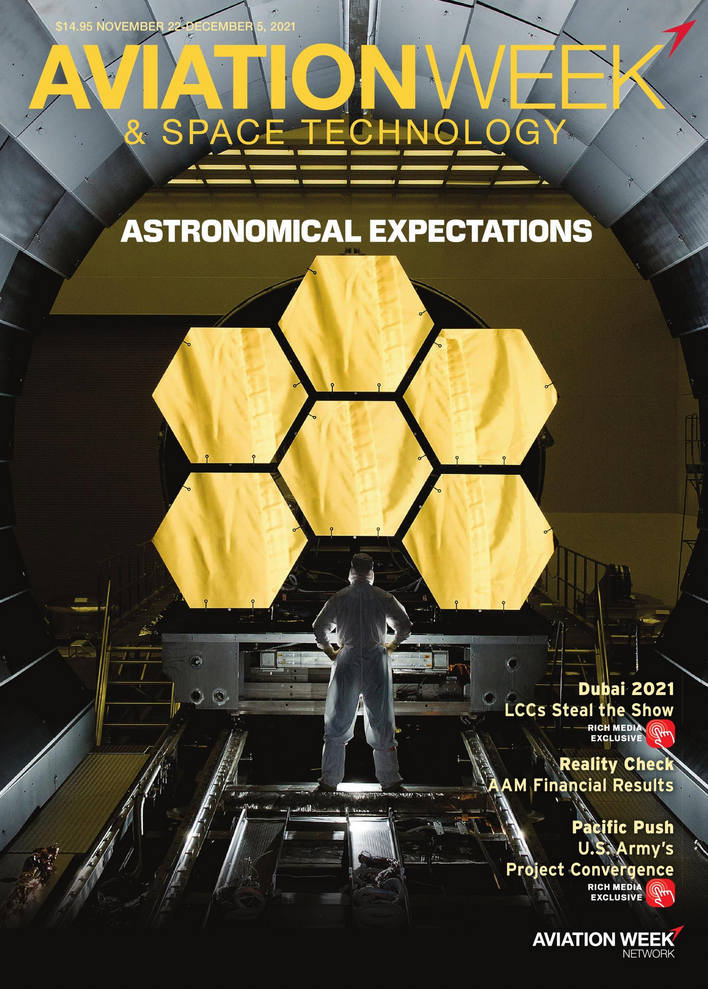 The success of the James Webb Space Telescope is riding on 10 new technologies developed for it. 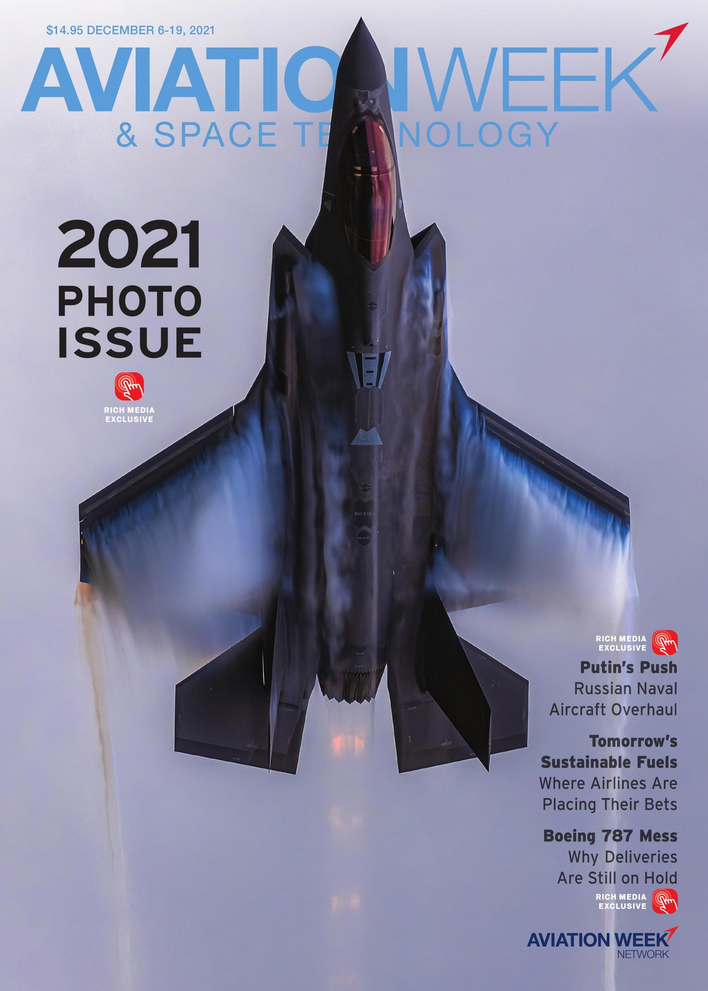 Revisit all of the Aviation Week & Space Technology covers and the cover stories from 2021. From Boeing's ecoDemonstrator to civilians in space, it was another exciting year for the industry.

Vote for your favorite 2021 cover below.