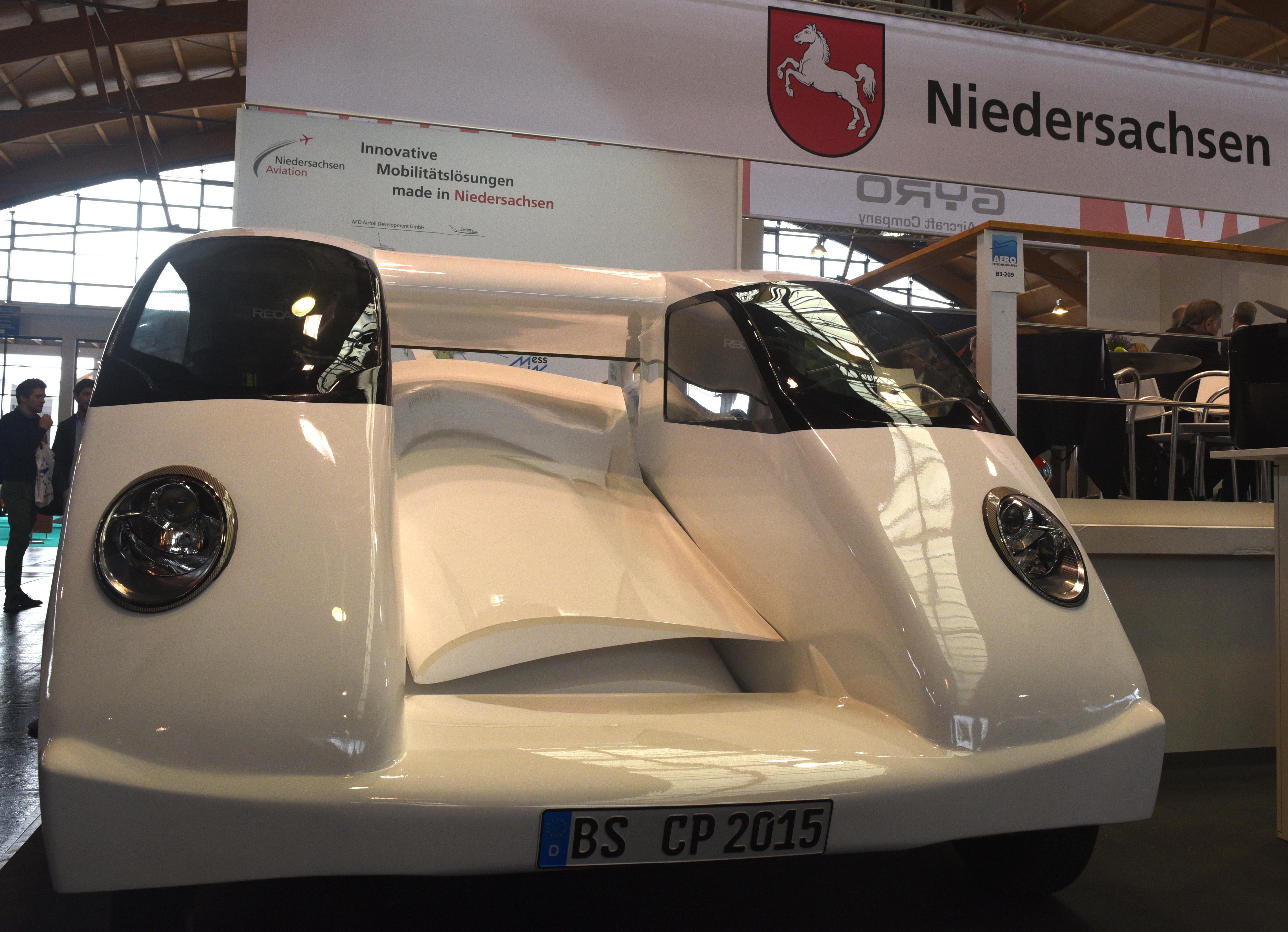 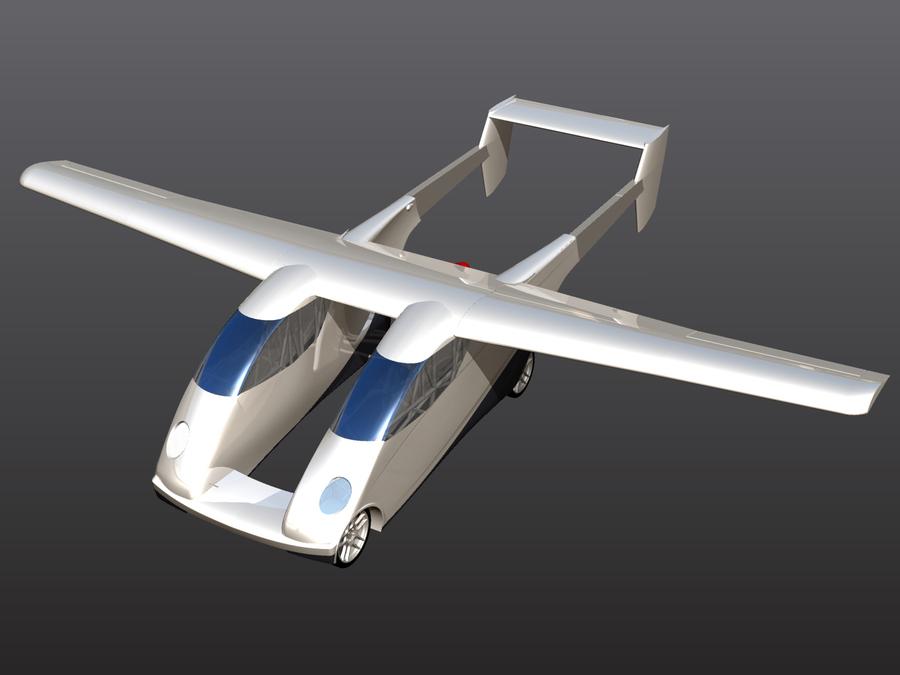 Based in Braunschweig, Germany, Carplane is developing its prototype flying car with funding support from the European Union and the German state of Lower Saxony (Niedersachsen). Credit: Carplane 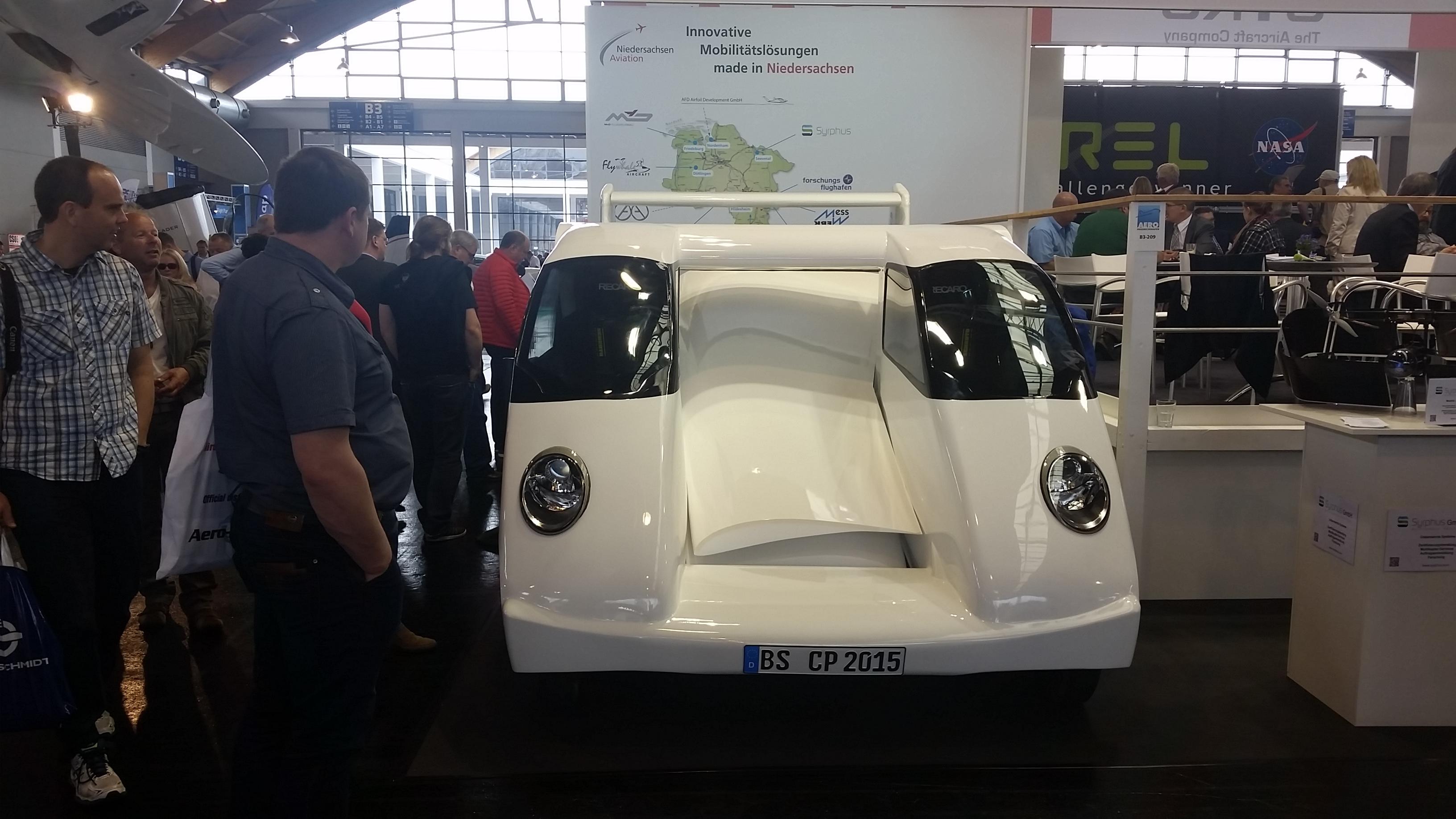 Carplane has a twin-hull configuration to make it more drivable as a car. Stowing the sailplane-style wings between the hulls prevents them generating lift, and sideforce in winds, at autobahn speeds. Credit: Carplane 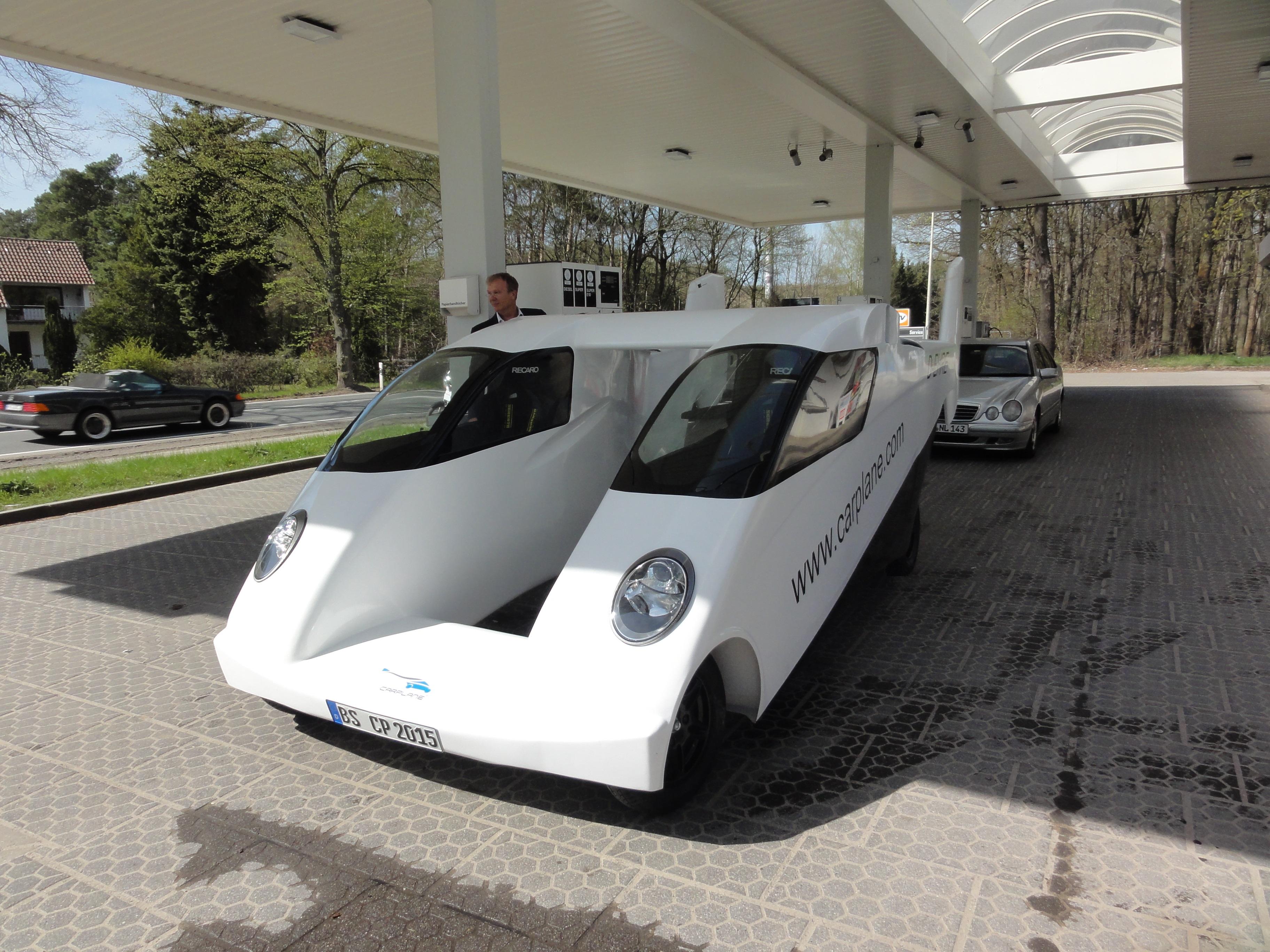 Where other flying-car designs have smaller, aircraft-style wheels to reduce drag in flight, Carplane’s twin hulls allow use of full-size car wheels for better roadholding, while minimizing drag. Credit: Carplane 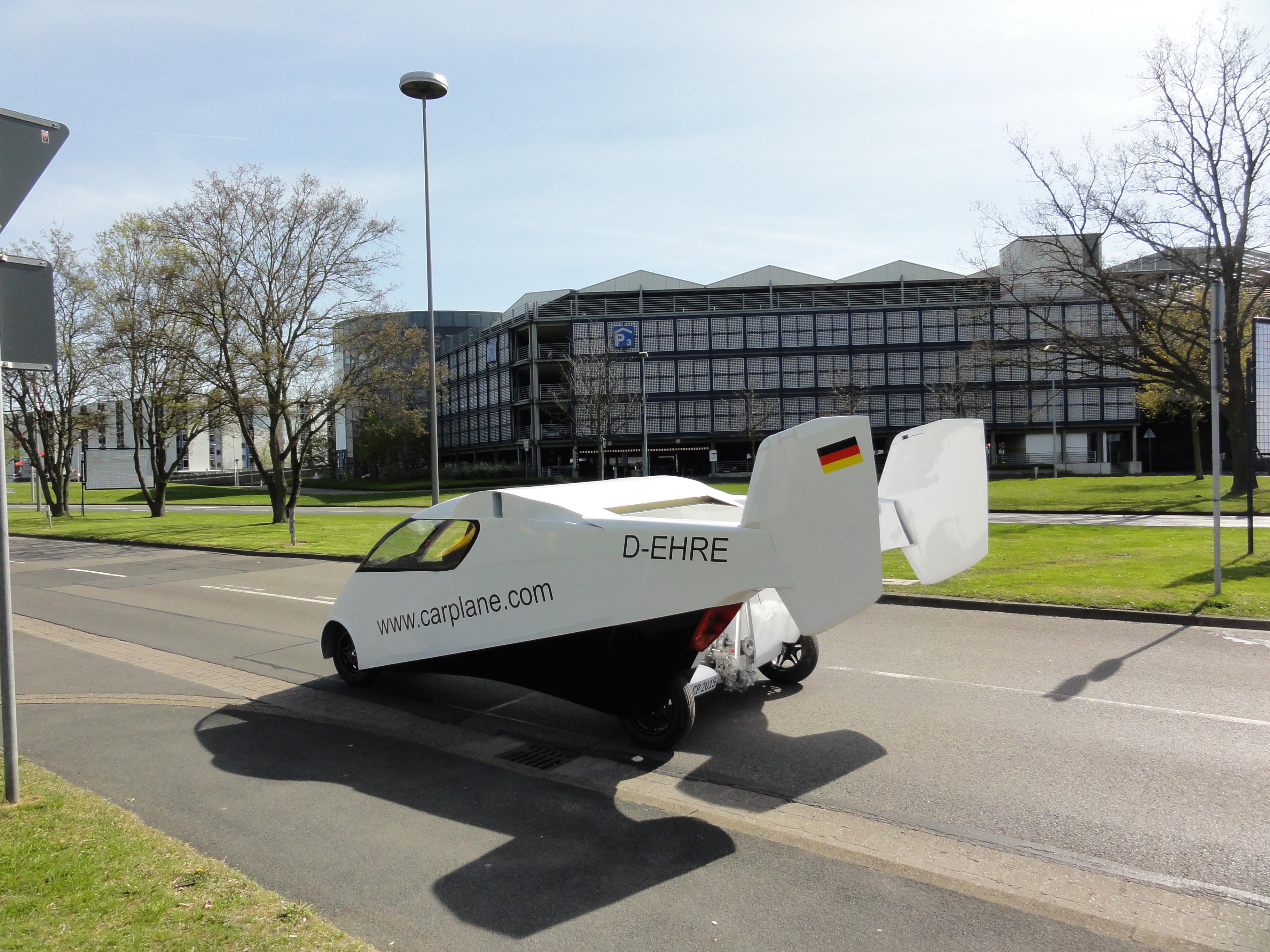 Carplane has a 151-hp piston engine and a gearbox that allows power to be directed to the drive wheels in road mode, to the pusher propeller in flight mode, and to both wheels and prop for a short takeoff. Credit: Carplane 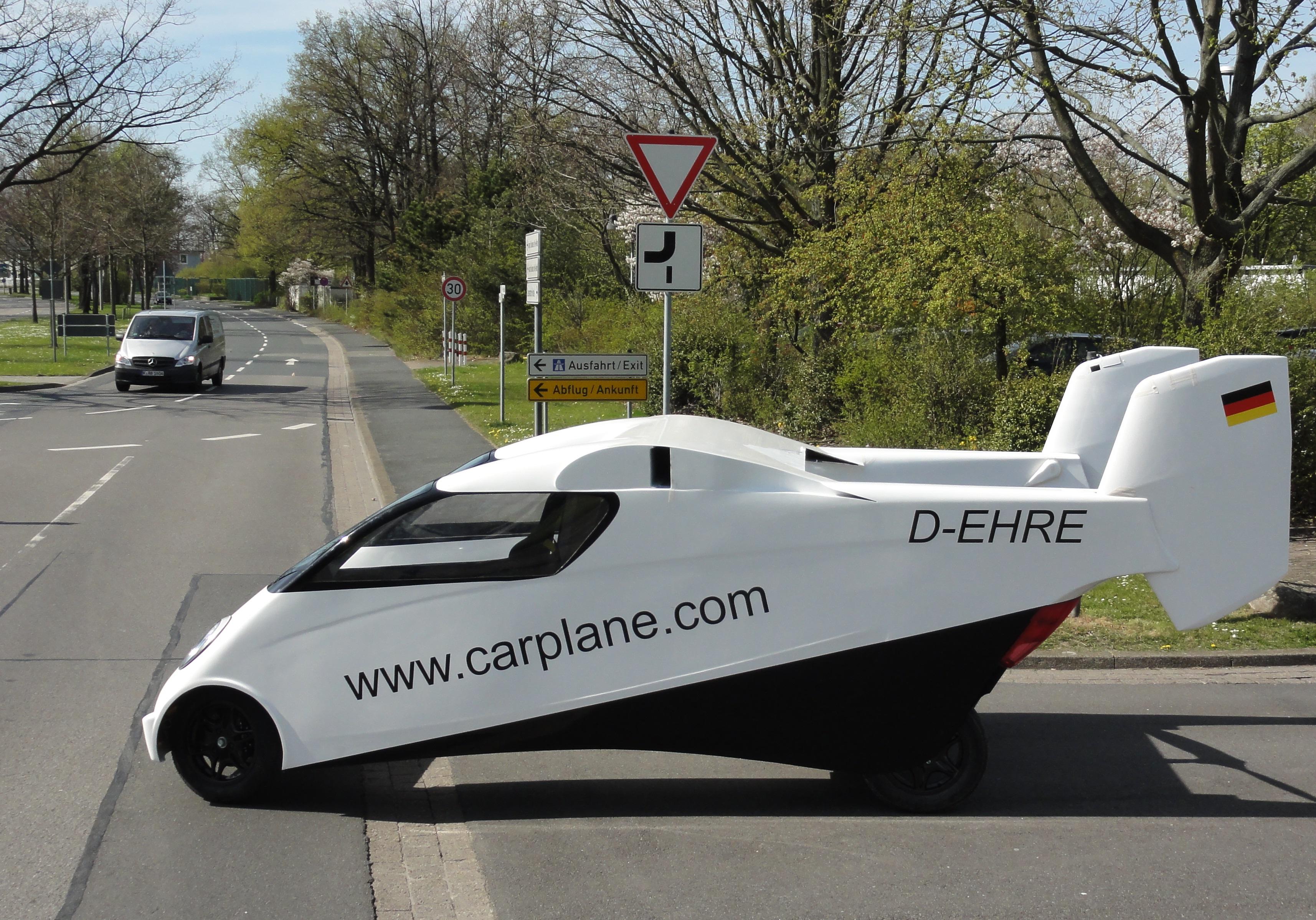 In the prototype, the wings will be removed, stowed and re-installed manually, but Carplane has designed a mechanism to enable automatic folding and unfolding of the wings in a production vehicle. Credit: Carplane 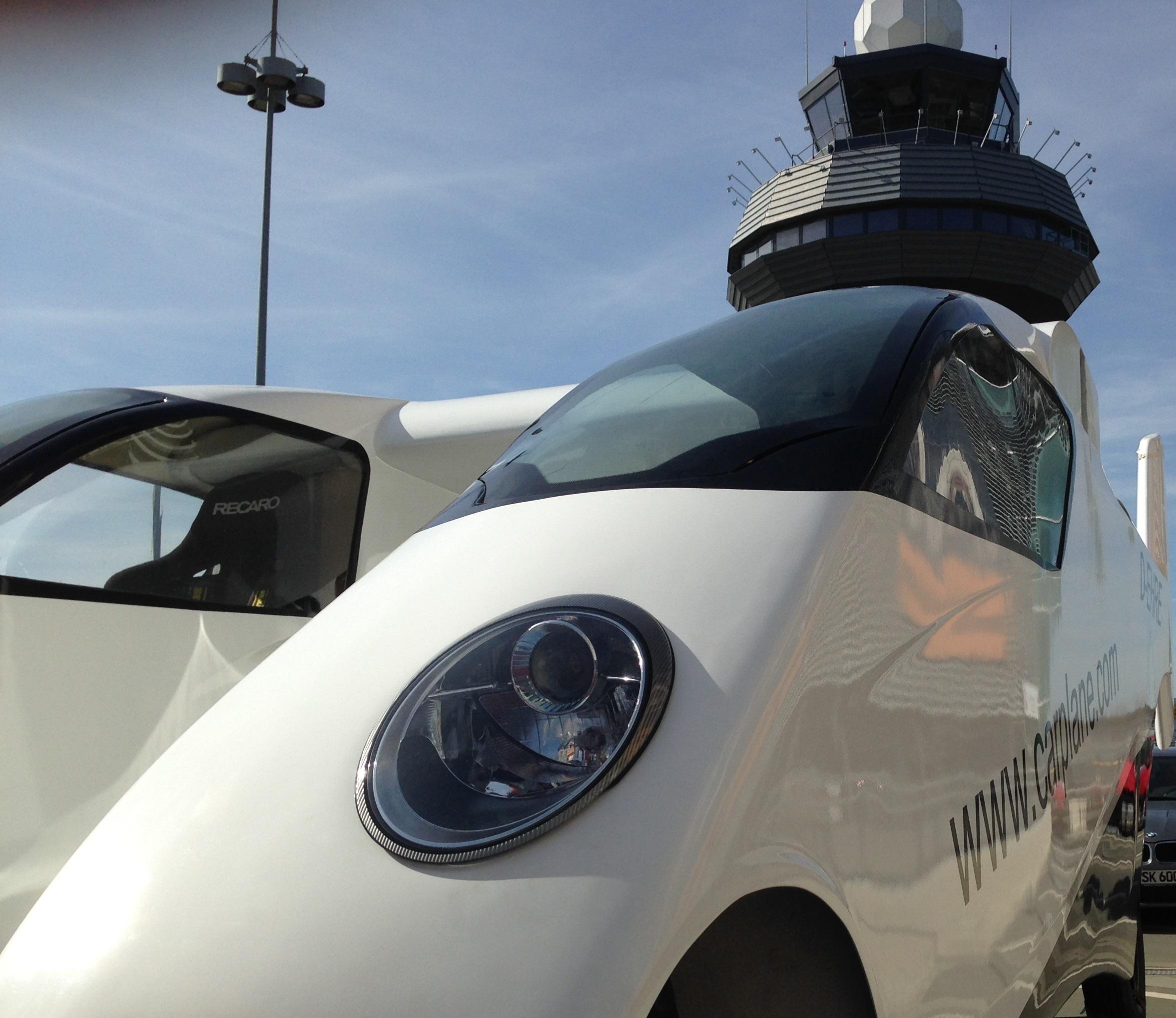 Carplane plans to certify its flying car as a very light aircraft under European Aviation Safety Agency airworthiness rules. This will require the driver to have a private pilots’ license. Credit: Carplane 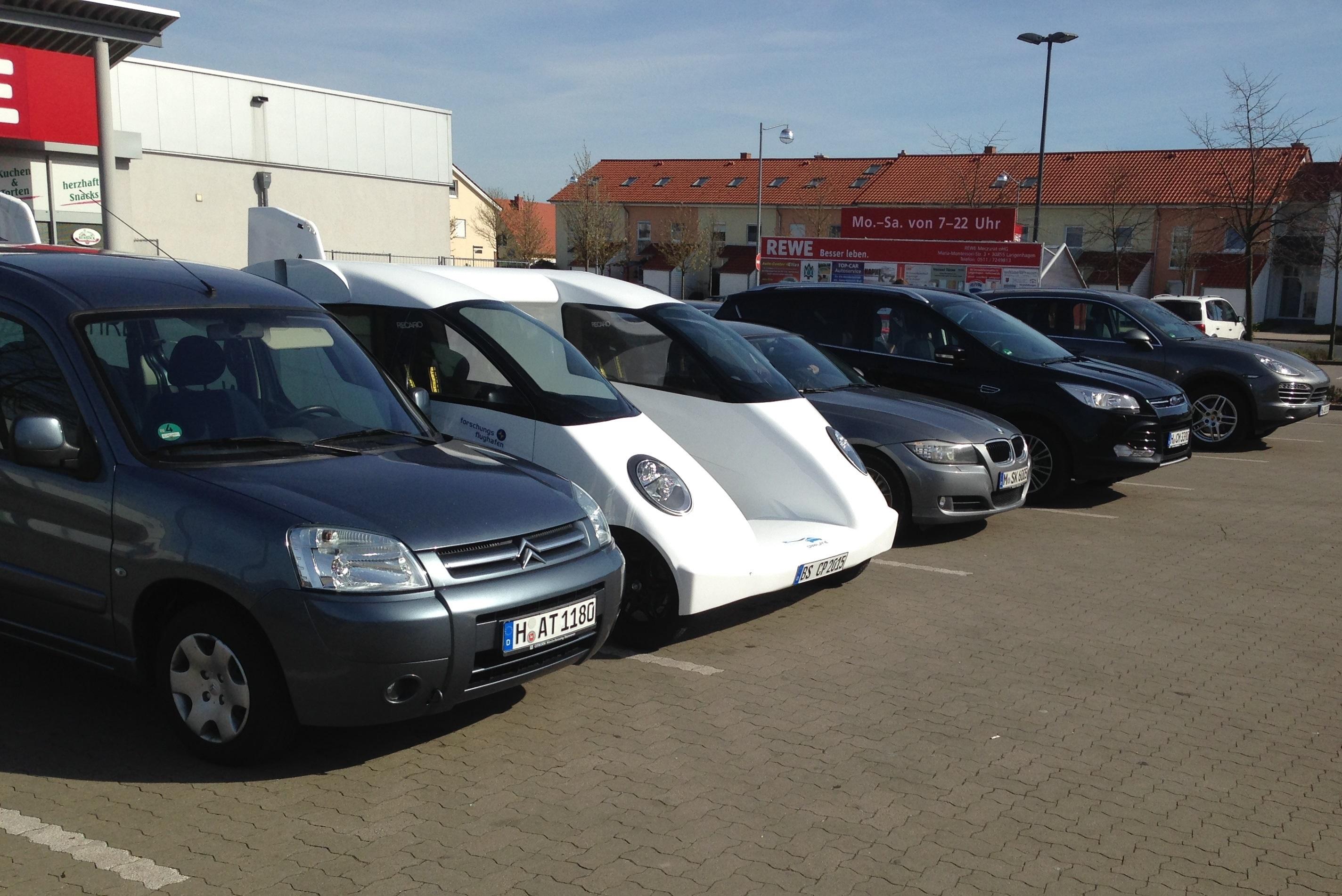 When European and state funding winds up mid-year, Carplane plans to continue on private investment, completing and flying the prototype and proceeding into certification of the production vehicle. Credit: Carplane

The need for good road performance has driven the design of Germany’s Carplane flying car, the near-complete prototype of which was unveiled at the Aero Friedrichshafen general-aviation show on April 15-18. Read more about the Carplane, A Roadable Aircraft Designed For Drivability.