NASA X-Planes That Shaped The Way We Fly—Or Could

Built for the U.S. Army Air Force and National Advisory Committee for Aeronautics (NACA)—now the U.S. Air Force and NASA—two X-1s (original XS-1s) were flown to explore transonic flight. With its streamlined fuselage, thin straight wing and rocket propulsion, the X-1 was the first aircraft to break the sound barrier, exceeding Mach 1 in October 1947. 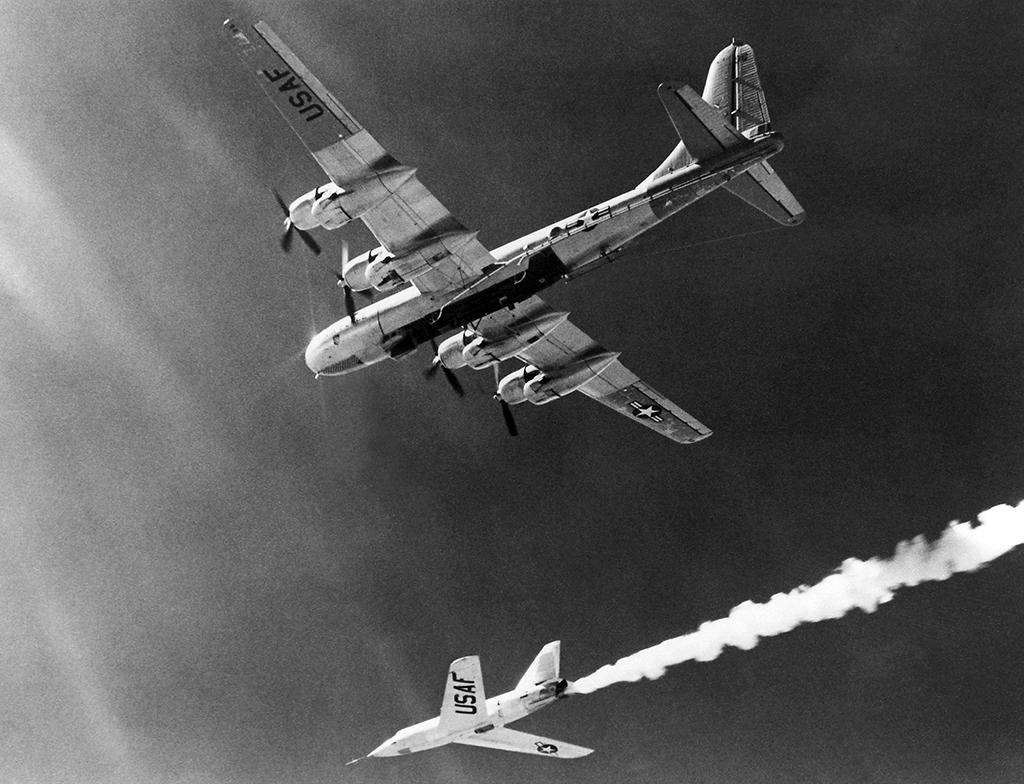 Two swept-wing X-2s were built for NACA and the U.S. Air Force to study aerodynamics, stability and control, and structural heating at high supersonic speeds and altitudes. The air-dropped, rocket-powered X-2 climbed to a record 126,200 ft. in August 1956. In September of that year, the aircraft reached just short of Mach 3.2, but crashed, killing the test pilot. 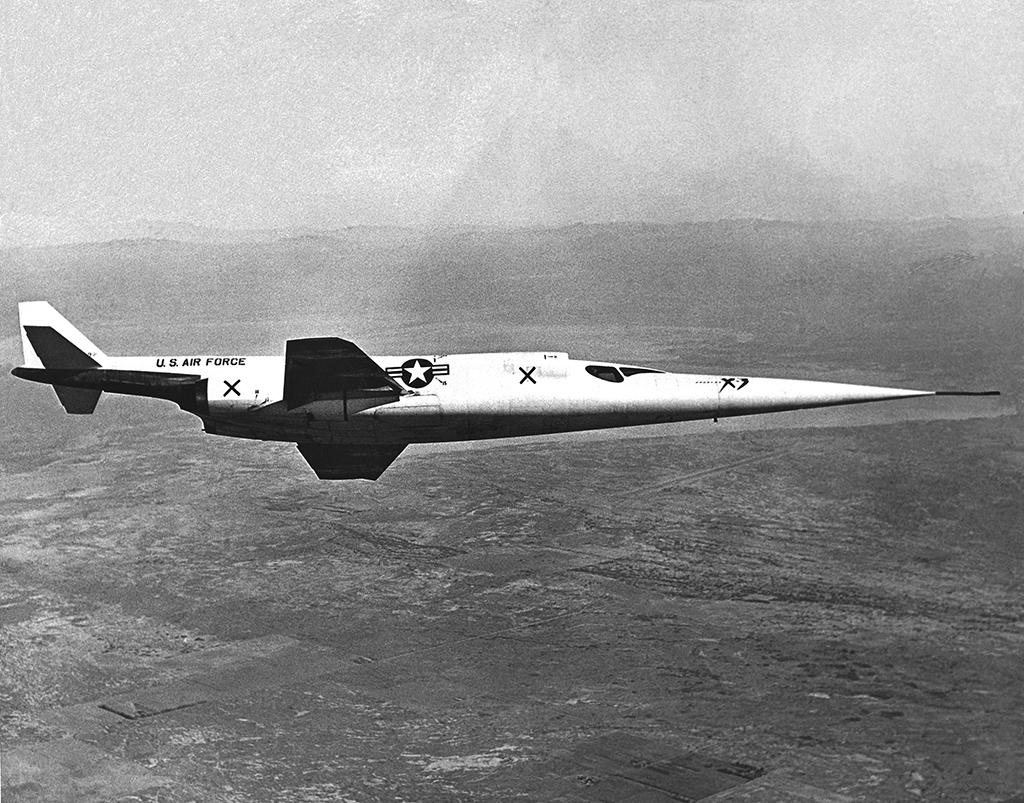 Whereas the rocket-propelled X-1 and X-2 were dropped from a B-29 mothership, the turbojet-powered X-3 was designed to accelerate under its own power from a runway takeoff to a Mach 2 cruise. But the sole aircraft built was underpowered and did not achieve its goals, barely exceeding Mach 1.2 in a dive. The X-3 did demonstrate low-aspect-ratio wings and titanium structures. 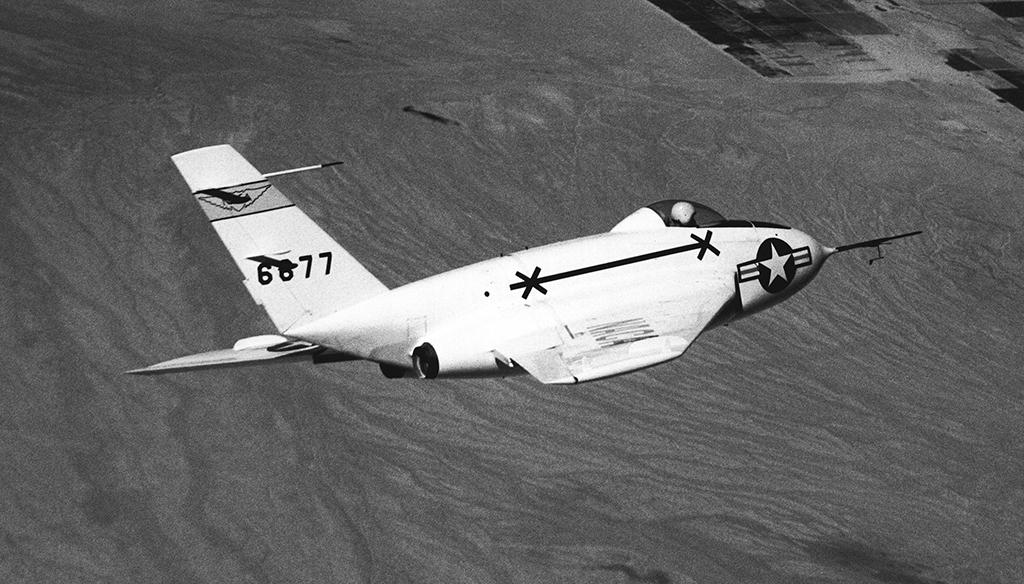 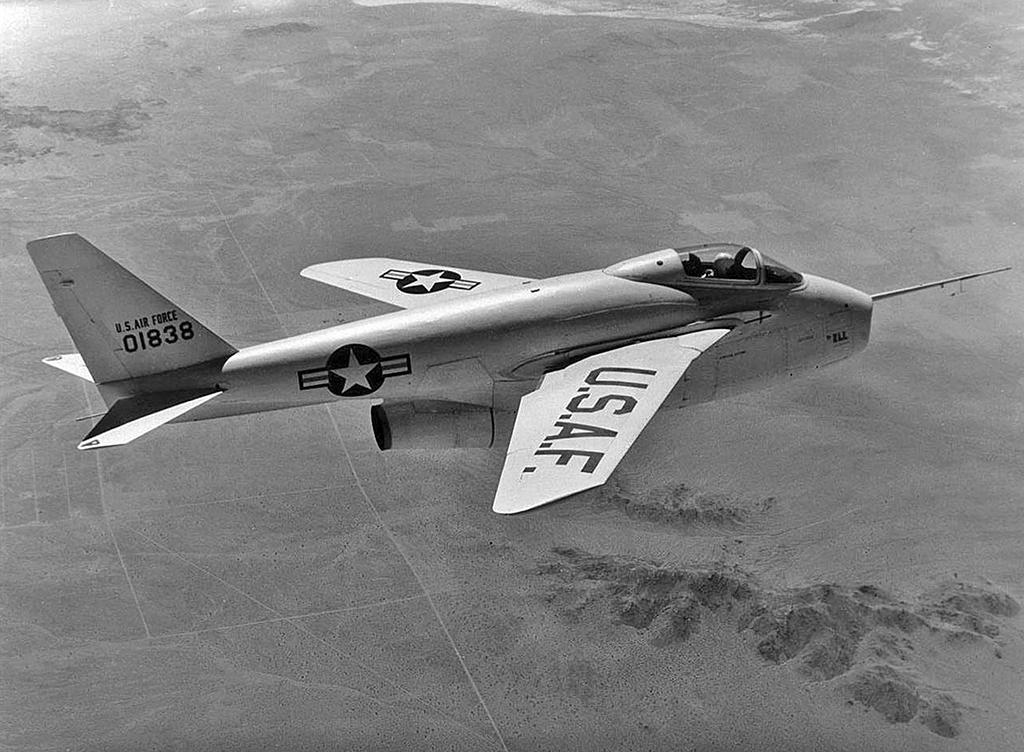 Two X-5s were built for the U.S. Air Force and NACA to test the variable-geometry wing, where sweep is reduced to increased lift for takeoff and landing, and increased to reduce drag at high speed. The aircraft was based on the incomplete Messerschmitt P.1101 fighter prototype found in Germany at the end of World War II, but modified so that wing sweep could be varied in flight. 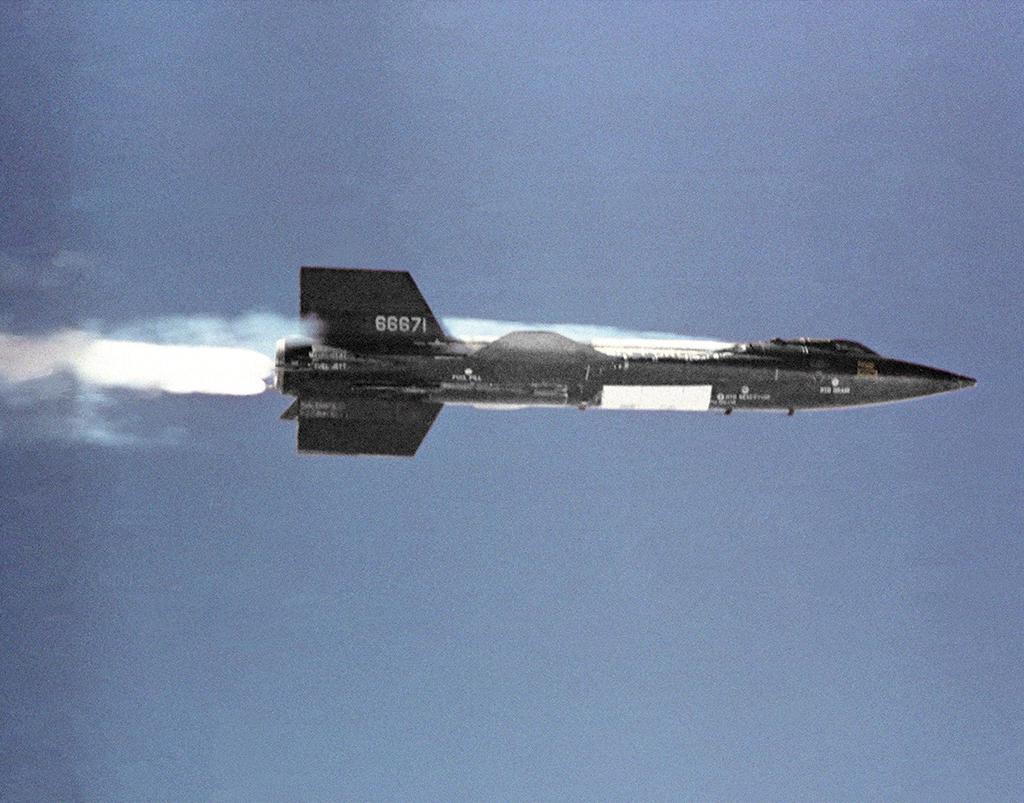 The X-15 was a joint program involving NASA, the U.S. Air Force and Navy, and North American Aircraft to investigate piloted hypersonic flight. Air-dropped from a B-52 and rocket-powered, the X-15 reached a record speed of Mach 6.7 and altitude of 354,200 ft. over a nine-year, 199-flight-test program involving three aircraft. 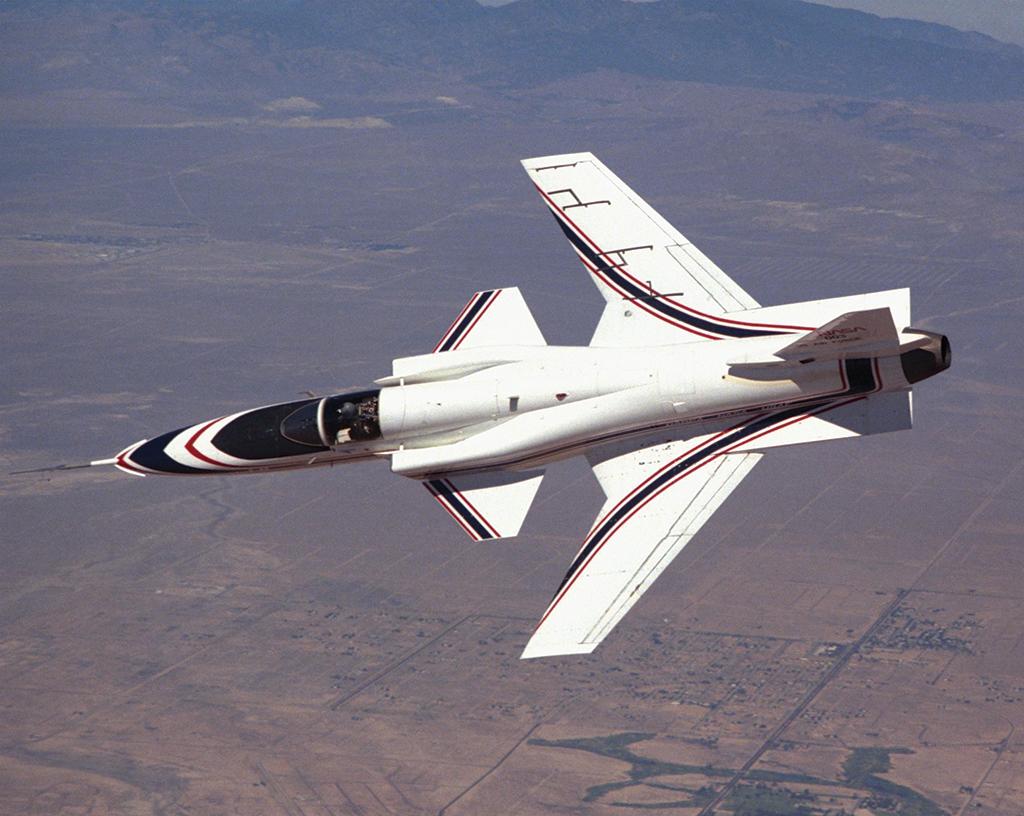 Two X-29s were built for DARPA, the U.S. Air Force Research Laboratory (AFRL) and NASA to demonstrate the agility and supersonic performance of a fighter configuration with forward-swept wing and canard foreplane. At high angles of attack, the tips of a forward-swept wing do not stall, allowing greater maneuverability. The highly unstable X-29 also demonstrated advanced triplex digital flight controls and aeroelastic tailoring of the composite wing to prevent structural divergence due to twisting. 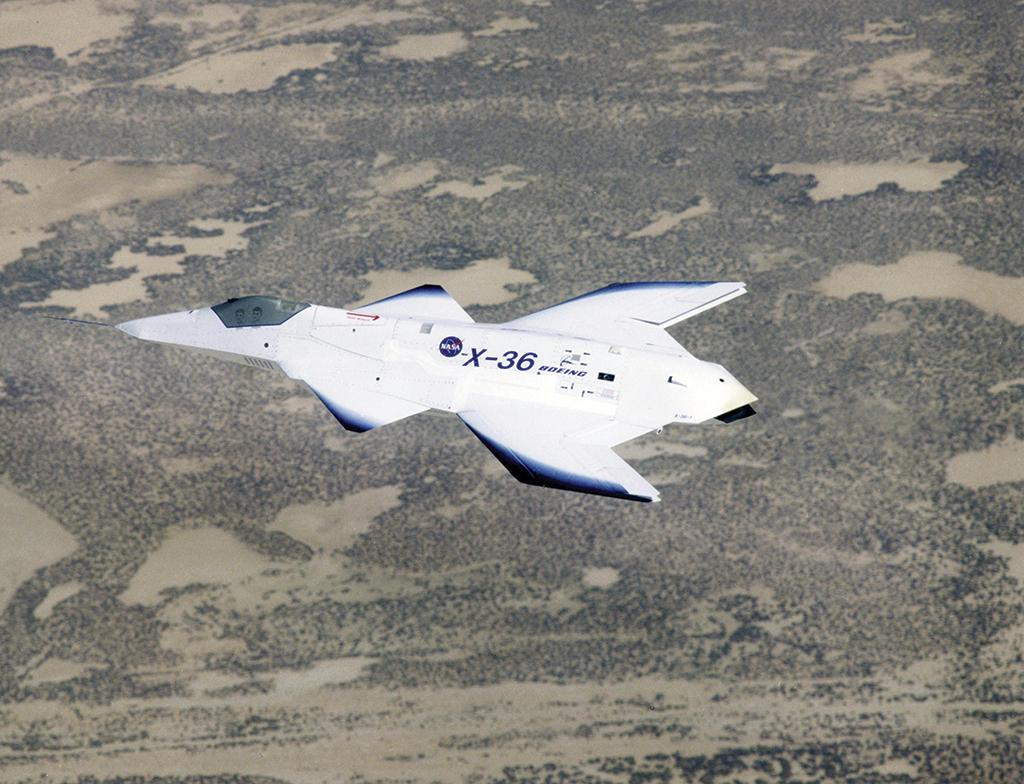 The X-36 was a subscale unmanned aircraft built for AFRL and NASA to demonstrate technologies to improve the maneuverability and survivability of a fighter by eliminating the conventional tail and instead using a canard foreplane, thrust-vectoring nozzle and an advanced control system to produce a stealthy, but agile configuration. 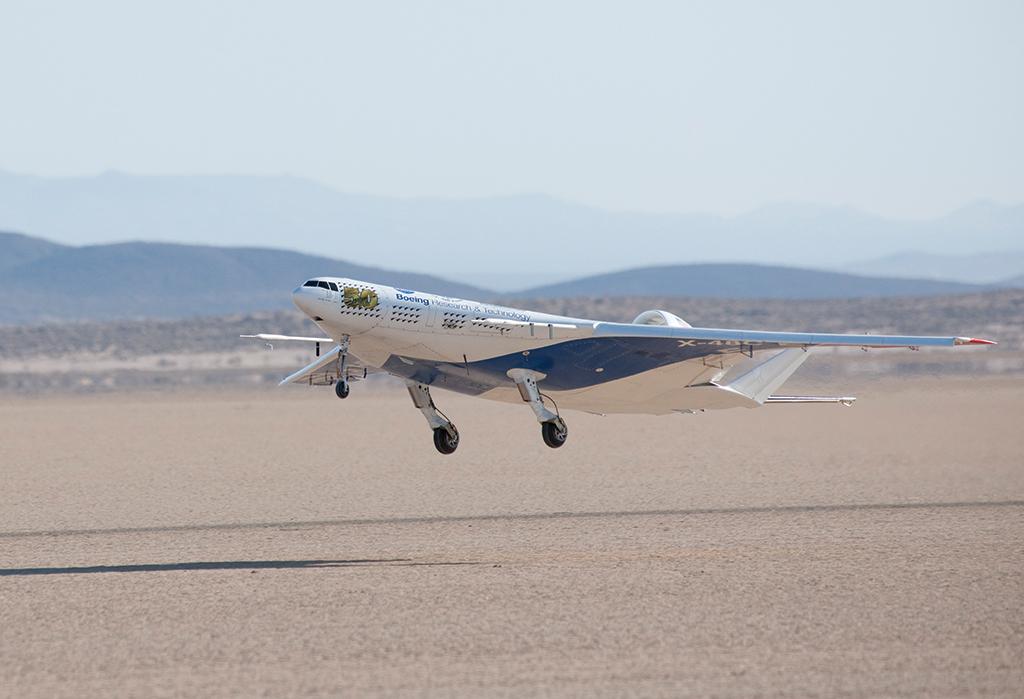 The X-48 was a subscale remotely piloted aircraft built for NASA to investigate the low-speed stability and control of a blended wing-body transport. After 92 flights in the original X-48B configuration with wingtip vertical tails and three small jet engines, the aircraft completed 30 flights as the X-48C, with the vertical tails moved inboard and beavertail extended to shield noise from two larger engines. 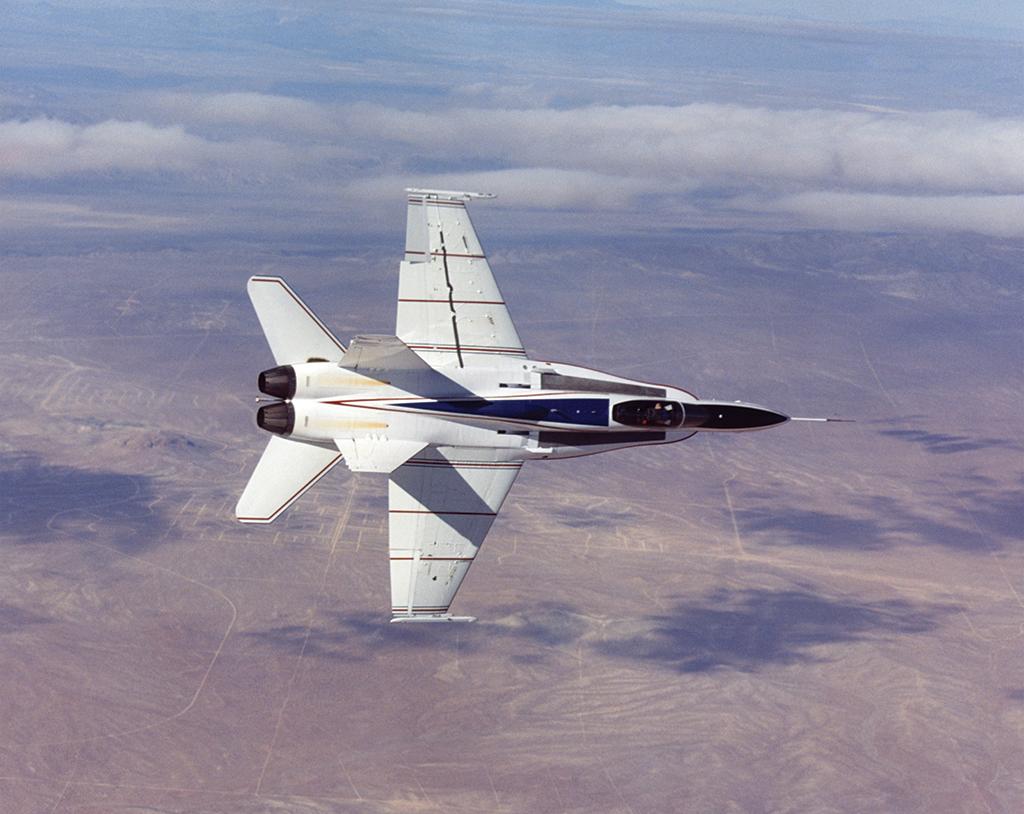 The X-53 was a preproduction F/A-18A that was modified by Boeing’s Phantom Works for AFRL and NASA to demonstrate an active, aeroelastic wing. Leading- and trailing-edge control surfaces were used to twist the flexible wing and provide roll control at high speed with reduced drag and loads on the airframe. 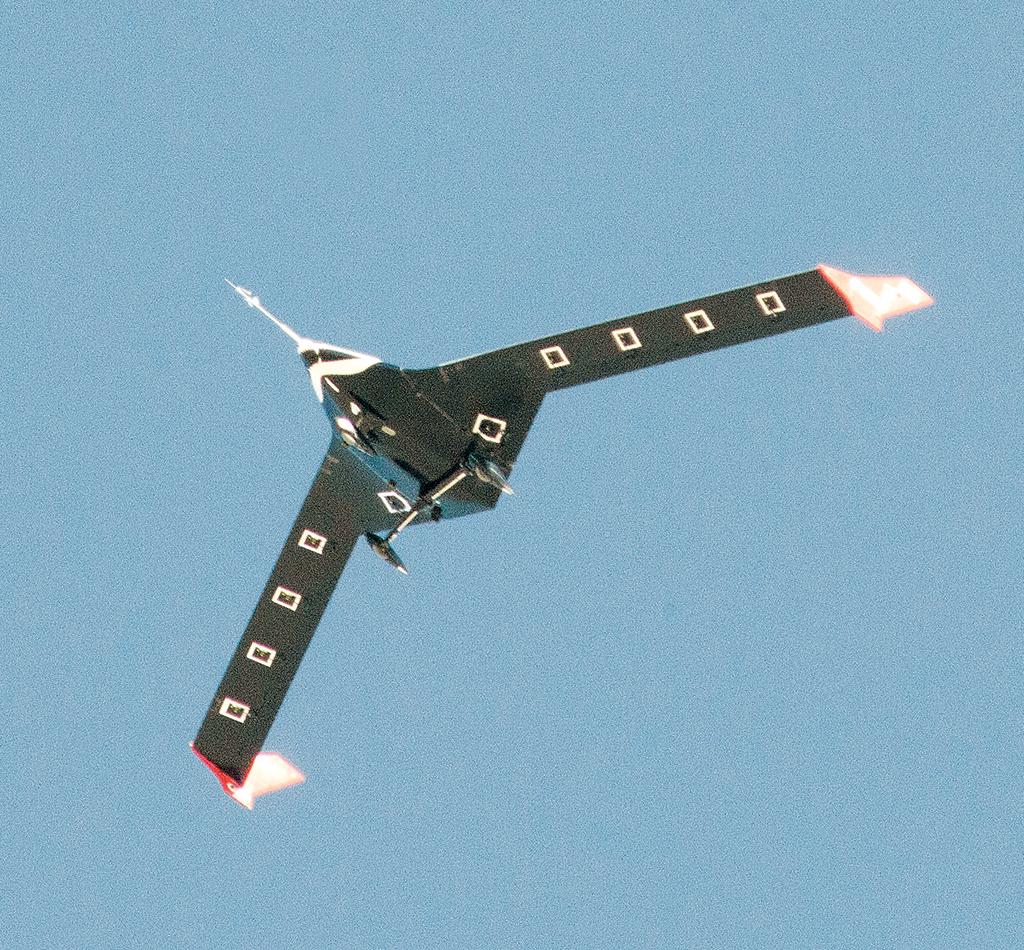 Two X-56s were built by Lockheed Martin Skunk Works for AFRL to demonstrate active suppression of flutter and enable longer-span, lower-drag, more-flexible wings. After several flights with a stiff wing, the first X-56 crashed in 2015 on takeoff for its first flexible-wing flight. The second X-56 was transferred to NASA, where it is being prepared for its first flexible-wing flight after a series of stiff-wing tests. 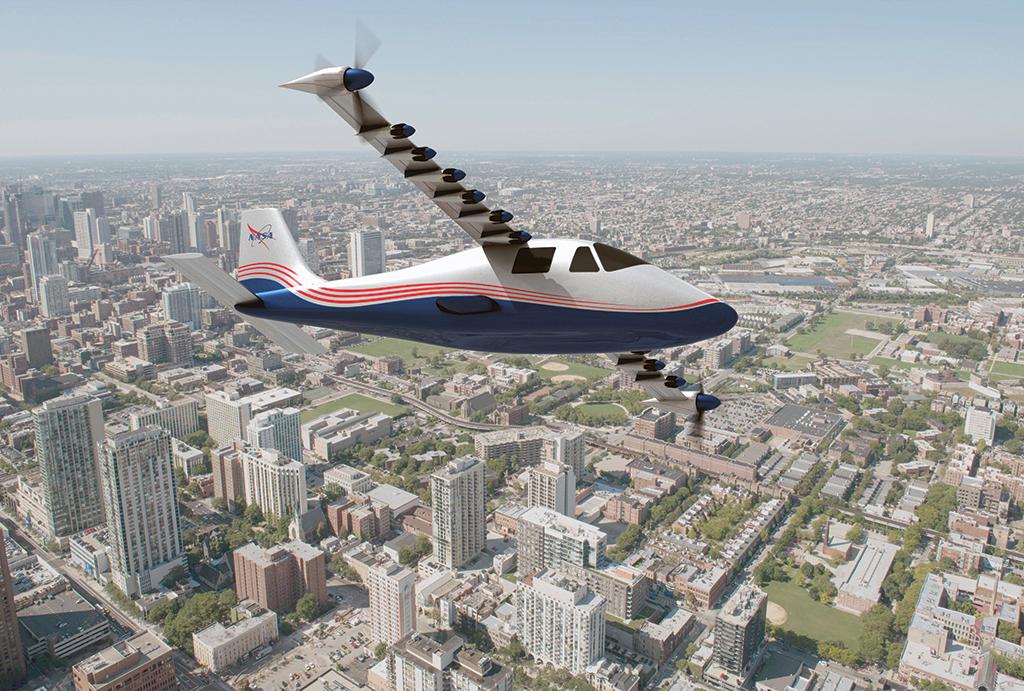 The X-57 is a Tecnam P2006T general-aviation aircraft modified to demonstrate energy savings from electric propulsion. The aircraft will fly first with electric motors replacing its twin piston engines. Then a new smaller wing with the cruise motors at the wingtips will be flown. Finally 12 smaller leading-edge motors with folding props will be added to augment low-speed lift and reduce stall speed.

Over the past 60 years, NASA has been involved in several X-plane experimental aircraft programs that have demonstrated technologies that changed the way aircraft are designed, such as supersonic flight and swept wings—as well as some that could yet change the way aircraft look, including flexible wings and electric propulsion. We take a look at NASA’s X-planes and their contributions. See more on NASA's current New Aviation Horizons initiative to build a series of large-scale X-planes over 10 years to demonstrate technologies for future ultra-efficient subsonic transports: