How have emerging technologies transformed the aftermarket, and where is there still room for improvement?

The digitalization of the aviation aftermarket is likely to be a never-ending process. As new technologies enter the sector, new methods are needed to capture, analyze and integrate their data.

Just a decade ago, digitalization for a technical department meant little more than choosing the right MRO software, but nowadays a host of new functions—from predictive analytics to additive manufacturing to robotic automation—require their own digital solutions, while the pace of technological change suggests this will remain the case.

Digitalization benefits the aftermarket on several levels. A maintenance provider, for example, might generate new sales through a predictive analytics-based product, boost productivity via the application of artificial intelligence and automated inspection and repair processes, and streamline its logistics and supplier relationships through distributed ledger technology like blockchain.

Yet progress across the aftermarket is uneven. At one end, increasing numbers of sensors in aircraft and engines have allowed the creation of powerful predictive maintenance algorithms. At the other are huge stacks of ring-binders containing often incomplete or poorly organized parts records—a reminder of a paper-heavy past that still does much to frustrate asset mobility within the industry. 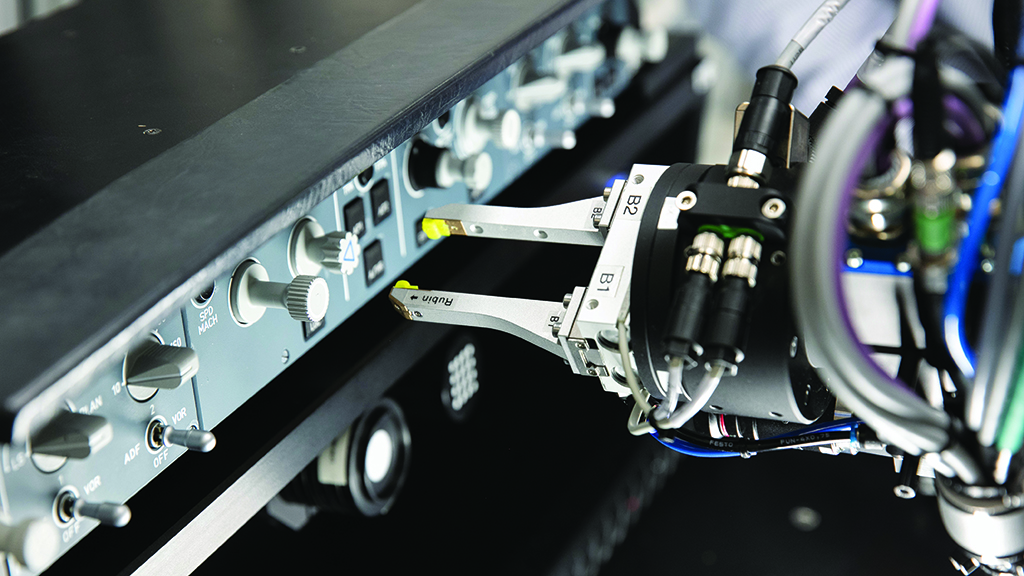 This mix of high and low technology makes it difficult to assess the progress of digitalization, while comparisons with other industries are often spurious given the rigorous safety oversight and different dynamics of aviation. For instance, levels of automation in aircraft manufacturing are often compared unfavorably with the “more advanced” automotive sector, even though the volumes, certification standards and development cycles are very different.

“The No. 1 aim of the industry is to build safe planes and . . . even if you only want to change a production process, you need to get that certified—and for good reason,” notes Holger Lipowsky, a partner at Roland Berger and a member of the consultancy’s aerospace and defense core group. “This is why the entire system is very stable and very safe, but it also makes it very rigid,” he explains.

Roland Berger estimates that within the next decade the share of work performed by robots in aerostructures manufacturing roughly will double from its present level of 30%. However, Lipowsky is less optimistic about the prospects for automation within MRO, which he thinks still will be mostly reliant on touch labor even in another 10 years.

That said, Lipowsky acknowledges that rates of MRO automation will creep up, while other technologies such as additive manufacturing, data analytics and augmented reality are likely to make digitalization a must for any company that wants to operate effectively in the modern maintenance arena. He also observes that this will require more standardization, both in terms of the systems used and the way data is presented.

“If every single operator, MRO and OEM tries to have its own system, suppliers will be in the middle of the chaos,” he warns. “What would be useful is some kind of standard that at least defines which elements need to be tracked in which form—then we go down to the nitty-gritty definitions, like which number form to use.”

The uneven progress toward digital transformation is reflected not just in the technologies available, but also in different companies’ appetites for change. One might expect smaller aftermarket businesses to digitalize faster, given the lower complexity of doing so, but within MRO it is often the big organizations that take the lead with new technologies. This happens for three reasons: First, they have more IT specialists to throw at digitalization; second, they often have more resources to invest; and, third, the productivity benefits of digitalization are more evident at scale.

“If you are small, you can be fast; if you are big, it becomes more powerful,” says Henning Krueger, head of information management for Lufthansa Technik (LHT). 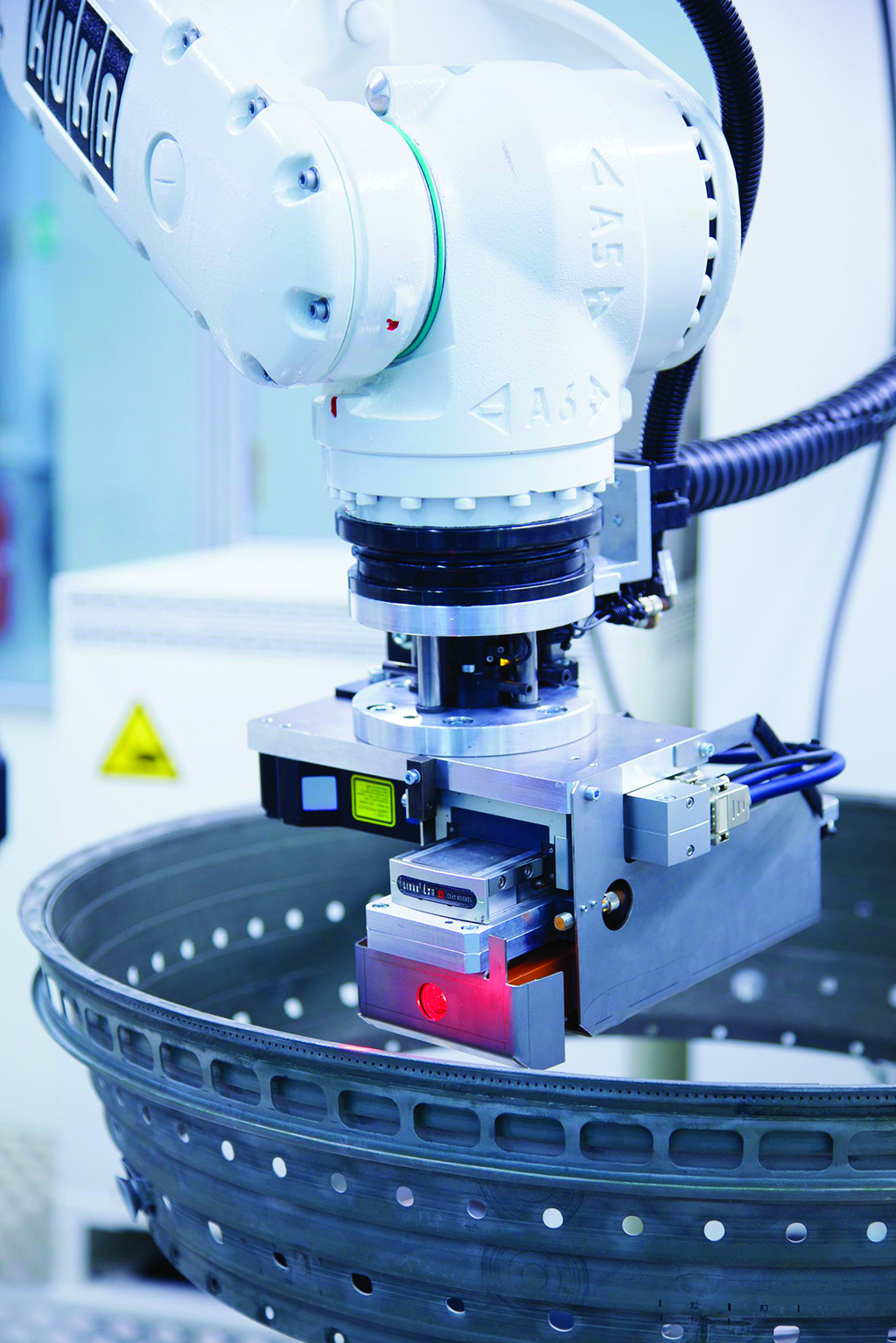 To import some of the nimbleness of smaller businesses, LHT hosts boost camps where employees can meet to discuss and pitch ideas for improvements, with the best receiving investment from the company. “We can invest into a large number of those use cases and then we look at which survive and which can scale up and create a significant cost benefit for us,” says Krueger.

Nonetheless, new technological hardware comes with its own technology stacks, which create complexity when large organizations seek to integrate their digital worlds. LHT has close to 1,000 machines that can be connected to its internal internet, but these numerous different inputs create big headaches for legacy software systems.

“What we have today is a shadow of the past: large integrated solutions. When you now talk about digitization, we have to support all of those small speedboats, which do not integrate into one big system. So we really need to transform our IT systems into a digital landscape, and that is a really significant piece of work,” says Krueger.

A large part of this work involves a migration from legacy systems into the cloud with modern technologies, where variance in programming languages becomes less of an obstacle. Krueger also notes this migration is far more important to overall integration than the capabilities of the original legacy software that an MRO uses.

Although the fortunes of bitcoin have swung wildly, its underlying distributed ledger technology—the blockchain—has attracted interest from many industries, with the aviation aftermarket one good example.

A shared ledger that offers users a complete, time-stamped record of transactions and processes has obvious application to the life cycle and maintenance records of aviation parts. For example, GE Aviation Digital has teamed up with Microsoft Azure to develop a blockchain to track parts in GE engines, with the goal of improving traceability and record-keeping.

If blockchain won widespread acceptance in MRO, it would clearly be a big step for digitalization, although it is not yet certain whether this will happen. LHT, for example, is reserving judgment on the technology, with Krueger noting that “we are constantly observing the potentials but have not yet found a good case to scale.”

Two of the real problems with blockchain are that verification of transactions or events is slow, and the technology itself is costly in terms of power usage. These could be mitigated with much smaller, private networks than bitcoin employs, but that would also negate some of the transparency benefits of a widely distributed ledger.

And while GE Aviation is pursuing blockchain solutions nonetheless, these efforts might be partly motivated by a desire to bind customers closer to the OEM.

There is another key obstacle to the adoption of blockchain within the aftermarket: the right to see and use data. Digitalization presents opportunities for top-line growth through analytics platforms such as Airbus’ Skywise and LHT’s Aviatar, and companies are accordingly reluctant to share performance and maintenance data on open ledgers.

“I like blockchain technology . . . because it takes that topic off the table about who owns the data because it is owned by everybody,” says Lipowsky. “Obviously, though, there is an interest of different players to keep the records and data on their servers, and as long as this topic isn’t defined by regulation, companies will fight for advantage by having more data, more direct access to data or better analytical algorithms and so on.”

One technology that already has proved its value is artificial intelligence and its application to the analysis of the ballooning volumes of data streaming off aircraft and engine sensors. It is also digitalization in its purest and most literal form, as represented by the virtual engines—or digital twins—created to improve life-cycle management and predictive maintenance.

“I think of it as the accumulation of all the parts records in just one massive model which replicates the physical engine, and this is where especially engine OEMs are pretty advanced,” comments Lipowsky.

Krueger concurs, noting that “MRO is good with prediction because we have a lot of great engineers, and we have collected data in the past few decades about a large number of parts.”

However, there is still considerable work to be done. Plenty of sensor and maintenance information still goes unanalyzed, and there will always be smarter ways to combine data points. Furthermore, there is still a mass of data confined to paper or—not much better—a PDF format.

“There is a lot of good data out there, but the combination of those datasets to make really good predictors is something we still need to go forward with,” says Krueger. “The challenge is that some measurements are still on paper, so large investments are going into the digitization of the whole production chain.”

Some of the common comparisons between digitalization in aviation and in other industries are unfair. Nonetheless, there are always lessons to be learned, and it is common to see large aerospace companies hire technology talent from outside the industry.

Krueger himself has a background in technology consulting and utilities—a sector that has been transformed by digitalization.

“In MRO, we have a large focus on the asset and not on the customer. Ten years ago in the utilities sector it was the same, [but] there has been a significant switch where the center of everything is the customer,” he says.

The journey toward better customer engagement across the whole maintenance process can only be achieved via digital platforms, says Krueger, who also argues that digitalization will “drive down the scale at which automation makes sense.”

“That makes it even easier to apply predictive maintenance and to optimize the supply chain for spare parts . . . . So this could be an example for the aerospace industry to look to for best practices,” he says.

How aviation’s digital future will be shaped by the experience of other sectors remains to be seen, although we can expect the industry’s unique dynamics to create a distinct amalgamation of data inputs in the years ahead.