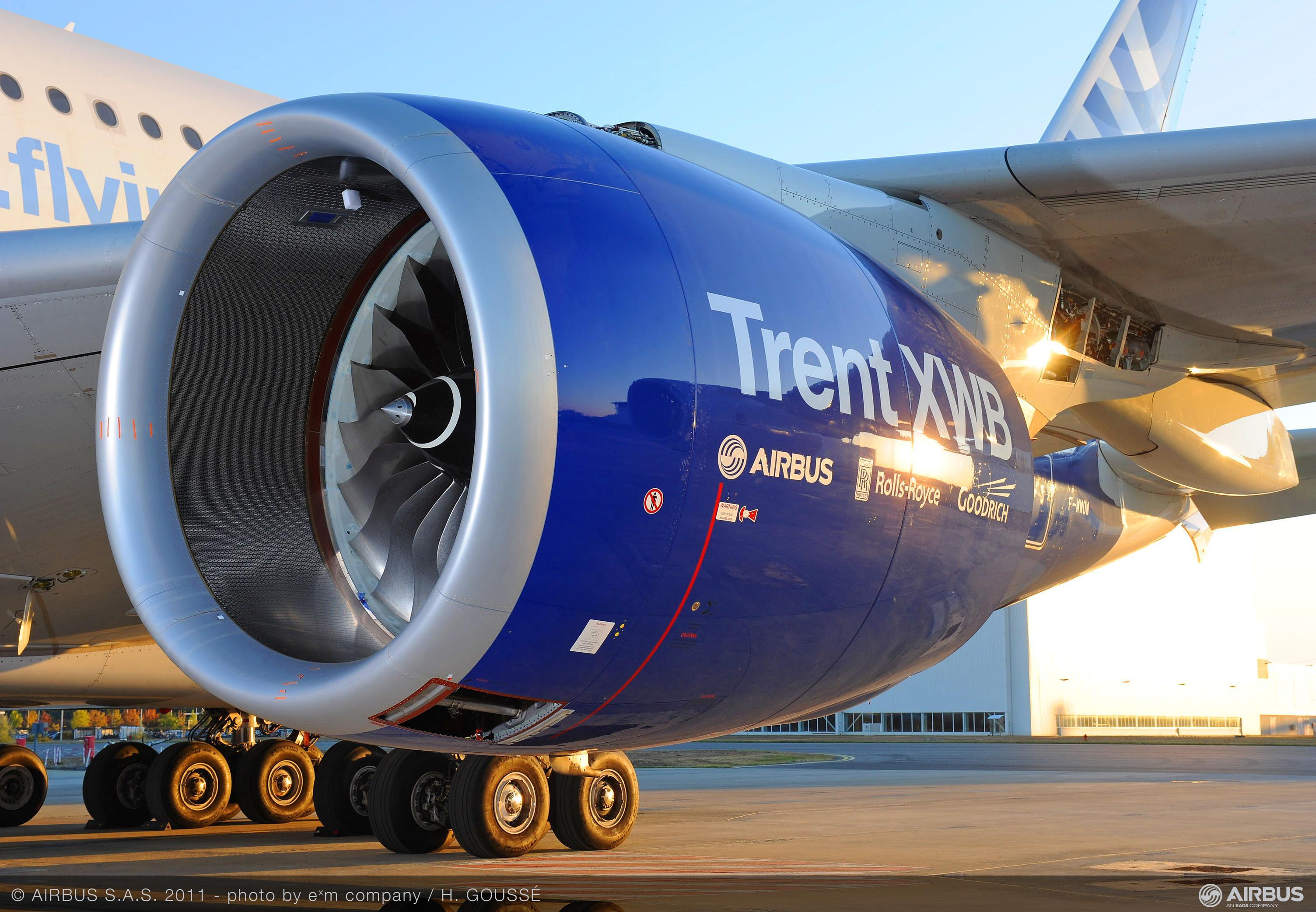 The engine sucks in up to 1.3 tons of air every second at takeoff, which is the the equivalent of a squash court-size amount of air. 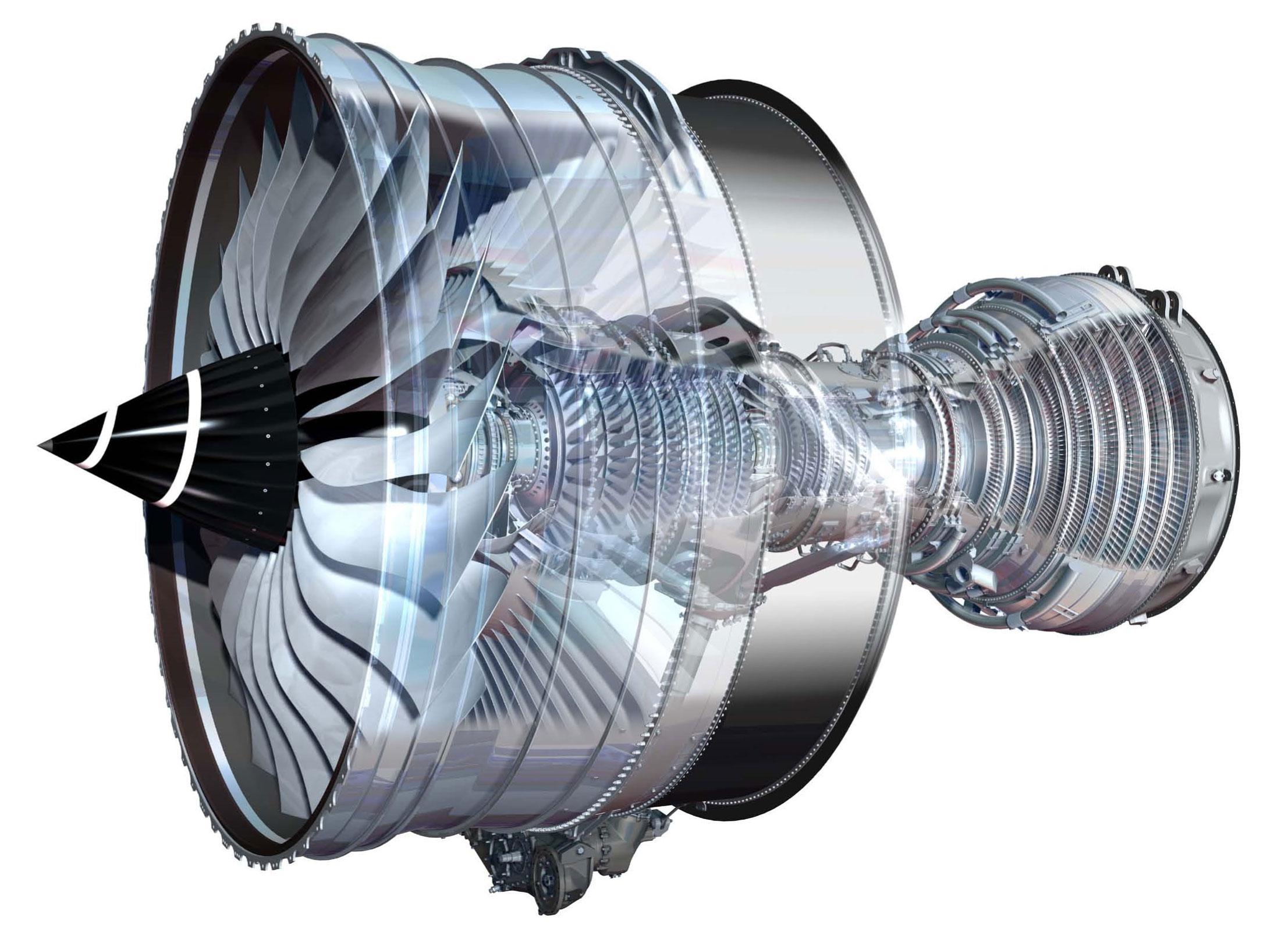 The force on a fan blade at takeoff is equivalent to a load of almost 90 tons, the same as nine London buses hanging off each blade. 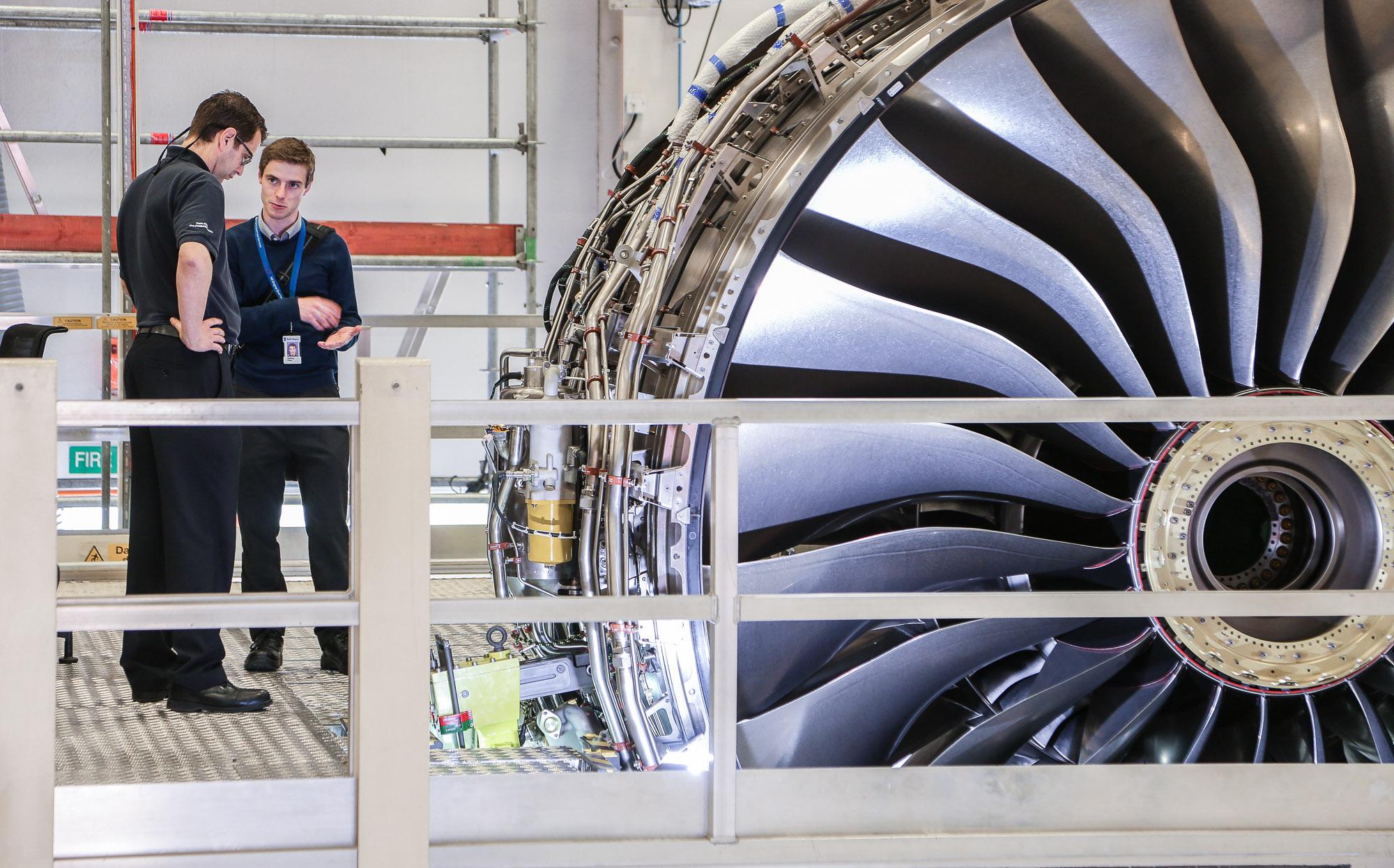 The front fan of the Trent XWB is nearly 10 ft. across – making its diameter larger than the fuselage of Concorde. 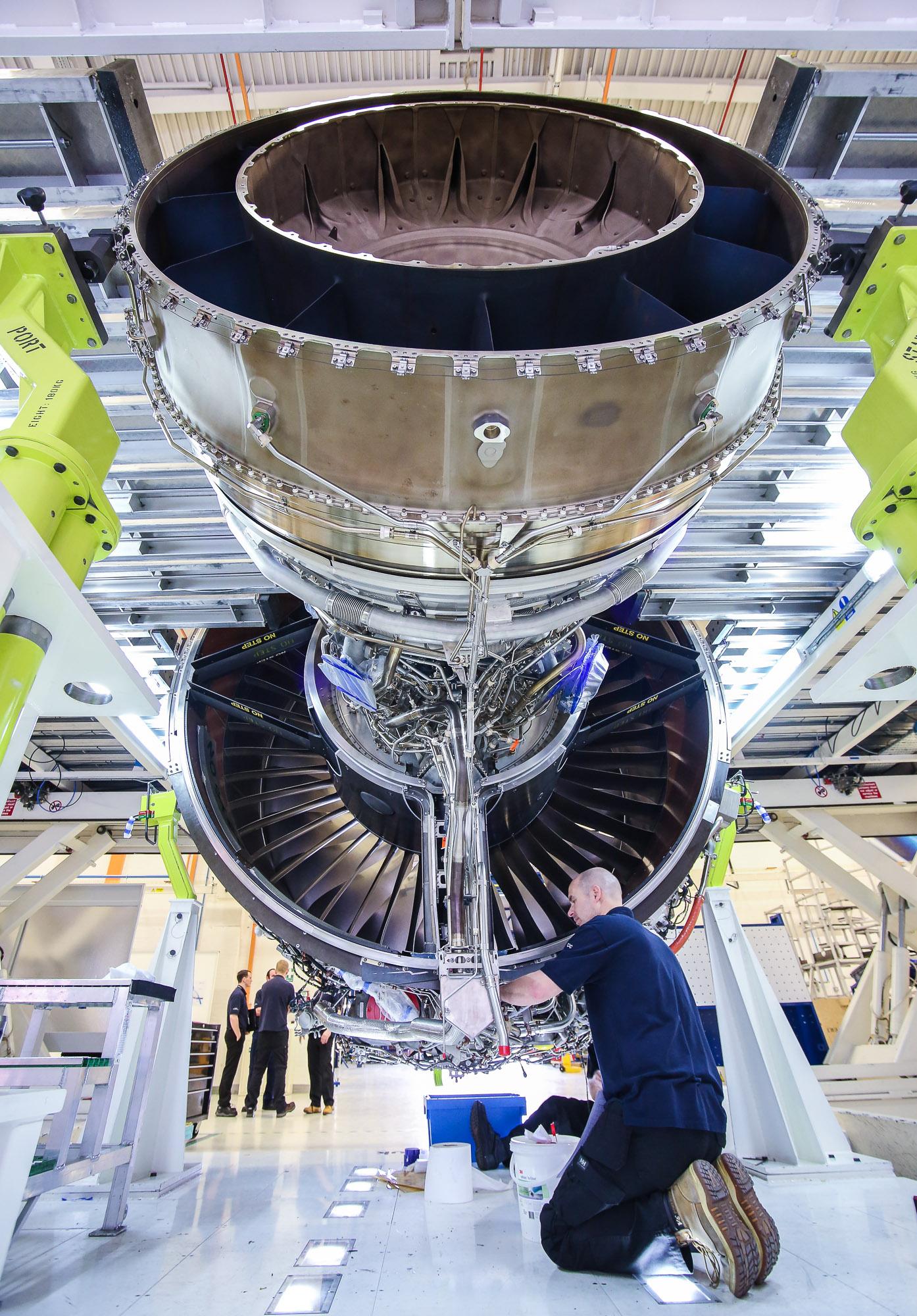 High-pressure turbine blades inside the engine rotate at 12,500 rpm, with their tips reaching 1,200 mph – twice the speed of sound. 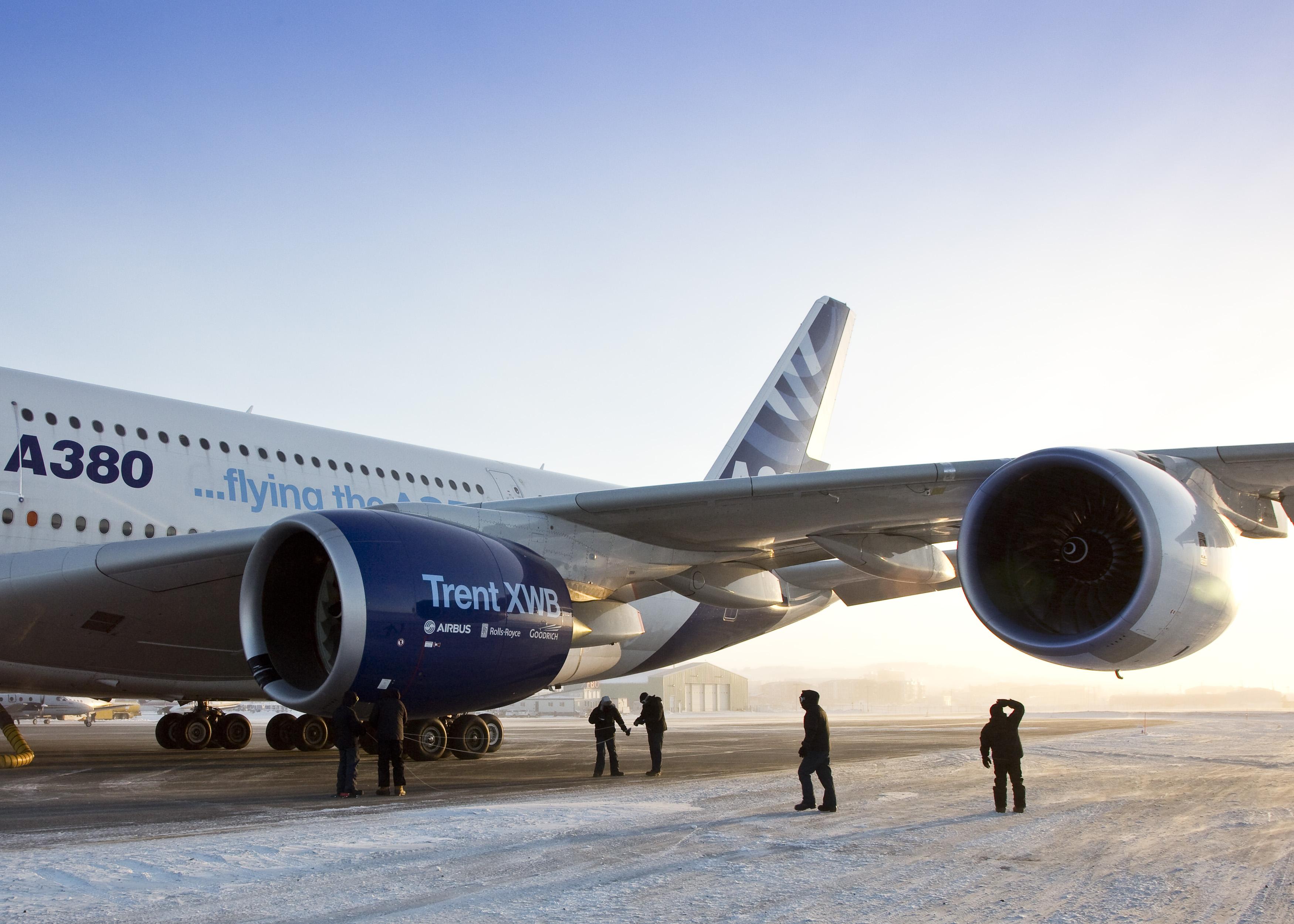 At takeoff, each of the engine’s 68 high-pressure turbine blades generates around 900 hp per blade – the equivalent to that of a Formula One racing car. 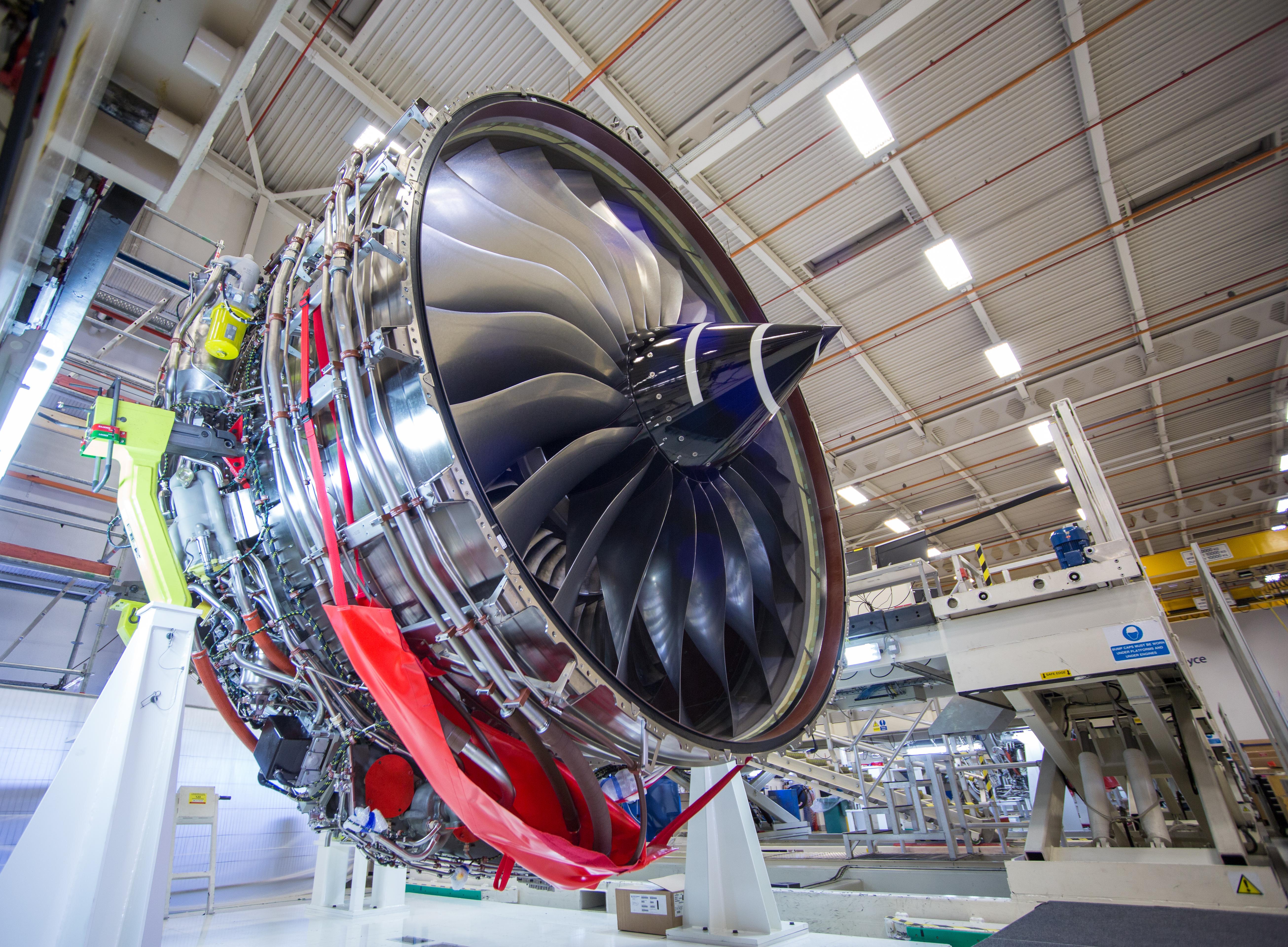 At full power, air leaves the nozzle at the back of the engine traveling at almost 1,000 mph.