We Fly EAA’s B-17 Flying Fortress 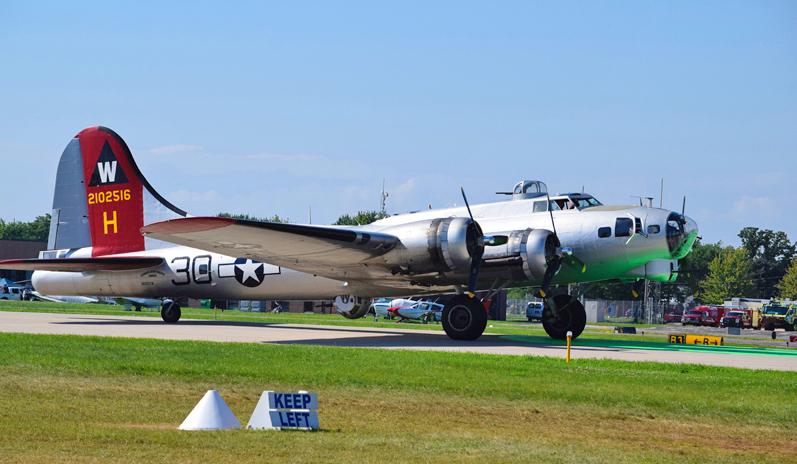 Although delivered too late to see action in World War II, EAA’s B-17 has an interesting history that began with its first owner purchasing it as surplus from the military inventory for a mere $750 in 1946, filled with gas worth more than the aircraft. Since then it has served as a cargo hauler, an aerial mapping platform and in pest control and forest dusting applications. 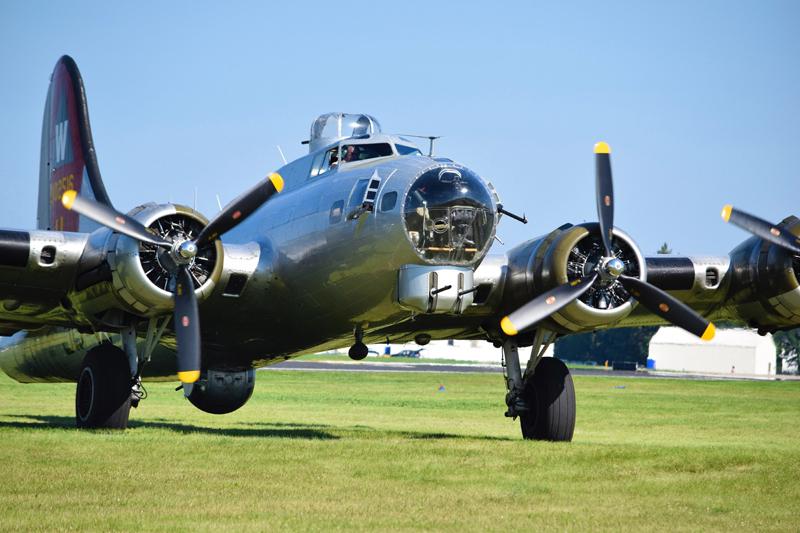 A group of investors bought the B-17G in 1978, but five years later, faced with daunting costs to operate or restore it, they donated the aircraft to the EAA, where volunteers worked on it for the next 10 years. In 1993, it was moved to EAA’s Kermit Weeks Hangar for maintenance and restoration in preparation for its first national tour in 1994. 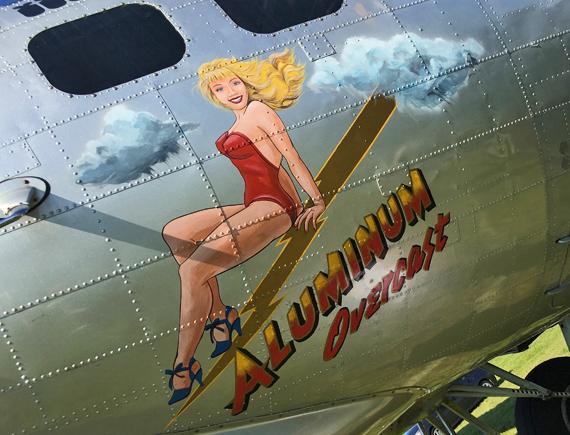 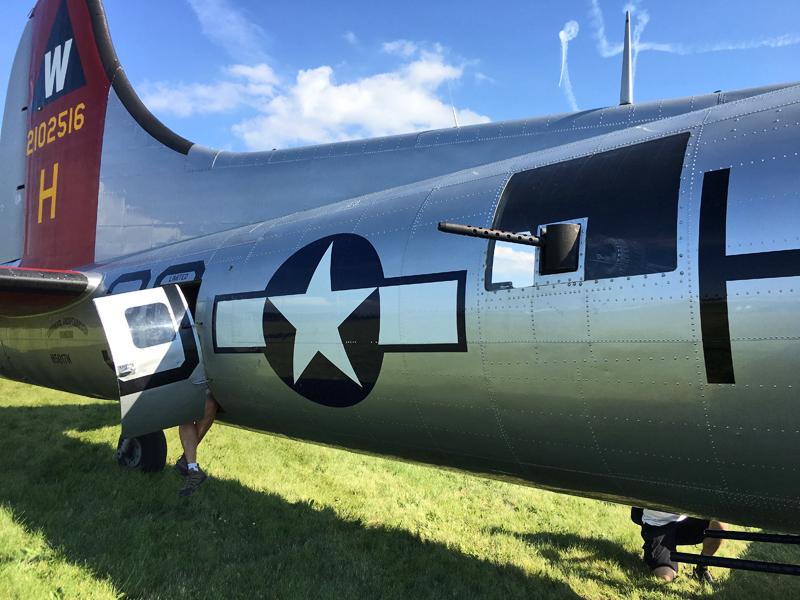 With average age of those flying the B-17 today in multiples of the young heroes of WWII, entry is through a door in the rear fuselage rather than the small hatch beneath the cockpit which required some gymnastics to get through. Our flight carried 10 passengers and three crew. 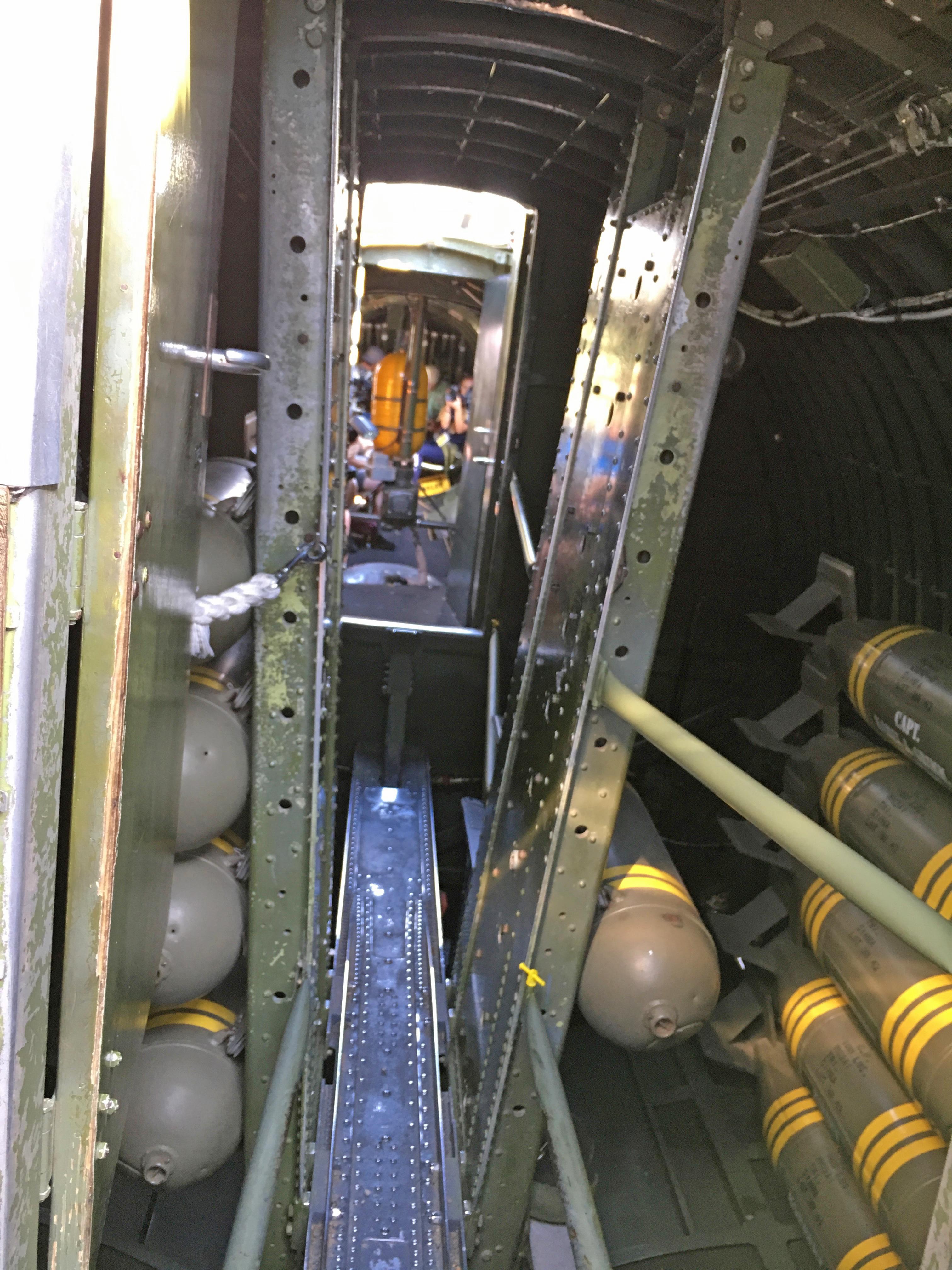 The fuselage is no-nonsense military inside, restored as closely as possible to its service configuration (except for a few canvas sling seats for the passengers). Here is a view of the bomb bay, looking towards the rear from the cockpit. A narrow catwalk links the forward and rear crew compartments. 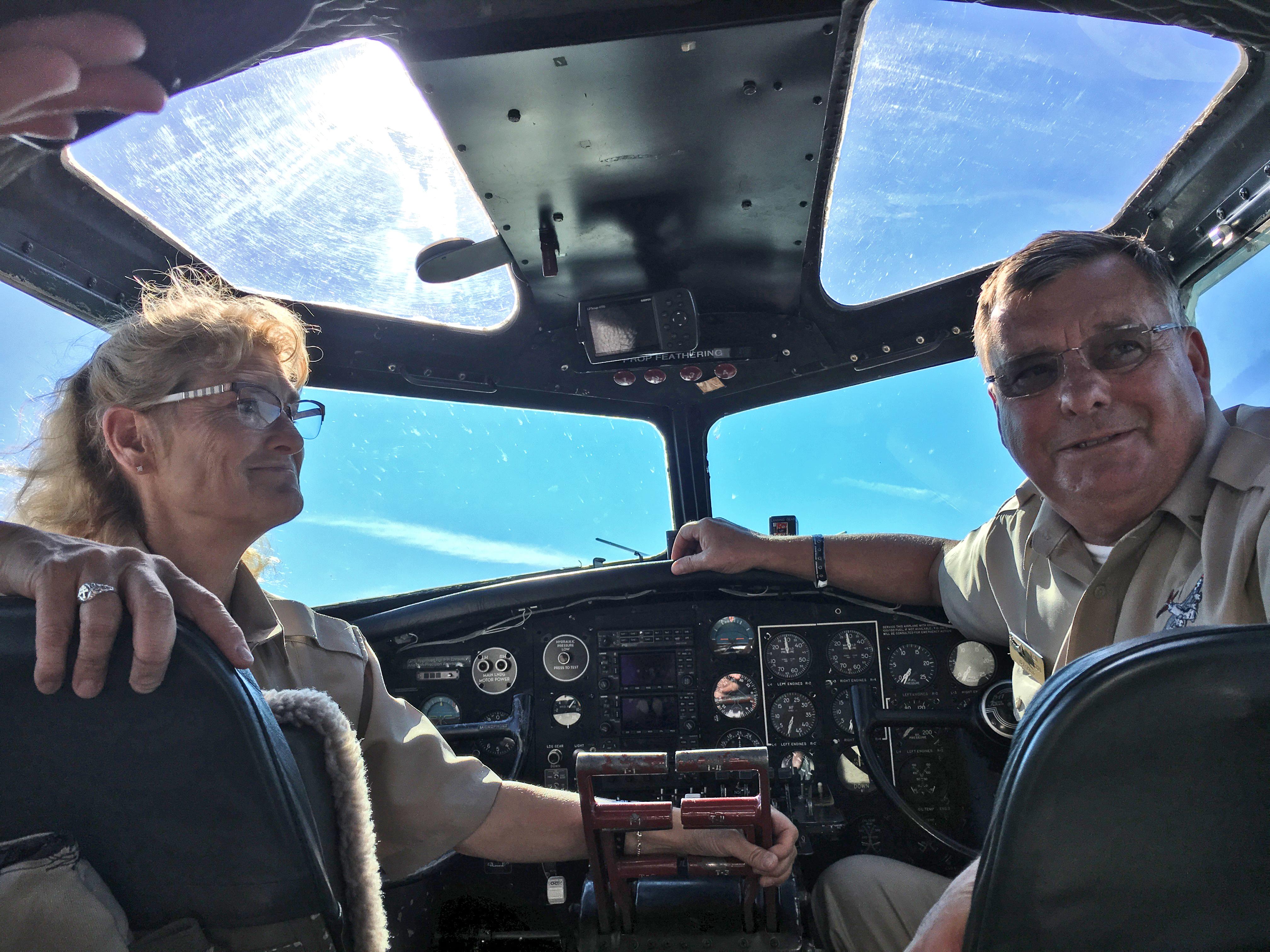 Harmony on the Flight Deck

Lorraine Morris, a Boeing 777 captain with United Airlines, captained the B-17 with her husband, Ken Morris, who retired seven years ago as a captain at Delta Air Lines. Does having a husband-wife team sometimes cause friction up front? “No,” says Ken “we are both trained in cockpit resource management.” And how does he aircraft feel? “Like a cement truck without power steering,” he adds. 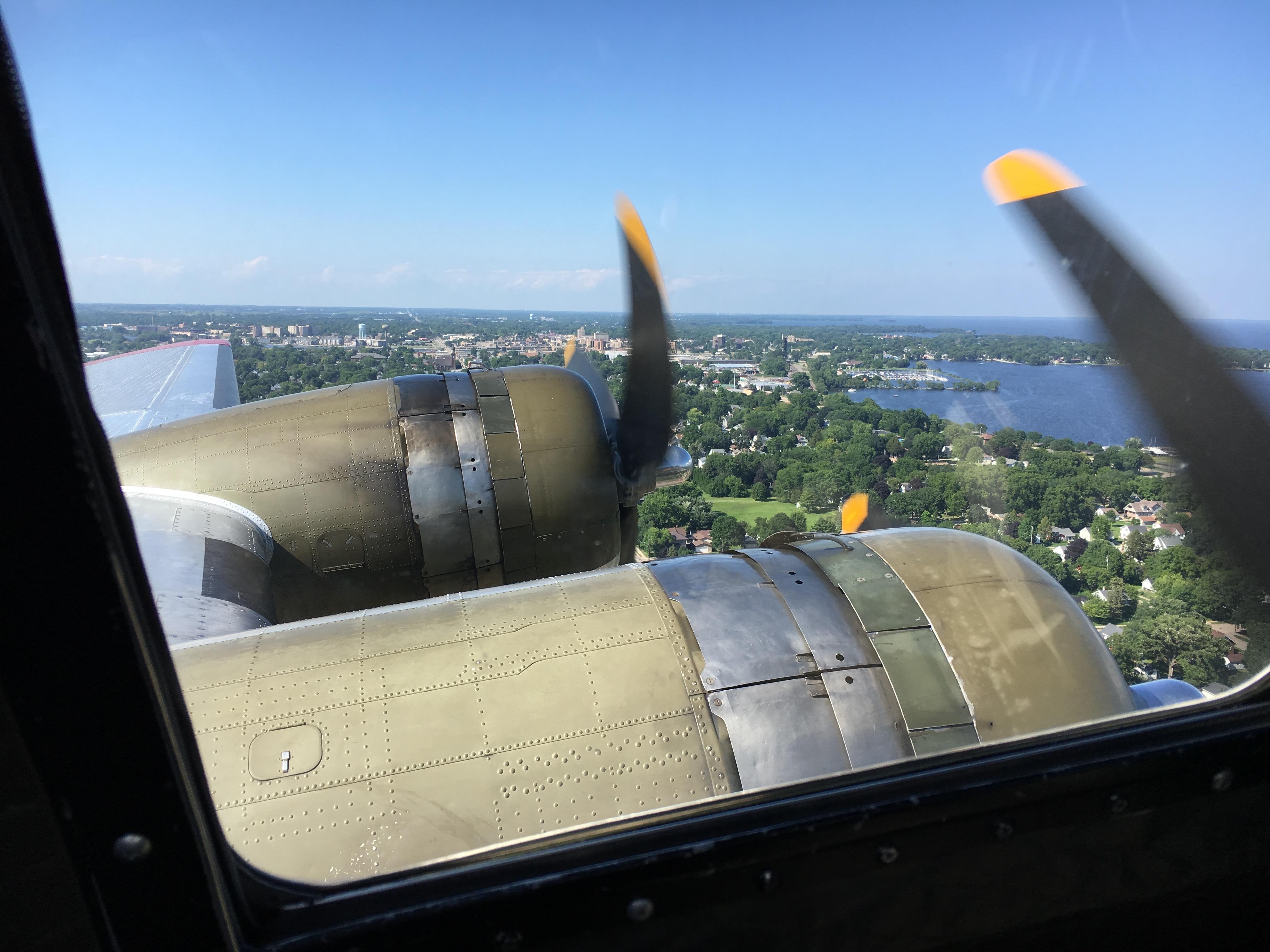 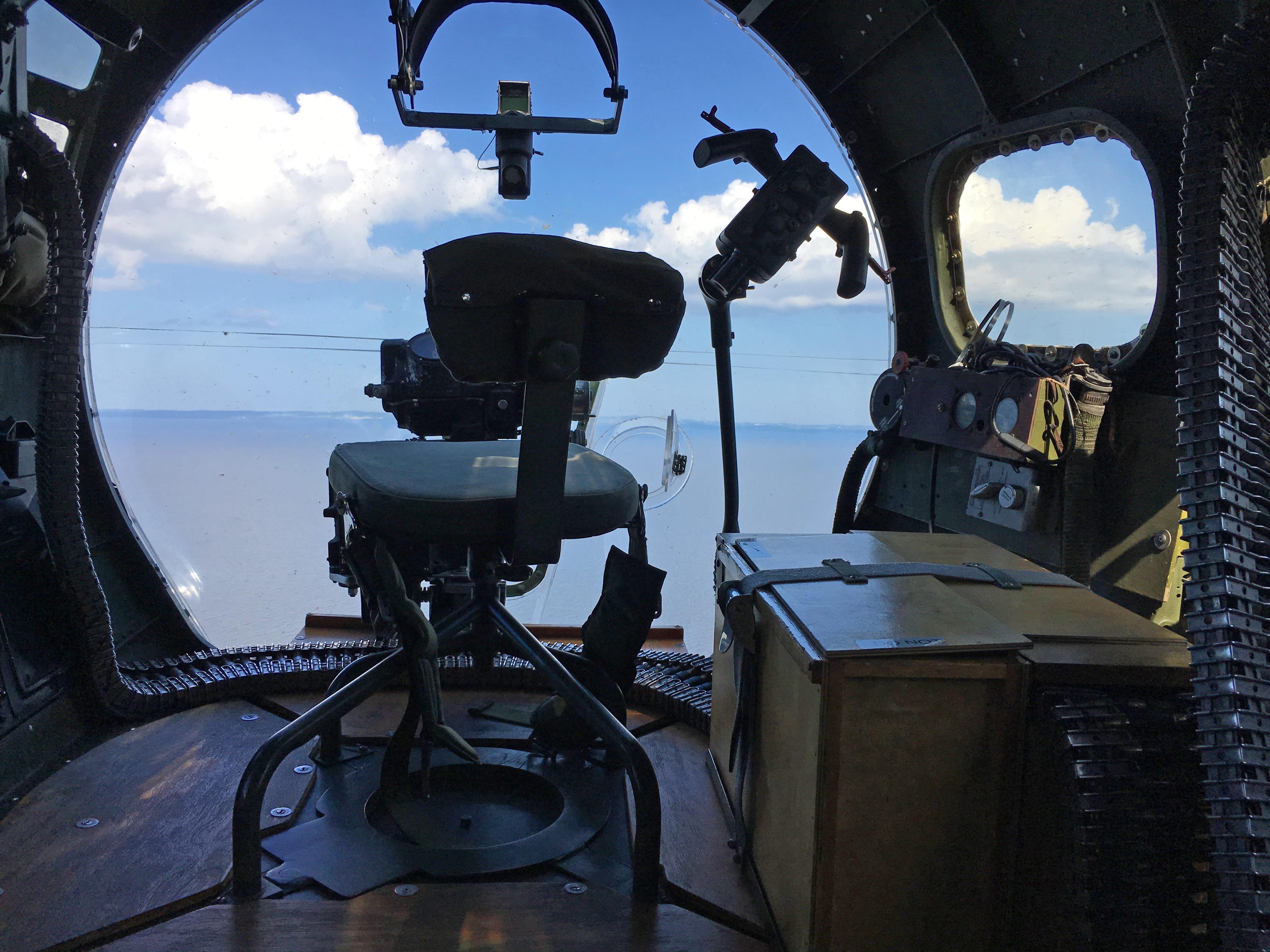 Room With a View

Looking forward through the bombardier’s position while cruising over Lake Winnebago. EAA has restored it as accurately as possible, including fitting it with a once-secret Norden bombsight. 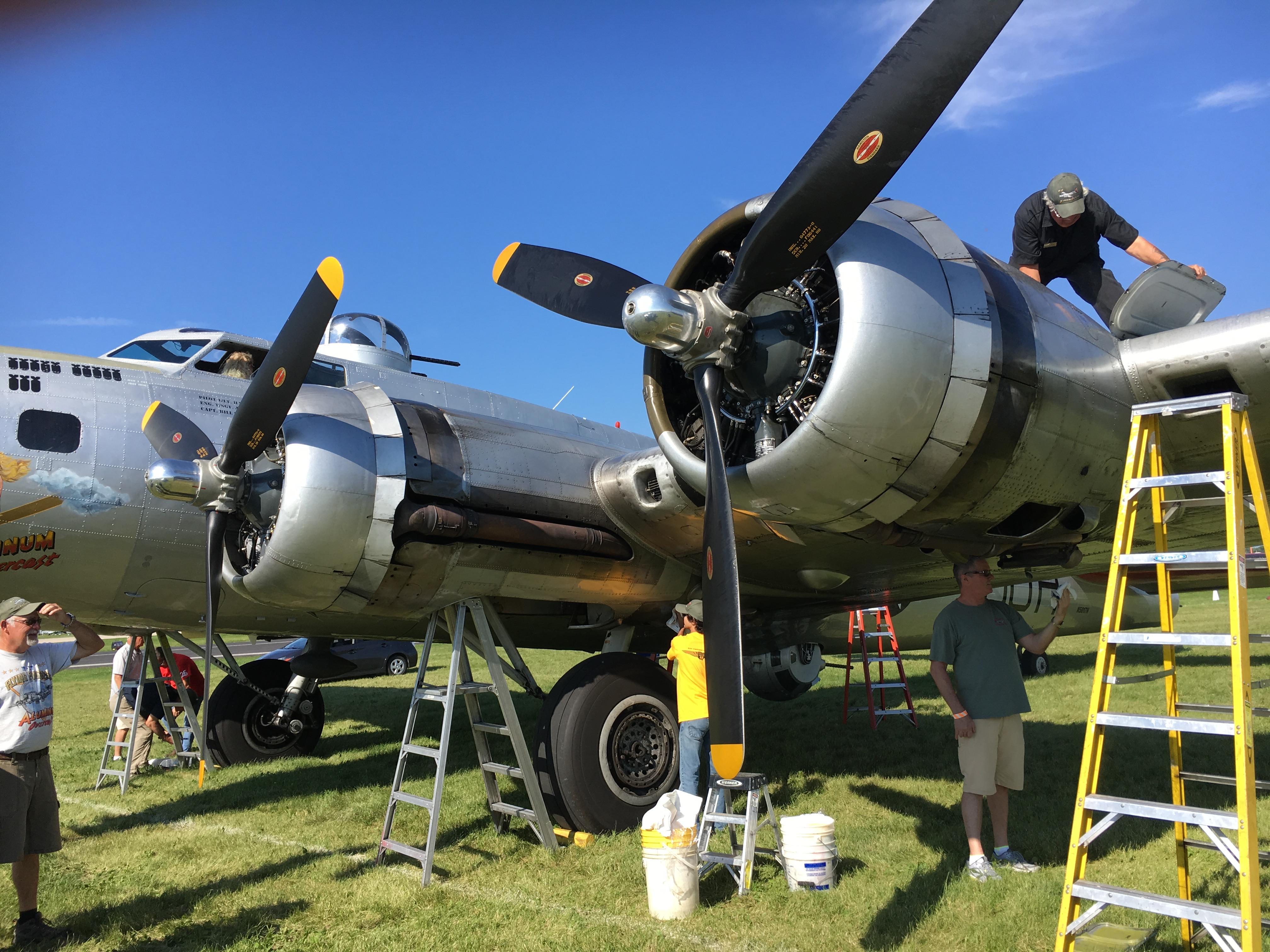 EAA maintenance volunteers swooped down on Aluminum Overcast at the end of our short flight to prepare it for the next few missions. They cleaned off oil from the engines and propellers, replenished fluids and checked vital systems to ensure its continued safe operation. 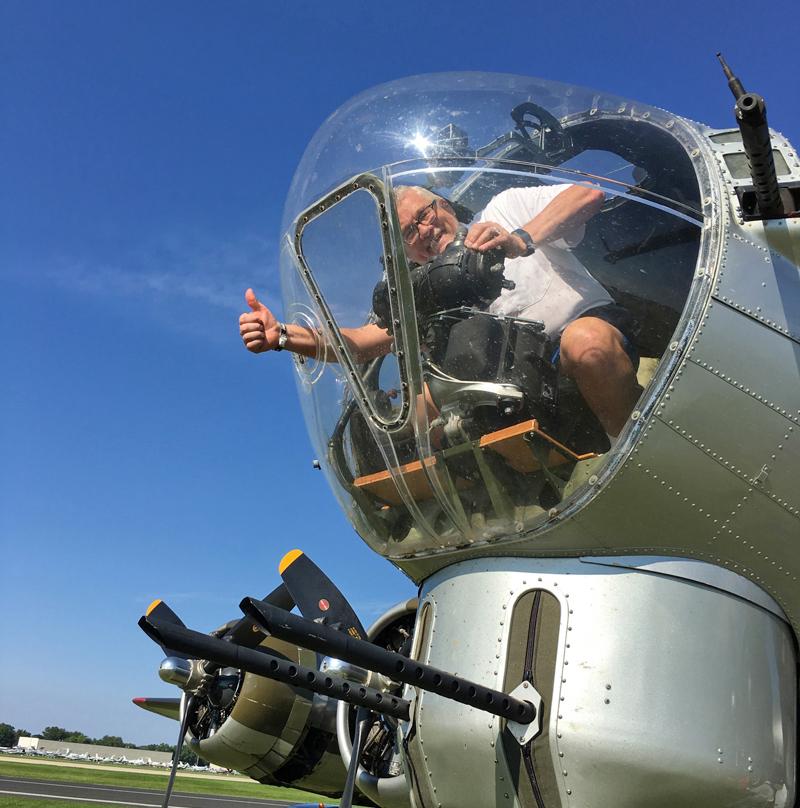 Yes, It Was a Good Flight!

The experience rates a thumbs up from Aviation Week editor John Morris. Now he’ll do it again when EAA’s B-17 embarks on a U.S. tour to a city near you.

Of the 12,732 B-17s Flying Fortresses produced through World War II, 4,735 were lost during combat missions. Today only about 15 are airworthy.

Almost everyone who served in bombers during that time has flown in a B-17. The aircraft launched the U.S. bombing campaign against Germany from bases in Britain, concentrating on dangerous daytime missions while the British Royal Air Force bombed at night, and casualties were heavy.

B-17s from the Eighth Air Force often flew missions of eight hours and more, striking deep at targets deep within enemy territory. Because of their long-range capability, formations of B-17s often flew into battle with no fighter escort, relying on their own defensive capabilities to insure a successful mission.

Following WWII, most B-17s were cut up for scrap, used in Air Force research or sold on the surplus market for purposes such as fighting forest fires.