F-35A Out in Public at Last 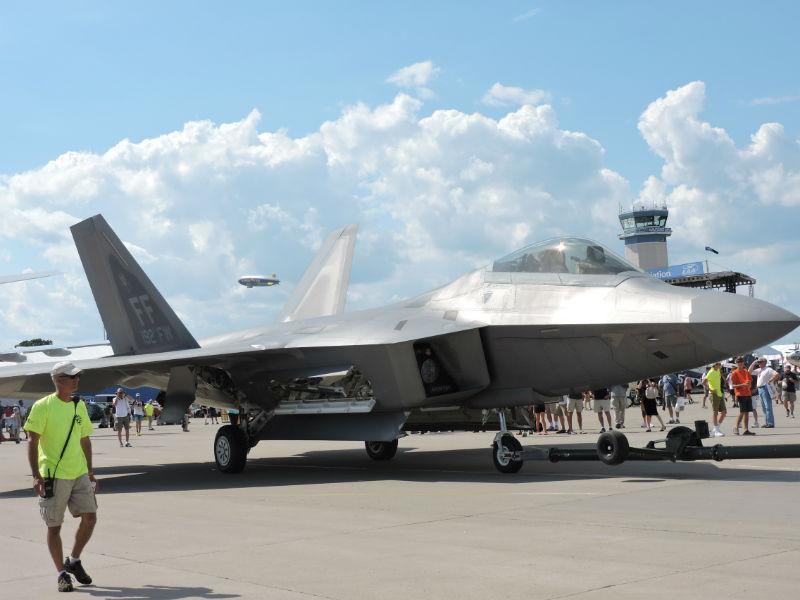 The F-22 Raptor set the precedent nine years ago when it flew at AirVenture; this year it was a favorite on the ramp and in the air. It was joined at the show on Wednesday by two F-35A Lightning IIs from the 33rd Fighter Wing at Eglin Air Force Base. 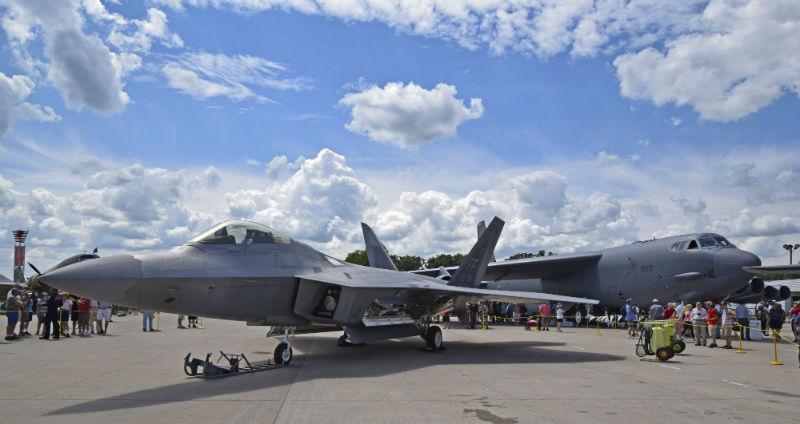 The F-22, the world’s first fifth-generation fighter, was once too secret to be seen in public. How that has changed! 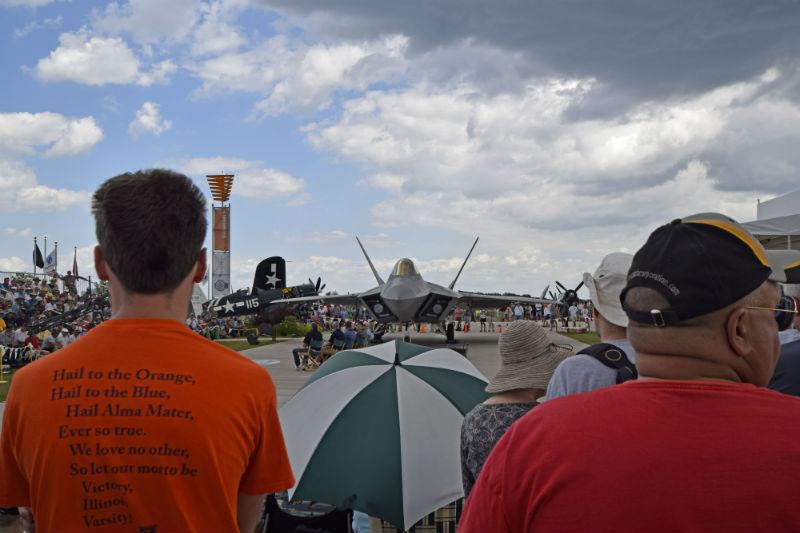 But the F-22 still draws crowds on the grounds, and amazes all with its thrust-vectored agility in the air. It is flown here by Maj. John Cummings, an Appleton, Wisconsin, native who is the 2015 demo pilot for the F-22 nationwide. His father marshaled the plane in while his family and friends stood waving. His 3-year-old son, Dylan, held up a sign reading “Nice landing dad!” 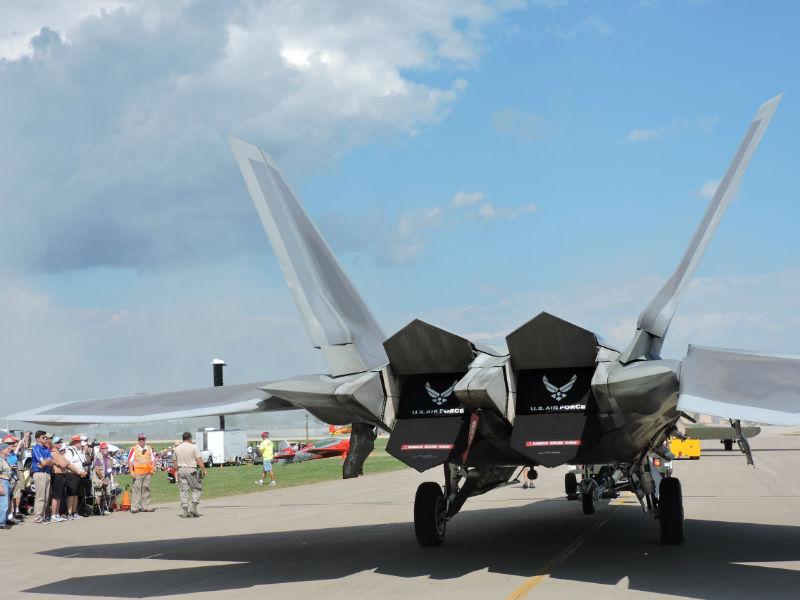 Here’s the secret behind the F-22’s agility: thrust-vectoring exhaust nozzles.

The F-35A seemed deceptively small on the ground as it taxied in. 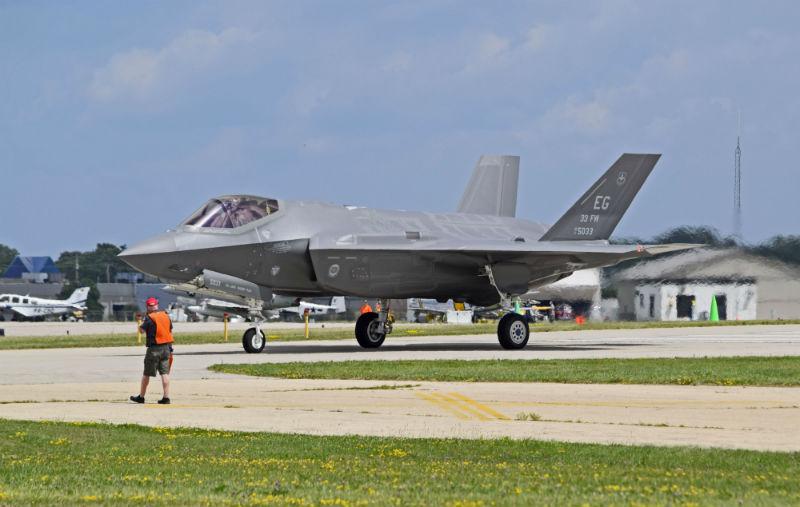 But it suddenly seemed larger again when given scale by a nearby marshal. 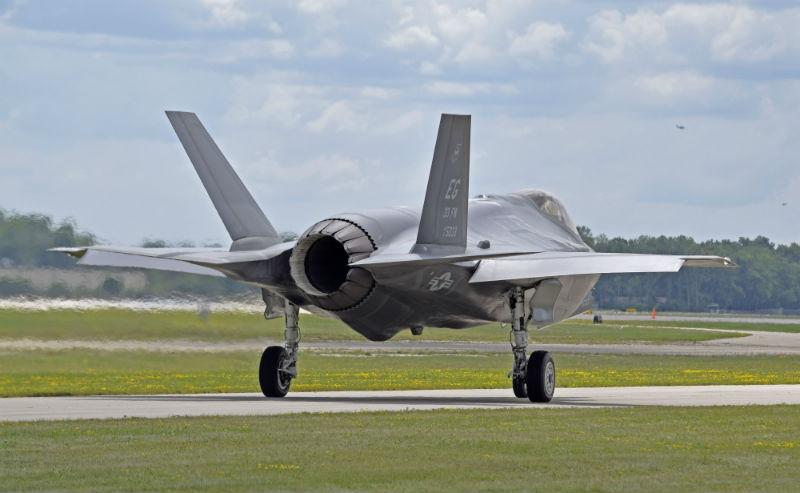 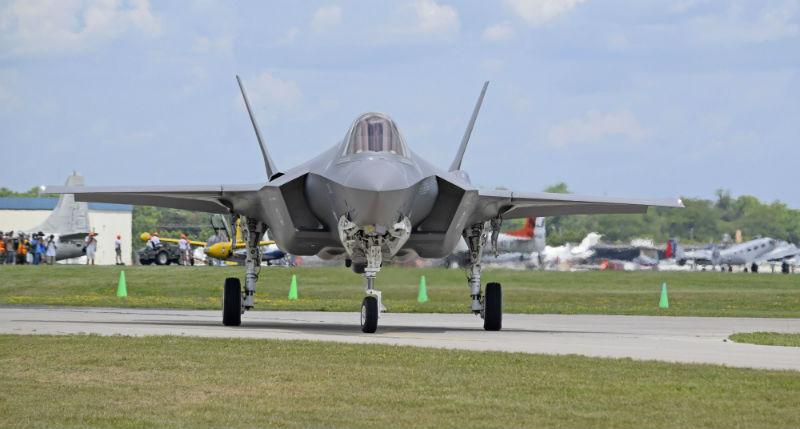 Full frontal: the F-35A shows off its radar-minimizing shape.