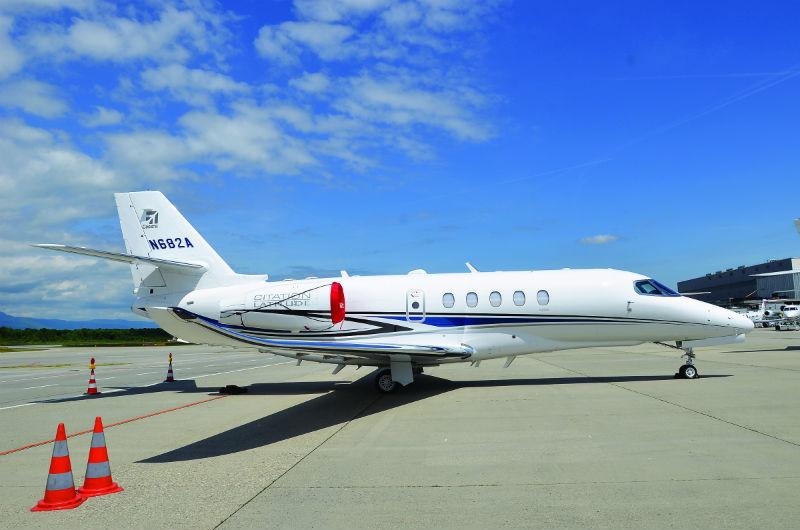 Making it easier for potential customers to arrive at a decision between two closely competing designs, the Latitude and Embraer Legacy 450 are rubbing shoulders in the static exhibition this week. First shown at NBAA last October, the Latitude claims a spacious cabin with stand-up headroom for between seven and nine passengers and is, like its Brazilian counterpart, offered for about $16.25 million. Estimates are that with reduced payload, it will have a range of 2,700 nm when certified later this year. 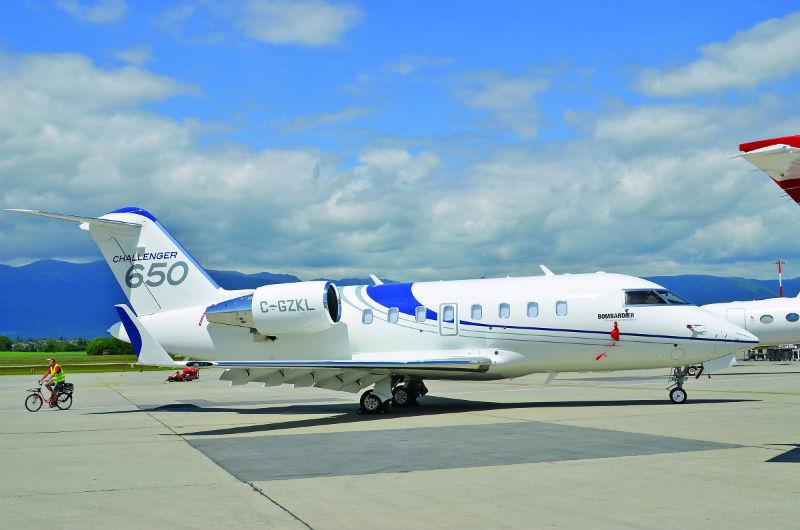 Not a misprint for 605, the 650 was revealed at Orlando, Florida’s NBAA convention last October, having been developed (and even received its launch order, from NetJets) under the designation 605 NG. There’s 5% more thrust from new General Electric CF34-3B engines; a redesigned cabin with new seating, entertainment and improved galley; and avionics enhancements to please the crew. EBACE has the honor of hosting the world debut of a real, flying 650, albeit still in manufacturer’s hands. After slight program slippage, certification and service entry of the 4,000-nm-range twin-jet are due later this year. 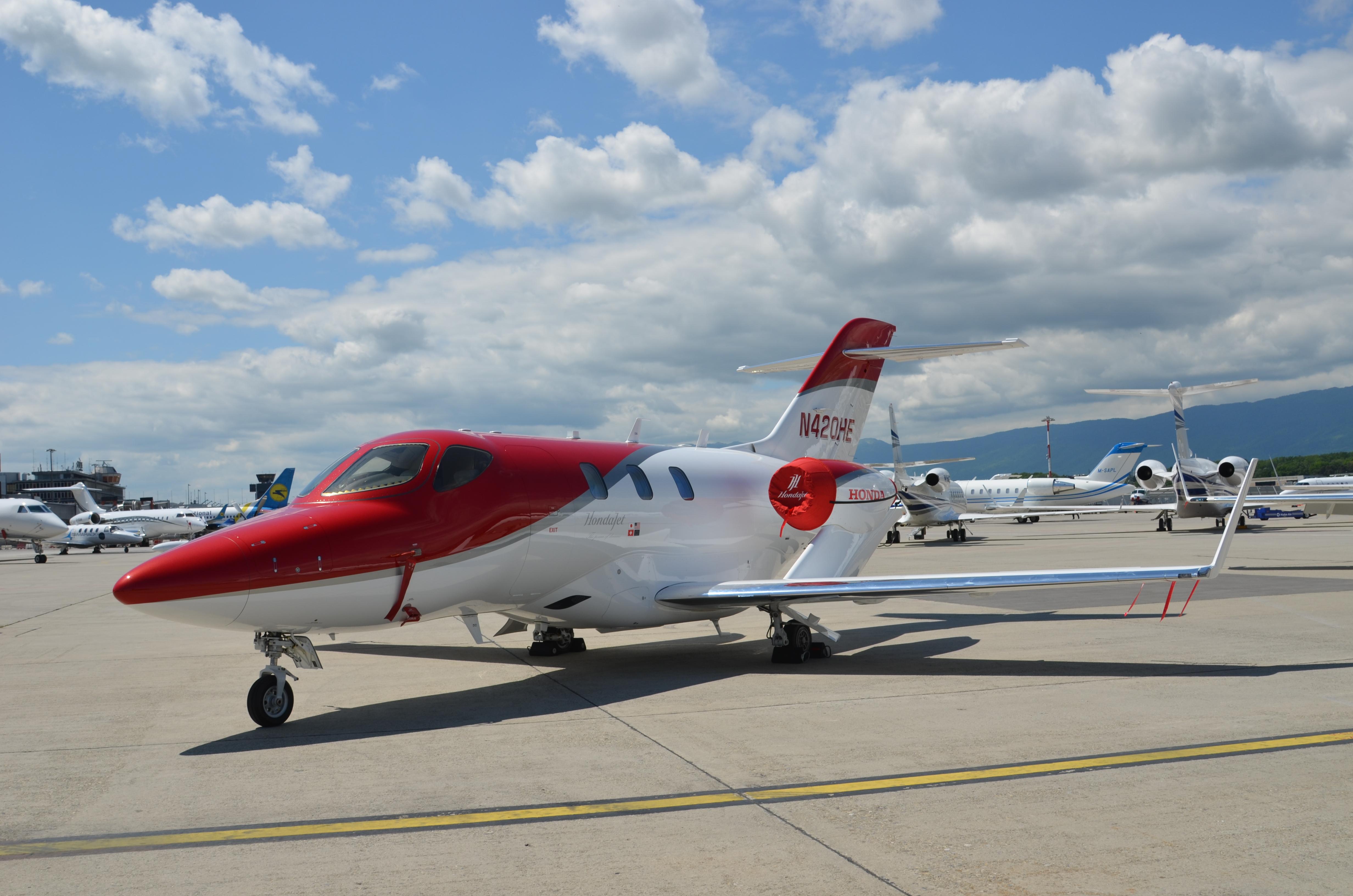 The memory may play tricks. Long familiar in Geneva as an exhibition hall mockup, the HondaJet really is here in the “flesh” this time. With provisional FAA certification just achieved, the aircraft last month began a 13-nation, 26,000-nm tour of potential markets, starting in Japan. Next week, the uniquely configured bizjet is making demonstration flights at major cities in six countries including Switzerland (Geneva); UK (Farnborough and Birmingham); Belgium (Antwerp); France (Paris); Germany (Munich, Hamburg and Moenchengladbach); and Poland (Warsaw). 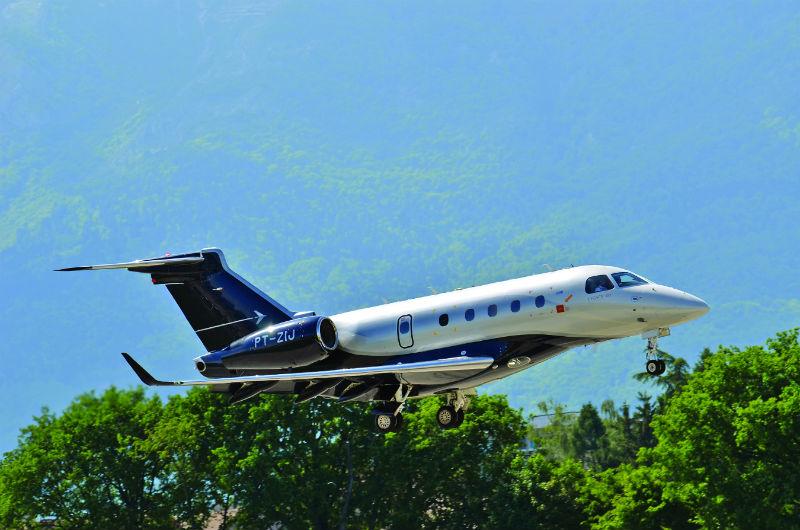 “Big brother” Legacy 500 has been at the last two EBACEs, but this is Europe’s first sight of the soon-to-be certified 450, which is paced about a year behind. Those lucky enough to have been at NBAA in Orlando last year will have seen it in public for the first time. Completing Embraer’s impressive spread of bizjet offerings, it seats between seven and nine passengers and promises a 2,500-nm range when half full. Like the Legacy 500, it is the first in the midsize field to have fly-by-wire controls and it also boasts a 6-ft.-high cabin with flat floor. 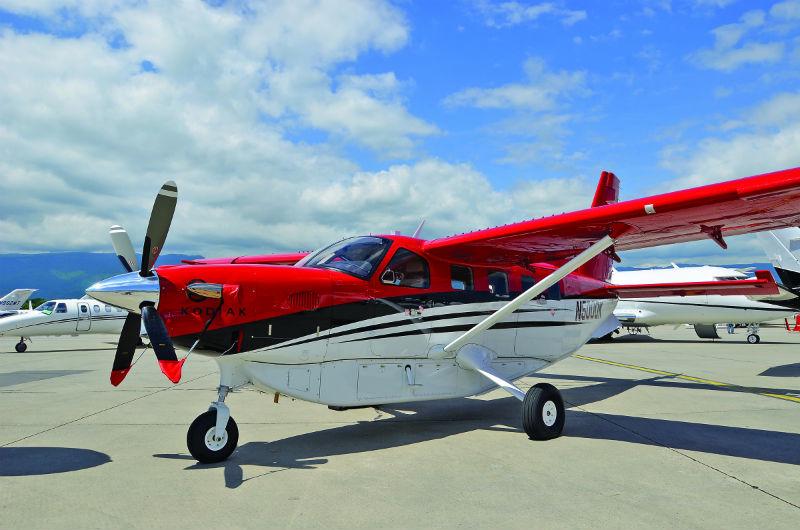 Don’t call it a Cessna Caravan! Under its new Japanese ownership, Idaho-based Quest is expanding its sales horizons with a marketing effort in Europe, beginning last month with an appearance at the AERO general aviation show at Friedrichshafen, Germany. Some half-dozen of the 140 Kodiaks built so far are already based in Europe, where their employment includes a platform for sport parachutists – in which role they are 33% more productive than the opposition, Quest says. In some of the world’s more remote areas, the rugged turboprop is no less gainfully employed supporting missionary work.

<p>Five new aircraft are making their debut at EBACE in Geneva this year. All photos: Mike Vines/ShowNews</p>