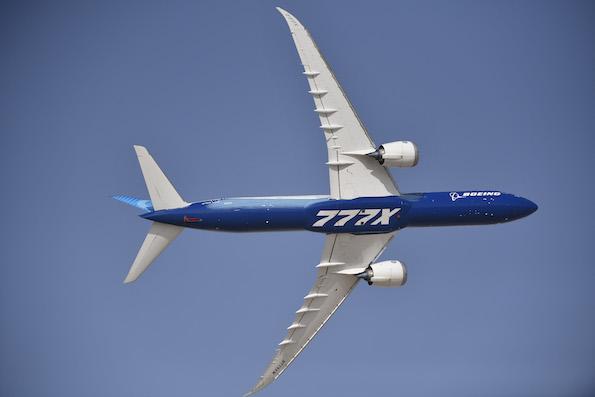 To illustrate the aircraft’s agility and fly-by-wire flight control system performance Boeing has devised a special air show routine for the 777-9 based on sequences developed for displays given in previous years by the 787. There are four aircraft in the 777X flight test program, the third of which, WH003, was recently used to conduct preliminary nautical air miles survey (NAMS) tests to determine the true fuel burn cruise efficiency of the 777-9. The 777-9 is designed to be around 13% better than the 777-300ER. 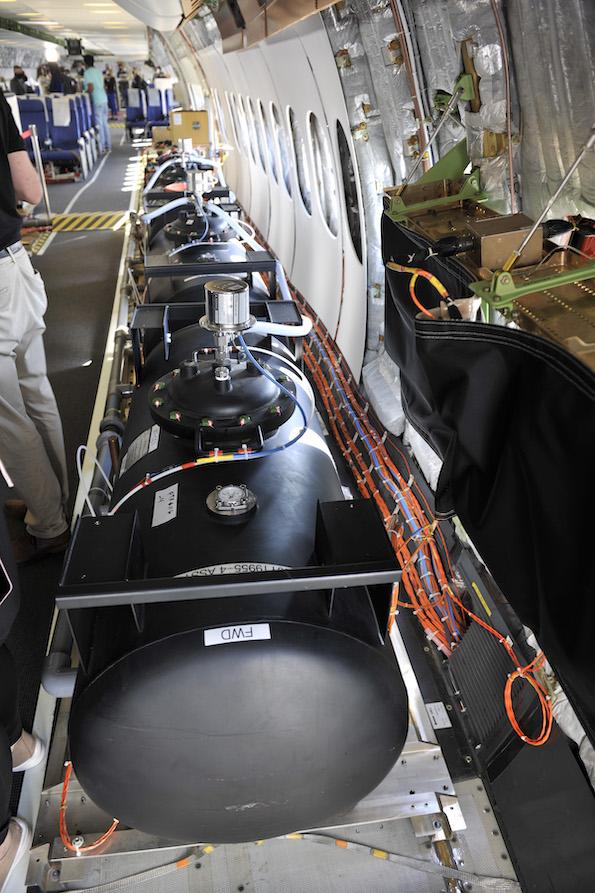 The immense length of the 252-foot-long 777-9 is apparent in this view of the cabin of WH001 which is configured with flight test workstations and racks of instrumentation and data storage. The main cabin window measure 162 sq in. on the 777X compared to 140 sq in. on the legacy 777. 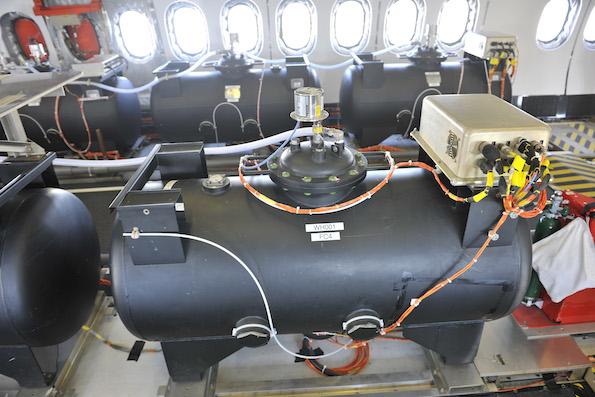 A notable feature of the test interior is the array of 60-gallon water barrels in the forward and aft sections. During some envelope expansion flights water is pumped between the barrels to change the aircraft's center of gravity. Temporary sidewalls and overhead ceiling panels will be replaced during refurbishment with a standard interior. 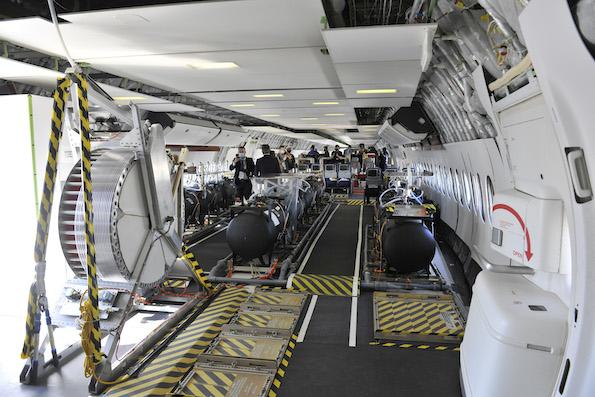 A large reel mounted by the aft pressure bulkhead supports the pressure tube for the trailing static cone which enables flight test engineers to calibrate the static pressure error of the pitot-static system. By trailing at least one fuselage length behind the 777-9 the cone gives an accurate measurement of the ambient atmospheric pressure (static pressure). Static pressure is measured forward of the cone by static ports while the cone itself stabilizes and aligns the ports relative to the freestream airflow. The cable containing the tube can be manually severed if the cone cannot be restowed for landing. 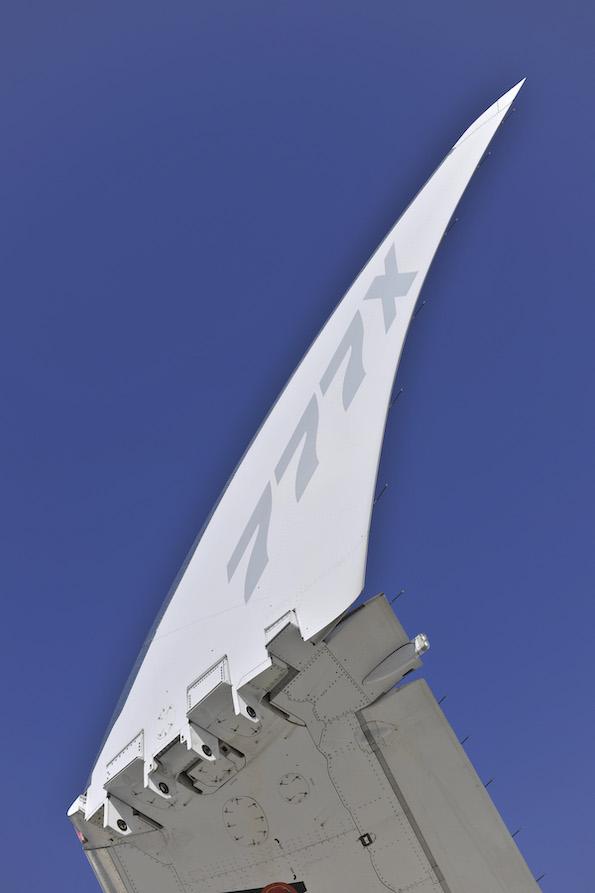 Resembling a winglet while in the folded position, the almost 12-ft. long movable wingtip is seen in the up position. The first of its type ever to fly on a commercial airliner, the wing fold feature was developed to maximize aerodynamic performance while simultaneously enabling the 777-8/9 to operate at ICAO Code E standard taxiways, gate and ramp areas in common with the current 747-400 and 777-300ER. When extended, the folding tips increase overall wingspan to 235.4-ft. 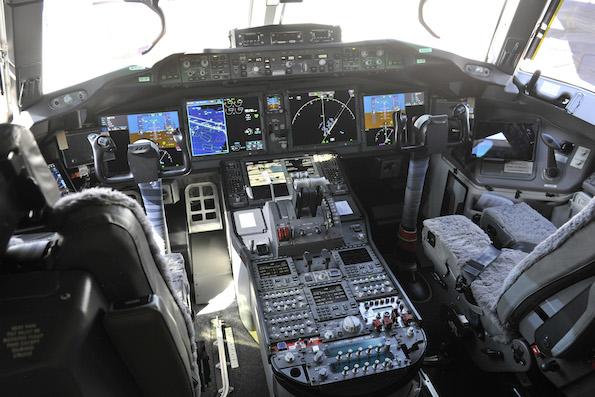 For the first time in a 777, Boeing is offering the option of a Collins-developed head-up guidance system or heads-up display (HUD). The Collins HUD is standard on the 787 and optional on the 737 MAX and will allow the 777X to be certified to fly to lower landing minima. Collins also provides touch screen controls to the 777X flight deck displays as well as the control stand, digital audio system, mode control panel and primary control damper for the 777X, in addition to the flight control module. 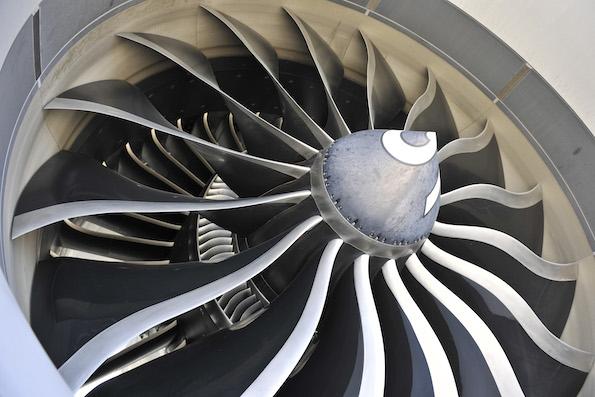 GE Aviation says recently completed dust injection tests have validated the durability of the GE9X against the wear and tear of debris ingestion. The tests, which involved deliberately feeding a stream of dust debris into the engine at conditions representing takeoff, cruise and landing over 1,600 operational cycles, will be followed by a full module and component tear down inspection by the end of this year. 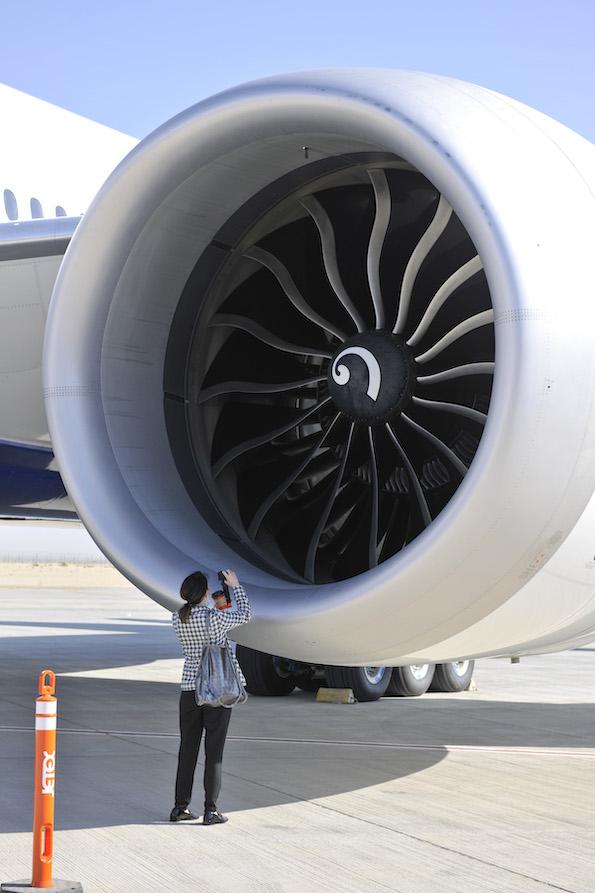 The immense size of the General Electric GE9X is illustrated by the engine’s 134-in. diameter fan which is comprised of 16 composite blades. Designed with an overall pressure ratio of 60:1, which is the highest for any commercial engine, the engine received FAA Part 33 certification by the FAA after just under 5,000 hours and 8,000 cycles of testing. This included 72 test flights and more than 400 hours on GE Aviation’s 747-400 flying testbed. 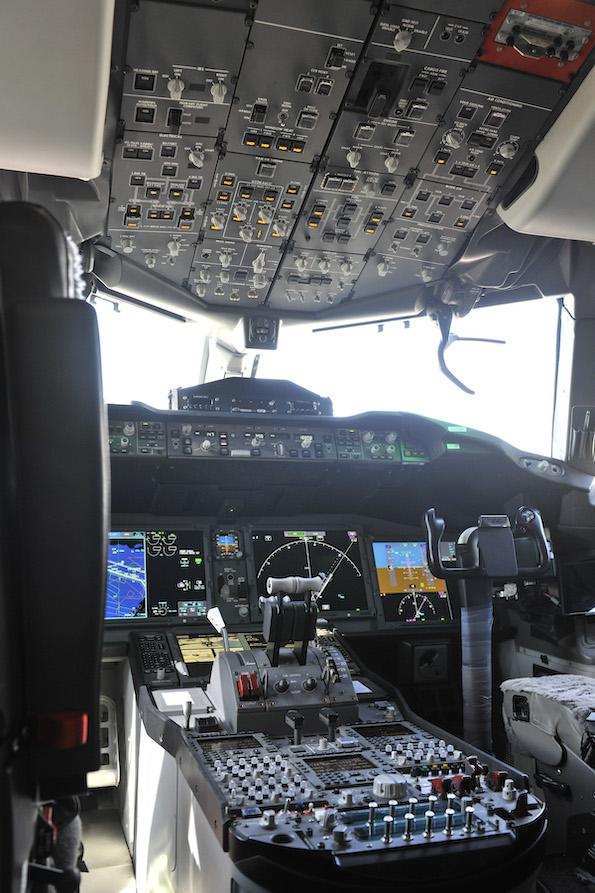 The center pedestal contains some modifications for flight test – one of which is the CALMS remote display. Used on numerous Boeing flight test programs this device provides an instant warning of excessive lateral g-loads acting on the tail and alerts flight crews through a series of colored lights ranging from green to red.

Making its international airshow debut at Dubai, Boeing’s first 777-9 is open to visitors and appearing in the flying display. The aircraft, which made its first flight from the company’s Everett, Washington production facility in January 2020, is one of four in the test program which has so far amassed 1,700 flight hours over 600 sorties. Following its appearance at Dubai the aircraft is expected to travel back to the U.S. via Qatar and Germany for customer demonstrations.