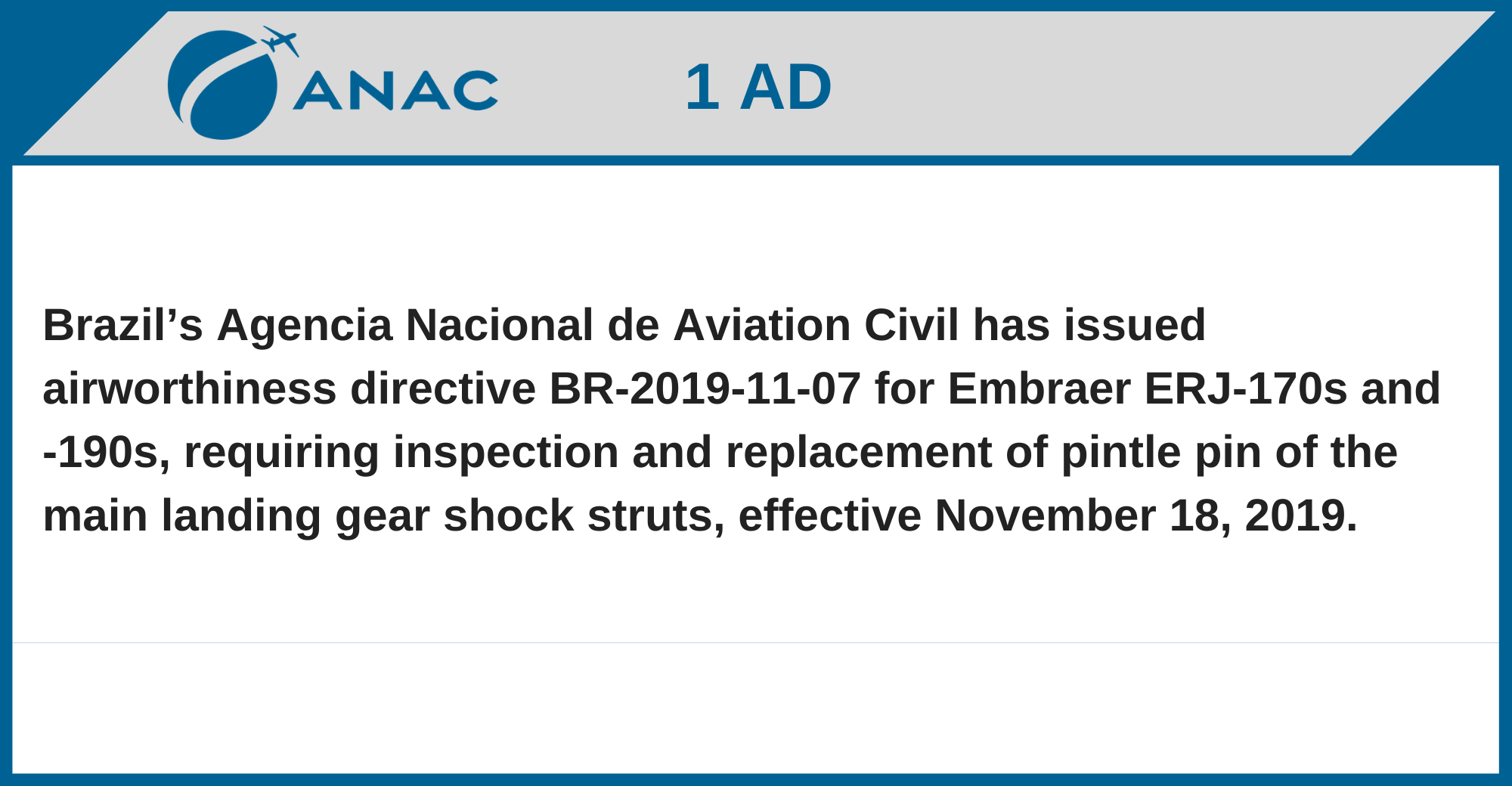 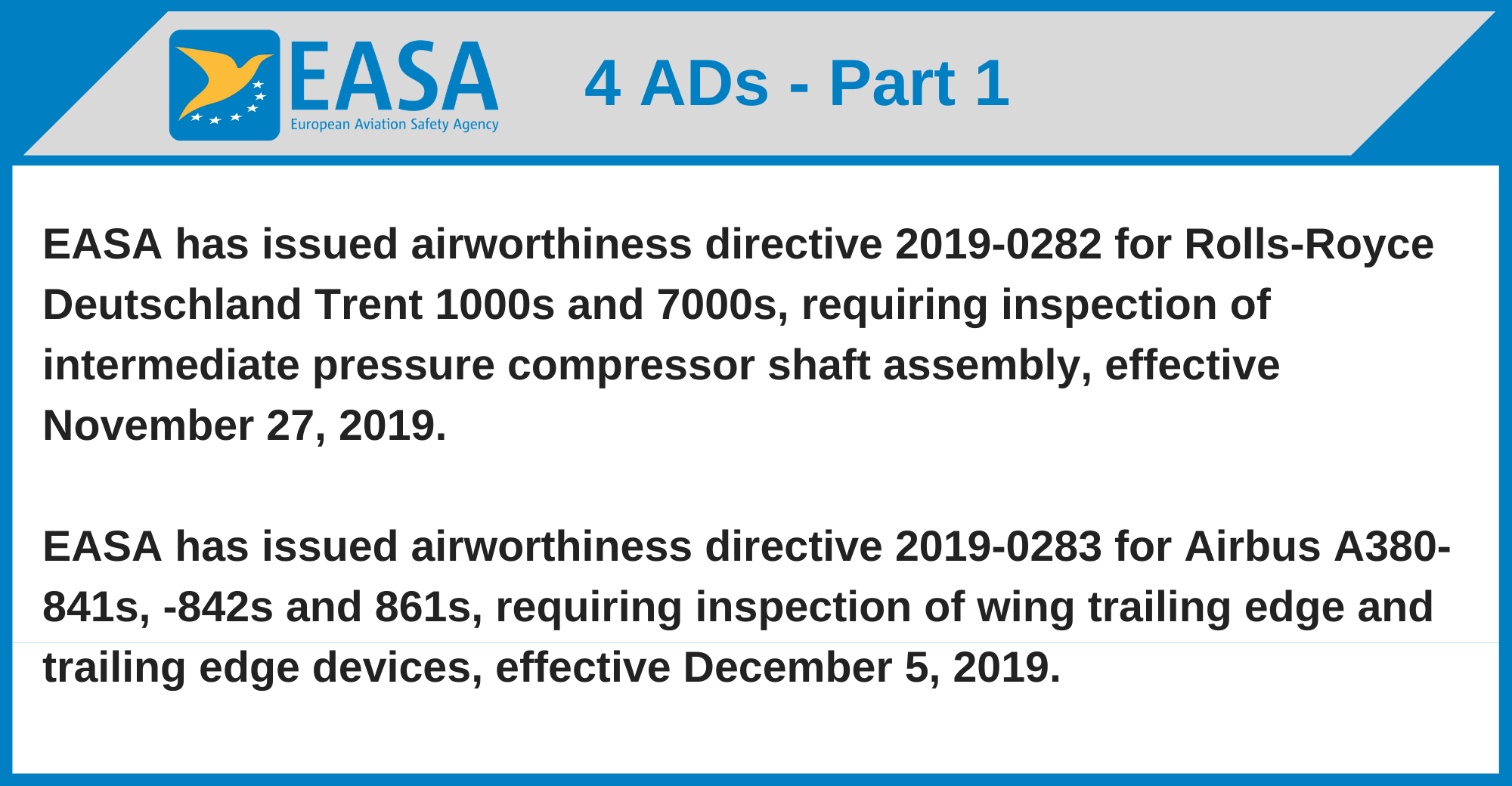 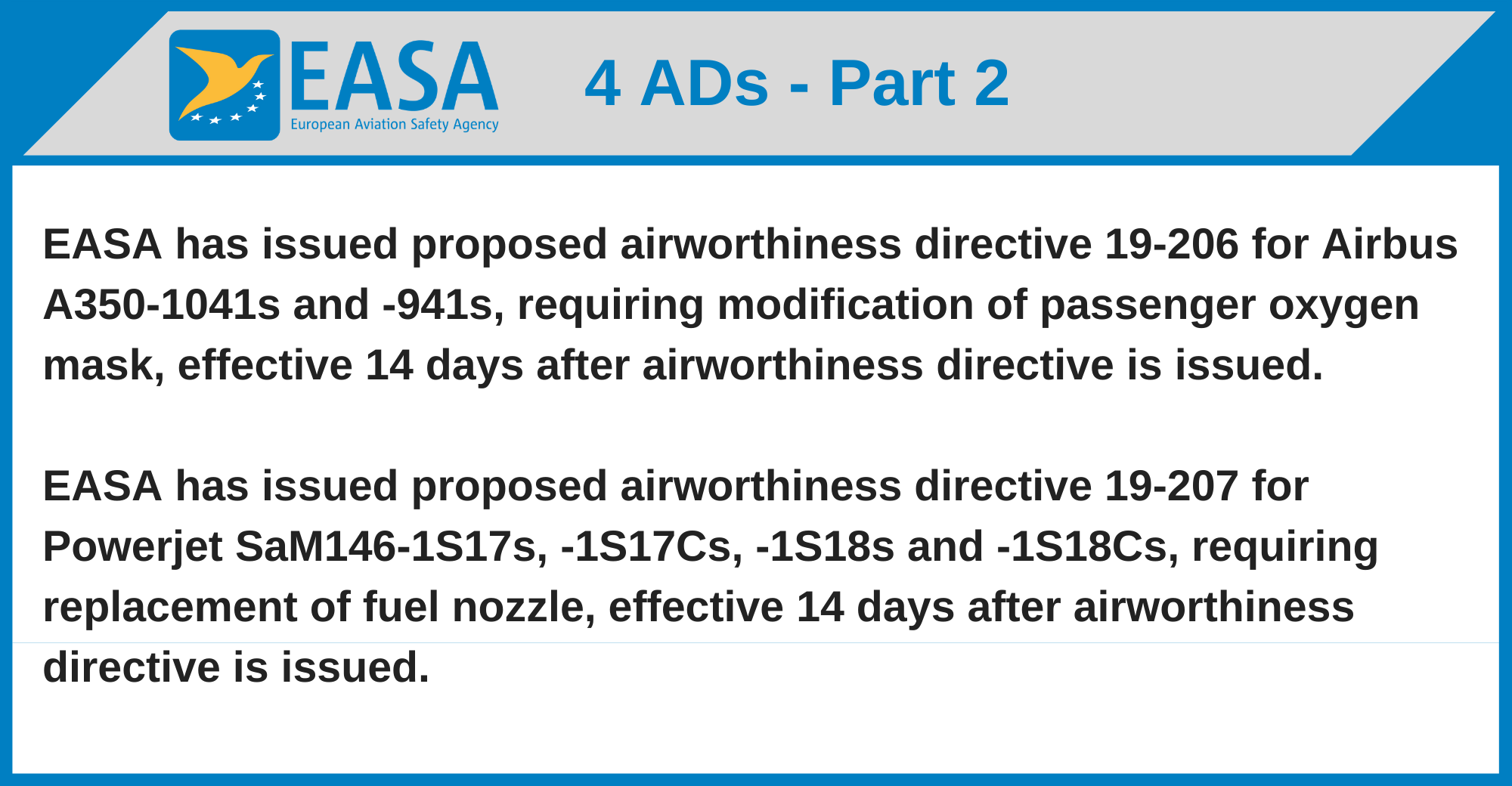 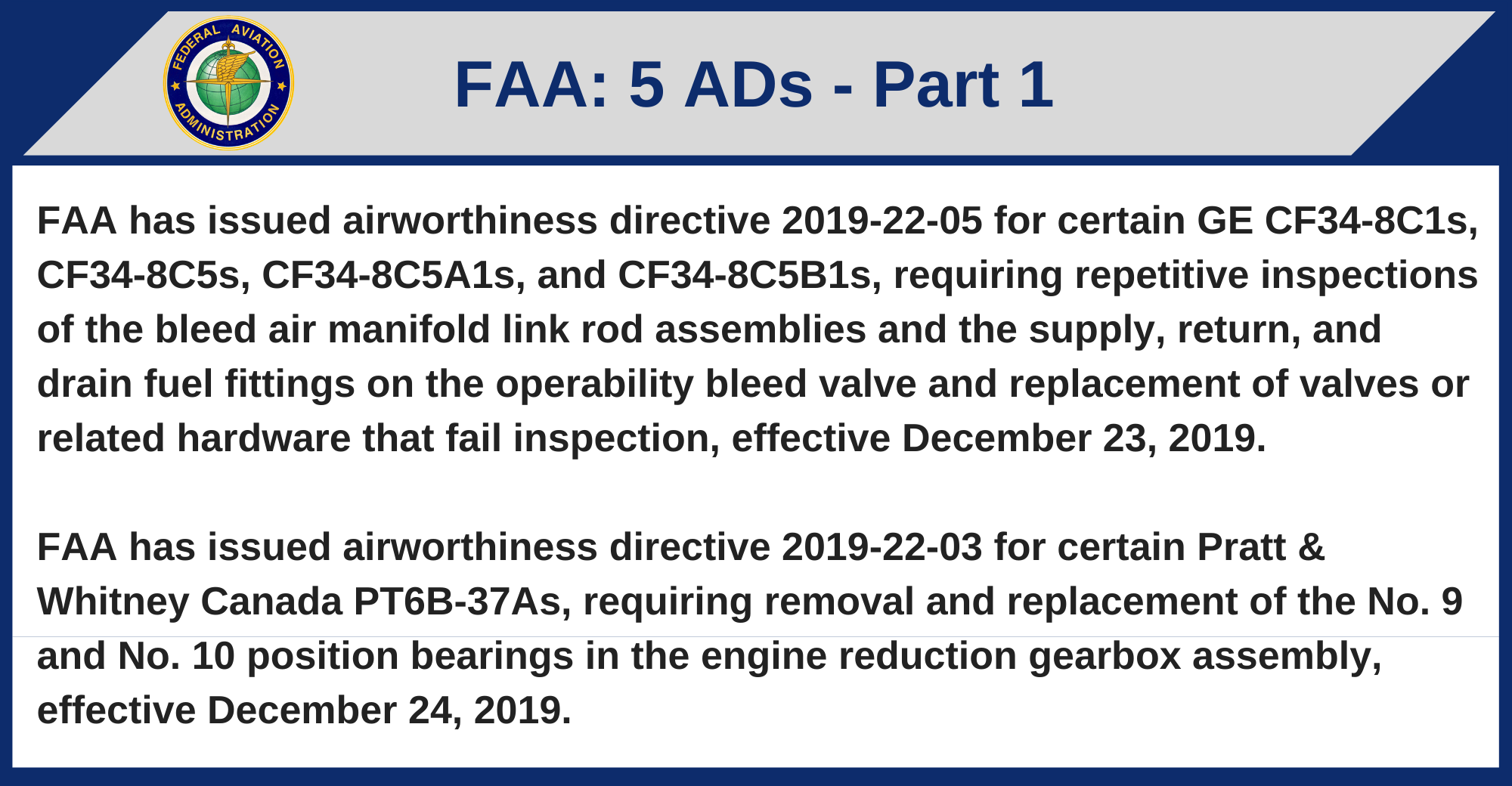 FAA has issued airworthiness directive 2019-22-03 for certain Pratt & Whitney Canada PT6B-37As, requiring removal and replacement of the No. 9 and No. 10 position bearings in the engine reduction gearbox assembly, effective December 24, 2019. 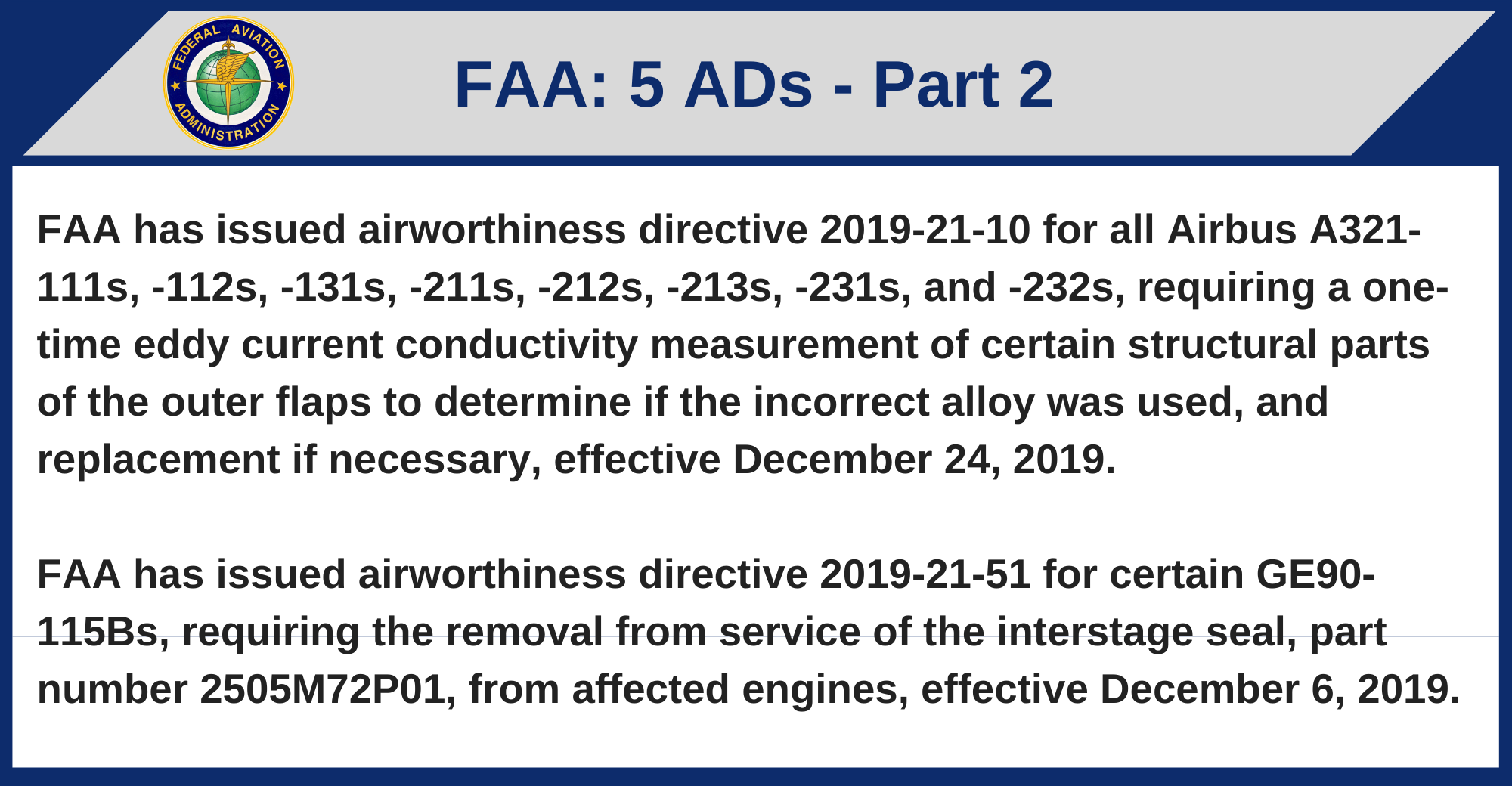 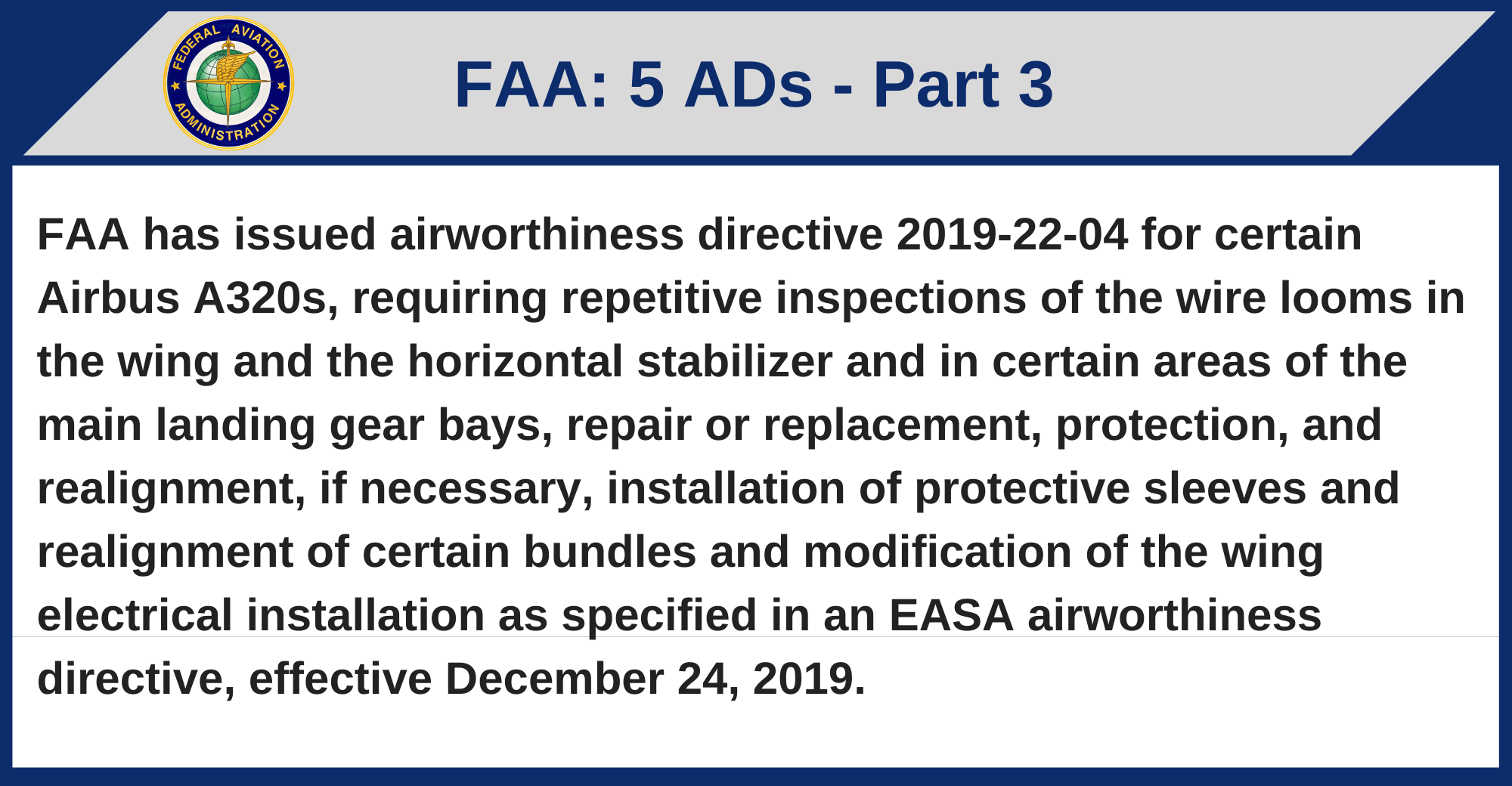 FAA has issued airworthiness directive 2019-22-04 for certain Airbus A320s, requiring repetitive inspections of the wire looms in the wing and the horizontal stabilizer and in certain areas of the main landing gear bays, repair or replacement, protection, and realignment, if necessary, installation of protective sleeves and realignment of certain bundles and modification of the wing electrical installation as specified in an EASA airworthiness directive, effective December 24, 2019. 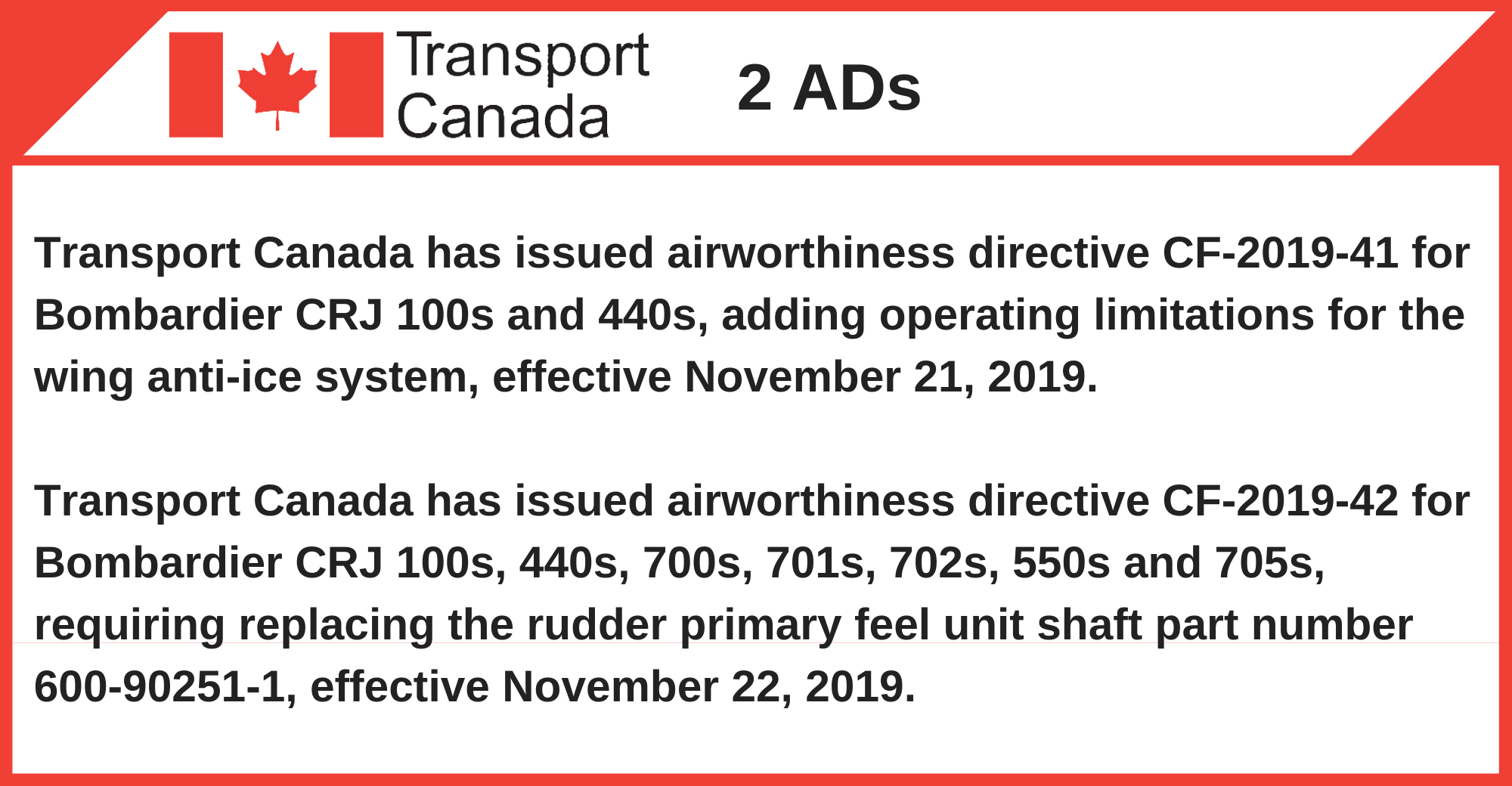