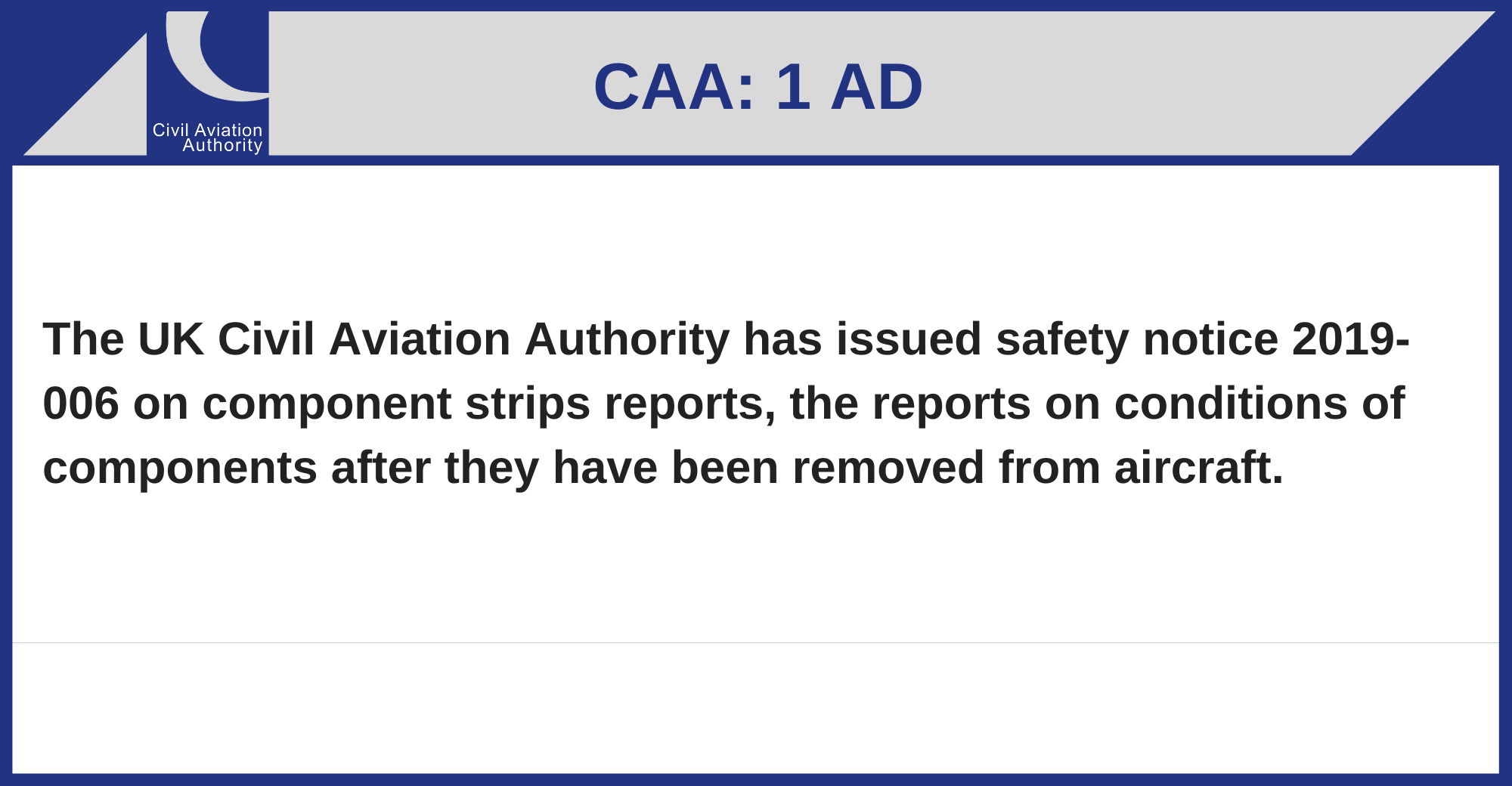 The UK Civil Aviation Authority has issued safety notice 2019-006 on component strips reports, the reports on conditions of components after they have been removed from aircraft. 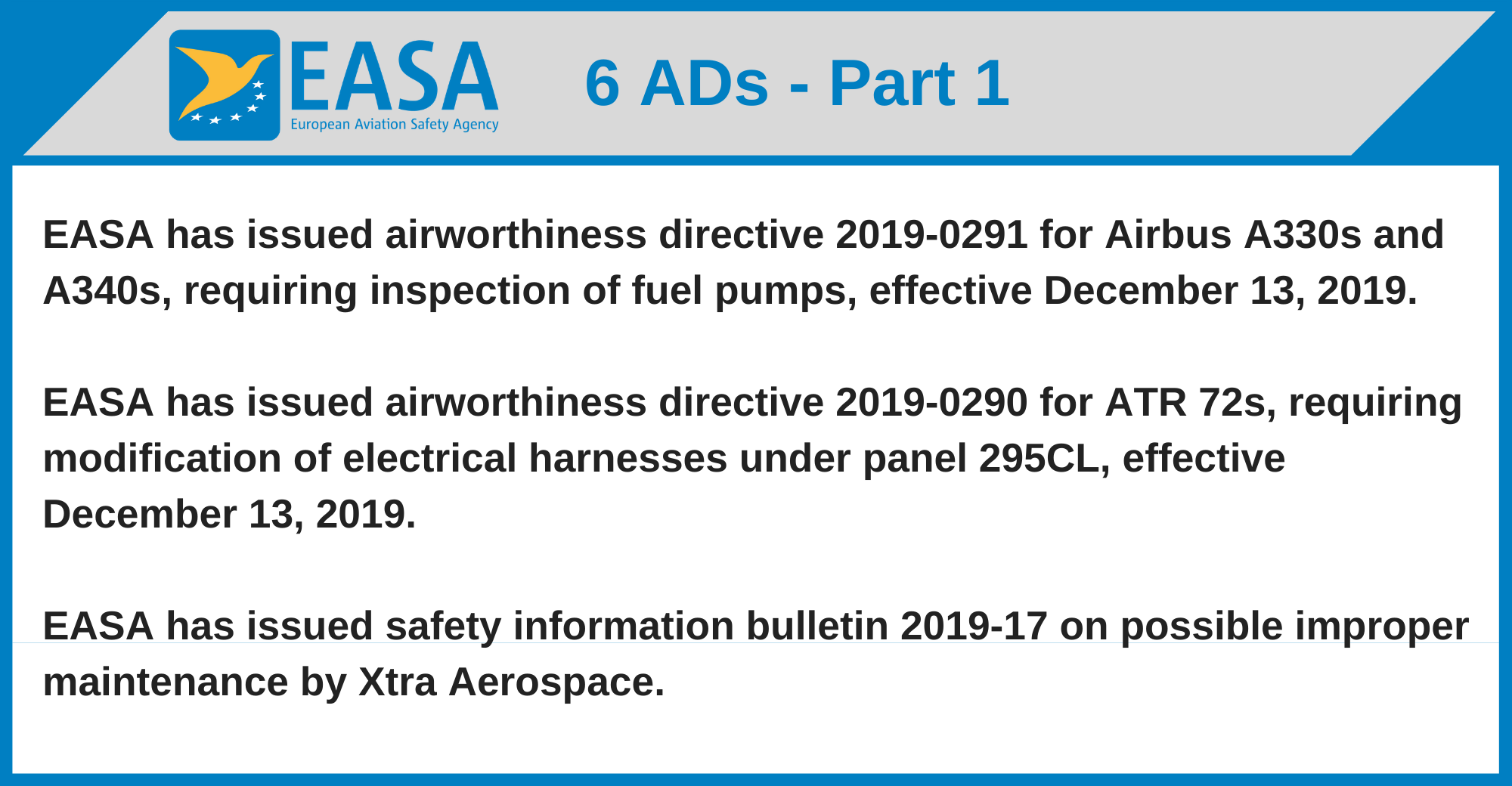 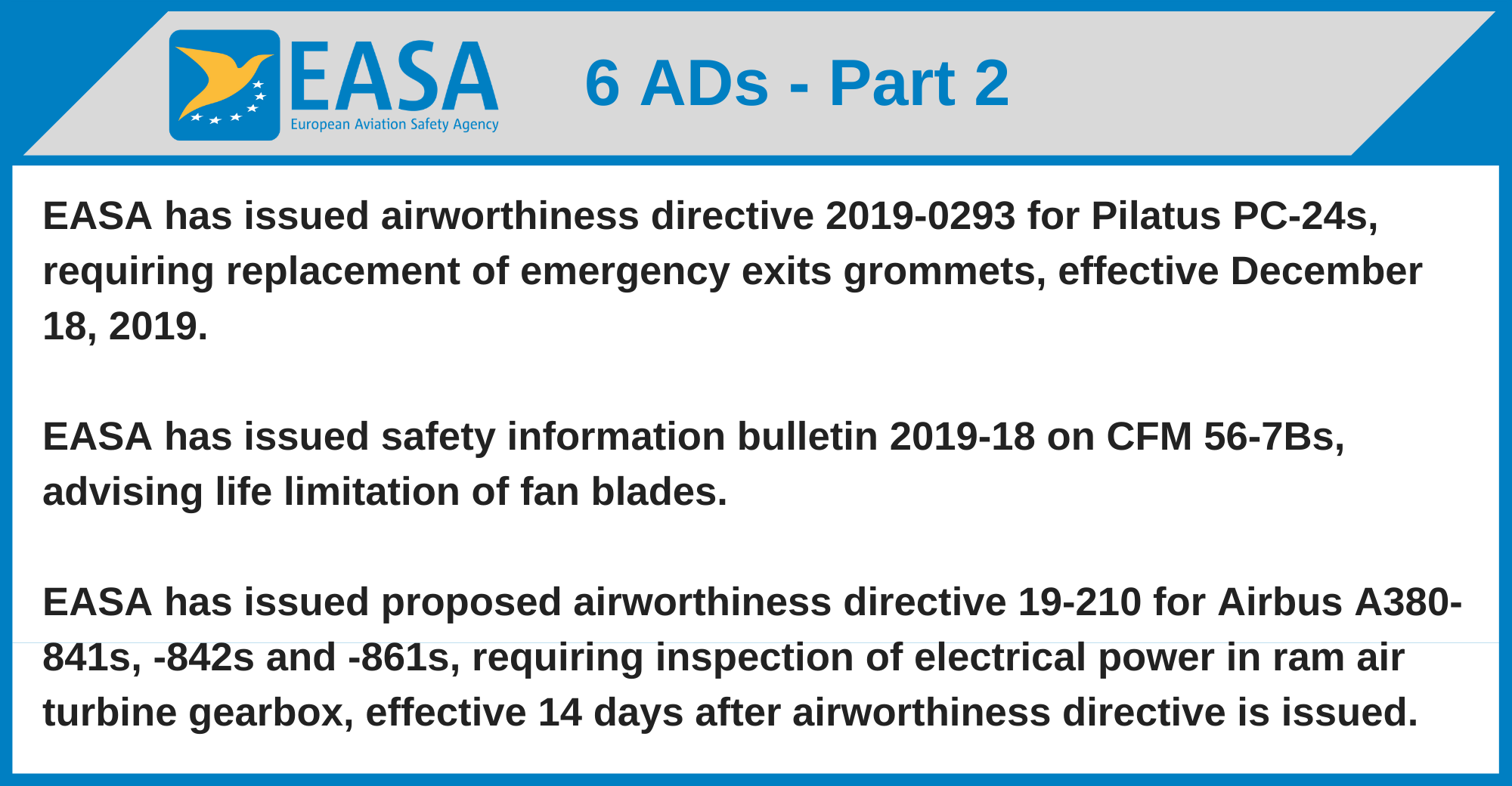 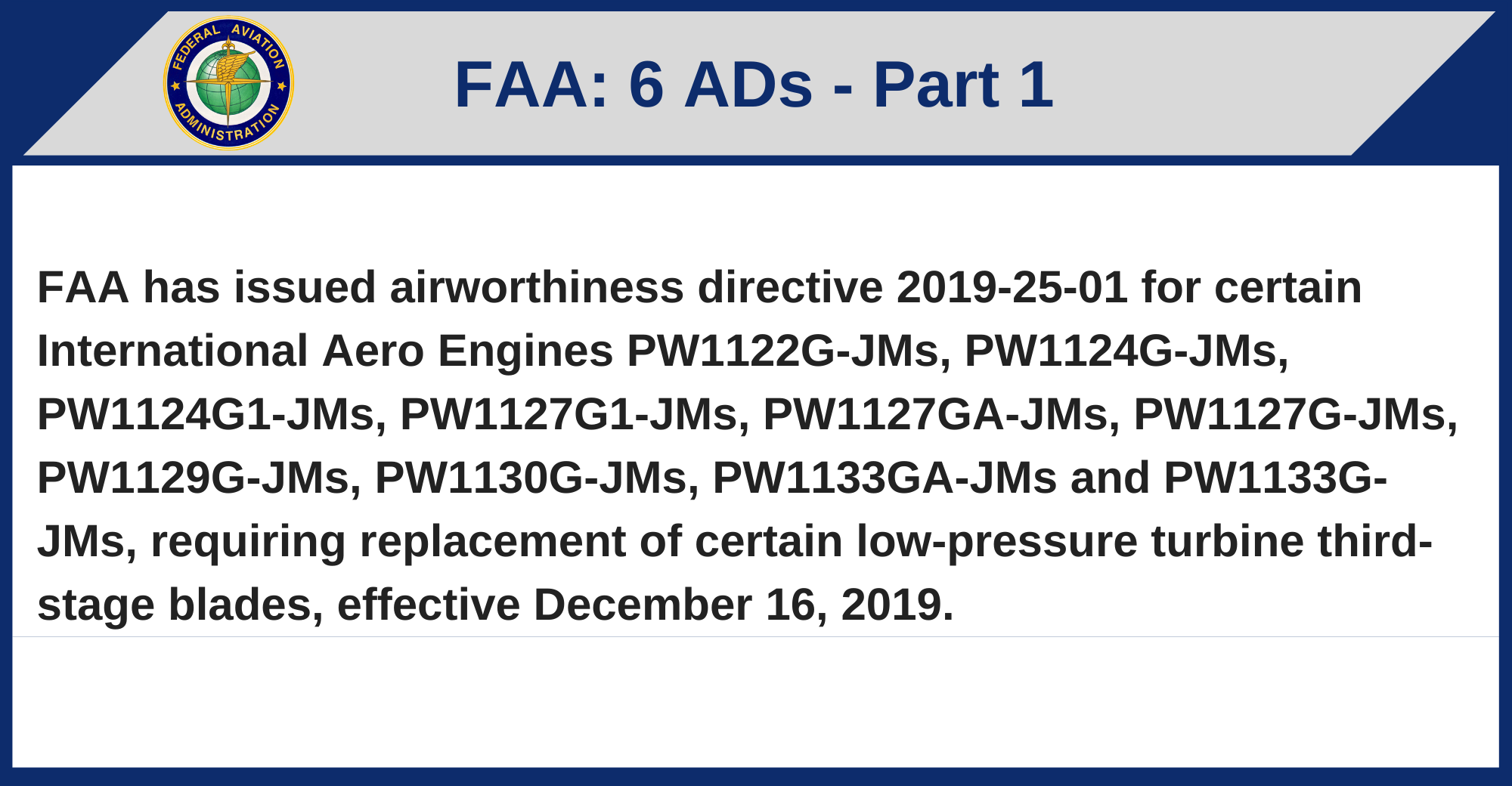 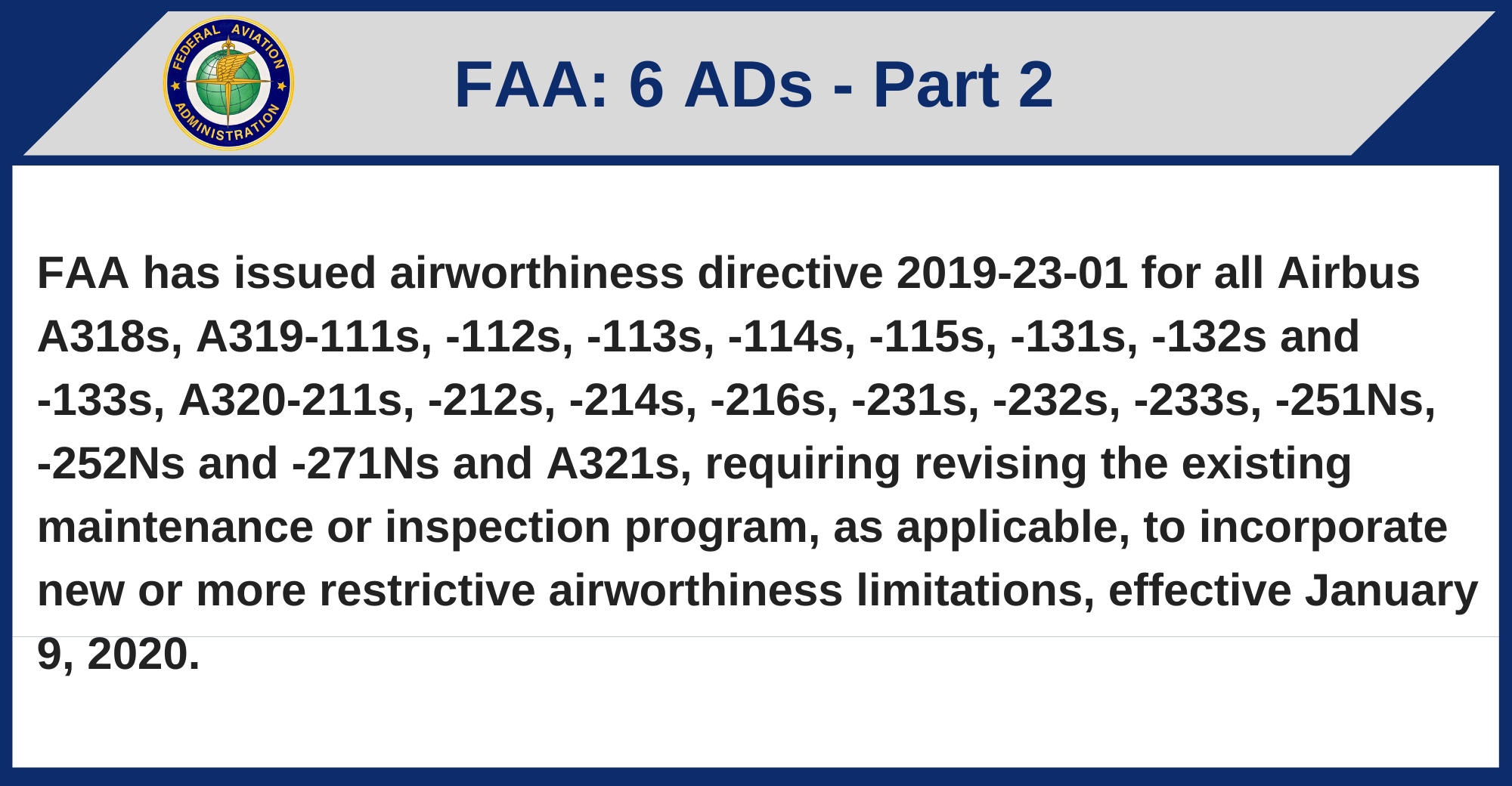 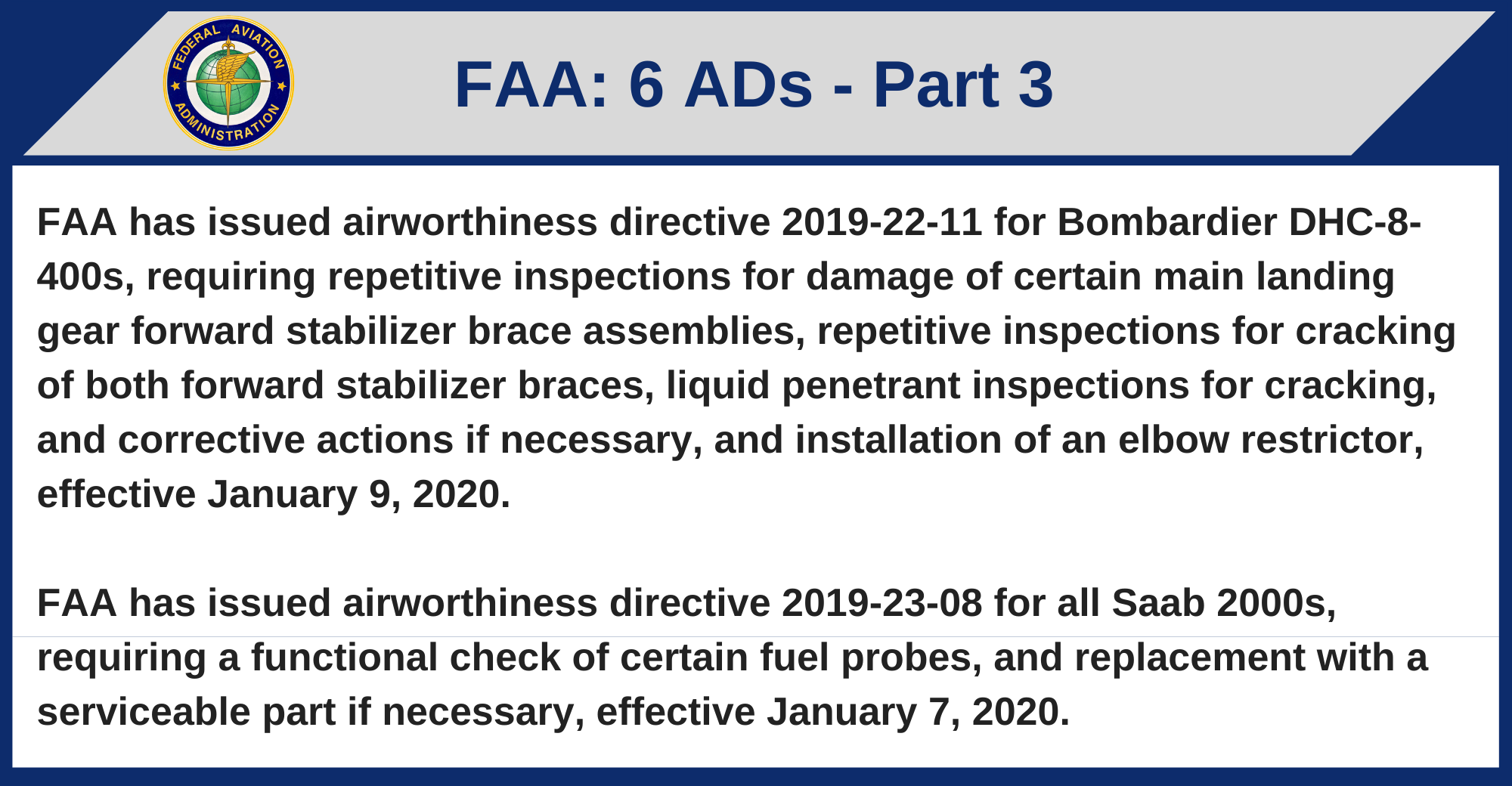 FAA has issued airworthiness directive 2019-23-08 for all Saab 2000s, requiring a functional check of certain fuel probes, and replacement with a serviceable part if necessary, effective January 7, 2020. 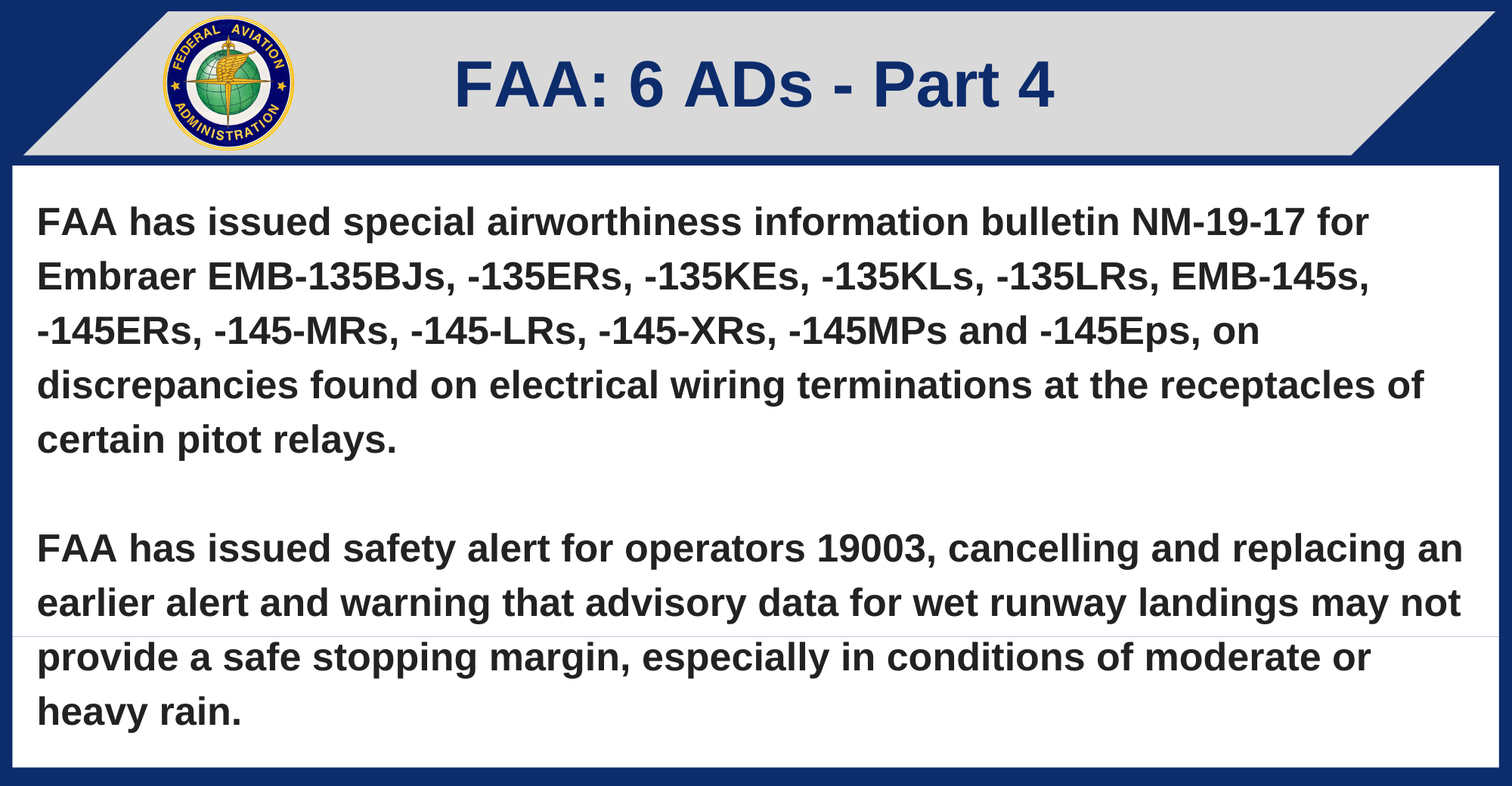 FAA has issued safety alert for operators 19003, cancelling and replacing an earlier alert and warning that advisory data for wet runway landings may not provide a safe stopping margin, especially in conditions of moderate or heavy rain. 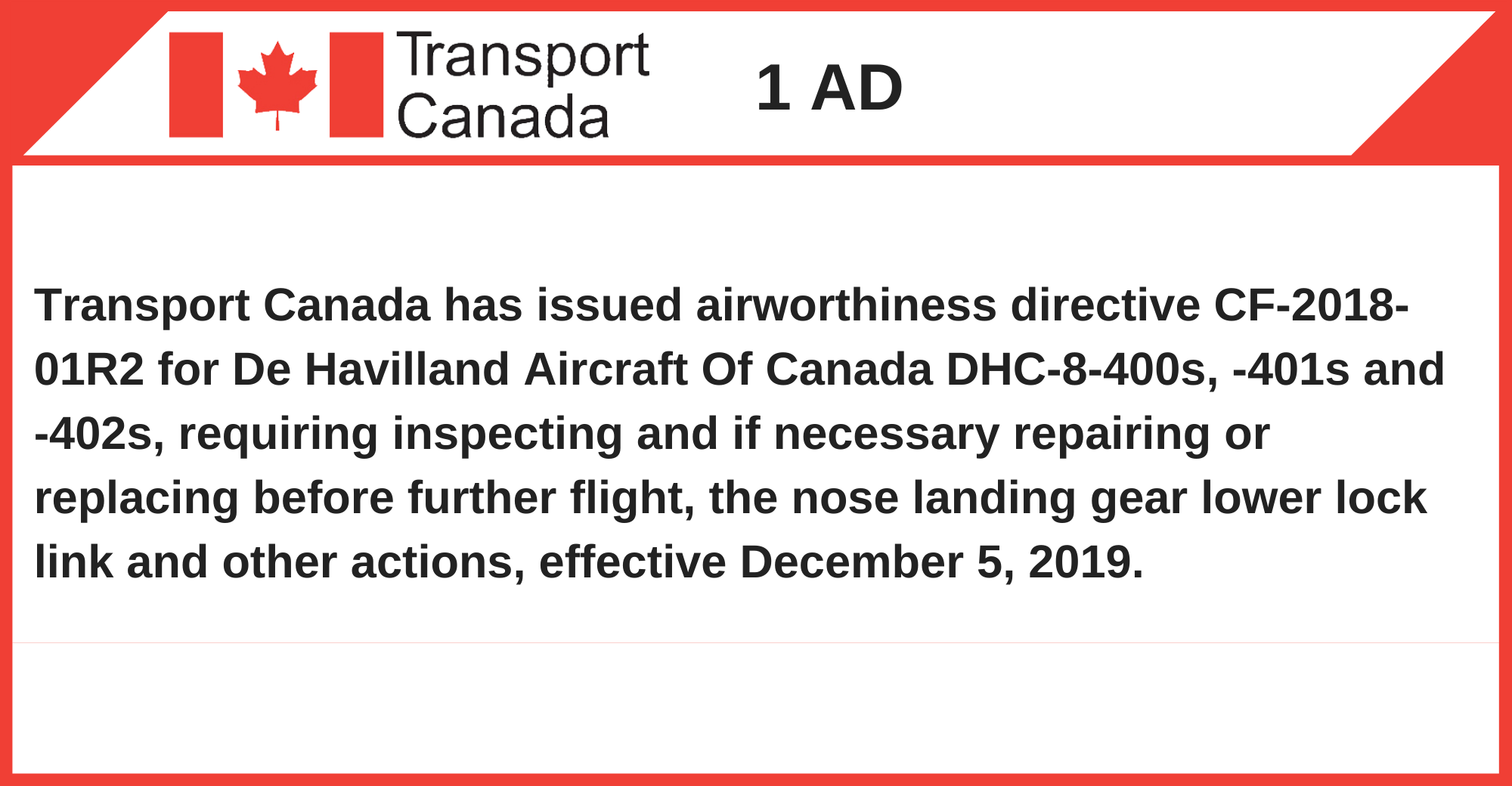