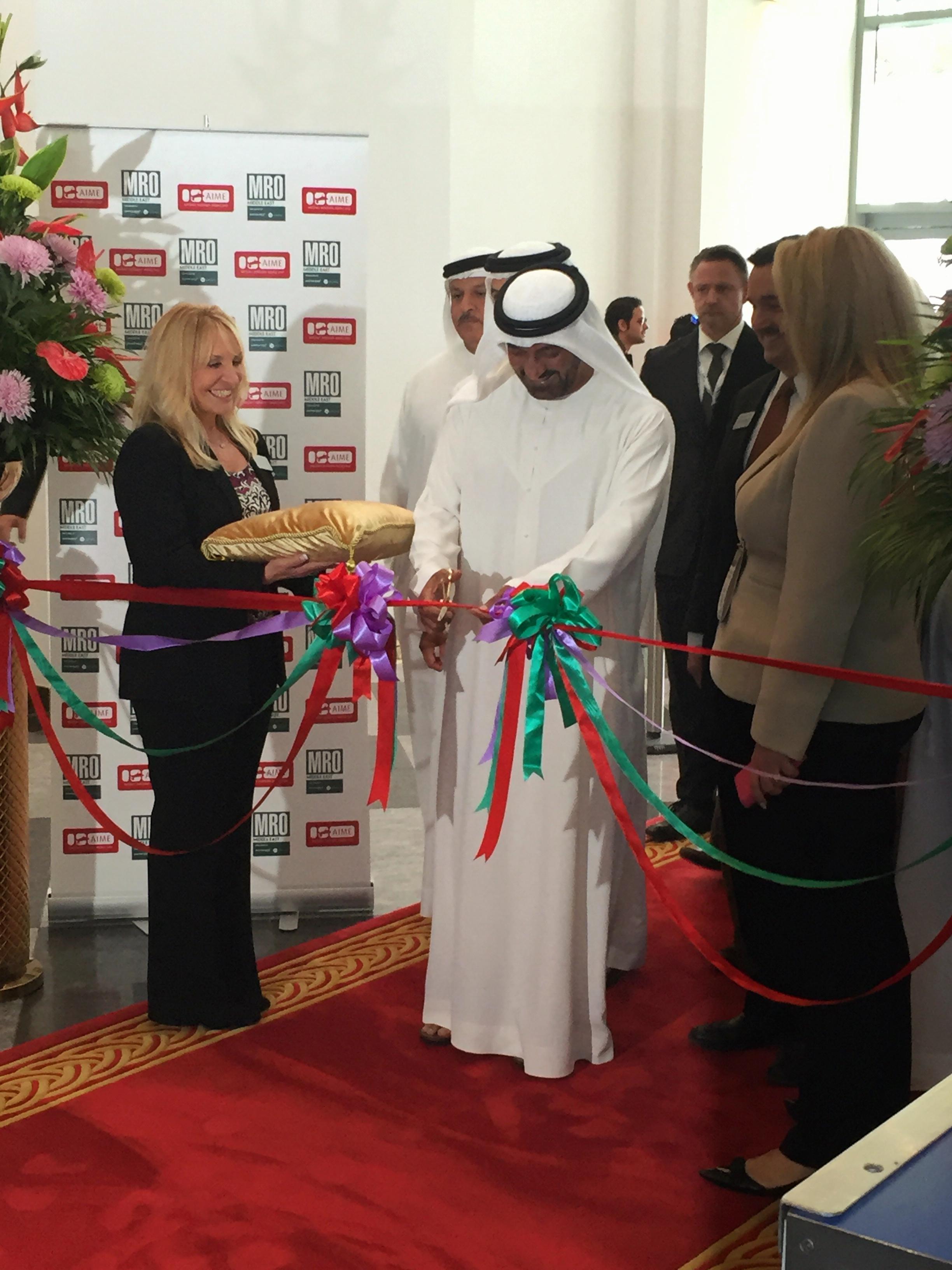 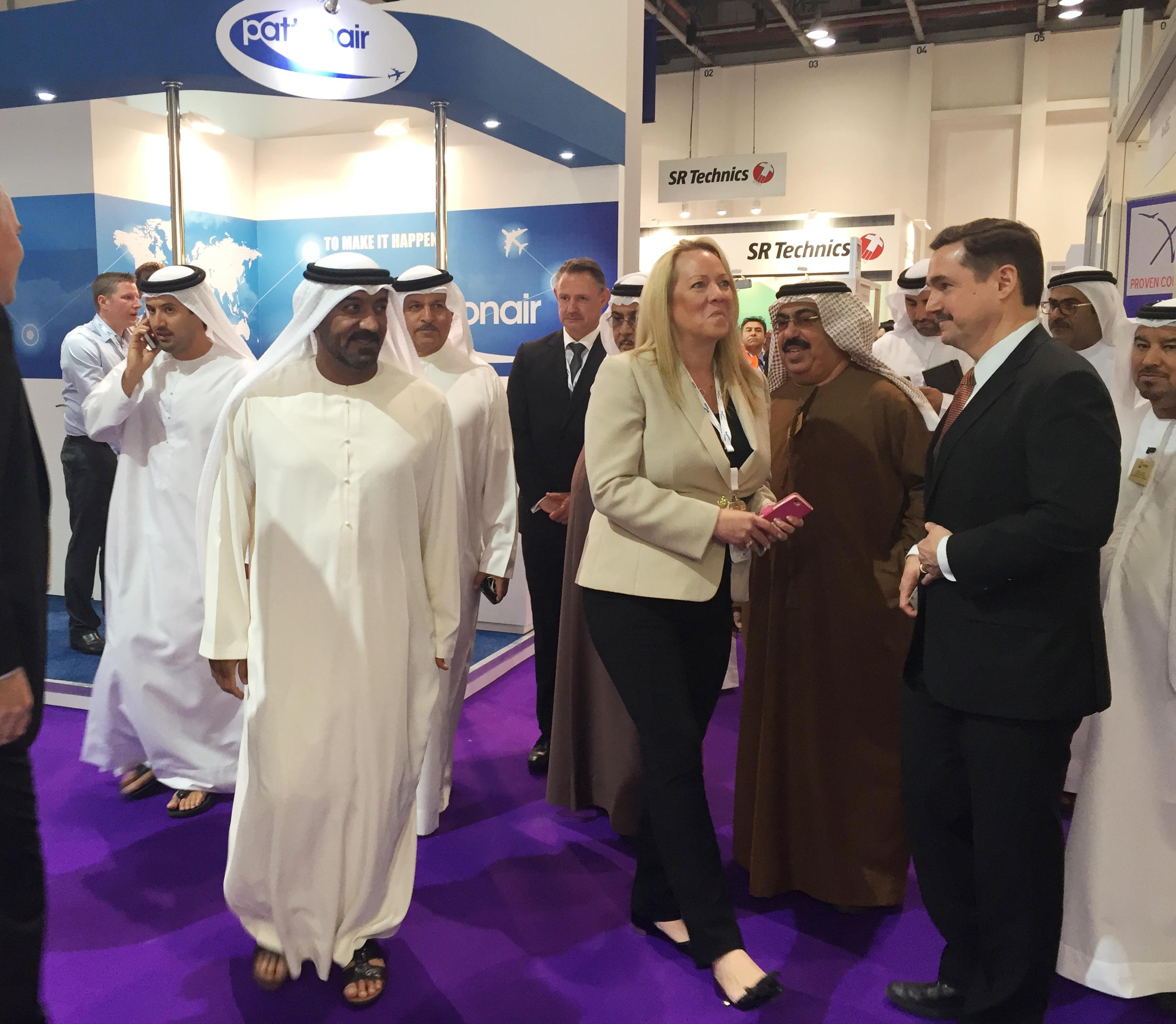 The ceremonial ribbon-cutting was followed by a tour of the exhibition hall. Al Maktoum stopped at several MRO booths including Turkish Technic, Safran and Diehl Industries. 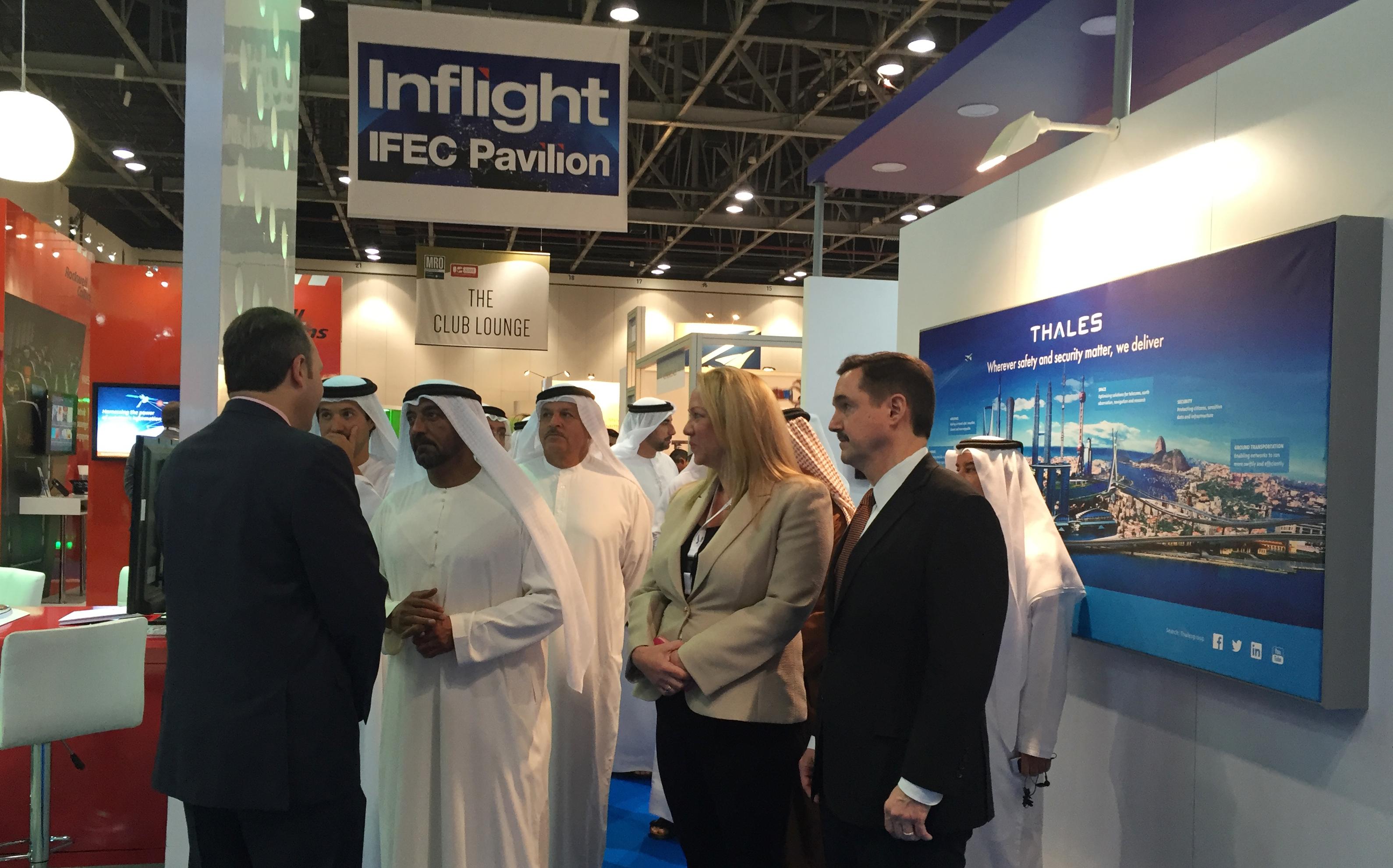 In Al Maktoum's welcome letter to the Dubai World Trade Center, he comments on the regional growth of the MRO industry. He writes, "The Middle East commercial aviation MRO market is growing at a faster rate than the global average, and the worldwide business fleet is estimated to grow to 43,400 aircraft by 2025, with a 10-year MRO requirement of $785 billion." 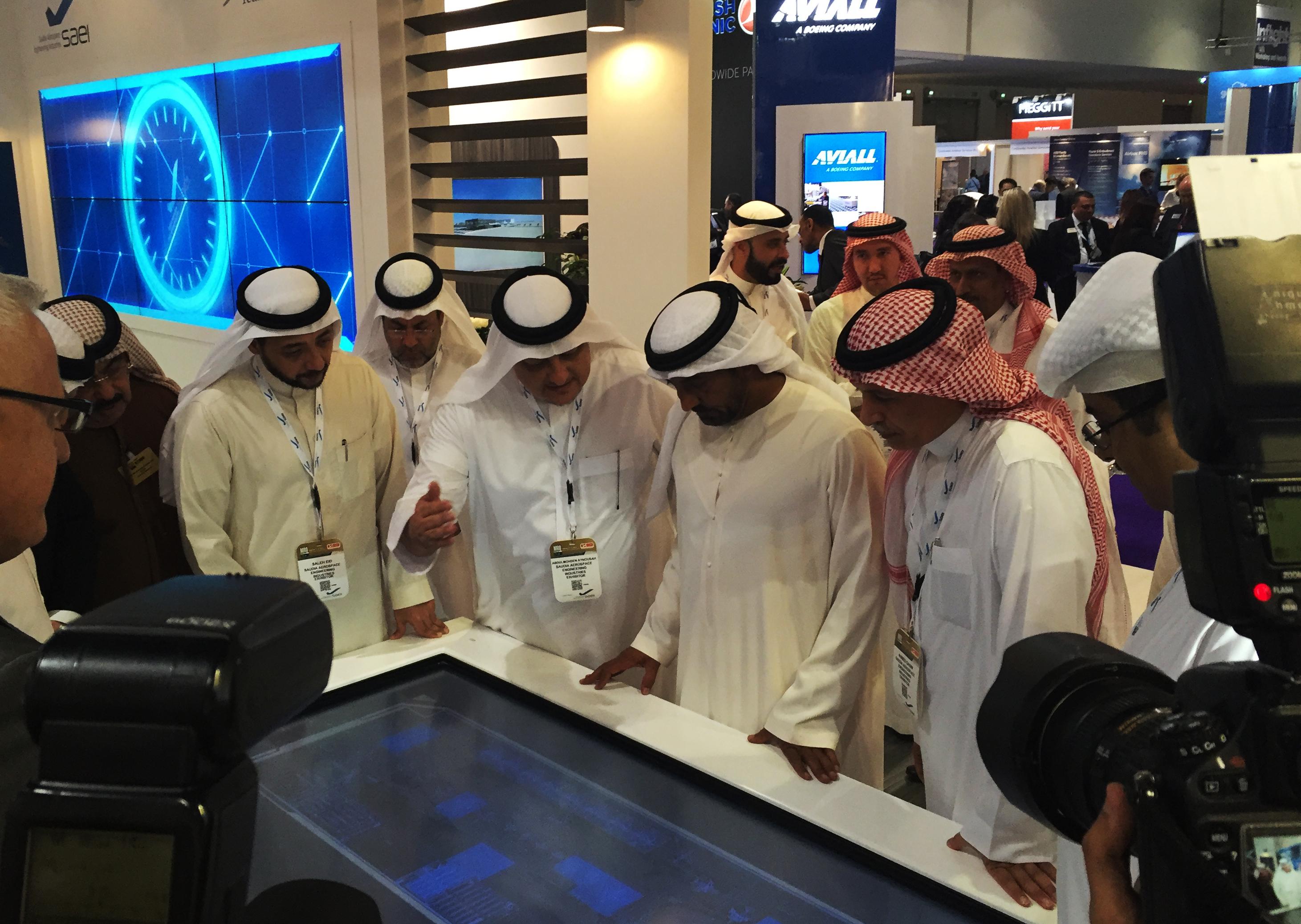 Al Maktoum is the president of the Dubai Civil Aviation Authority, the chairman of Dubai Airports and the chief executive and chairman of Emirates Airline Group. Pictured here is his stop at the Saudia Aerospace Engineering Industries booth. 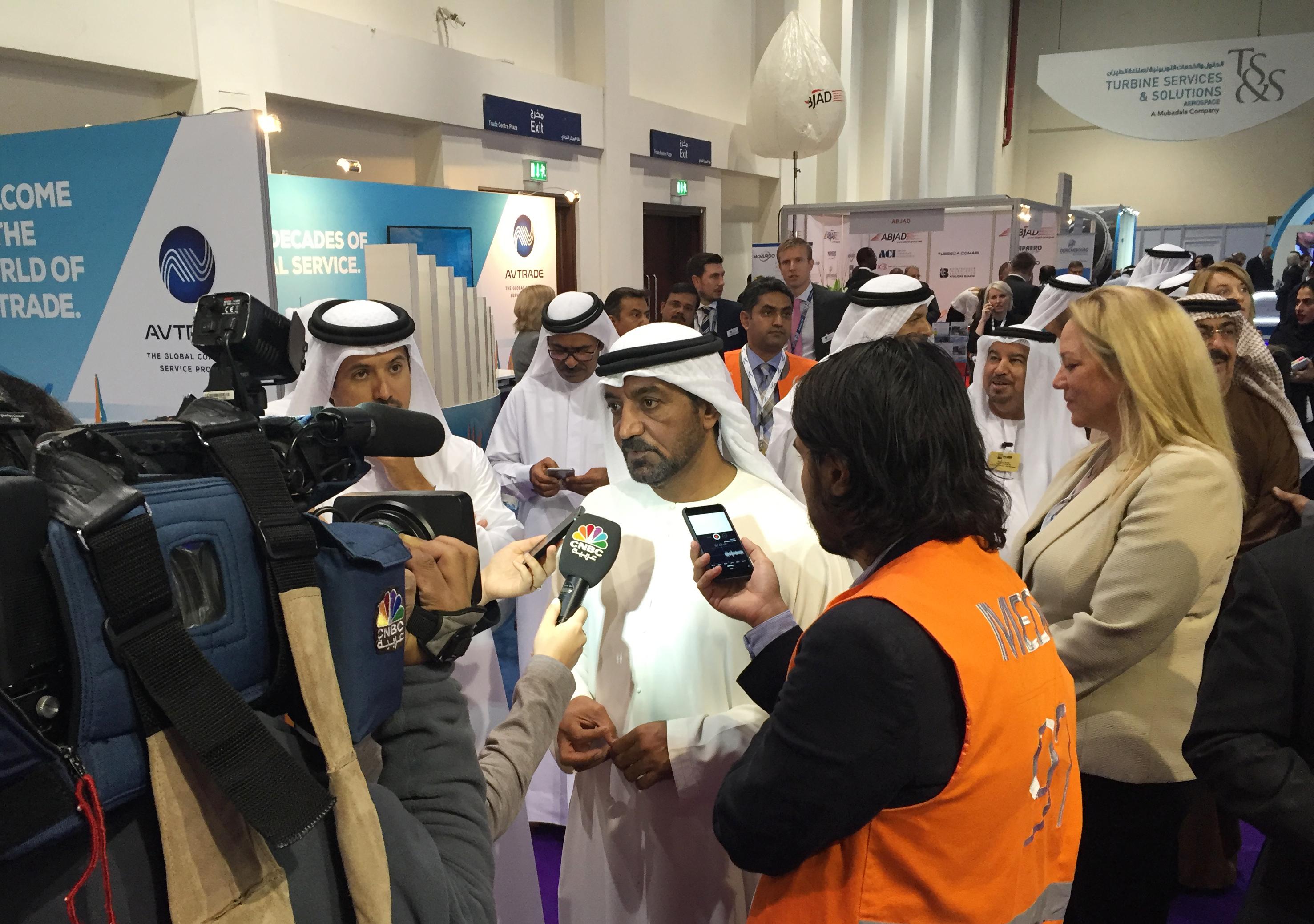 MRO Middle East is a two-day conference and exhibition held in Dubai. This year, more than 185 providers are exhibiting and 40 airline, MRO and industry speakers and panelists are participating in the conference.