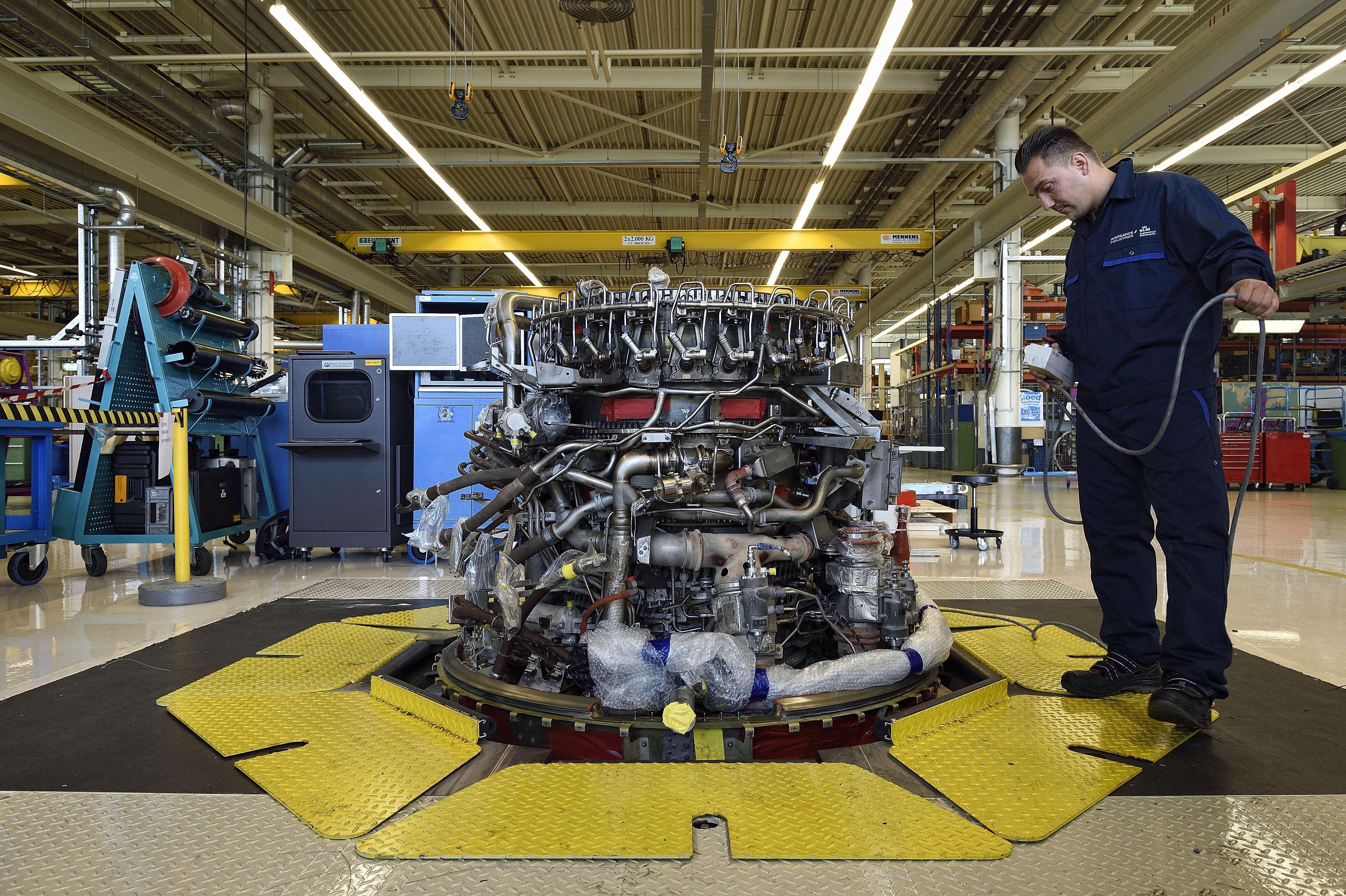 Vertical engine pits were created within the KLM's Schiphol Airport facility to service the GEnx 1-B engine, and more will be created as needed. The construction consisted a 4x13x4 meter pit built into the concrete and took four months to complete. Overall, AFI KLM E&M services over 1,800 CFM and GE engines. 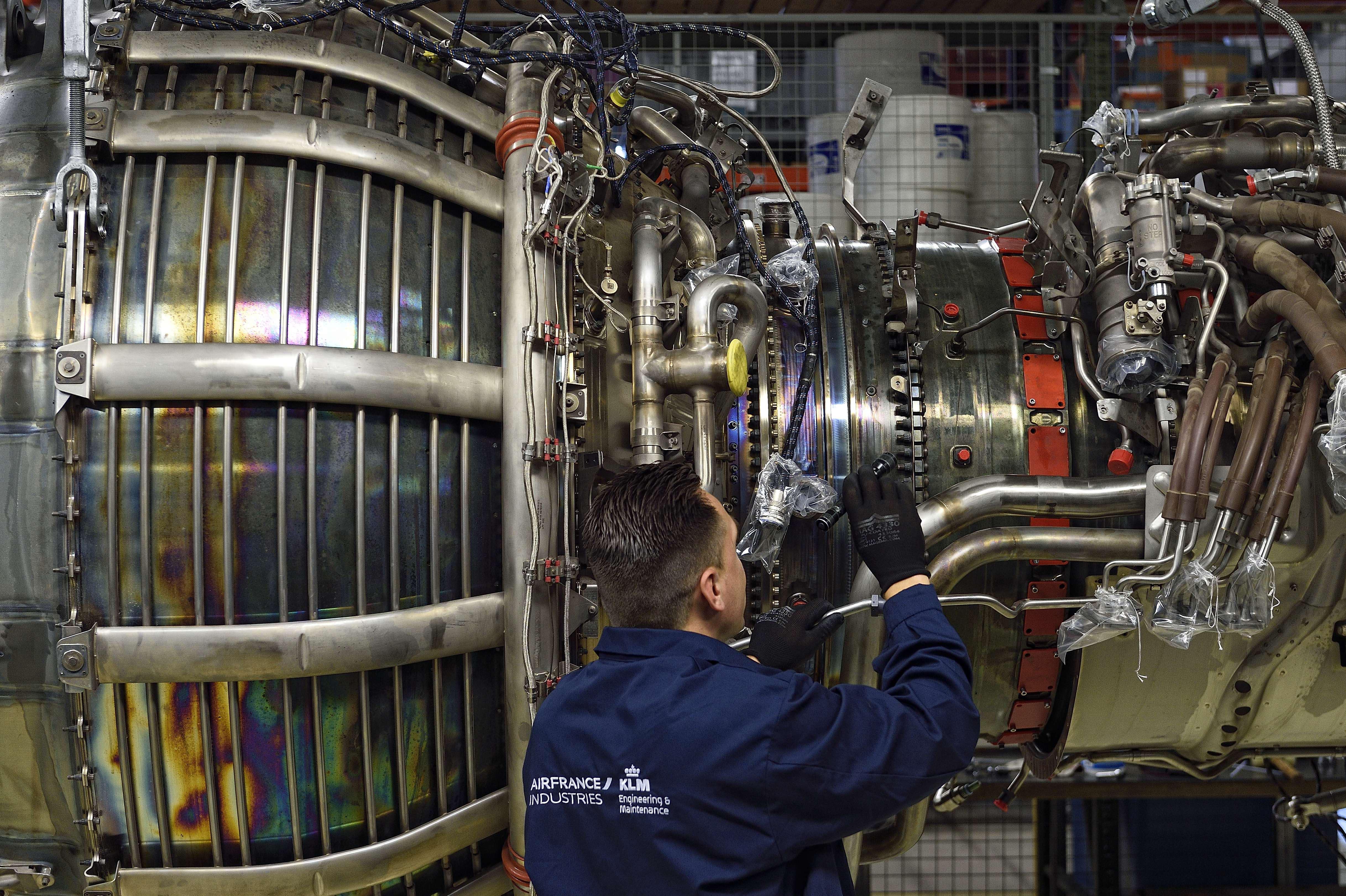 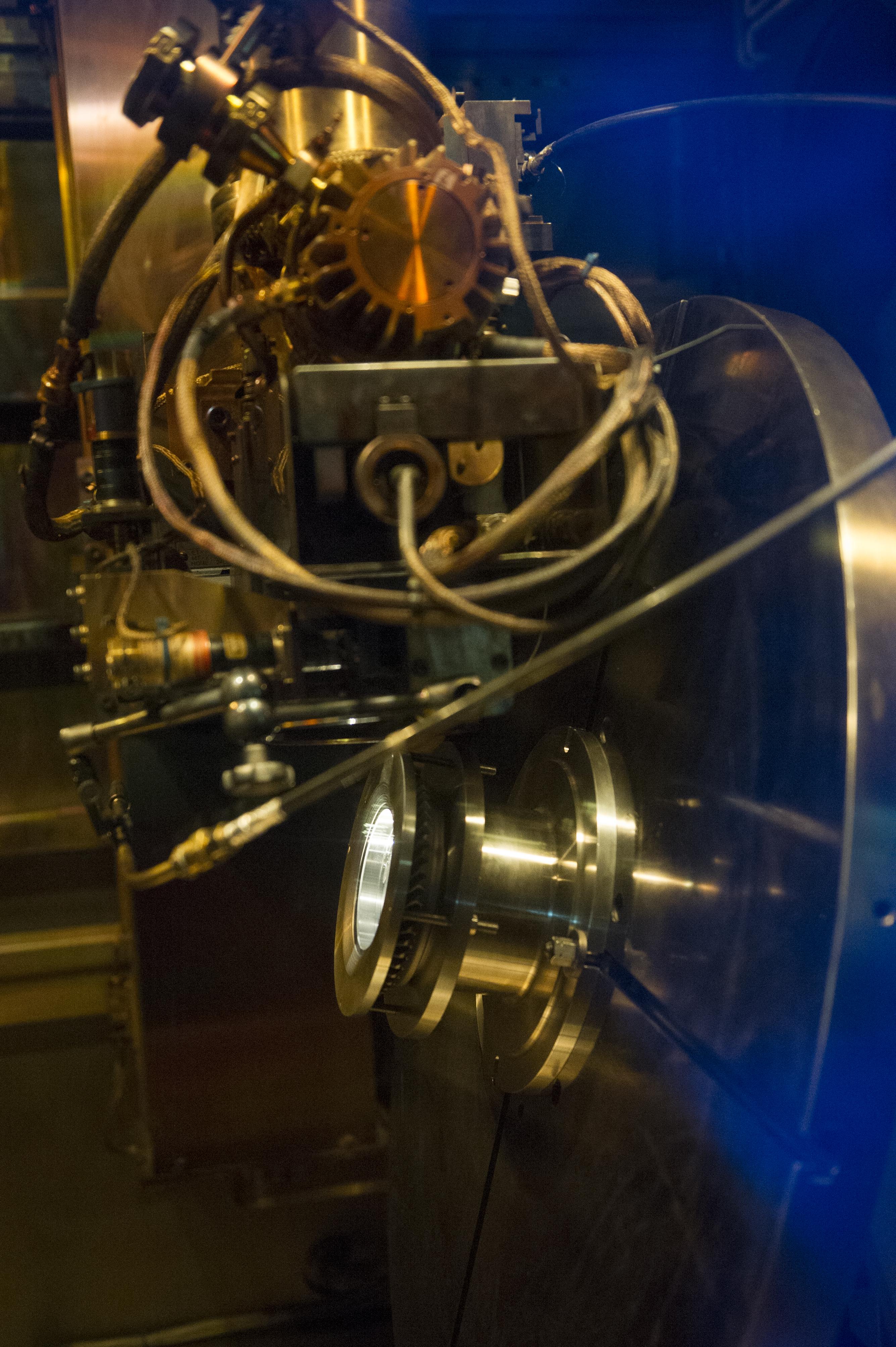 Electron Beam Welding technology (E-Beam) was developed by AFI KLM E&M to repair the bevel gear shaft forward thread, called Repair 005, and can be performed within the standard repair window - eliminating the need for a part exchange/rotable, and is available for most of the CFM56 engine family including the -5A, -5B, -5C and -7B. This technology enables repairs, therefore reducing the need to purchase new parts, and minimizes scrap material. Low heat is used so the part is only minimally distorted compared to other welding methods. 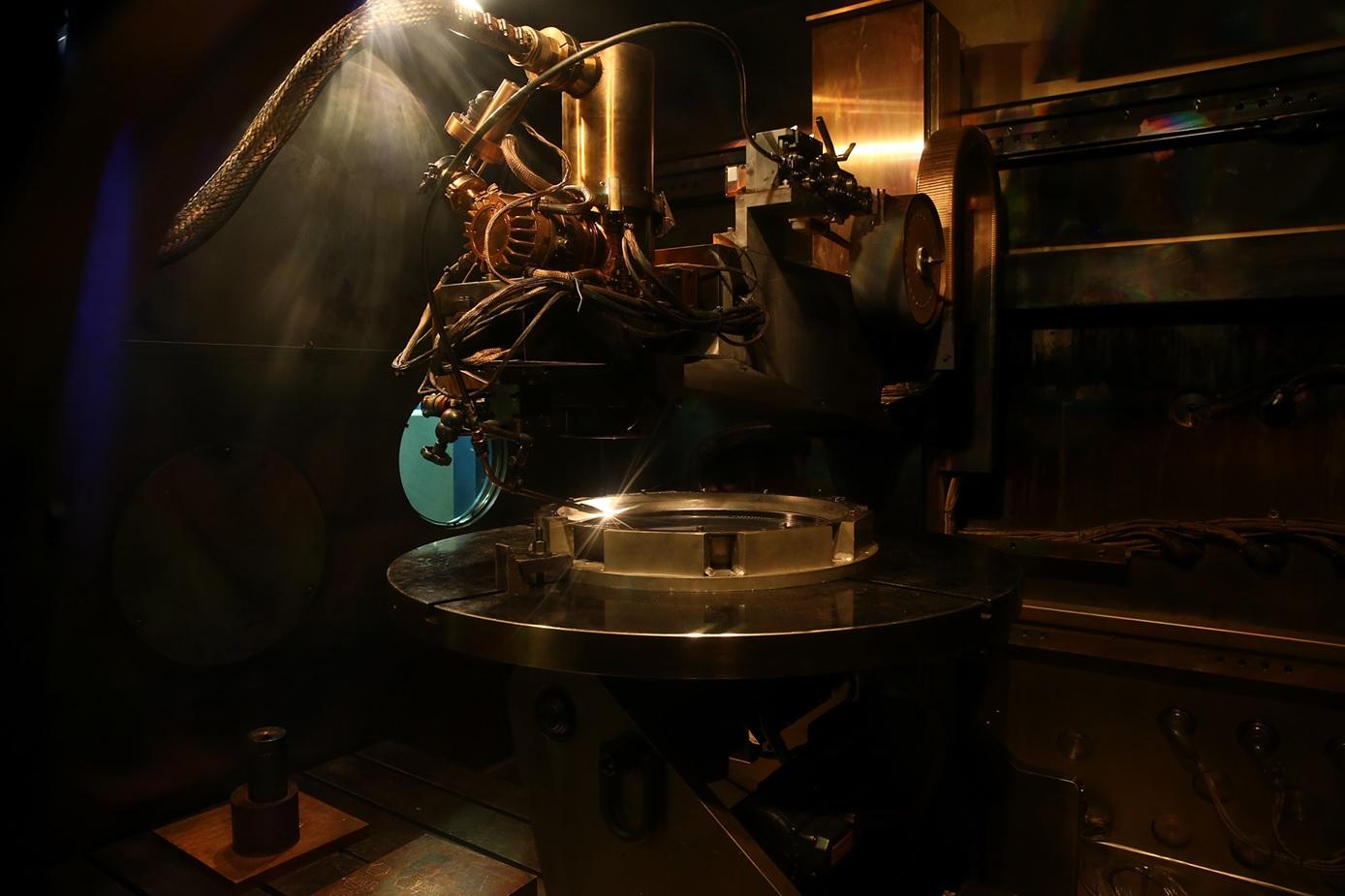 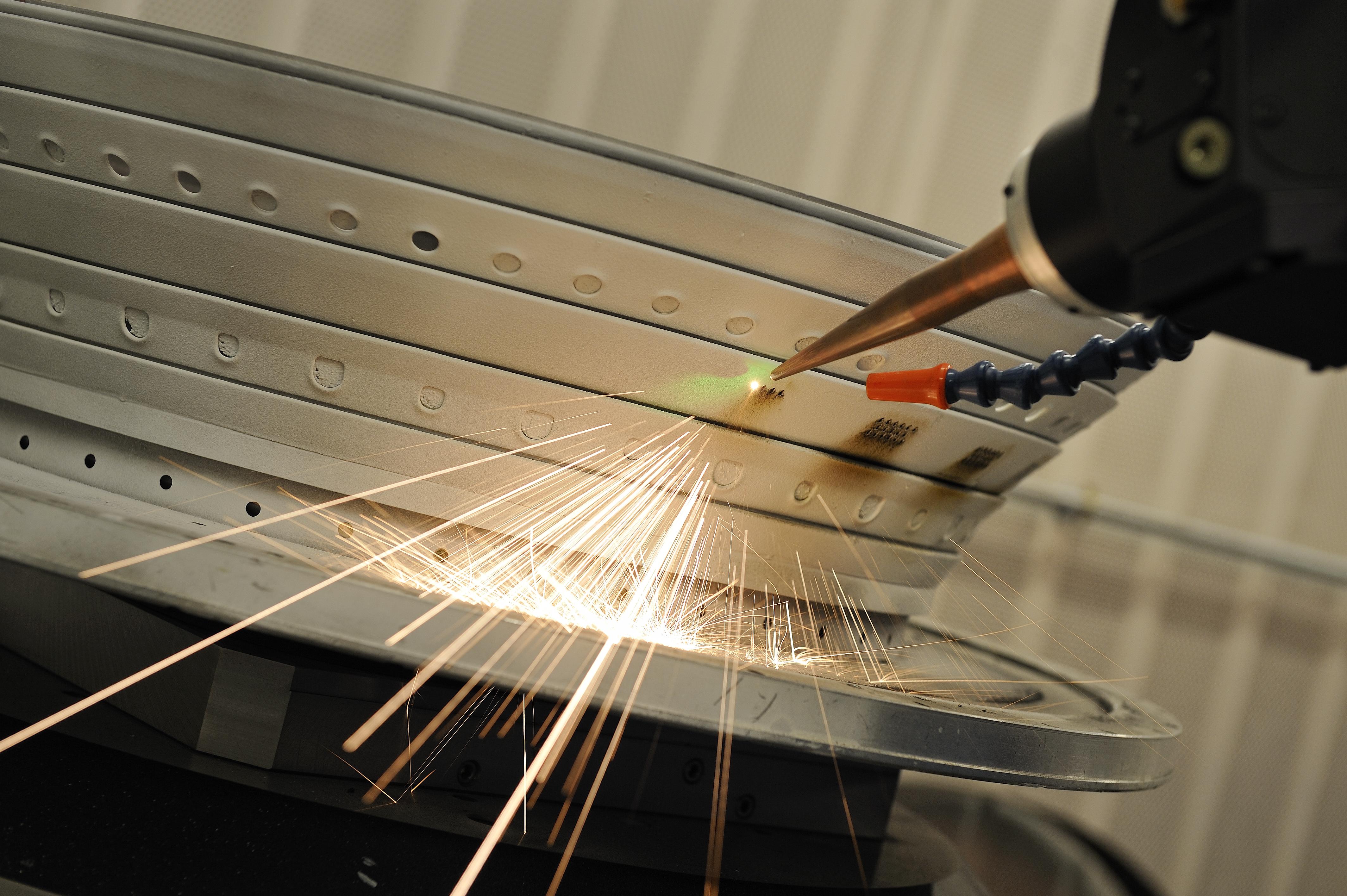 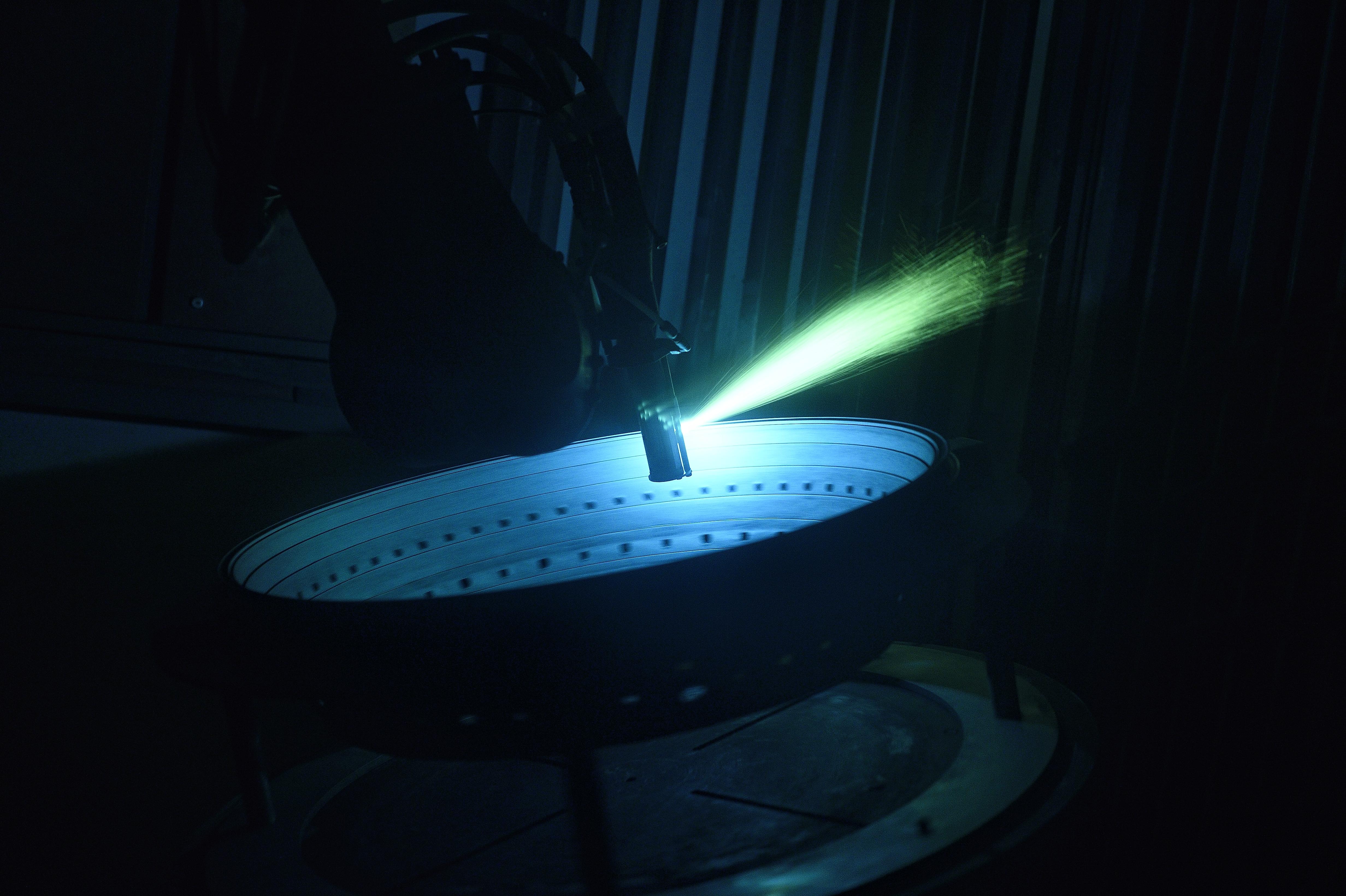 Previously, the APS process was done manually, but now through the programming process, it can be set up once in 1-2 weeks. This change reduces safety risks by removing the technician from ultra-high temperatures and metal powders. 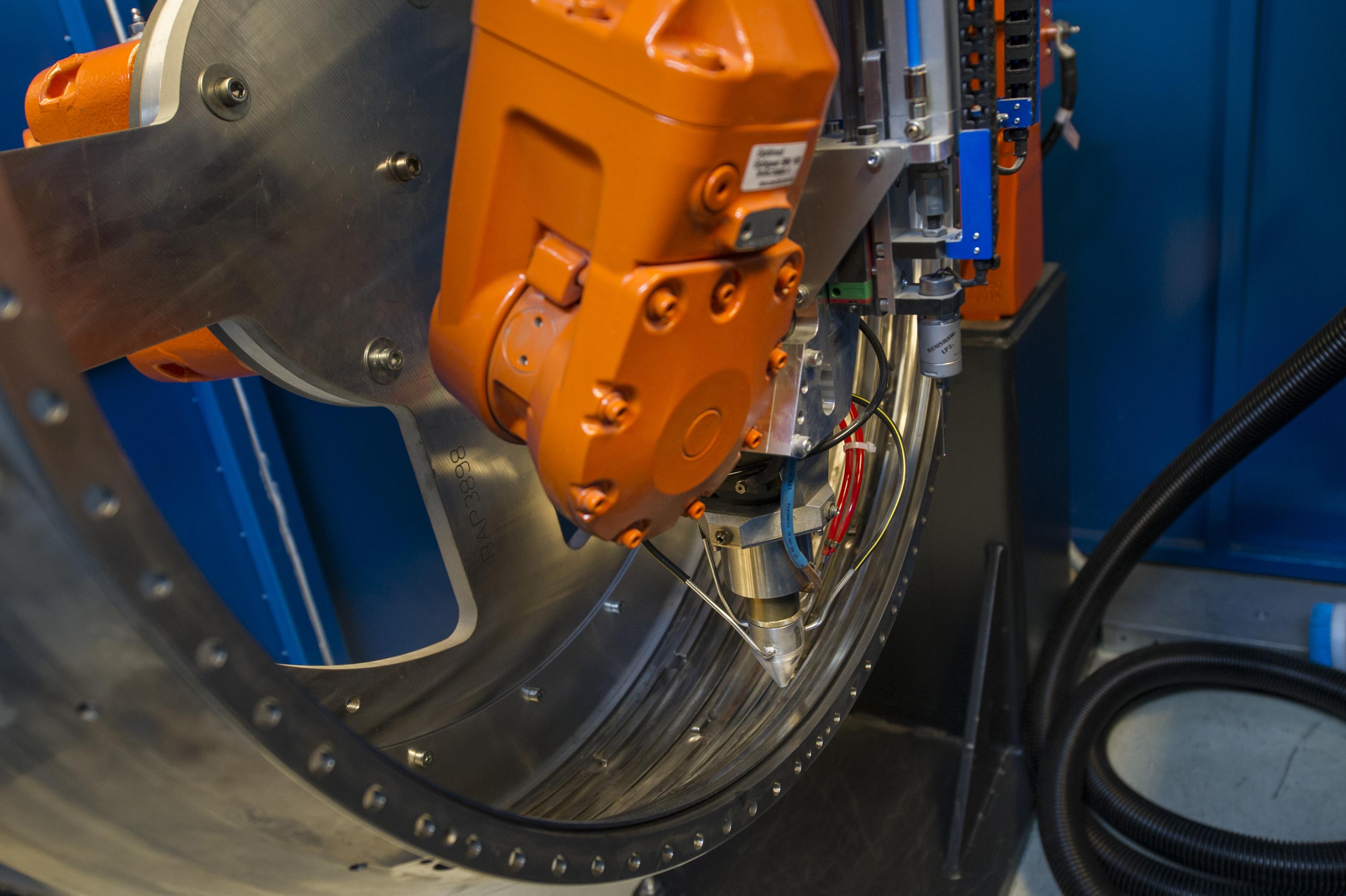 Laser cladding involves feeding powder into a laser beam and selectively applying it to a designated area. According to Martin Plantinga, AFI KLM E&M  laser cladder operator and developer, one of the items that cannot be recycled is the residual dust, which is filtered and then disposed of. The additive manufacturing process possess high welding quality with low heat input, resulting in minimum shrinkage. 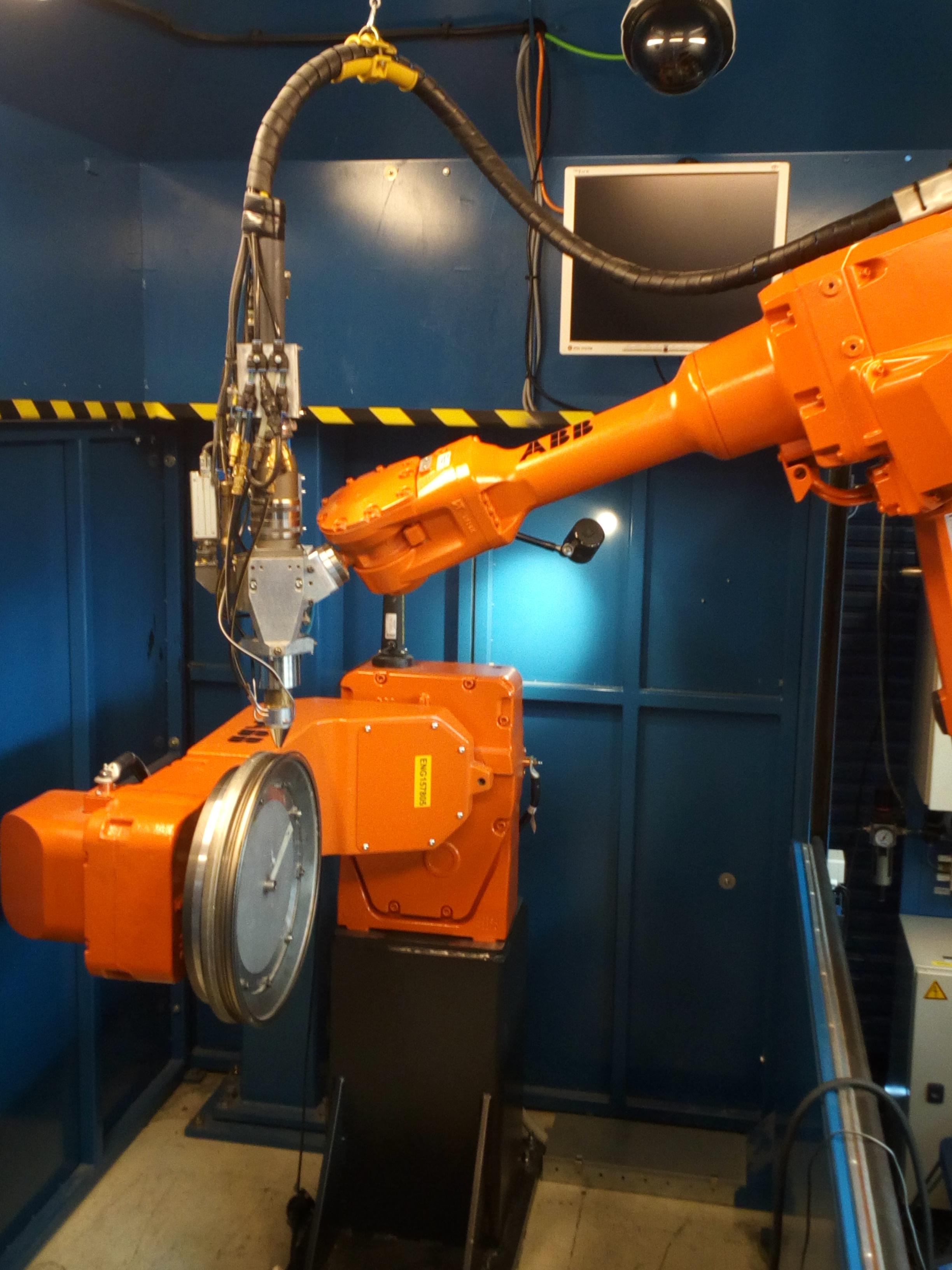 The laser cladder also can be used as a metal 3-D printer, and its programming is based on 3D models. The program can run offline or outside of the work environment. The new robotic machine envelope has container walls that can slide, so the material or part can be moved from one side to the other without being exposed. The machine is powered by the Trumpf 1006D HL and is used for rail restoration of the LPT Case and several seal teeth repairs.

Inside MRO toured Air France Industries KLM Engineering and Maintenance (AFI KLM E&M) facilities at Schiphol Airport in Amsterdam. AFI KLM E&M and its MRO Lab program have developed new repair processes using robotics in the workshops and hangars to service the Airbus A380 and A350 and Boeing 787.

*This article was updated at 7:30 AM Central November 28