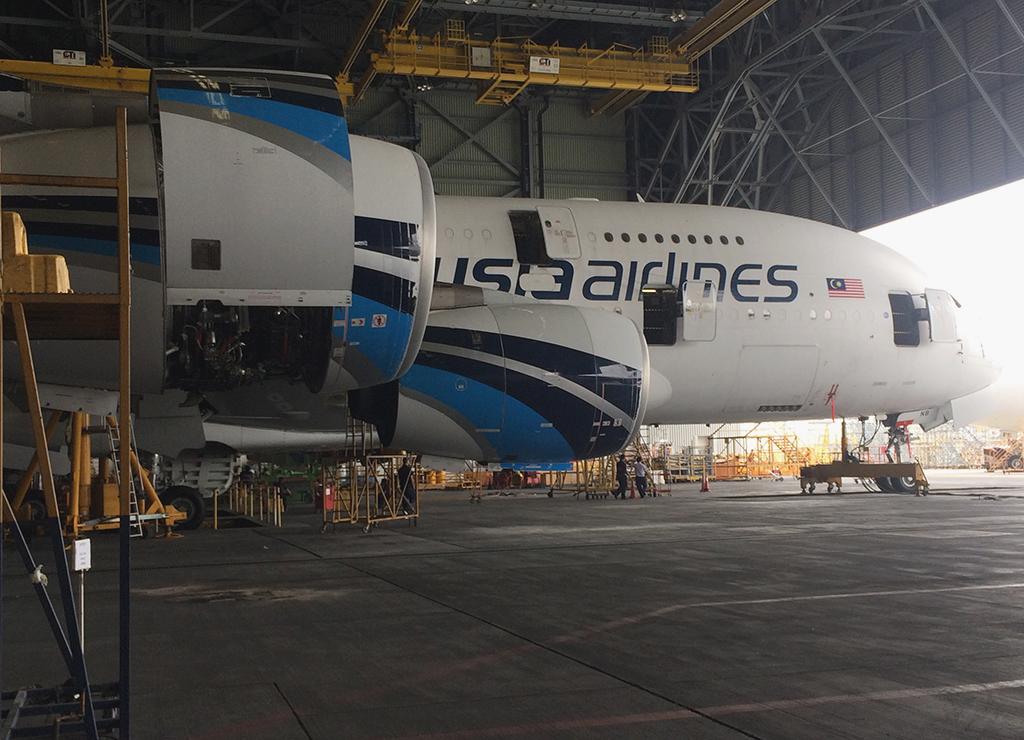 Malaysia Airlines is in the process of completing C3 checks on its fleet of six Airbus A380s in KLIA’s hangar six, which it mainly uses for widebody work. The aircraft pictured was the second of the airline’s A380s to go through the heavy check. 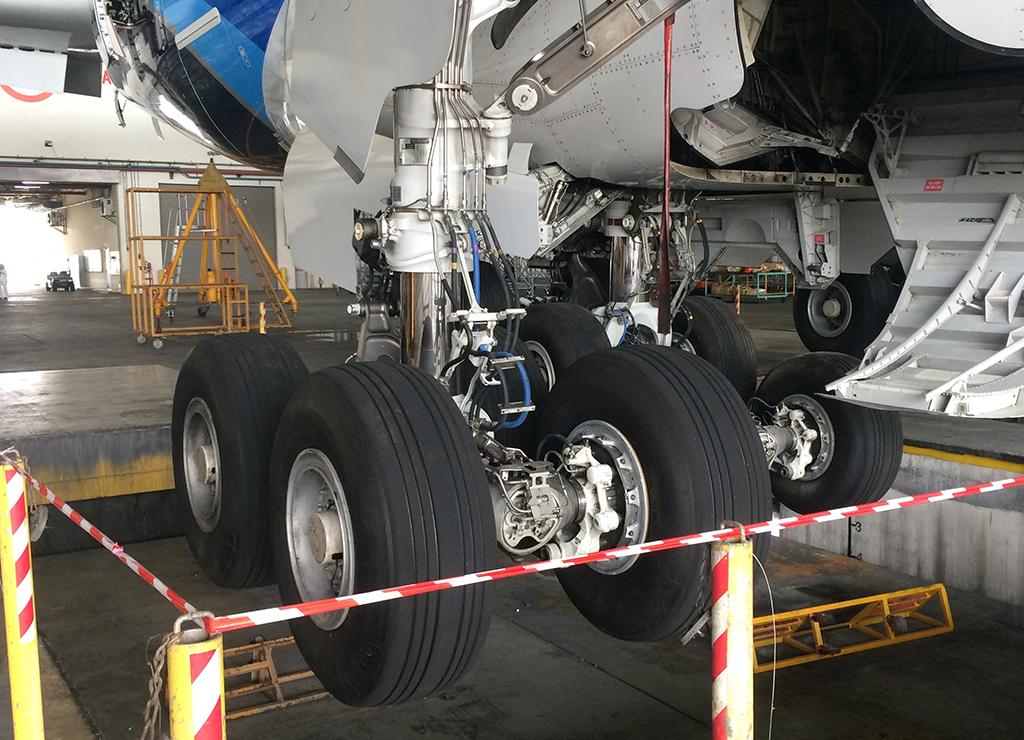 Suspending A380s over pits allows the undercarriage to be fully deployed and retracted during testing. 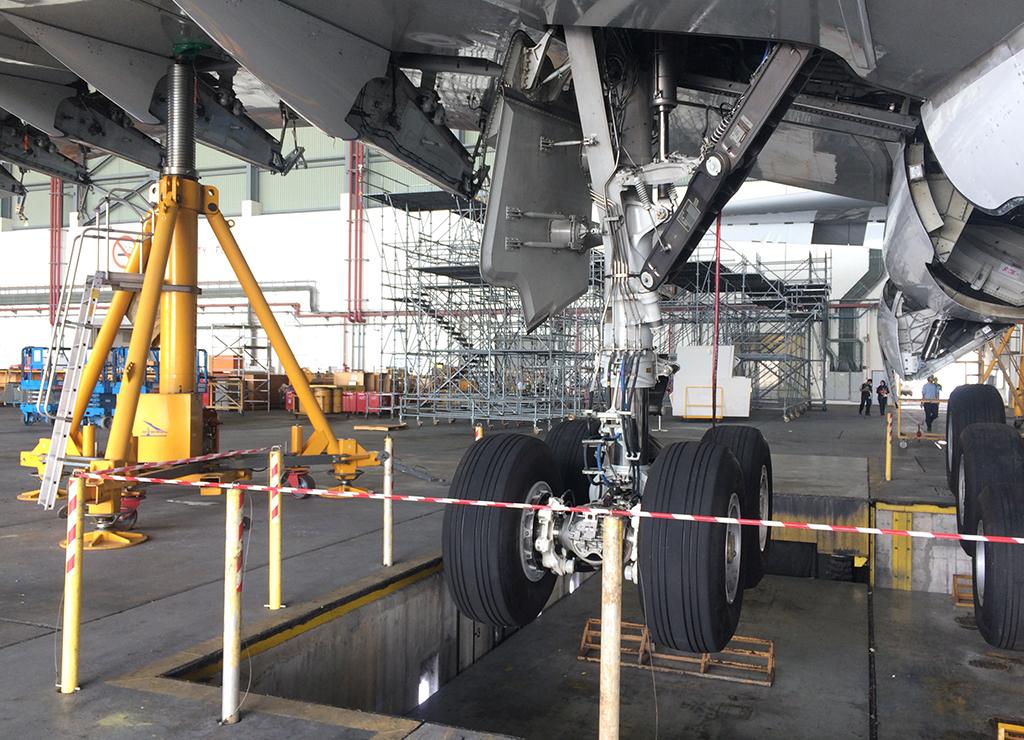 The A380 is completely supported by three hydraulic jacks during undercarriage testing. 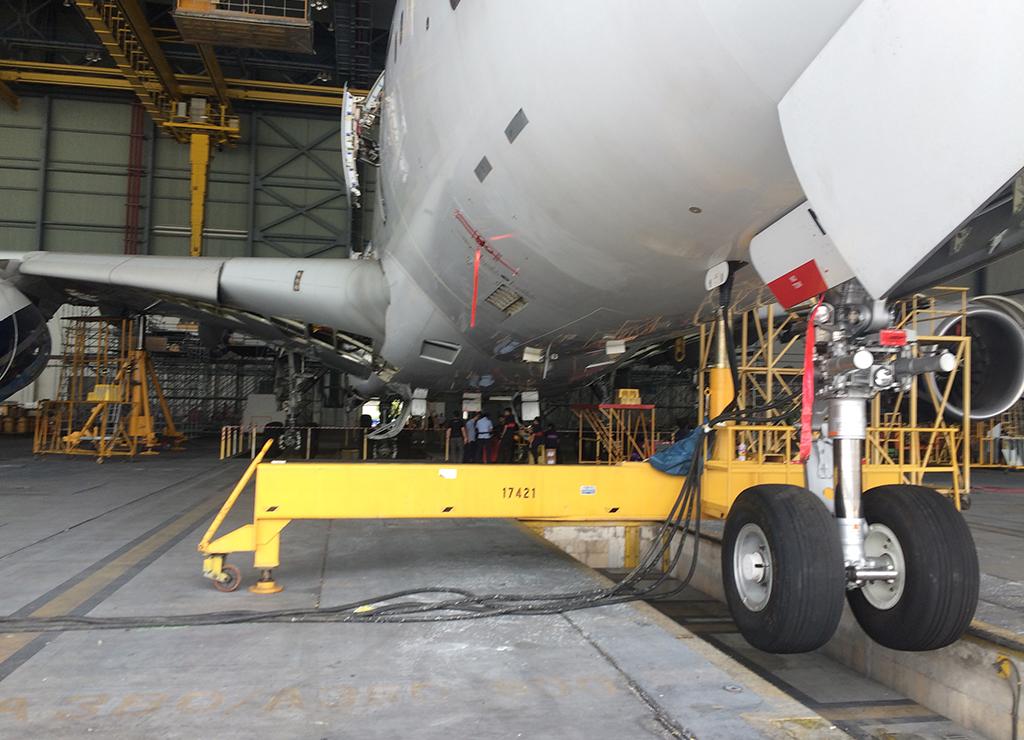 The hydraulic jacks are located under the nose and under each wing of the aircraft. 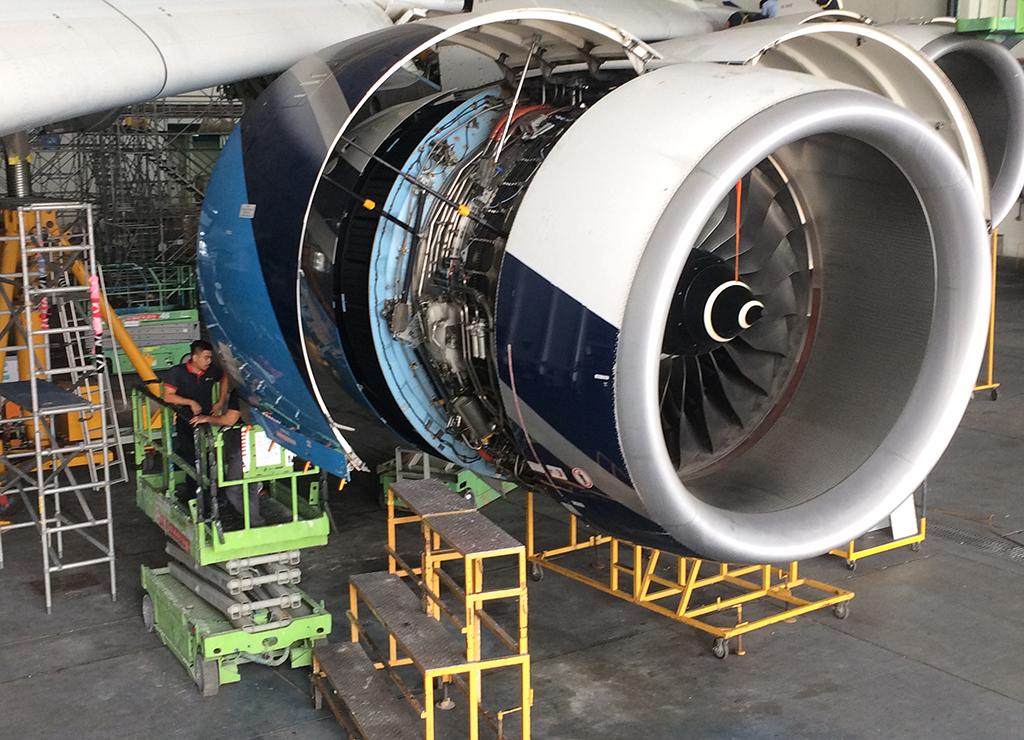 Engineers work on an A380 engine at KLIA, although the airline’s engine heavy maintenance is outsourced. 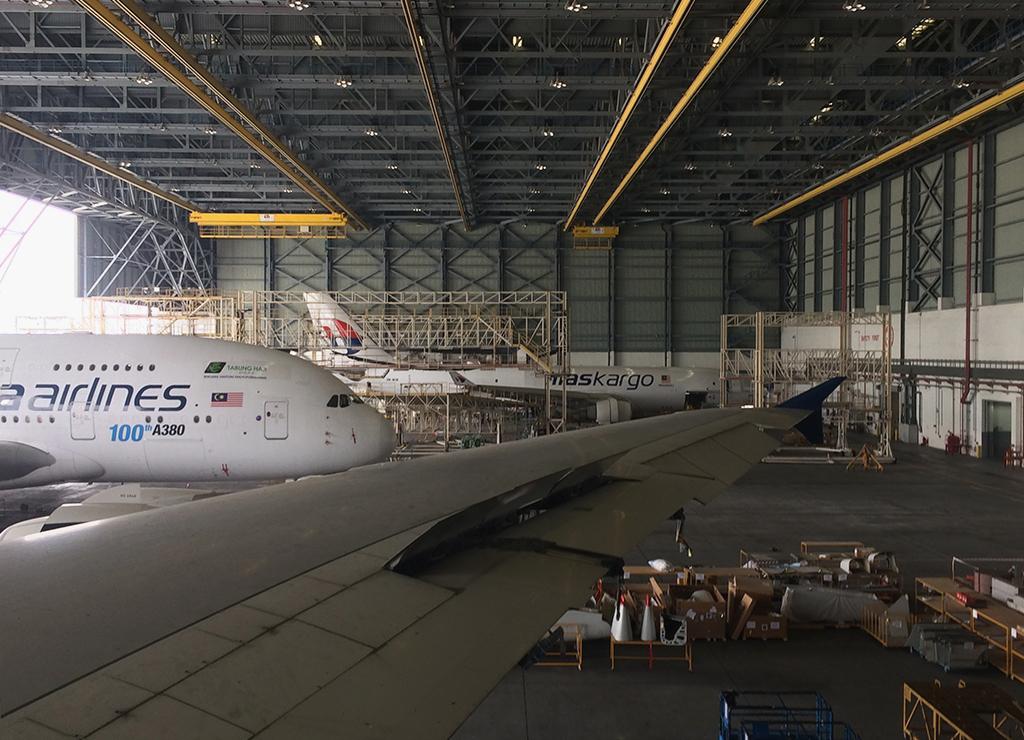 Malaysia Airlines operates one heavy maintenance line in its hangar six at KLIA, although it could potentially fit two A380 lines. Pictured in the foreground is the wing of an A380 undergoing heavy maintenance, and beyond it is the nose of another A380 which is parked in the hangar but not in heavy maintenance. 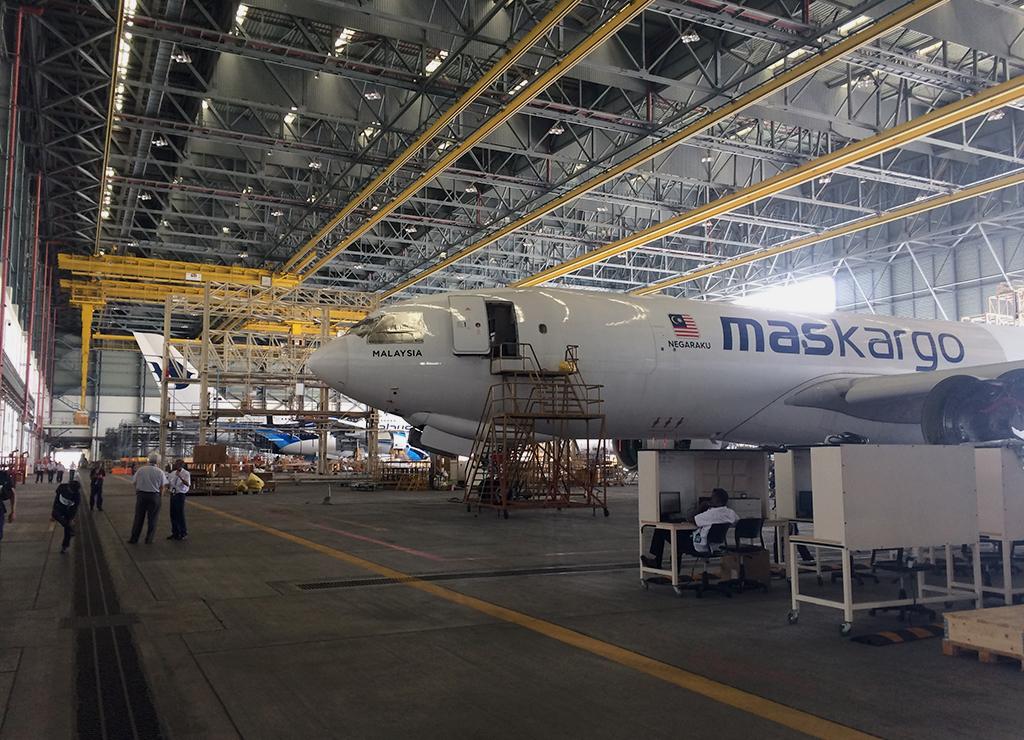 Malaysia Airlines also operates an A330 heavy maintenance line in hangar six, in addition to the A380 line. The carrier will receive its 21st passenger A330 this month, and has three freighter versions such as the one pictured. 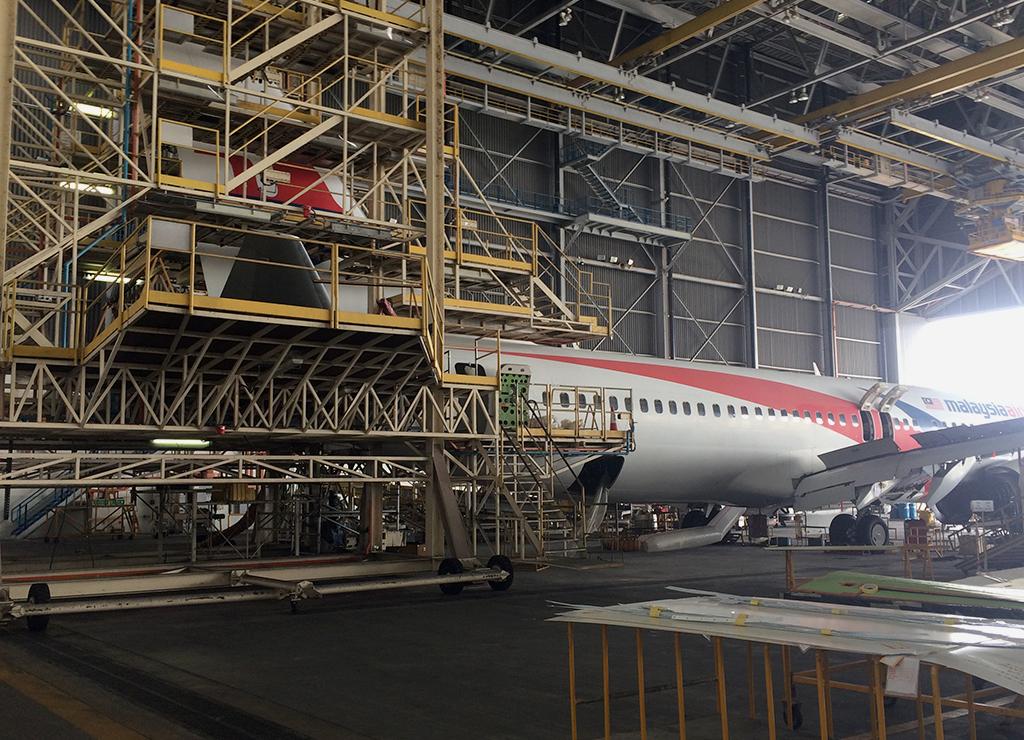 Hangar five at KLIA is primarily for narrowbody aircraft, and Malaysia Airlines has two Boeing 737 heavy maintenance lines in operation.

Malaysia Airlines conducts airframe heavy maintenance on all of its jets at its engineering base at Kuala Lumpur International Airport (KLIA). The engineering division works on narrowbodies as well as larger aircraft such as the Airbus A380s in its two hangars at KLIA, while component support and engine work is outsourced. These images show how the hangars are used for heavy maintenance on an A380 and other aircraft—including the rare sight of an A380 suspended on jacks.