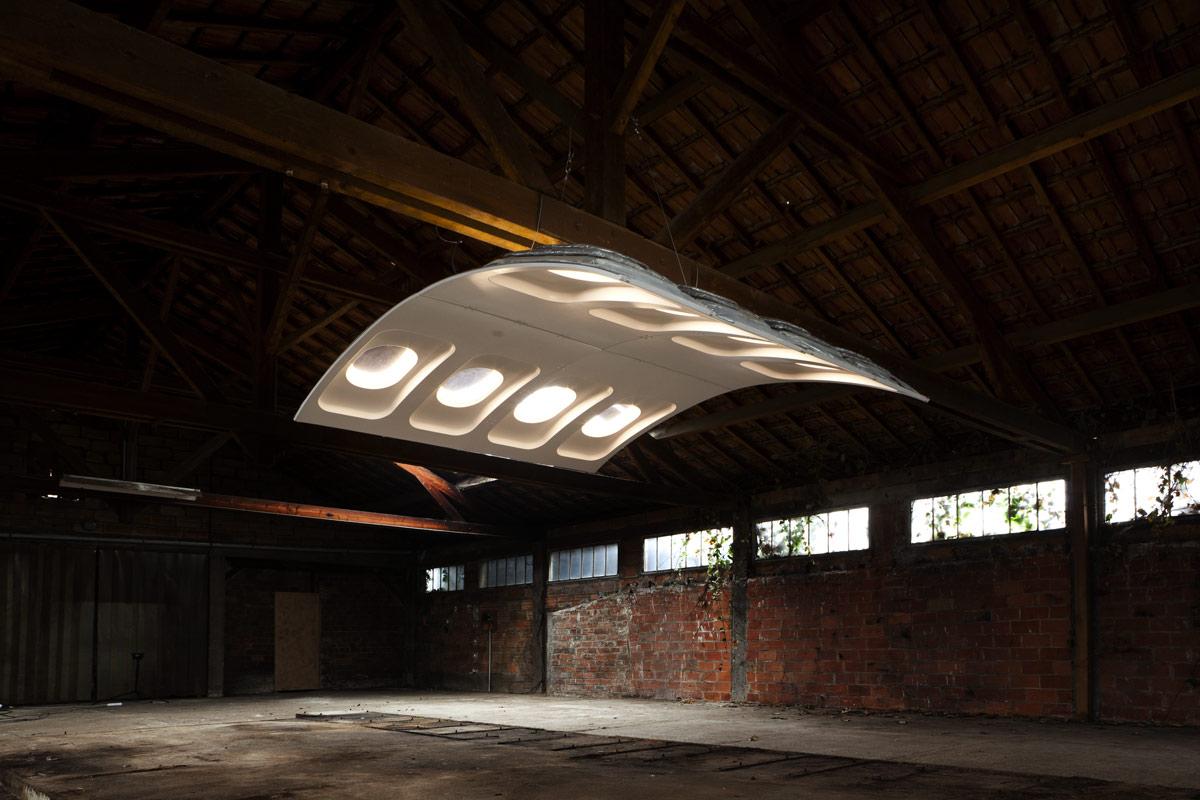 This Airbus A300 office light fixture was a collaboration between Julien Recours and Paul Coudamy for Coudamy Architectures and Flown Mobilier. 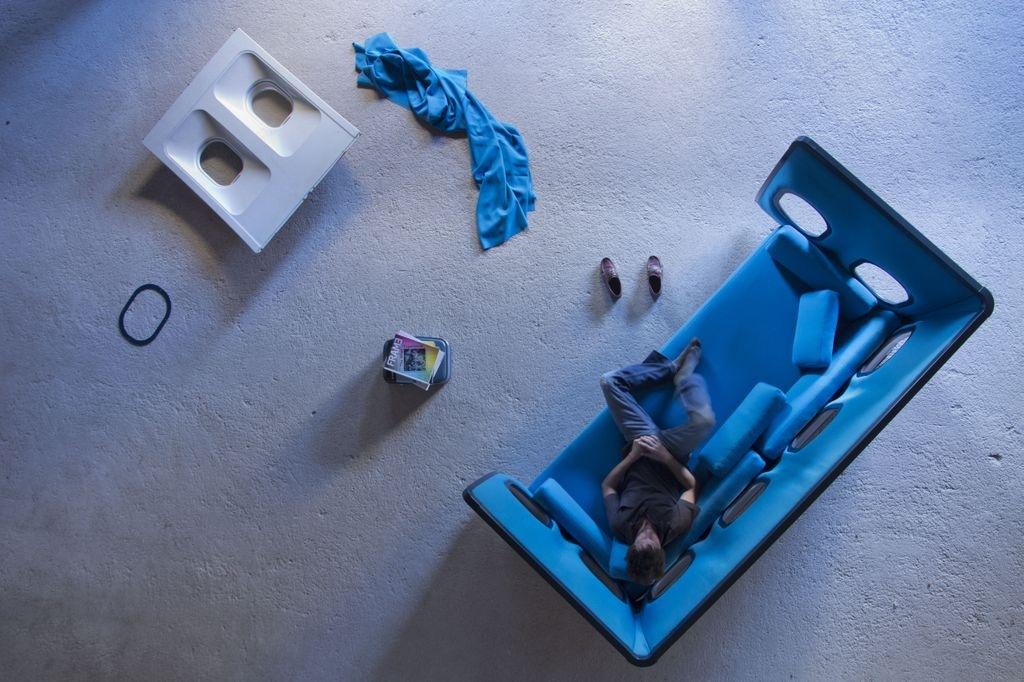 Comparing the Flown project to "2001, A Space Odyssey", Recours says, "[It] is the re-use and exploitation of airliners parts in the end of life into furniture, art and architecture. It began when I reclaimed the whole interior cabin of an Airbus A300 [previous]...I came back with window panels at my workshop, I found amazing the possibilities to create...an ultra modern habitat, using the window panels for seating, sleeping, working, eating...." 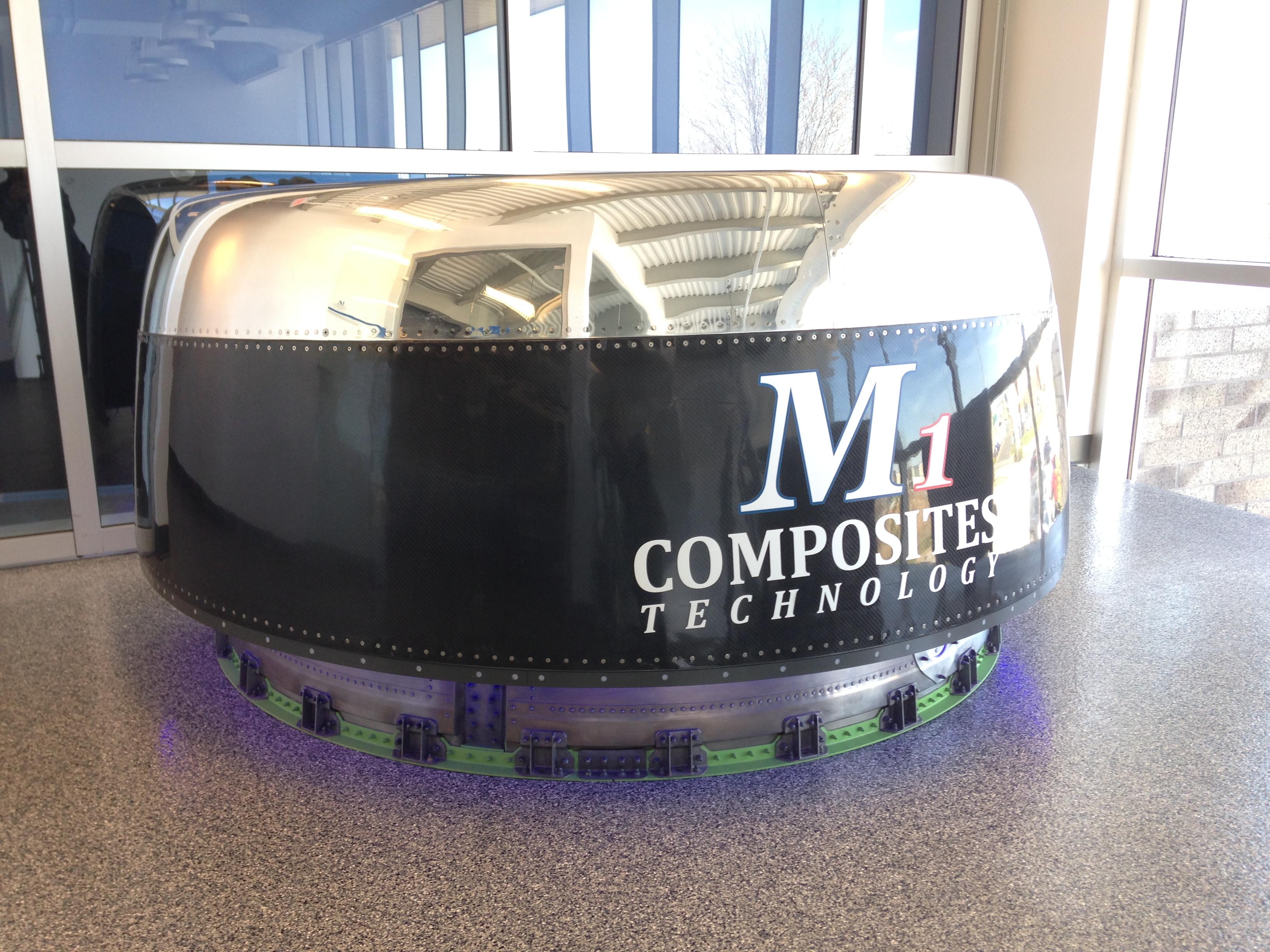 M1 Composites created this inlet cowling desk in a few months in-house. According to Walter Chan, manager of business and technology development, the damage to the cowling was beyond economical repair. The team decided to upcycle it instead of scrap it.

The cowling from the nacelle by MotoArt was cut in half to form the foot and headboard.

The showroom and manufacturing studio, located in El Segundo, California, was created and managed by Dave Hall. Starting in 2001 one, Hall maintains he created the industry 15 years ago and many designs for aviation art you see originated from his.

A disclaimer on MotoArt's website notes the piece was "grandfathered" in before the law regulated purchase of military aircraft.

In a sense, Hall paved the way for the success potential of the craft. "[I] literally was laughed at by many in the industry when I was trying to recycle aircraft and make furniture out of it.  I can’t tell you how many times I heard, 'Son, you ain’t never going to make a living out of selling airplane parts,'" Hall says. 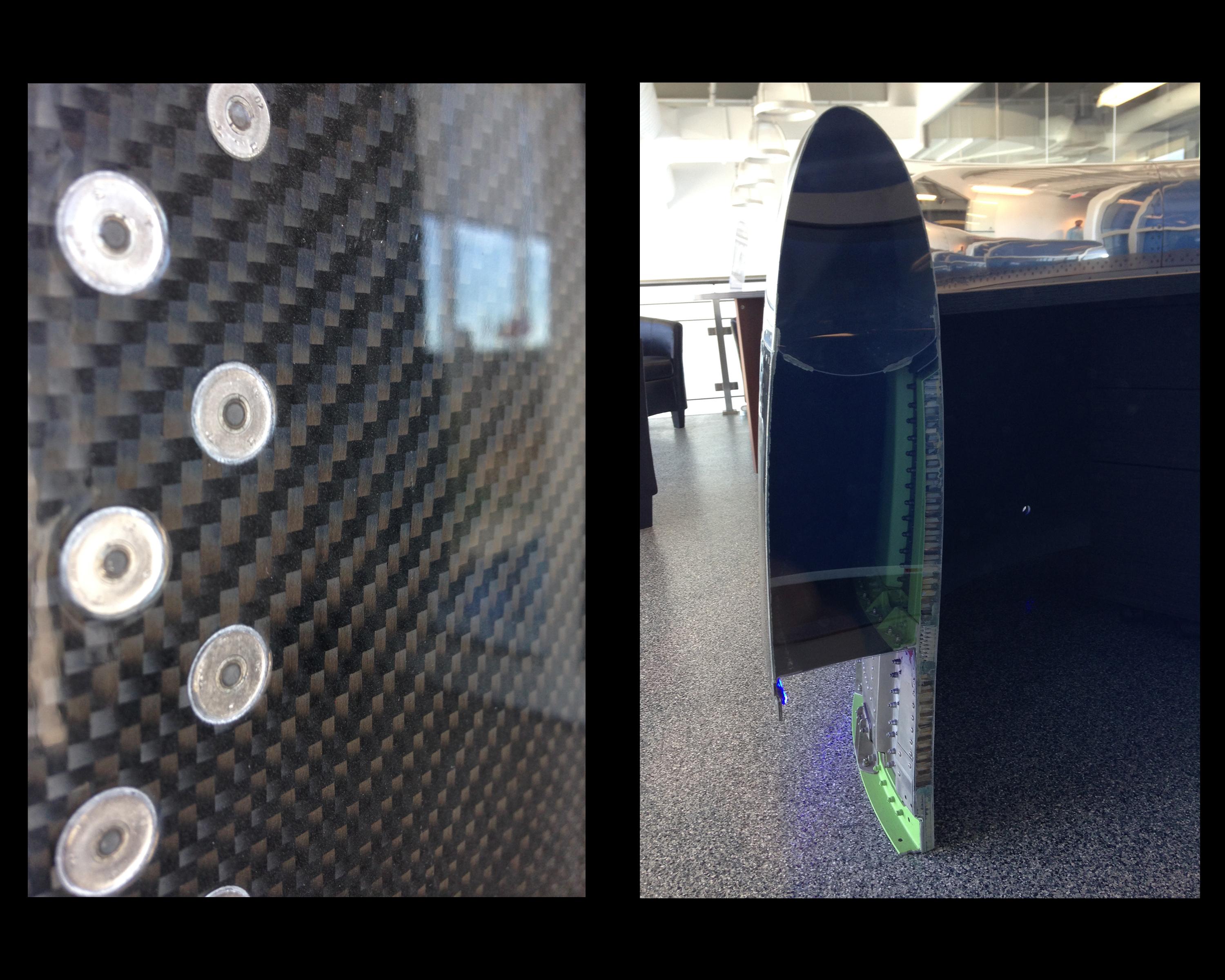 The materials used to complete the project are completely unique to M1 Composites.

Chan says, "The outer barrel panels were re-made from scratch with carbon fiber and epoxy resin, cured under vacuum bag. The original panels were too damaged (and they didn’t look as cool since they were unidirectional fibers instead of woven fibers). Everything else is original, including the lip skin, which took a lot of effort to polish!"

After we published our first gallery of Furniture Created From Aviation Parts, we discovered a few more interesting pieces and asked the makers for the story behind the designs.