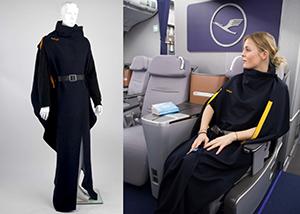 Lufthansa has trialed a series of innovations aboard an Airbus A380 FlyingLab flight from Frankfurt to Houston following a futuristic travel experience competition—aimed at young developers—which was jointly run by Lufthansa and Deutsche Telekom. Pictured: Team feel.flight wants to provide smart textiles such as temperature regulating blankets for the passengers on the airplane. 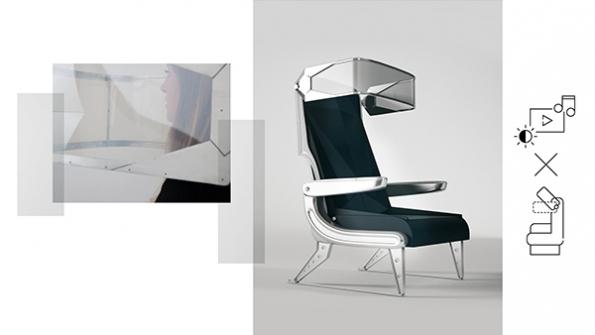 Lufthansa has trialed a series of innovations aboard an Airbus A380 FlyingLab flight from Frankfurt to Houston following a futuristic travel experience competition—aimed at young developers—which was jointly run by Lufthansa and Deutsche Telekom. Pictured: The main product idea of team Smart Chair is an intelligent and highly comfortable plane seat, optimizing and augmenting the flight experience through special features and applications. 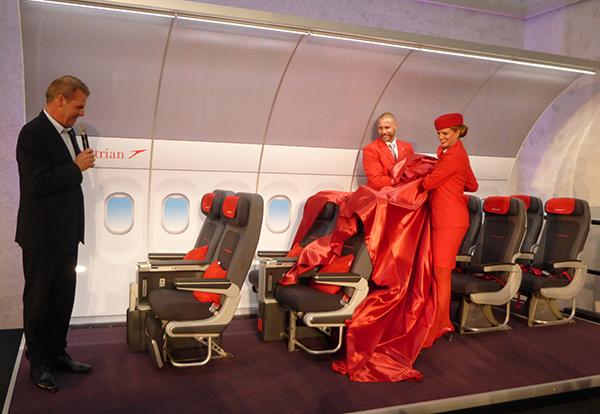 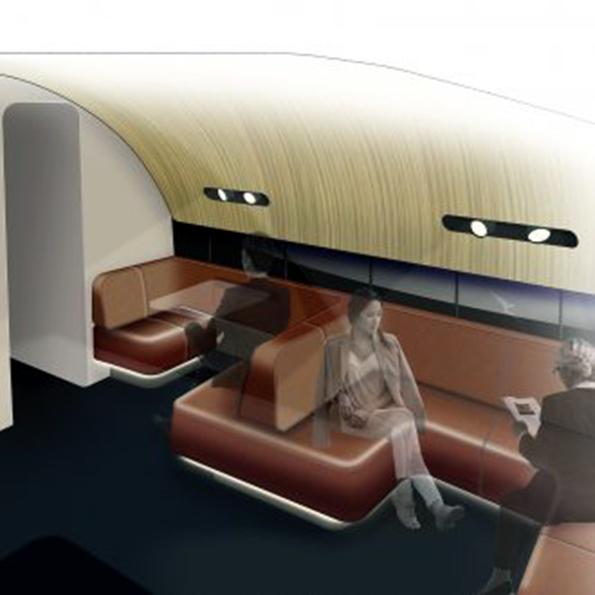 Australian flag carrier Qantas has announced a multi-million dollar major cabin upgrade for its 12 Airbus A380s to improve passenger comfort on long-haul flights and meet increased demand for premium cabins on flights to the US, Europe and Asia. Work on the first A380 is expected to begin in the second quarter of 2019. All 12 aircraft will be upgraded by the end of 2020. Photo: Rendering of A380 upper lounge. 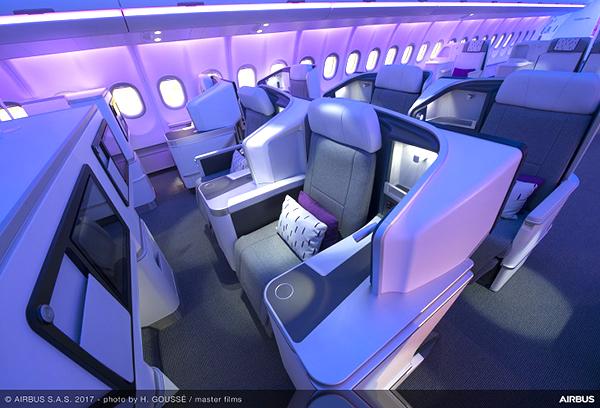 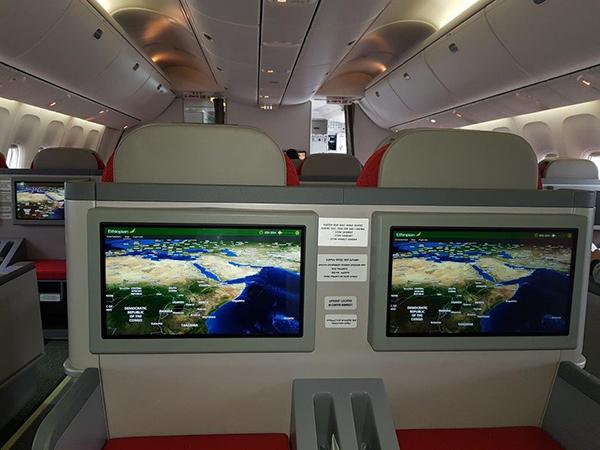 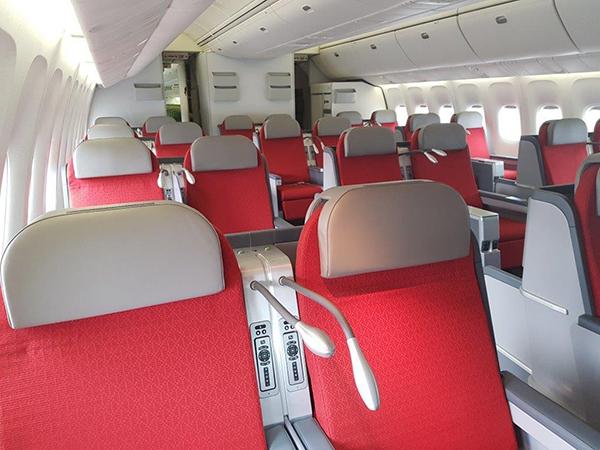 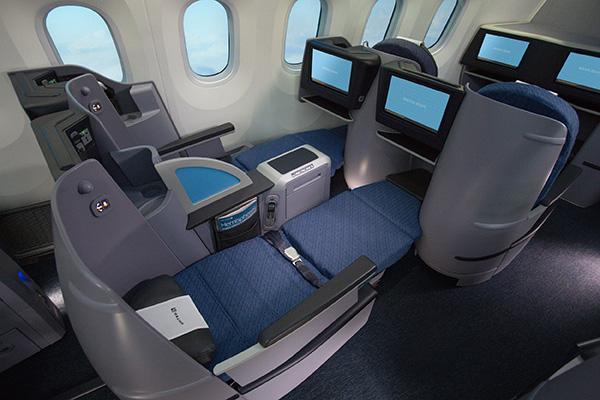 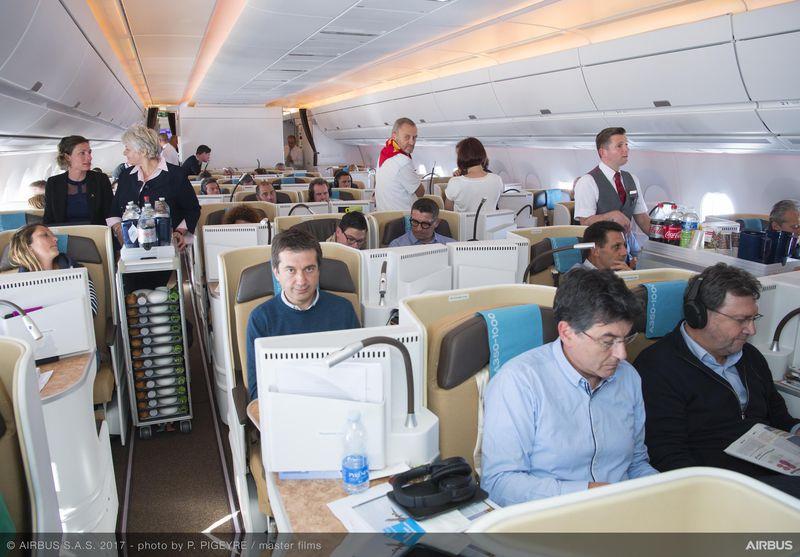 The A350-1000 is the latest member of the Airbus leading widebody family, showing high level of commonality with the A350-900 with 95% common systems part numbers and Same Type Rating. According to Airbus, the A350-1000 also features a modified wing trailing-edge, new six-wheel main landing gears and more powerful Rolls-Royce Trent XWB-97 engines. The A350-1000 can accommodate 40 more passengers than the A350-900. As of May 15, Airbus said 12 customers from five continents have placed orders for a total of 211 A350-1000s. 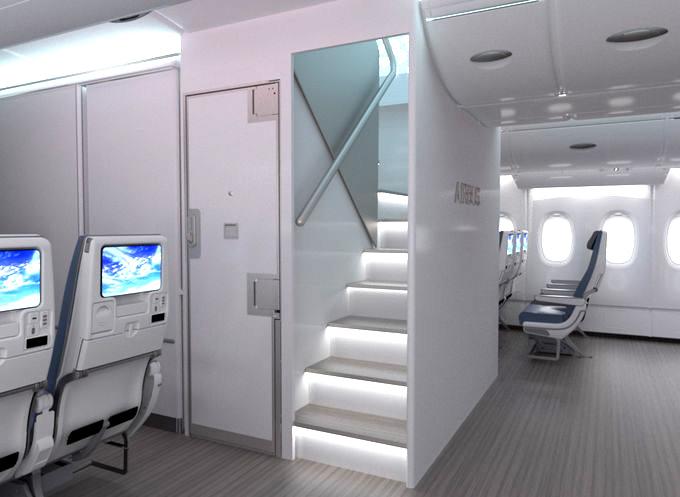 Airbus unveiled the latest in a series of cabin upgrades for the A380, which together will allow airlines to add around 80 more seats and boost revenues. Airbus said it was developing a range of “cabin enablers,” the latest of which is the New Forward Stairs option. 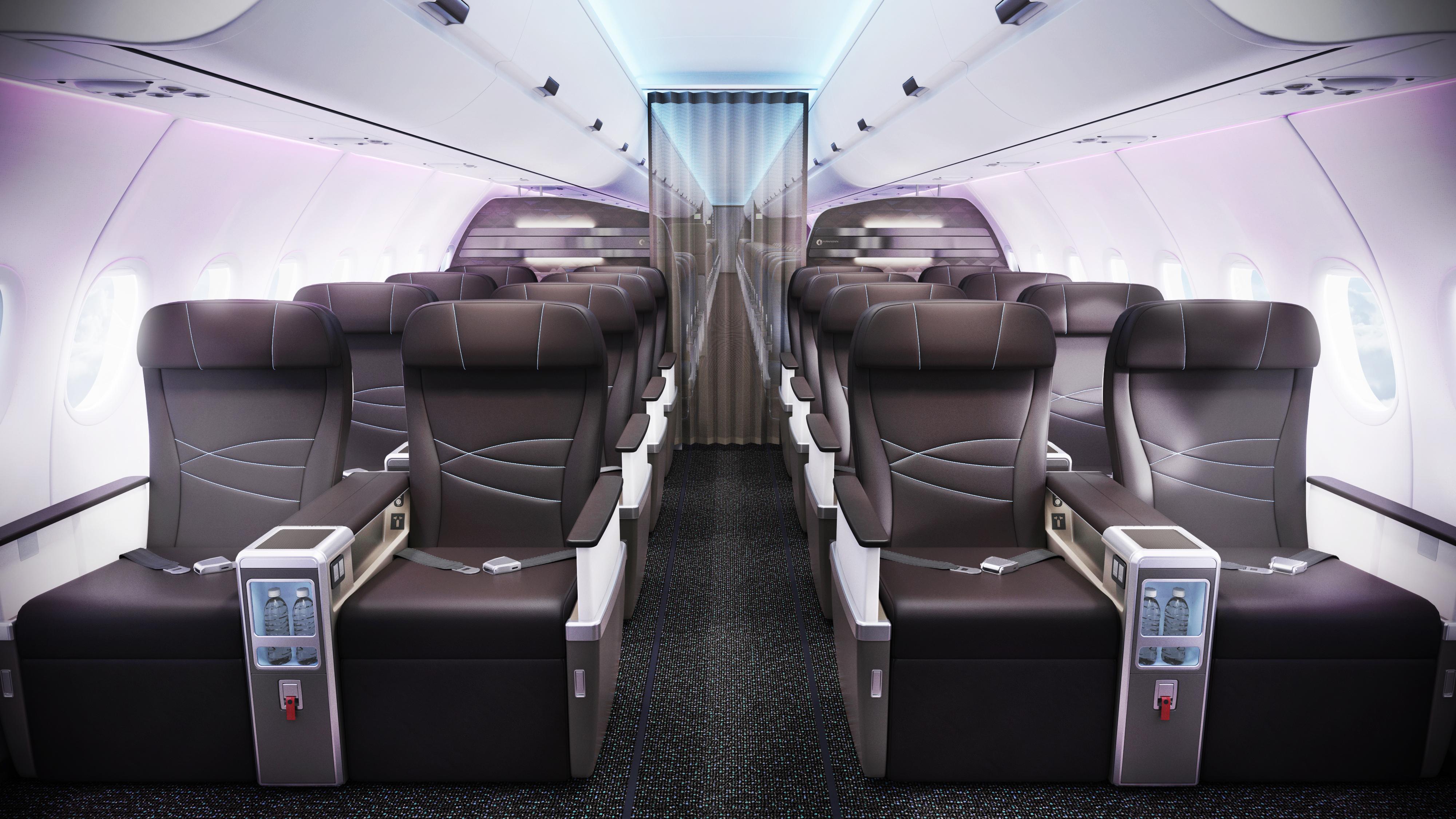 Hawaiian Airlines is revamping cabin interiors across the bulk of its fleet with the arrival of its first Airbus A321neos expected in the fourth quarter and a retrofit of its A330s well underway. The new A330 cabins include 18 flat beds in first class, 68 premium economy seats, up from 40 and a new total of 278 seats compared with 297 previously. The airline expects to receive three A321neos in the fourth quarter of 2017 and bring them into service early in 2018. 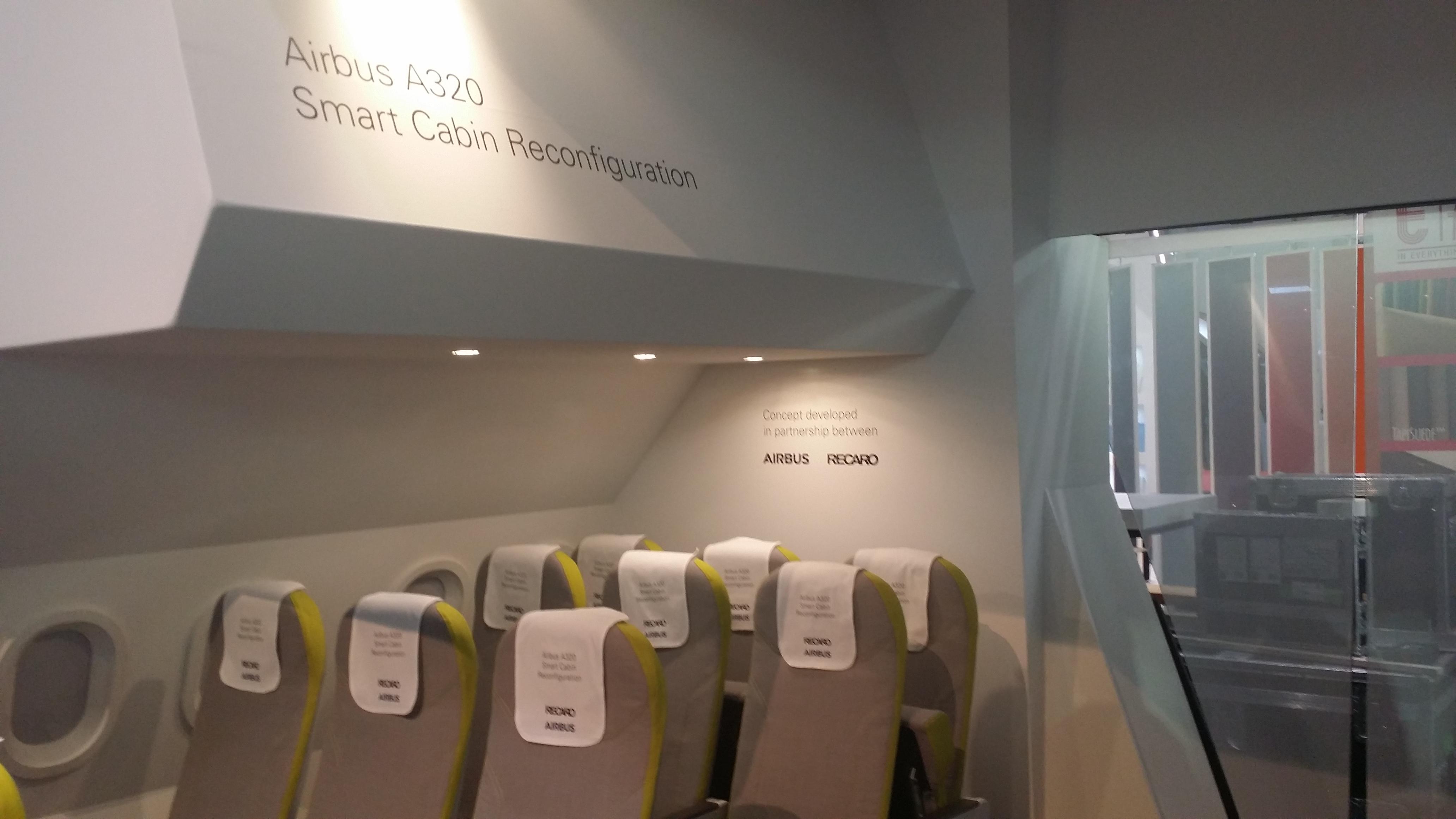 Recaro Aircraft Seating partnered with Airbus, to develop a “Smart Cabin Reconfiguration” based on the Airbus A320 cabin. This flexible cabin concept involves a block of four seat rows. The cushion of the rear set of seats folds up, freeing up space to move the remaining rows back along a rail, increasing their seat pitch. The exact pitch is completely variable and can be unevenly divided between the remaining rows. 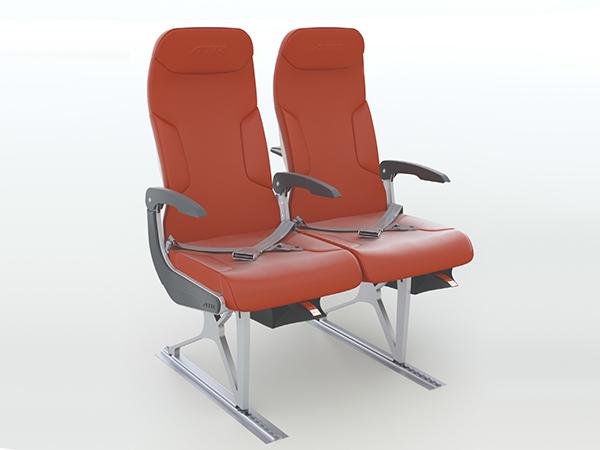 ATR and the Italian producer of aircraft interiors Geven signed a contract to equip the ATR -600 series aircraft with brand new passenger seats—Neo Classic and Neo Prestige—which have been specifically designed for ATR by the Italian designer Giugiaro. Pictured: Neo Classic 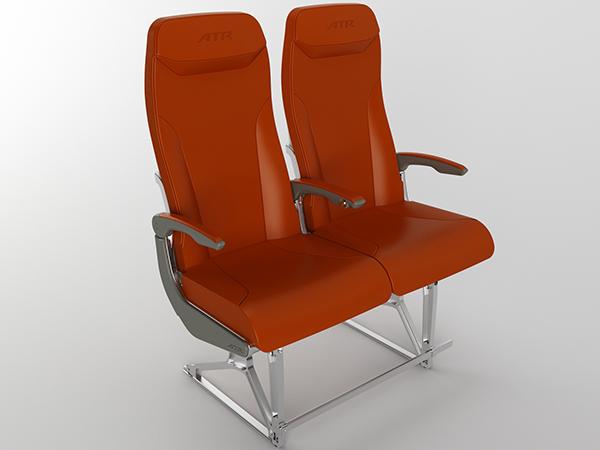 ATR and the Italian producer of aircraft interiors Geven signed a contract to equip the ATR -600 series aircraft with brand new passenger seats—Neo Classic and Neo Prestige—which have been specifically designed for ATR by the Italian designer Giugiaro. Pictured: Neo Prestige 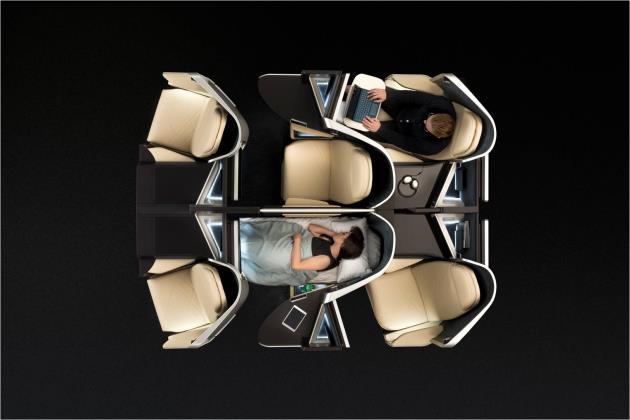 Zodiac Seats unveiled its latest product, Optima, which is expected to set a new standard in business class travel. Through a seating arrangement and electrically actuated privacy screens, Optima offers an exclusively private environment. Optima offers bed lengths up to 83.5-in. and the option for a centerline double bed.

Aviointeriors reveals Adagio business-class seats for short-haul aircraft. Adagio, designed by London design consultancy, tangerine, looks to deliver an optimal customer experience in business class and meet this new demand. Optimized for eight abreast, the seats are staggered with a 2-4-2 configuration on the Boeing 787, the narrowest of twin-aisle aircraft. On wider-bodied jets, increased aisle access gives room for add-on features such as sliding doors that can turn Adagio into a mini-suite. 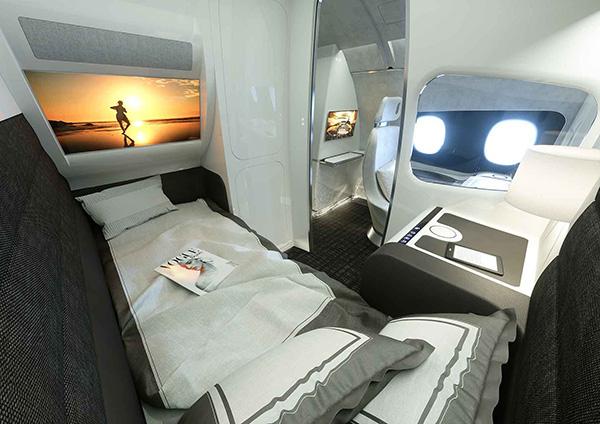 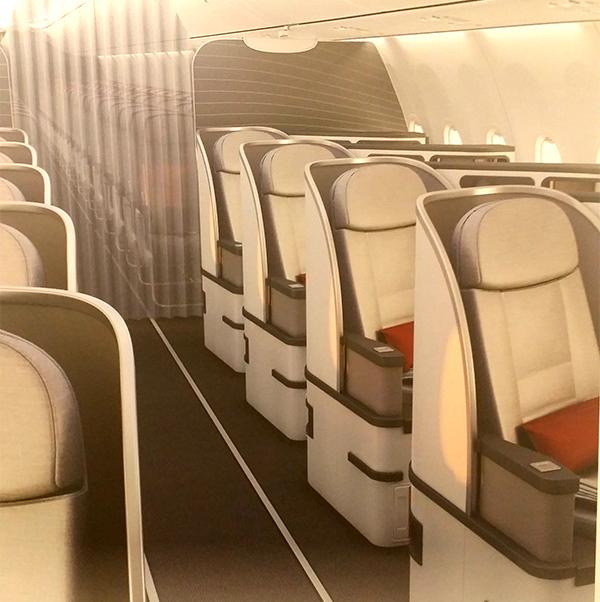 Boeing revealed that it is already offering lie-flat business seats for the 737 in a move that is attracting a lot of airline interest. Photo: Boeing promotional banner showing fixed shell seats—potentially capable of going lie-flat—on a 737. 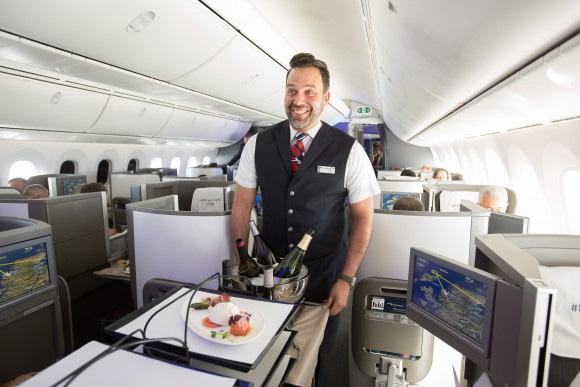 British Airways announced a series of enhancements to both its ground and inflight service, primarily for premium cabin passengers. Photo: Club World Investment 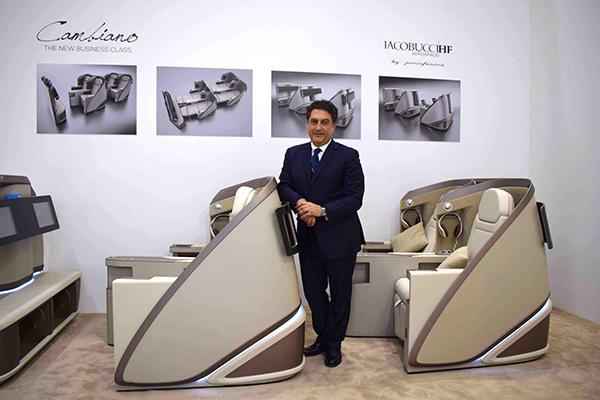 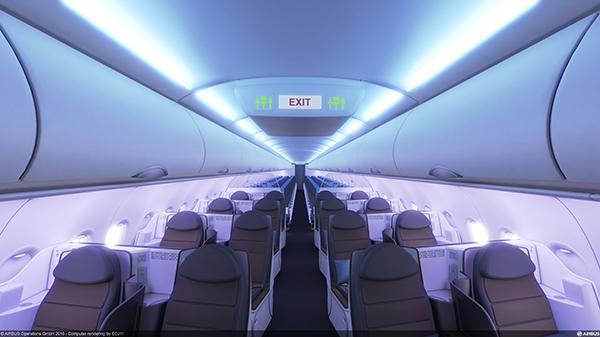 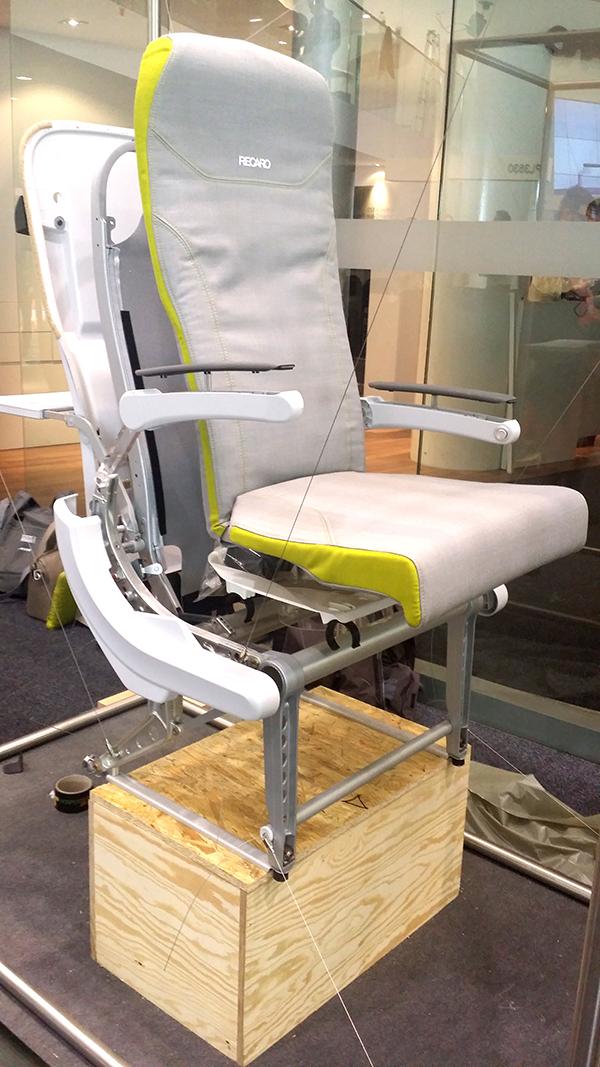 Recaro Aircraft Seating shows what goes into its BL3520 seat. 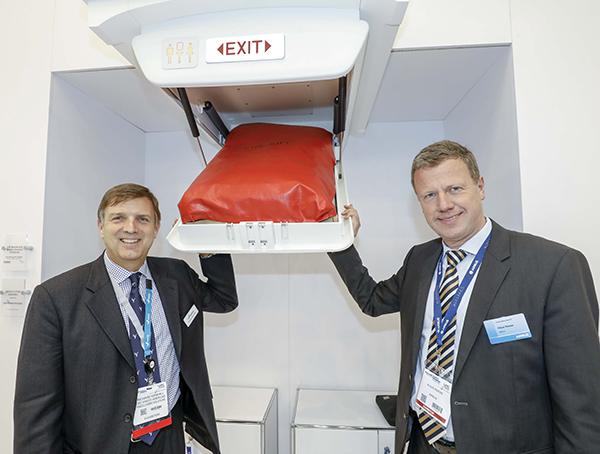 A mock-up of the Centerline Ceiling Stowage compartment line-fit option for new Airbus A320 family aircraft is shown at Aircraft Interiors Expo 2017 by HAECO Americas CEO Richard Kendall and Klaus Roewe, SVP-head of A320 Program at Airbus. 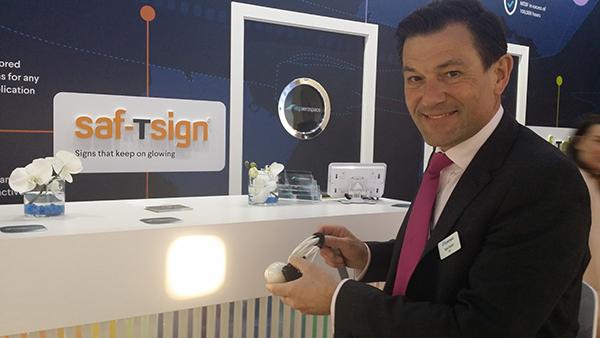 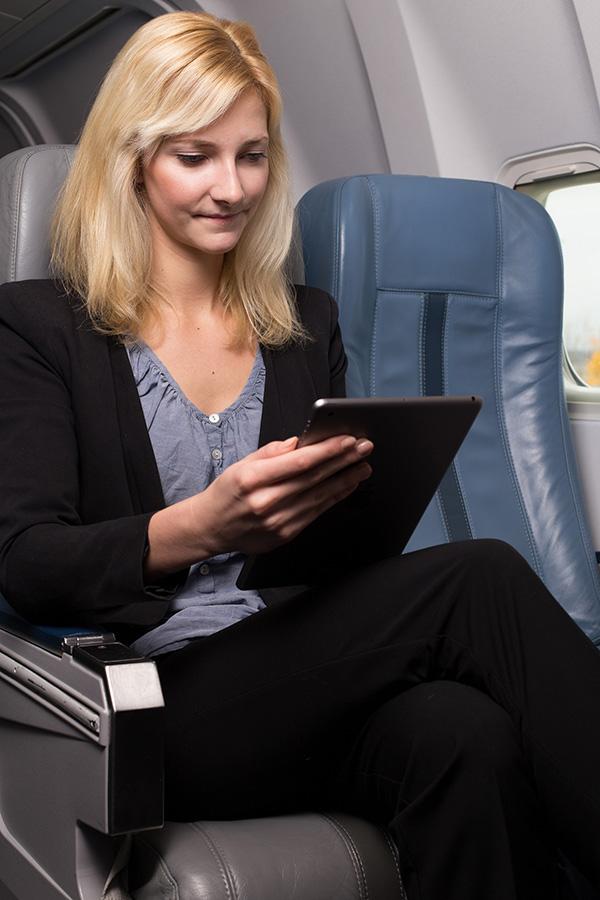 India's SpiceJet will offer inflight entertainment (IFE) and e-commerce and will equip its entire fleet with BoardConnect Portable from Lufthansa Systems. Both companies signed a Letter of Intent after the Aircraft Interiors Expo (AIX) in Hamburg. Passengers of SpiceJet will be able to use the new offer within 2017. 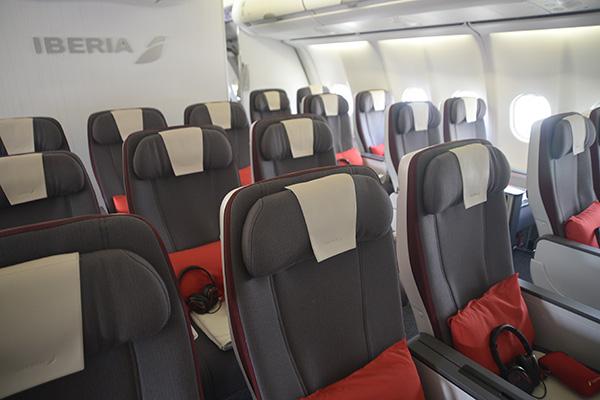 Iberia has unveiled its first Airbus A340-600 fitted with new premium economy seats. Iberia Maintenance will install the new seats on Iberia fleet at its Madrid hangars, while the ordered Airbus A350s will come factory-equipped with the new seating section. From summer 2017, the airline will have five A340/600s equipped with the new cabin. The premium economy class will be available from May 2017 on flights to/from Chicago, New York, and Bogota. In June 2017, it will be available on flights to/from Mexico; in July 2017 on flights between Madrid and Miami and in August on flights with Boston. By summer 2018, premium economy class will be available on all Iberia’s long-haul routes operating A340/600s, A330/300s and A350s. 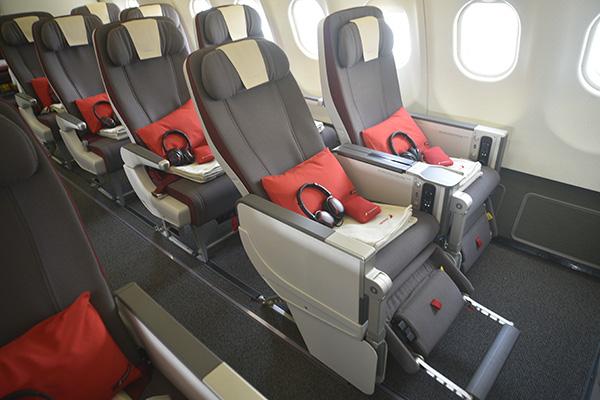