Dipping into the Martian Atmosphere 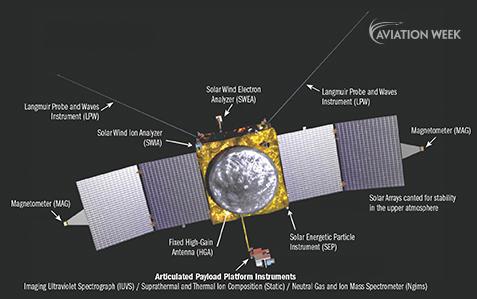 Dipping into the Martian Atmosphere

Here is a look at the suite of eight instruments developed by the Maven team to take measurements that may prove the hypothesis that the Sun stripped away the thick ancient atmosphere and with it most of the planet’s water. Credit: LASP/University of Colorado 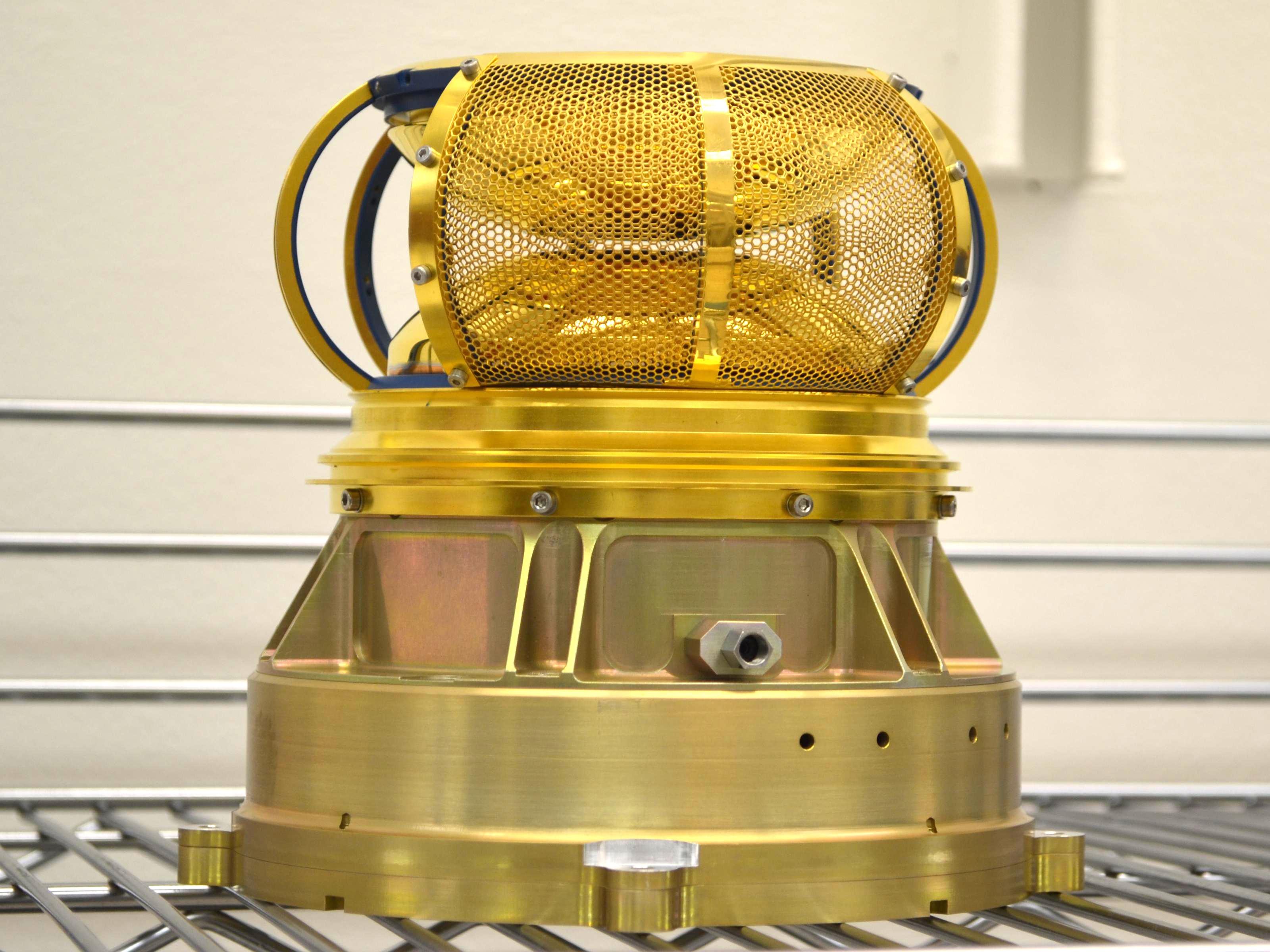 The Solar Wind Electron Analyzer (SWEA) is designed to measure solar winds and electrons in the Martian ionosphere. It is one of six instruments in the Particles and Fields Package built by the Space Sciences Laboratory at the University of California, Berkeley. Credit: LASP/University of Colorado 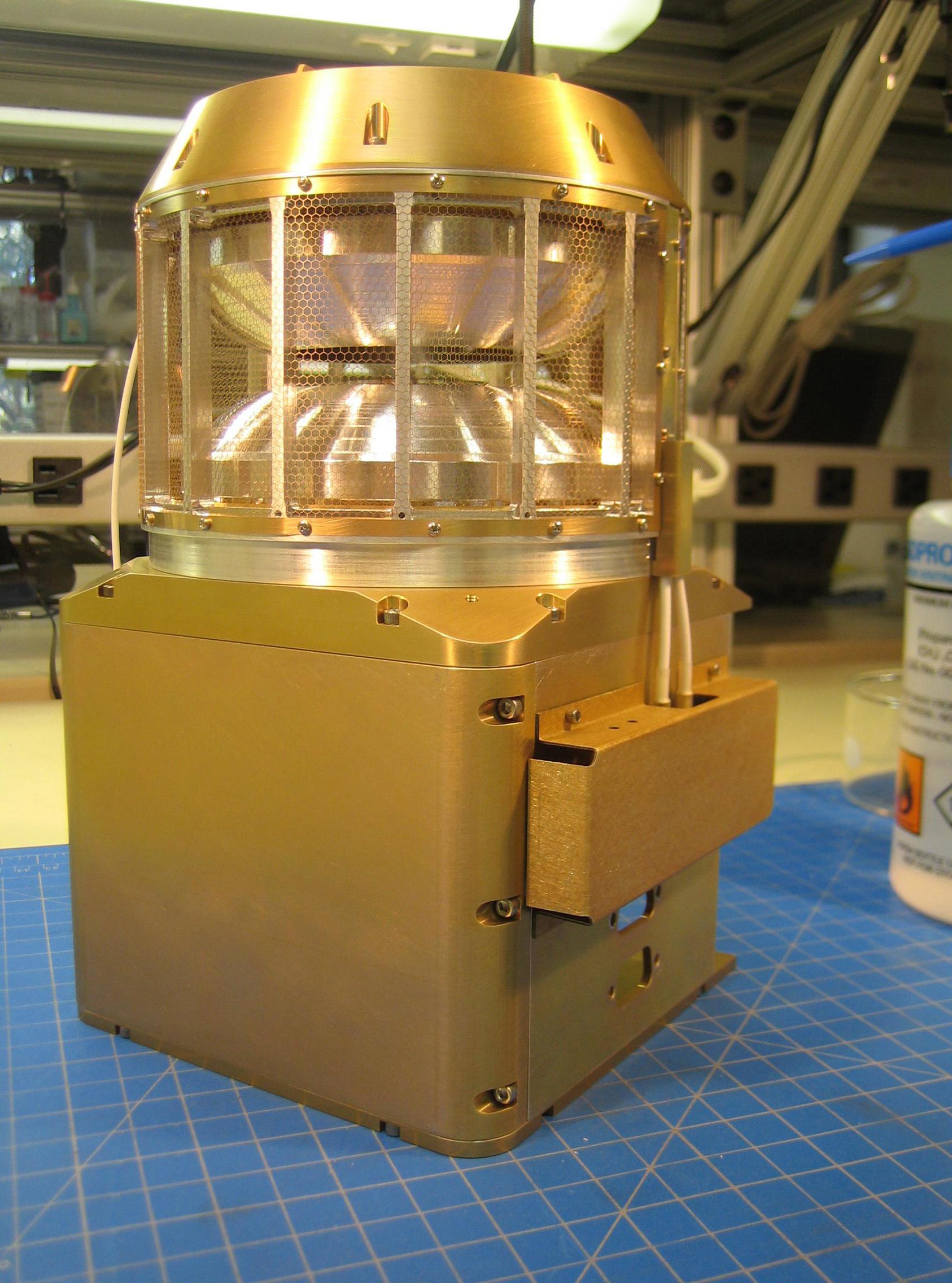 The Solar Wind Ion Analyzer (SWIA) will measure solar wind and the density and velocity of ions in the planet’s magnetosheath. It is part of the Particles and Fields Package built by the Space Sciences Laboratory at the University of California, Berkeley. Credit: LASP/University of Colorado 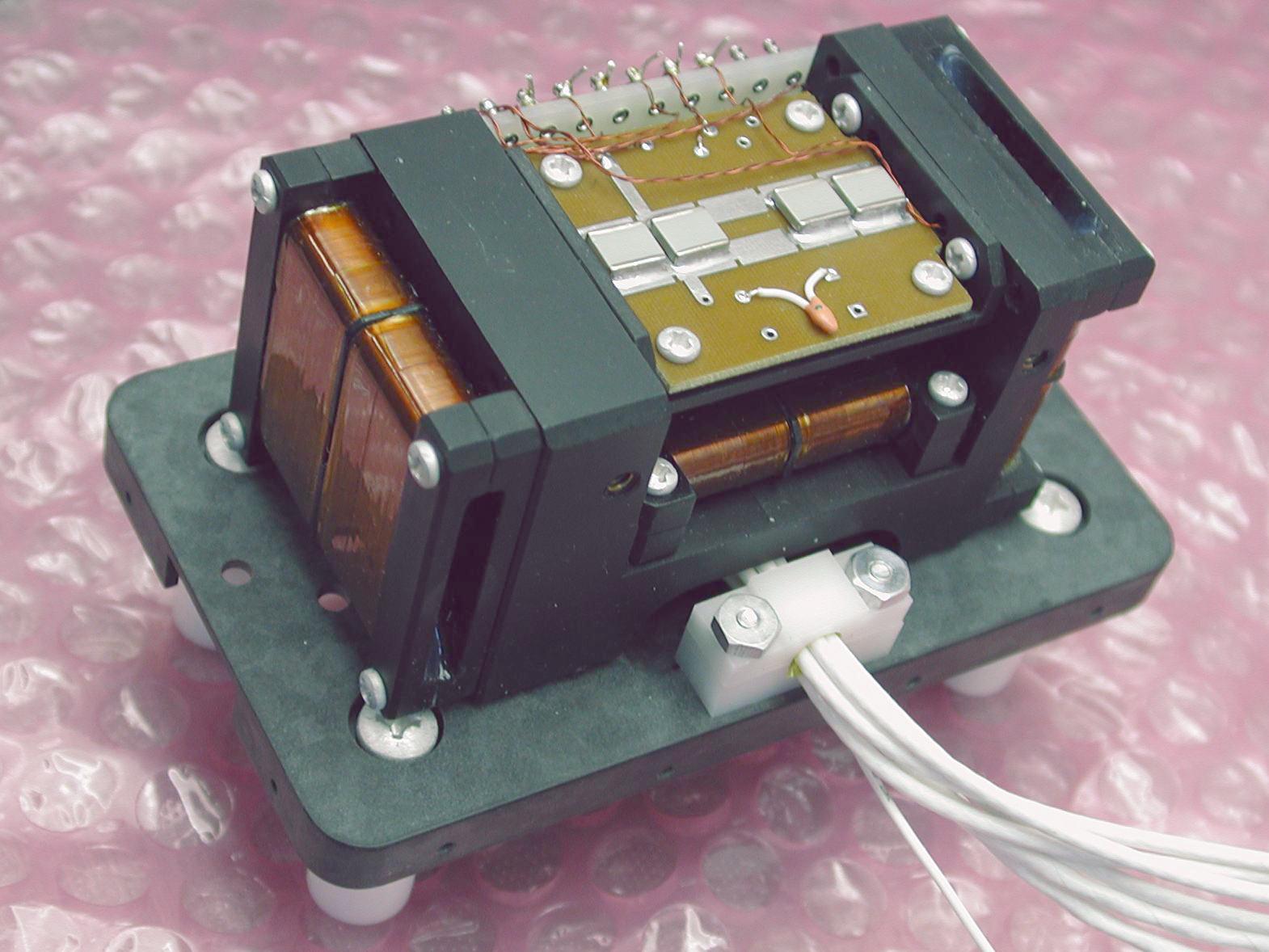 The Goddard Space Flight Center (GSFC) supplied twin flux-gate magnetometer sensors for the Particles and Fields Package, with one placed at each end of the solar arrays to minimize interference from the spacecraft. Credit: LASP/University of Colorado 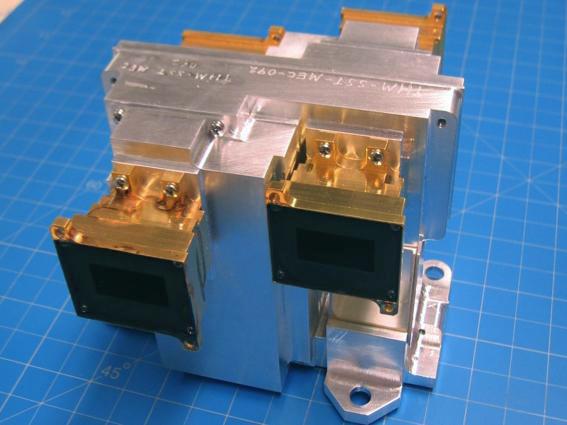 The Solar Energetic Particle (SEP) instrument was built at Berkeley to measure the impact of the solar wind on the planet’s upper atmosphere for the Particles and Fields Package. Credit: NASA/SSL 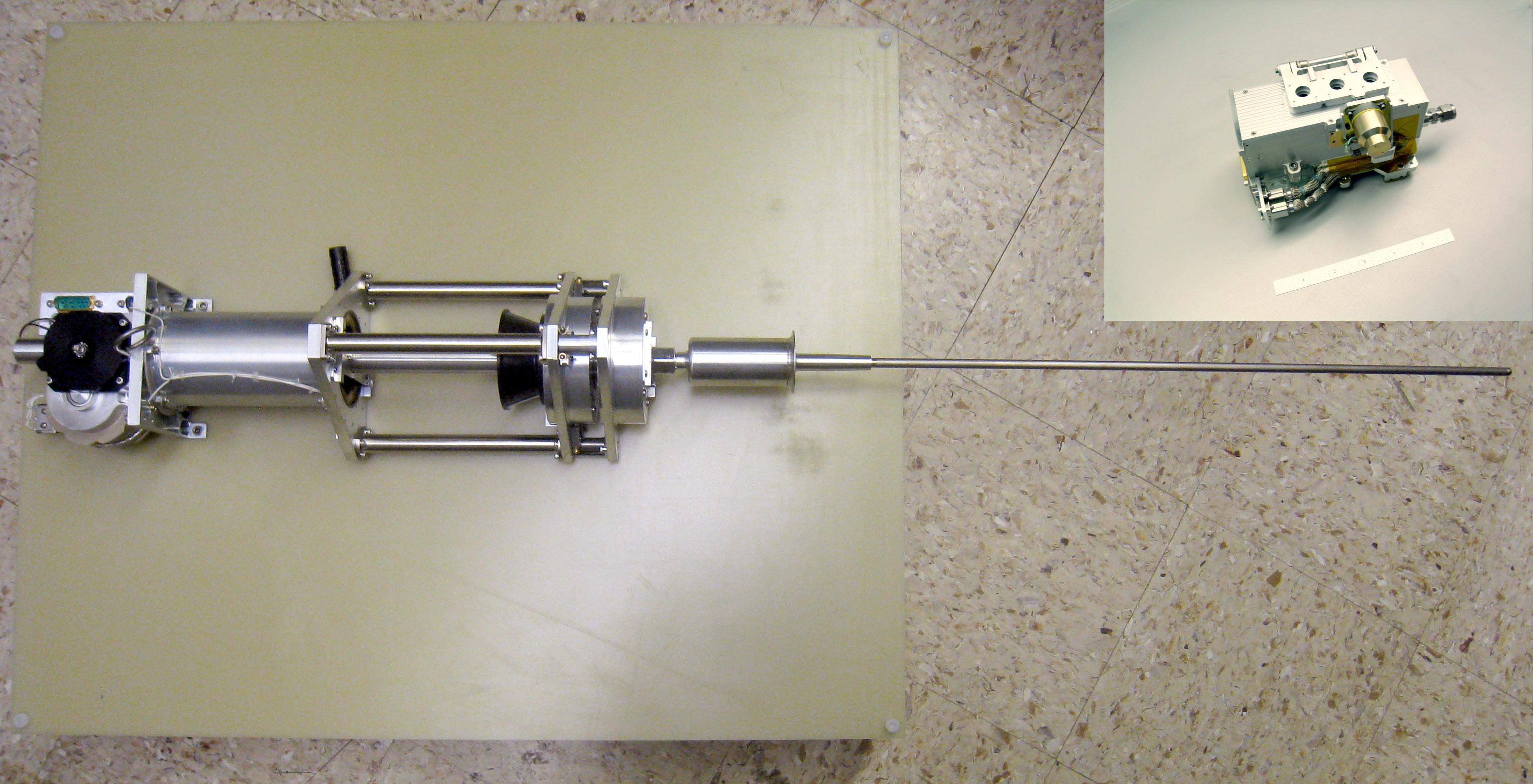 The Langmuir Probe and Waves (LPW) instrument supplied by Colorado’s Laboratory for Atmospheric and Space Physics includes an extreme-ultraviolet sensor (inset). The LPW instrument will measure properties of the ionosphere, wave-heating in the upper atmosphere and extreme- ultraviolet inputs into the atmosphere from the Sun. Credit: LASP 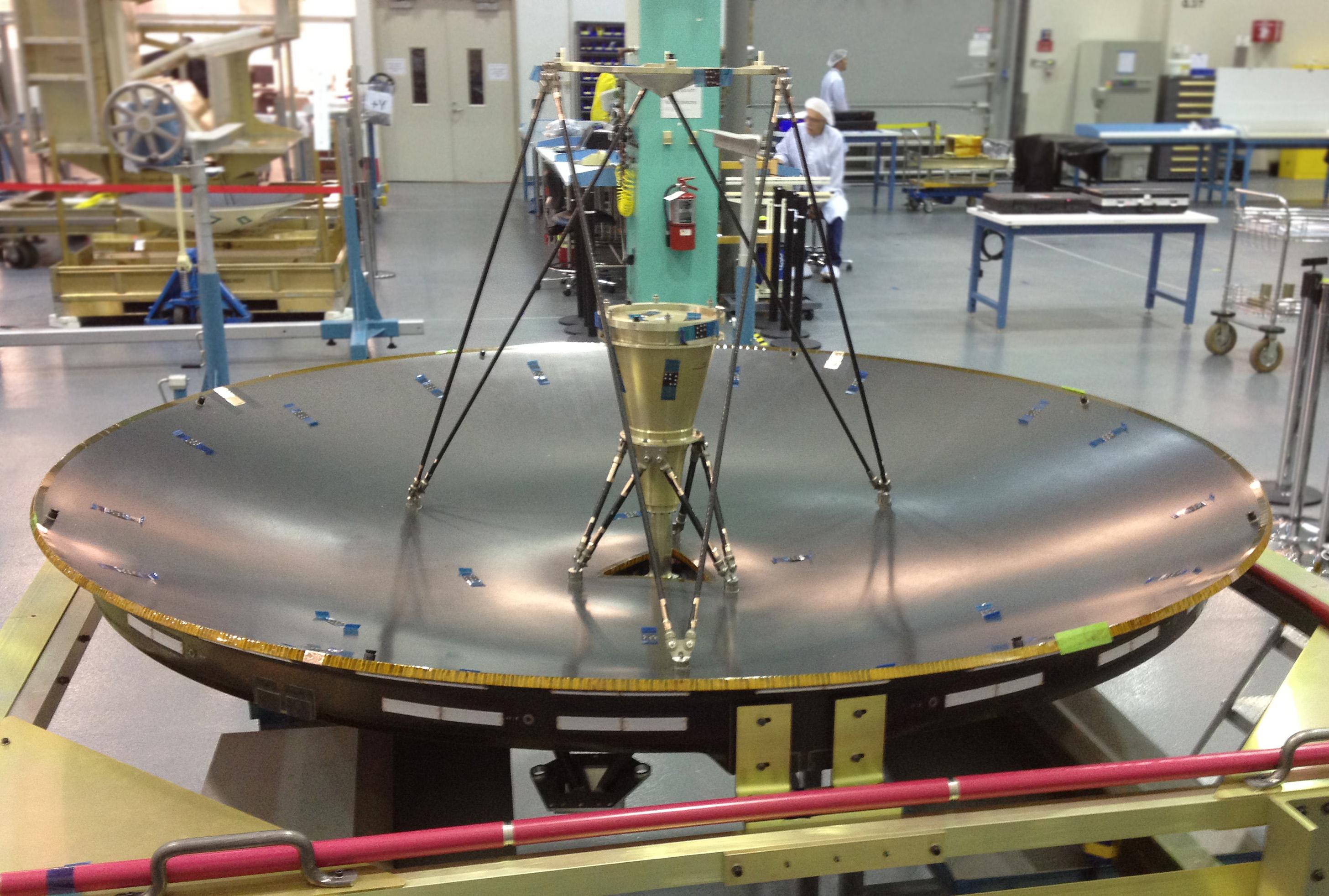 Controllers will point this high-gain antenna toward Earth for twice-a-week data dumps. Maven does not generate much imagery, so its data-transfer requirements are low. Credit: LASP /University of Colorado 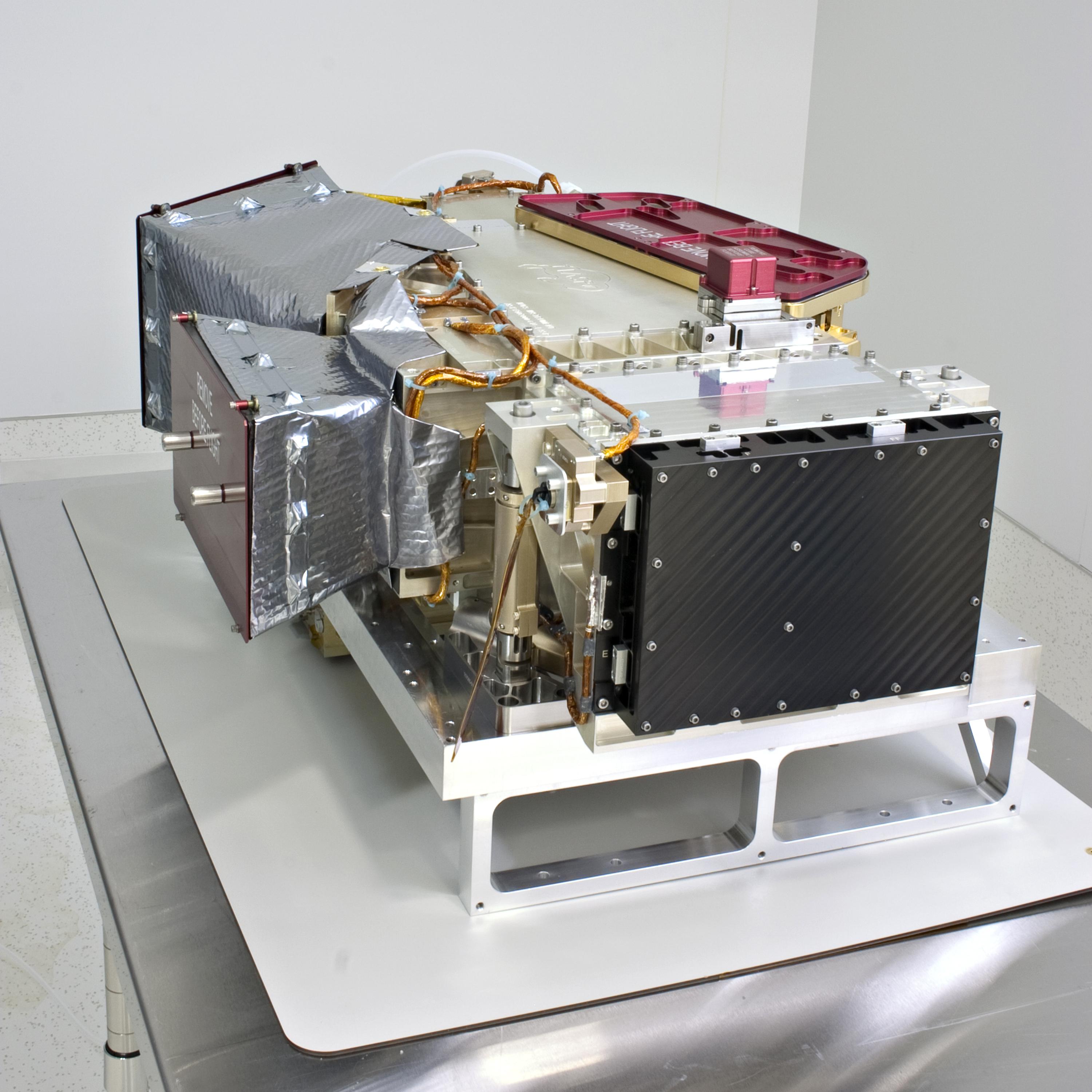 The Imaging Ultraviolet Spectrograph (IUVS) was built by the University of Colorado’s Laboratory for Atmospheric and Space Physics to conduct global remote sensing of the upper atmosphere and ionosphere at Mars. It will operate at the high end of Maven’s elliptical orbit. Credit: Aref Nammari/CU/LASP 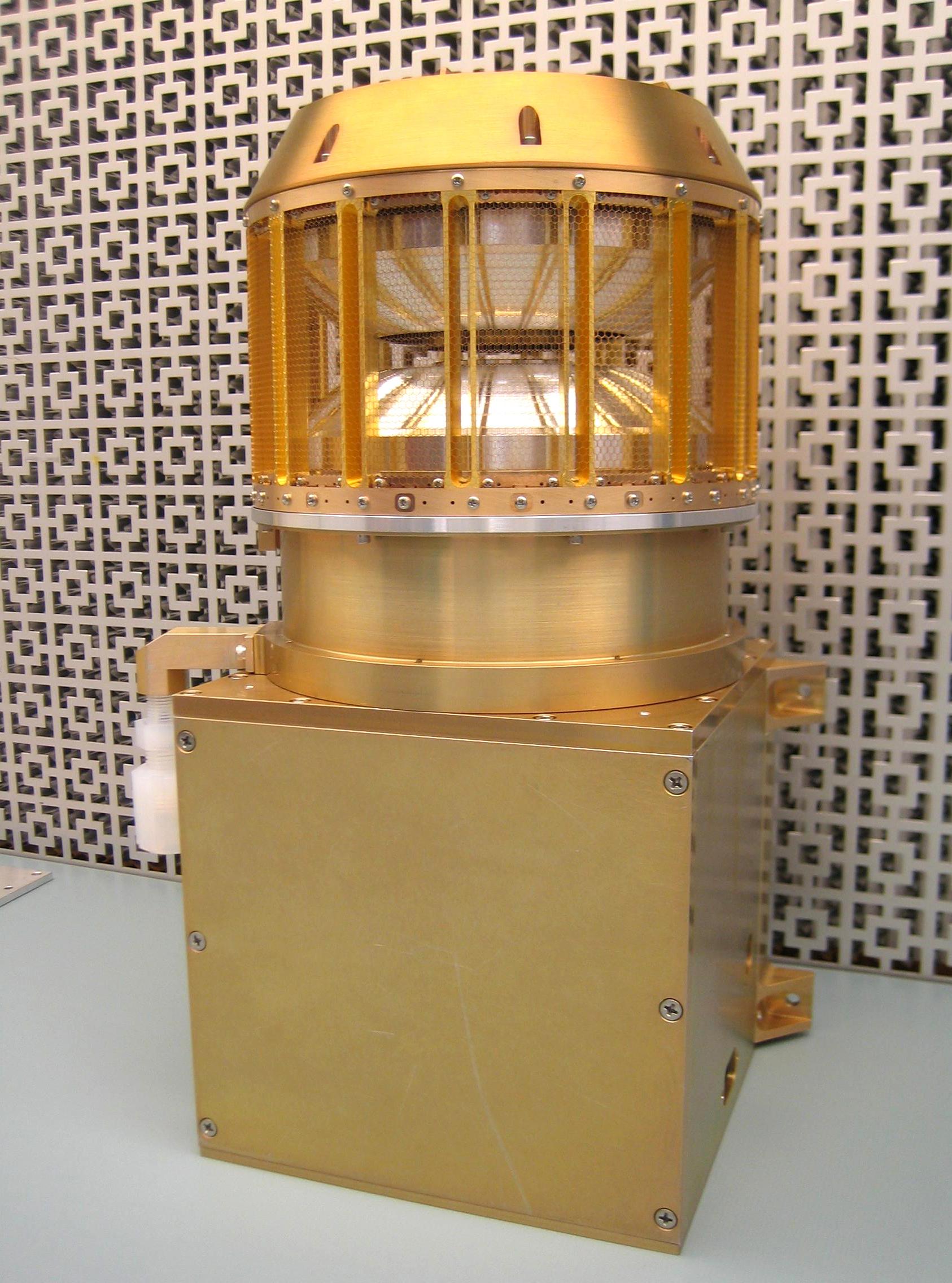 The Suprathermal and Thermal Ion Composition (Static) instrument will measure ions in the atmosphere of Mars, including moderate energy-escaping ions, from its perch on the Articulating Payload Platform. It is part of the Particles and Fields Package. Credit: NASA/SSL 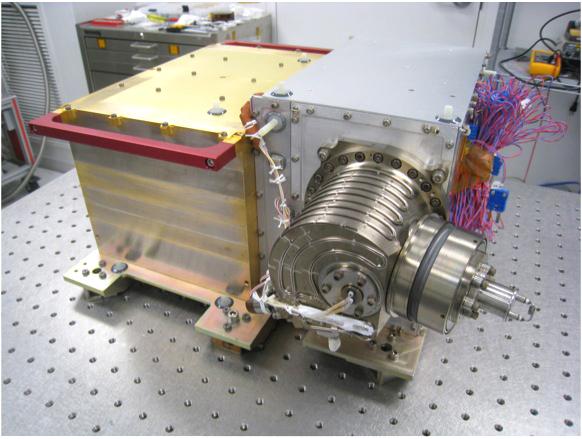 The Neutral Gas and Ion Mass Spectrometer (Ngims) was built by the Goddard Space Flight Center to measure the composition and isotopes of ions and thermal neutrals in the atmosphere. Credit: NASA/GSFC

The Mars Atmosphere and Volatile Evolution (Maven) mission will use this Lockheed Martin spacecraft in an attempt to find out where the water went that once ran on Mars. Unlike earlier missions to the red planet, which peered at the surface from orbit or probed it with landers, Maven will study the interactions between the planet’s pink sky and the solar radiation reaching it from above, at times taking a “deep dive” for in-situ data.