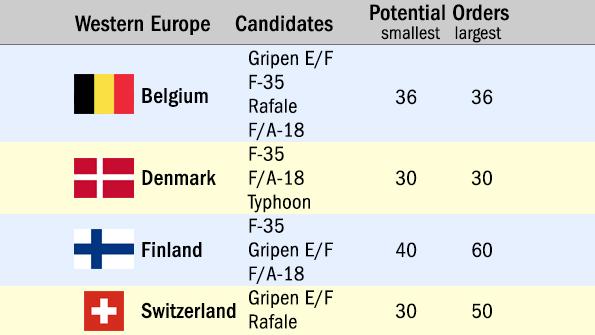 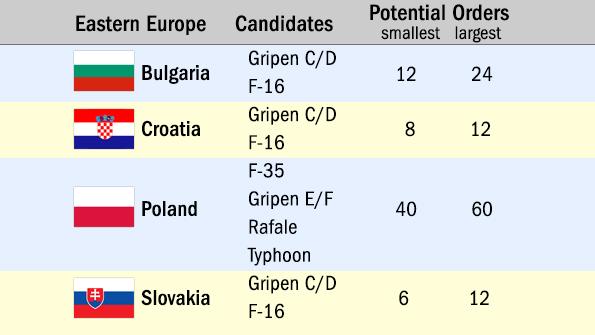 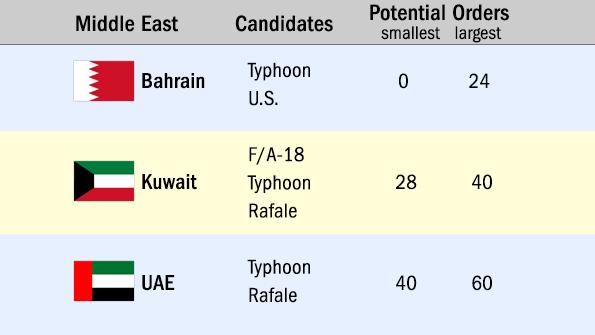 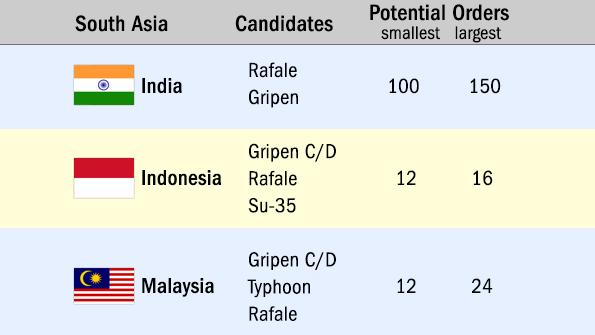 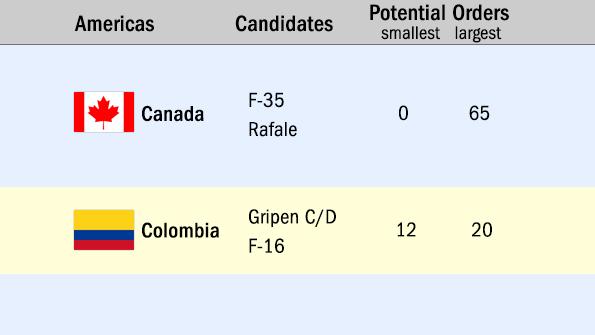 Fighter aircraft orders are seldom predictable, but an Aviation Week analysis suggests that competitions over the next decade could result in sales of 400-600 aircraft. Those numbers will be influenced by economics, global and domestic politics—Russian actions are driving the Eastern Europe market—and to some extent by aircraft type, given differences in unit costs. The biggest potential customer, India, is particularly uncertain: the nation will need to replace MiG-21s, MiG-27s and MiG-29s, and wants to fill many slots with the HAL Tejas, but observers doubt whether that plan is practical. Denmark and Kuwait could announce choices this year, but many others are delaying decisions until 2018-20.