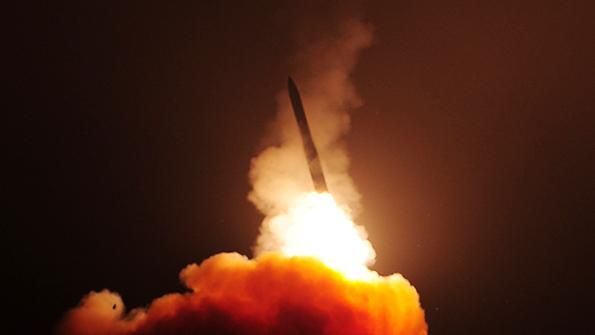 “Boeing will offer a design that meets the comprehensive requirements provided in the request for proposals. We will draw upon our extensive program and engineering expertise—as well as re-use and commonality—across proven ICBM, missile defense and space exploration systems and commercial business segments.”

Boeing’s involvement in the intercontinental ballistic business stretches back to its selection by the Air Force to build the first of three iterations of the Minuteman in 1958. The company's original LGM-30 Minuteman first flew on Feb. 1, 1961 (above). As the original equipment manufacturer, Boeing remained engaged with the Minuteman throughout the Cold War and into the 21st century. It also helped build the 10-warhead Peacekeeper, or MX missile, that was decommissioned in 2005, and it now leads the Missile Defense Agency’s silo-based Ground-based Midcourse Defense program and NASA’s Space Launch System. Today, Boeing is the sole provider of LGM-30G guidance system repairs at its facility in Heath, Ohio, and it recently completed a preliminary design review of the new Minuteman flight-test, telemetry and termination systems. 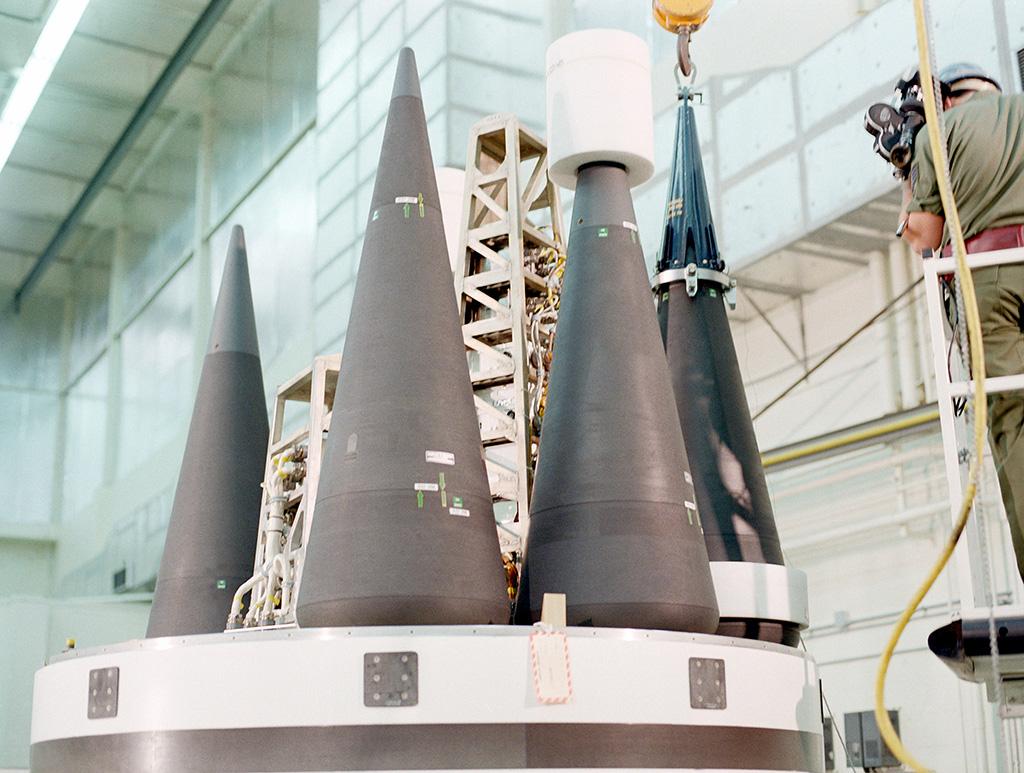 “Lockheed Martin is competing for the U.S. Air Force GBSD program as a prime contractor. We have assembled an industry team that is uniquely qualified to offer the government the most affordable, low-risk GBSD solution that meets all mission requirements. For our proposal, Lockheed is reducing risk by investing in critical technologies and leveraging existing government investments in Air Force, Navy and Missile Defense Agency programs.”

Through mergers with companies such as Convair and Martin Marietta, Lockheed Martin traces its intercontinental ballistic missile pedigree back to the original nuclear-tipped Atlas, which entered development in 1955 and was activated operationally in 1959. The company has been involved in the development of every major ICBM weapon system, including the Titan, cold-launched MX Peacekeeper and road-mobile Midgetman Small ICBM. The Peacekeeper carried up to 10 MK21 re-entry vehicles (above), each containing one W87 warhead. It has been a leading supplier of reentry vehicles that shield the warheads returning to Earth at hypersonic speeds, including the multiple independently targetable types fielded on the Minuteman III and Peacekeeper. Most recently, Lockheed has been put on contract to modernize the Minuteman’s reentry vehicle trainer simulators and reentry field support equipment. 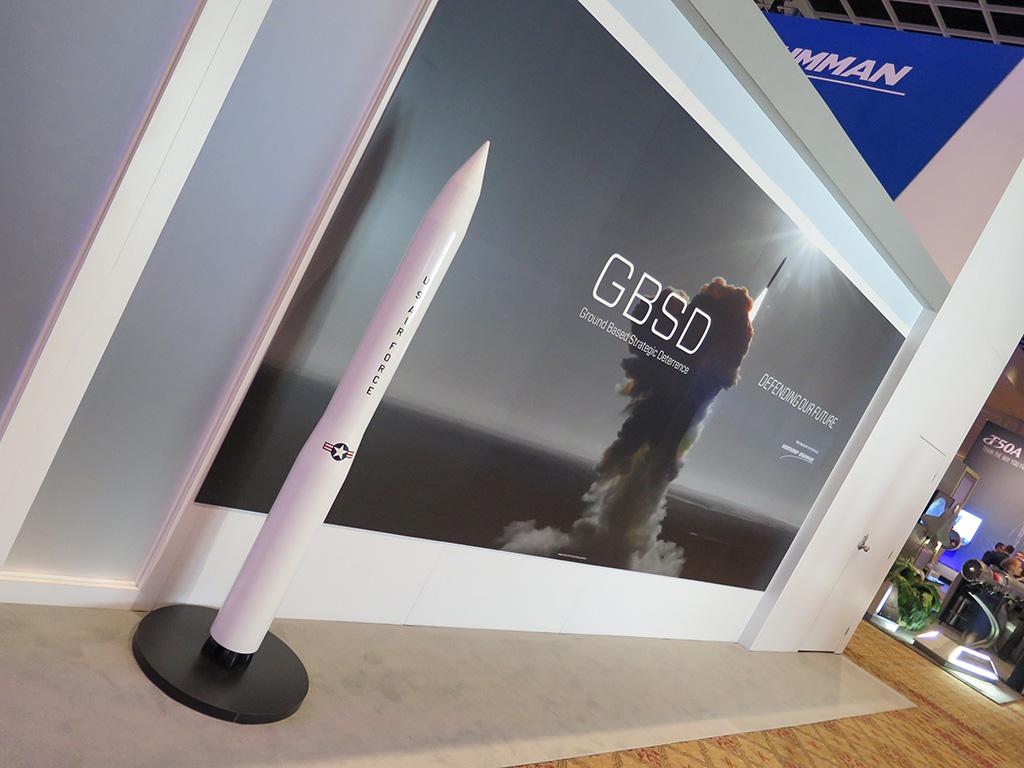 “Northrop Grumman plans to submit a proposal to the U.S. Air Force for the technical maturation and risk reduction phase of the GBSD as a prime contractor. We believe GBSD aligns well with NGC’s core capabilities [to include ground and flight systems, cybertechnology and systems engineering]. This opportunity allows us to continue the company’s 60-year partnership with the Air Force on the intercontinental ballistic missile system.”

Northrop Grumman is best known as the manufacturer of the U.S.’s two primary nuclear-capable stealth bombers: the B-2 and B-21. However, its involvement in intercontinental ballistic missile work traces back to 1956 through TRW, the company it acquired in 2002. Northrop says it has been involved in every U.S. ground-based ballistic missile program since 1955 and held the ICBM Prime Integration Contract from 1997-2015—when the service moved fully into the Future Intercontinental Ballistic Missile Sustainment and Acquisition Construct with BAE Systems as the top contractor. Northrop is now delivering various hardware and software updates as part of the Minuteman refurbishment, which will keep it alive and on alert through 2030 as GBSD comes online. 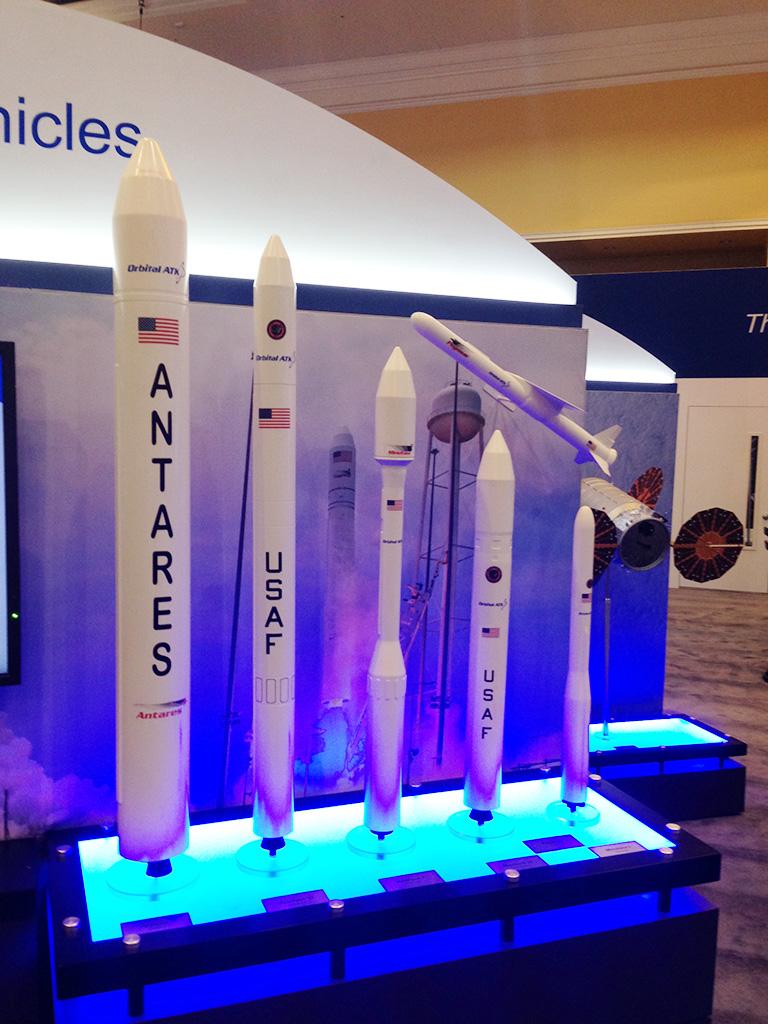 “Our customary business practice is not to disclose whether we are involved in specific business solicitations.”

Orbital ATK was formed in 2014 with Orbital Sciences Corp.’s acquisition of the Alliant Techsystems defense and aerospace divisions. It is one of the largest producers of solid rocket motors for the commercial, scientific and military sectors and led the refurbishment of the Minuteman III’s three solid-propellant stages. It remains the lead Minuteman propulsion subsystem contractor. Additionally, the company delivers solid-fuel boosters for NASA’s Space Launch System, and its rocket motors boost the U.S. Navy’s Trident D5 submarine-launched ballistic missile. The company also has developed a family of Minotaur space launch vehicles using decommissioned Minuteman and Peacekeeper ballistic missile motors, which it wants to offer for commercial satellite launches. 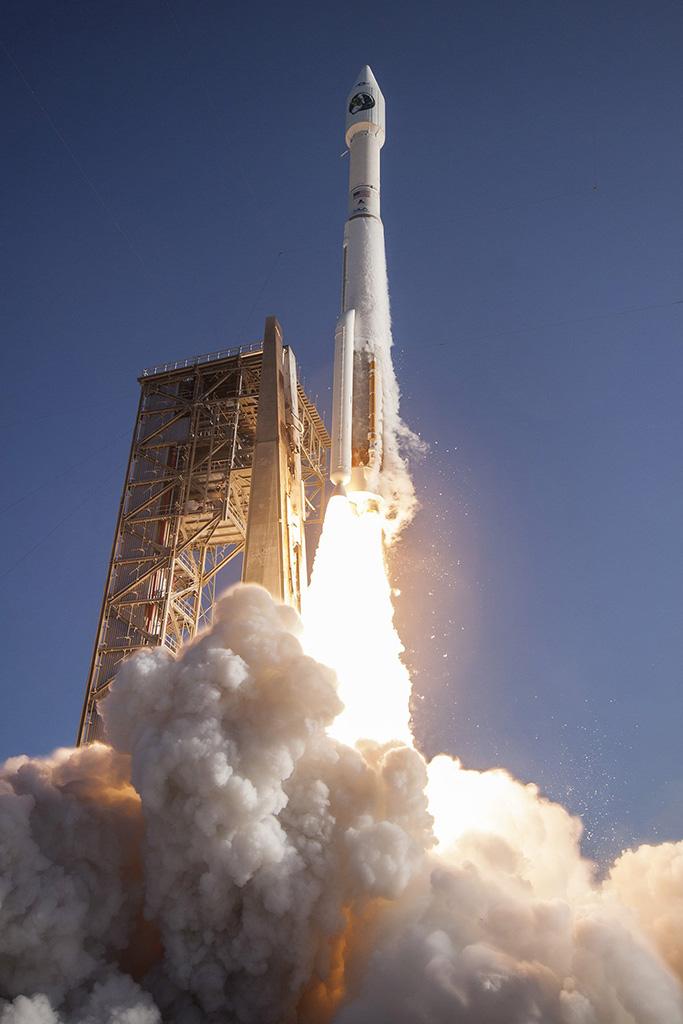 “As the preeminent provider of liquid post-boost propulsion systems for ICBMs and a leader in large solid rocket motors for launch vehicles and ICBMs, we are supporting prime teams with our capabilities in these areas. We will build upon and extend our past experience to develop propulsion stages that meet the requirements of the GBSD program.”

Aerojet Rocketdyne has produced rocket motors for every U.S. intercontinental ballistic missile “ever flown or fielded,” it says, including the Minuteman series, Midgetman, Peacekeeper and Polaris. The company also powers United Launch Alliance’s Atlas V rocket (above). Aerojet Rocketdyne had a hand in the post-boost-phase propulsion system for the Minuteman III and Peacekeeper ICBMs, and it delivers the Trident D5 post-boost gas generators. The company’s products also propel the Terminal High-Altitude Area Defense and Standard Missile-3 exoatmospheric kill vehicles to their targets. 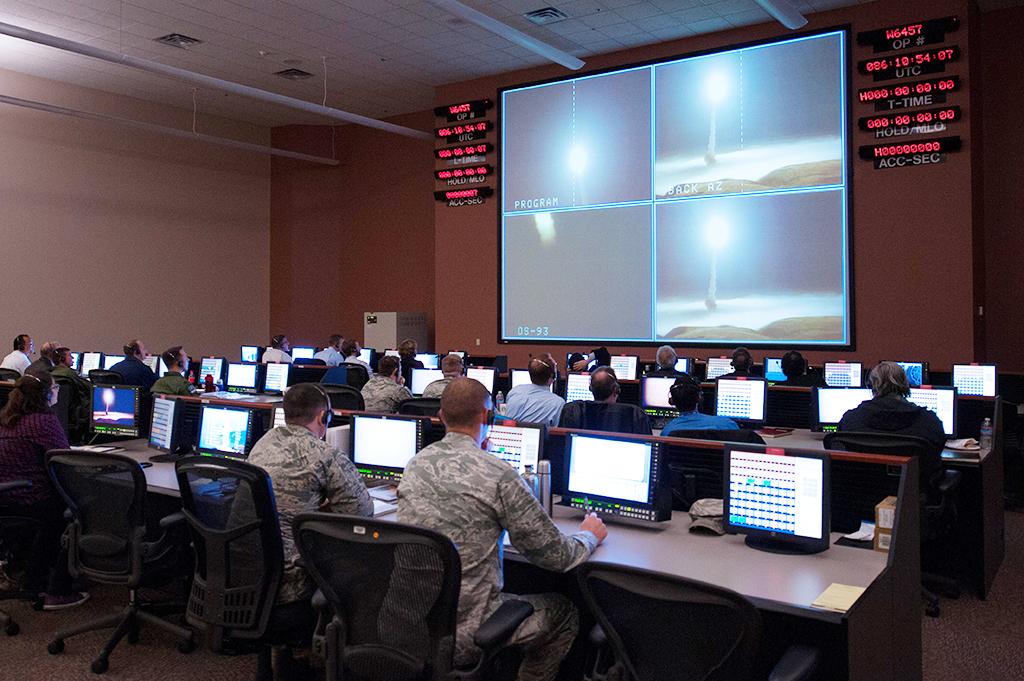 The company declined to say if it would participate in the GBSD acquisition, or whether it might submit an offer as a prime contractor or as part of another industry team.

BAE Systems scored an upset victory over Northrop Grumman in 2013 by winning the top contractor position on the Air Force’s Future Intercontinental Ballistic Missile Sustainment and Acquisition Construct, which is a contracting vehicle for future Minuteman III sustainment, modernization and support. In the photo above, the 576th Test Squadron oversees an unarmed Minuteman III missile test in March 2015. The $534 million award ended Northrop’s tenure as head of the preceding Minuteman ICBM Integration Support Contract, although that prior arrangement continued until 2015 through various bridging contracts. BAE now provides systems engineering and integration, testing and other services for the U.S.’s 400-450 deployed Minuteman III missiles, with management from the Air Force Nuclear Weapons Center at Hill AFB in Utah. The company is a leading manufacturer of munitions and precision-guidance technology.

U.S. defense heavyweights are rallying to the U.S. Air Force’s call for a new-generation intercontinental ballistic missile under the banner of Ground-Based Strategic Deterrent (GBSD), with Boeing, Lockheed Martin and Northrop Grumman already confirming their candidacy for a three-year technology maturation phase. The request for proposals is the first programmatic step toward delivering the first nuclear-tipped ICBM since the Cold War, replacing the Minuteman III weapon system that has stood sentinel since the 1970s. We take a look at the major players that will likely answer the air branch’s multibillion-dollar GBSD request.