Who Has The Edge In The U.S. Air Force J-Stars Competition? 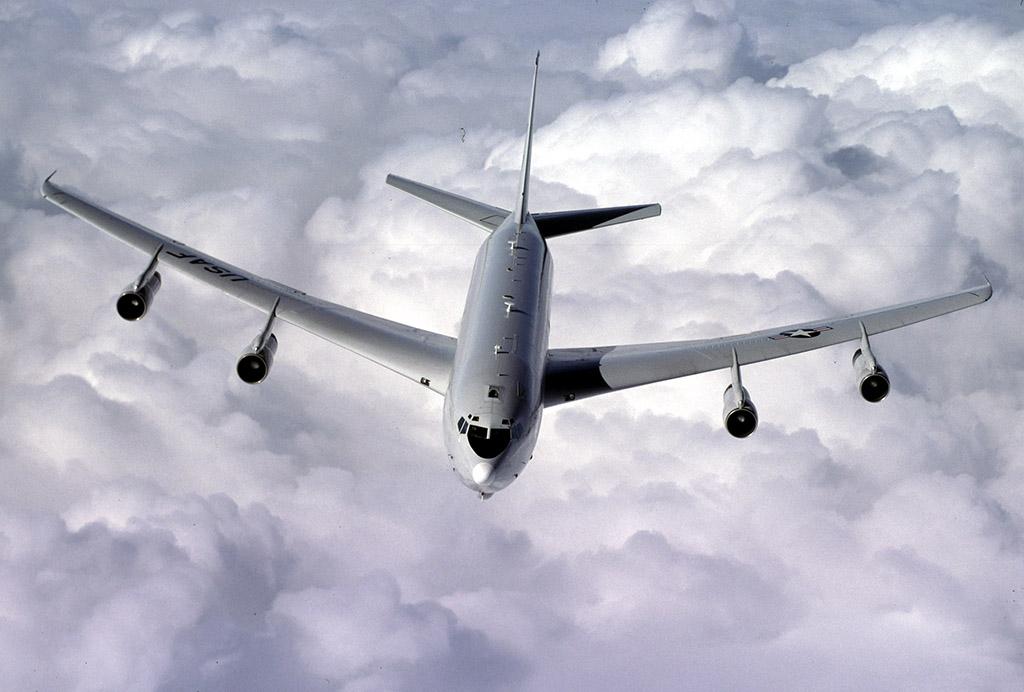 The three industry teams vying to recapitalize the Air Force’s legacy E-8C Joint Surveillance Target Attack Radar System (J-Stars) have now submitted their proposals to the service after years of uncertainty over whether the Pentagon would move forward with the program. Two teams led by Northrop Grumman—the incumbent—and Lockheed Martin are offering business jet platforms to replace the legacy E-8C J-Stars; Boeing is bidding a modified 737-700-based airframe.

While no team clearly has the edge, experts say the battle will come down to Northrop and Boeing. Lockheed likely faces two hurdles: Of the two business jet proposals, it is not the incumbent, and it relies on a non-U.S. airframe. If the decision is between the 737 and a business jet, much will depend on how many crew and consoles the Air Force decides the new J-Stars will need. 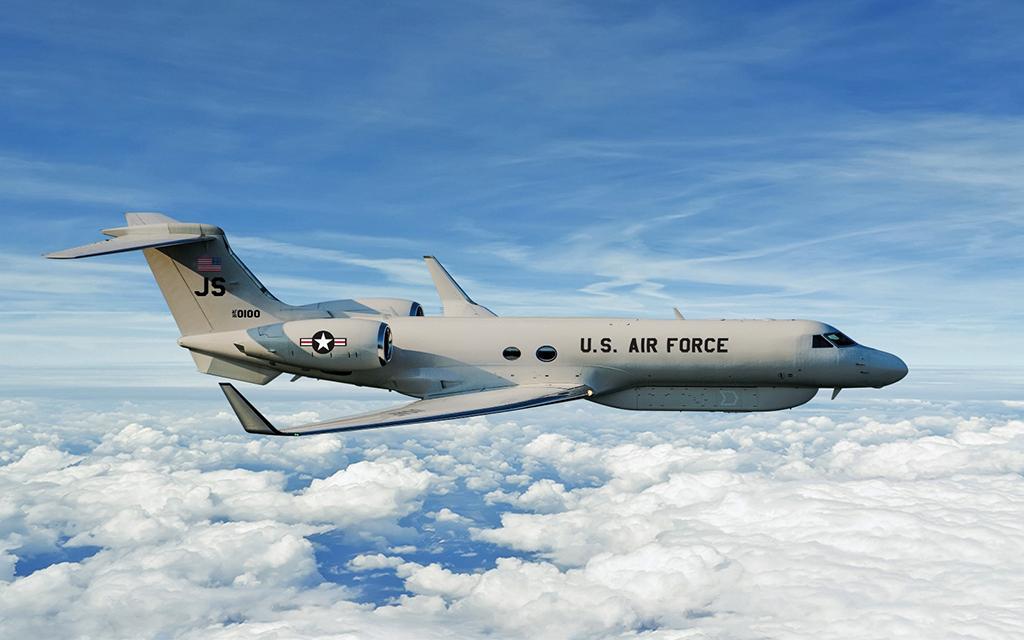 Incumbent. Northrop Grumman manufactures and maintains the existing E-8C J-Stars fleet, a militarized Boeing 707. Its expertise in the aircraft and mission could give it the edge in terms of risk and schedule.

Size. A smaller business jet can fly to higher altitudes than a commercial airliner, allowing operators to surveil larger areas, and provides a smaller target for enemy radars and anti-aircraft weapons. This platform would enable the Air Force to base the new J-Stars all over the world, in many more locations than a larger aircraft would, argues Alan Metzger, Northrop’s J-Stars lead. The smaller airframe also consumes less fuel and so has lower life-cycle costs, he says.

Procurement cost. The 2015 price for the G550 is $61.5 million, equipped, roughly equivalent to the Global 6000 but cheaper than the flyaway cost of a commercial airliner. 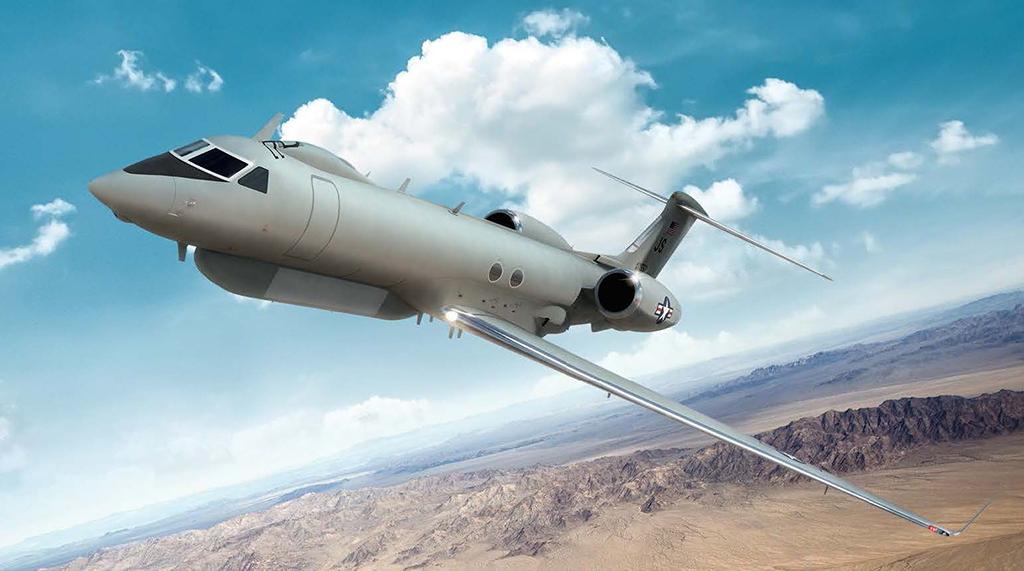 Operating costs. Business jets are produced globally at a lower rate and designed to operate for fewer hours per year than commercial airliners. The consumption of spare parts is lower, therefore pricing is higher. So, although it is a smaller platform, a business jet could actually be more expensive to operate. “Common sense tells us smaller must be cheaper, but no, it’s not,” says Richard Aboulafia, an analyst with the Teal Group. The business jets are also supported by a worldwide logistics network, but it is not on the same scale as the 737.

Quality assurance. The Air Force temporarily grounded four of its E-8Cs in September over concerns about quality assurance and maintenance procedures at Northrop’s depot facility in Lake Charles, Louisiana. Air Force Materiel Command chief Gen. Ellen Pawlikowski now says Northrop has “righted the ship,” though there is still work to be done. This is unlikely to affect the source selection process, but neither is it a ringing endorsement of the contractor. 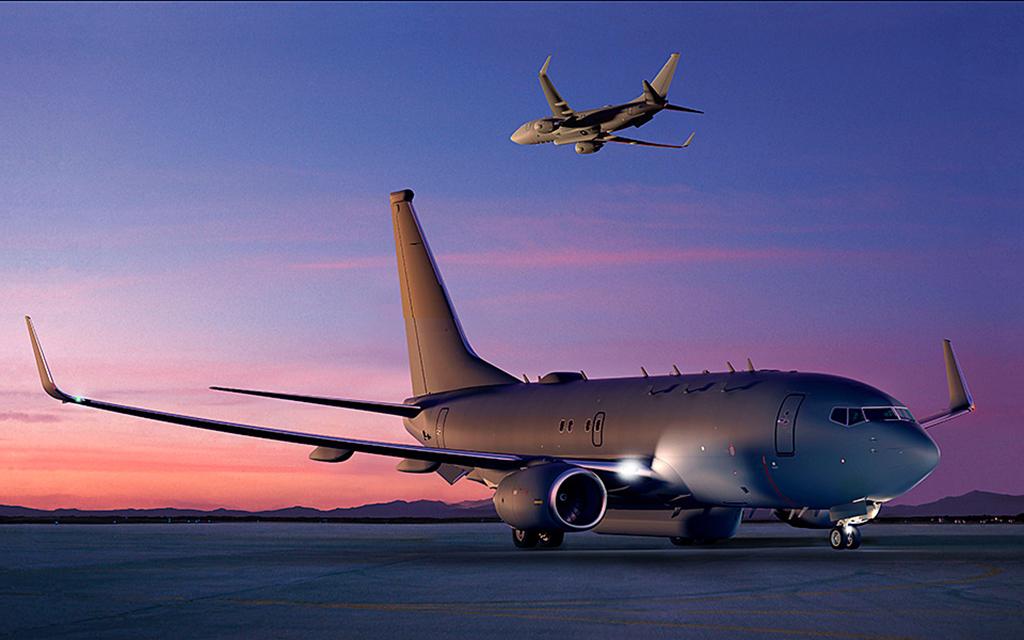 Global footprint. Boeing’s 737 is produced globally at a higher rate and designed to operate for more hours per year than either of the business jet platforms. The consumption of spare parts is higher, therefore pricing is lower, says Aboulafia. Boeing argues that the 737’s global maintenance and parts footprint means the Air Force could take a 737-based J-Stars virtually anywhere and find support.

Economies of Scale. More than 9,000 737s are in operation worldwide, with another 4,000 on order. Boeing is building 737s at a rate of 47 a month now and will step up to 57 a month by 2019. “The scale of the 737 program is really without precedent in civil aviation, and therefore there are opportunities for cost savings that you wouldn’t normally get,” says Loren Thompson, an analyst with the Lexington Institute.

Capacity. Boeing boasts room for up to 16 consoles in the cabin, over 800 ft.2 of floor space and about 49,000 lb. of payload capacity. It is unclear if that space is absolutely necessary: Although the E-8C carries 18 operators, the Air Force requires the J-Stars recap to accommodate just 10. However, the Air Force probably wants as many onboard consoles as possible, due to concerns about communications disruptions. The additional space also gives the Air Force more flexibility if it decides to modify the aircraft later.

Commonality. The U.S. Navy’s P-8 Poseidon maritime surveillance aircraft and the Royal Australian Air Force’s airborne early warning E-7 “Wedgetail” are both 737-based platforms. Boeing is also pushing the 737 as the best solution to replace other 707-derived U.S. fleets, including the E-3 AWACS, as well as the EC-130H Compass Call electronic warfare aircraft and RC-/OC-/WC-135s. 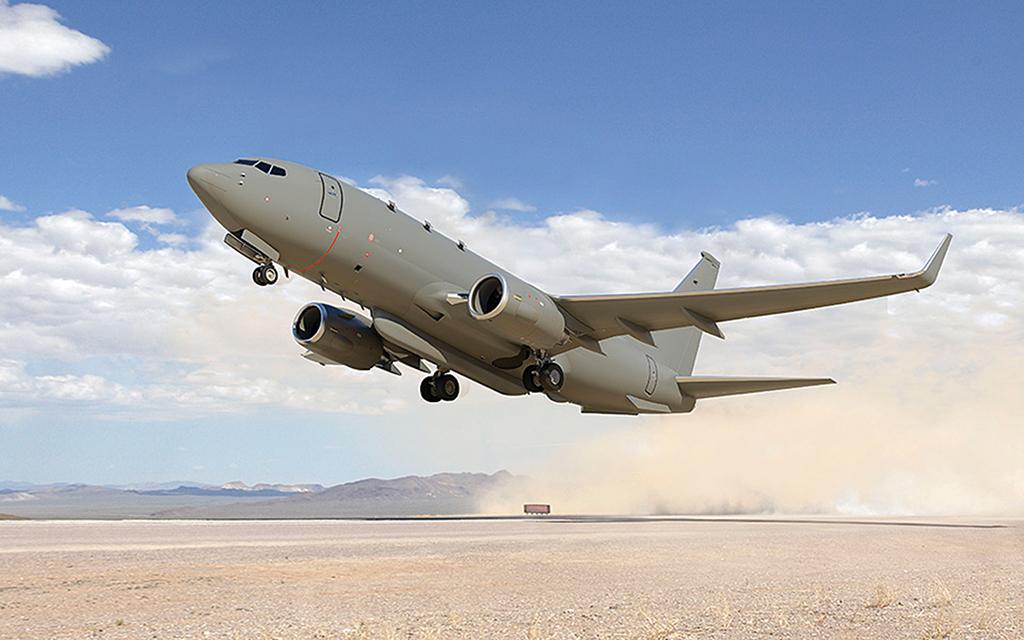 Size. The larger commercial airliner, while more spacious, cannot fly as high as the smaller business jets and is a bigger target for enemy radar. It is also potentially limited to airfields that can accommodate larger platforms. 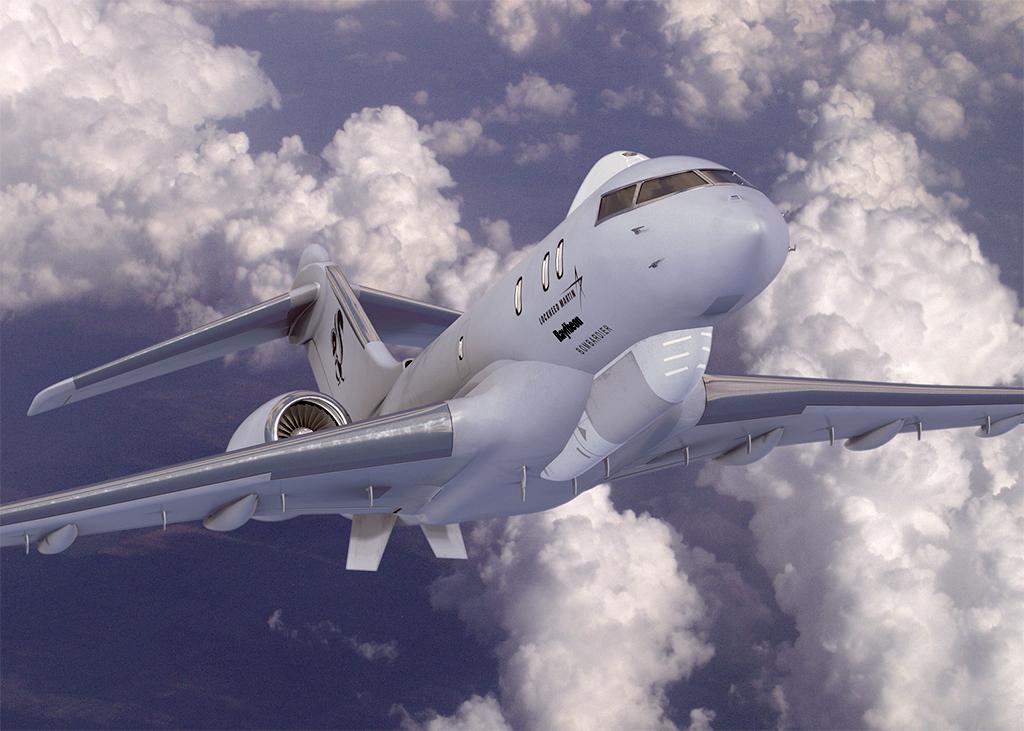 Size. Like Northrop’s offering, the smaller business jet being bid by Lockheed Martin and Bombardier can fly to higher altitudes than a commercial airliner, is a smaller target for enemy radars and anti-aircraft weapons, allows basing in more locations and burns less fuel.

Integration experience. Lockheed has extensive experience integrating special mission aircraft for the military and is a leader in battle management systems.

Procurement cost. The 2015 price for the Global 6000 is $62 million, equipped, roughly equivalent to the Gulfstream G550 but cheaper than the flyaway cost of a commercial airliner.

Non-U.S. airframe. Using a Canadian-built airframe is typically a disadvantage in any U.S. military competition, especially when the proposal is going up against U.S. primes like Boeing and Gulfstream. “I hate to say it, but it probably matters,” says Aboulafia. 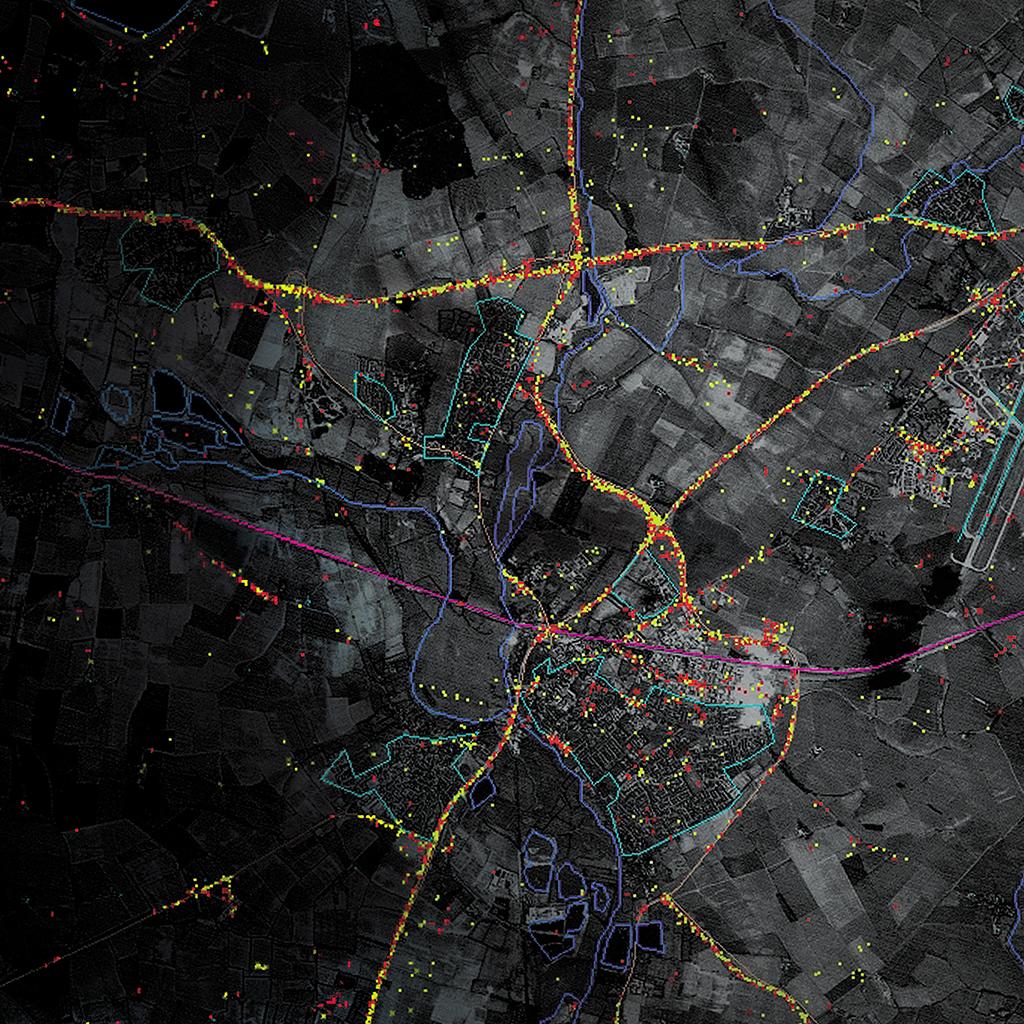 Developing and integrating a modern active, electronically scanned array radar is key to replacing the legacy E-8C J-Stars, which is distinguished by a long, canoe-shaped space under the forward fuselage that houses a 24-ft. radar to track movement in the battlespace and relay tactical pictures to ground and air theater commanders. The Air Force made the unusual move of allowing the competitors to submit two proposals for the J-Stars recap: one using Northrop’s long-range, wide-area surveillance radar and another using Raytheon’s competing system.

The U.S. Air Force is one step closer to replacing the repurposed Boeing 707-300s once used to transport cattle with a modern ground surveillance and battle management fleet that will provide critical battlefield information to combatant commanders for decades to come.