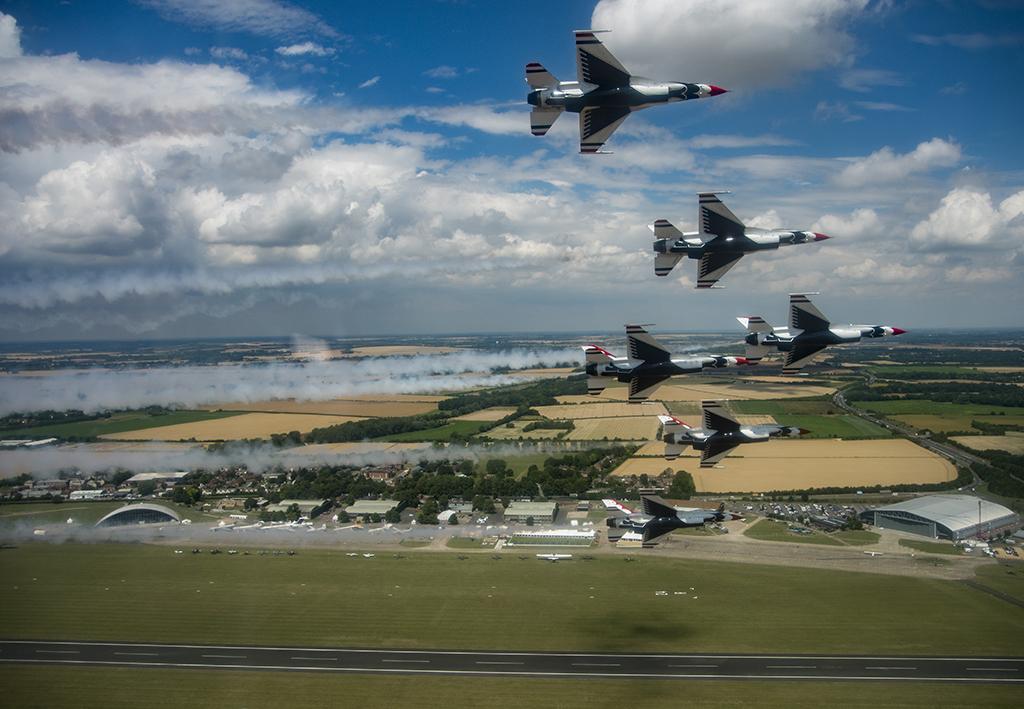 The U.S. Air Force Thunderbirds flew over several bases and famous British landmarks in preparation for their first performance in 10 years at the Royal International Air Tattoo at RAF Fairford, England. Here, they are pictured flying over RAF Duxford in England on July 10. 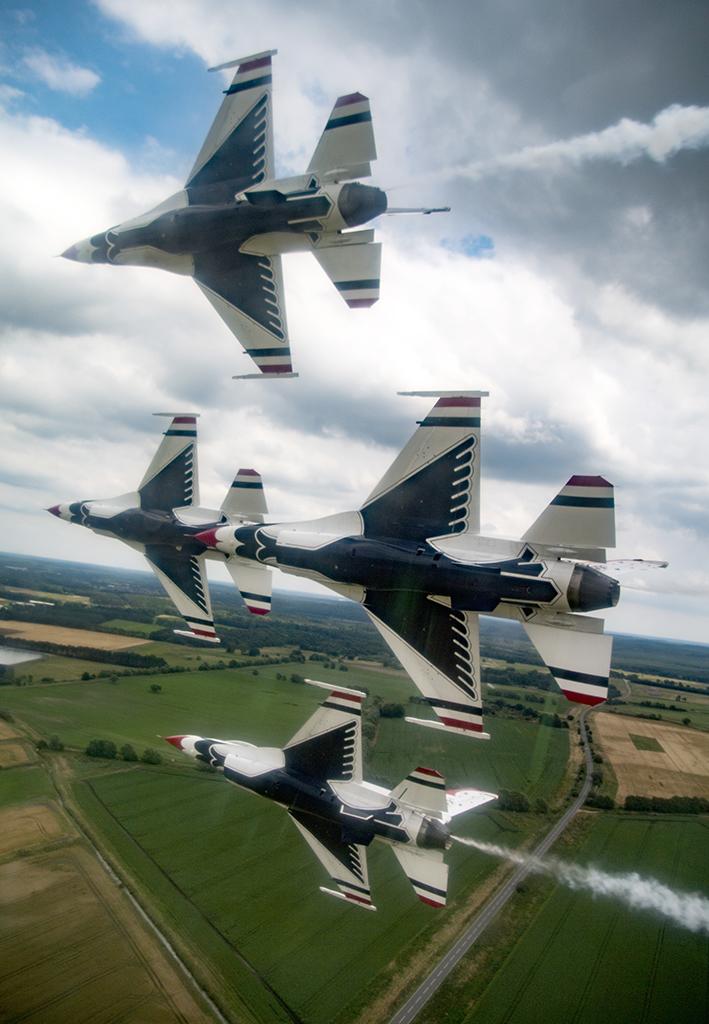 Over the British countryside on July 10. 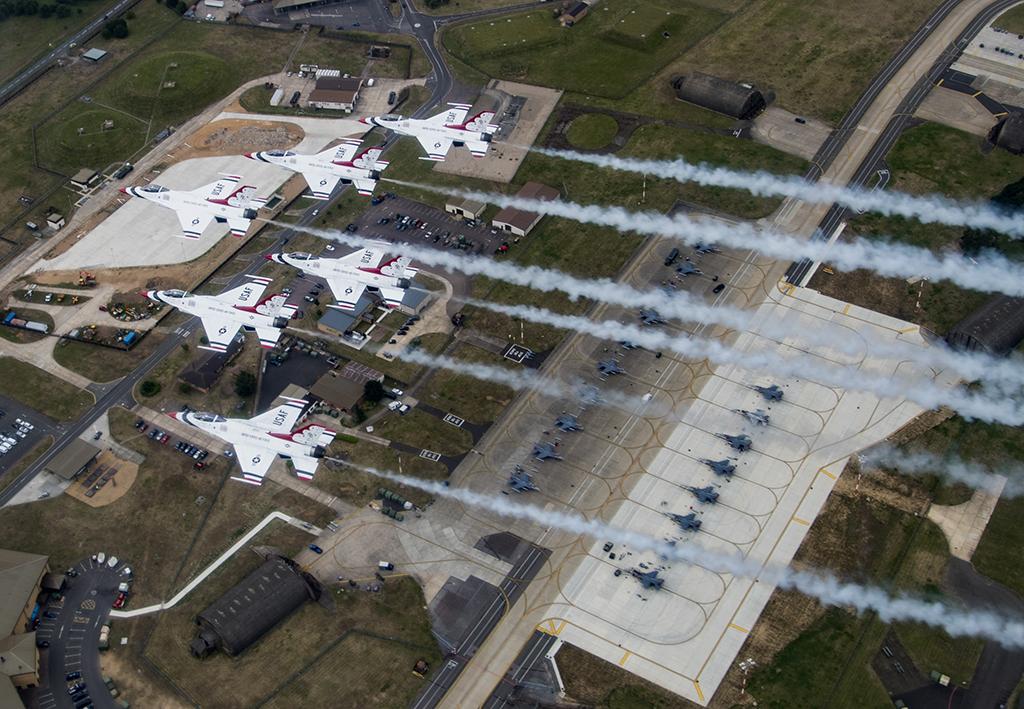 Over RAF Lakenheath, England, on July 10. 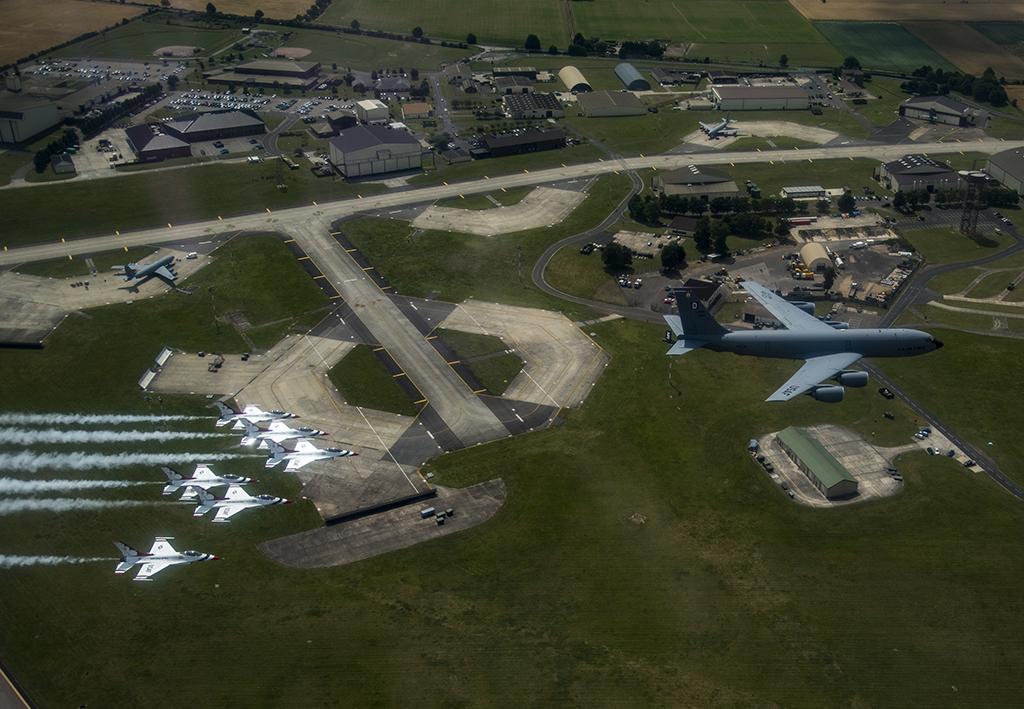 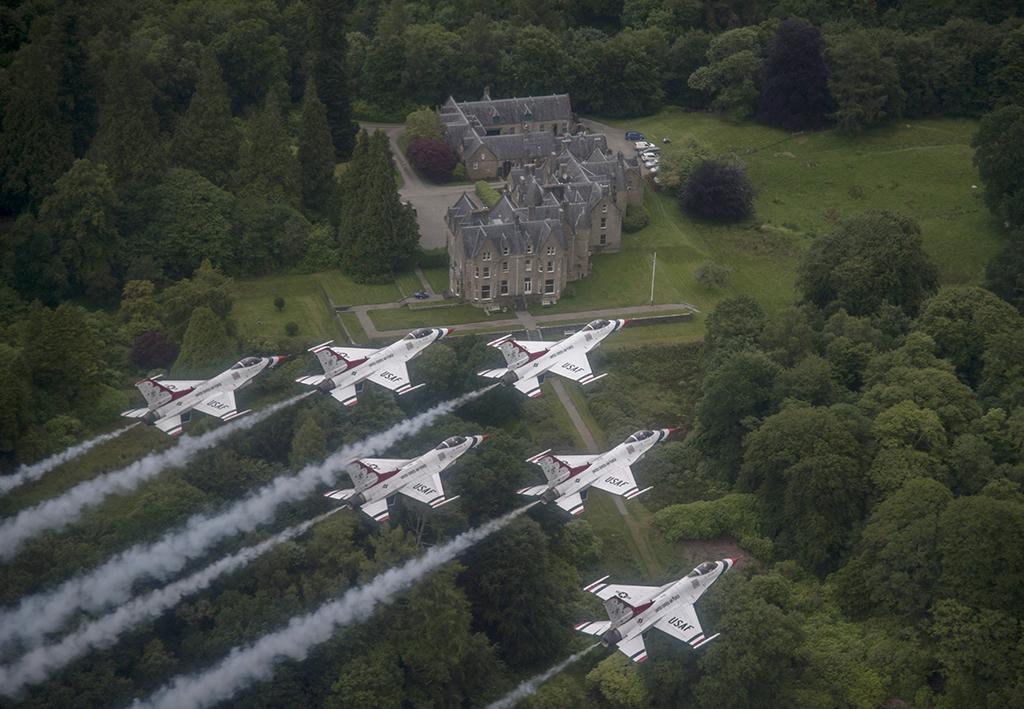 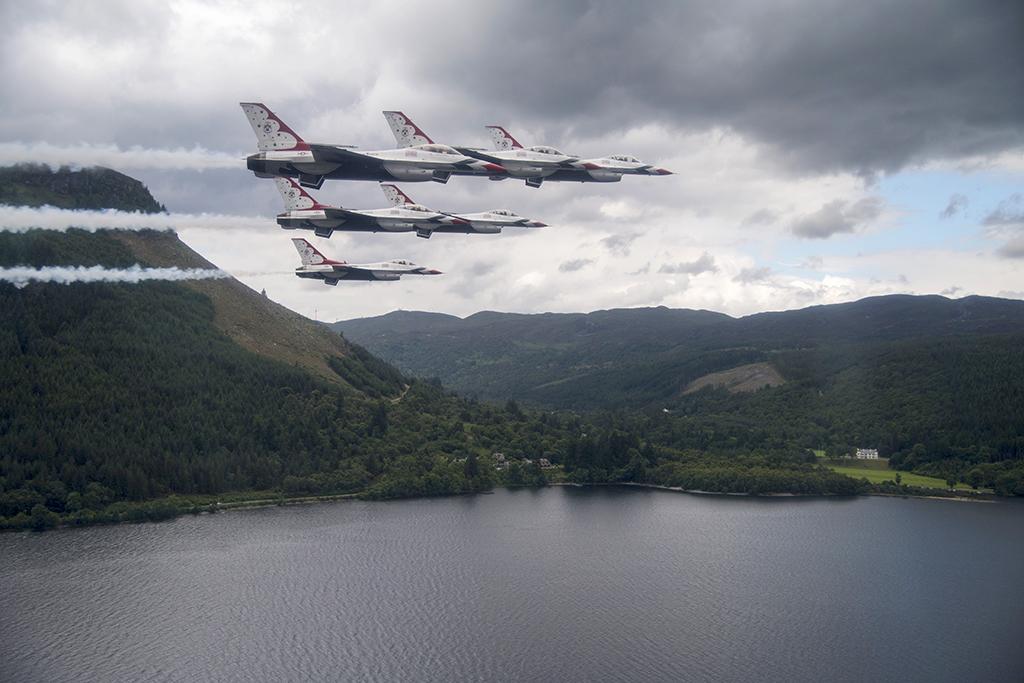 Above Loch Ness in Scotland on July 10. 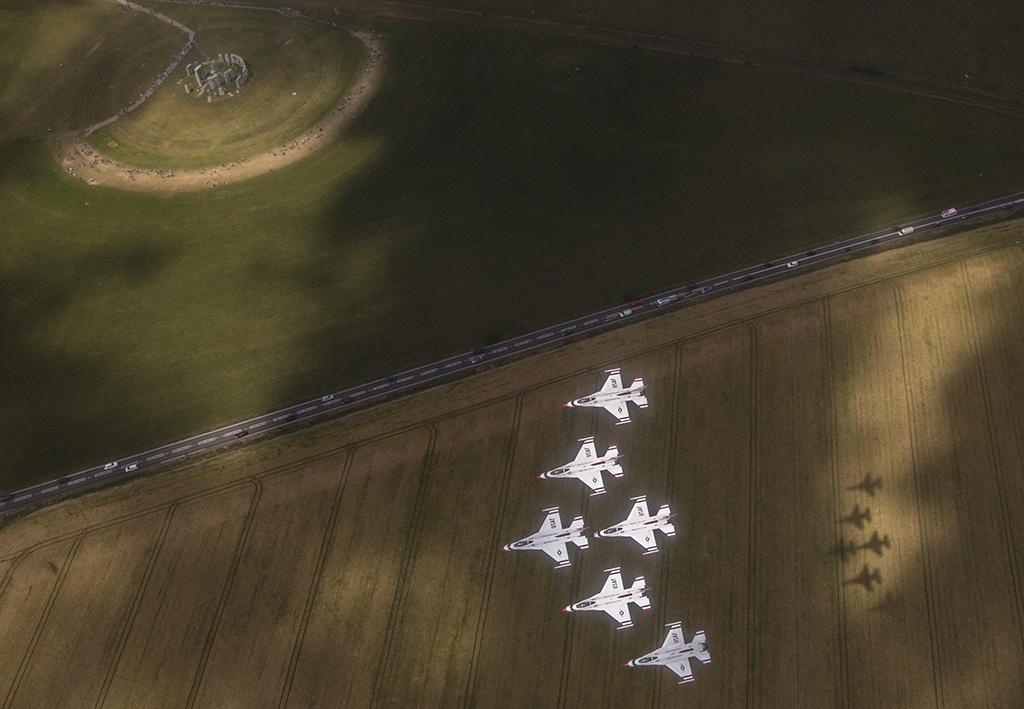 In the sky over Stonehenge in England on July 10. 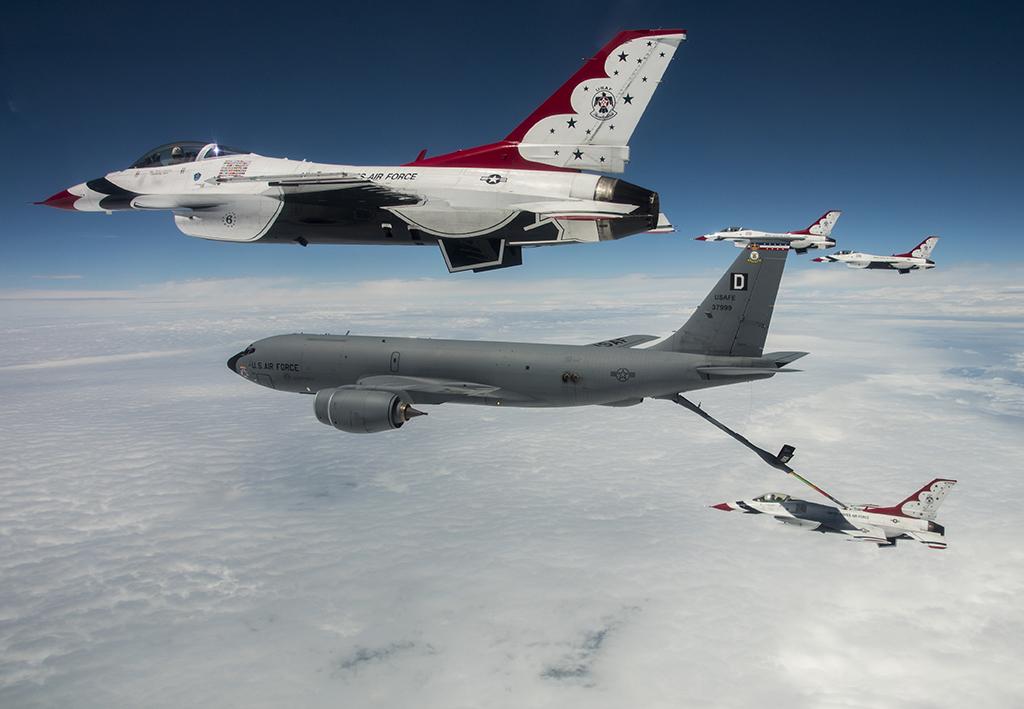 The Thunderbirds refuel from a U.S. Air Force KC-135 Stratotanker assigned to the 100th Air Refueling Wing on July 11 en route to the practice flyby for Bastille Day in Paris. 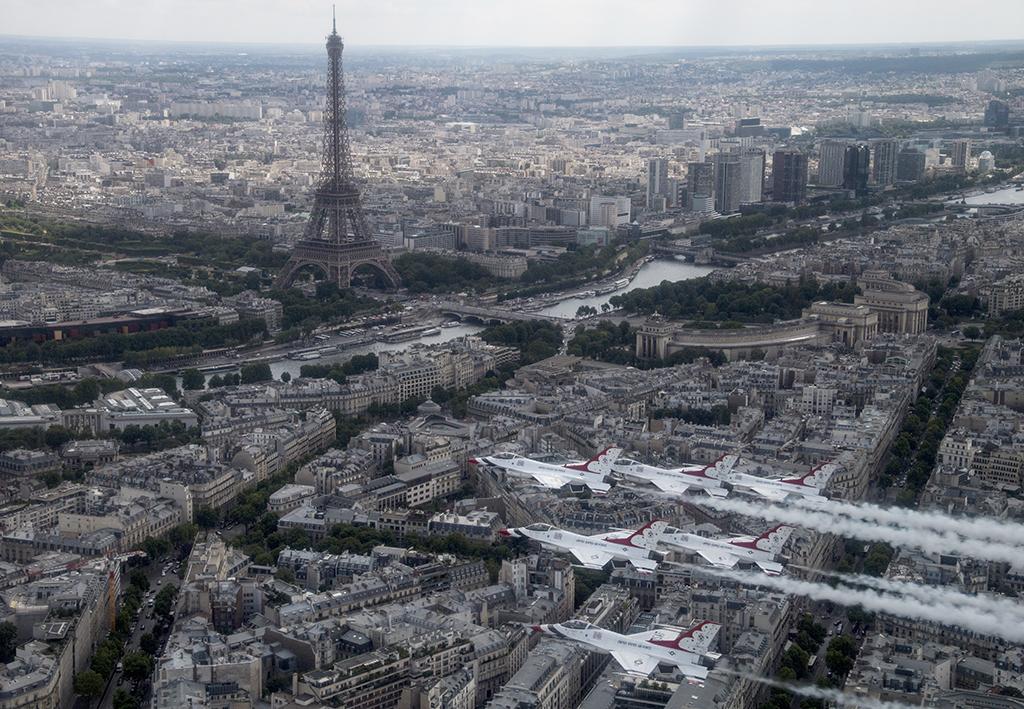 The Thunderbirds flew over the Arc de Triomphe and Champs-Elysees during the Bastille Day parade to mark the storming of the Bastille military prison in 1789, a turning point of the French Revolution, and also recognizing the centennial of the U.S. entry into World War I in 1917. 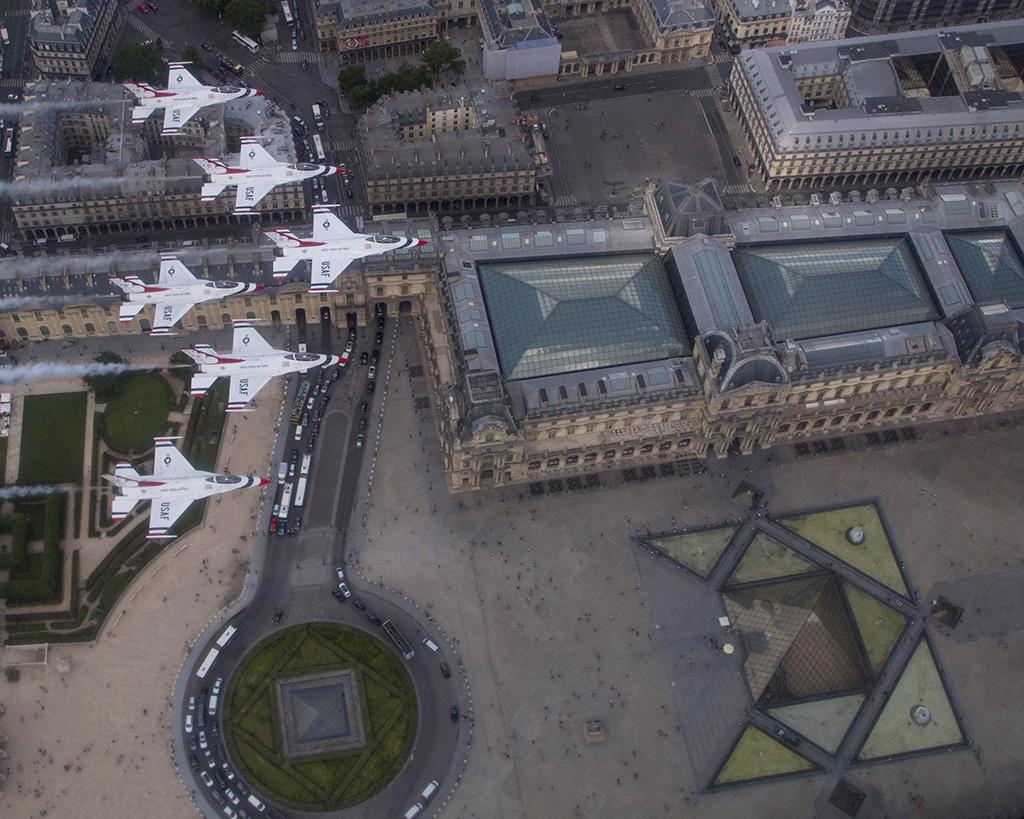 Above the Louvre during a July 11 practice procession ahead of Bastille Day festivities. 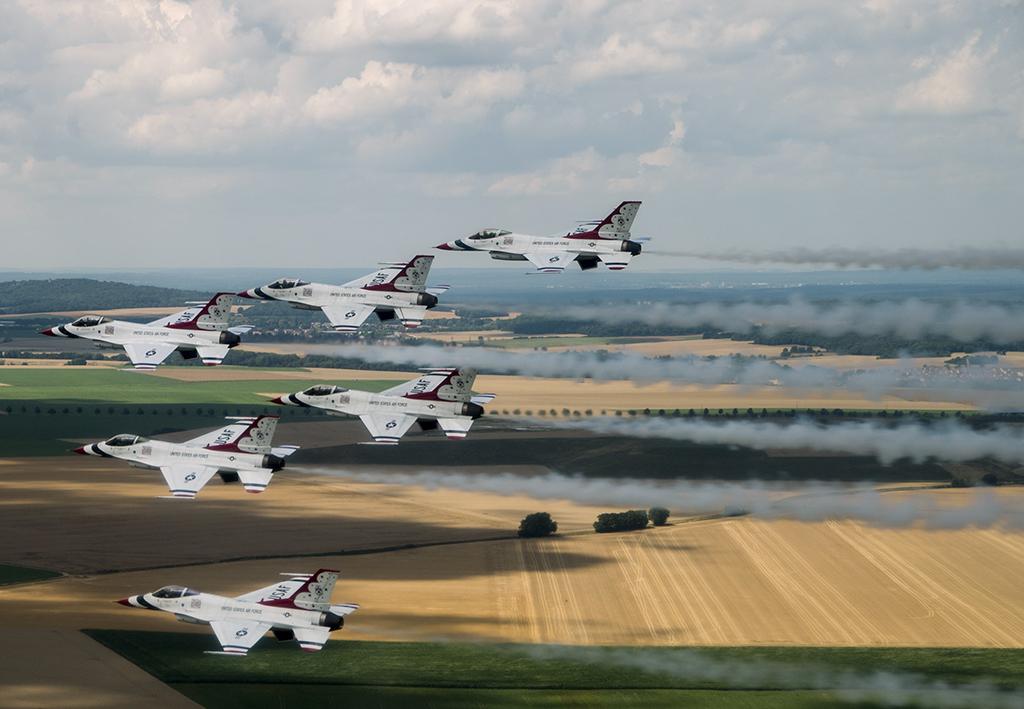 In the skies over the French countryside July 11 during preparation for Bastille Day celebrations. 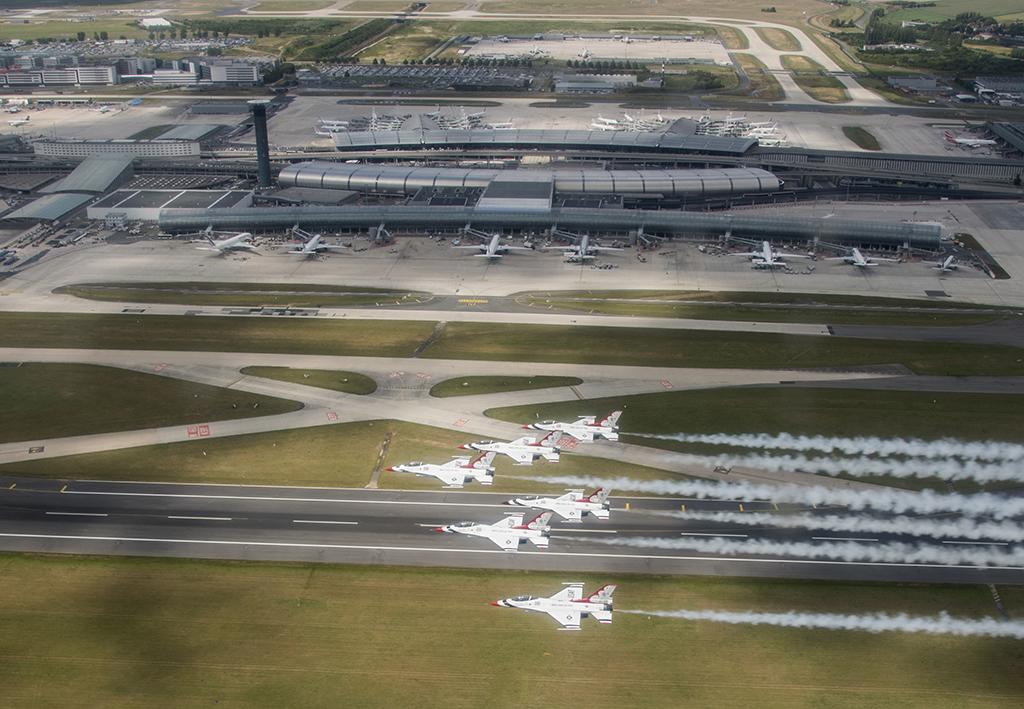 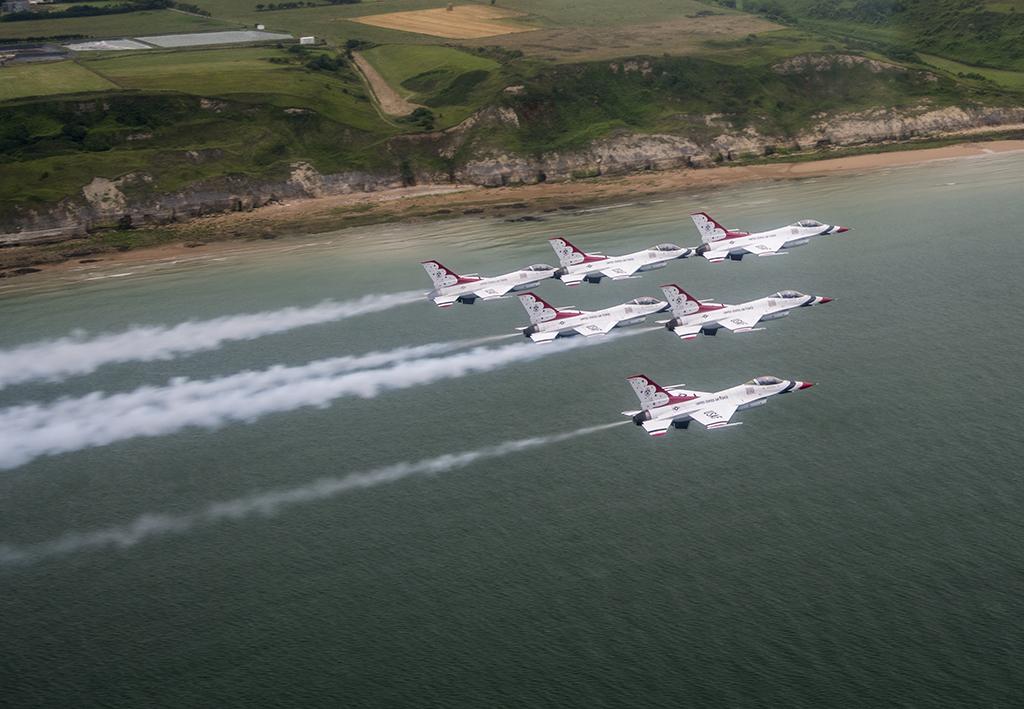 Off the coast of Normandy Beach, France, July 11. 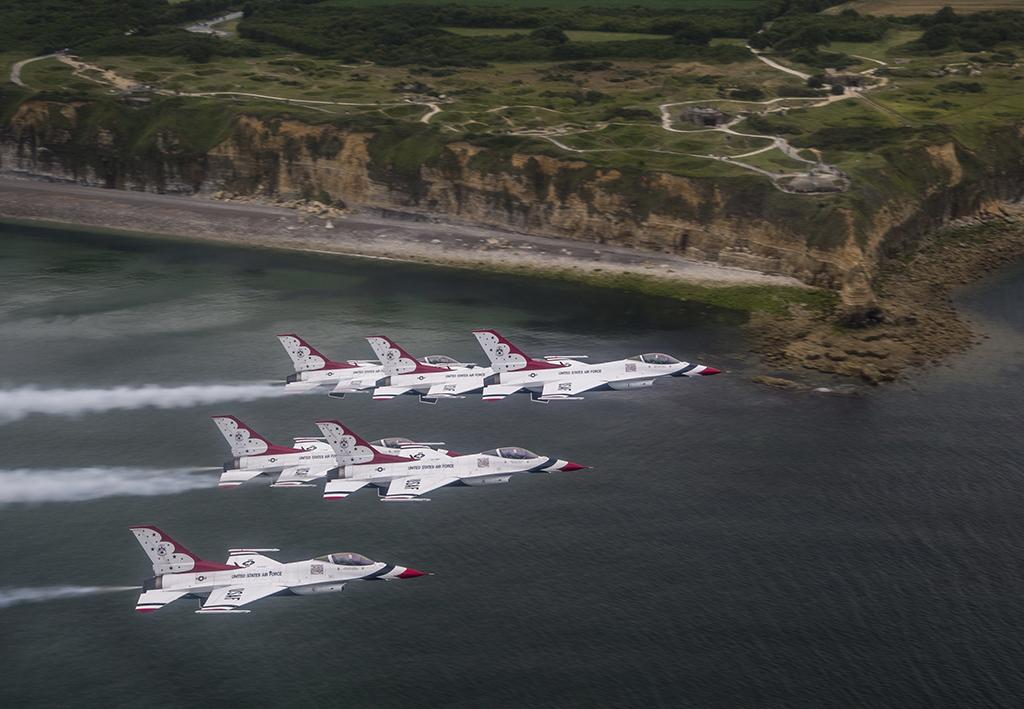 Off the coast of Point Du Hoc in Normandy on July 11. During World War II, it was the highest point between Utah Beach to the west and Omaha Beach to the east. 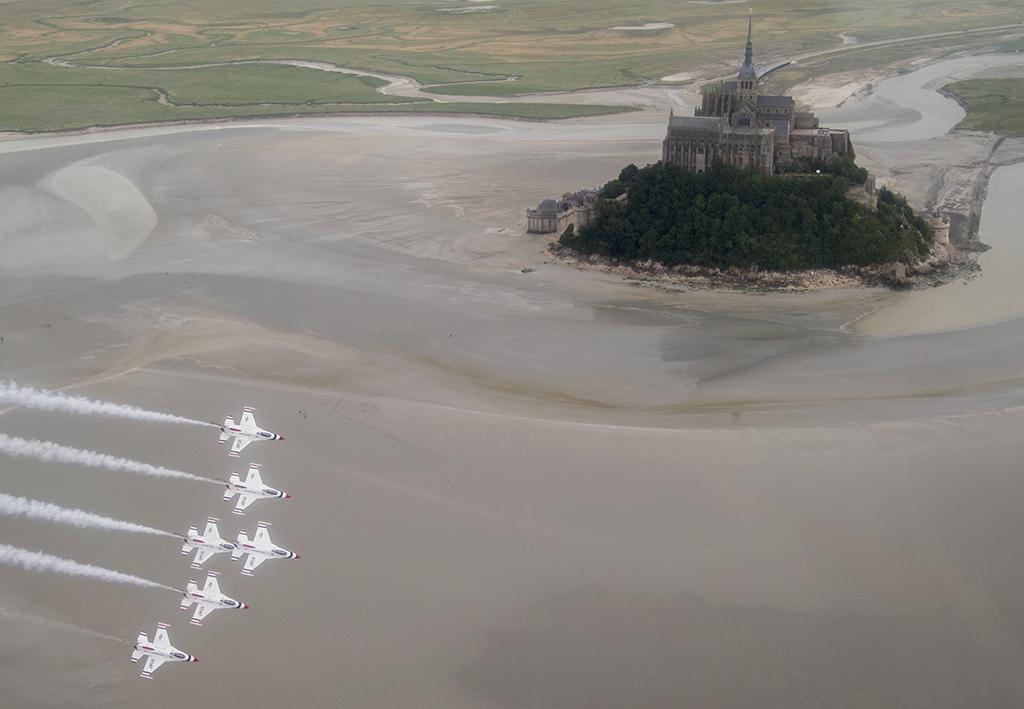 Flying by Mont Saint-Michel in Normandy on July 11.

Born in West Point, Nebraska, the Thunderbirds slot pilot enlisted in the U.S. Army as an infantry soldier right out of high school to "get off the farm, quite literally," he told Aviation Week here. He flew UH-60 Black Hawks as a Medevac pilot before transitioning to the Air Force in 2004. Krajicek applied to the Thunderbirds in 2014 and was rejected, but he was then selected the next year.

To prepare for their first performance in 10 years at the world's largest military air show, the Royal International Air Tattoo (RIAT) held here, the Air Force's premier aerobatic team flew all over Great Britain July 10, flying over several bases, including RAF Lakenheath, as well as landmarks such as Stonehenge and Loch Ness, Scotland, Krajicek said.

Then it was on to France for a practice procession ahead of Bastille Day celebrations. The team flew over famous Paris landmarks, including the Eiffel Tower, the Louvre and Charles de Gaulle Airport as well as the French countryside. The Thunderbirds also flew over several sites in Normandy, France, to honor the U.S.-French alliance in World War II.

The visit culminated in the July 14 Bastille Day flight from the Arc de Triomphe to the Obelisk of Luxor in the Place de la Concorde—flanked by two F-22 Raptors—and daily performances at RIAT July 14-16.

But for Krajicek, a highlight of the trip was flying in the back of one of the BAE Hawk trainer Red Arrows, the Royal Air Force's aerobatics team.

"Almost every pilot got a chance to fly with one of their Red Arrow counterparts," Krajicek said. "Really what it is is an exchange process where we can exchange how we can do business; we can kind of compare and contrast and find best practices."

Training and flying with the Red Arrows also gave Krajicek ideas about moves to incorporate into the Thunderbirds' next performance, he said.

"It was exhilarating. They have an absolutely amazing show," Krajicek said. "They are able to do some things with that aircraft that we wouldn't dream of doing with a combat aircraft."