In A Twist: The Black Art Of Vortices 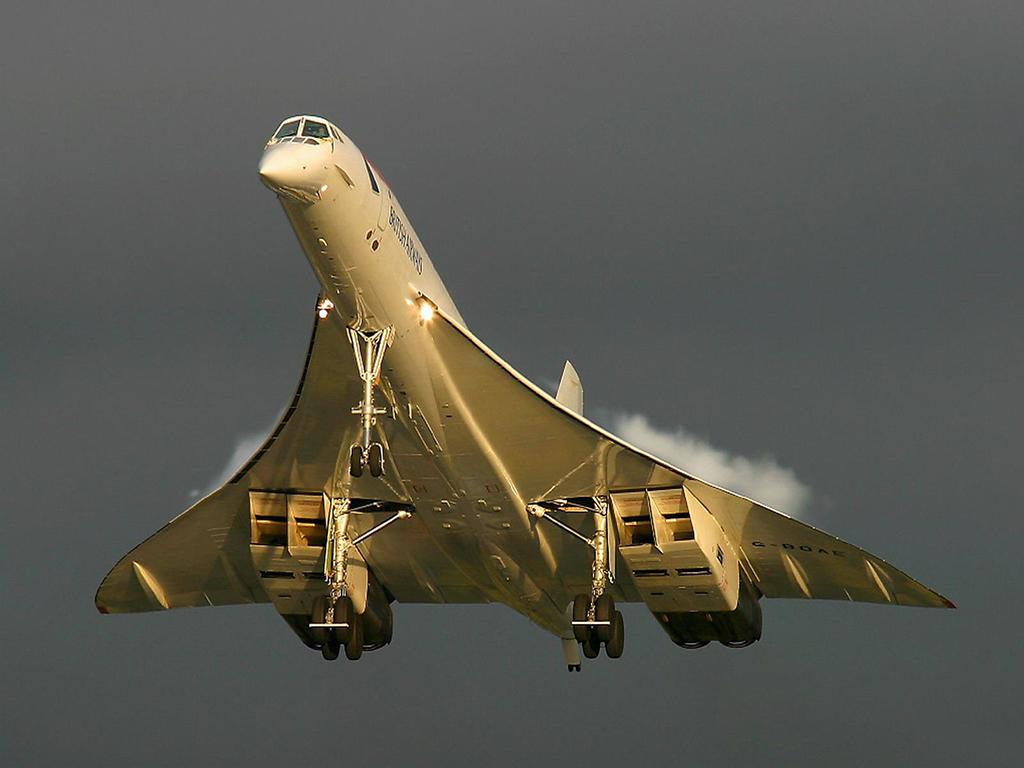 As an aircraft slides through the air, it can create shears or local velocity changes, which can in turn cause high-speed helical airflow patterns called vortices—in the same way that vertical shears between rising and falling air in storm clouds generate tornadoes. Vortices can be helpful because the low-pressure zones inside them can generate lift, as on the Concorde’s delta wing, but they can be unpredictable and hard to control. 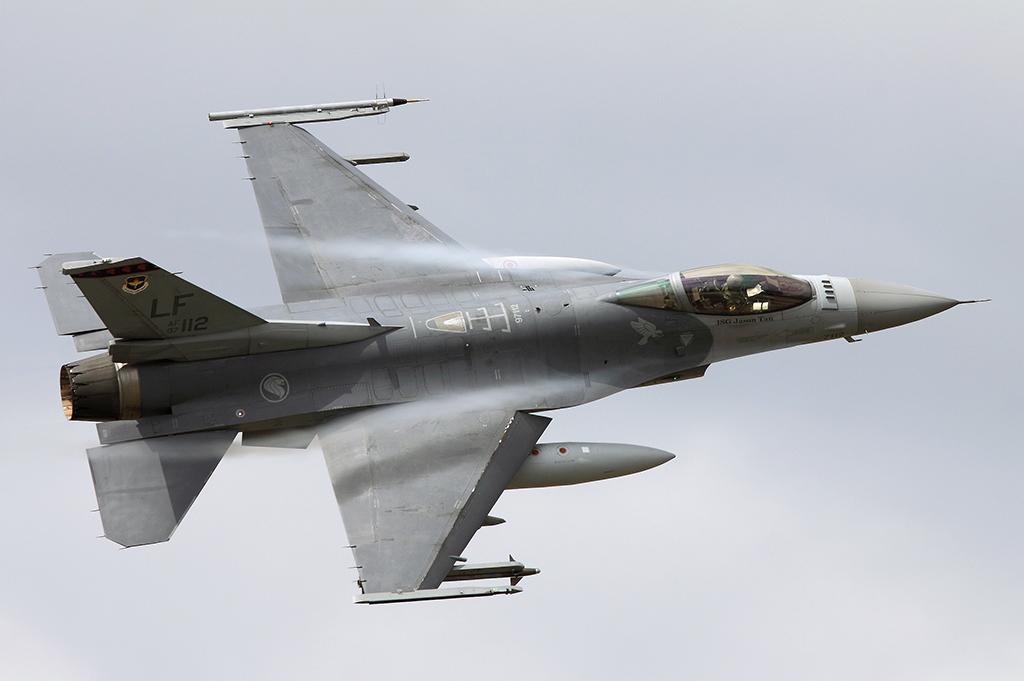 F-16 designer Harry Hillaker described vortex lift as “a black art.” The F-16’s leading-edge root extensions (Lerx) were designed to generate one set of vortices, to keep the design problems simple, and Hillaker also avoided using twin vertical stabilizers, judging that they risked being washed in the vortices, leading to buffet. 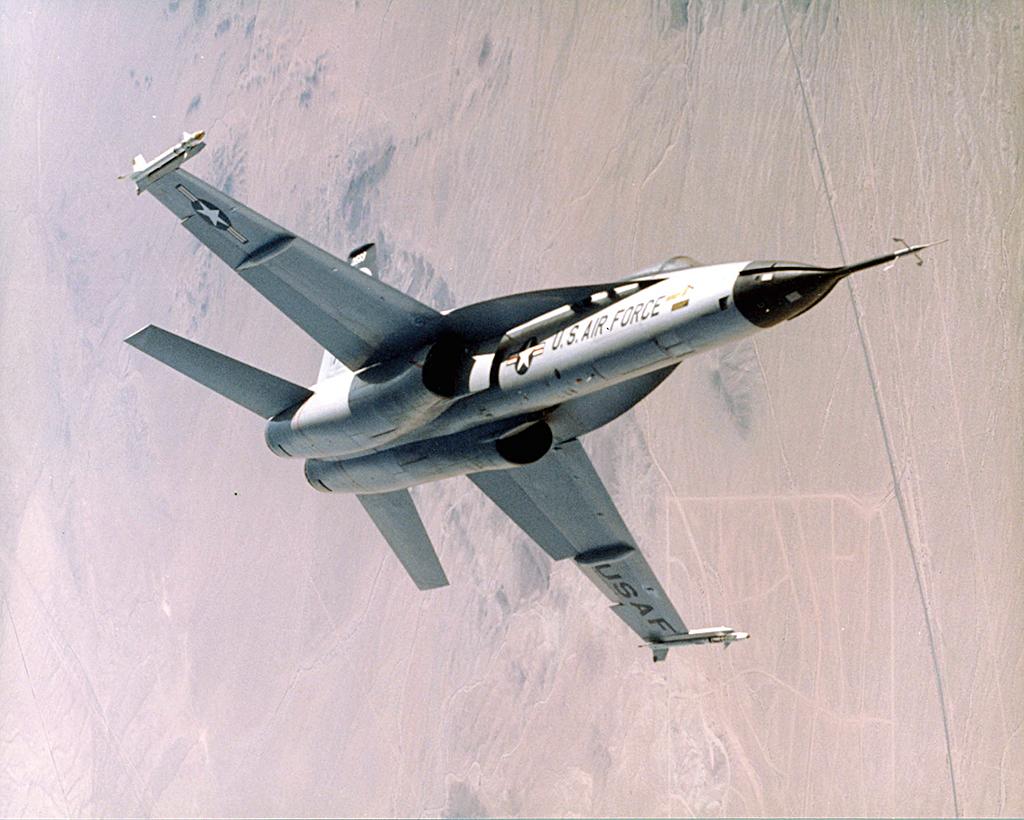 The F-16’s first rival, the Northrop YF-17, had twin tails and a bigger and more complex Lerx design, with a long slot between the Lerx and the body. 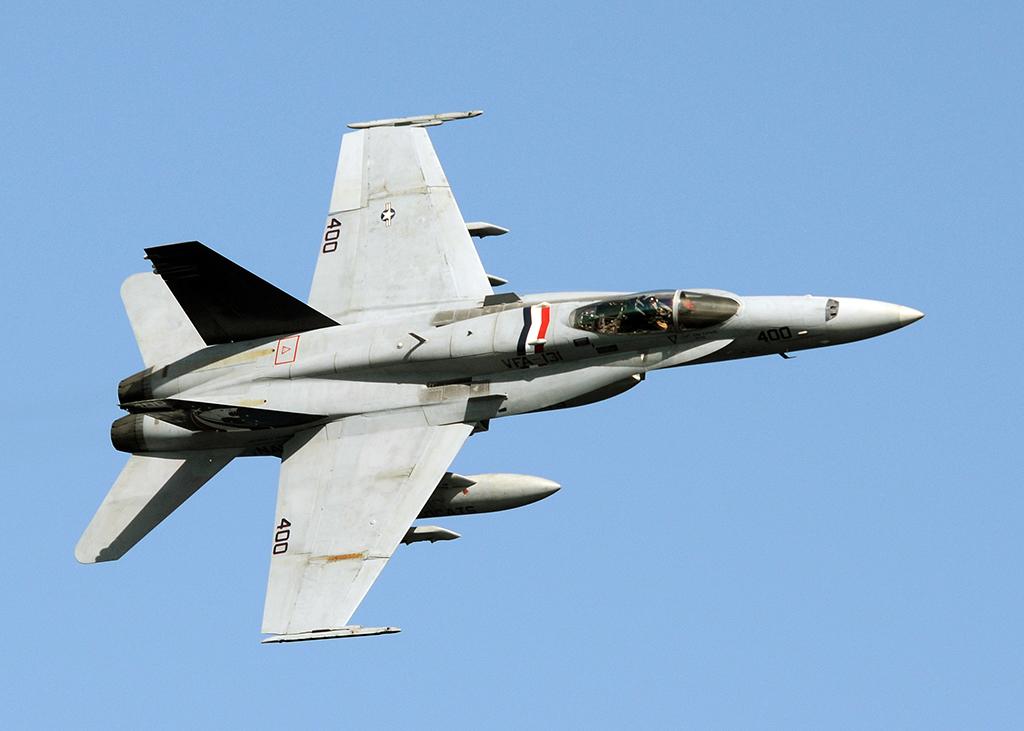 Development of the F/A-18 Hornet from the YF-17 involved a redesign of the Lerx with a smaller slot. Vortices did indeed cause buffeting transmitted through the twin tails, so later Hornets featured the so-called billboard strakes—where the wing leading-edge meets the Lerx—to mitigate the problem. 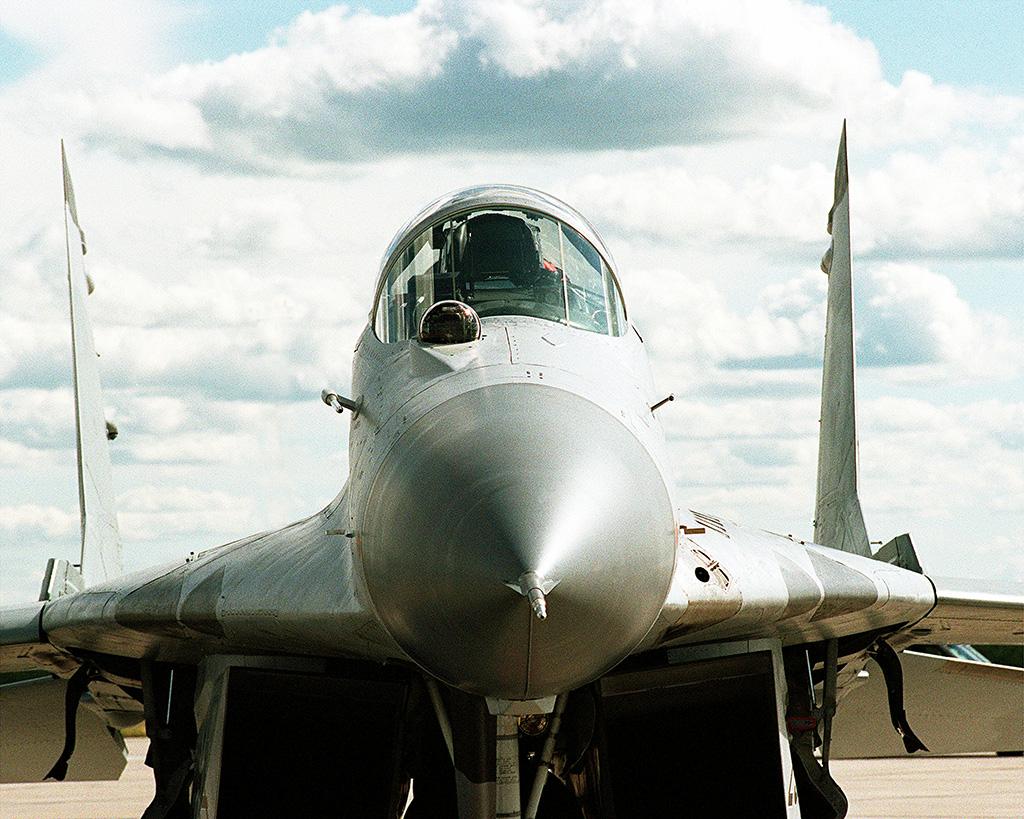 On its first public showing in the West, at the 1988 Farnborough Airshow, the Mikoyan MiG-29 watered the audience’s eyes by performing high-angle-of-attack (AOA) “dynamic deceleration” maneuvers and tailslides. One secret to that capability: a pair of tiny strakes at the junction of the nose air-data probe and radome. Their function was to “trip” a vortex—trigger it at an early stage—and thereby inhibit the formation of larger and less stable vortices further aft. That made the MiG-29 less susceptible than Western peers to “slice” at high AOAs. 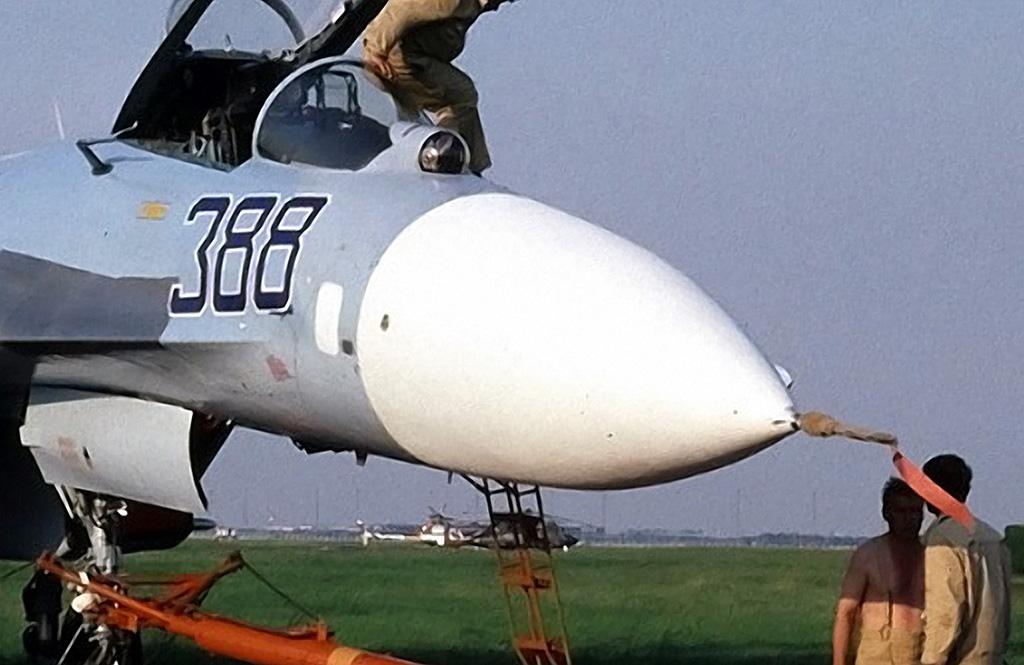 Early operational Sukoi Su-27s had two small horizontal blade surfaces at the tip of the radome, but later aircraft had improved flight controls and dispensed with them. 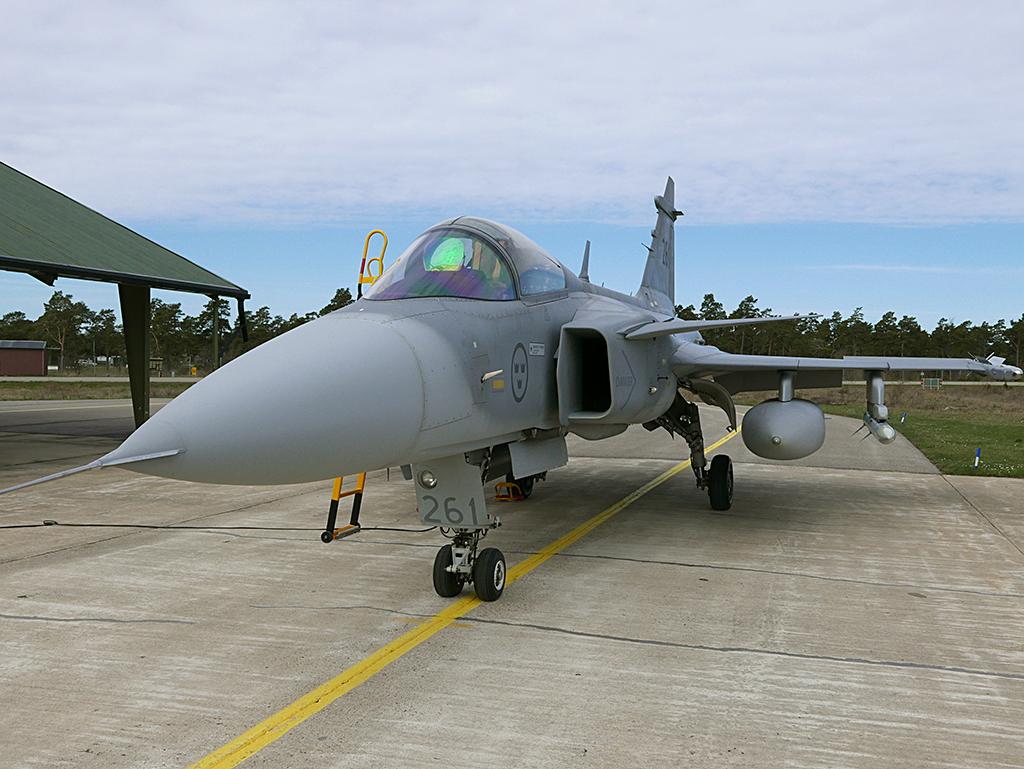 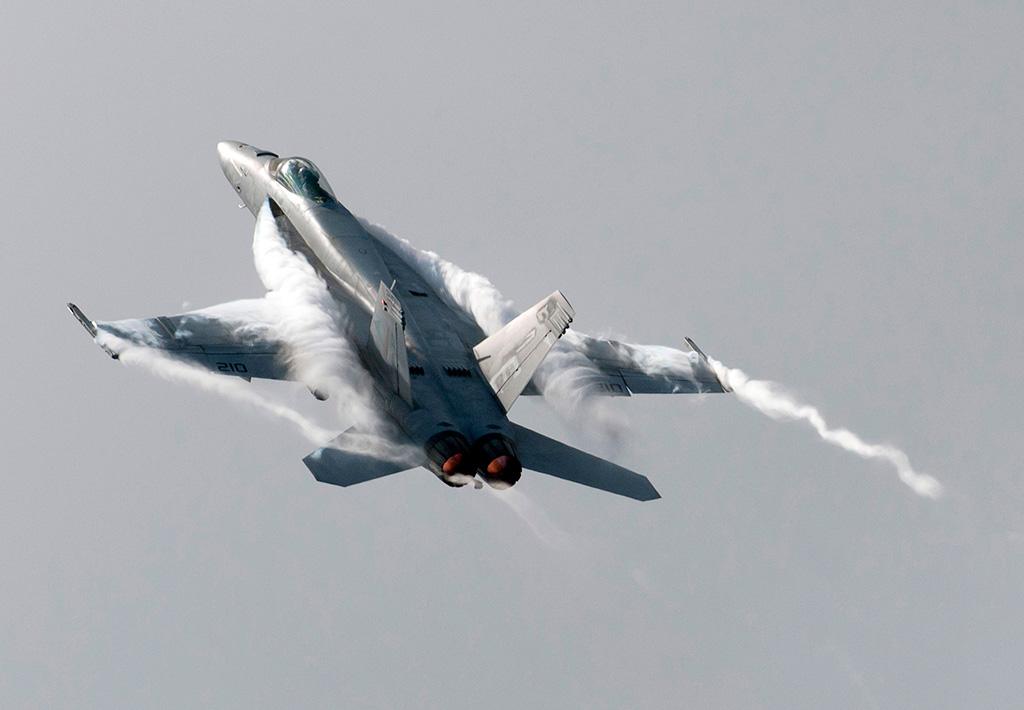 Taking a second bite at the basic F/A-18 configuration, McDonnell Douglas gave the Super Hornet a wider, ogive-shaped Lerx that shed its powerful vortex outboard of the tails, saying goodbye to the billboard strakes. 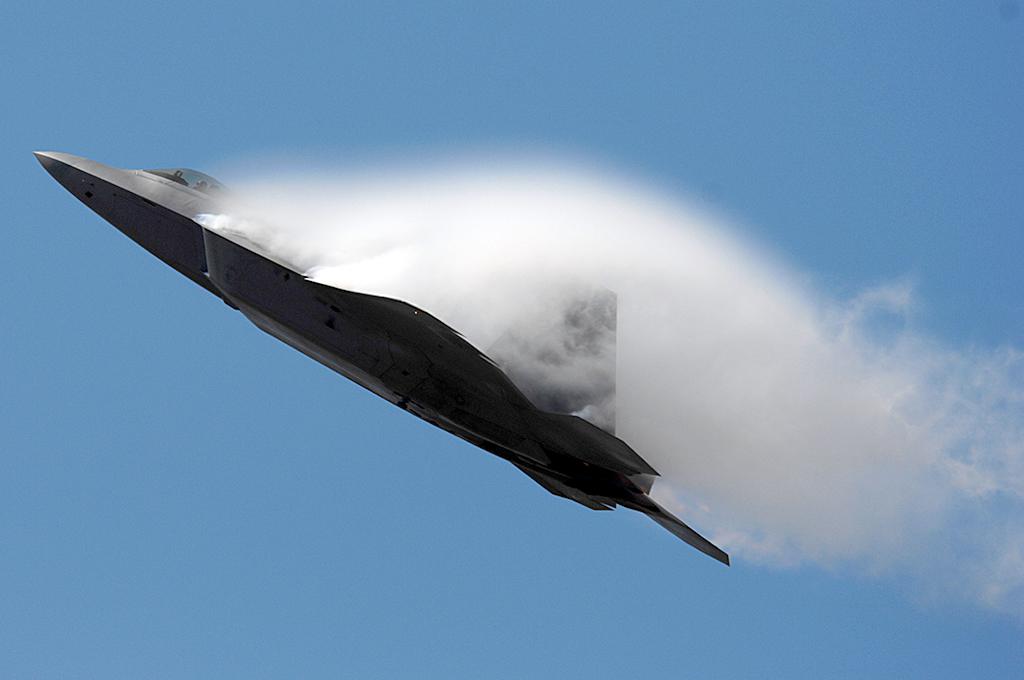 Vortex control devices can be very small and remain effective. The F-22 features a small lip on the upper outside edge of the engine inlet, aligned with the chine, which trips a predictable vortex at high AOA. 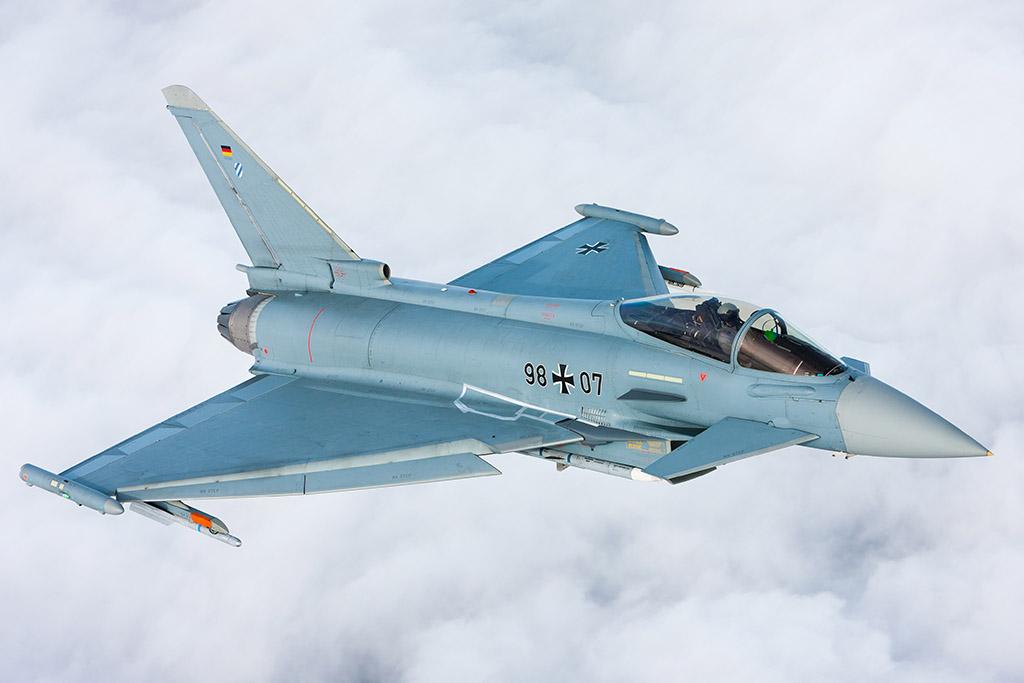 Aerodynamicists mostly deal with linear or turbulent airflows around moving objects. But at some conditions and with some shapes, stable rotational flows—vortices—can occur. They can be powerful lift-generators in circumstances where linear flows alone would break down—but beware; when a vortex shows the cloven hoof, the results can be dramatically undesirable.

Read Bill Sweetman's article about the Aerodynamic Modification Kit being considered as part of future improvement packages for the Eurofighter Typhoon.