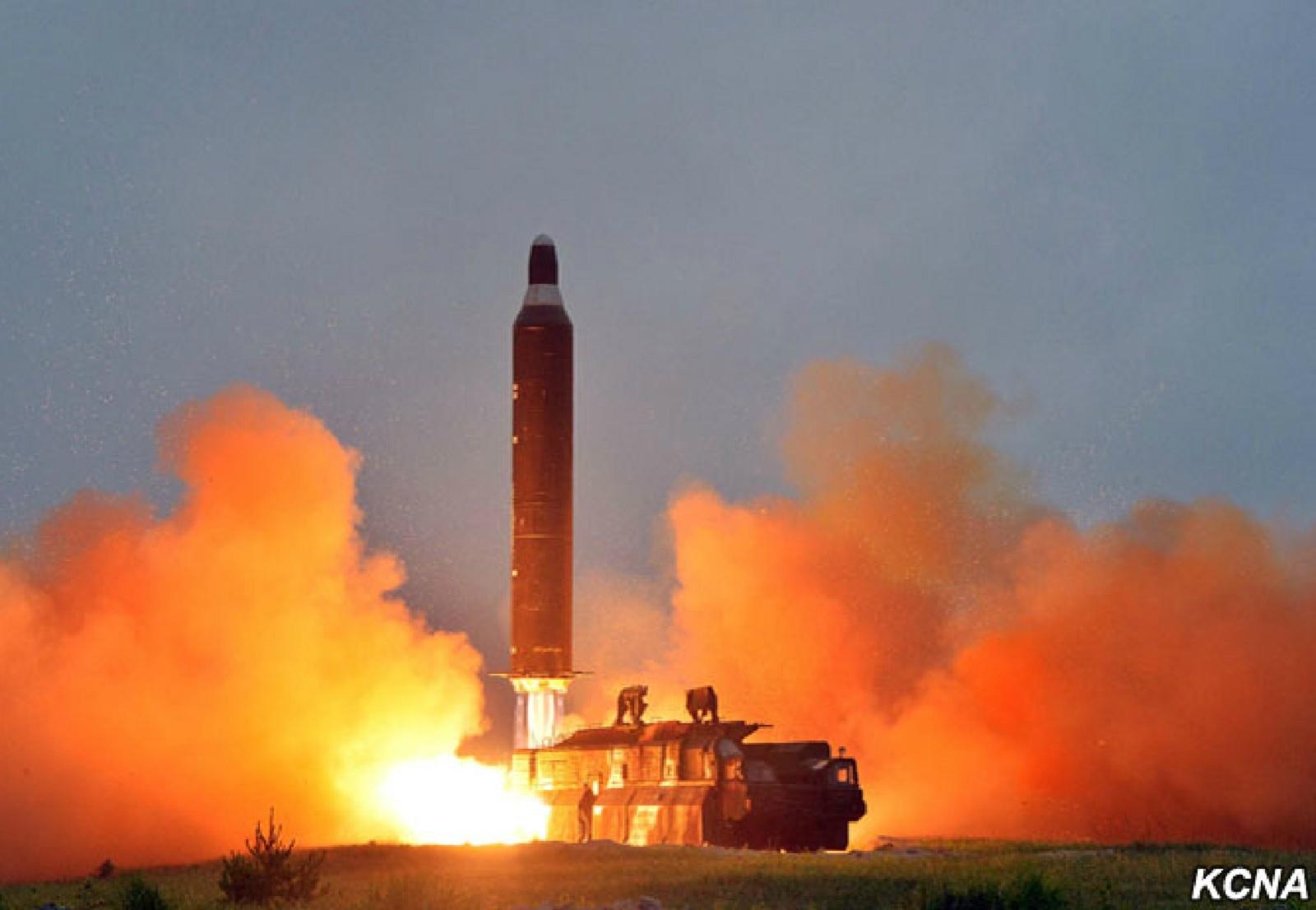 Derived from Russian technology, the Musudan had been dismissed by some as a fake when it was first paraded through Pyongyang in April 2010. After several failed attempts, North Korea eventually succeeded in demonstrating its new weapon, with one missile reaching an altitude of 880 mi. (1,400 km). It has an estimated range of 2,175 mi., based on the test’s high-arc trajectory. “This missile took off after five failed attempts,” says one analyst, speaking at the 2016 Space and Missile Defense Symposium in Huntsville. “They tried again and again and again, until one of them was successful. The missile is not a mockup; it exists.”

The MDA labeled the Musudan demonstration a “game changer,” while also warning of a new road-mobile ballistic missile that was revealed during a military parade last year. 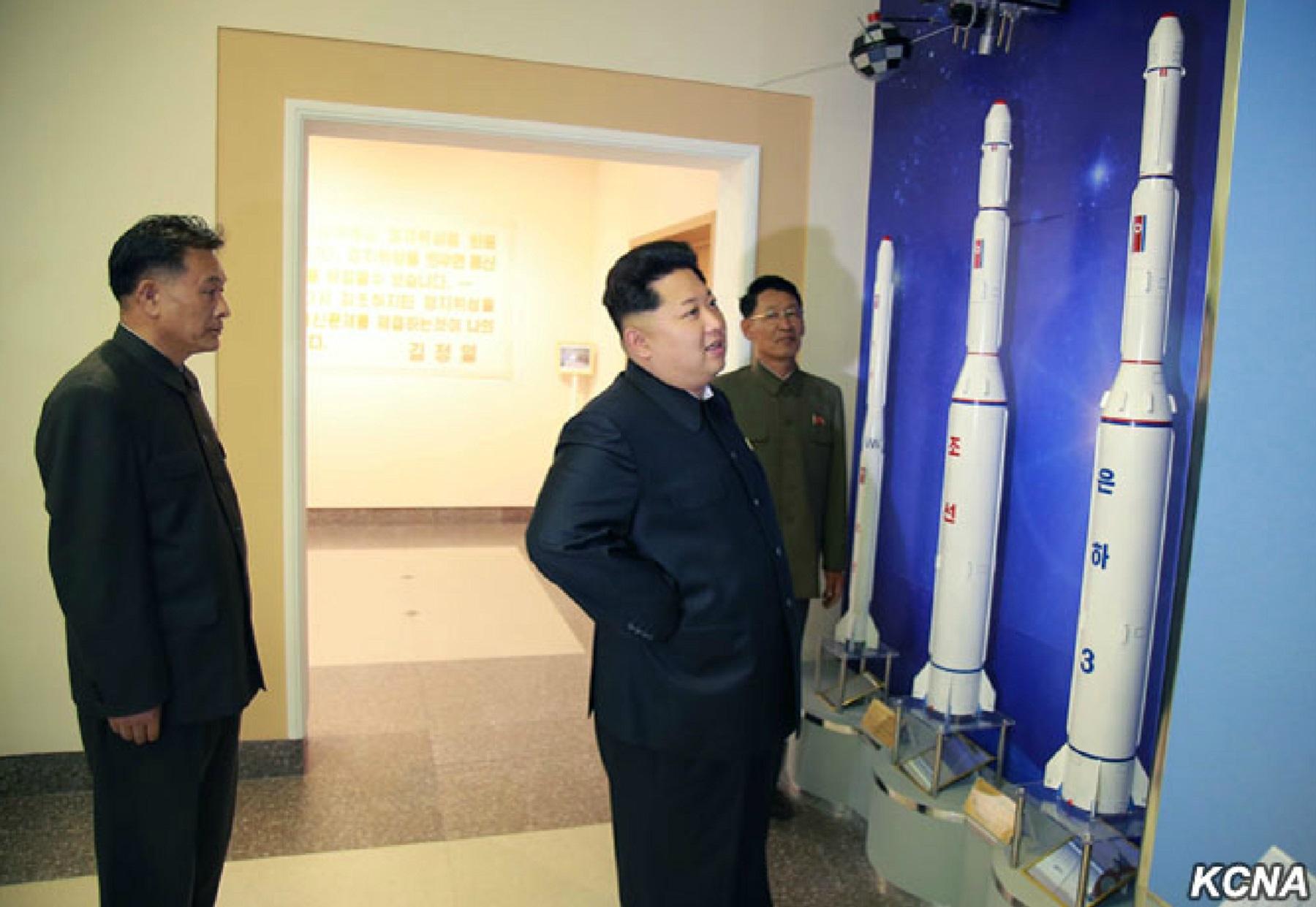 Taepodong-2 is the basis for Pyongyang’s relatively successful Unha satellite launcher. The U.S. Defense Department warns that Taepodong-2-derived rocket technology, although claimed to be used for peaceful purposes, could become the foundation for a future intercontinental-range ballistic missile program that would allow the Korean People’s Army to strike at North America. North Korea’s most recent successful space launch was in February, less than one month after conducting its fourth underground nuclear test.

In another worrying development, Pyongyang has begun transitioning from mostly liquid-fuel rockets to solid fuels, which are better suited to armed ballistic missiles. On March 29, North Korean claimed to have successfully tested a long-burn-time solid propellant motor. Iran began transitioning to solid propellants in the early 2000s and is likely helping North Korea along, experts warn. Iran could potentially help Pyongyang introduce its own family of solid-fuel medium-range ballistic missiles akin to its Sejjil series. 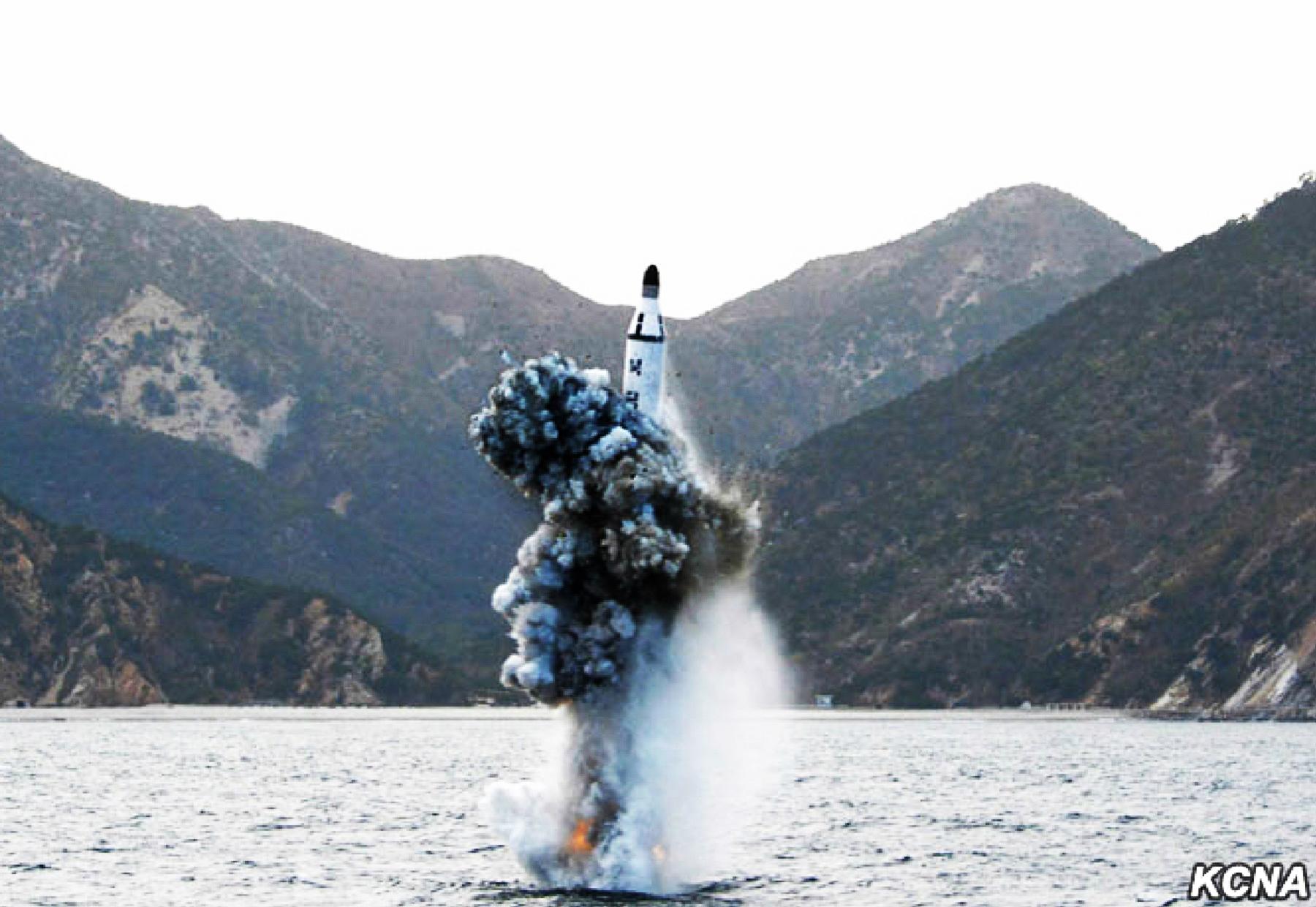 Reported by some media outlets as a failure, North Korea’s SLBM test in April has been classed as a success by the U.S. intelligence community. The head of the MDA says launching a missile from a submarine is very difficult technologically, and it complicates defensive indication and warning processes. The missile was cold-launched, meaning the rocket motor ignited after launch at altitude. Believed to be based on the Soviet Union’s liquid-fuel R-27 Zyb, observers say the KN-11 appears to be a solid-fuel rocket. “It’s solid propellant. I couldn’t believe my eyes,” remarked Uzi Rubin, who led Israel’s Missile Defense Organization in the 1990s. 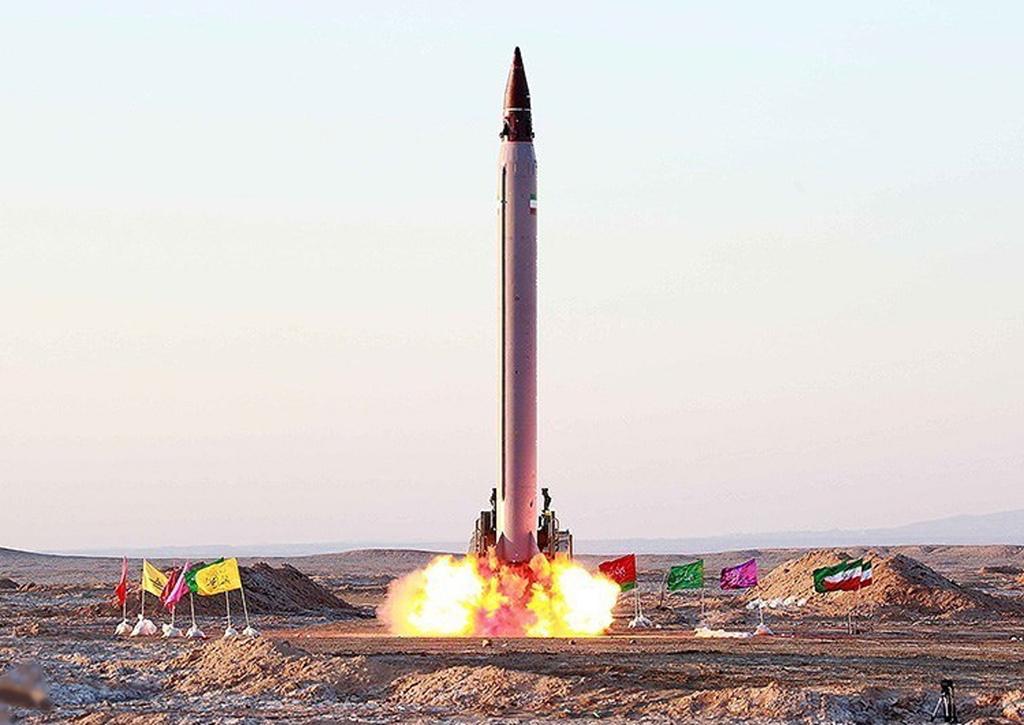 The mass-produced Shahab-3 is the basis for Tehran’s newly developed Emad liquid-fuel rocket, a more accurate derivative revealed by the Iranian military last year. With ranges of more than 1,000 mi., the Shahab-3 and Emad are ever-present threats to Iran’s neighbors, particularly to Israel, its sworn enemy. Shahab-series missiles will become an existential threat if Iran were ever allowed to develop a nuclear bomb.

The U.S. and Israel continue to call on Iran to halt its ballistic missile development efforts as it also shuts down its nuclear program, but that pursuit continues unabated since the missiles are designed to carry conventional instead of strategic warheads. Iran’s missile work has benefited from the lifting of sanctions in the wake of the 2015 nuclear agreement, experts say, with new funding sources now available to push into new areas of research and development. In addition to the precision-strike Emad, analysts say Iran is also pursuing a more accurate Shahab-2 (Scud-C). Perhaps more troubling is the introduction of a longer-range, solid-fuel replacement for the Shahab-3, known as Sejjil. The Sejjil missile was first flight tested in 2008 and entered service about 2014. 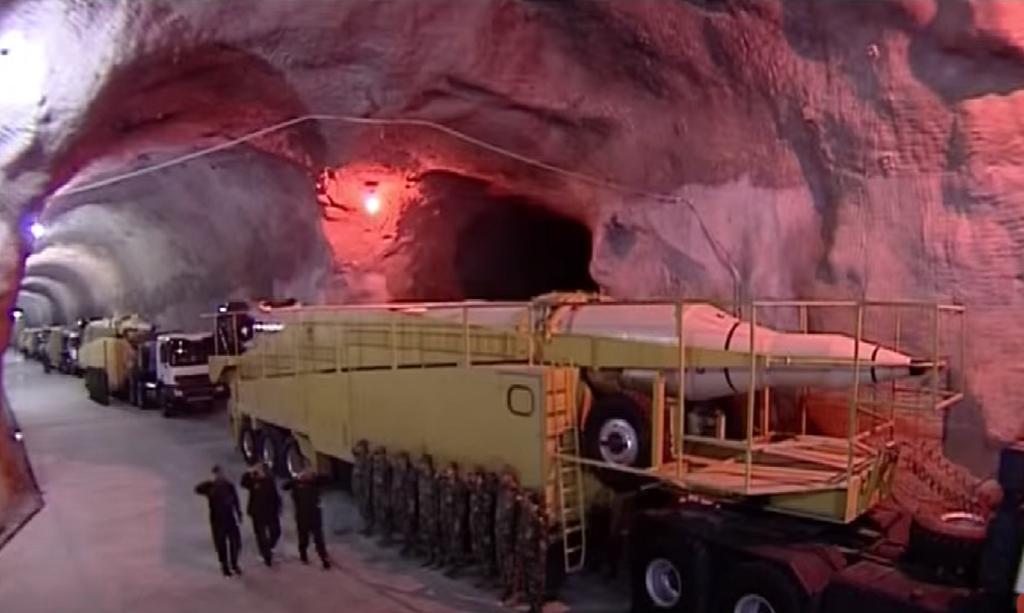 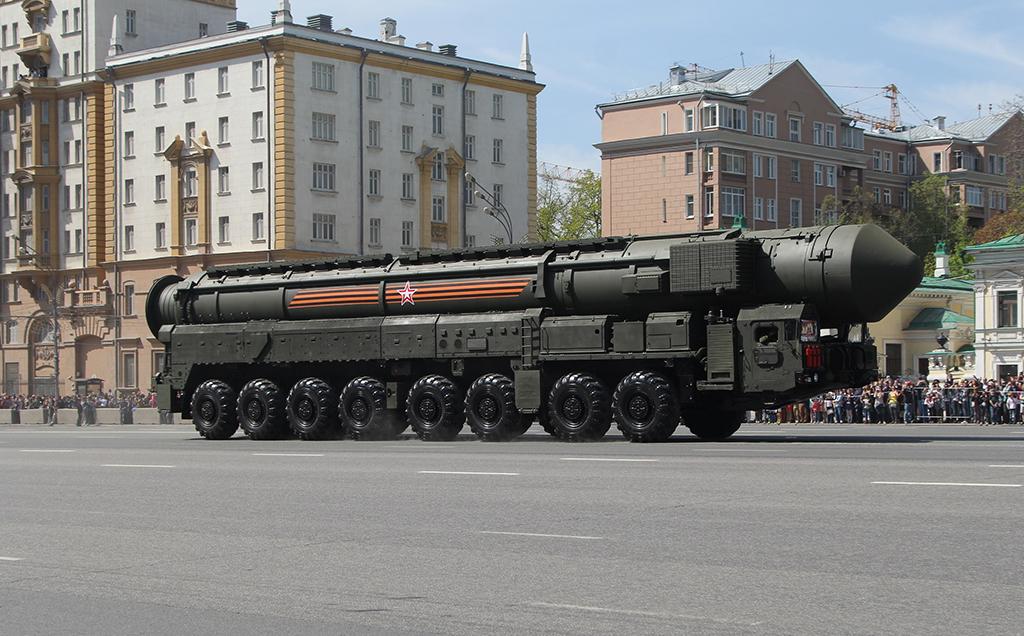 The SS-27 Mod 2 was first flight tested in 2007 and has since entered service with the Russian Strategic Rocket Forces. The earlier SS-27 Mod 1 (Topol-M), deployed in the late 1990s, carries a single thermonuclear warhead, whereas the most recent Mod 2 version is equipped with multiple independently targetable reentry vehicles. With a range of 6,800 mi., the solid-fuel ICBM sets the bar for nuclear lethality. Its deployment comes as the U.S. Air Force considers its own next-generation nuclear missile to replace the long-serving Minuteman III.

The U.S.’s current missile shield is not robust enough to cope with a full-scale missile barrage from Russia or China. Instead, it is designed to counter more manageable threats from Iran and North Korea, with U.S. Strategic Command’s nuclear forces acting as the primary “deterrent” against Russian and Chinese weapons such as the SS-27 Mod 2 and Dongfeng 31 (CSS-10). The U.S. Missile and Space Intelligence Center (MSIC) expects Russia to continue fielding SS-27 Mod 2s as it also moves forward with a next-generation ICBM named RS-26 Rubezh, which will reportedly use maneuvering hypersonic reentry vehicles to bypass Western missile defenses. 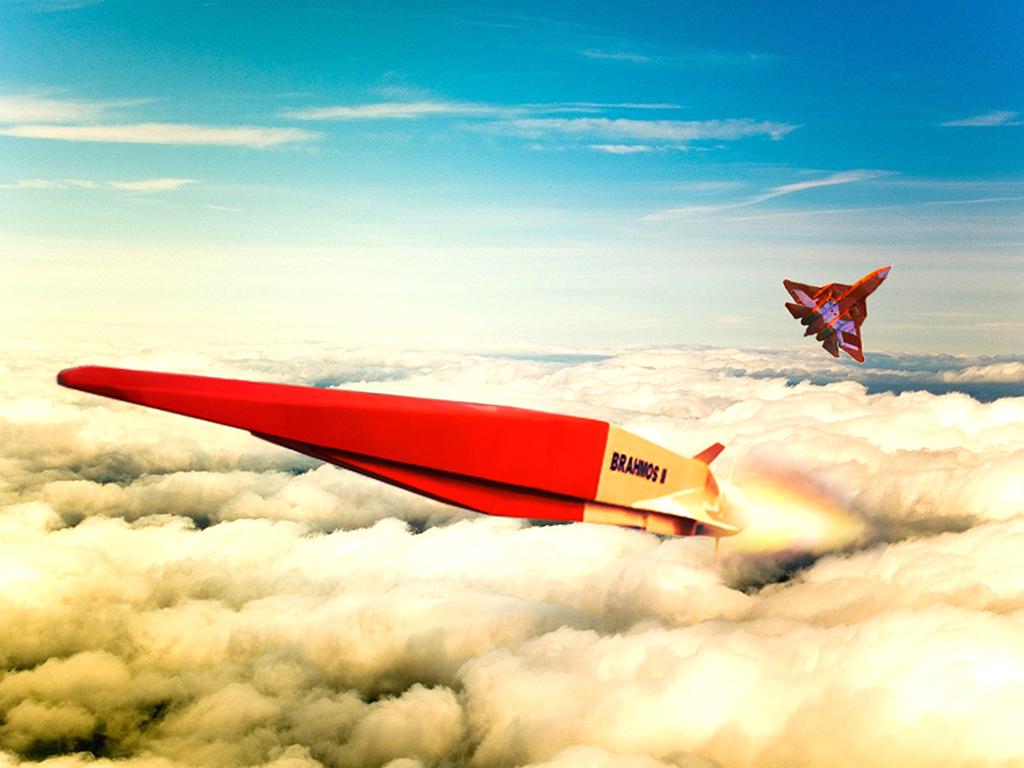 The U.S. MSIC is increasingly concerned about the proliferation of “faster, stealthier and more accurate” cruise missiles. It names the Chinese C-705, Russian Kh-101, and the hypersonic BrahMos-2 missile that Russia is jointly developing with India as worrying new threats. The Russian Kh-101, armed with a conventional warhead, and its nuclear-tipped sibling, the Kh-102 land-attack cruise missile, are carried by Tupolev Tu-95 Bear and Tupolev Tu-160 Blackjack strategic heavy bombers, and the Kh-101 recently made its combat debut in Syria.

Meanwhile, an air-launched version of the supersonic Russia-Indian BrahMos missile is being integrated with the Indian air force’s Sukhoi Su-30MKI multirole fighter. Looking ahead, though, the U.S. intelligence community points to the codevelopment of a hypersonic follow-on branded BrahMos-2, which will use speed to overcome Western missile shields to go after aircraft carriers and other opportune targets. 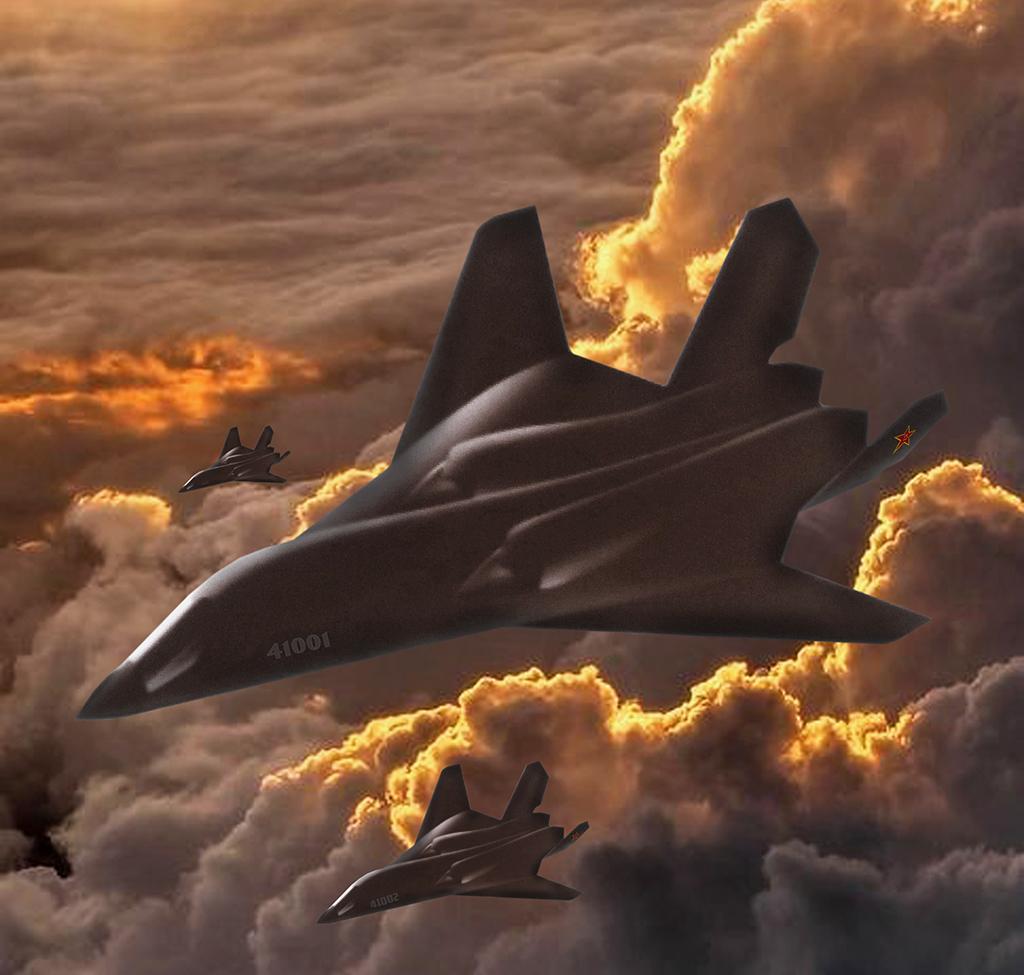 As the People’s Liberation Army Air Force prepares to introduce its first low-observable, fifth-generation warplane, the Chengdu J-20, the U.S. MSIC says China is already planning a sixth-generation type with full-spectrum signature reduction and advanced adaptive cycle engines. The new aircraft, fabricated with high-strength, lightweight composite structures, will have an advanced netcentric avionics suite to seamlessly fuse and share information with the wider combat force. MSIC says it will eventually be equipped with hypersonic missiles and a new breed of smart munitions that have a higher probability of kill than the current inventory.

An artist’s rendering of the fighter, presented by MCIS at the 2016 Space and Missile Defense Conference in Huntsville, has previously been circulated in the Chinese press as the H-18 stealth bomber. China’s sixth-generation plans come as the U.S. Air Force begins preparations for its own “Penetrating Counter-Air” platform, which will likely augment the Lockheed Martin F-22 Raptor fleet in the air superiority role. U.S. forces are more immediately concerned about the J-20 and Russia’s Sukhoi T-50 (PAK FA), which are both slated to enter series production.

Since Wernher von Braun and his team of German rocket scientists set up shop in Huntsville, Alabama, in the early 1950s, “Rocket City” has cradled just about every U.S. space and missile project, from the nuclear-tipped PGM-11 Redstone to today’s NASA Space Launch System and the Missile Defense Agency’s (MDA) Ground-Based Interceptor. Home to U.S. Army Space and Missile Defense Command and NASA’s Marshall Space Flight Center, Huntsville and its legions of scientists and engineers continue to push the limits of Western rocket technology for space exploration, global attack and national defense.

As Russia and China update their nuclear rocket forces with modern, complex missiles and “rogue” nations such as Iran and North Korea threaten pre-emptive attacks on the U.S. and its allies, Huntsville’s best and brightest are as busy as ever developing new tricks to counter new weapons of war. In this threat survey, we look at what keeps the men and women of Rocket City burning the midnight oil.