The Sun Sets On Lynx Operations In The UK 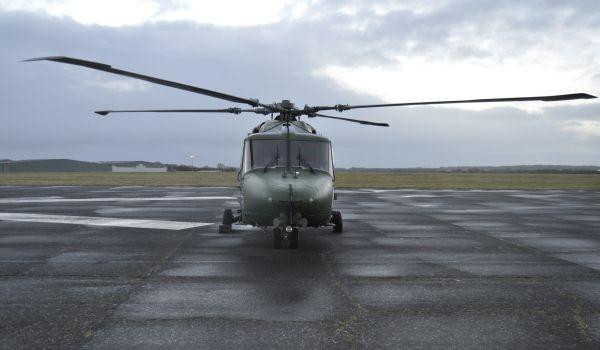 A Lynx awaits its final flight—and for the Sun to come out. 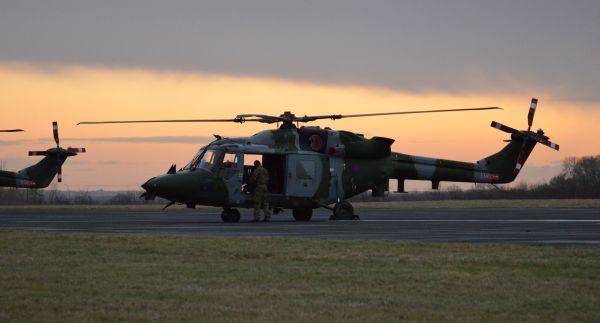 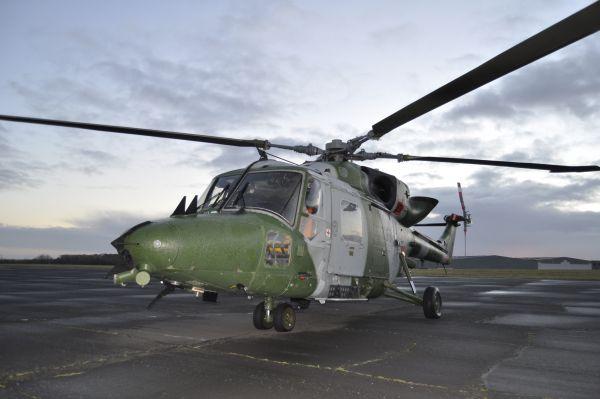 A Lynx viewed from the front, just as the clouds begin to clear. 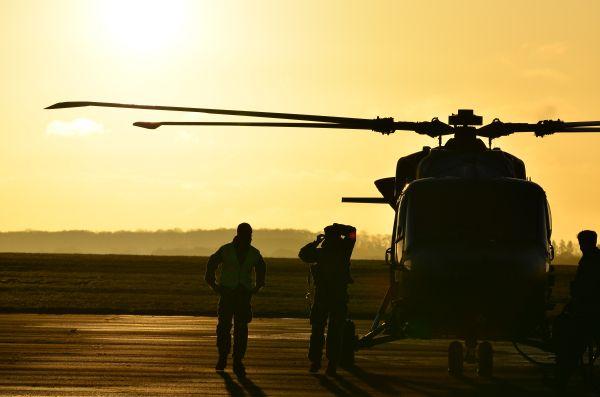 The day arrives, when the Sun really will set on the Lynx after 40 years. 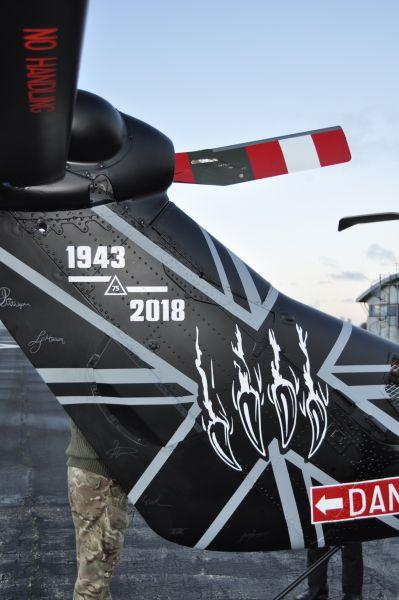 Seventy-five years of history and a Lynx's claw. 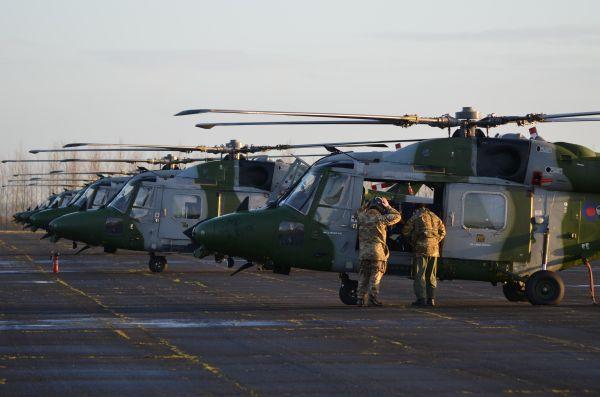 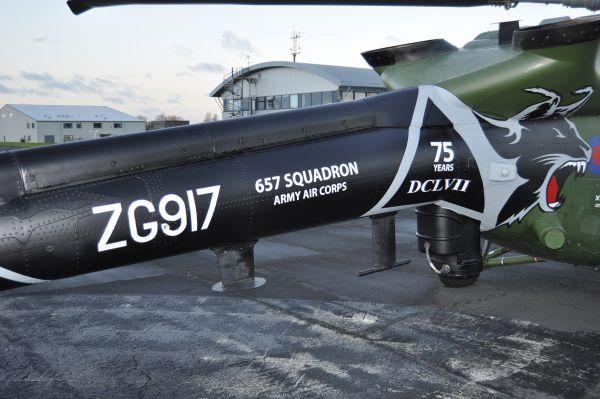 The squadron's proud 75-year history with a Lynx head. 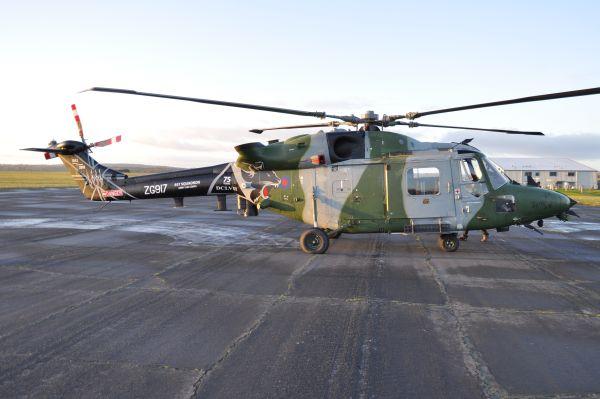 The Sun is out, and the lead Lynx is ready to go. 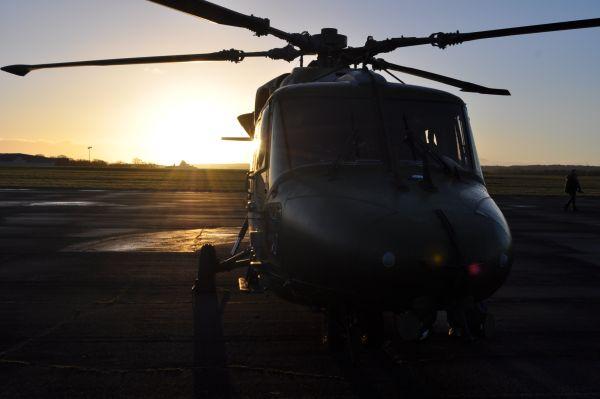 Sunrise over RAF Odiham puts the Lynx in shadow. 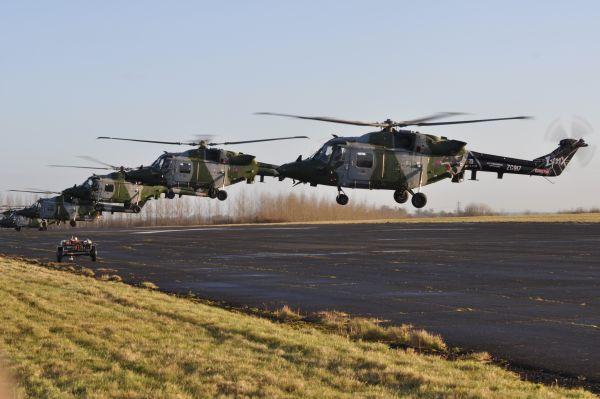 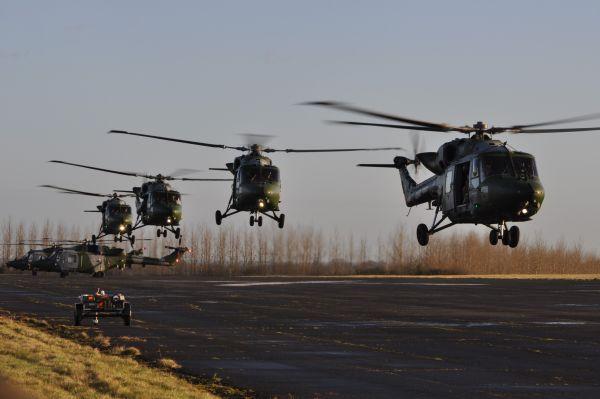 The final formation flight heads toward the gathered media. 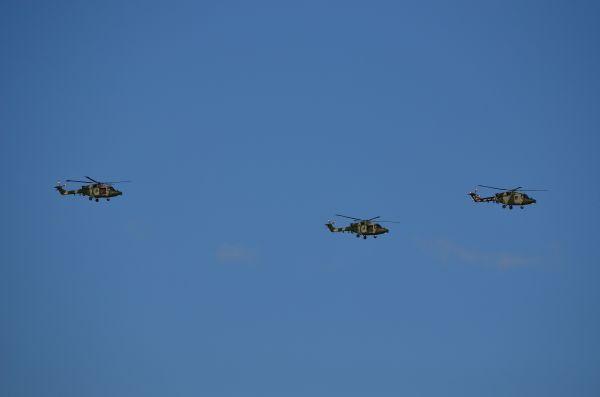 Blue skies for the final flight. 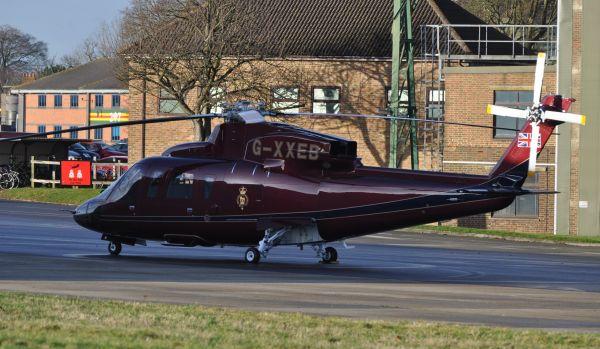 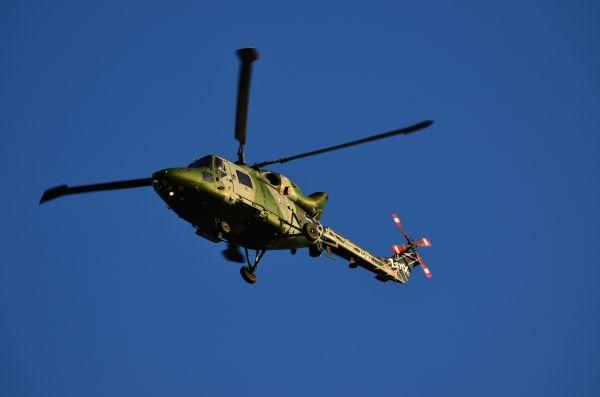 A specially marked Lynx AH9 ZG917 leads the way on the mini-tour of Britain. 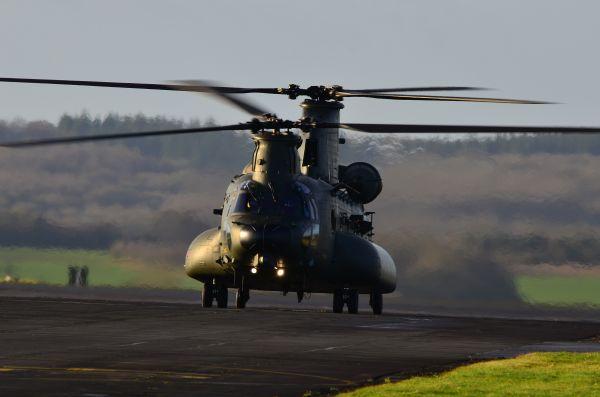 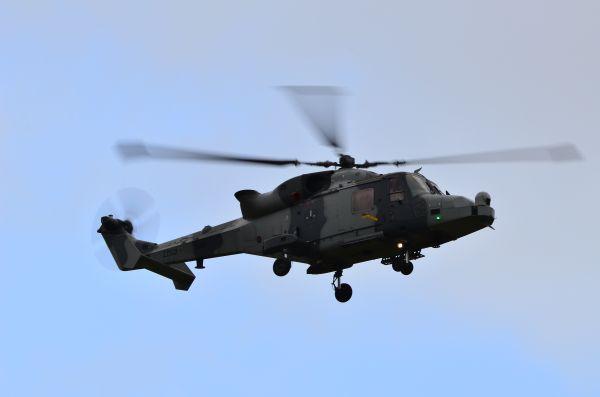 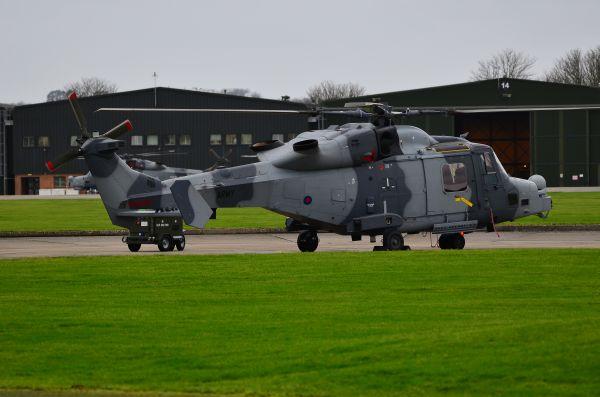 A British Army Wildcat is readied for a training mission from a cloudy Yeovilton, at the same time as the Lynx formation tours the UK. 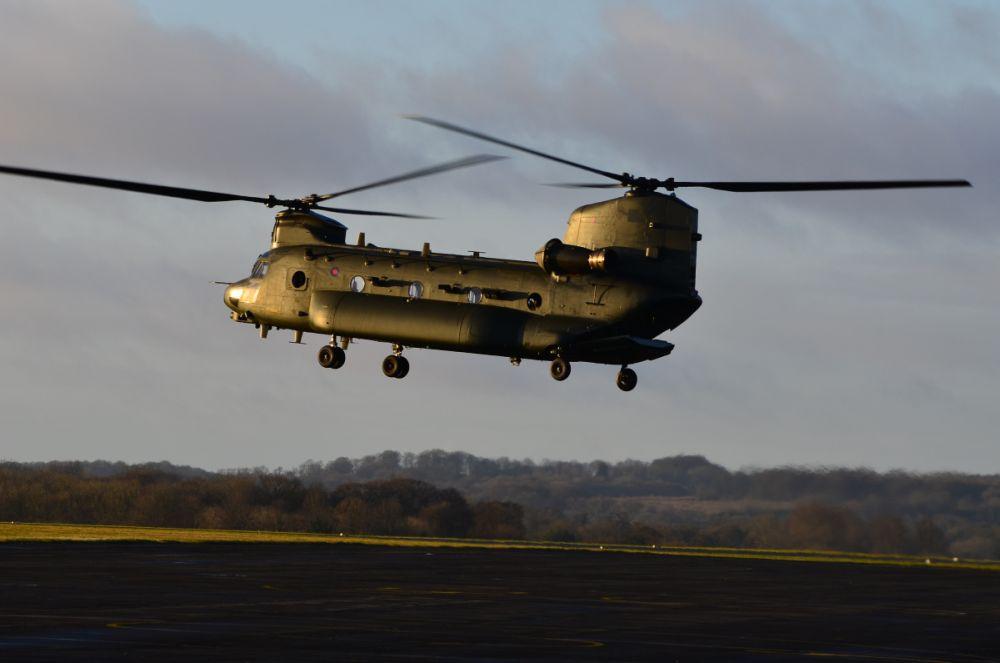 The Chinook escort climbs away from RAF Odiham. 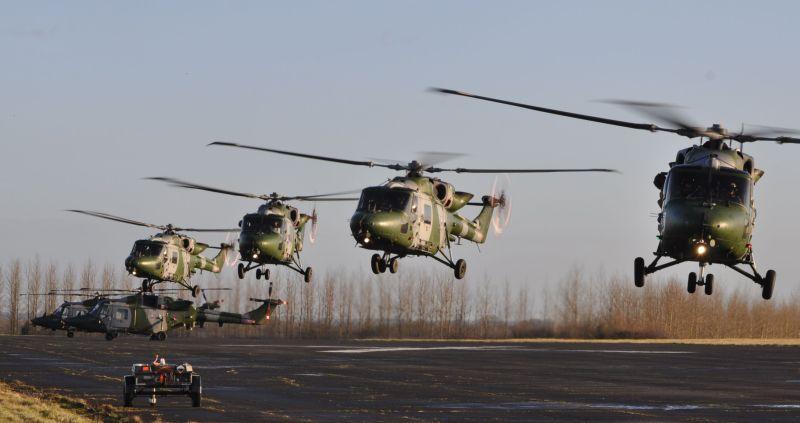 The final four—a sight not to be seen again in Britain. 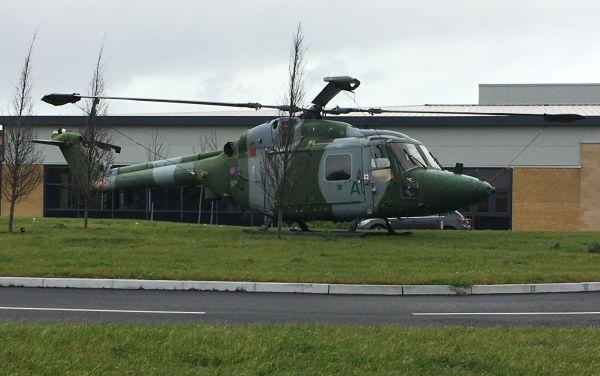 End game: A Lynx AH7 on the gate at Yeovilton.

The British Army Air Corps 657 Sqdn. flew its final mission with the Lynx helicopter from RAF Odiham in southern England on Jan. 16: Four Lynx AH9s flew in formation around various airfields and points of interest in the UK. With the Royal Navy having divested its Lynk HMAS8s a year ago, this marks the end of British military Lynx operations. After their retirement, 657 Sqdn. will be disbanded, 75 years after it was first formed.

The British Army's Lynx 9s will go to museums, be preserved as gate guards or be sold off for parts/scrap. The engines will be sent to RNAS Yeovilton, where the Lynx's successor, the Wildcat, is based. The Agusta-Westland (now Leonardo) Wildcat uses the same CTS800 engine, and the airframe is itself a greatly improved development of the Lynx.

A computer programmer originally, with a background in various non-aviation sectors for blue chip companies, Nigel started as an aviation data analyst in 1999, with BACK Aviation Solutions and has been following all aspects of aviation for almost 40 years.