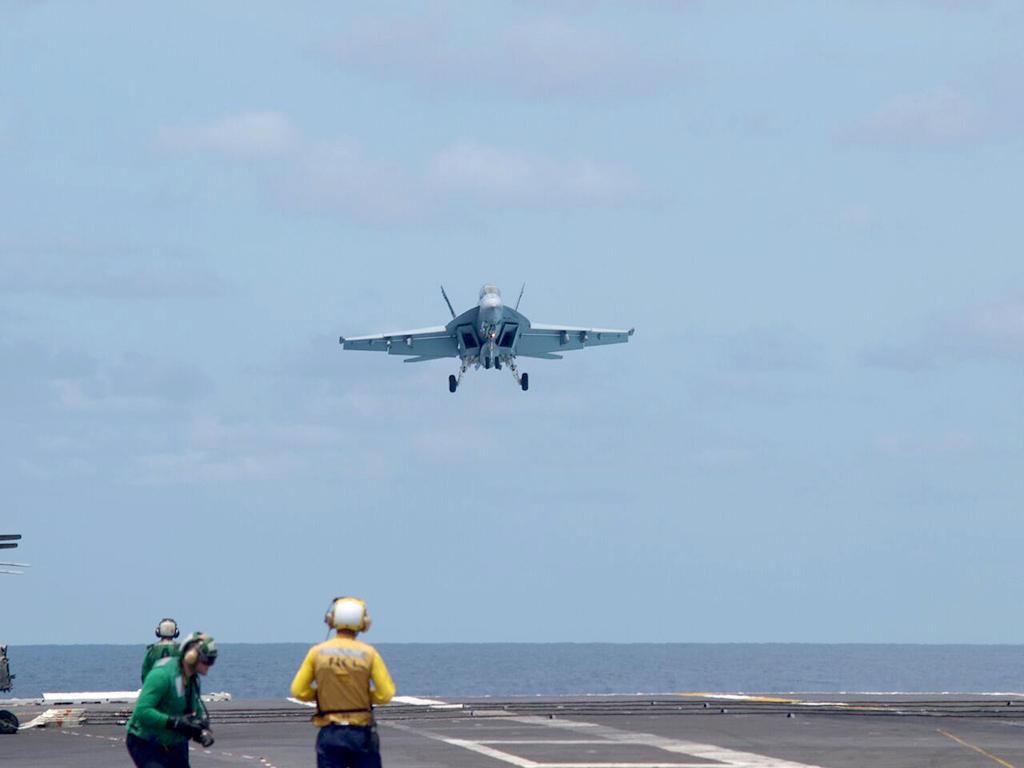 Traditionally, as F/A-18E/F and EA-18G pilots approached an aircraft carrier for a landing, they would focus on power and other related adjustments to better align the aircraft, putting the jet through a herky-jerky dance as it descended on a slope to the rising, falling and rolling deck. 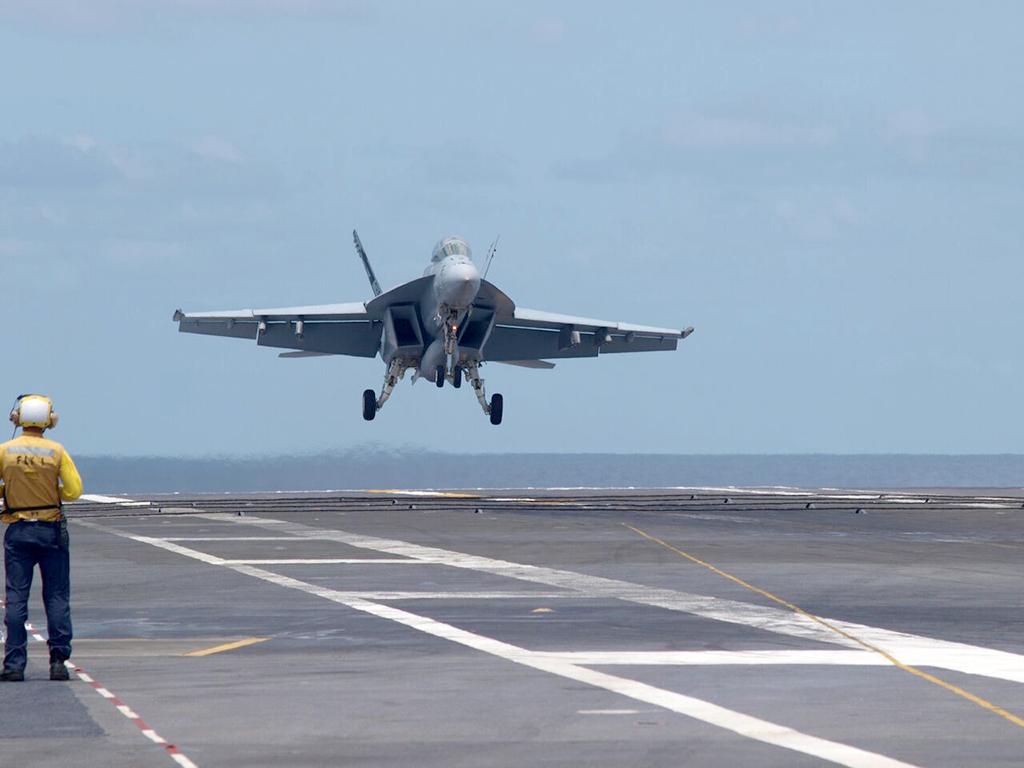 With Magic Carpet, though, the Navy has “decoupled" the glideslope and angle of attack and lineup on approach. Pilots can adjust the glideslope via the integrated controls without changing power by relying more on angle-of-attack variations. 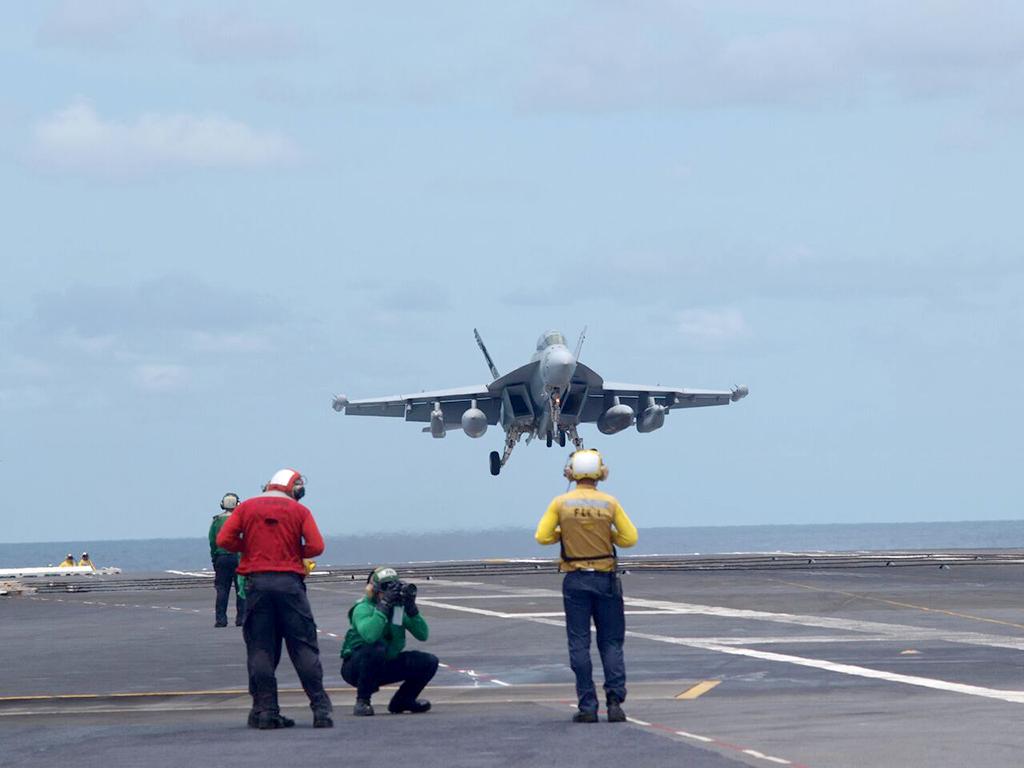 The Magic Carpet software changes in the aircraft’s integrated control create numerous quick and minor fluctuations in the wings and their edges, causing them to flare similar to how a bird will flare its wings upon a landing. The result is a smoother glide toward the deck, test pilots say. 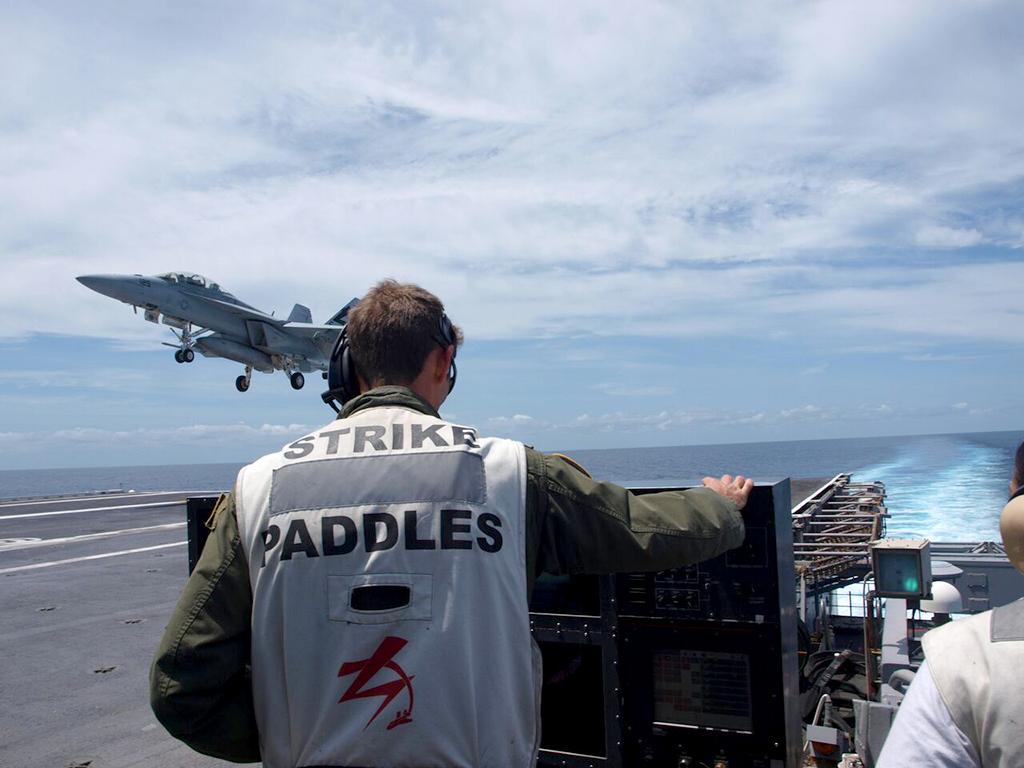 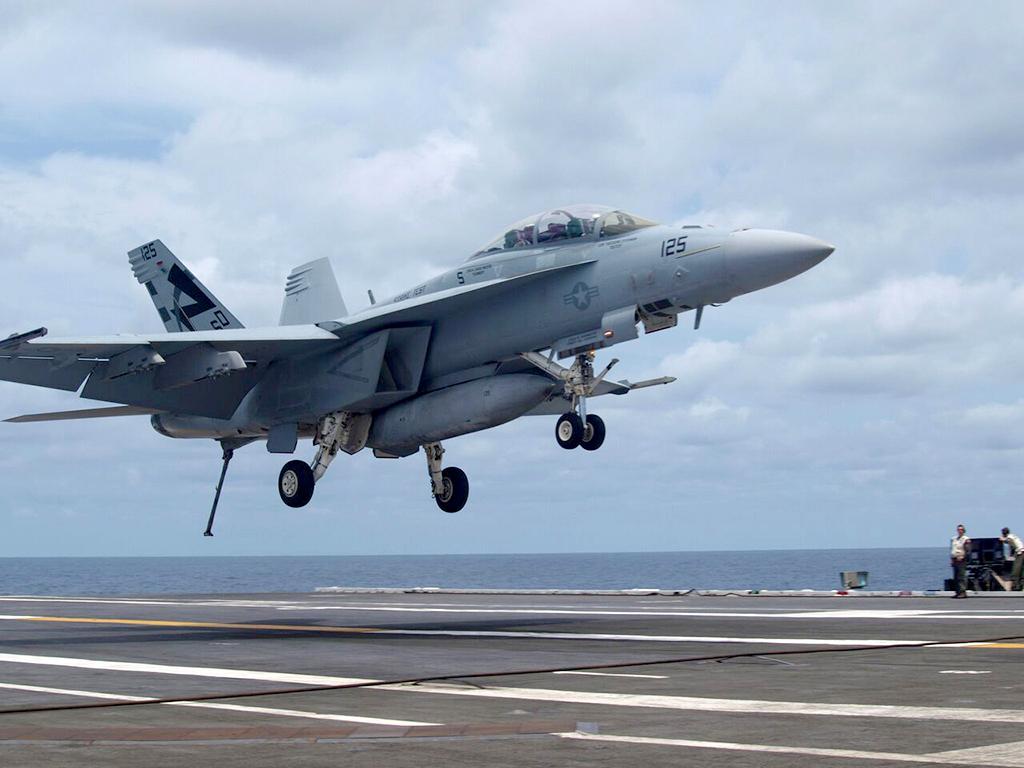 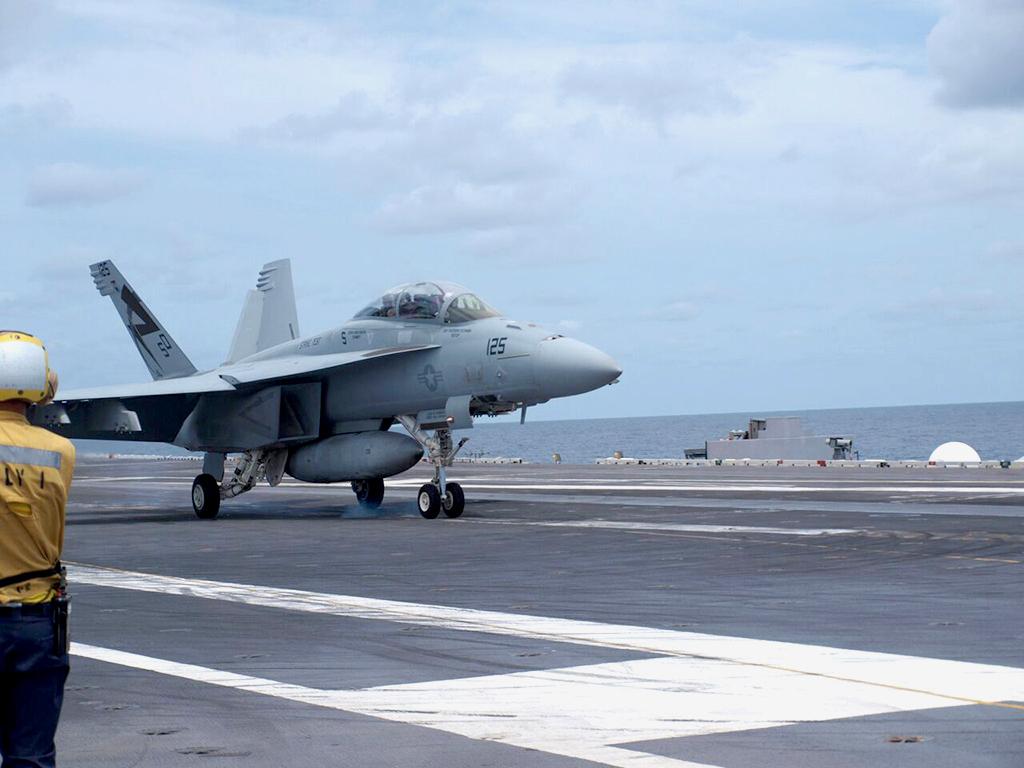 During the testing, the Navy reported only one case of “bolter”—an aircraft whose tailhook failed to catch an arresting wire and had to race off the deck for another pass. The hook apparently bounced on the ground over the wire in those instances, officials say. 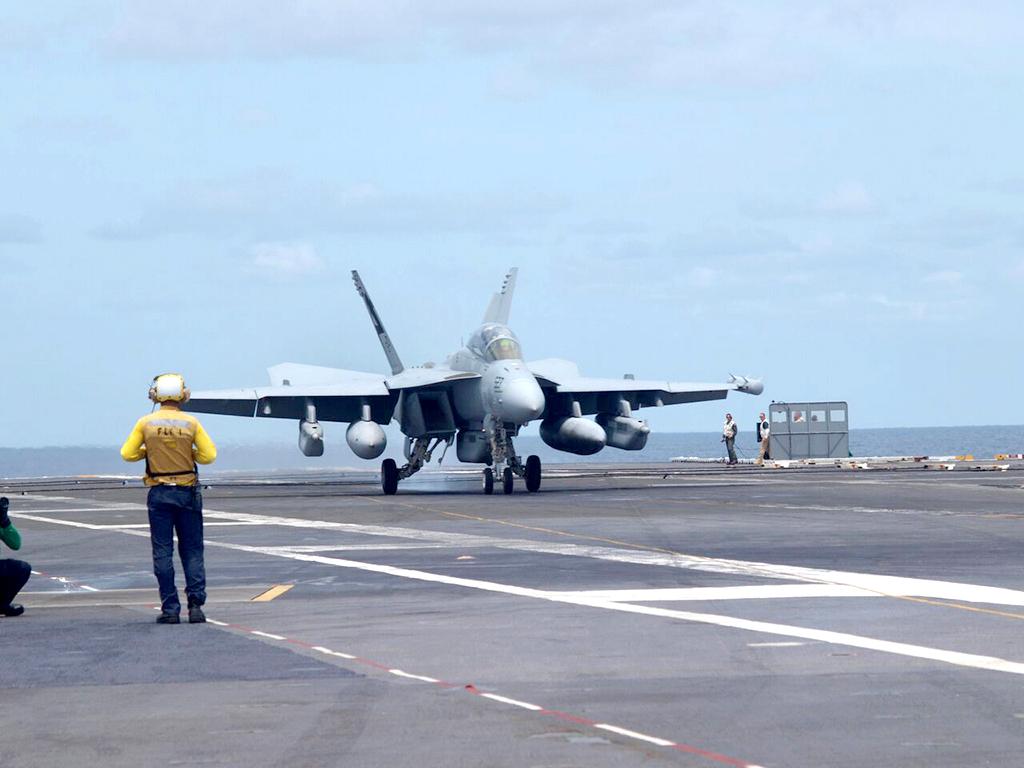 Pilots purposely put the aircraft into odd or risky approaches to test Magic Carpet—but the system guided the aircraft to a clean, solid landing spot on the deck each time. 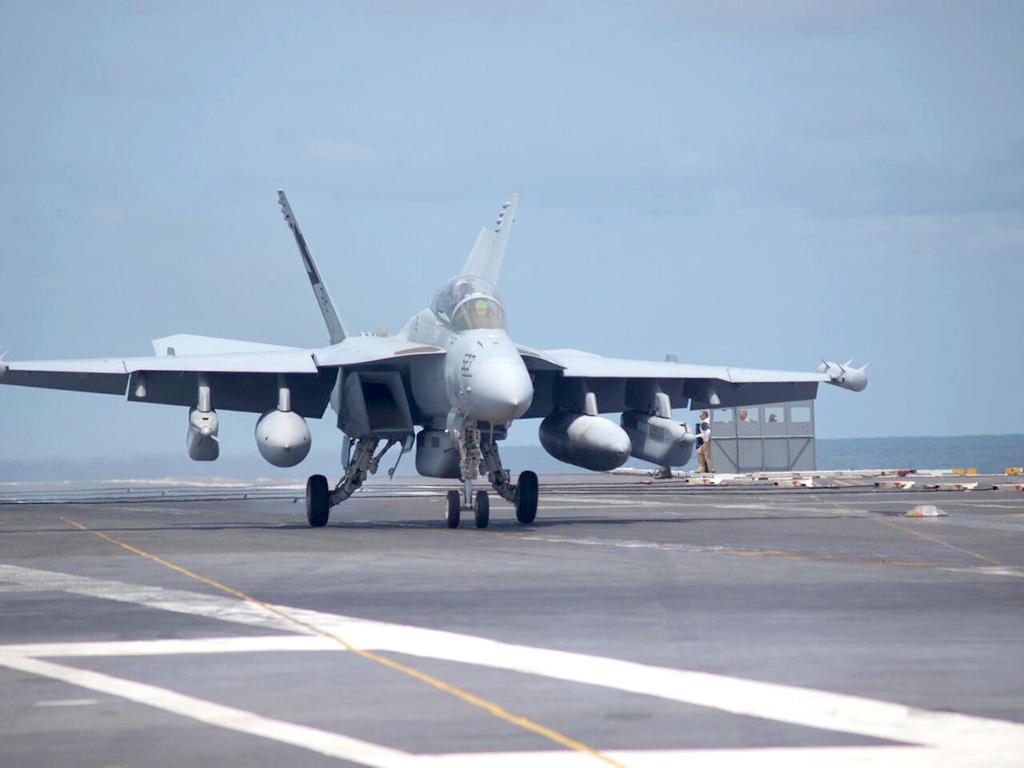 The testing proved the current interim version works, officials say, and it could be made available to some fleet aircraft in the coming months. The final fleet release version of the technology is expected in 2019.

The U.S. Navy finished testing of a technology designed to make aircraft carrier landings safer, more efficient and easier for both pilot and aircraft, during the last week of June. The tests of the Navy’s Maritime Augmented Guidance with Integrated Controls for Carrier Approach and Recovery Precision Enabling Technologies—known in the aviation community as “Magic Carpet,” took place aboard the aircraft carrier CVN 73 USS George Washington.

Through software changes to the aircraft’s integrated controls, Magic Carpet in F/A-18E/F Super Hornets and EA-18G Growlers alters the jets’ angle of attack for the proper glidepath through relatively small and quick wing adjustment—similar to the flaring of a bird’s wings. The software makes carrier landings much easier and safer for pilots.

The technology decouples glideslope, angle of attack and lineup as the aircraft approaches the carrier, says Capt. David Kindley, the F/A-18 & EA-18G program manager. Pilots can adjust glideslope without changing the power.