The Start Of A Yearlong Space Mission 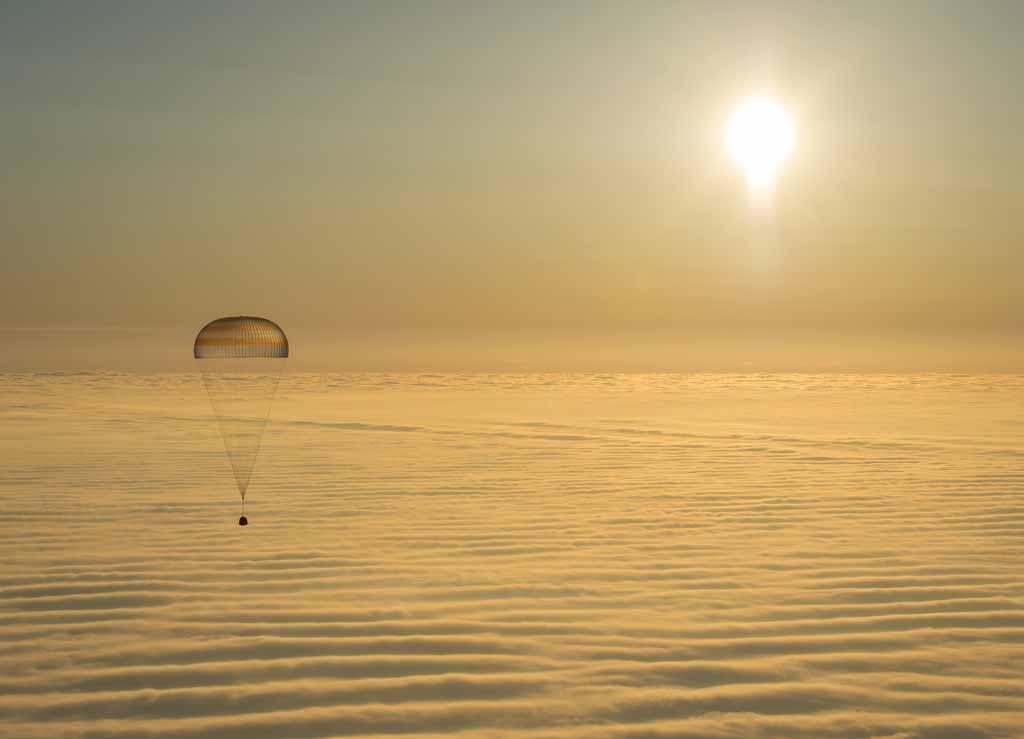 As one chapter ends, another begins. Here, the Soyuz TMA-14M spacecraft lands, returning Expedition 42 commander Barry “Butch” Wilmore of NASA and Alexander Samokutyaev and Elena Serova of Roscosmos to Earth. The trio spent nearly six months aboard the ISS, about half the time that NASA’s Scott Kelly and cosmonaut Mikhail Kornienko, who arrived there March 27, will stay in space. Credit: NASA/Bill Ingalls 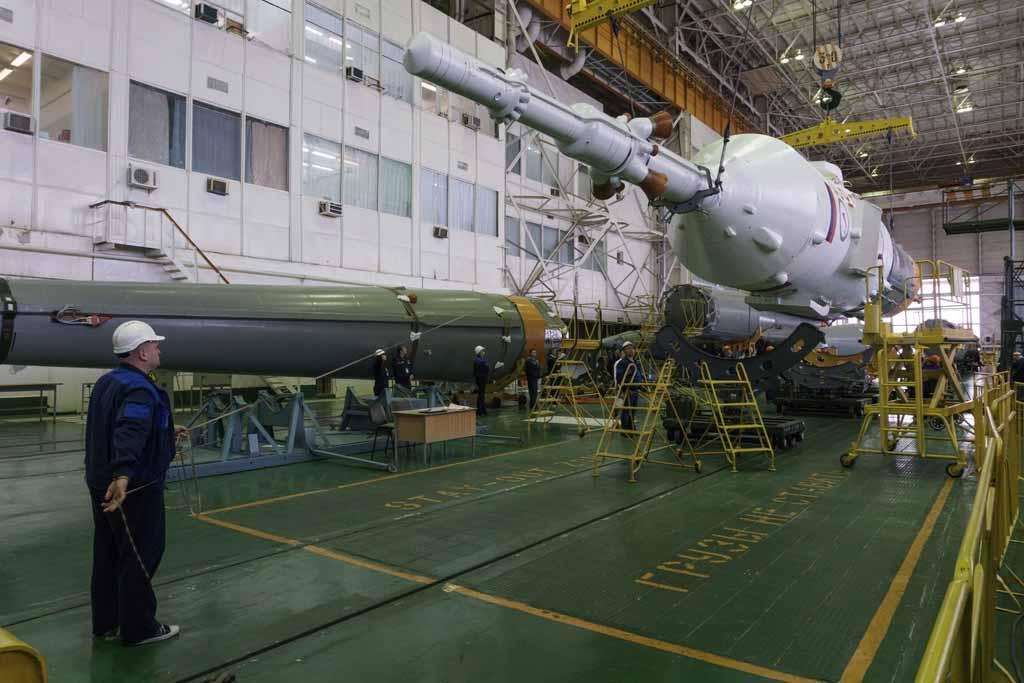 The Soyuz launch vehicle and Soyuz TMA-16M spacecraft are assembled at the Baikonur Cosmodrome in Kazakhstan. In March 2016, Kelly and Kornienko will travel back to Earth on a Soyuz TMA-18M. Credit: NASA/Victor Zelentsov 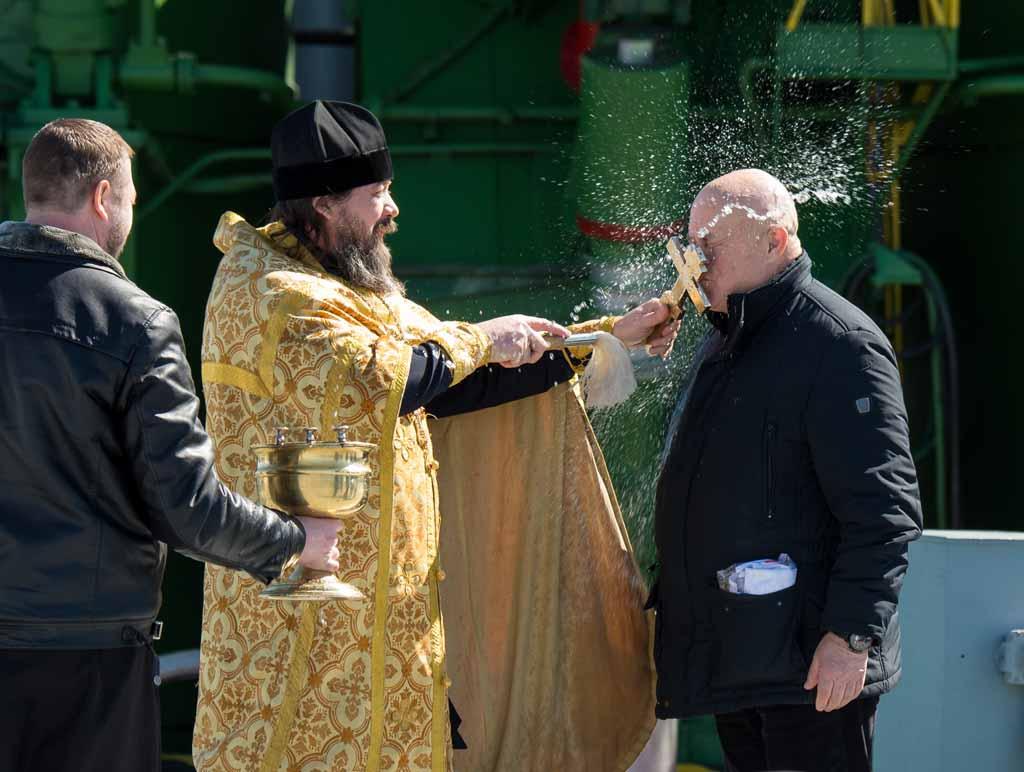 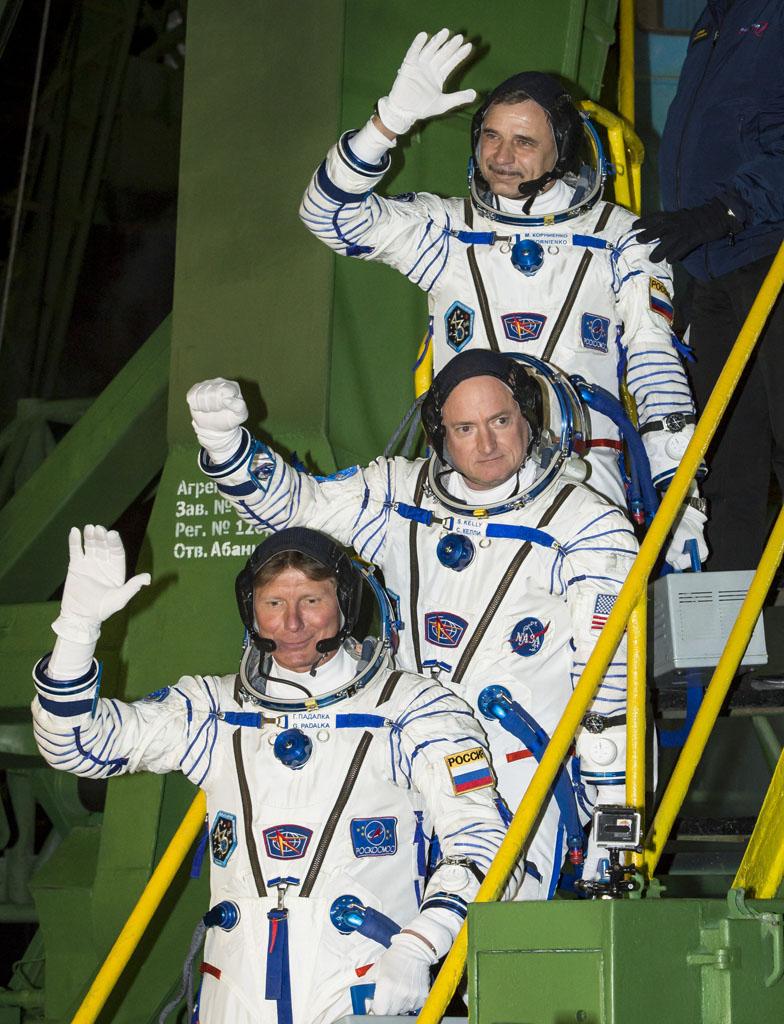 The crew of Expedition 43 prepares to board the Soyuz TMA-16M to travel to the ISS. They include Roscosmos’s Kornienko, top, NASA astronaut Kelly, center, and Gennady Padalka of Roscosmos. Physical and psychological concerns that could arise with prolonged weightlessness will be studied during the yearlong journey of Kornienko and Kelly. Standard missions to the ISS last 5-6 months. Credit: NASA/Bill Ingalls 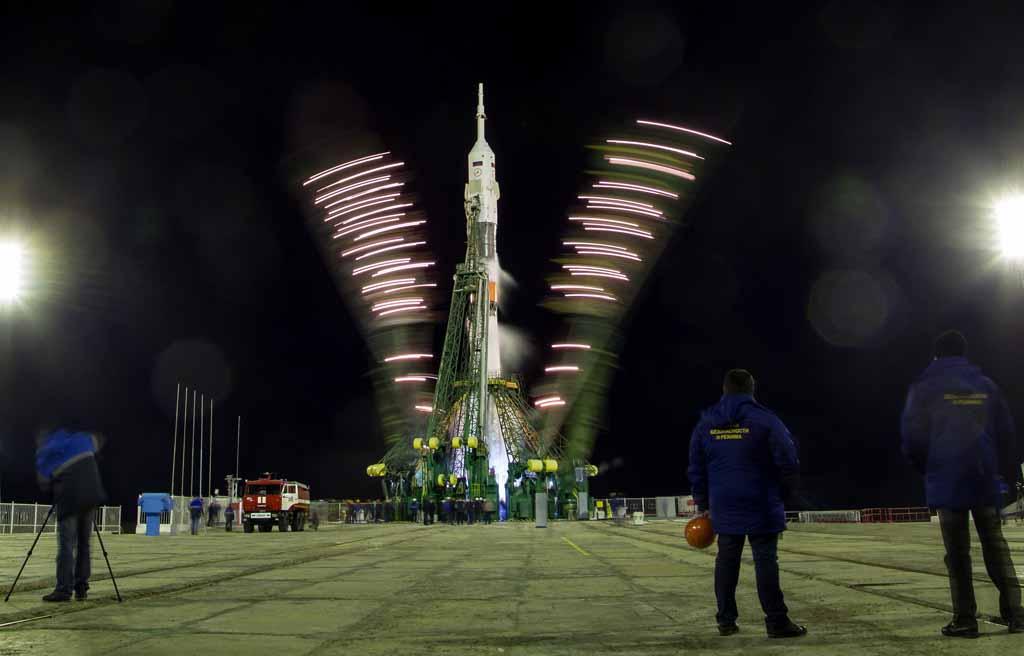 The service structure arms are lowered in a long-exposure photograph taken less than 1 hr. before the launch of Expedition 43 astronauts into space on March 27. Credit: NASA/Bill Ingalls 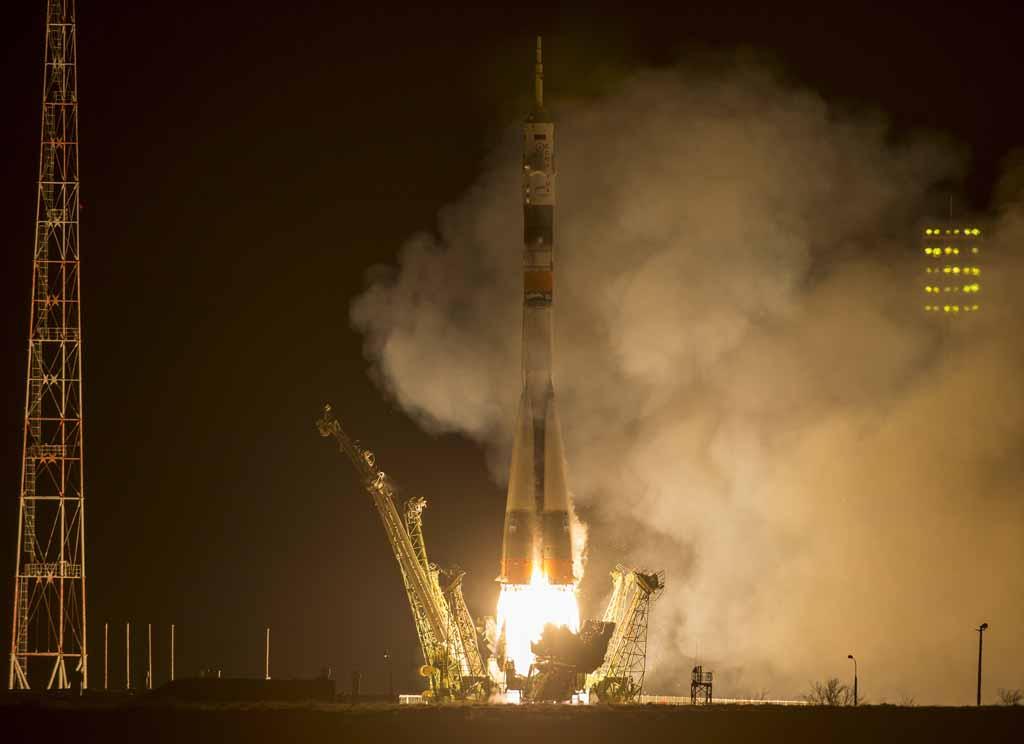 The Soyuz TMA-16M spacecraft takes off, beginning Kelly and Kornienko’s mission. Padalka will stay for six months, though by June, he will break the record for the most time spent in space, currently held by cosmonaut Sergei Krikalev. Credit: NASA/Bill Ingalls 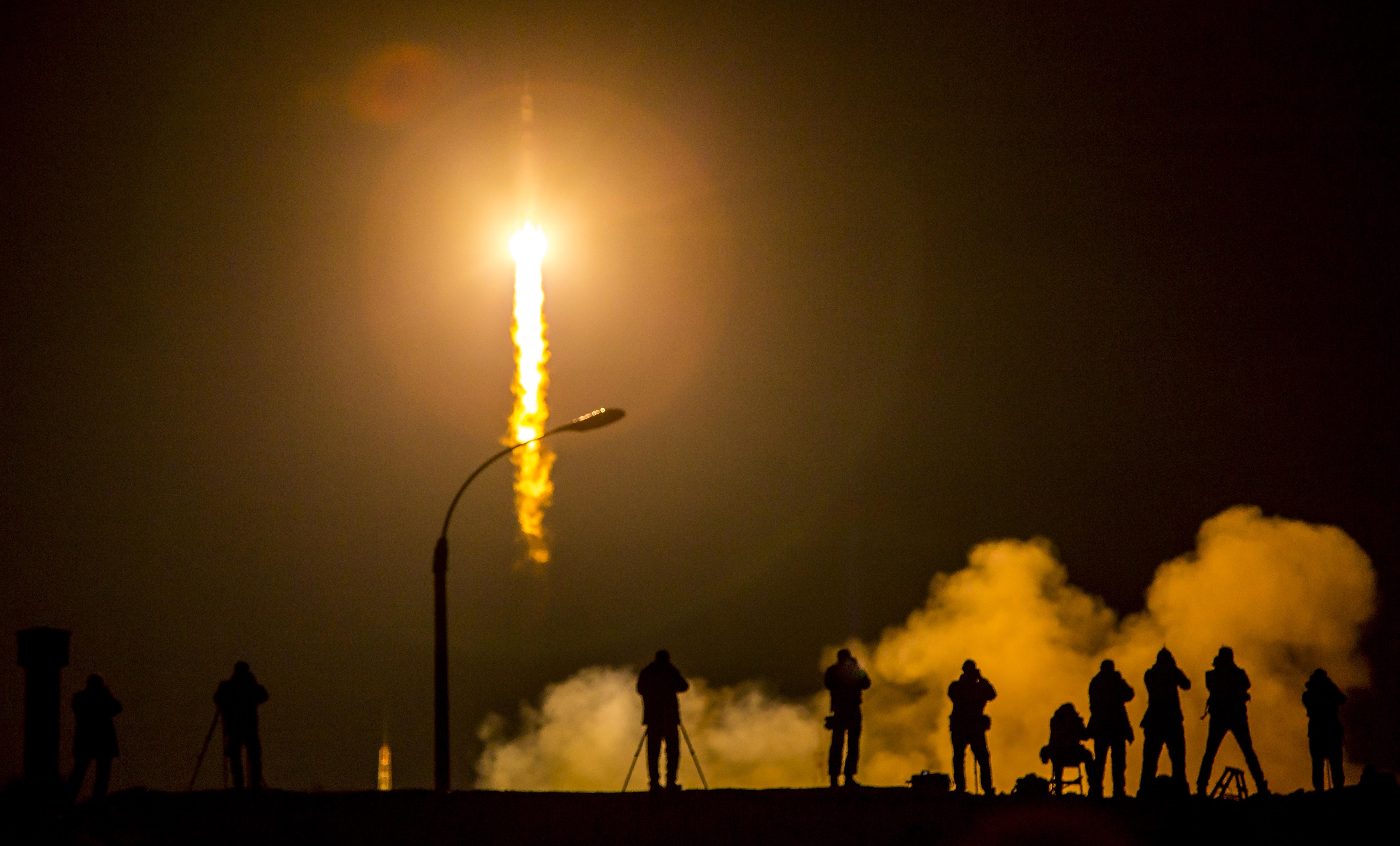 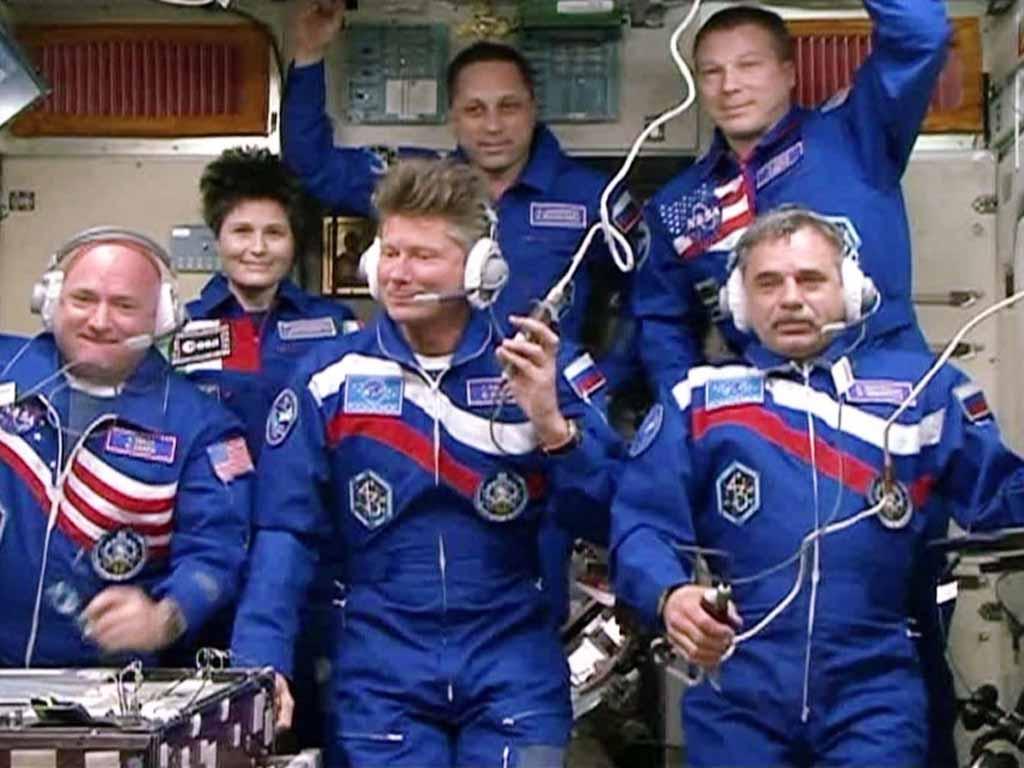 In the Zvezda service module, Kelly, Padalka and Kornienko (front row, left to right) join the rest of the ISS crew (back row from left), Samantha Cristoforetti, Anton Shkaplerov and Terry Virts . This historic mission begins to explore how well humans will fare on longer deep-space missions. Credit: NASA

With the goal of sending a manned mission to Mars in the 2030s growing near, Expedition 43 sends two men to the ISS for a year to test the physical and psychological impact of deep-space travel.