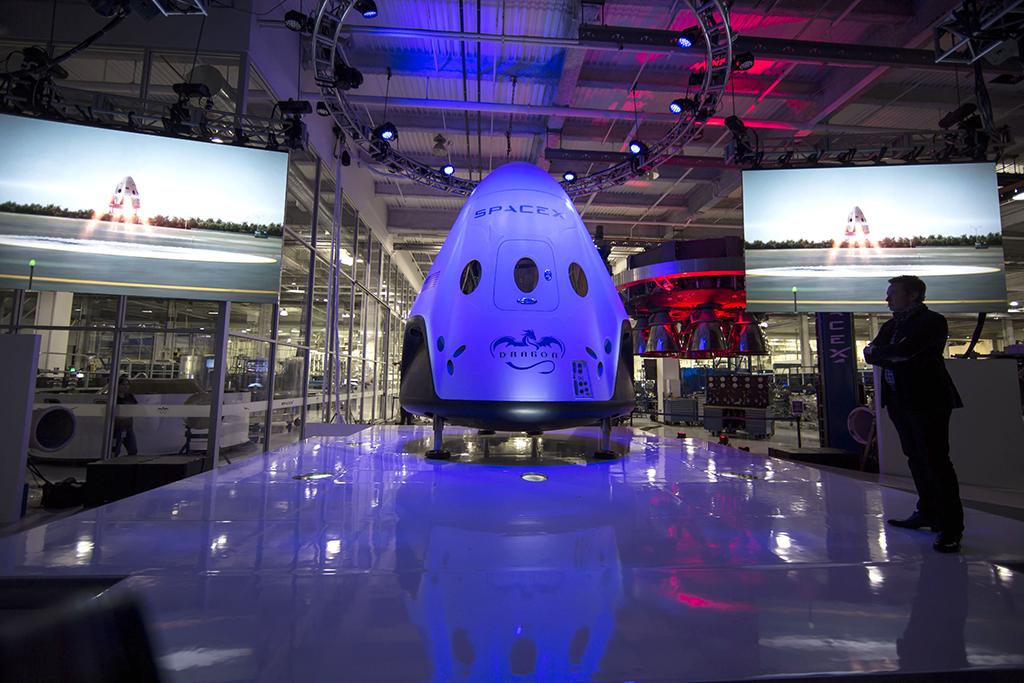 Engineers at Boeing and SpaceX will begin the final push to complete their CST-100 and Dragon commercial crew capsules, having been picked by NASA for funding to help them reach flight test. Sierra Nevada Corp., passed over for the federal money, vows to continue work on its Dream Chaser lifting-body commercial crew vehicle with private funds. Credit: SpaceX 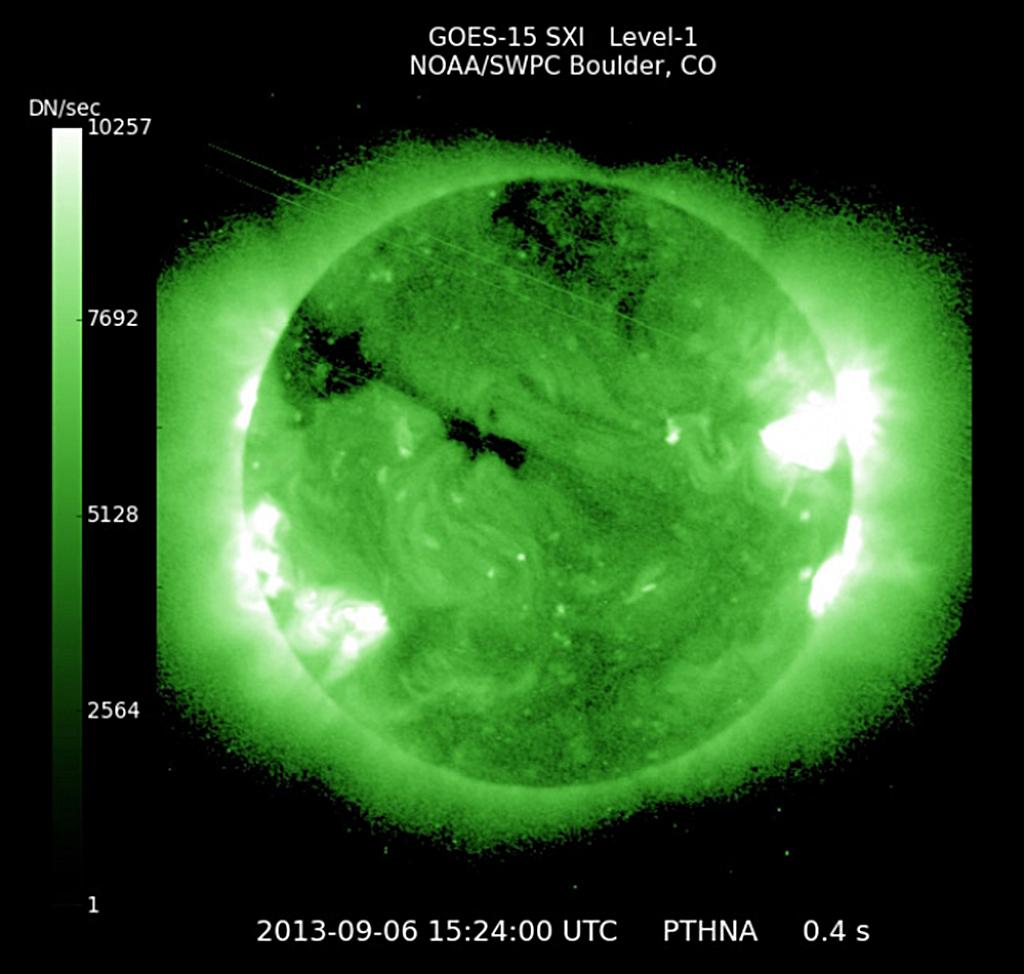 SpaceX is scheduled to launch as early as Jan. 29 the Earth-observation spacecraft once known as Triana or, colloquially, “Goresat” in recognition of former Vice President Albert Gore's backing. Now called the Deep Space Climate Observatory (Dscovr), it will monitor the full-Earth disk and space weather from the L-1 Sun-Earth Lagrangian point. SpaceX also will continue to launch the cargo-carrier variant of its Dragon vehicle to the ISS with loads of supplies and scientific gear and to test its ability to land the Falcon 9 first stage as a move toward reusable launch. Credit: National Oceanic and Atmospheric Administration 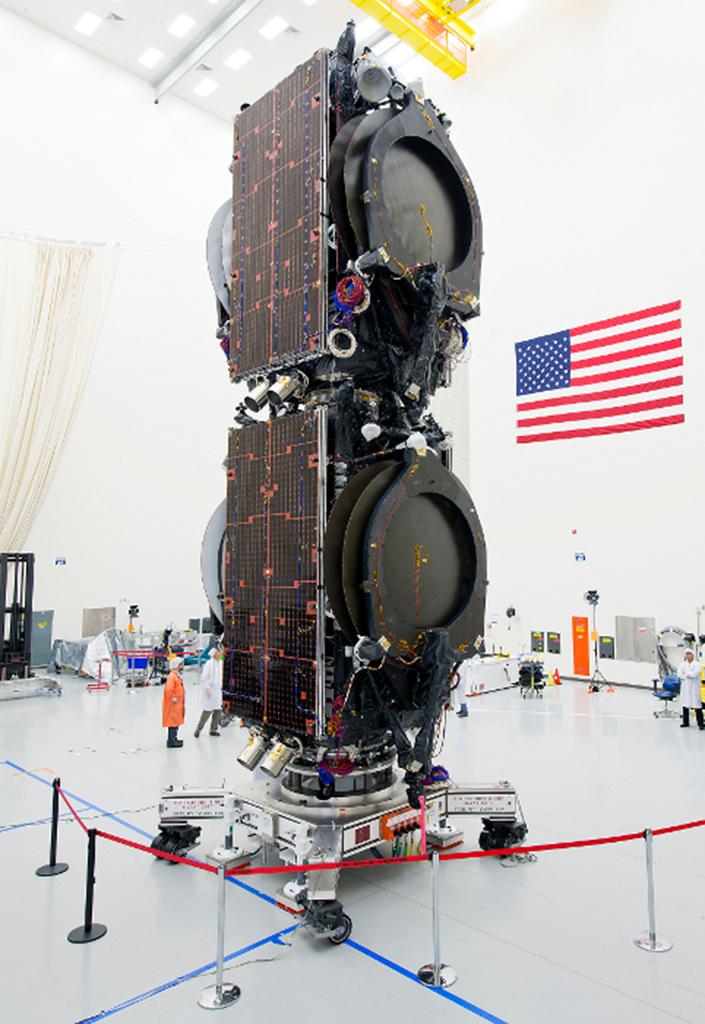 Early this year, SpaceX will orbit the world’s first all-electric spacecraft—made by Boeing—for ABS/Eutelsat-SatMex, followed by Turkmenistan’s first spacecraft and up to 10 Iridium NEXT mobile communications satellites in a single launch. Credit: Boeing 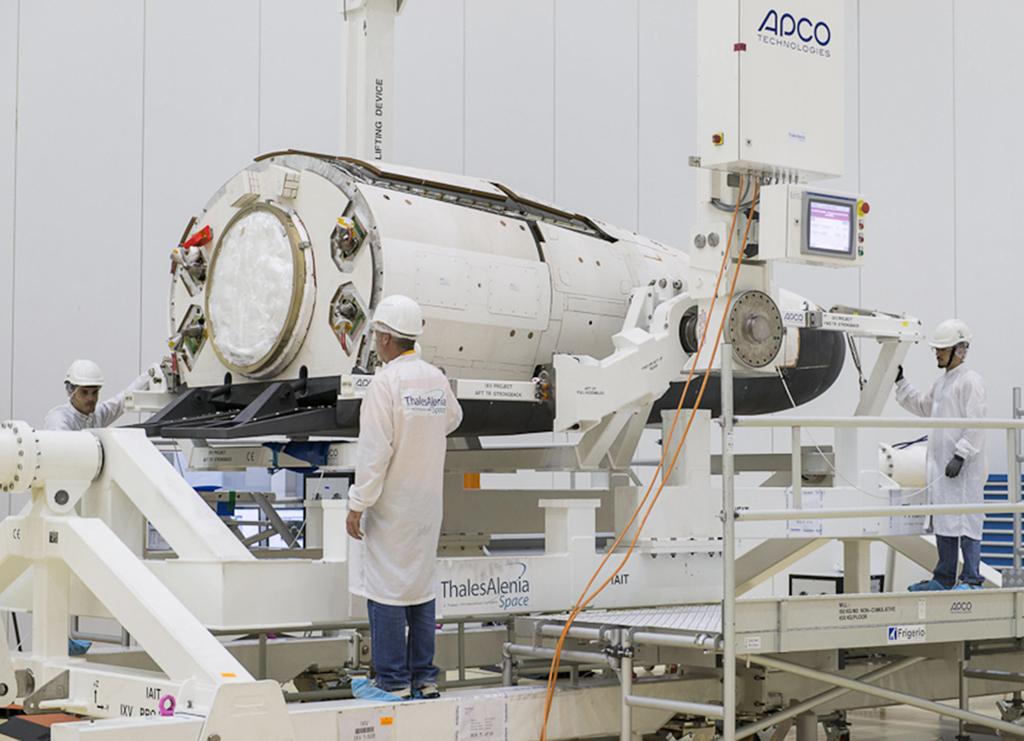 ESA’s Intermediate Experimental Vehicle (IXV) is expected to launch in early 2015 following a delay in its mid-November launch aboard a European Vega rocket. The mission will be brief—under 2 hr. from launch to a planned splashdown in the Pacific—though a successful demo could lead to development of a follow-on in the project’s quest for an affordable, reusable ride to low Earth orbit. Credit: ESA/CNES/Arianespace/Optique 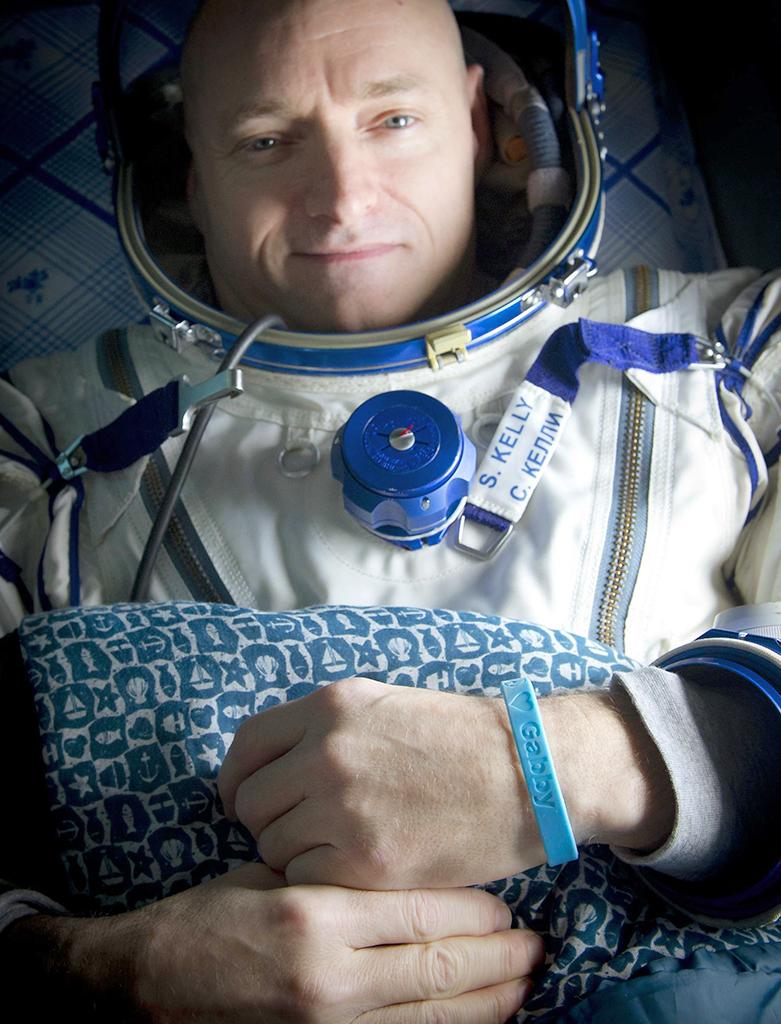 Astronaut Scott Kelly and Cosmonaut Mikhail Kornienko are scheduled to lift off in late March from the Baikonur Cosmodrome on the Soyuz TMA-16M mission for a one-year stay on the International Space Station, designed to test some of the physiological and operational factors that would play into a human mission to Mars. Credit: NASA 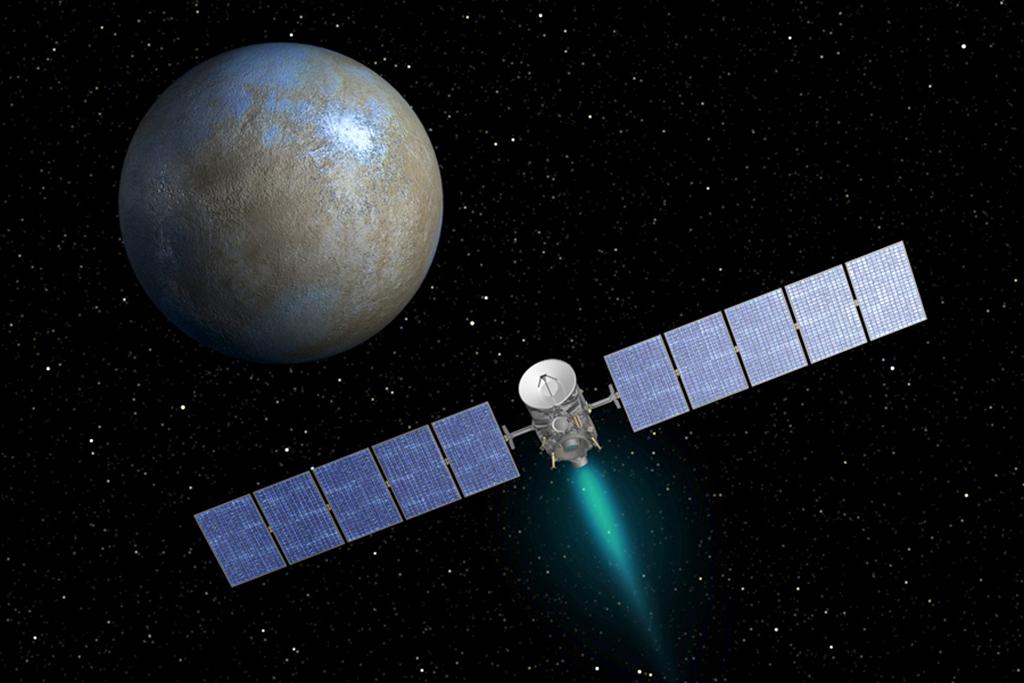 The dwarf planet Ceres is also due a visitor in 2015 when the Dawn spacecraft arrives in April. Launched Sept. 27, 2007, the solar-electric probe has already used its xenon ion engines to orbit the proto-planet Vesta as it explores the main asteroid belt. Credit: NASA/JPL 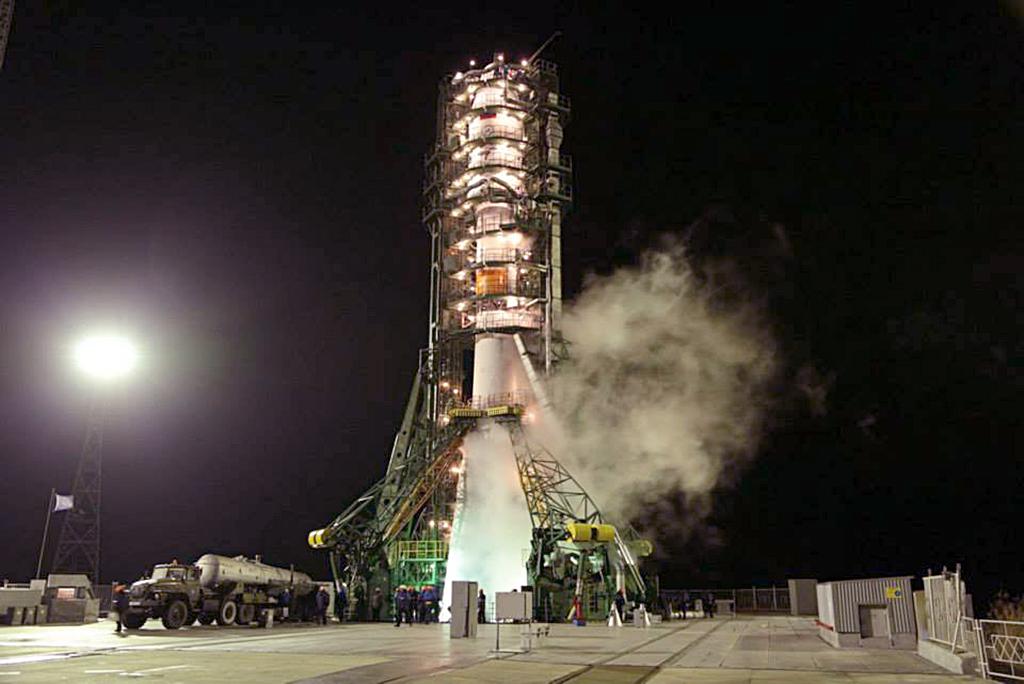 A Lift on a Soyuz

ISS crews will launch on three-seat Russian Soyuz vehicles three times in 2015, including the extended-mission crew. Among exploration-engineering tasks they face is deployment and checkout of the Bigelow Aerospace Expandable Activity Module, an inflatable module known as Beam that could pave the way for future habitats on the Moon, Mars and in between. Credit: Federal Space Agency 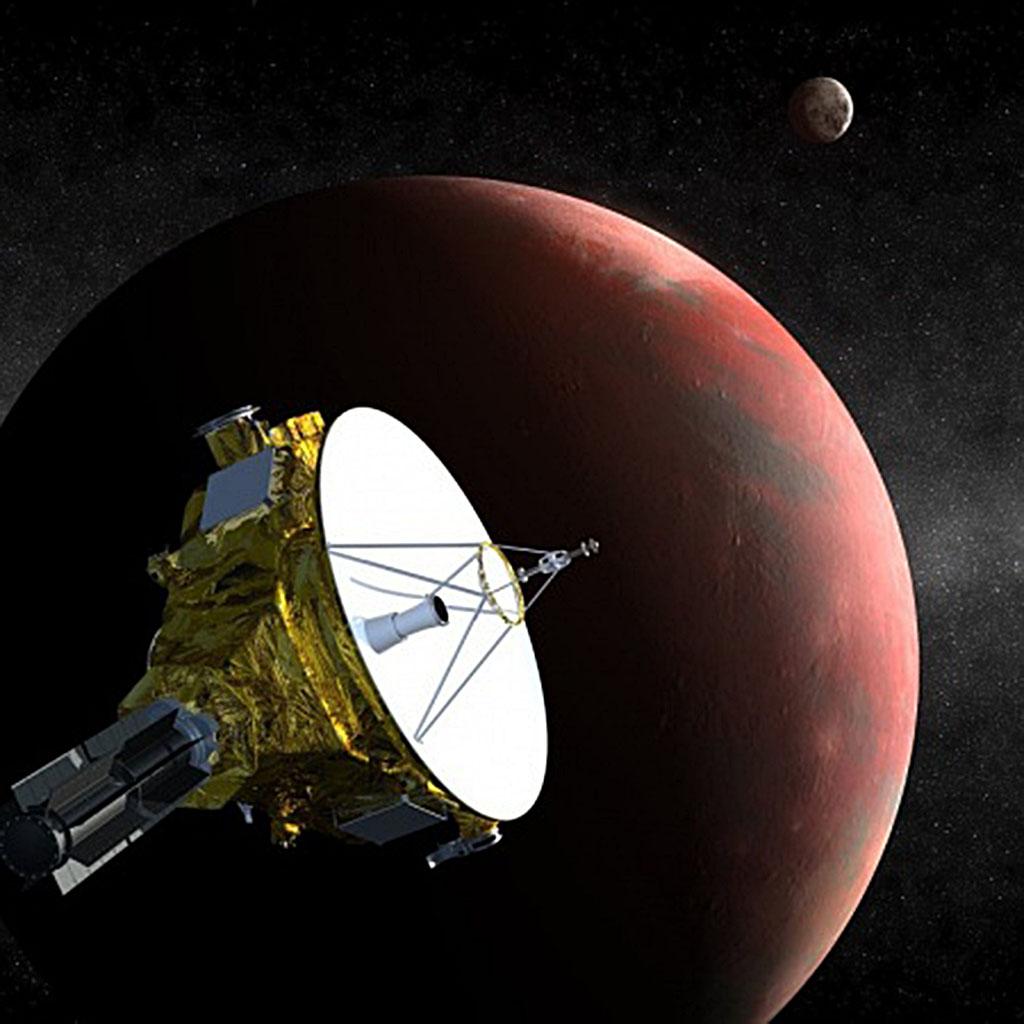 NASA’s New Horizons probe is scheduled to begin returning “better-than-Hubble” imagery of Pluto and its moons in May, as it approaches the distant dwarf planet for a July 14 flyby before plunging deeper into the Kuiper Belt. The nuclear-powered spacecraft launched Jan. 19, 2006. Credit: NASA 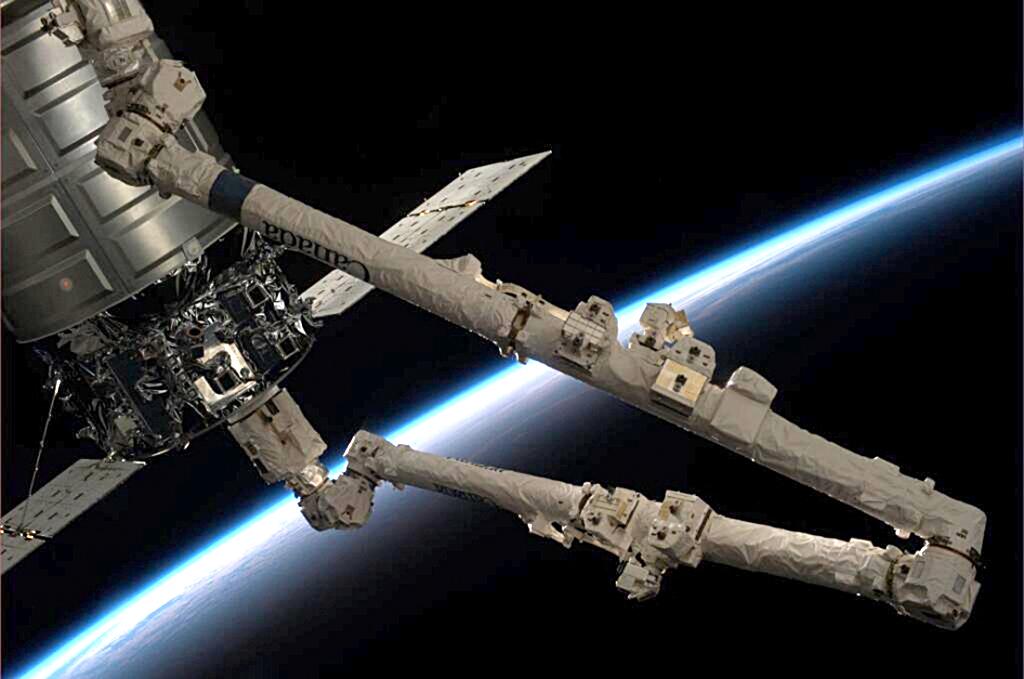 Orbital Sciences Corp. plans to launch a Cygnus cargo vehicle with station cargo in September on an Atlas V as it continues to recover from the October failure of its Antares launch vehicle. A hot-fire test of Antares with its new RD-181 engines is planned by the end of the year on the pad at Wallops Island, Virginia. Credit: NASA 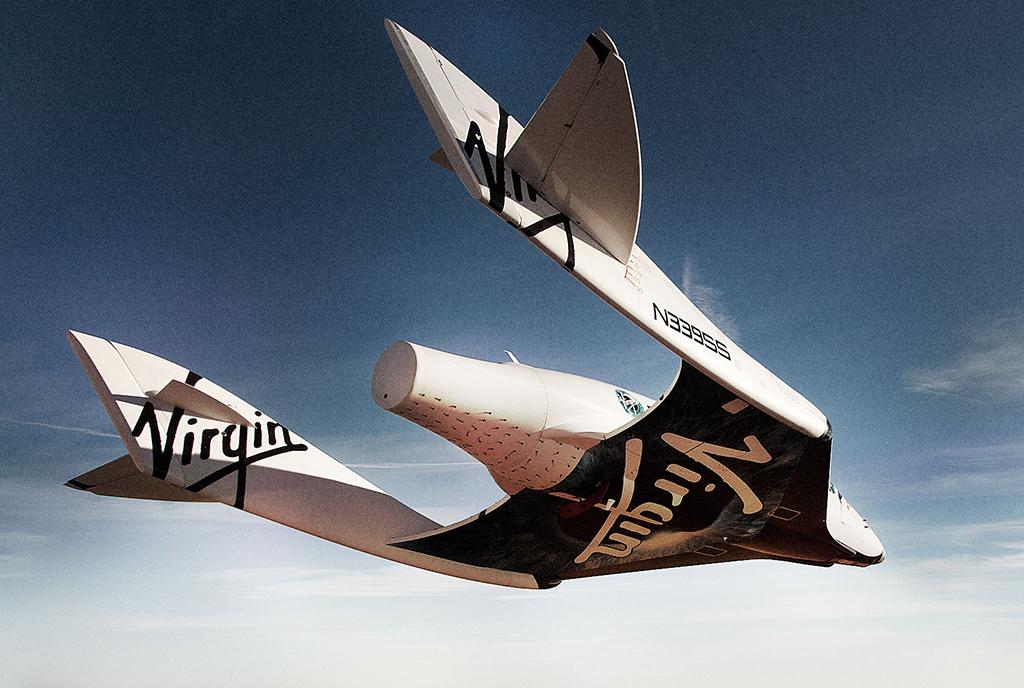 VirginGalactic also plans a return to test flight of its SpaceShipTwo with the second vehicle built by The SpaceShip Company, after the Oct. 31, 2014, crash that killed co-pilot Mike Alsbury. Credit: The Spaceship Company 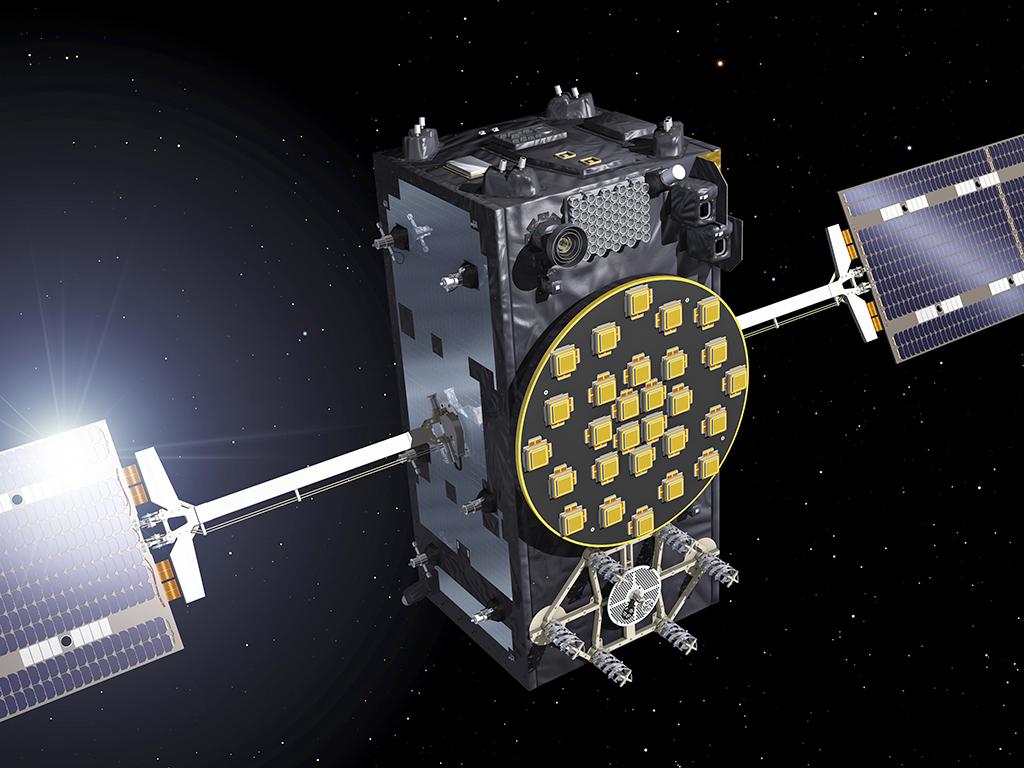 ESA will launch 6-8 Galileo navigation satellites this year as the Thales Alenia-built system—Europe’s answer to GPS—is gradually adopted by a large community of global users, including the U.S. Defense Department, which seeks access to at least two navigation constellations. Credit: ESA 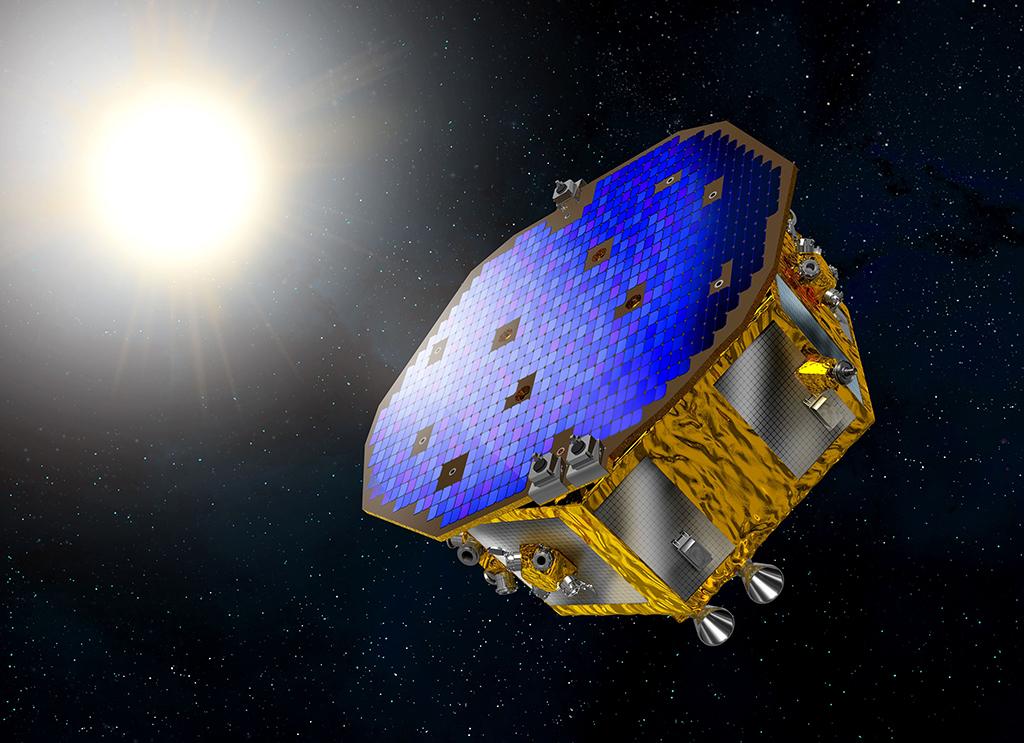 After years of delays and massive cost overruns, Europe’s Lisa Pathfinder satellite is expected to launch this year. The mission will test two masses in gravitational free-fall, controlling and measuring their movements and potentially paving the way for the larger eLISA laser interferometry space antenna mission, which ESA hopes to launch around 2034 to measure gravitational waves from black holes and other astronomical sources. Credit: ESA Concept/D. Ducros 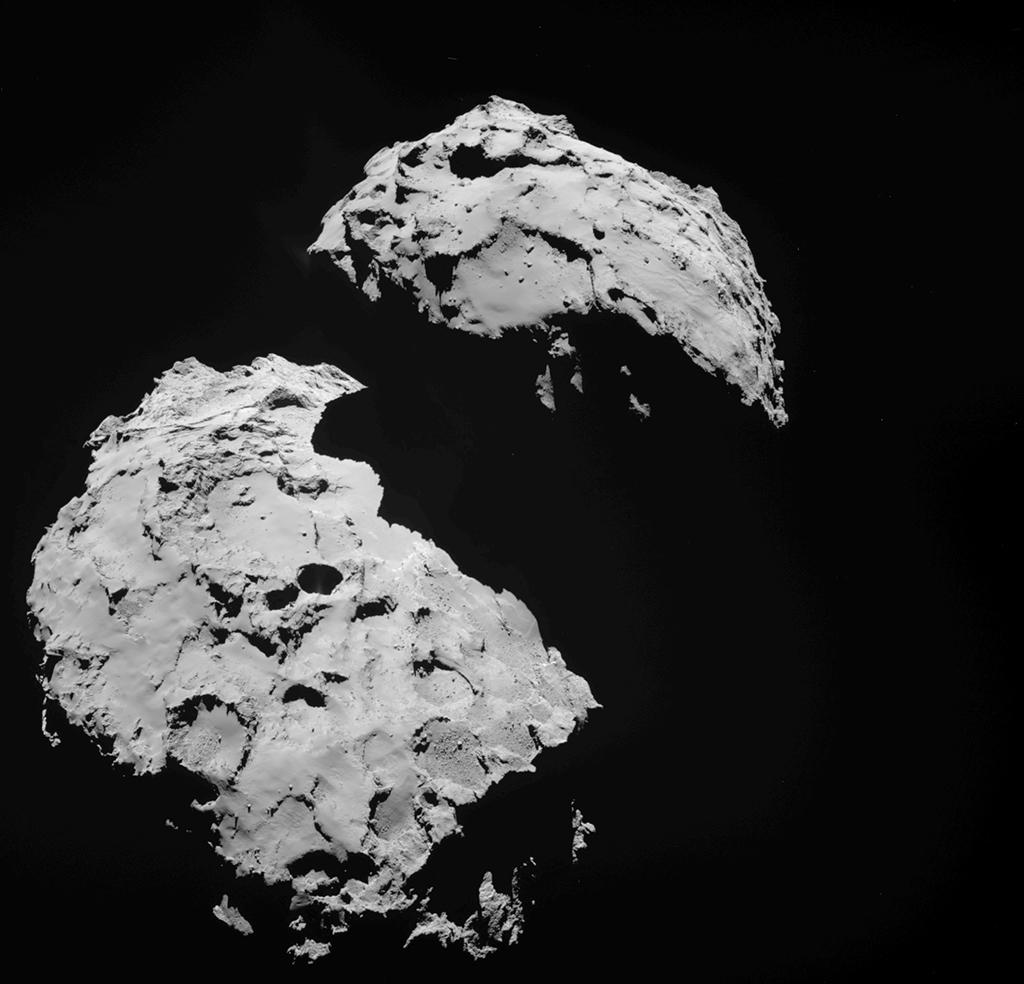 ESA says there is a good chance that it could “wake up” the Rosetta mission’s Philae lander in the spring and continue limited science operations on the Comet 67P/Churyumov/Gerasimenko. Even without additional input from the small robotic probe, the Rosetta orbiter will continue the mission’s primary science phase throughout 2015, gathering unprecedented data as it whips around the speeding comet on its way to the Sun. Credit: ESA/Rosetta/MPS for Osiris Team

SpaceX will demo its Falcon Heavy launcher in 2015, a three-core monster that could lift 21,200 kg (21.2 metric tons) to GTO, absent the hardware needed for core-stage reusability. If successful, the Falcon Heavy is poised to become the world’s most powerful rocket. The launch of the heavy is one of many missions for the fledgling rocket company. SpaceX conducted less than half the missions it had scheduled in 2014, with eight of those now pushed into what was already a very crowded 2015 manifest. Credit: SpaceX Concept 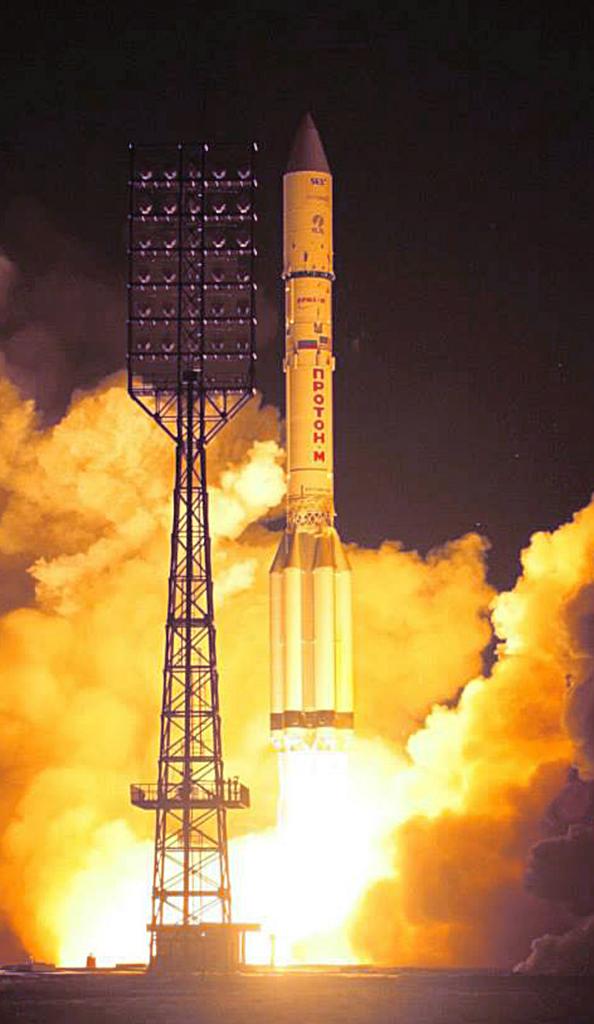 Commercial fleet operators are anxiously awaiting Proton's reversion to the mean in 2015, notably Inmarsat, which has taken a revenue hit due to delays in launching its second and third Global Xpress satellites. A total of 12 of the heavy-lift rocket launches are planned in 2015, including five or six commercial ones. In the meantime, test flights of Russia’s new Angara 5 heavy-lifter will continue this year, following the rocket’s December 2014 debut. Slated to become operational in 2020, the Angara family is expected to replace Proton for government and eventually commercial missions. Credit: Federal Space Agency 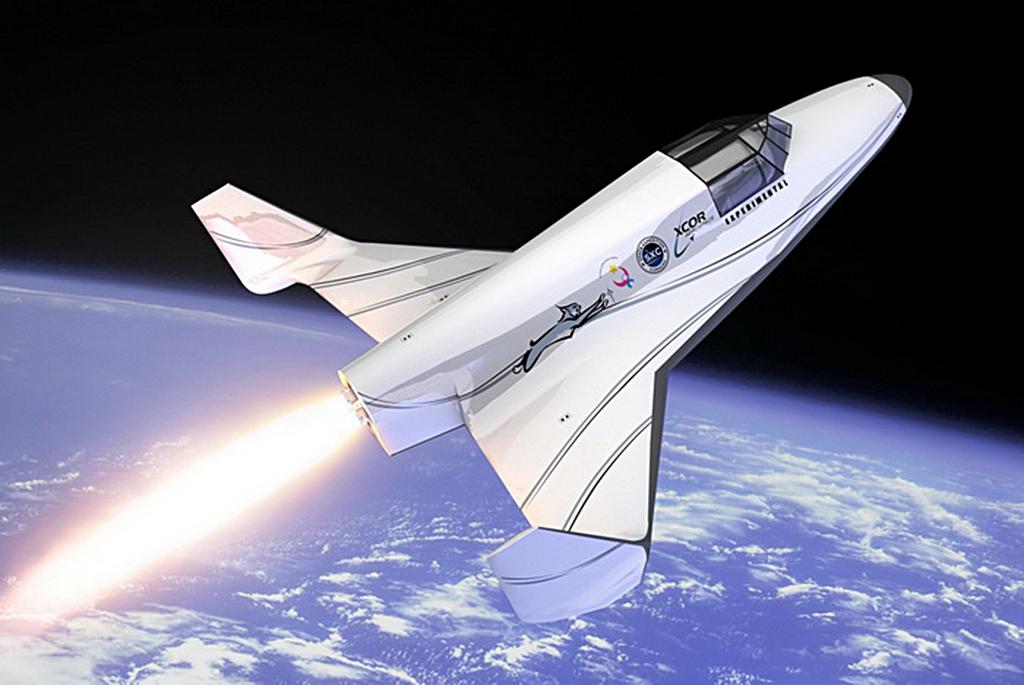 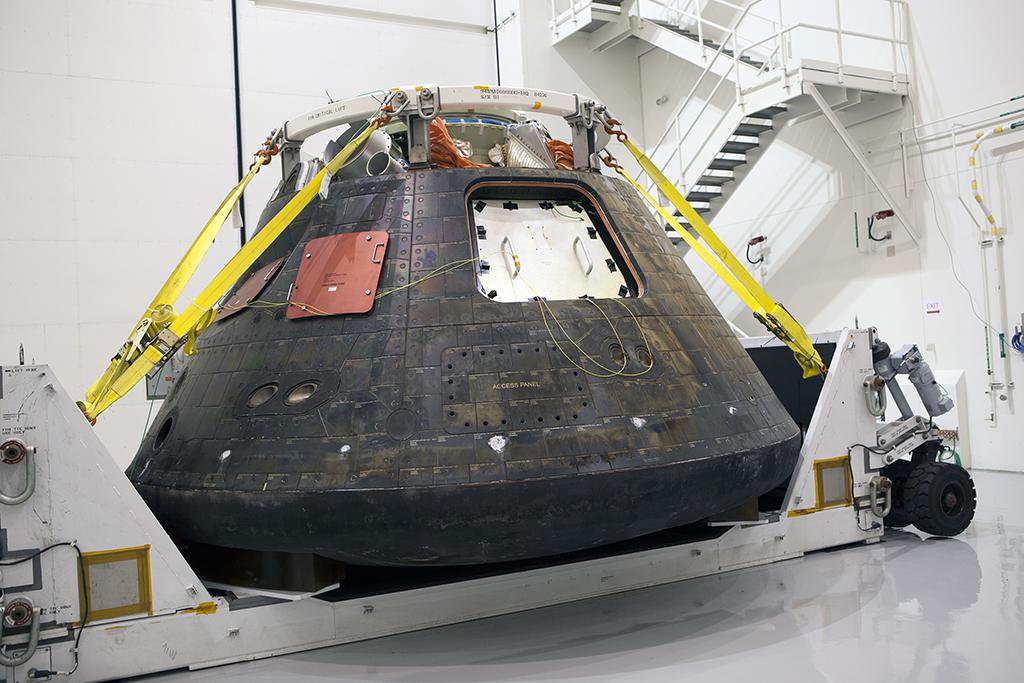 Lockheed Martin and NASA start detailed design work on the next flight test of the Orion deep-space crew capsule, using some 200 GB of data collected on the two-orbit Exploration Flight Test-1 in December 2014. The next unmanned Orion is set to fly on the first heavy-lift Space Launch System in 2018. Credit: NASA

After a year of highs and lows in space that featured Philae’s landing on a speeding comet and back-to-back failures of commercial spacecraft, 2015 is also packed with developments in crew vehicles, satellite launches and scientific advancement. Mark the calendar with a list of some of the space news events for the new year.