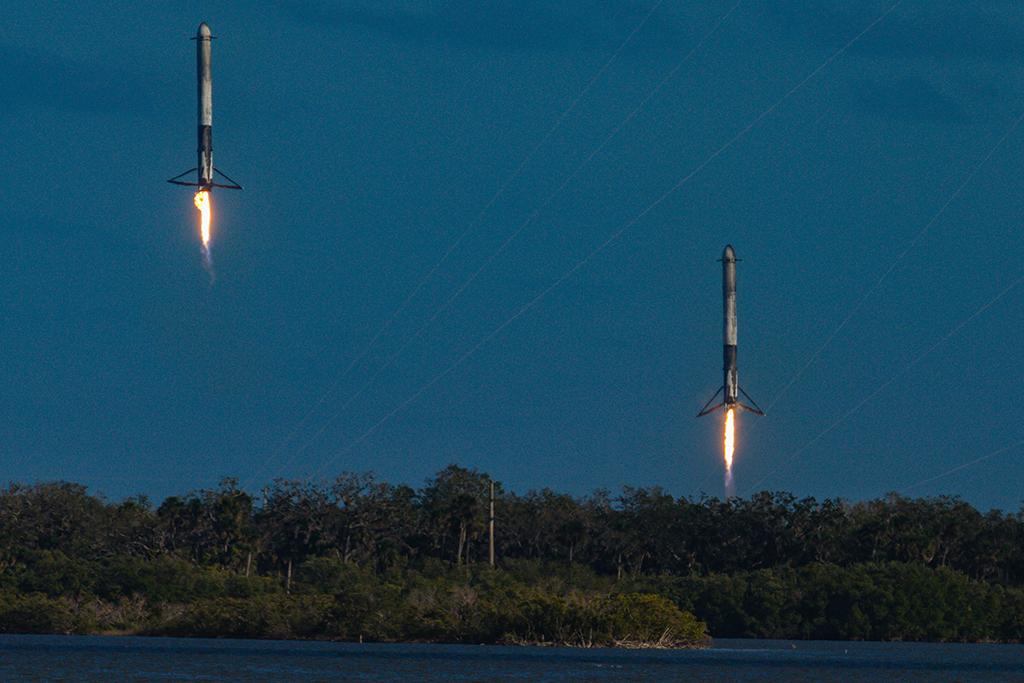 Two side core strap-on boosters return to Landing Zone 1 after the launch of SpaceX's Falcon Heavy on Feb. 6. 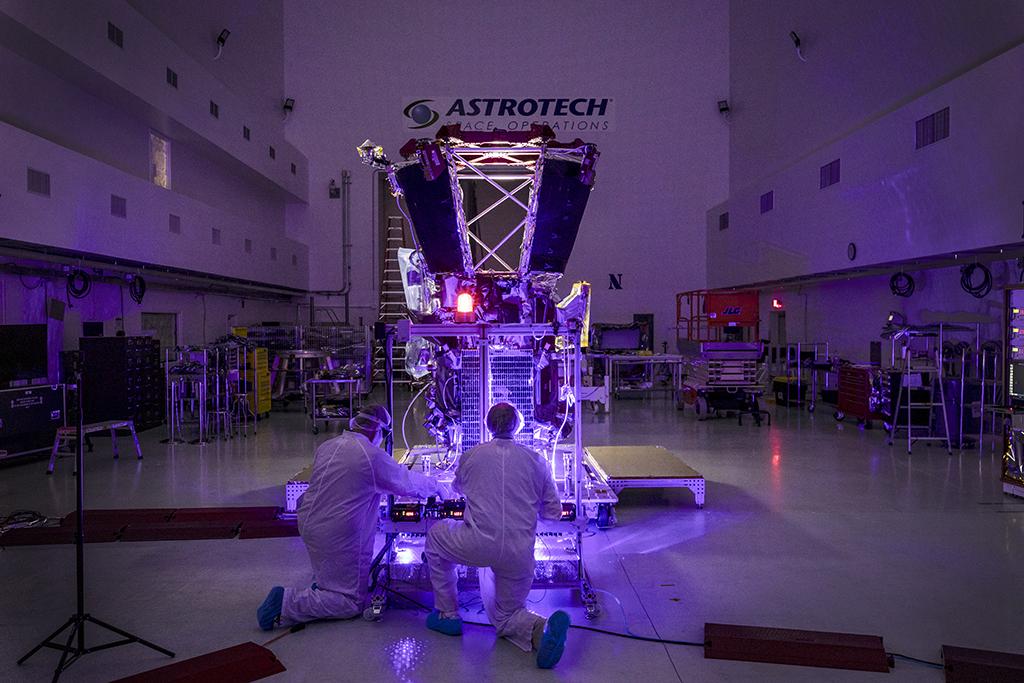 Members of the mission team

Members of the mission team test the Parker Solar Probe's solar arrays. The testing was done at Astrotech Space Operations in Titusville, Florida, with laser light to ensure the system would perform as designed and provide power to the spacecraft during its historic mission to the Sun. 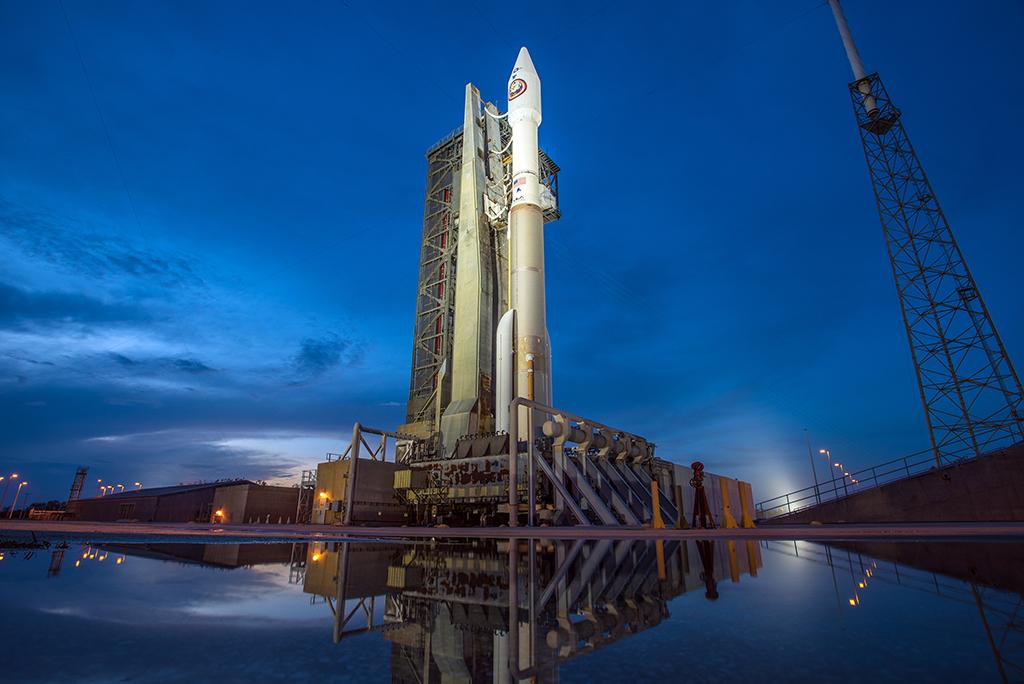 A United Launch Alliance Atlas 5 rocket is reflected at blue hour following a week of heavy rains at Cape Canaveral. Sometimes bad weather makes for nice photo opportunities. The rocket is about to launch NROL-52 into space. 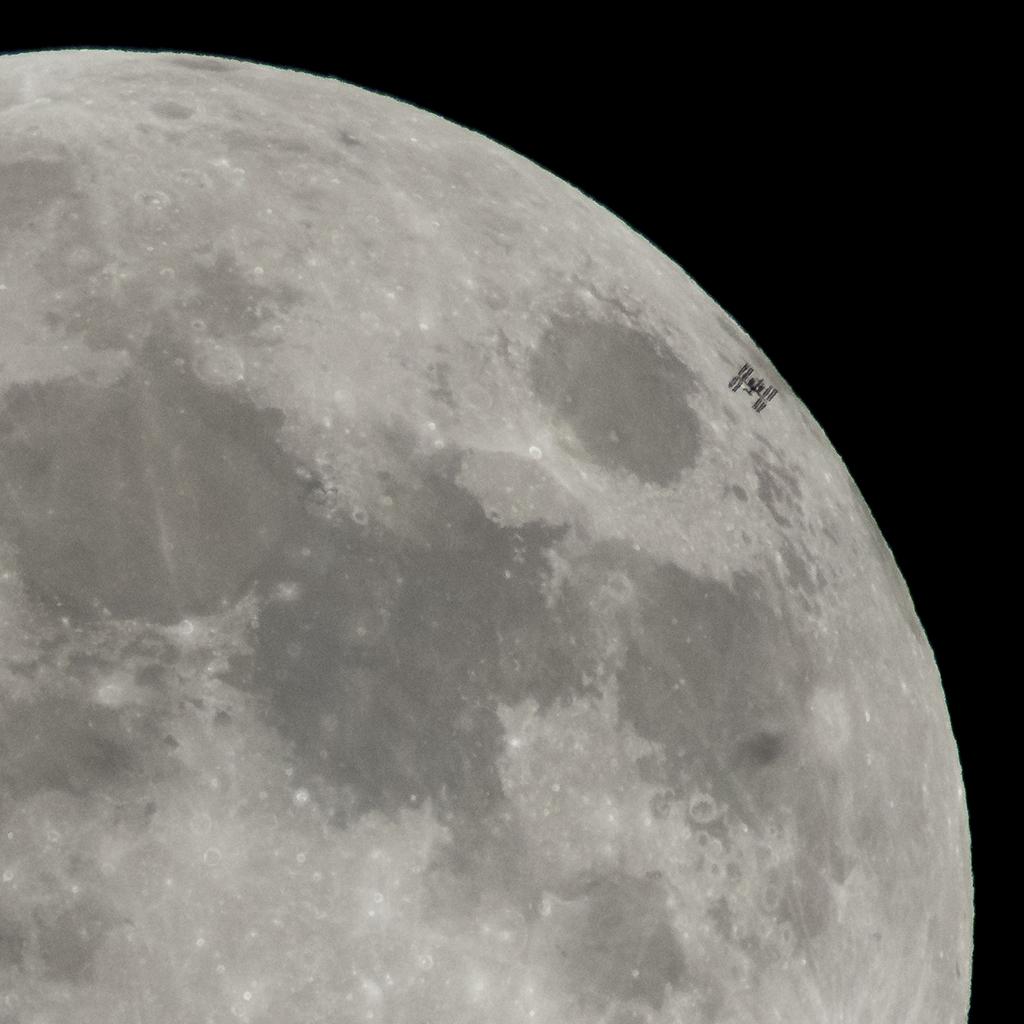 The International Space Station, with a crew of six onboard, is seen in silhouette as it transits the moon at roughly 5 mi. per second on Jan. 30 from Alexandria, Virginia. 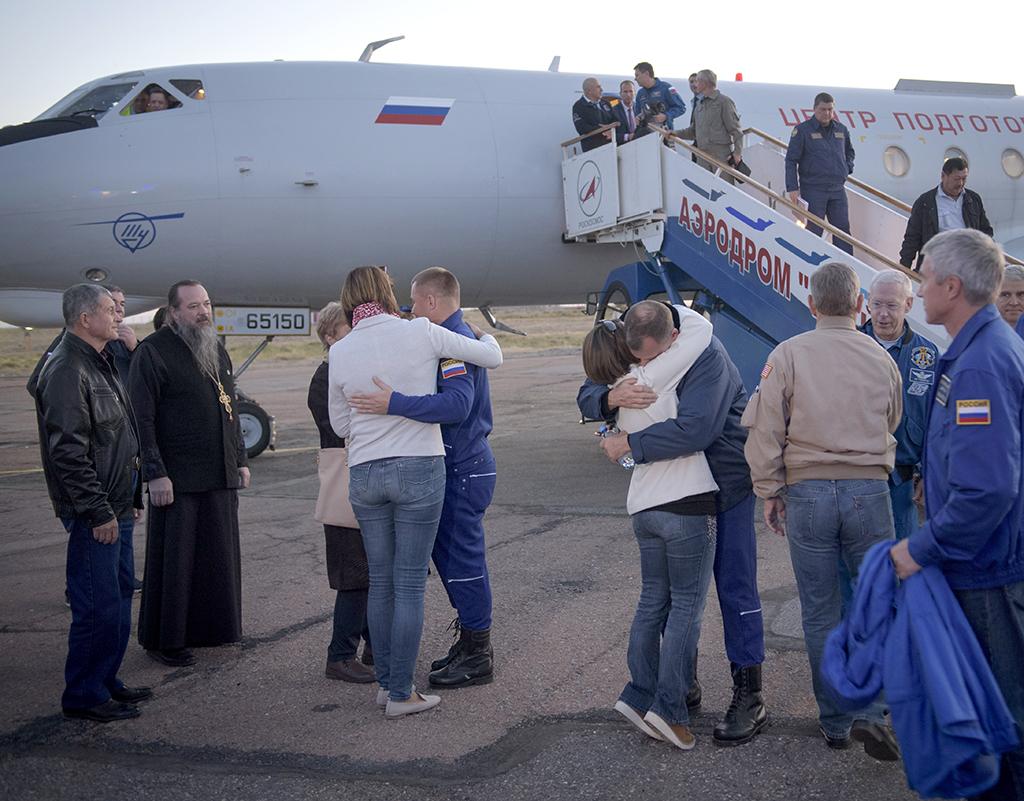 Expedition 57 Flight Engineer Alexey Ovchinin of Roscosmos, left, and Flight Engineer Nick Hague of NASA, right, embrace their families after landing at the Krayniy Airport on Oct.11, 2018 in Baikonur, Kazakhstan. Hague and Ovchinin arrived from Zhezkazgan after Russian search-and-rescue teams brought them from the Soyuz landing site. During the Soyuz MS-10 spacecraft's climb to orbit, a booster failure triggered a launch abort. The spacecraft followed a ballistic trajectory and landed safely. 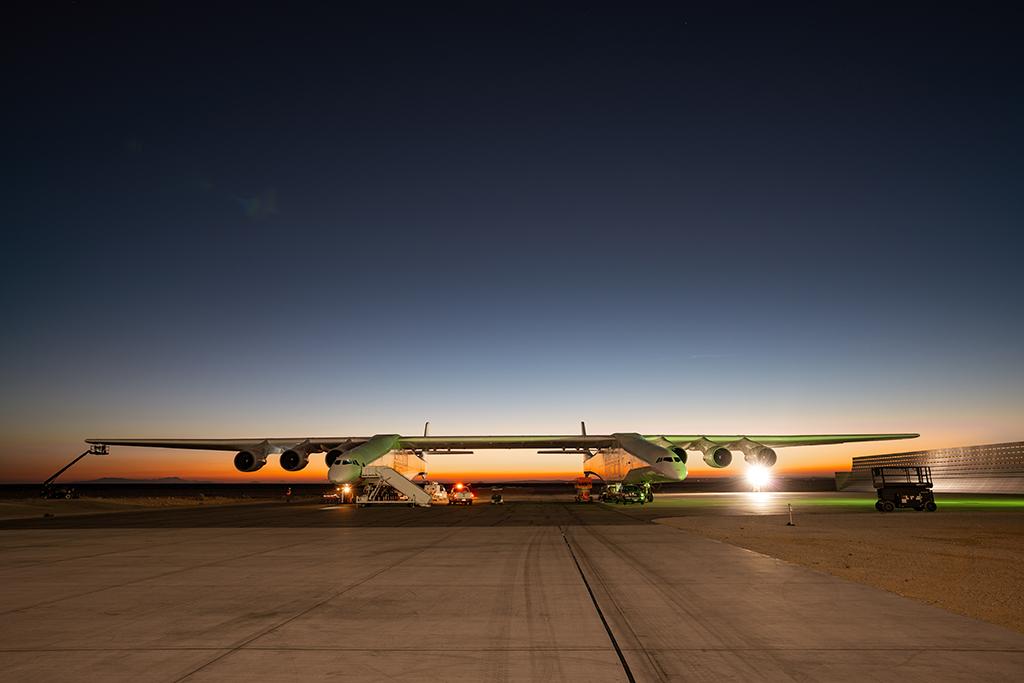 Stratolaunch aircraft waits on the tarmac before sunrise. 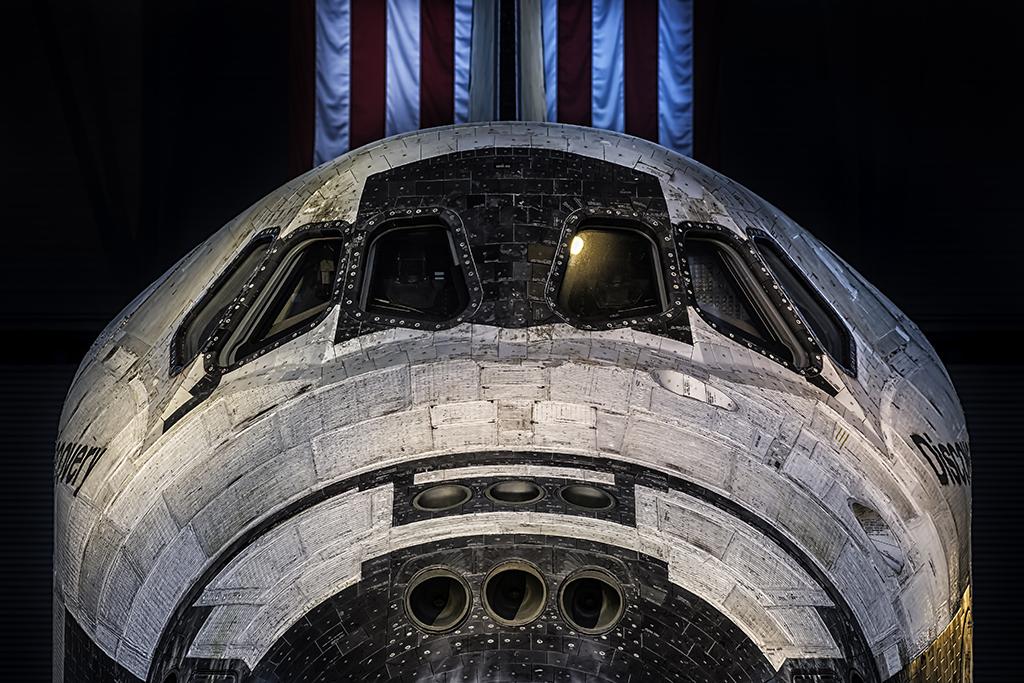 Discovery, or OV-103 as she was technically known to NASA, was the third orbiter built and flew 39 flights that resulted in a cumulative one year in space. The unique smell of space permeates Discovery as she sits idly at the National Air and Space Museum.  You can see the wear and tear of her 39 missions on the protective tiles strategically placed around the vehicle. 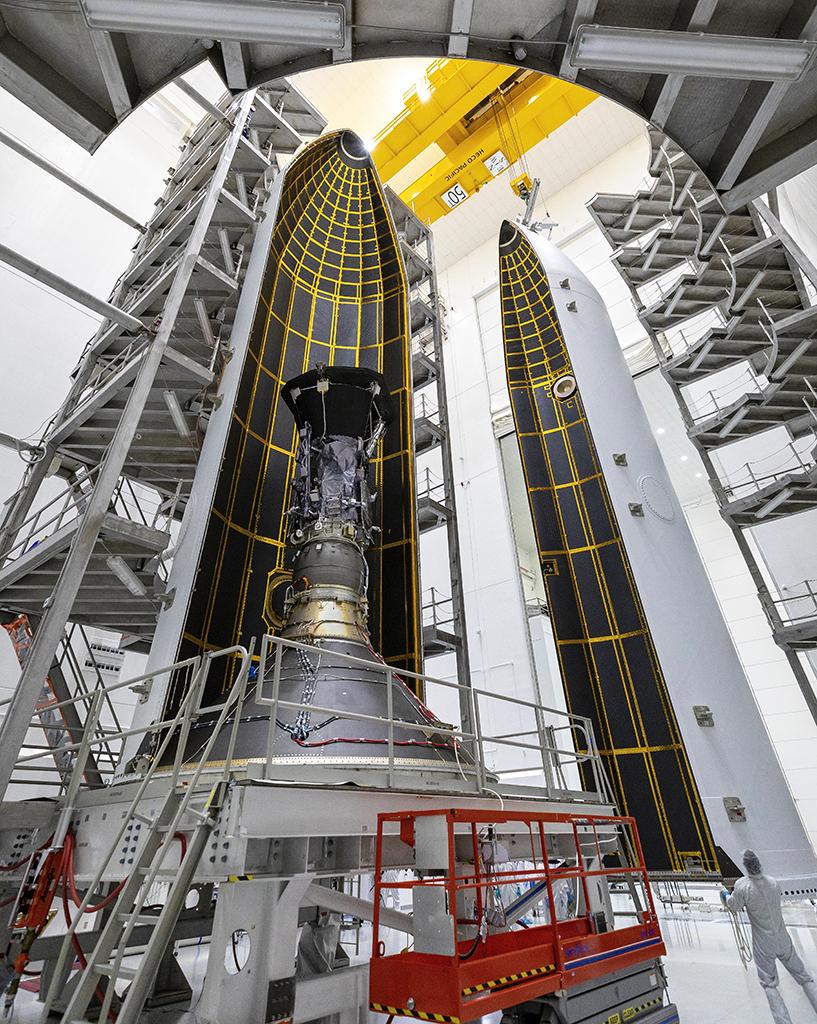 The Parker Solar Probe was encapsulated within its 62.7-foot tall fairing in preparation for the move from Astrotech Space Operations in Titusville, Florida, to Space Launch Complex 37 on Cape Canaveral Air Force Station. 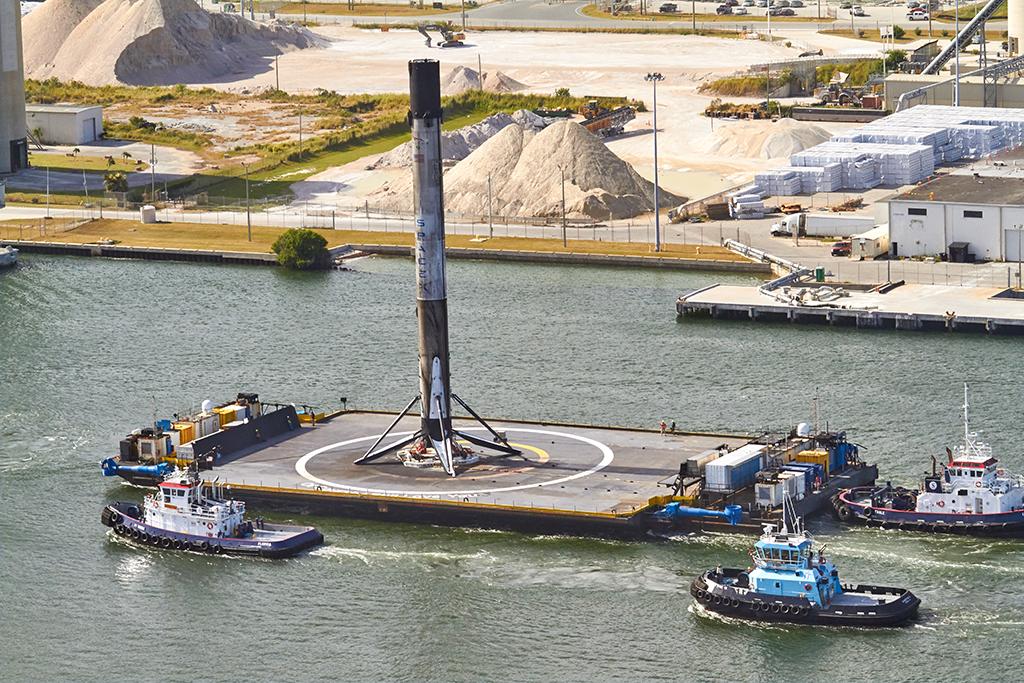 SpaceX's first "Block 5" Falcon 9 rocket returns to Port Canaveral aboard an autonomous spaceport drone ship after launching and landing a second time. This booster's first mission carried Bangabandhu-1 to orbit in May 2018 and was reused in August 2018 to launch the Merah Putih satellite. 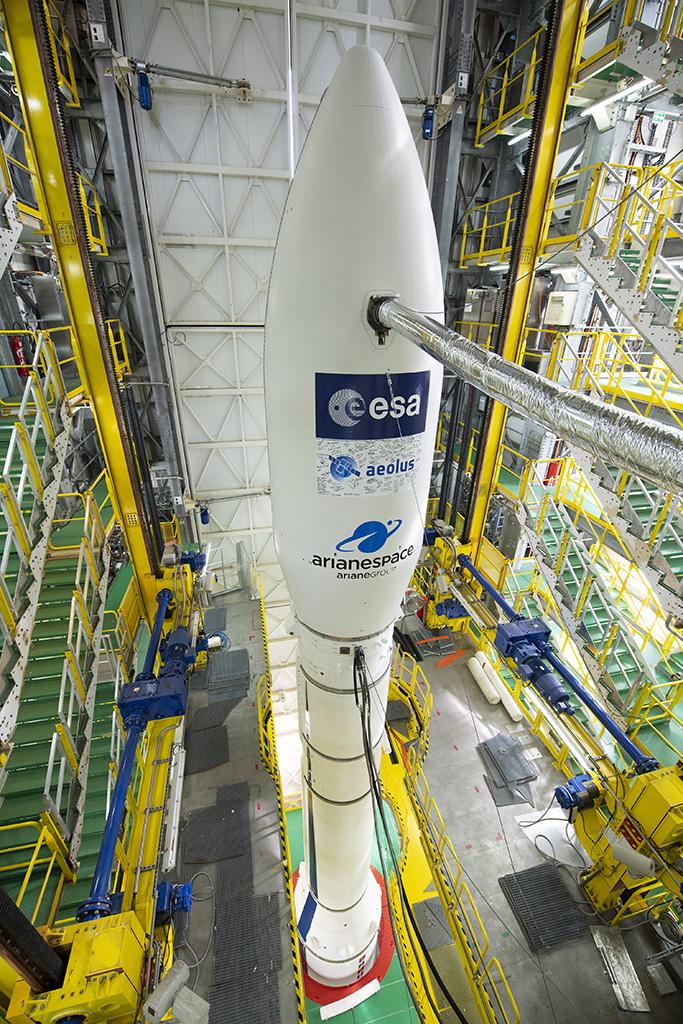 2018 was a banner year for the global space industry with more than 100 orbital launches. These images capture some of the highlights, as well as providing historical perspective.