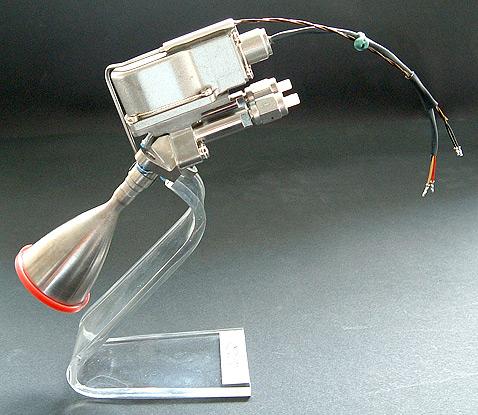 Spacecraft propulsion systems are tiny compared to rocket engines, though they fulfill much the same task as their larger counterparts: generating thrust. For communications satellites, however, thrust serves a unique purpose—to produce carefully measured pulses that help spacecraft achieve their final trajectory and orbital positions, and to maintain those positions once reached. To do this, extreme precision and reliability are necessary over the typical 15-year service life of a comsat. 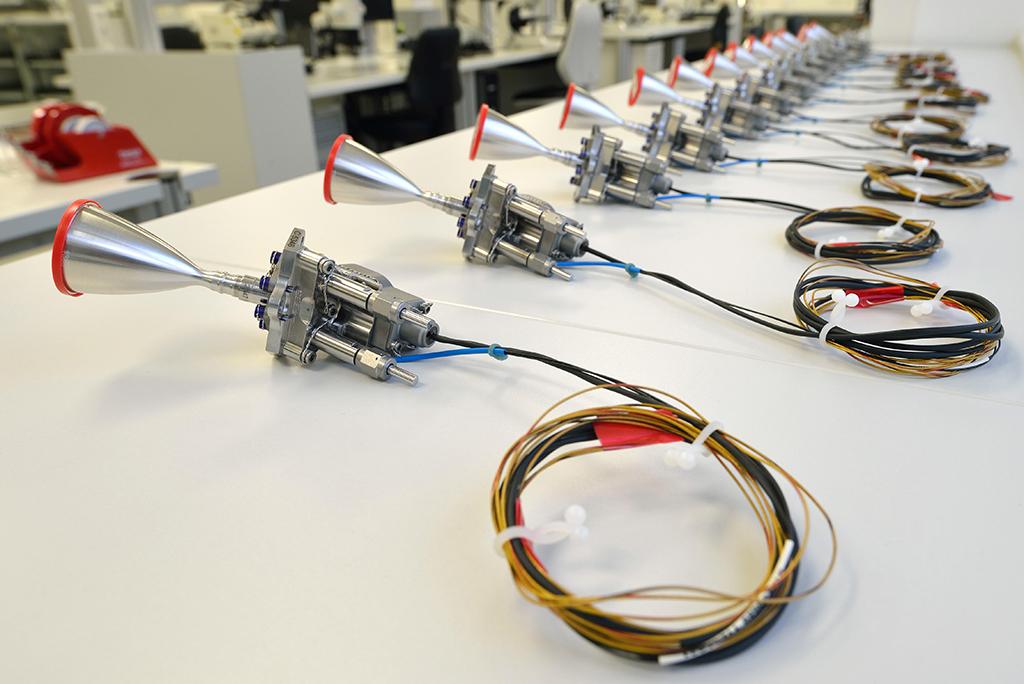 In November, Airbus Defense and Space produced its 3,000th 10-Newton bipropellant spacecraft thruster. Josef Kocher, head of Orbital Propulsion and the head of the Lampoldshausen test site for Airbus Defense and Space in Germany, says the “workhorse” of the company’s line of satellite-propulsion products has more than 600 years of flight heritage under its belt. More than 80 spacecraft are flying—or have flown—these engines, including the communications satellites of all major fleet operators. 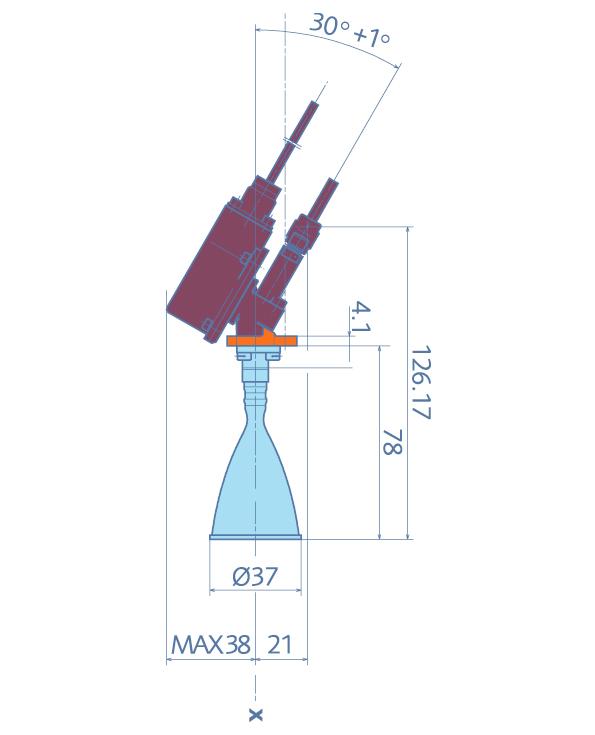 The 10N Airbus engine has an output of about 20 hp. Its thrust is generated when a fuel—in this case, hydrazine—is brought together with an oxidizer comprising a mixture of nitrogen and oxygen. The tanks for each substance have a capacity of approximately 1,400 liters (369 gal.). There is no need for a catalytic converter. Combustion takes place as soon as the two substances are injected into the combustion chamber and form a compound. The resulting reaction is what causes thrust. 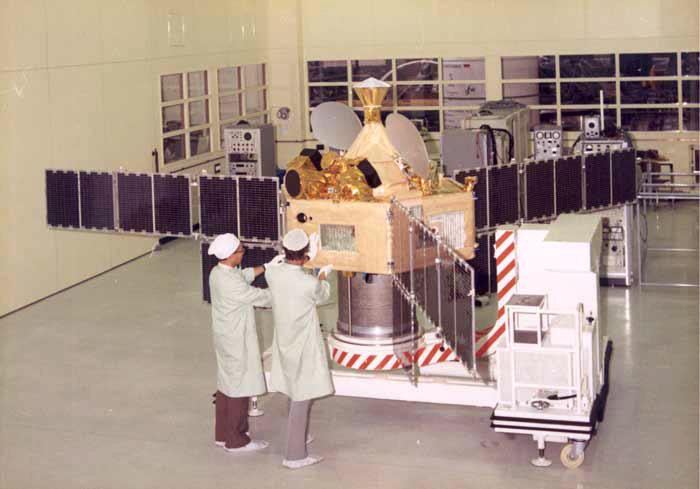 Airbus, which produces roughly 200 of the 10N thrusters per year, says the first generation of the system that flew on the Franco-German Symphonie satellites was regeneratively cooled with a stainless steel chamber, Kocher says. Over the past 40 years, the technology has steadily improved, including a switch to a platinum alloy chamber and an increase in thruster voltage to 50 watts to serve current platforms. It has also gone from a single-seat engine design to a double-seat option fitted with two valves. 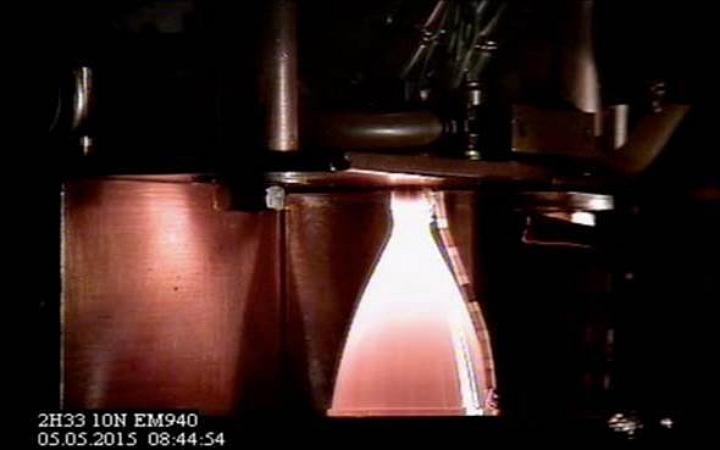 The European Space Agency (ESA) and Airbus recently test-fired the first 3-D-printed platinum alloy 10N thruster combustion chamber and nozzle. The combustion chamber was printed in platinum–rhodium alloy using a laser beam applied to a metal powder bed. The series of tests lasted more than an hour and comprised 618 firings. 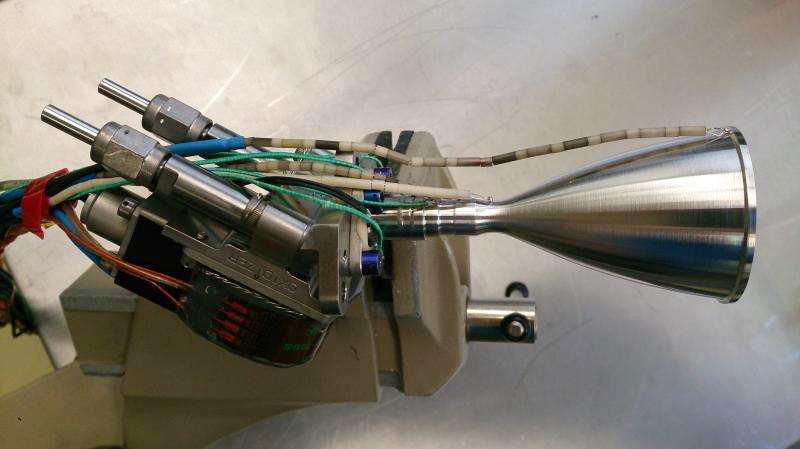 The prototype thruster was produced and tested at the Airbus Defense and Space facility in Lampoldshausen through a European Space Agency project called Additive Manufacturing Technologies for Advanced Satellite Thrust Chamber (Amtac). 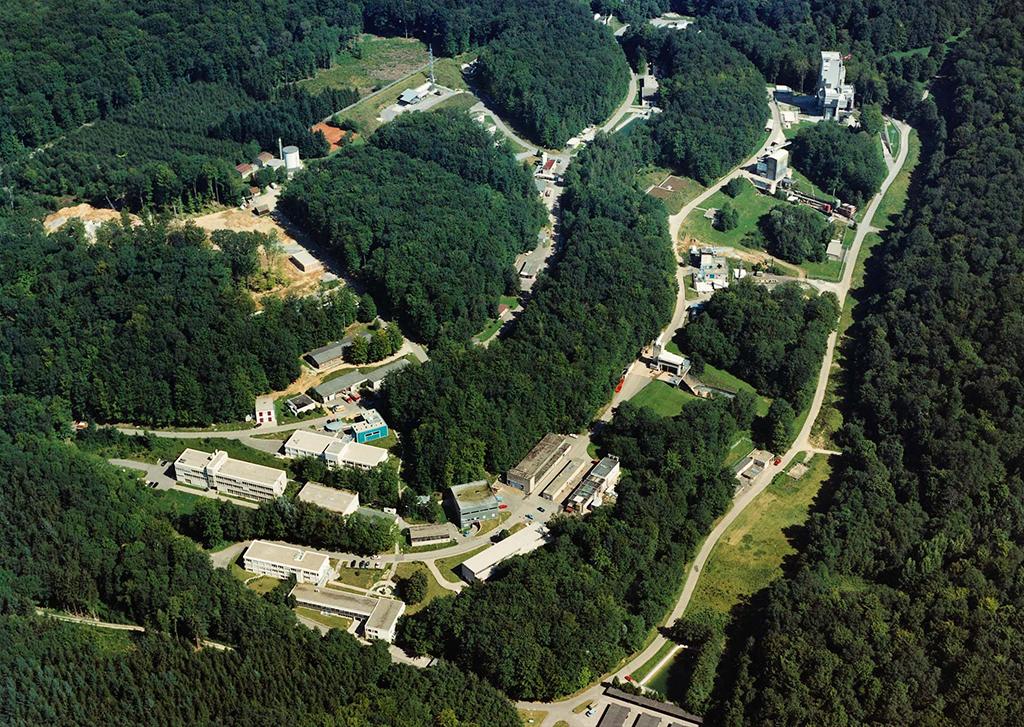 The vast majority of European satellites are equipped with engines and propulsion systems made in Lampoldshausen. More than 230 of the satellites currently in orbit are maneuvering with the support of Airbus Defense and Space. 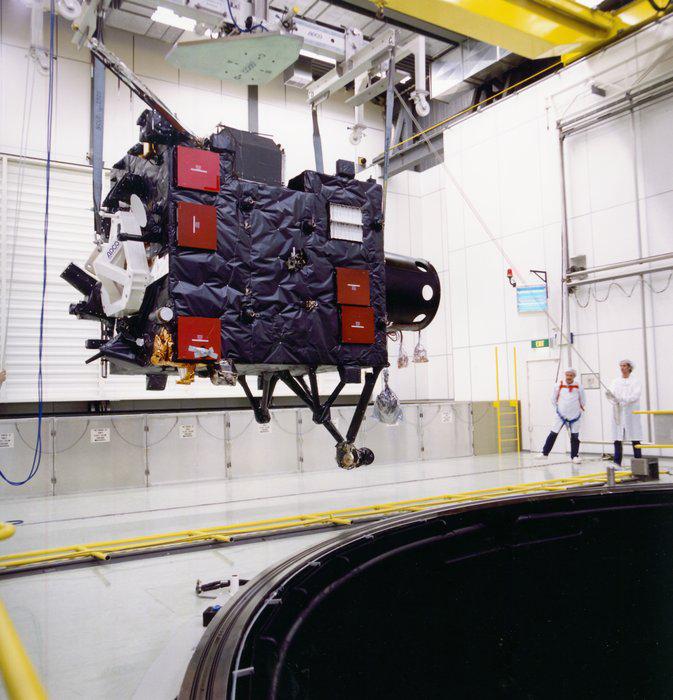 Kocher says that among the higher-profile missions making use of the 10N thruster is Europe’s historic Rosetta comet-chasing mission, which uses the engines to carry out all of the spacecraft’s delta-V maneuvers. A total of 24 thrusters, four of which are axial engines, are used to off-load momentum from the spacecraft’s primary attitude control system, which is based on flywheels. 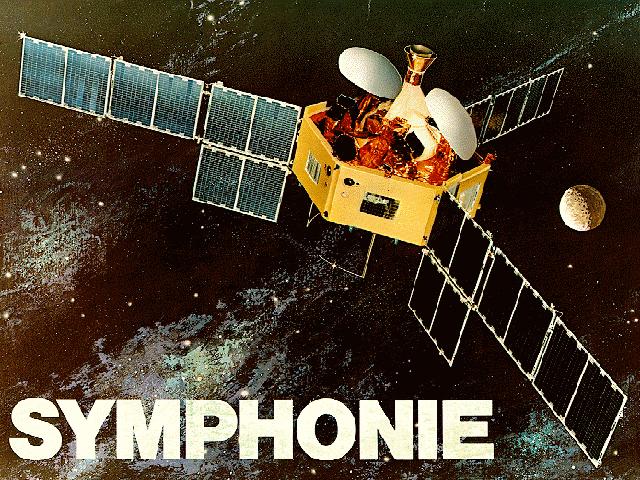 Airbus’s first 10N thrusters flew on the Symphonie satellites launched in 1974-75, Kocher says. These were the first communications satellites built by France and Germany and the first to use three-axis stabilization in geostationary orbit with a bipropellant propulsion system for orbit circularization and station-keeping. 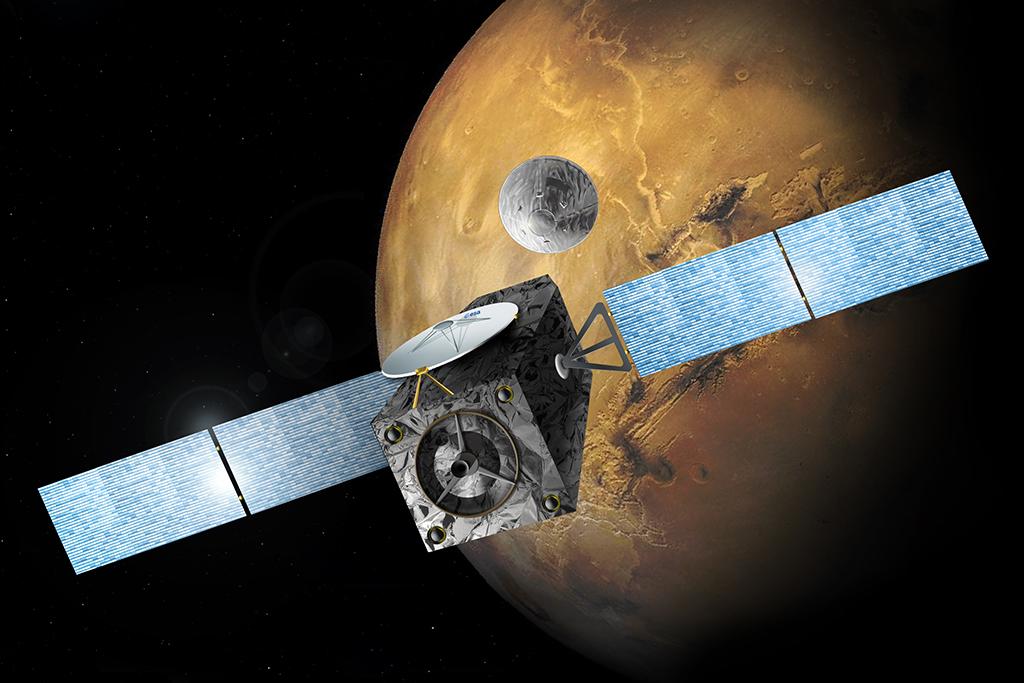 More than 40 years after Symphonie, Europe’s ExoMars mission with Russia is preparing to lift off on a campaign to the red planet, powered in part by more than a dozen 10N Airbus thrusters flying on the ExoMars Trace Gas Orbiter (TGO). In this image the TGO is shown in orbit around Mars after releasing a small entry, descent and landing demonstrator toward the Martian surface. 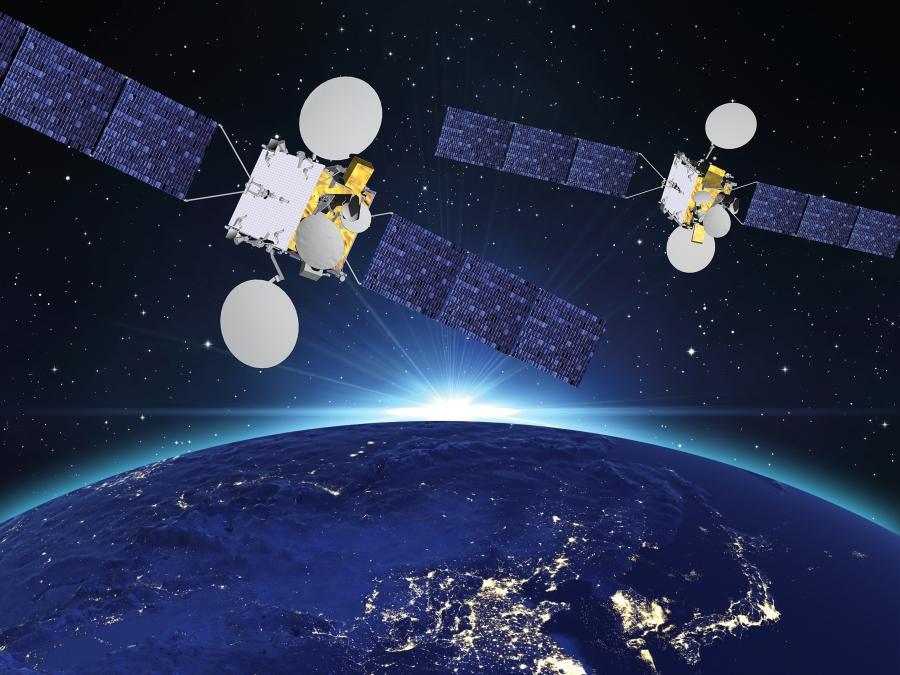 In addition to supporting European commercial and science missions, Airbus says its 10N thruster has proved successful on export markets, notably in South America and Asia. This includes KoreaSat 7, a communications satellite in development at Thales Alenia Space of France and Italy that is based on the Spacebus 4000B2 platform.