Satellites, Storms And Damage Left Behind 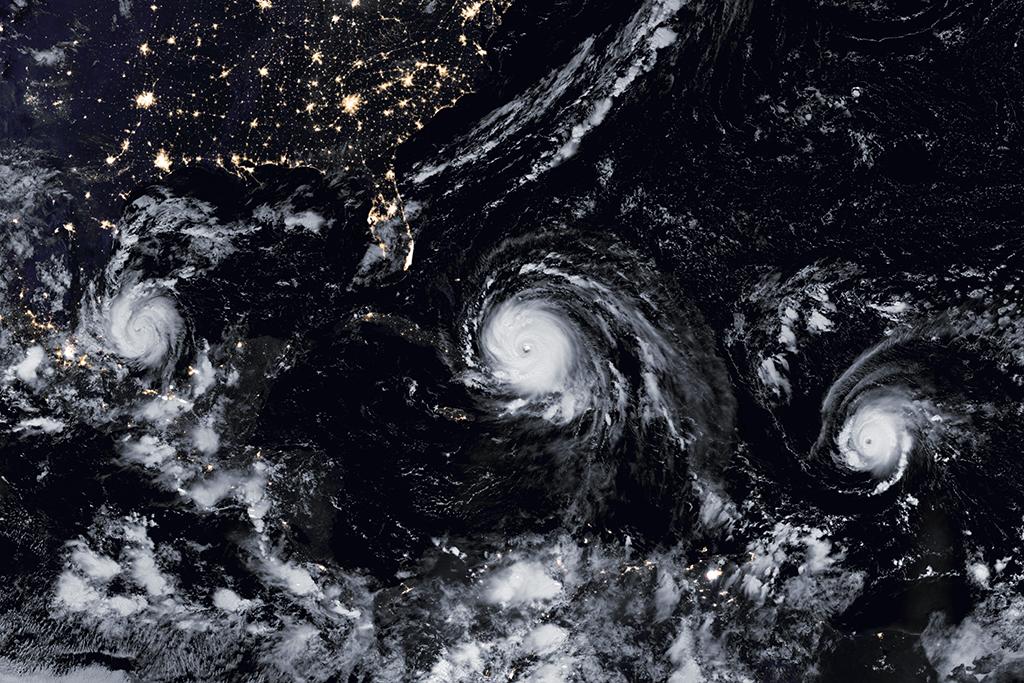 Earlier this year, the U.S. National Weather Service predicted that five to nine storms could become hurricanes, and that two to four of those would be severe. Already, we have seen at least four hurricanes in the span of weeks—with three of them active at the same time. Two, Harvey and Irma, were devastating upon landfall.

Here, the Suomi National Polar-orbiting Partnership satellite captures the Category 4 Hurricane Irma heading for the Florida coast, the smaller Cat. 2 Katia bound for Mexico and a Cat. 4 storm, Jose, swirling toward the Caribbean. The image used Visible Infrared Imaging Radiometer Suite day-night band data. It also incorporated some of the data from the Terra satellite’s Moderate Resolution Imaging Spectroradiometer from the Land Atmosphere Near real-time Capability for the Earth Observing System (EOS). 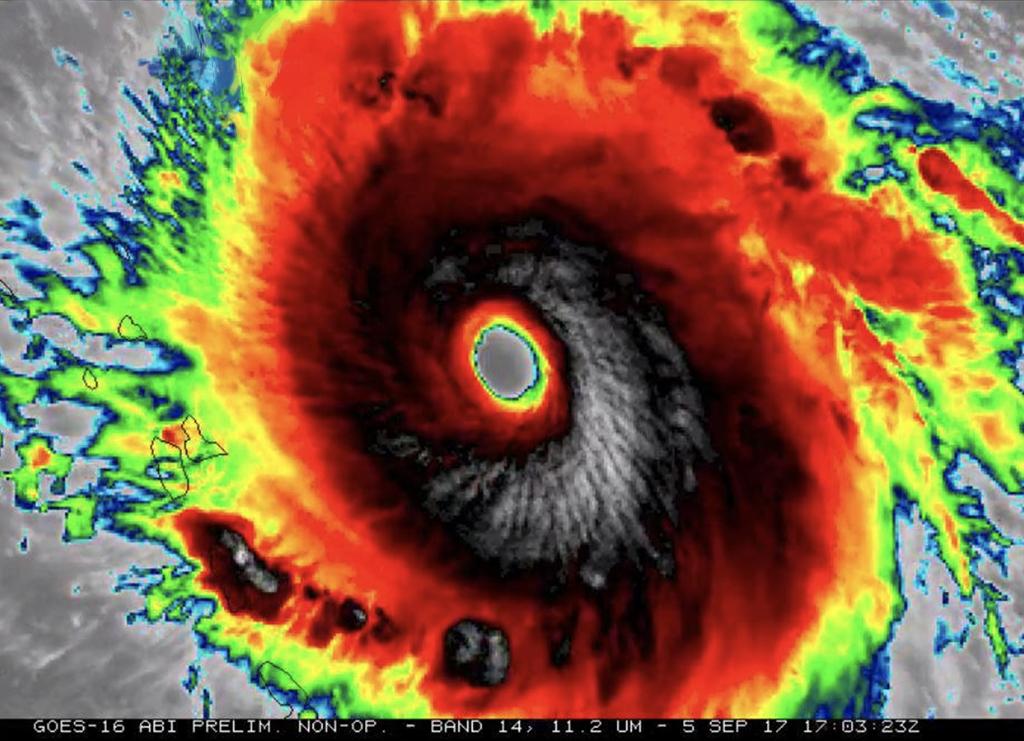 This infrared image taken by the National Oceanic and Atmospheric Administration’s (NOAA) Geostationary Operational Environmental Satellite-16 on Sept. 5 shows Irma before it hit the Leeward Islands and shows a gravity wave pattern spiraling outward. GOES-16, made by Lockheed Martin, is designed to orbit for 15 years, collect and transmit up to 100 Mbps instrument payload data continuously and provide ongoing services including search and rescue, data system collection and the Emergency Managers Weather Information Network. GOES-16 carries three types of instruments—nadir-pointing, solar pointing and in situ. The next satellite in the constellation, GOES-S, is scheduled for launch in spring 2018. 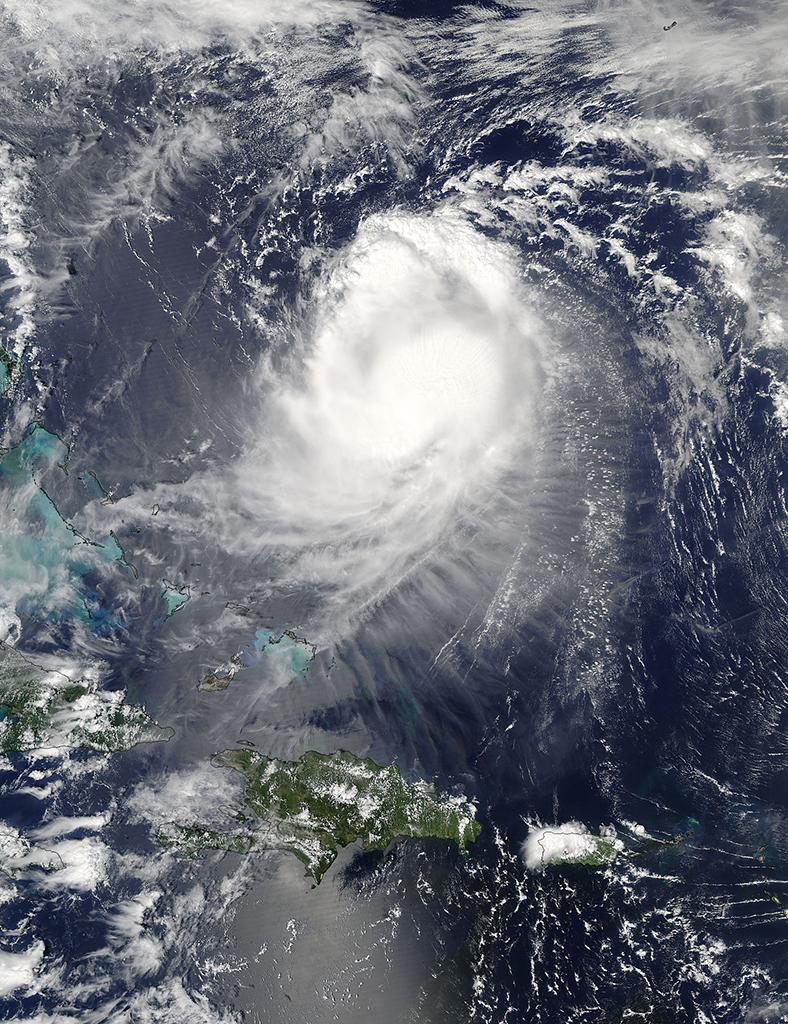 By Sept. 12, Hurricane Jose, once a Cat. 4 storm, was weakening, its winds slowed by vertical wind shear. NASA’s Aqua satellite captured this visible light image on Sept. 11. The satellite, launched in 2002, is part of the EOS, and uses six instruments to gather information about the Earth’s water cycle. Made by TRW (now Northrop Grumman), the spacecraft had a life span of six years, but continues to operate four of its instruments and gathers some reduced-quality data from a fifth. 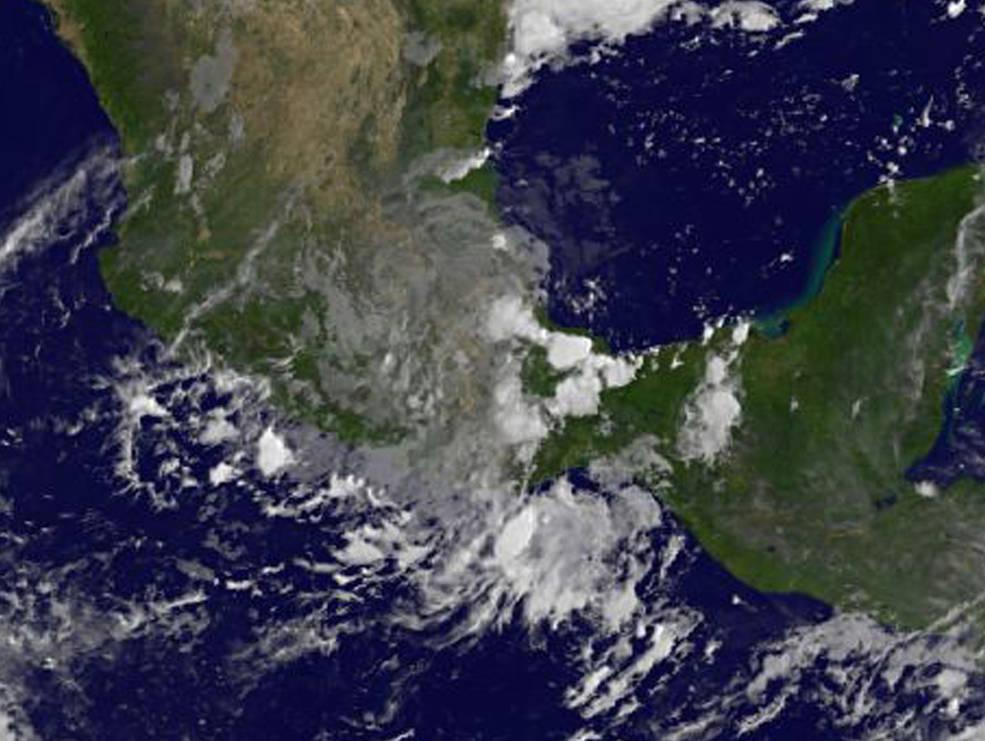 Katia was making landfall in Mexico Sept. 8, as Irma was lashing Cuba. But Katia’s winds were a far-slower 75 mph. The storm was dissipating on Sept. 9, indicated on this image created using visible light data from NOAA’s GOES-East satellite imagery. 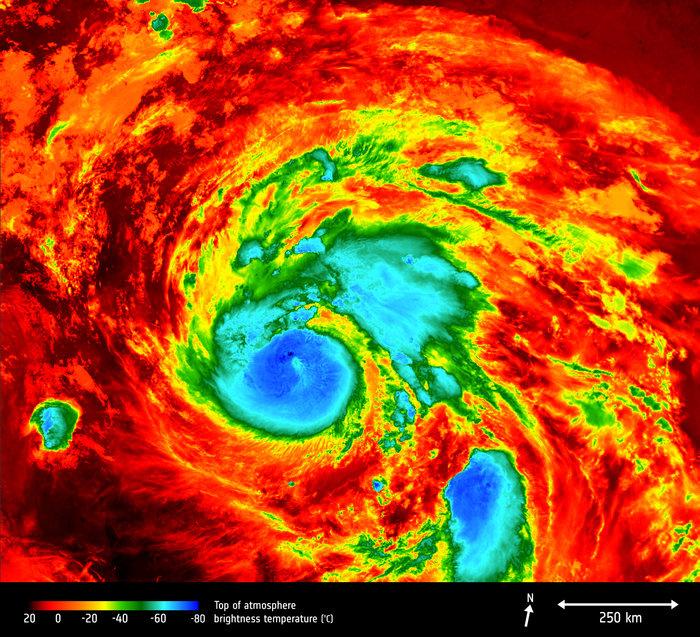 The European Space Agency’s Copernicus Sentinel-3A satellite shows Hurricane Harvey in the Gulf of Mexico near Texas on Aug. 25, using its Sea and Land Surface Temperature Radiometer to measure the energy radiating from the Earth’s surface in nine spectral bands. The image reflects the dramatic range in the brightness temperature of the storm—from 20C (68F) at the edge to −80C in its eye.

DigitalGlobe satellites show the damage inflicted by Hurricane Irma on the coast of Key West. On Jan. 13, its WorldView-3 satellite shows a small strip of beach along the coast (left). The Sept. 11 image taken by the GeoEye-1 spacecraft shows the beach overtaking the road.

This luxury resort is known as an otherworldly place of respite and rejuvenation. But this WorldView-2 image (rigth) shows how Irma chewed through its facilities and picturesque marina. 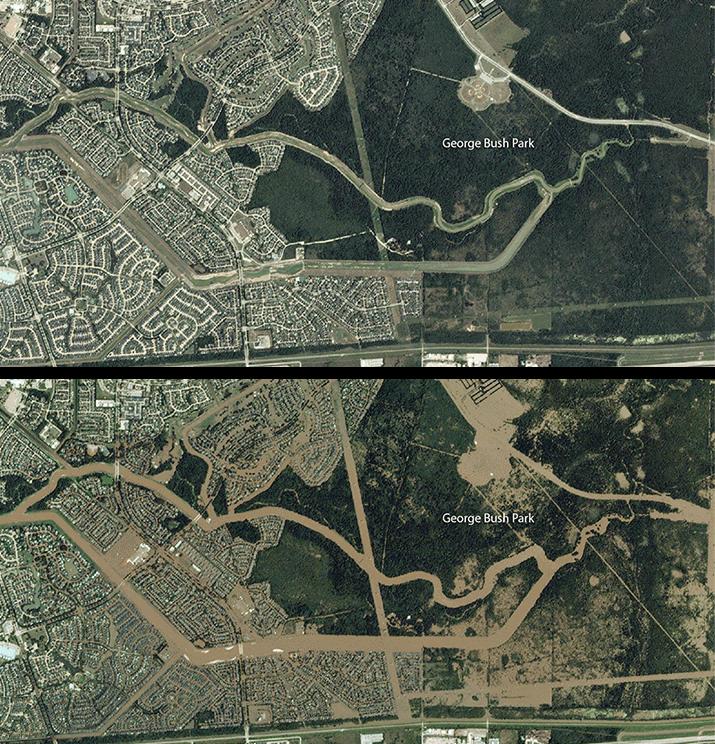 Planet, which is also sharing its imagery with humanitarian relief organizations, compiled a false color composite (bottom) showing Houston’s Buffalo Bayou flooding in the aftermath of Hurricane Harvey on Aug. 31.

Government and commercial satellites are helping to spot and track the paths and aftermaths of the multiple hurricanes that have hit the Gulf of Mexico and the Atlantic Ocean in recent weeks. Here is a look at the storms and some of the devastation they caused.