A Rare View of Jupiter 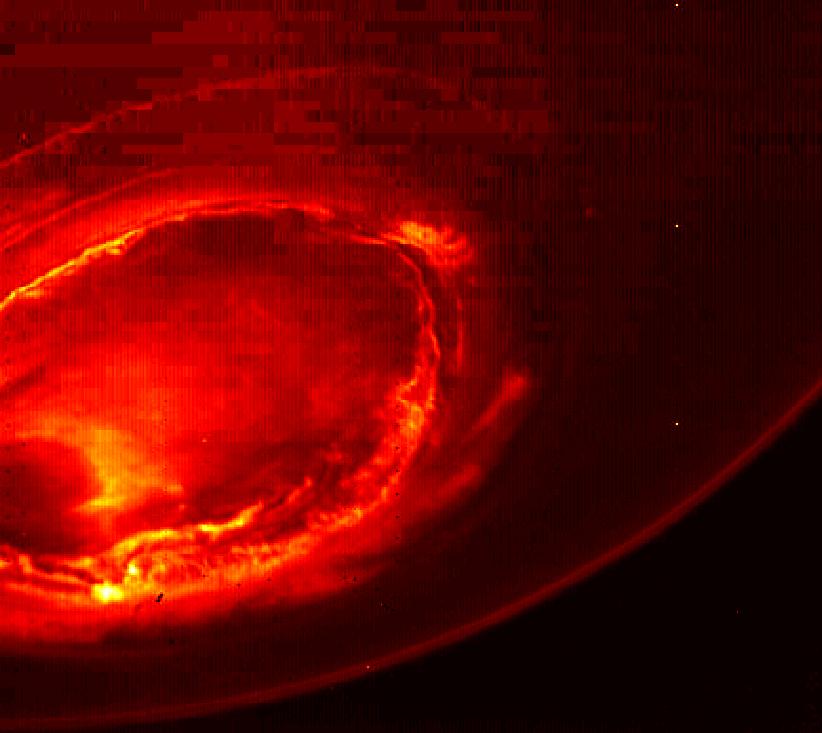 Jupiter’s south pole is captured in vivid detail using the Jovian Infrared Auroral Mapper. This is a mosaic of three images taken minutes apart as Juno moved away from the planet. It shows the wavelengths of light that are emitted by exited hydrogen ions. 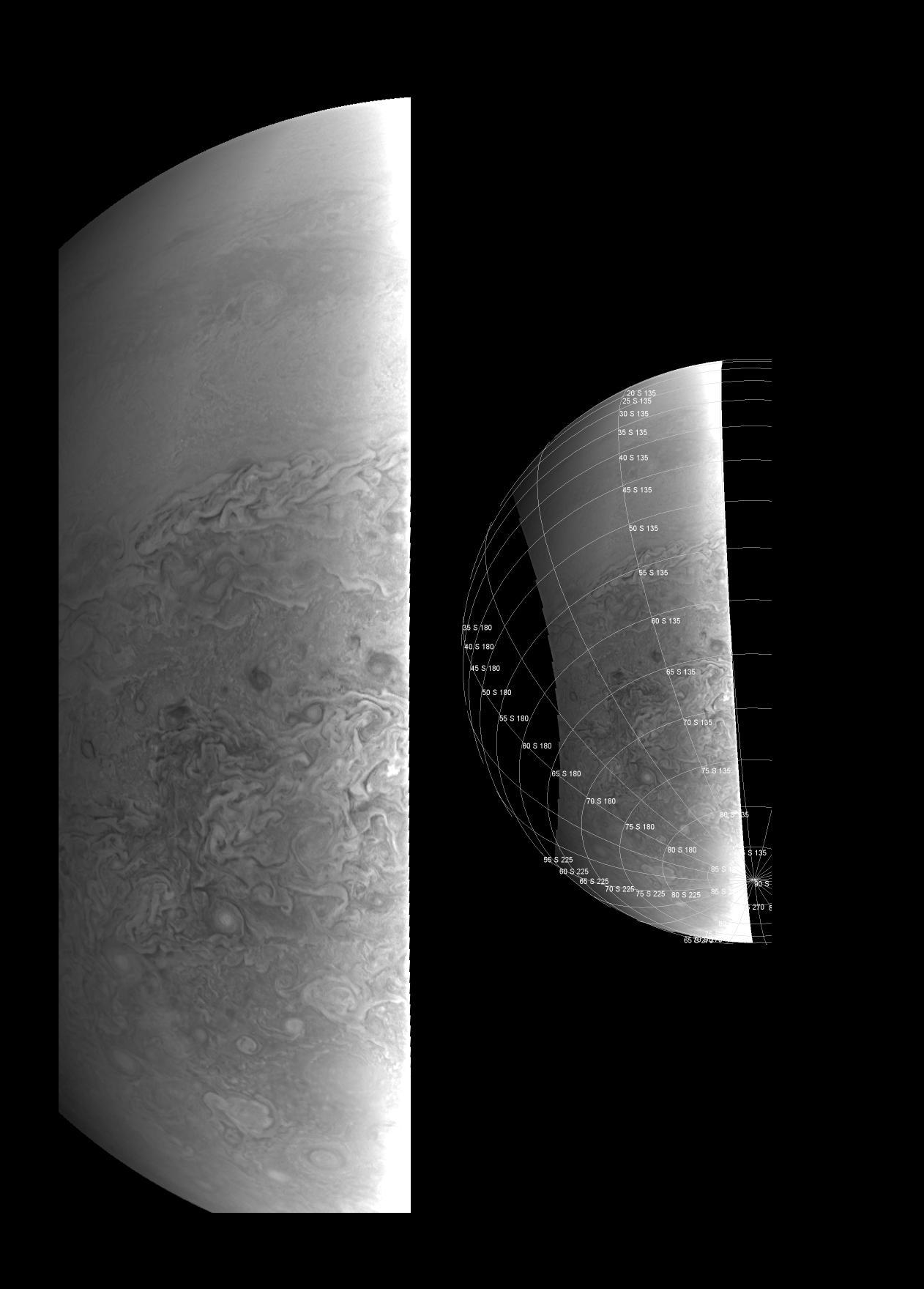 Junocam used its red spectral filter to record the southern hemisphere of Jupiter. The image covers a slice of the planet at 140 deg. W. Long. from the south pole to 20 deg. south of the equator. The image was processed to eliminate shading effects that occur near the dividing line between day and night called the terminator, which is caused by Juno’s orbit. 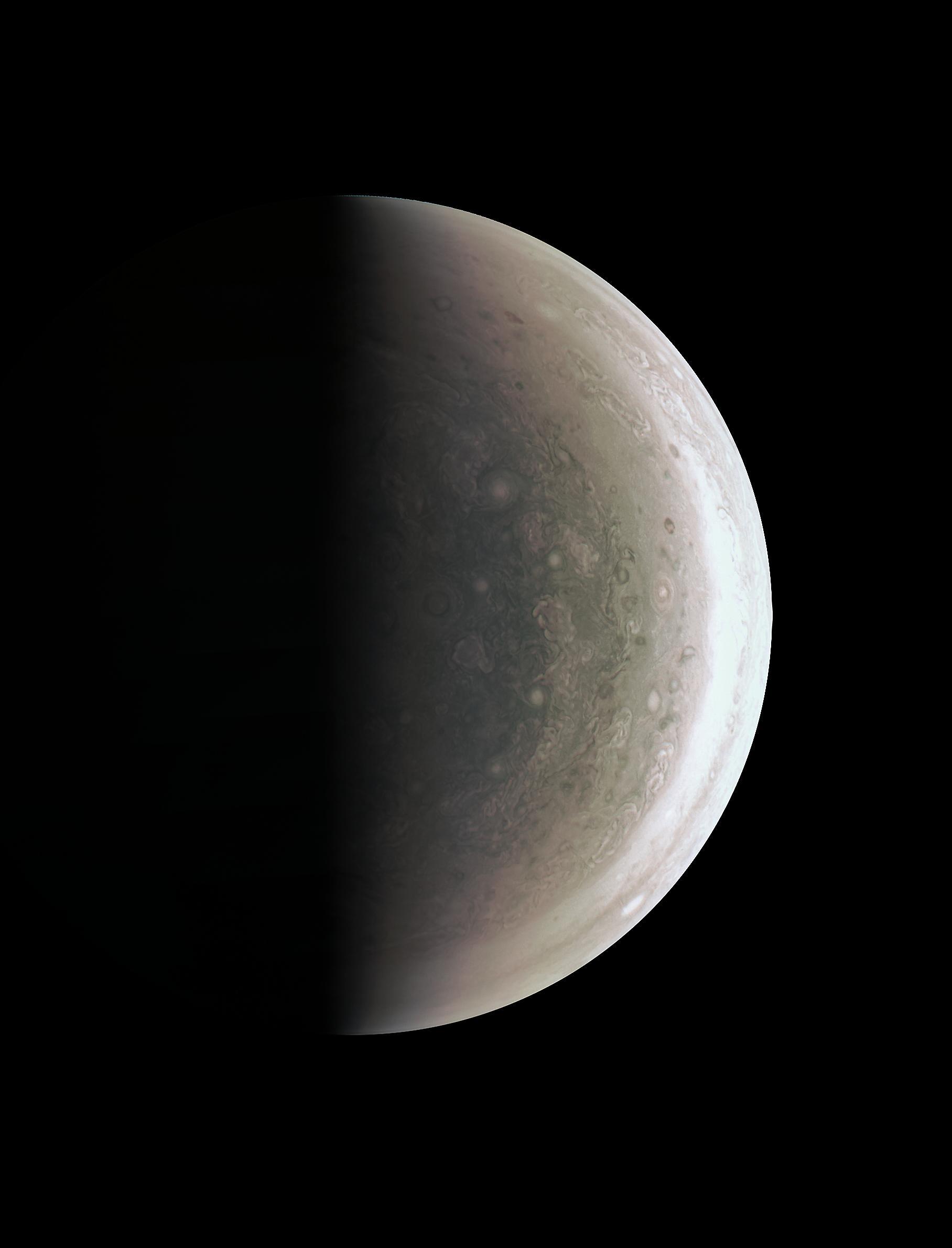 Jupiter’s south pole is full of storms of various sizes, similar to giant hurricanes, that rotate clockwise and counterclockwise. 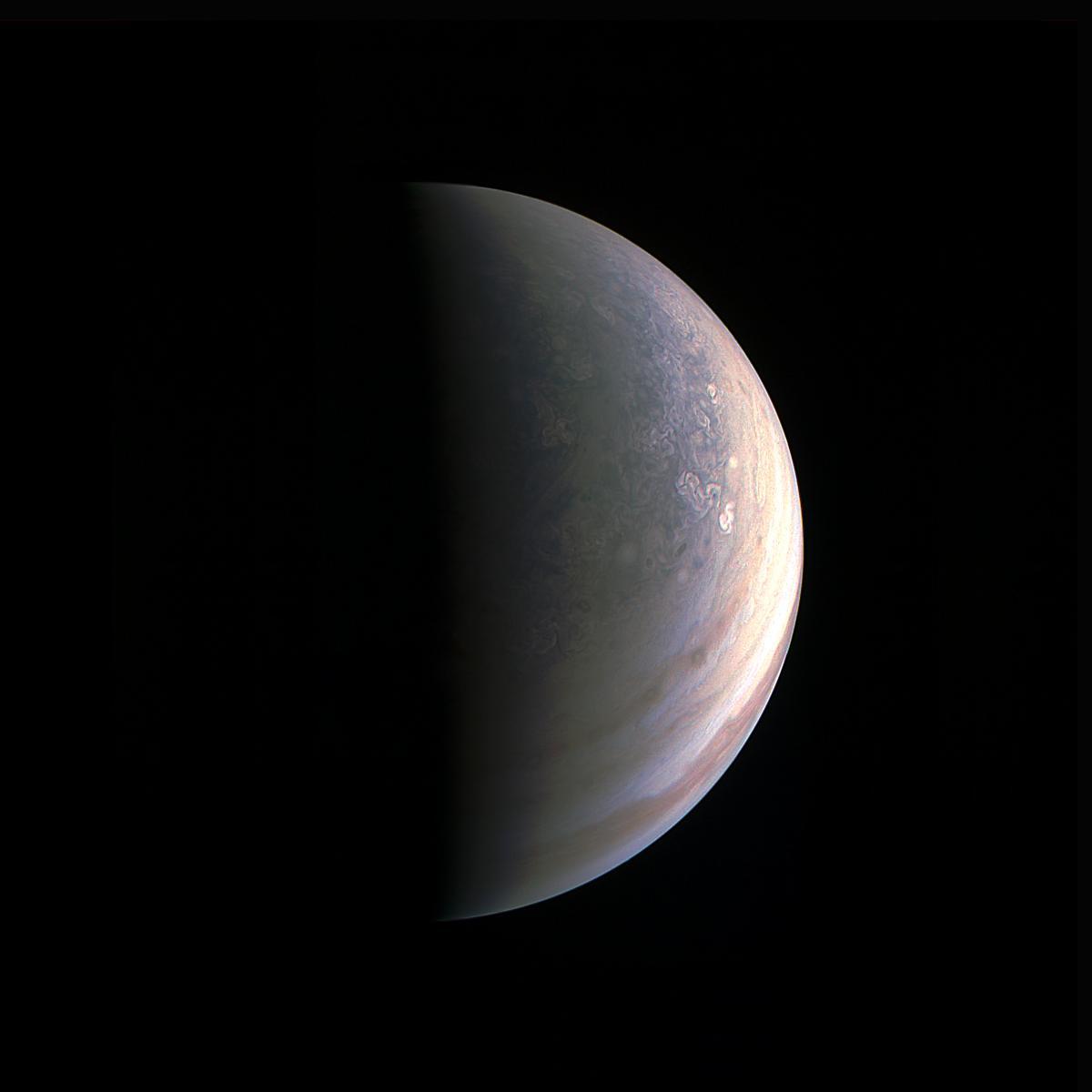 On the flip side, Juno also passed by the north pole on Aug. 27. JunoCam snagged this image about 2 hr. before the spacecraft’s closest approach. 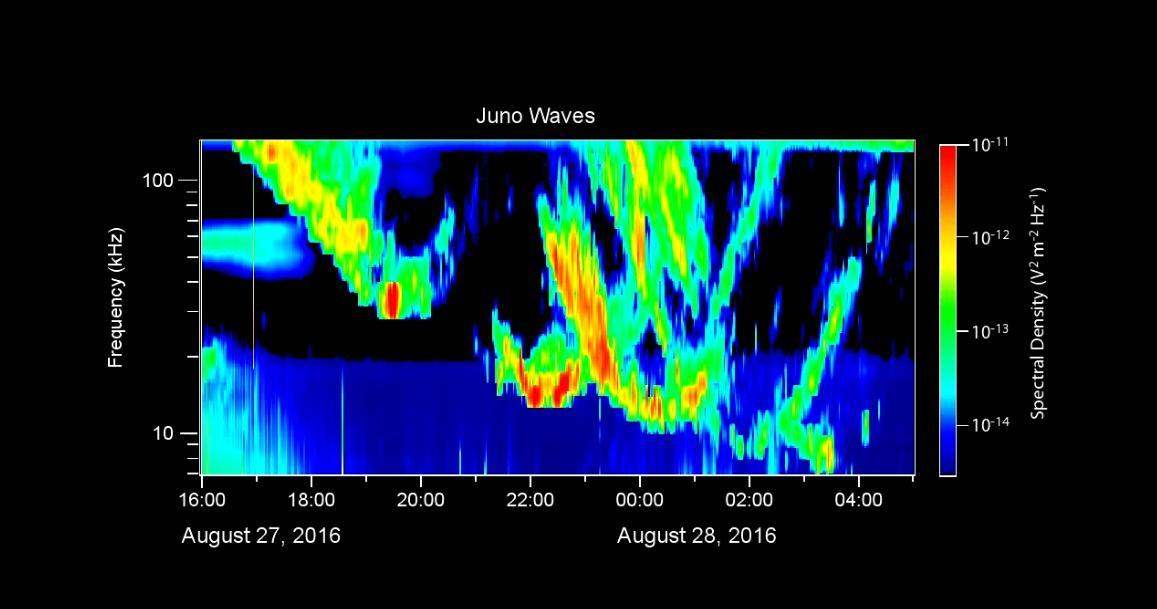 NASA’s Juno began measuring radio signals emitted by Jupiter shortly after its closest approach to the planet. Juno’s Waves instruments monitored the emissions that are associated with Jupiter’s auroras. In the image, warm colors indicate the auroras’ intensity. 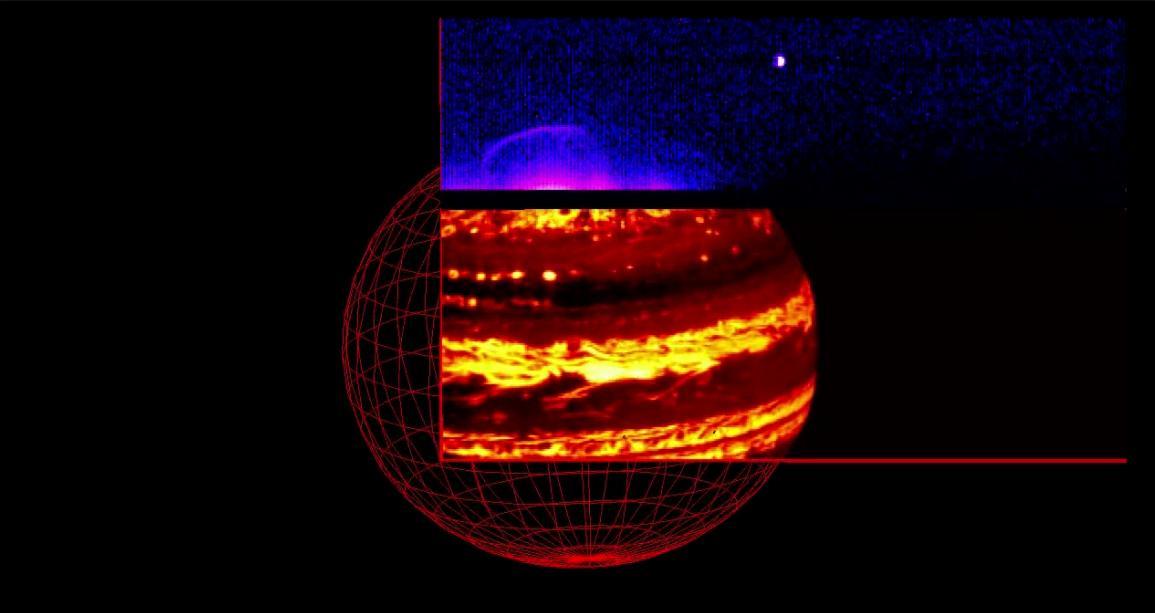 NASA's Juno mission yields a unique perspective on Jupiter from its late August flyby of the Solar System's largest planet.