The Mirrors Of The World’s Most Powerful Telescope 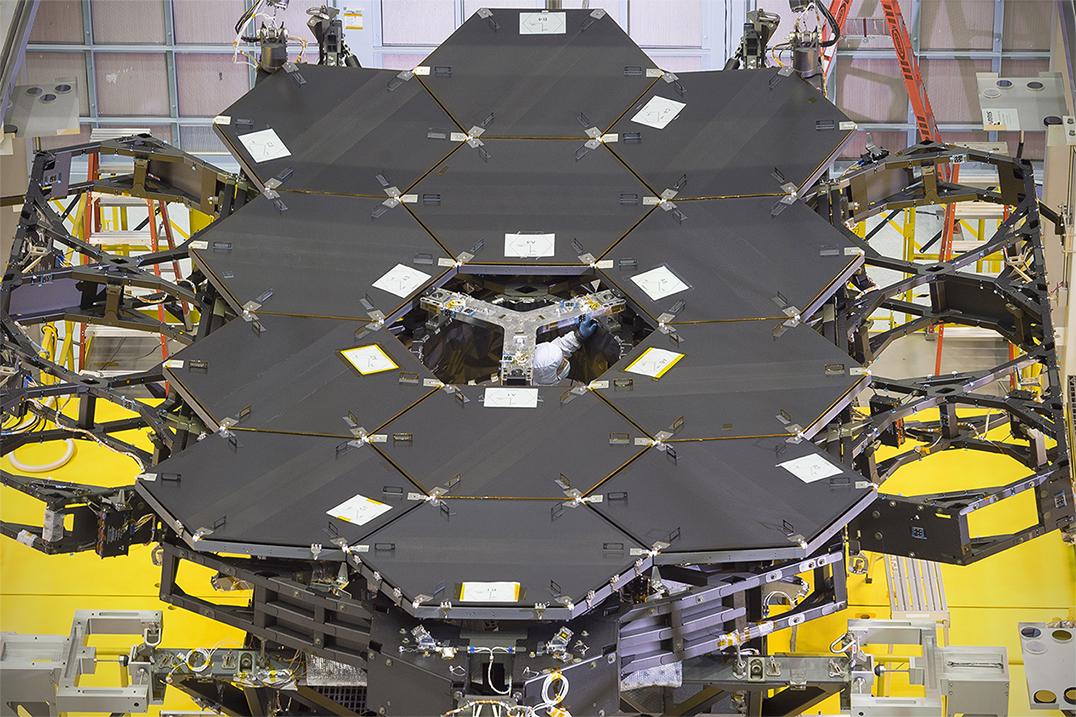 Piece by piece, NASA is installing the segments of the James Webb Space Telescope’s mirror. One dozen of the 18 that comprise the primary mirror have been put together. Each hexagonal-shaped segment weighs 88 lb. (40 kg) and stands 4.2 ft. (1.3 meters) across. The rest of the mirrors should be in place within months. 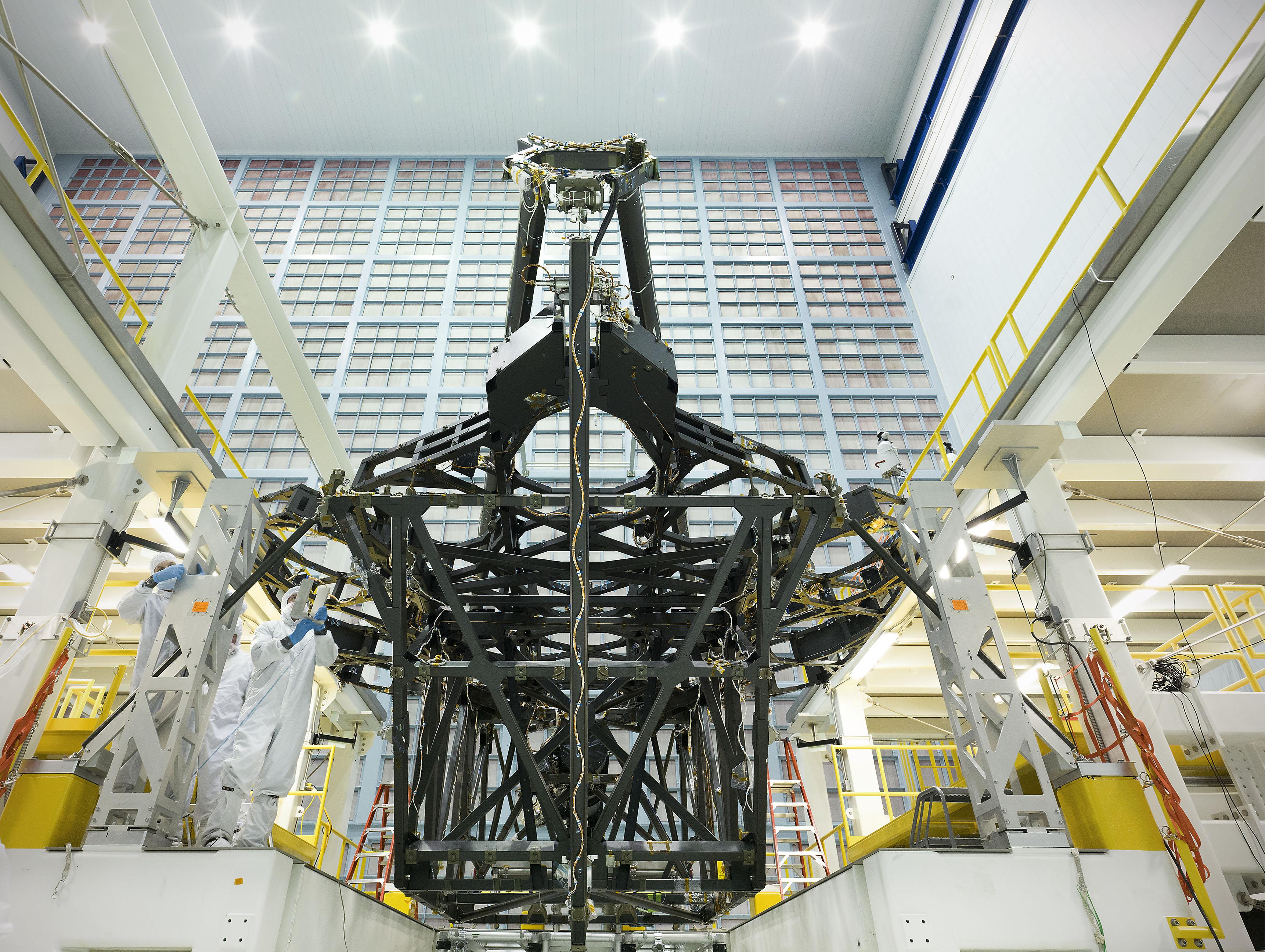 The mirrors make up just one component of the massive James Webb Space Telescope. They are being installed on the structure, which was lowered by a crane onto the yellow optical assembly stand. 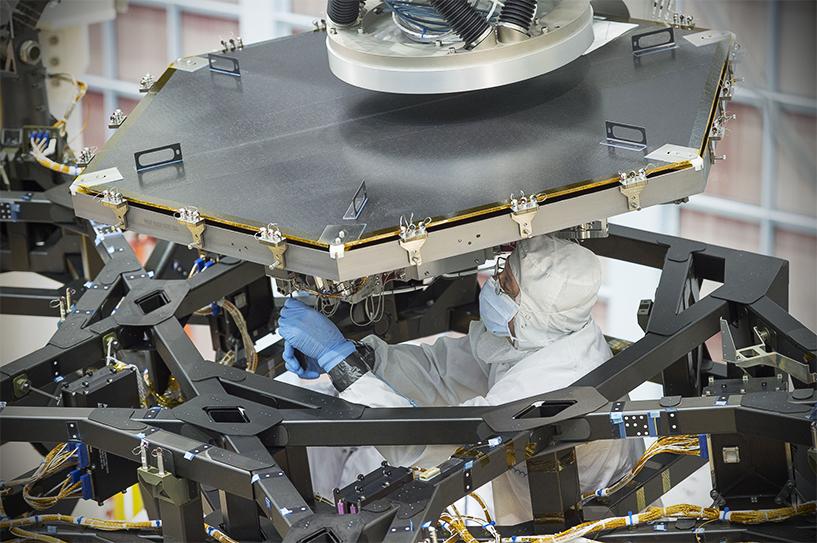 The first flight mirror, made of ultra-lightweight beryllium, was fitted onto the telescope structure in November. Ball Aerospace of Boulder, Colorado, is a subcontractor to Northrop Grumman on optical technology and the mirror system. 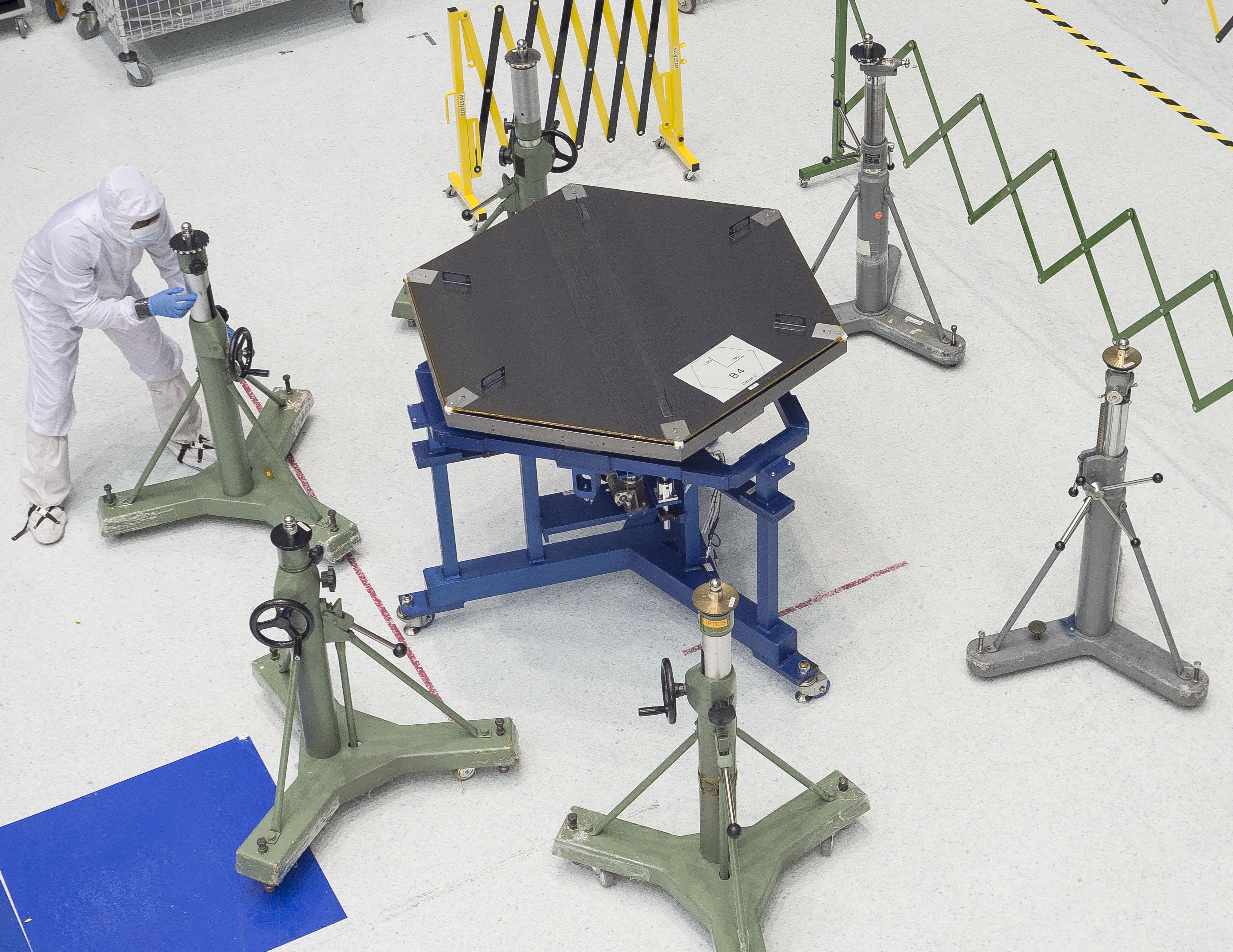 Each mirror must fit onto the telescope structure with extreme precision—smaller than the width of a human hair. Harris Corp. is installing the mirrors. 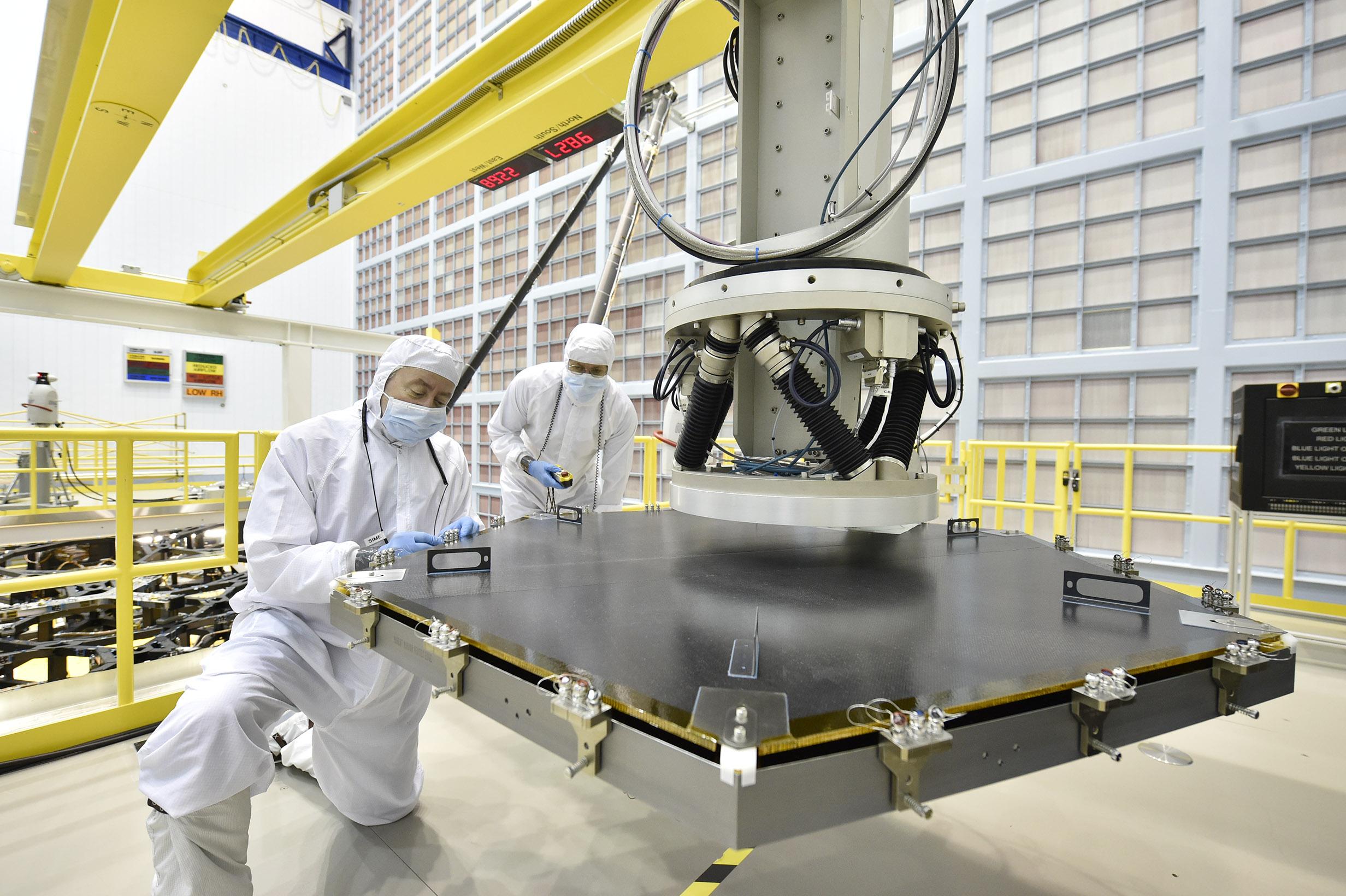 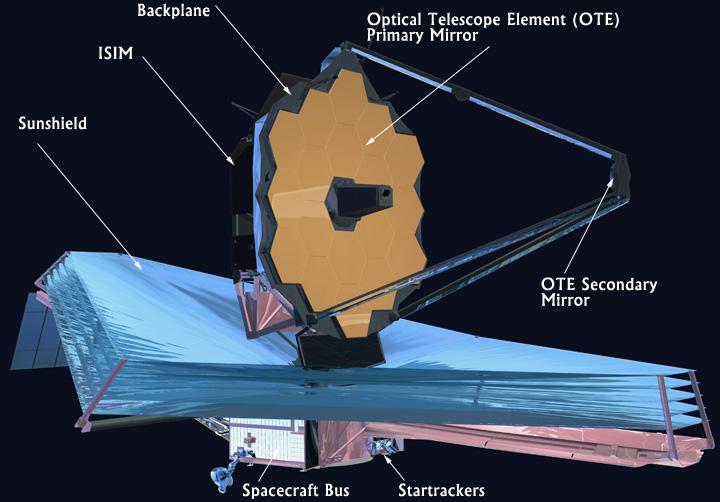 NASA is installing the most visible element of the James Webb Space Telescope, designed to provide images of the first galaxies ever formed. Assembling the telescope’s mirrors is but one component of the multibillion-dollar effort to study the stars and is projected to be completed within months. Later this year, NASA will be working to integrate the cameras and spectrographs that make up the Integrated Science Instrument Module, which is supposed to record faint signals from far-off stars.