Hubble And Juno Give Brilliant New Views Of Jupiter 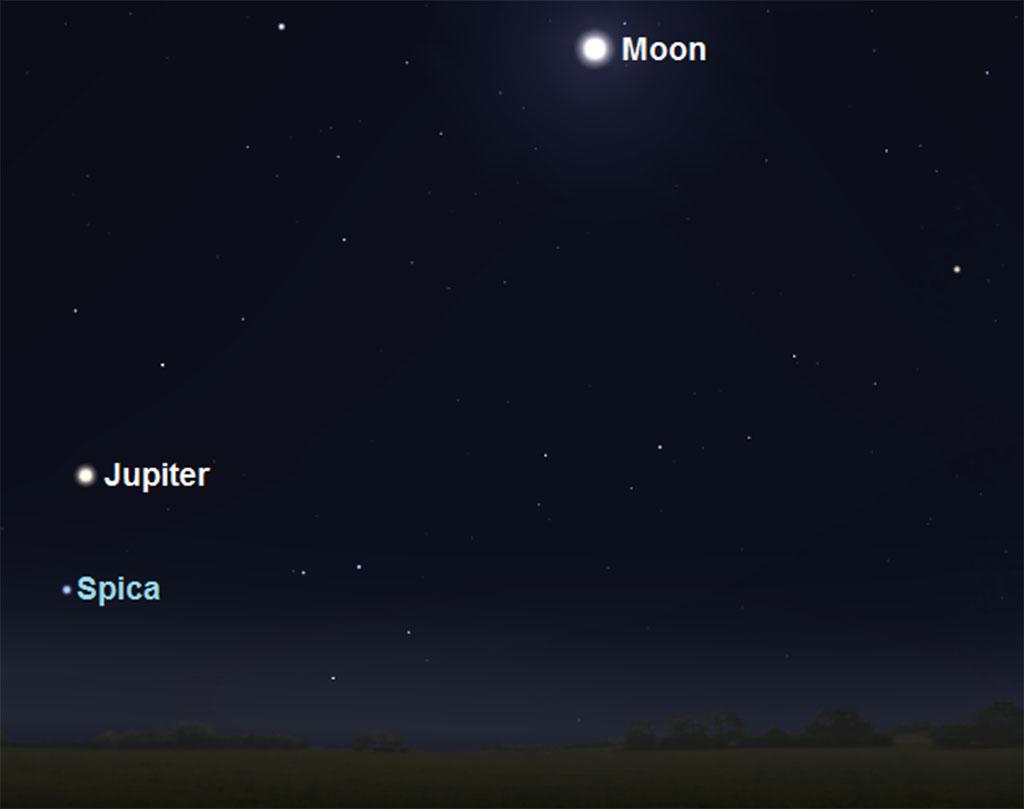 Jupiter reached opposition on April 7, presenting its brightest face to Earth from its position opposite the Sun. The bright star Spica is also visible in this image. 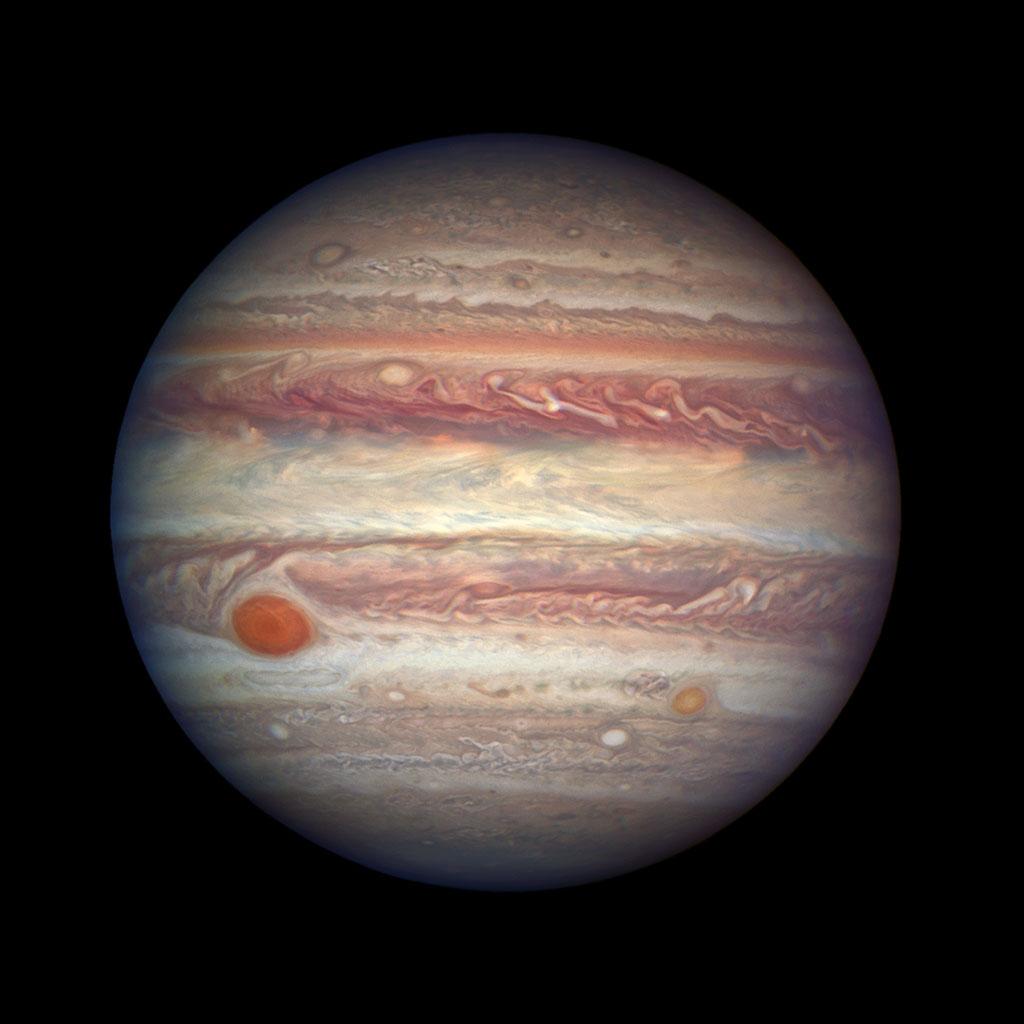 Portrait of a Planet

Features as small as 80 mi. across are visible in this image of Jupiter, collected when the planet was at opposition, by Amy Simon of Goddard Space Flight Center with the Hubble Space Telescope’s Wide Field Camera 3. The famous mottled atmosphere is the result of storms and vortices, produced by alternating winds blowing at speeds as high as 400 mph generated by rising clouds of ammonia ice. The Great Red Spot is a storm larger than Earth that was first observed in the late 19th century. 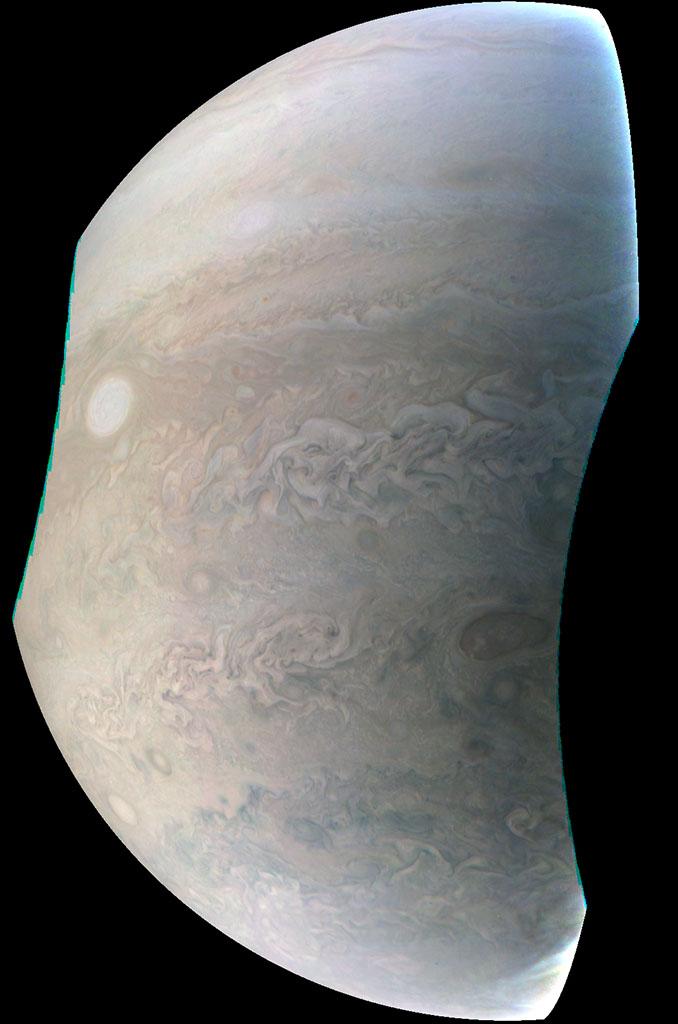 Juno’s JunoCam imager collected this image of one of the “pearls” moving across Jupiter’s cloudtops on Dec. 11, 2016, when the probe was 15,300 mi. from the planet. The massive storm is one of a “string” of pearls that has been observed in the planet’s southern hemisphere since 1986. Over that time, there have been 6-9 of the storms visible—a total of eight are visible today.

Juno is the first spacecraft to use solar power at Jupiter instead of nuclear batteries. The Sun’s energy is collected with three large arrays that give the rotating probe the appearance of a hurtling windmill in its orbit around the planet. 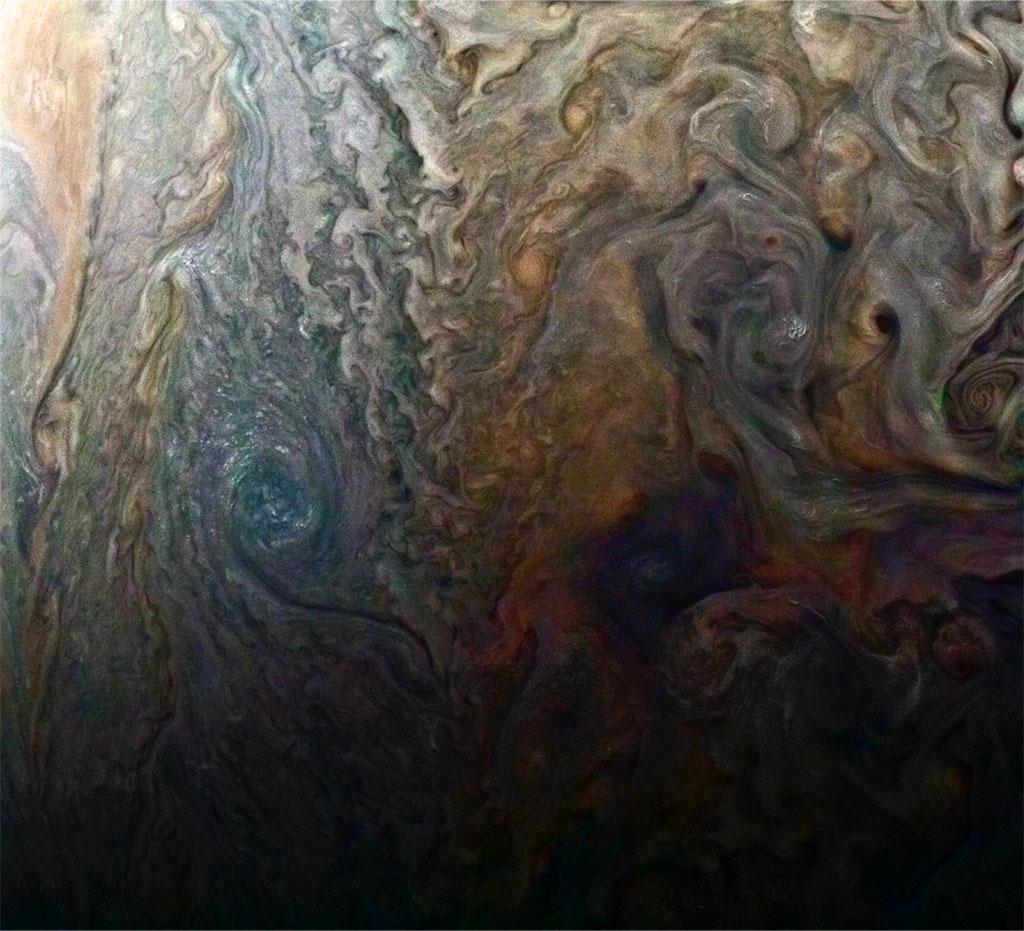 NASA has invited “citizen scientists” to target the JunoCam imager and help with the processing. Roman Tkachenko, a participant in the program, enhanced the color in this image collected on Feb. 2, when the spacecraft was 9,000 mi. above the cloudtops. It underscores the complexity of the storm systems swirling across the planet. 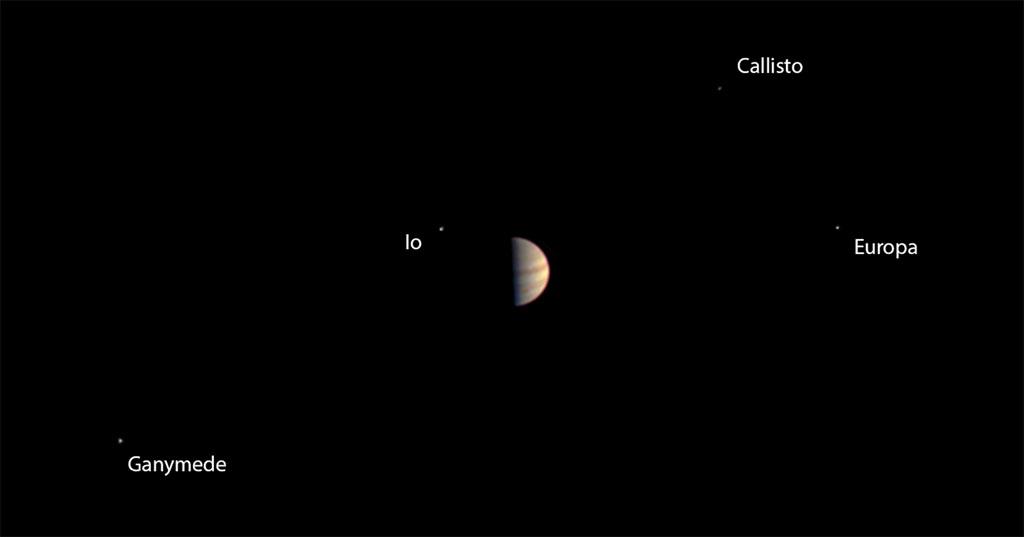 Last summer, controllers used JunoCam to produce this image of Jupiter and four of its largest moons as they prepared to send the Juno spacecraft into orbit. It was 3.3 million mi. from Jupiter when the image was collected on June 29, 2016, heading for the planet’s north pole. NASA is developing a new probe to study Europa, which some believe could shelter extraterrestrial life below its frozen surface. 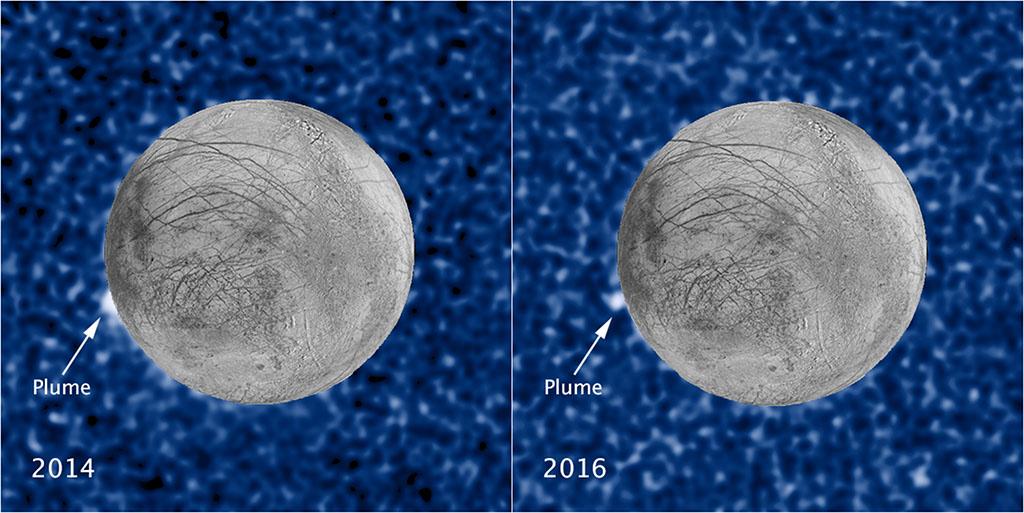 These Hubble images from 2014 and 2016 strongly suggest that a plume rising above the frozen surface of Europa is “a real phenomenon,” according to NASA, and not just a misreading of data. The space telescope’s imaging spectrograph first spotted the plume in ultraviolet light, spewing to a height of an estimated 30 mi. above the surface. The plume observed with the same instrument last year rises about 62 mi. Scientists believe the material is vented from a warm spot in the liquid ocean below the surface, offering a tempting target for the probe dubbed “Europa Clipper.”

At 414 million mi. from Earth, our Solar System’s largest planet appears smaller than the Moon, but much closer views are available from scientific spacecraft. The Hubble Space Telescope continues to observe Jupiter 27 years after it was launched, and the solar-powered Juno probe is providing unprecedented detail as it orbits the planet. Following are some of the newest images of the gas giant.